The cartoon below, whose URL is linked to the drawing, has now appeared in a gazillion places (for examples, see the results of an image search). It clearly implies that there’s a difference between the outcomes of equality an equity. But of course that depends on how you define them. (The cartoon also appears on the Peace Corps site, and is credited this way: “Equality vs. Equity – by the Interaction Institute for Social Change | Artist: Angus Maguire.” Image Found: interactioninstitute.org)

To me, “equality” means “equality of opportunity”: everyone from the moment of birth has the same possibilities open to them. Given income and class inequality, however, that’s a practical impossibility. All we can do is try to ensure that nobody is discriminated against when making important decisions based on factors over which they have no control. Upper-class kids will have opportunities, like tutoring, vacations, and private schools, that simply aren’t available to those with less money.

“Equity” means the same thing to almost everyone: groups are represented in schools, in companies, and in various trades in the same proportion they occur in the general population. Achieving that may be impossible as well given group differences in culture and preferences (as a reader mentioned the other day, there are few blacks in hockey, but many in basketball). Many people, however, think that “equality” and “equity” mean the same thing. Not to me, or, I suspect, to most of us.

The cartoon implies that equality is unfair, and what we must strive for is equity. Now I could argue that the cartoon’s literal interpretation is wrong: there is in the left panel no “equality of opportunity to see the game.” The goal of equal outcomes in everything is what Ibram Kendi sees as the only evidence that racism has been eliminated, and I think that goal—equity—is what’s instantiated in this cartoon. On the other hand, you could argue that giving everybody the same thing (the box) does not seem fair when people start from different places (the different heights of the three people). 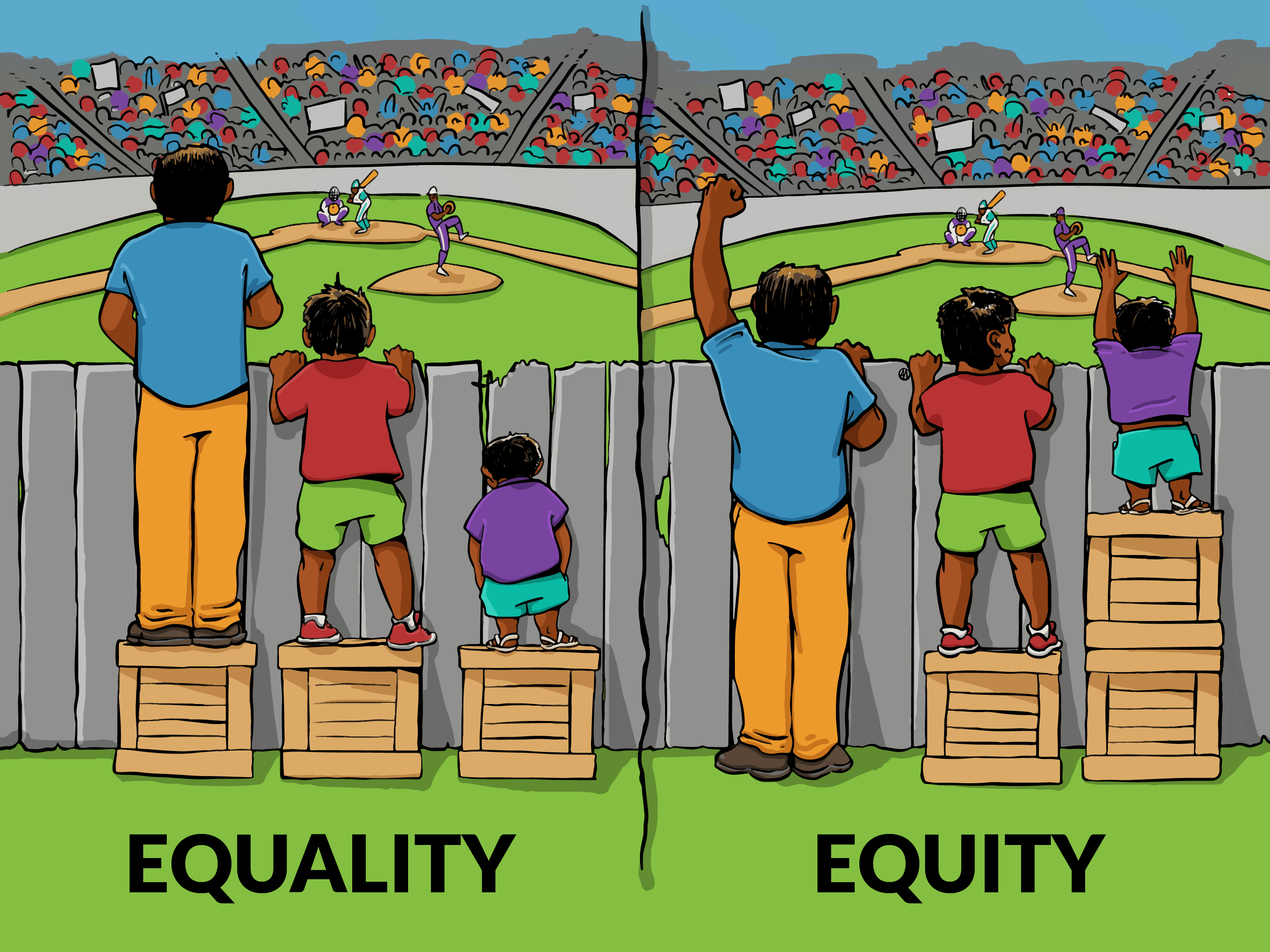 You might agree with the cartoon (I think it’s a tad misleading), or even with the striving for equity. This is really a discussion starter, so weigh in below.

94 thoughts on “Equity vs. equality: a cartoon”