The new Jesus and Mo strip, called “science”, deals with “presuppositionalism,”  (or “presuppositional apologetics”) defined in the strip. (You can also read about it here, and it will come up in a post later today when we learn that Christianity was necessary for the advent of science because science began as a way to understand God’s plan and his Roolz.)

The whole presuppositionalist enterprise is indeed question begging, as it presumes the truth of Christianity. 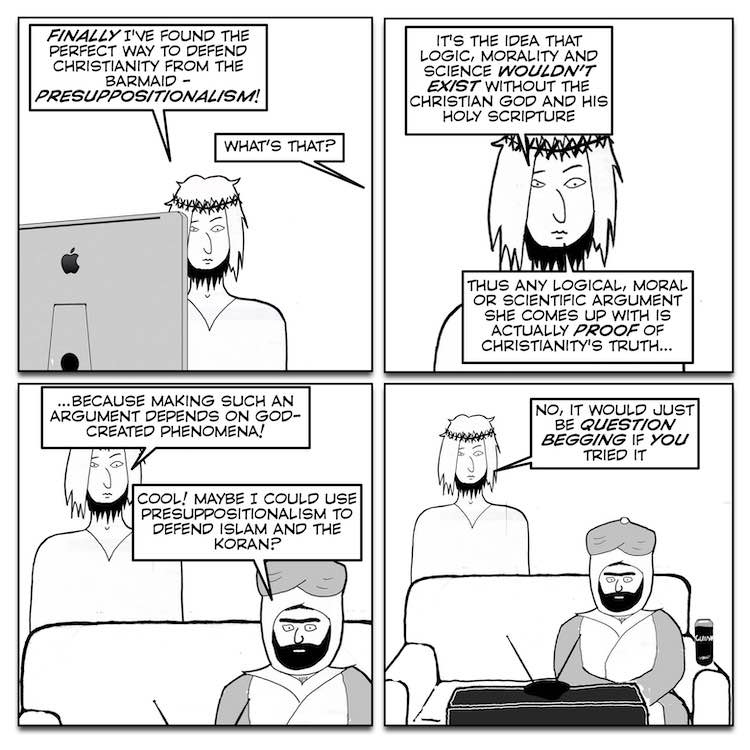