Keep those photos coming in, people! Thanks.

Today’s photos and a bonus video, come from reader Jim McCormac, whose “massive photo website” is here and whose blog is here. His captions and IDs are indented, and you can enlarge the photos by clicking on them.

Here’s some stuff from a recent West Virginia trip, most notably perhaps, bumblebees caught in the act of pollinating one of the bottle gentians.

Sunrise at Bear Rocks at Dolly Sods, West Virginia. I was at a conference in the nearby Canaan Valley recently, and tacked on time to visit this amazing mountaintop on August 22. 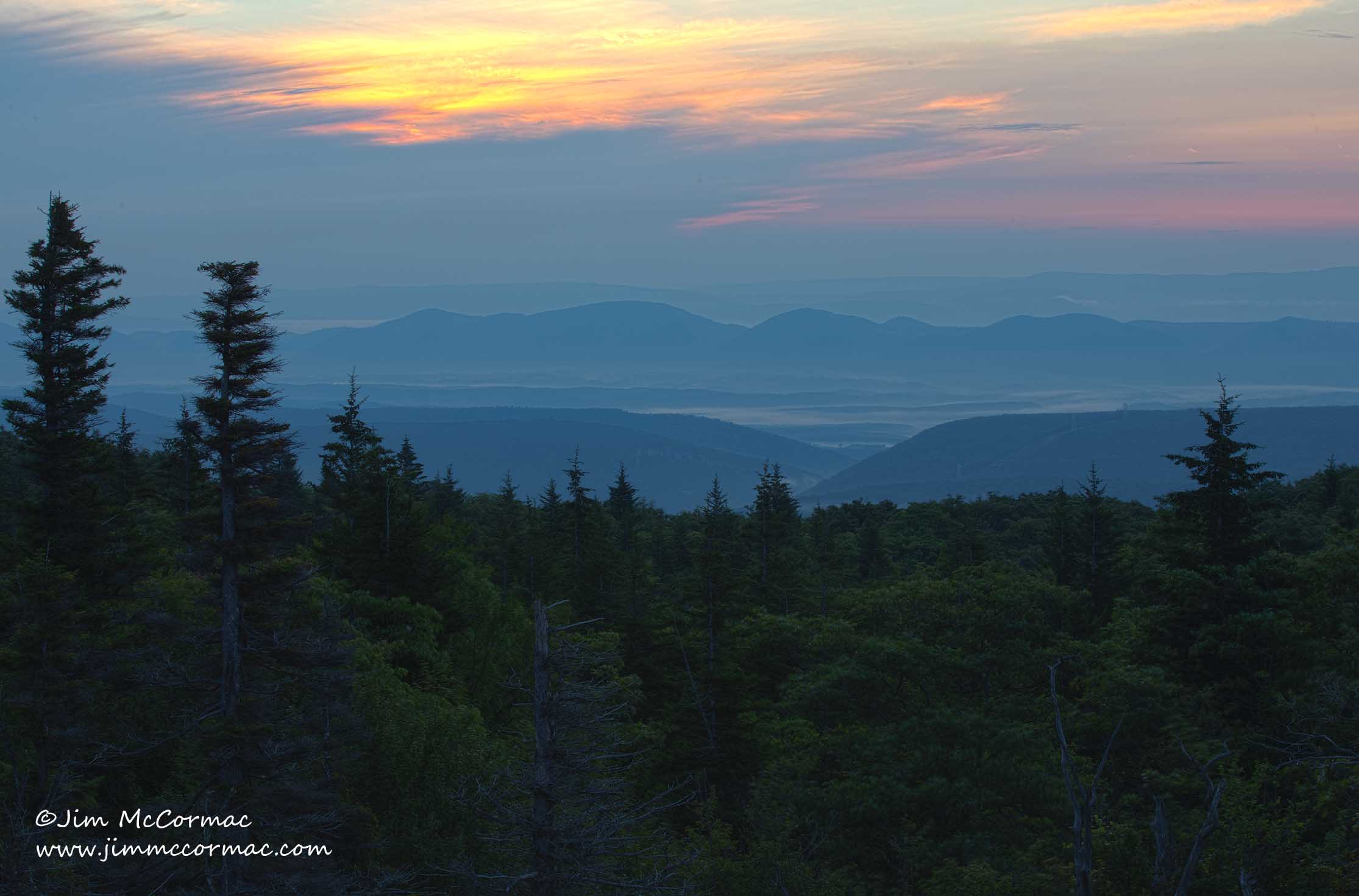 Although I saw no bears at Bear Rocks, I did see this beautiful American Black Bear (Ursus americanus) in the Canaan Valley. Bears in this region tend to be quite wary, as they are hunted (seasonally), and people train their dogs using bears year-round. I spotted this one a ways off, was able to get in a good position for photos as he approached, but as soon as he made me, he quickly disappeared into the forest. 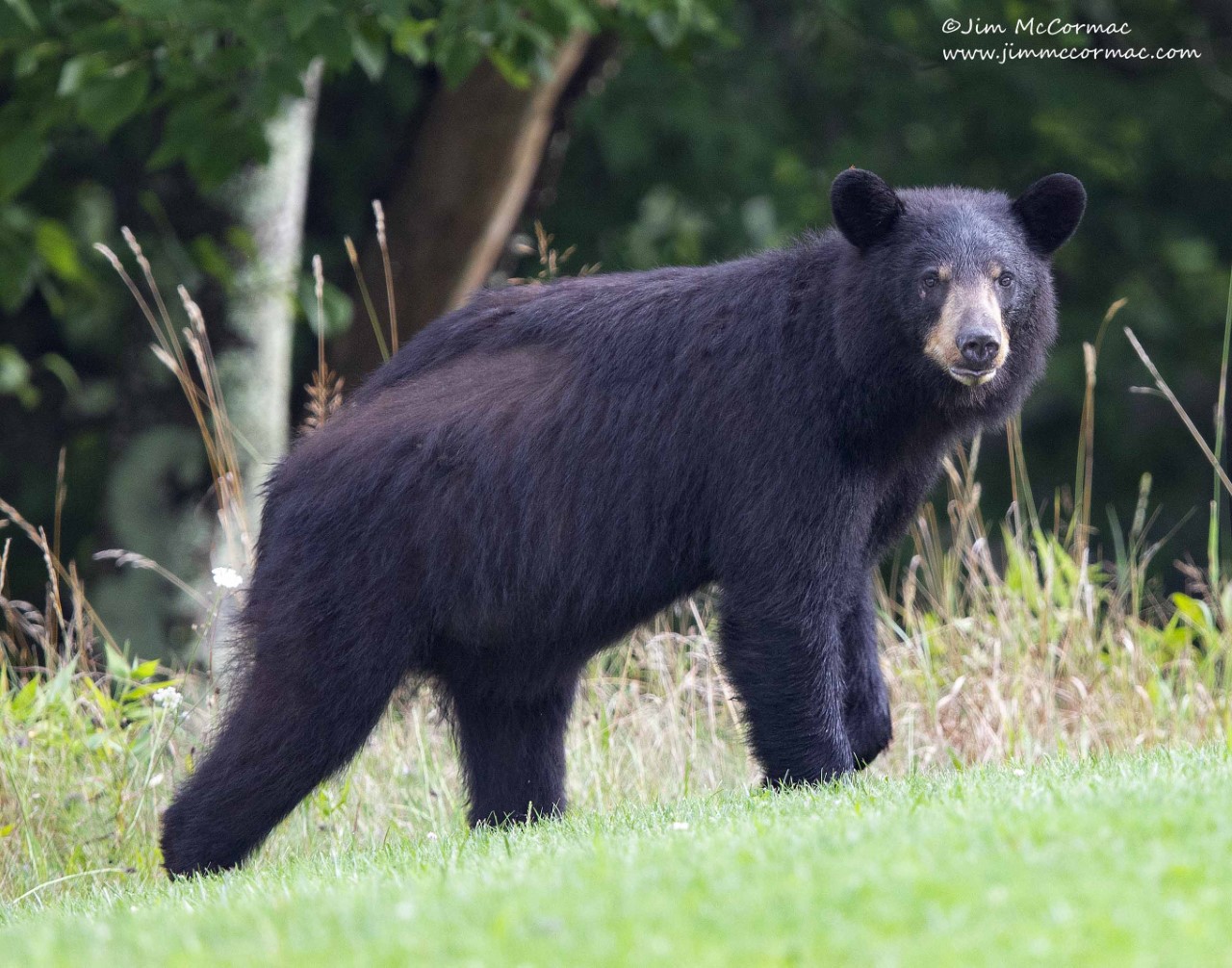 A tough Red Spruce (Picea rubens) ekes out an existence at Dolly Sods. Strong prevailing winds from the west, often accelerating to gale force, pound the trees relentlessly and those that are prominently exposed exhibit one-sided branching. This is known as the Krummholz Effect (German = “twisted wood”). Branches on the upwind side are stunted by the constant strong winds. 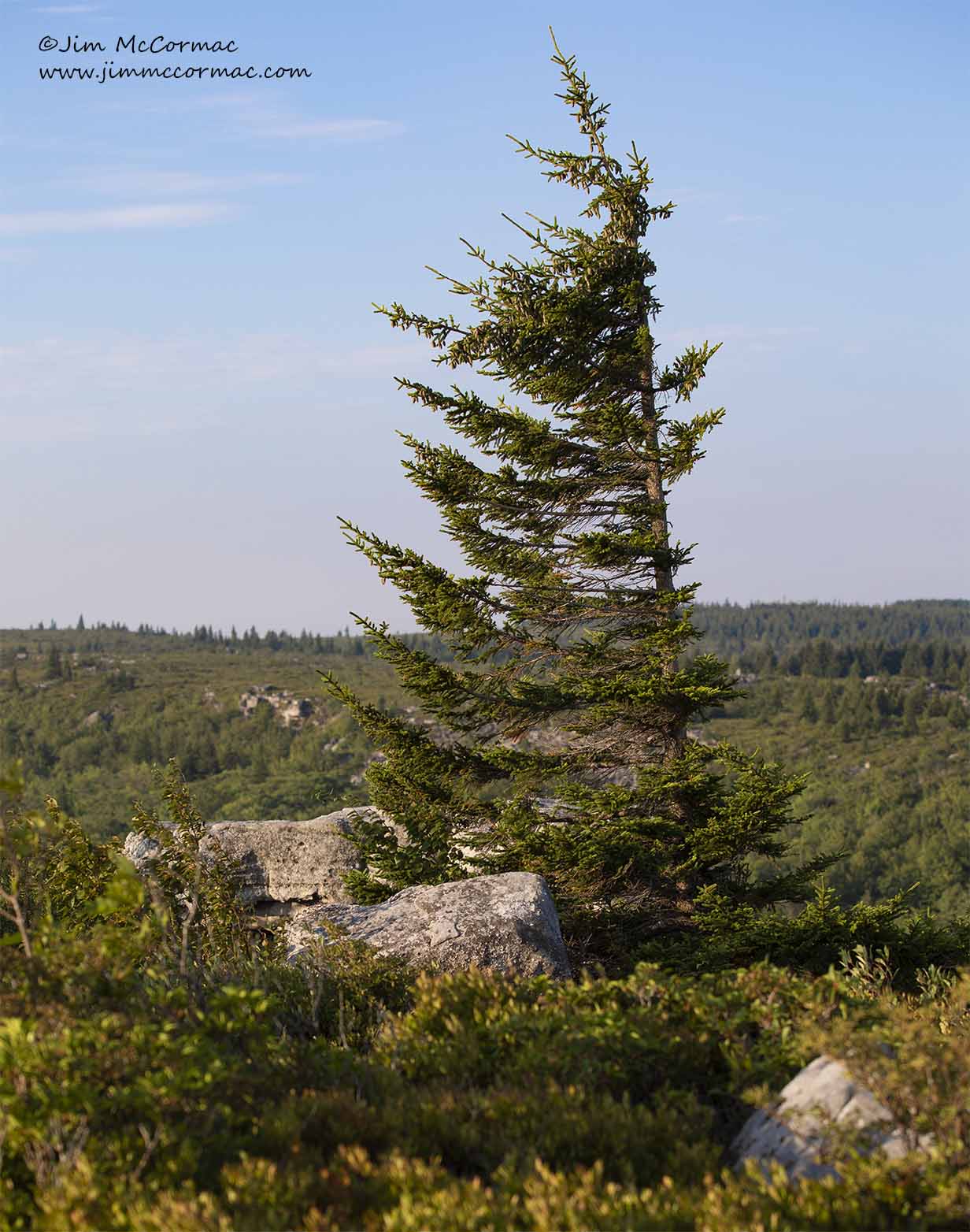 Fireweed (Chamaenerion angustifolium) still had some flowers, but mostly had passed to the fruiting stage. This elegant member of the Evening-primrose Family (Onagraceae) is one of the most photographed wildflowers of northern and montane habitats, where it can form breathtakingly large colonies. 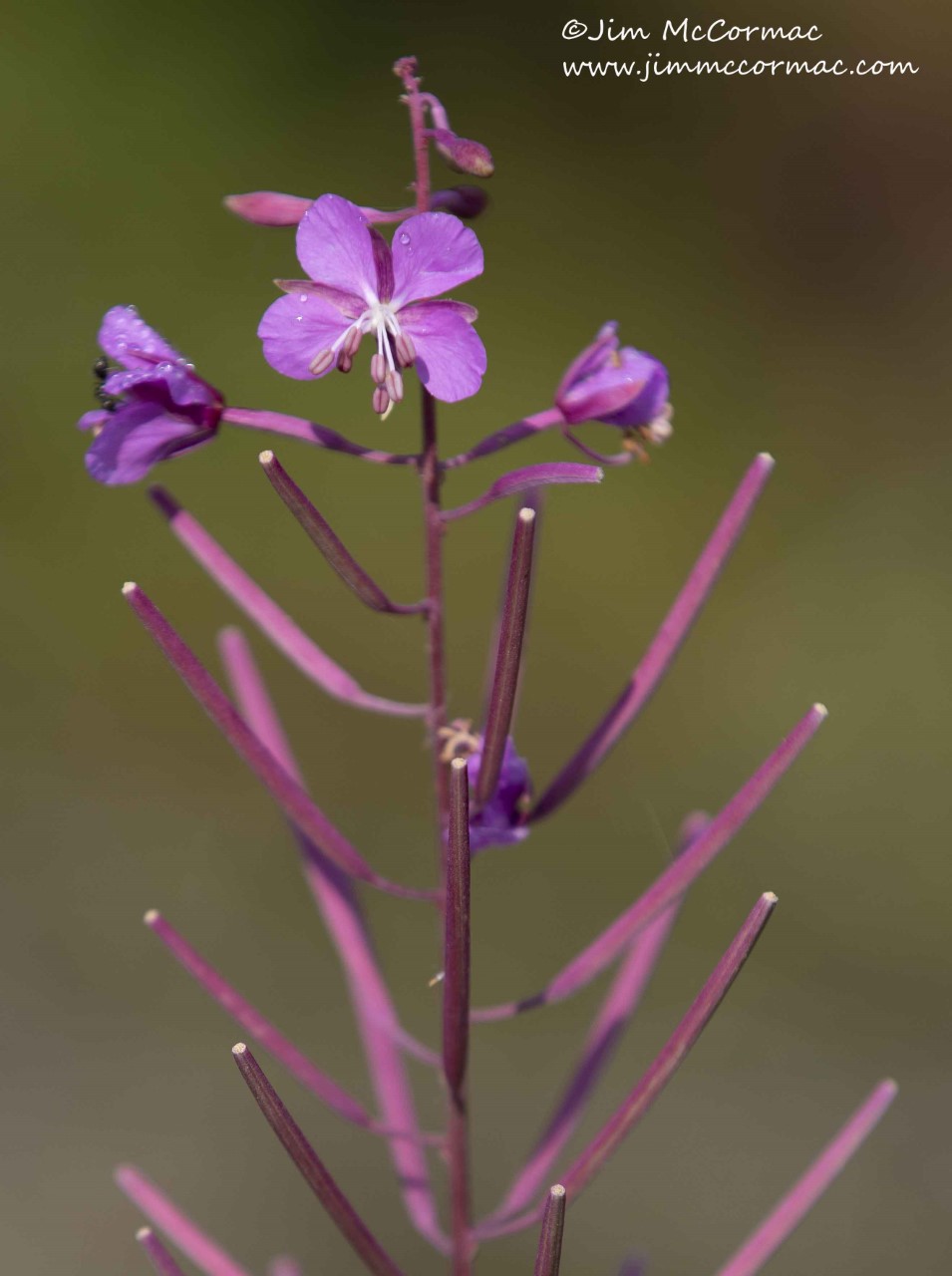 Long-fruited Sedge (Carex folliculata) with its distinctive elongate fruit (in sedge-speak, the fruit are termed perigynia). In my neck of the woods – flatland Ohio – this species is absent and it was a treat to see it again. Long-fruited Sedge is a northerner, extending southward at higher elevations of the Appalachian Mountains. 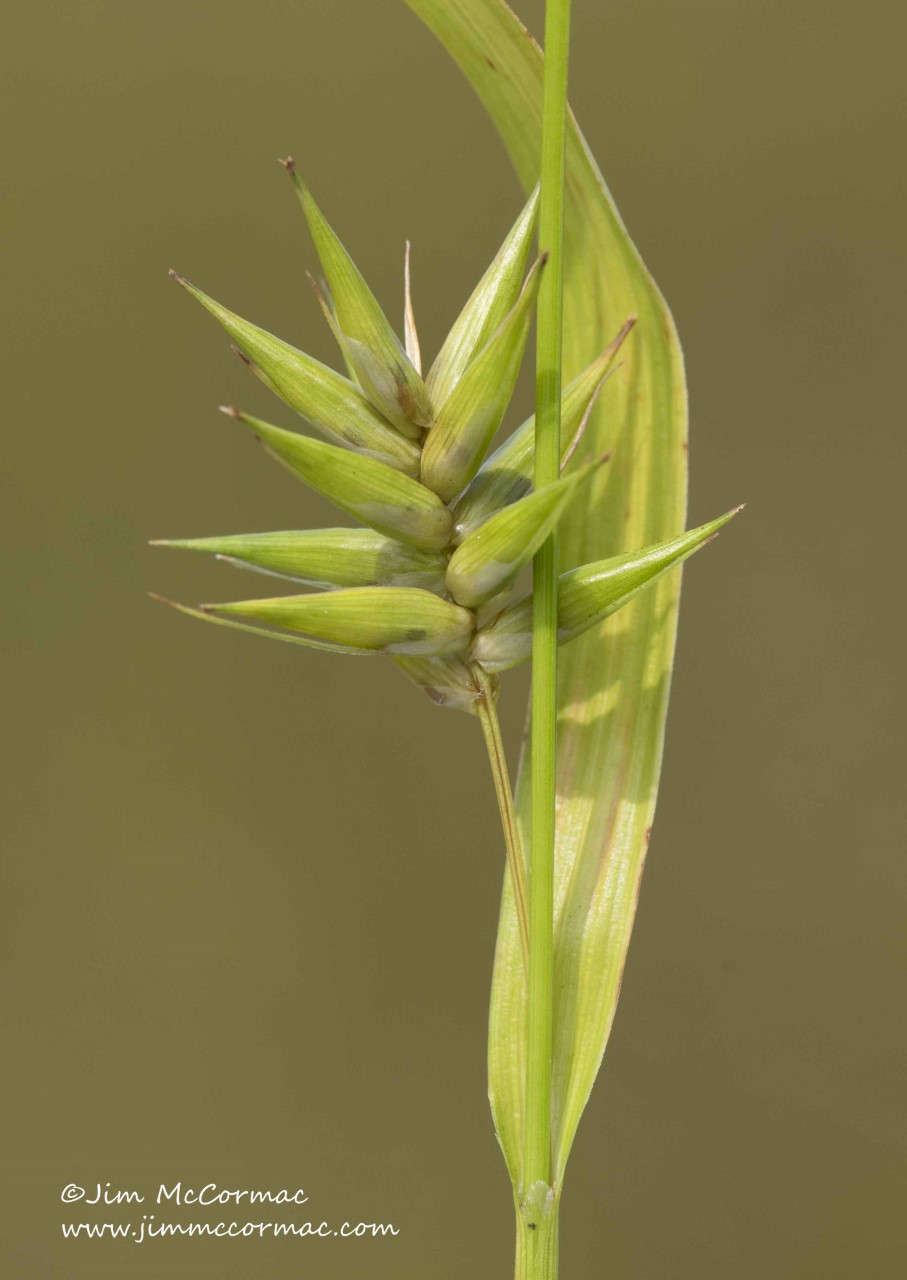 Glimmering dewdrops of death adorn the specialized hairs of Round-leaved Sundew (Drosera rotundifolia) leaves. I saw many of these plants in a bog at Dolly Sods. The sticky droplets lure small insects, who are stuck fast in the viscid liquid. This triggers a reaction in the leaf, which slowly enfolds the victim. After extracting nutrients from the insect, leaving a desiccated husk, the leaf unfurls and is ready for more action. This carnivory is an adaptation for life in nutrient-deficient bog substrates. 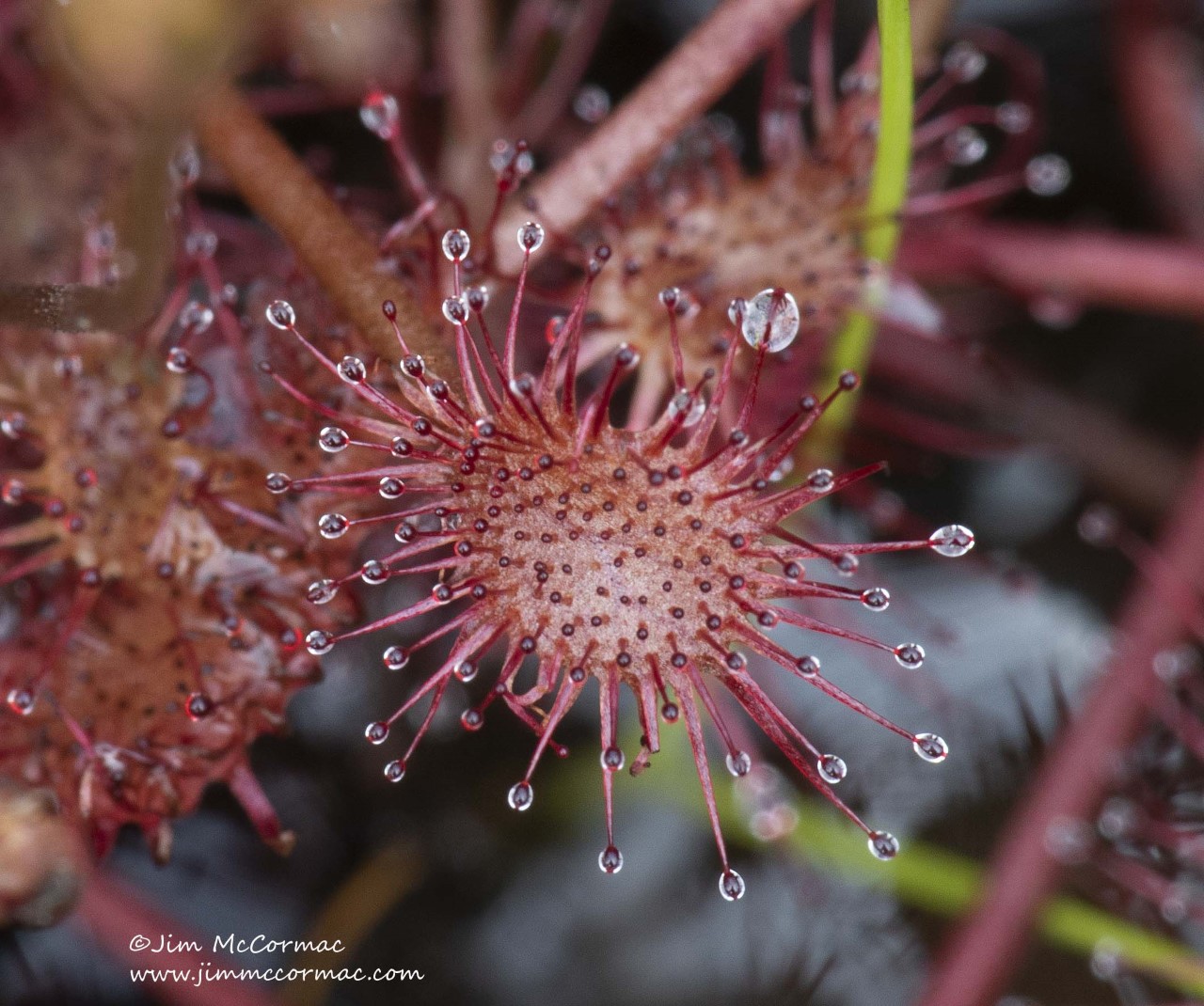 A botanical highlight of Dolly Sods was a colony of Narrow-leaved Gentian (Gentiana linearis). It is another northerner whose range extends southward in the Appalachians at higher elevations. Dolly Sods is near its southern limits. As it was the first time that I had clapped eyes on this species, I was particularly pleased to encounter the beautiful gentian. 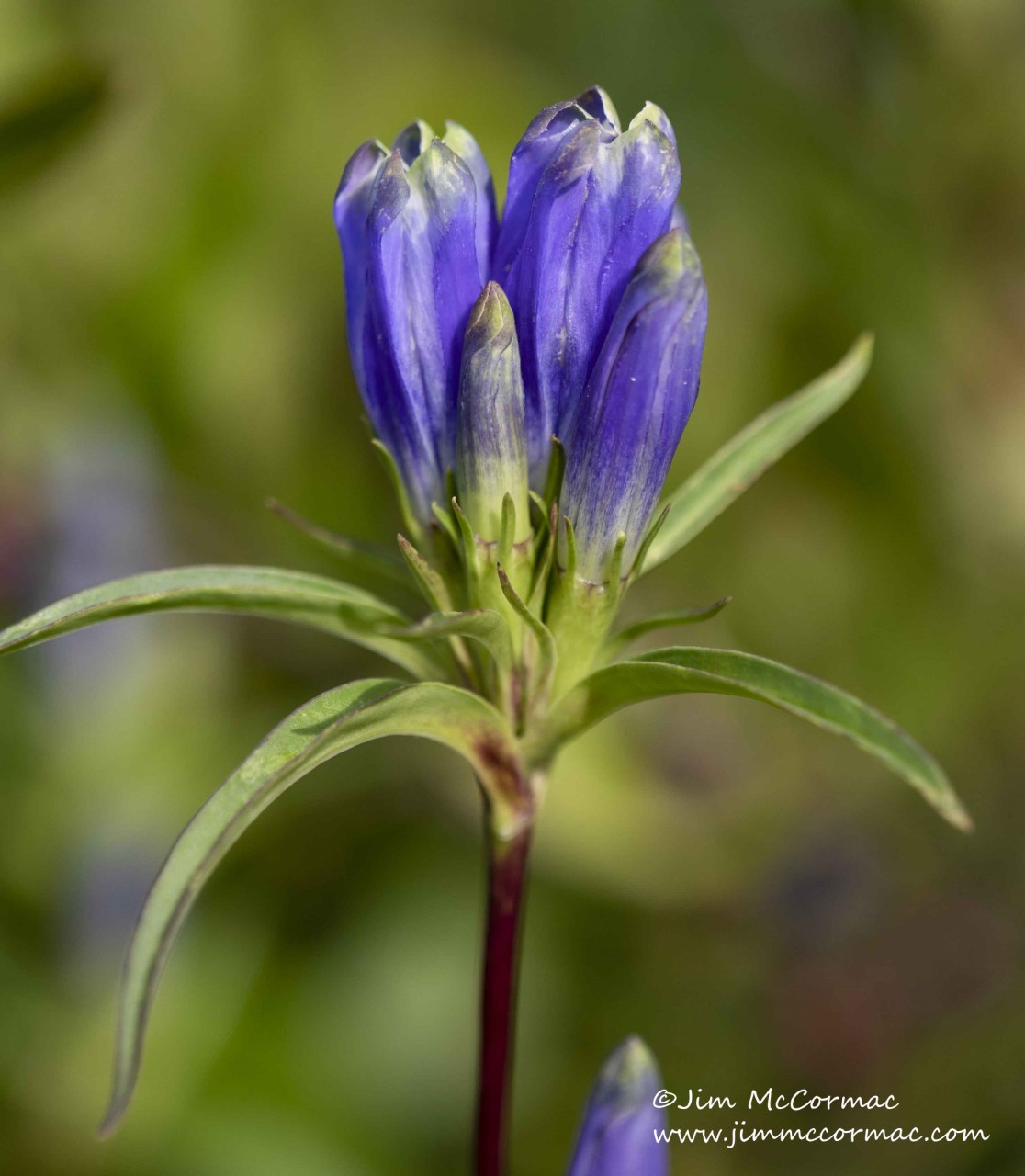 It got even better when I saw that numerous bumblebees were seeking nectar at the odd flowers. This group of “bottle” gentians are primarily if not exclusively pollinated by large bumblebees in the genus Bombus (I think the one in the photo is the Common Eastern Bumblebee, B. impatiens). The blue petals are fused together forming a tube, with a small opening at the summit. Colorful stripes acting as nectar guides adorn the interior of the flower, and while we cannot see them, the bees certainly do. 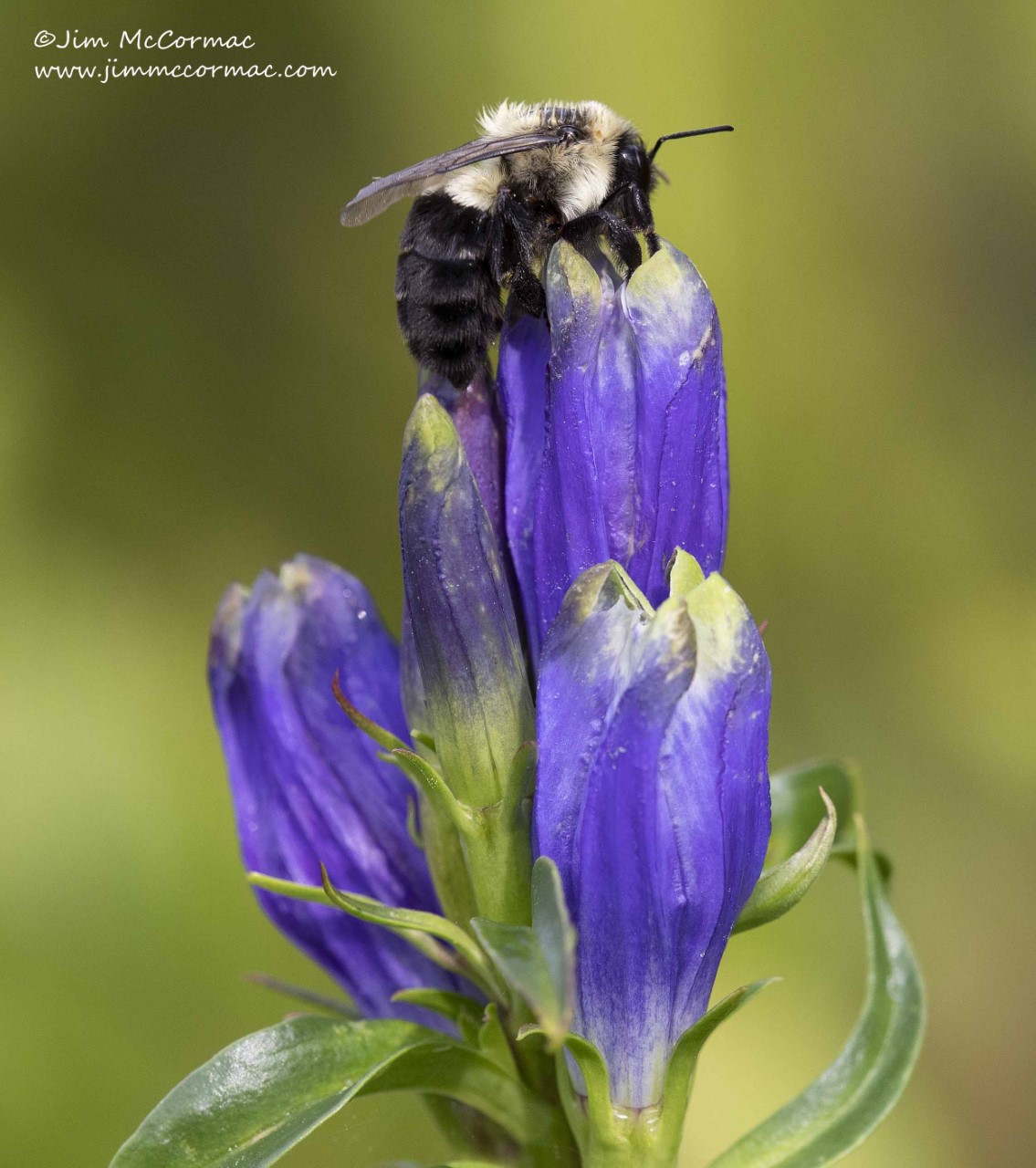 The following video shows bumblebees working a flower cluster. Once a bee spots the internal nectar guides, it works hard to enter the flower. Experienced bees quickly push their way in via the small pore at the flower’s summit, but it takes a powerful insect to open this “door” and gain access. Naive, young bees (presumably) will literally bumble about the flower’s exterior, seemingly baffled as to how to gain entrance. I saw this behavior several times. But once they have figured it out, they too quickly tap the nectar at the flower’s base and in the process provide pollination services.