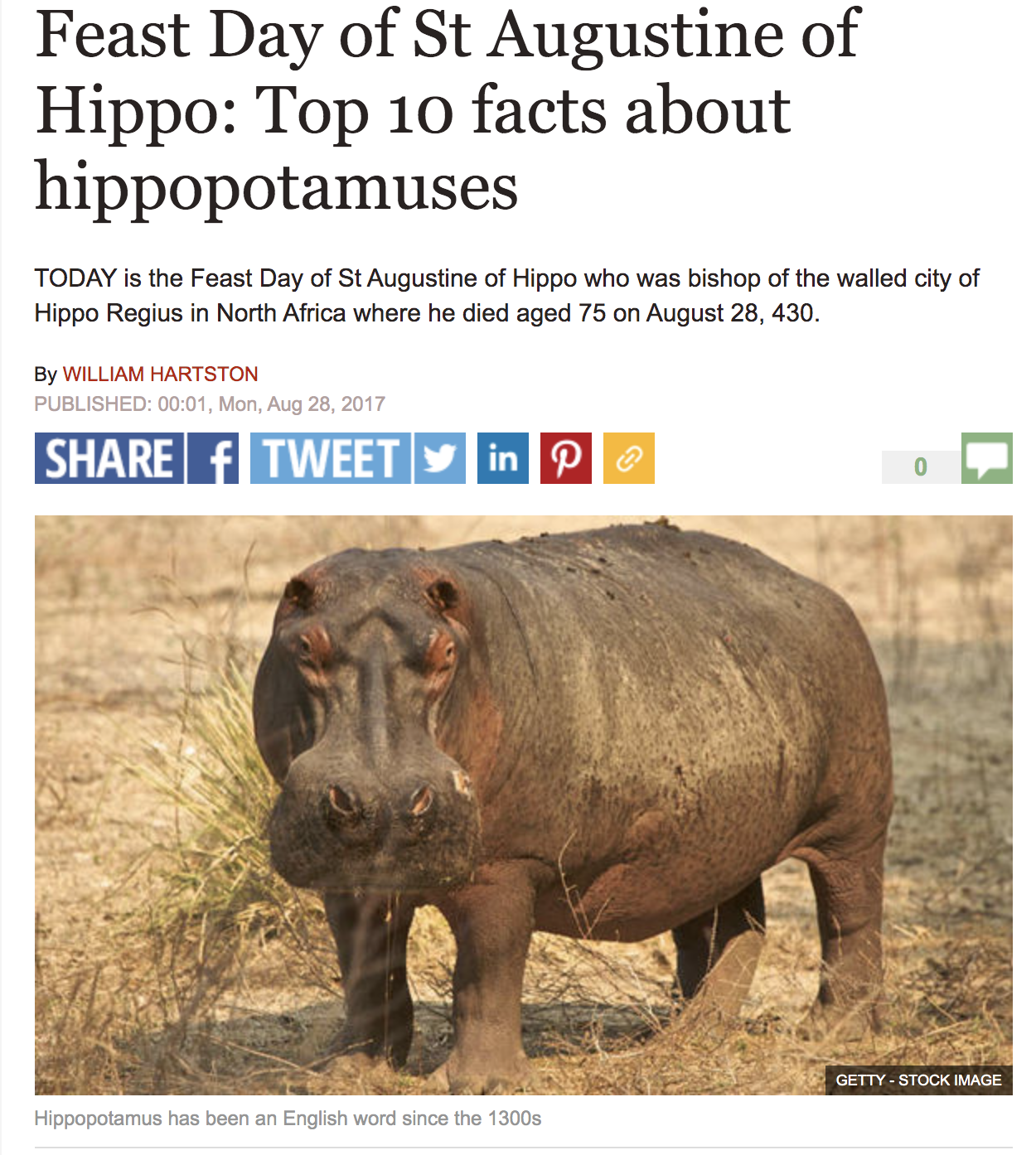 The latest update on the death toll in Afghanistan remains at 13 U.S. military, but the number of dead Afghans (some were Afghan-Americans with U.S. citizenship) now stands at 170, with over 200 wounded. It’s still chaos, but now the Taliban has locked down the airport, keeping people from even getting near it. 12,500 people were evacuated on Thursday, and as of yesterday afternoon 5,400 are inside the airport waiting to fly out. Pakistan, inundated with refugees, says it won’t accept any more.

Biden’s promise to exact retribution on ISIS-K for its suicide attack in Kabul has at least started: the U.S. launched a drone strike on ISIS-K yesterday. All we know is this:

“The unmanned airstrike occurred in the Nangahar Province of Afghanistan,” said Navy Capt. Bill Urban, a U.S. military spokesman. “Initial indications are that we killed the target. We know of no civilian casualties.”

But what was the target? Why is that a secret?

Politico reports that the U.S. provided the Taliban with a list of American citizens, holders of green cards, and Afghans who helped the Americans, all to facilitate the entry of these people into the Kabul airport. The downside of this is plain:

But the decision to provide specific names to the Taliban, which has a history of brutally murdering Afghans who collaborated with the U.S. and other coalition forces during the conflict, has angered lawmakers and military officials.

“Basically, they just put all those Afghans on a kill list,” said one defense official, who like others spoke on condition of anonymity to discuss a sensitive topic. “It’s just appalling and shocking and makes you feel unclean.”

The Biden administration’s reason is that such a list would help the Afghans get to the airport through Taliban checkpoints. It’s interesting, though, that as of Wednesday the U.S. took the Afghans off the list, leaving only Americans and green-card holders. The Taliban still have the names, though.

Sirhan Sirhan, convicted of assassinating Robert Kennedy in 1968, seems to have gotten parole. According to the Los Angeles Times, a California parole board recommended his release. Sirhan is 77 years old and has been in prison for 53 years. (Two of RFK’s sons spoke in favor of the release, one of whom said that he didn’t think Sirhan killed his father!) The state’s governor (whoever that is going to be!) could still block Sirhan’s release. Here he is in his mugshot in 1969 and then at his 15th and penultimate parole hearing—in 2016.

If you want to get a bit depressed about the rapidly changing and sometimes conflicting recommendations about the pandemic, including the need for boosters or inoculating young children, read Zeynep Tufekci’s NYT op-ed  “Show me the data!” She argues that too many decisions are being made too rapidly, and without the necessary data. To wit:

For example, much of the debate over whether vaccine efficacy is waning and boosters are needed has centered on Israel’s experience because it started vaccinating earlier than many other countries and is now administering boosters. Many charts and graphics from its Health Ministry about vaccine efficacy and booster effects have been floating around recently, leading to a lot of discussion among scientists and consternation on social media, as well as substantial media coverage.

Unfortunately, no raw data, let alone a research paper, was released until weeks after some figures started appearing. That led to scientists squinting at screenshots, trying to reverse engineer graphs. Needless to say, this is less than ideal, not the least because the vaccine and booster data from Israel suffers from confounding. After early reports and charts caused a lot of concern by suggesting the Pfizer vaccine’s efficacy may have fallen by as much as 40 percent, an actual preliminary report released weeks later showed that figure was too confounded to be reliable.

In another example, a recent Israeli chart appears to show that a booster shot provides a great deal of protection even a single day after it has been administered — which is essentially impossible. Many things could be going on, including behavior change among those first in line for the booster.

I’ll just ask my doctor if and when to get a booster shot, as he keeps up with this stuff and in fact wrote recently that the universal call for the “third shot” is premature. I’m pretty sure I’ll get the booster, though. What’s the downside (there is one: it deprives poor countries of needed vaccine).

Check out this headline from the Victoria News in Vancouver (click on screenshot).  (h/t Ken)

If you think I’m a duck lover, meet Khim Khiang of Nanaimo, British Columbia. A duck egg he planned to eat hatched an adorable duckliing, and, well, it was all over.

The couple decided to keep the duck and named him Tiny.

“He was so cute,” [wife] Marlow smiles, recalling how the bird would fit in the palm of her hand or perch on top of one her children’s heads.

Kaing woke up at five o’clock every morning to care for Tiny. He would spend three hours with the duckling before work, hand-feeding him a breakfast of bugs on a stick, before allowing him to cuddle near his neck.

One of the best times with the bird was tub time.

“He was so tiny in the bathtub,” Marlow smiles, before showing video of Kaing leaning over the tub’s edge protectively watching the duckling swim. “But he got bigger! So his bathtub had to get bigger!”

Three hours each morning! No wonder the duckling bonded with Kaing. Now they’re a pair, and go for walks together and go boating. Here’s a photo. This isn’t a wild mallard, so it must be some domestic breed. There’s a really lovely video on the page as well. 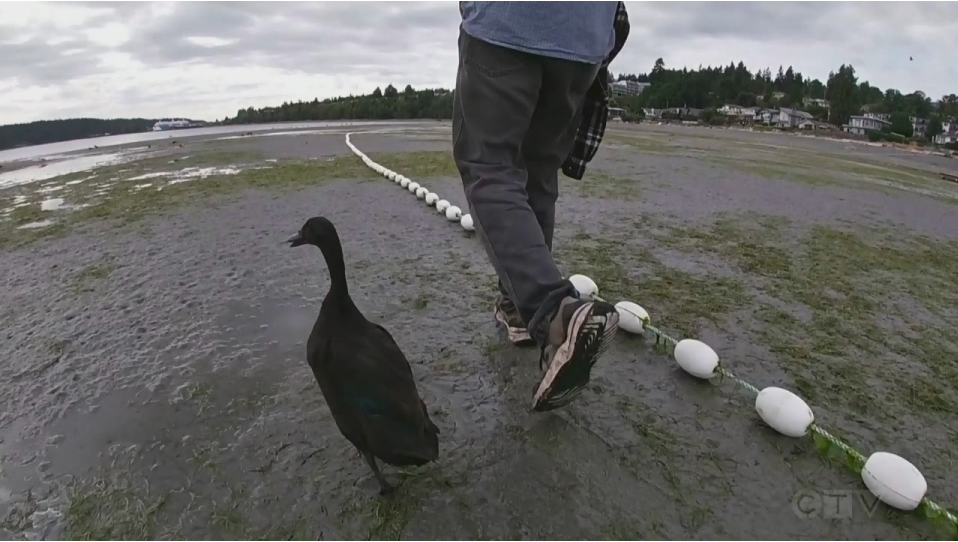 Stuff that happened on August 28 includes:

The Sunnis hold that Fatimah, beloved of the Prophet, died from grief, while the Shia claim she died after an attack ordered by Abu Bakh, the first Caliph. Just another reason these sects hate each other.

What the above sentence doesn’t say is that it’s not clear whether the race actually occurred, or who won. One rumor is that the locomotive was way ahead until a belt slipped off, and then the horse won. Here’s a replica of the Tom Thumb, as the original wasn’t preserved:

Here’s that first issue, long before the magazine started circling the drain and emphasizing ideology above science (go have a look at the latest contents). 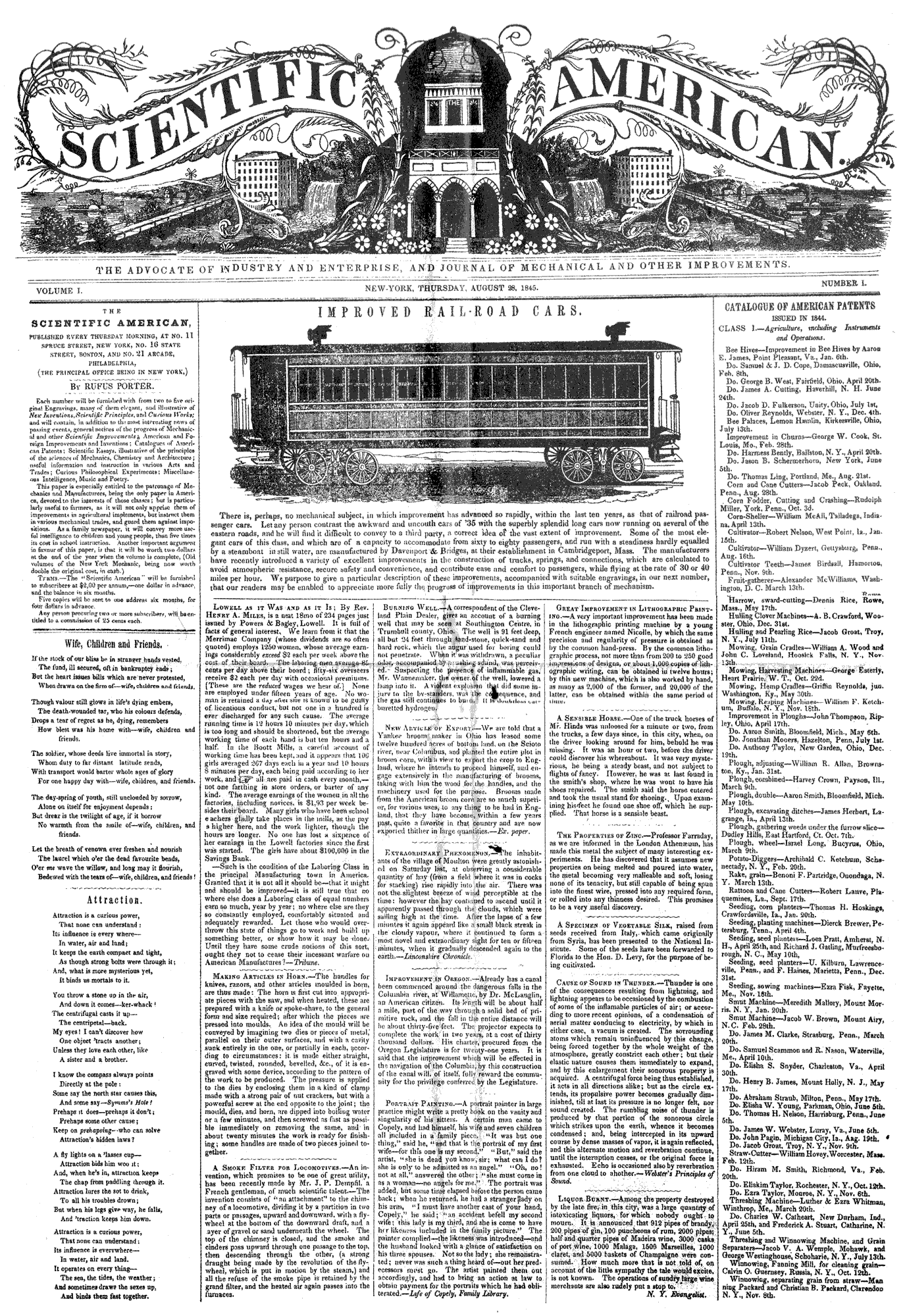 This was caused by an ejection of mass from the Sun. As Wikipedia notes, “A solar storm of this magnitude occurring today would cause widespread electrical disruptions, blackouts, and damage due to extended outages of the electrical grid. The solar storm of 2012 was of similar magnitude, but it passed Earth’s orbit without striking the planet, missing by nine days.” 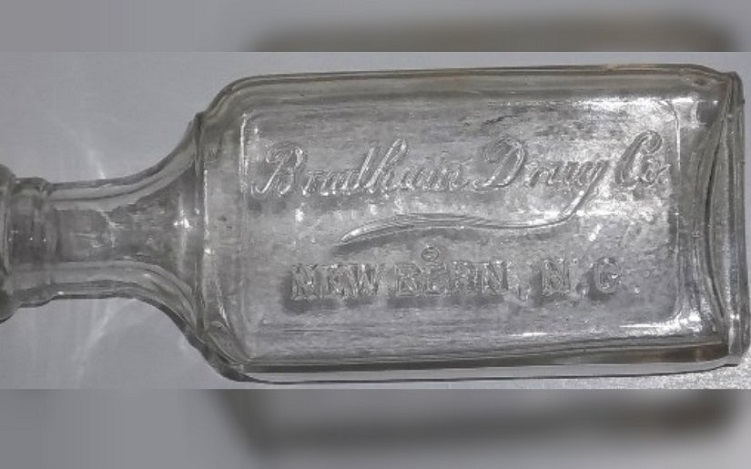 Only 14, Till was killed by two white men, supposedly for whistling at one of their wives. (A visitor from Chicago, Till didn’t know the local “rules”.) Below is his mother Mamie at the funeral, which she insisted include an open casket so people could see what the racists did to her boy (you can see a photo here). The two murderers were acquitted and then in 1956 admitted that they’d killed Emmett. 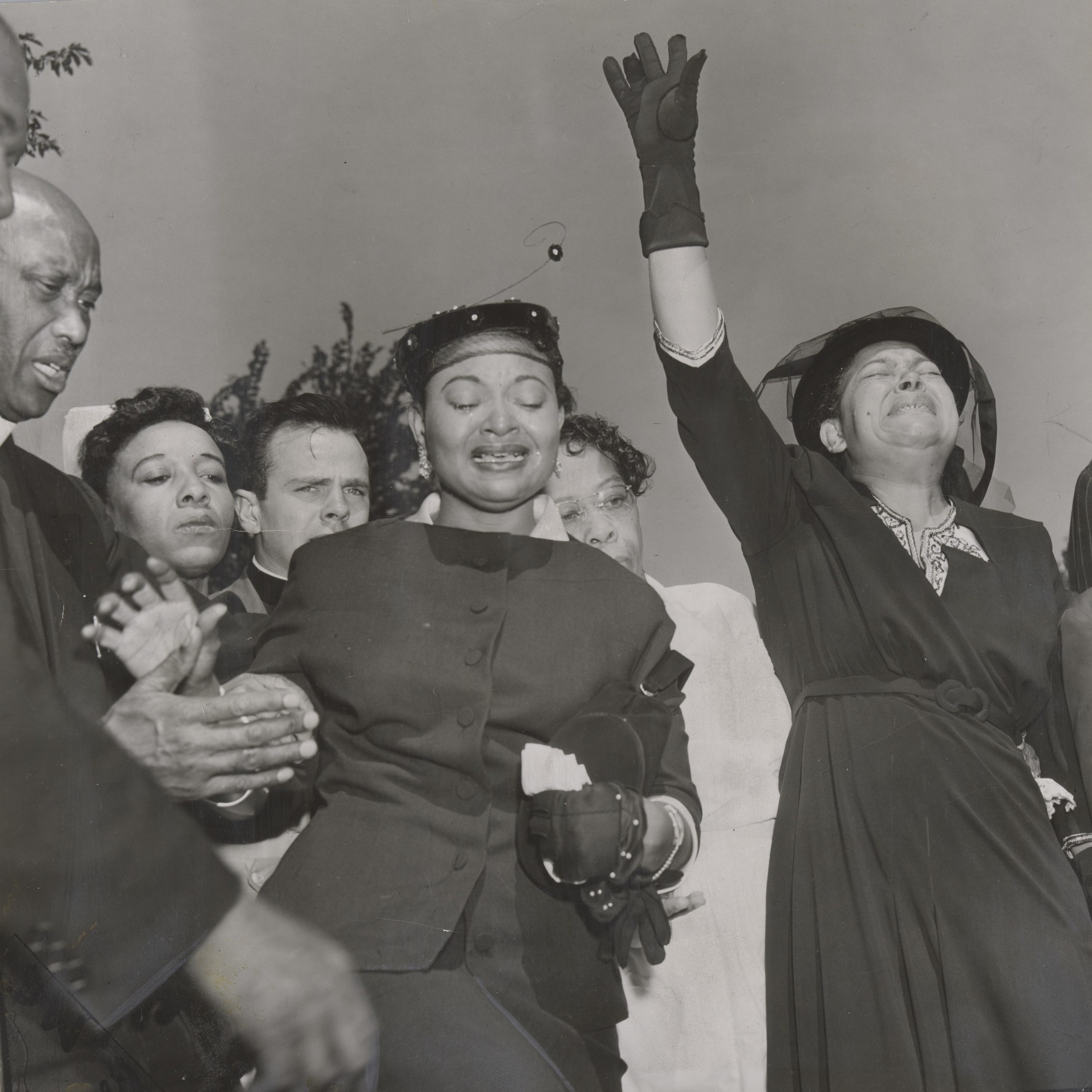 He was a racist git, that old Thurmond, but despite his attempt to sink a voting rights act, it was passed within two hours after his 24-hour filibuster. (By the way, Senate Rules then didn’t allow you to sit down or have bathroom breaks, so Thurmond peed into a bucket.)

This was a big deal to us young folk in college. Chicago wouldn’t issue permits for the antiwar demonstrations, but instead attacked the protestors on orders of Mayor Richard Daley. The protestors, on television, chanted, “The whole world is watching..” Here’s a short documentary. This led to the famous trial of the “Chicago Seven“, arrested for conspiracy and crossing state lines to incite a riot. If you’re my age or so, how many of the Seven can you name? I got five, which isn’t bad. (Five were convicted, the convictions were reversed on appeal, and the government declined to retry them.)

This is an unbelievable case, involving a guy (Wells) force to commit a bank robbery lest the conspirators detonate a bomb strapped around his neck. He robbed the bank, but they set off the bomb and Wells died. Here he is with the bomb around his neck shortly before it went off. (It’s not clear whether he himself was a conspirator and got involved in a way he didn’t want.) 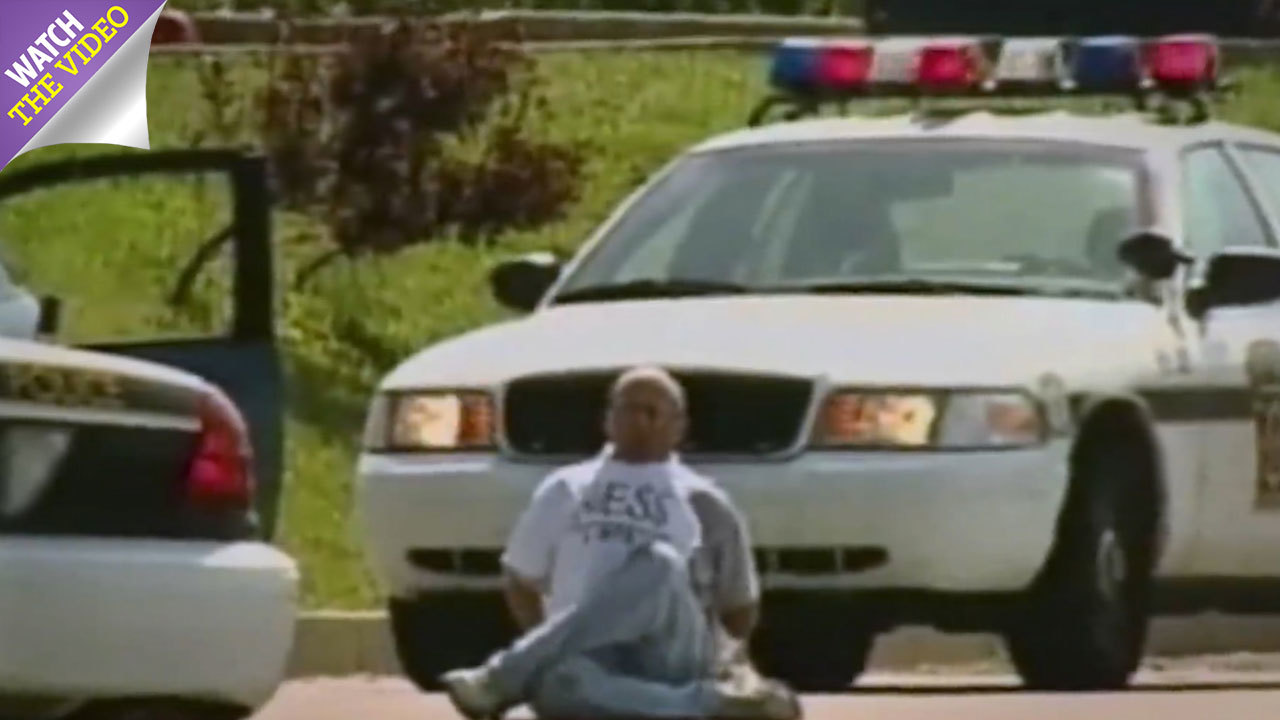 Seton was the first American to become a saint.

Here’s one of Burne-Jones’s paintings: “The knights and the briar rose“: 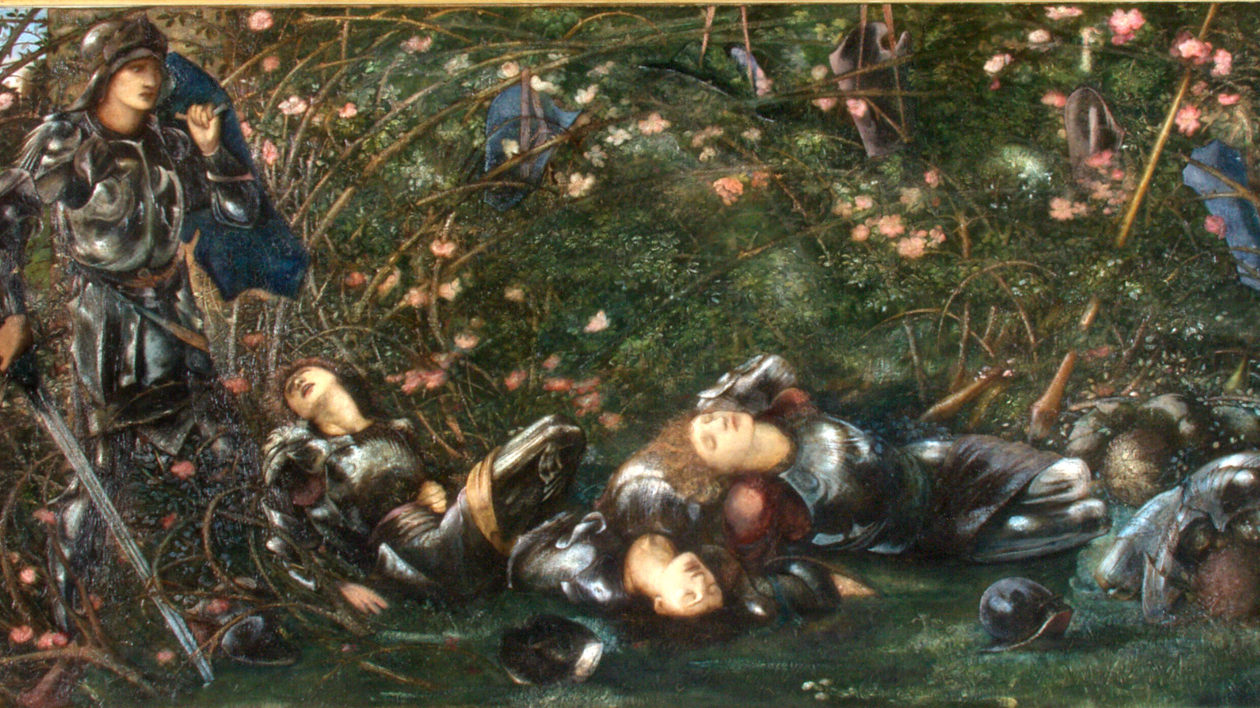 Here’s a well known scene: O’Connor singing and acting the song “Make ‘Em Laugh”. It is, of course, from the movie “Singin’ in the Rain” (1952). He was a great physical comedian.

Those who took the Big Nap on August 28 include:

And what a great park it is! 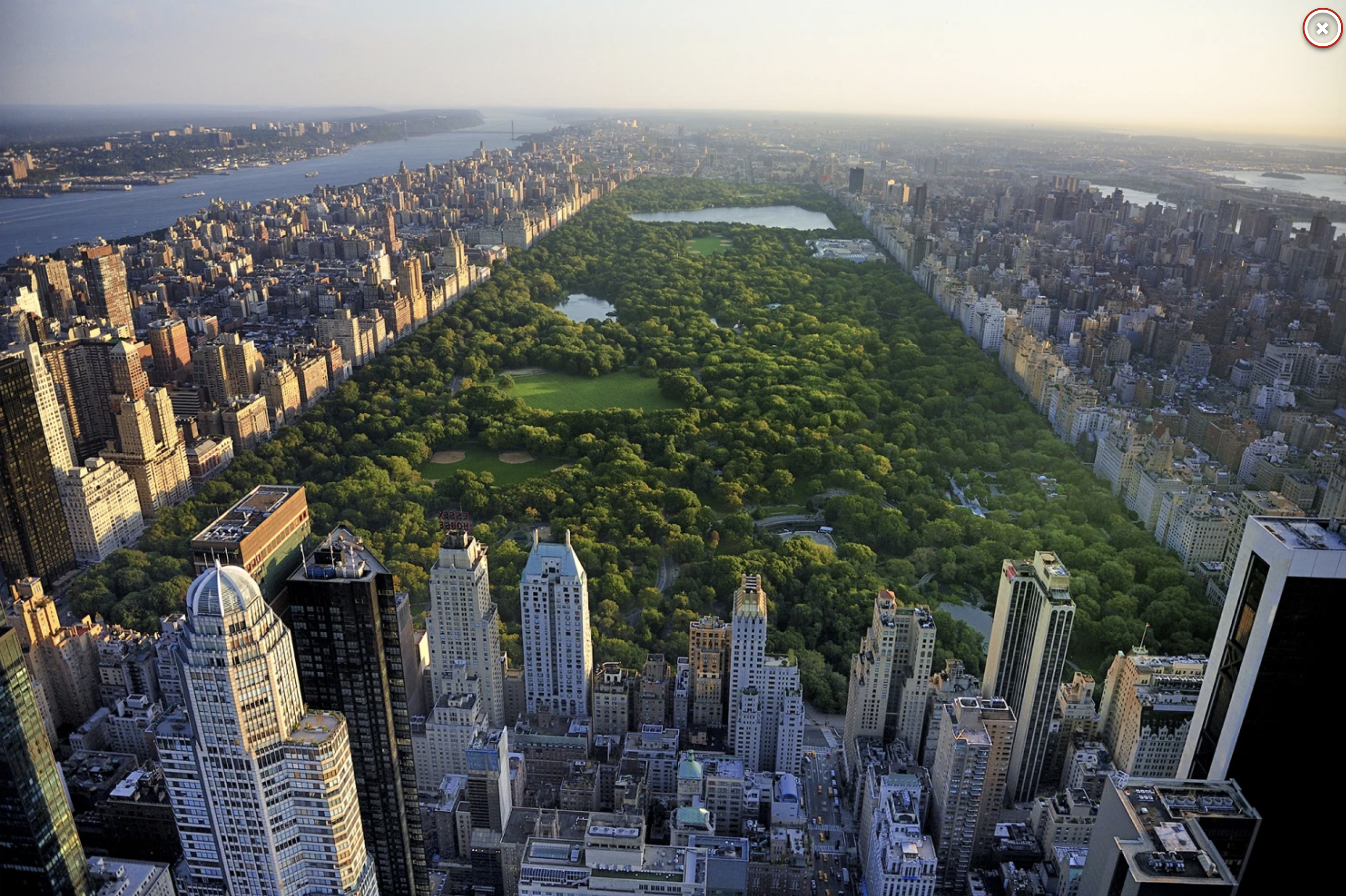 Meanwhile in Dobrzyn, Hili and Szaron, sharing MY couch, are just resting. . .

Hili: Are you asleep?
Szaron: No, I’m just pretending.
Hili: Me too. 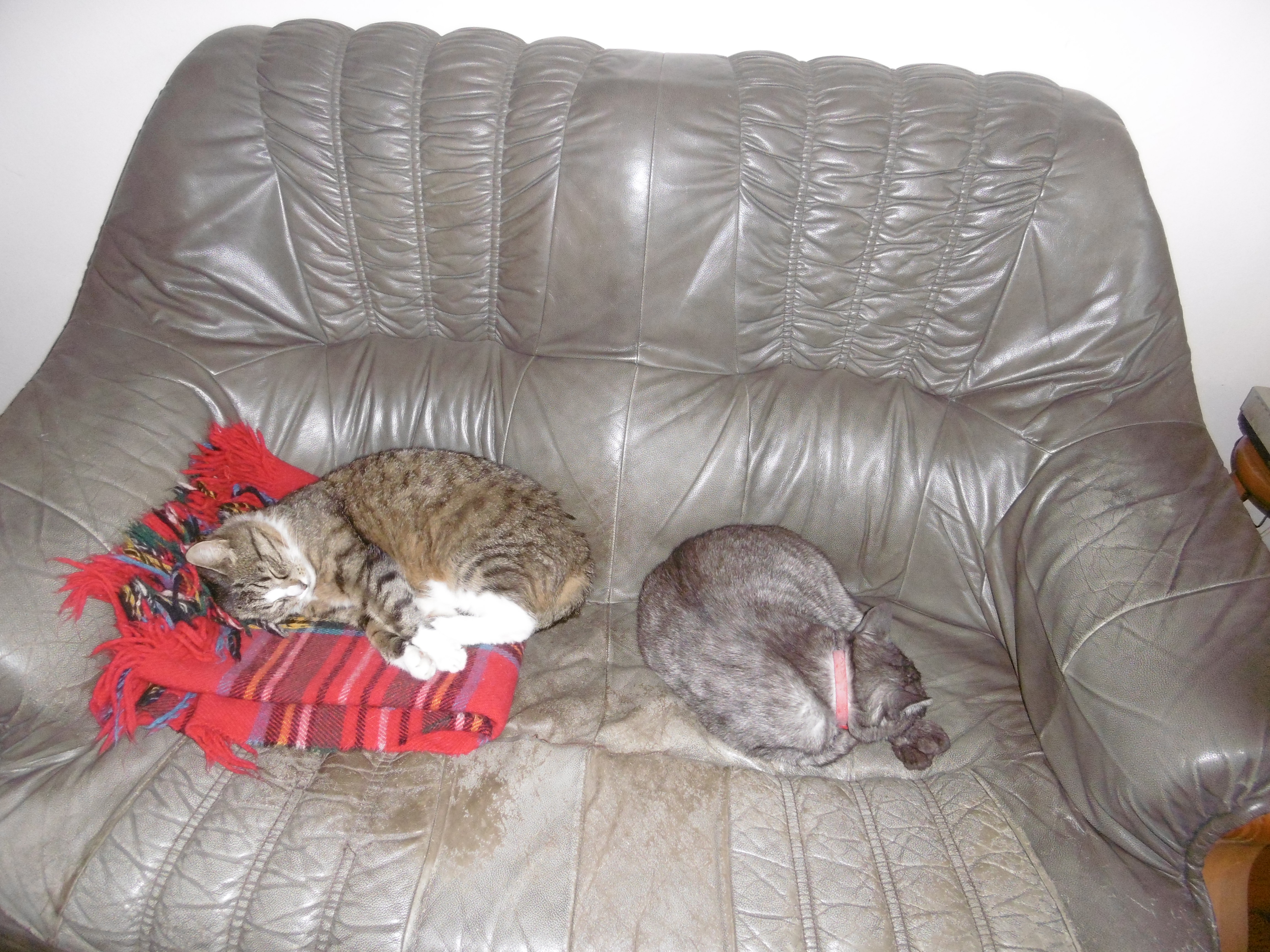 And little Kulka, photogaphed by Andrzej, whose shadow is visible: 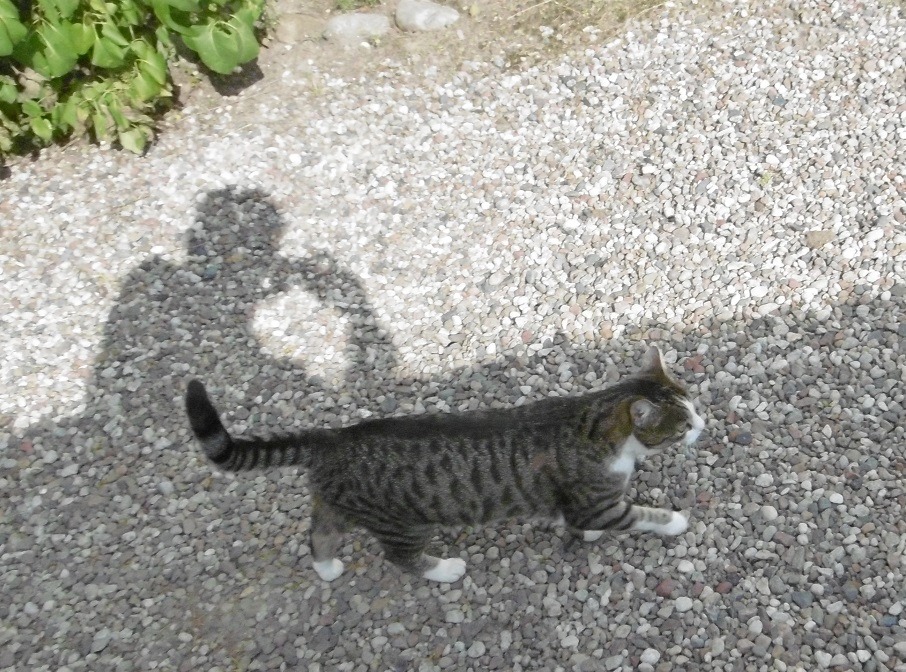 I don’t post Far Side cartoons often, as I thought Gary Larson discouraged that, but they seem to be everywhere these days. Given the content of this one, I don’t feel terrible about putting up a rare one: 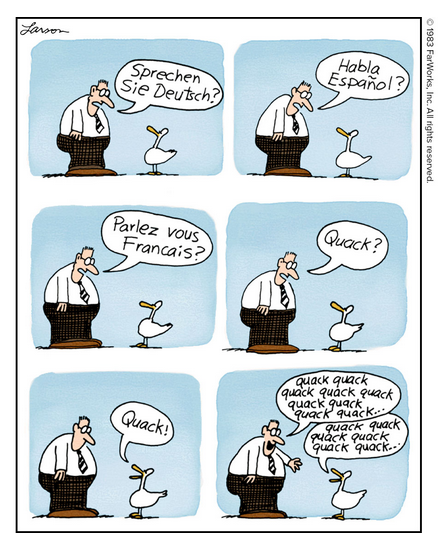 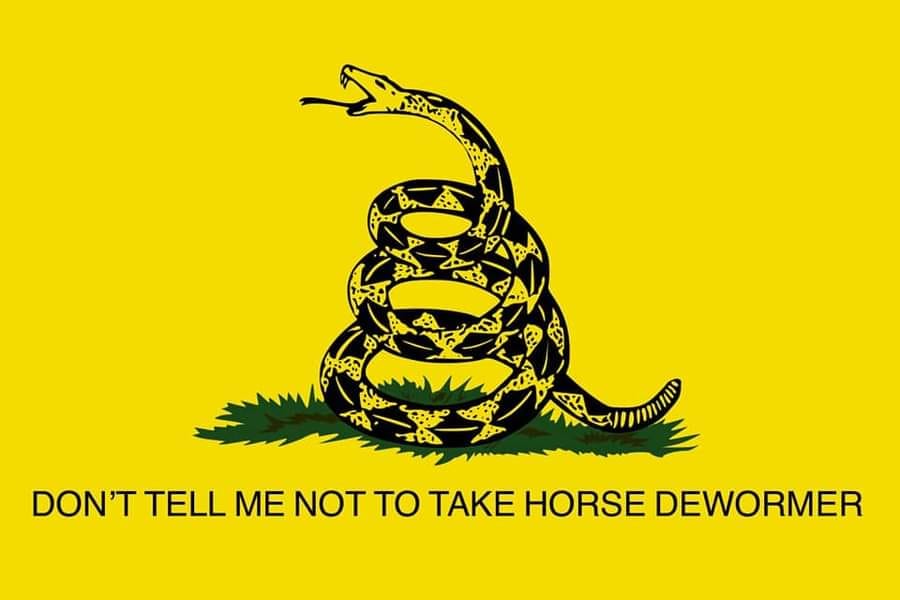 Masih tweets about the aftermath of the Kabul suicide bombing (there now seems to have been only one bomber). This is grisly.

1-Hey @jack, Hey Please DON'T delete these videos of Kabul explosions. By deleting these videos, you won't delete Taliban or ISIS. Instead, why don't you delete the accounts of Taliban officials on your platform? Taliban terrorists have accounts on Twitter.#KabulAirport pic.twitter.com/CvpauDHOYF

He arrived at #Auschwitz od 19 August 1942 in a transport of 997 Jews deported from Drancy. He was among 897 of them murdered in gas chamber after the selection. pic.twitter.com/bgJYlCleae

From Ginger K. The tweet is a week old, but still holds:

From Barry. What this cat wants is bloody obvious:

Tweets from Matthew. First, we see both morphological and behavioral mimicry in a pipefish. Note how it hangs around next to a piece of vegetation:

Just a blade of seagrass… pic.twitter.com/hiAfrPNByQ

A remarkably well preserved insect from the Eocene (30-50 million years ago):

Matthew’s starting to edit his next book!

Time to kill some darlings. pic.twitter.com/KDIJ6M0pgF