Please keep those photos coming in, as every day the level of the tank drops a bit.  Today we have travel photos from Tony Eales, whose captions are indented. You can enlarge his photos by clicking on them.

With spring now definitely on its way here, I should have many more new photos but for now, I happened across a box of old photos of my travels in the early 1990s. I’m scanning a few of them for ease of viewing.

The current batch is from my travels in the north-west Indian Himalayas. We did a horseshoe-shaped journey from the summer capital of British India, Simla up through Kashmir and Ladakh then back down into Himachel Pradesh.

The first stop on the journey was McLeod Ganj, a picturesque suburb above the town of Dharamshala. It is known as little Lhasa because of the large Tibetan population and it being the location of the Dali Lama’s government in exile.

I loved McLeod Ganj. We would spend hours in the local cafe ordering teas and banana pancakes and playing 500 with other Australians. We also went to the local cinema pictured on the left here. 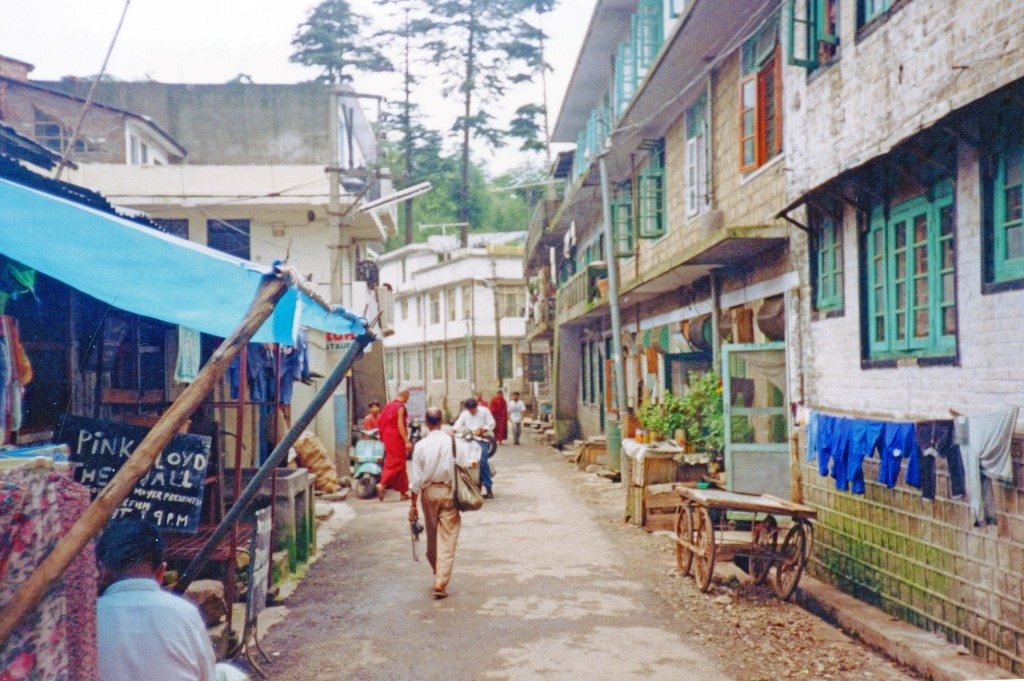 With McLeod Ganj as a base, we did a five-day trek over the Indrahar Pass. The effects of climate change were already visible. we crossed several scree slopes that the guides informed us used to be small glaciers. Nevertheless, the views were amazing.

I saw a lot of wildlife there but had only a small camera. We had Lammergeier [Gypaetus barbatus] gliding past, mongoose running through the grass, and Rhesus Macaques [Macaca mulatta] in the hills behind the town. 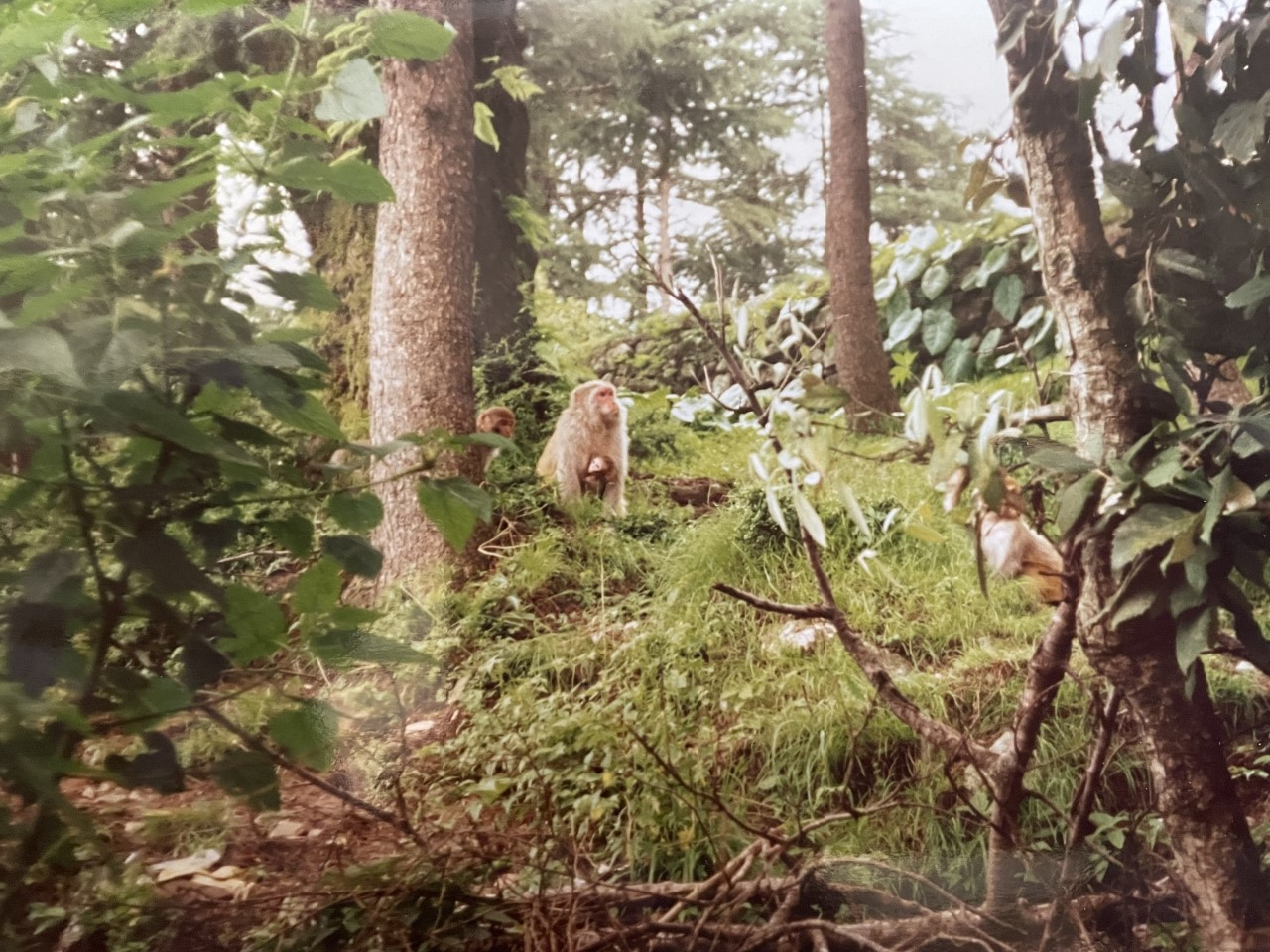 From McLeod Ganj we took probably our riskiest trip to Lake Dal in the city of Srinigar, Kashmir. While fighting has made it impossible to visit recently, even in 1993 there were regular clashes in the city between separatists and the Indian army. We heard distant gunfire at night but were relatively safe staying on a houseboat out in the lake.

The author as a much younger man: 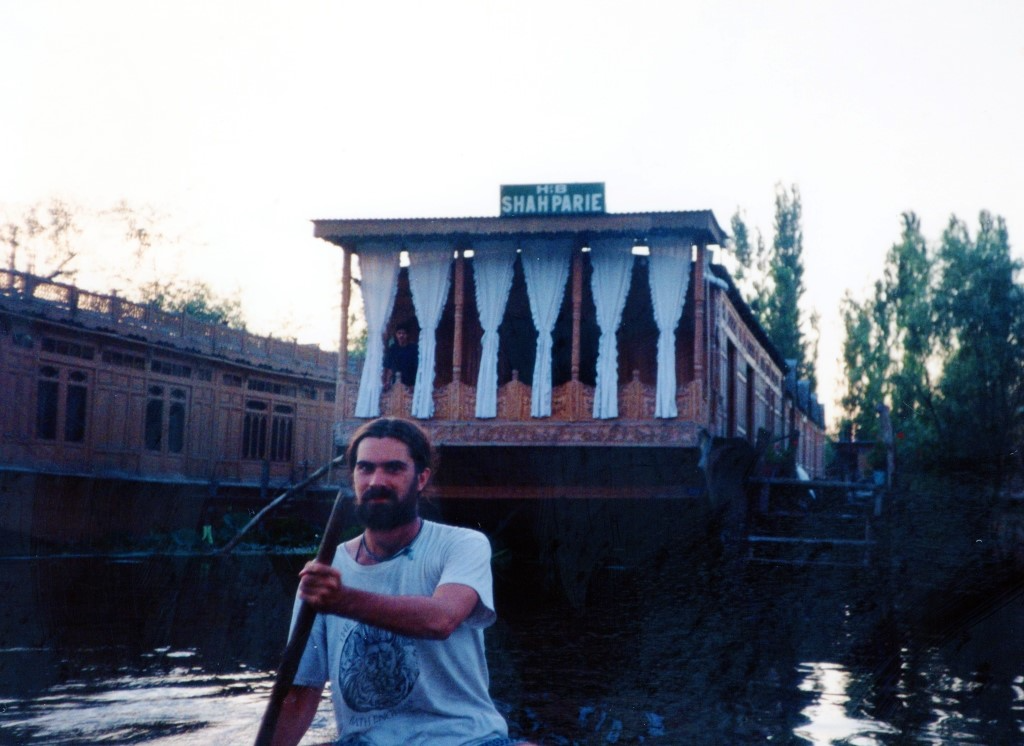 Dal lake is famous for its beautiful tourist house boats and for its floating markets where venders paddle about with their wares among shoppers also paddling in shikaras, the small boats everyone uses to get around. 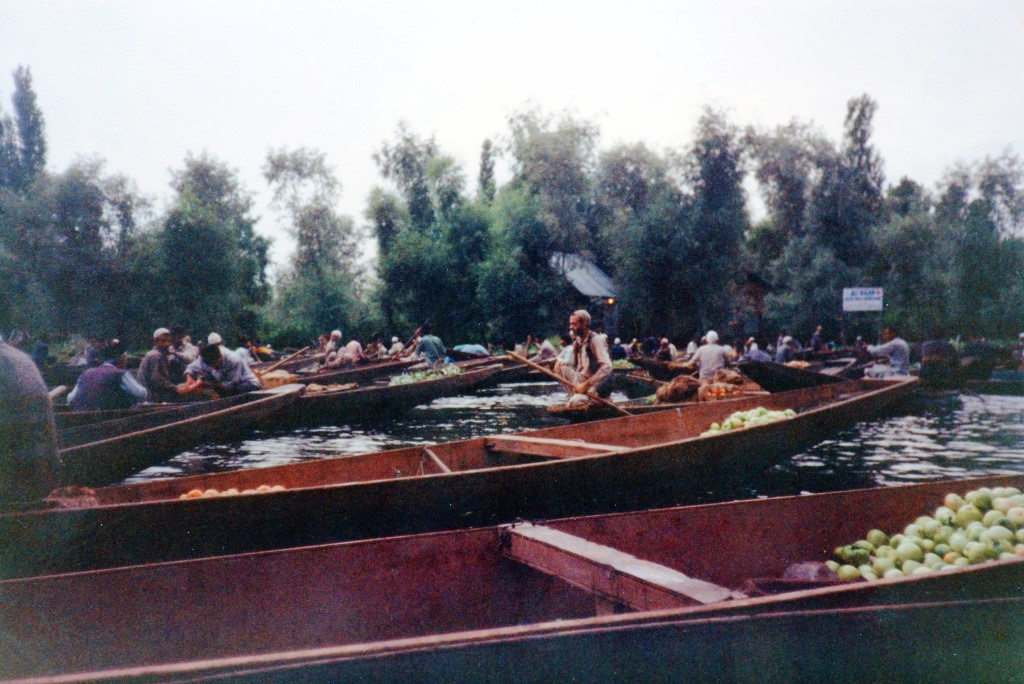 It’s a great pity that this most beautiful city has been suffering under post-colonial conflict and religious intolerance for so long.

After the somewhat stressful experience of Srinigar, we passed over into the desert of the Himalayan rain shadow and the region of Ladakh. This is without a doubt the most spectacular place I have ever been.

Strips of vivid green in the snow melt fed valleys with Tibetan monasteries built above the crops but in the shadow of the enormous mountains. 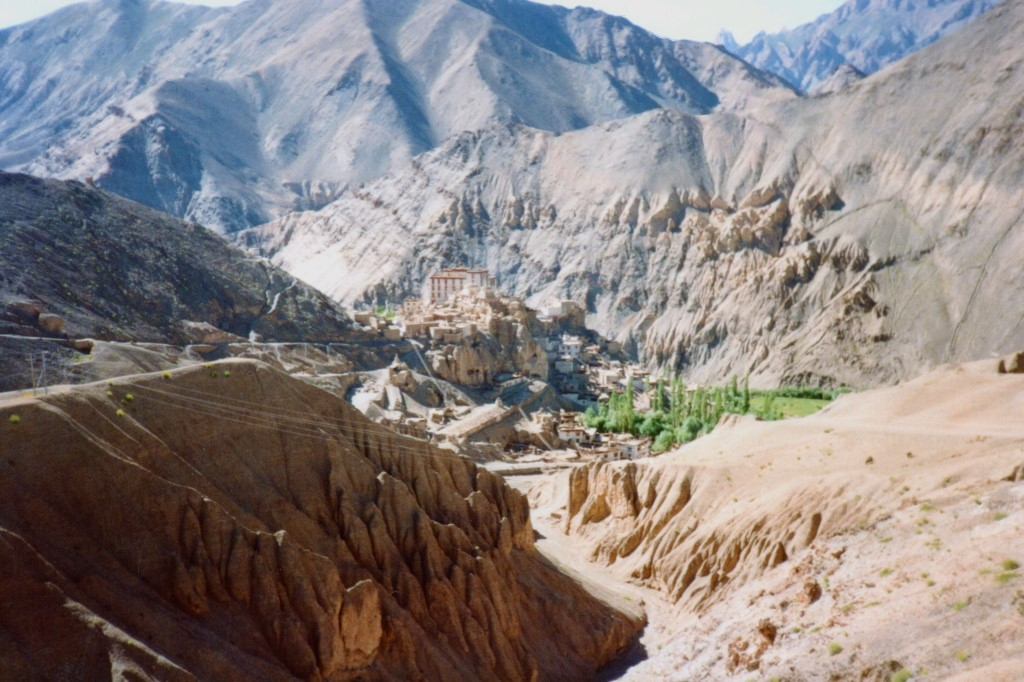 It has a real feeling of going back in time to a place where the seasons dictate everything about life. While there were plenty of tourists and a great many of the businesses existed to cater to us, from what I’ve read, these days it is flooded in the high season with tourists from India and one needs to carefully book ahead any accommodation or activities. It had a much more relaxed feel in 1993, far away from crowds, conflict, armies and bureaucracy. 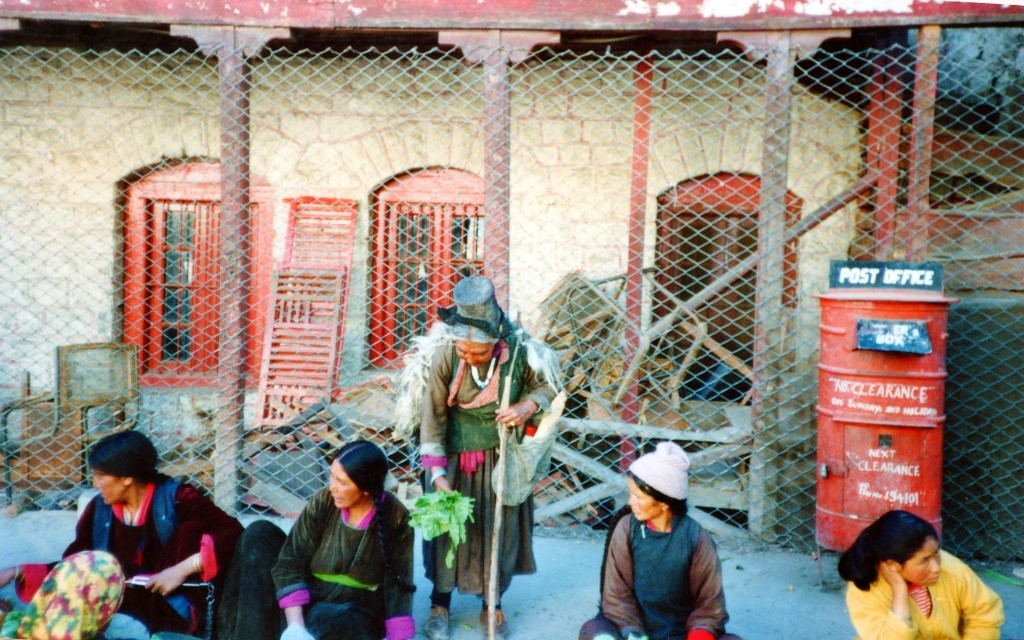 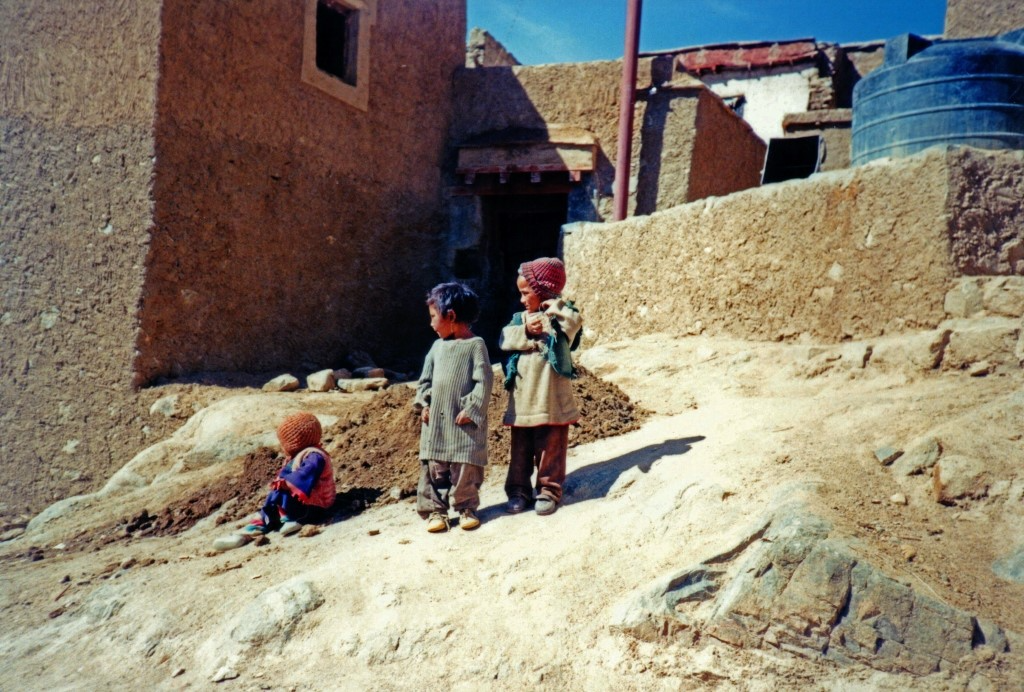 The capital Leh is fed by the Indus River, channelled through the barley fields and apricot orchards. 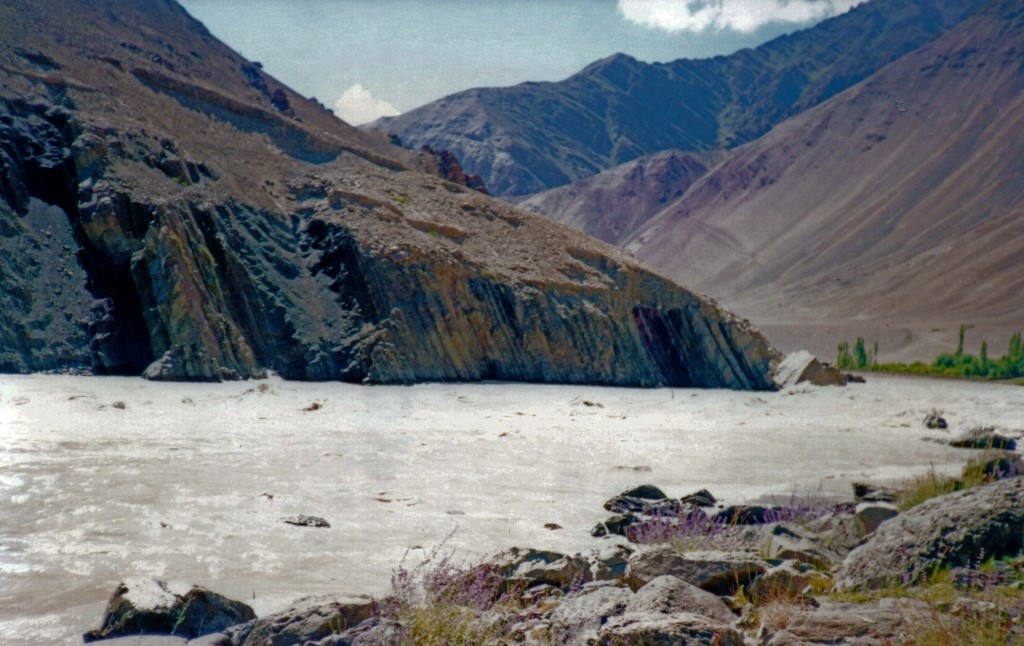 The altitude of 3500m and resulting lack of oxygen slowed our previous frenetic pace to a crawl and it was a real shame to leave this wonderful land. We took the eastern road out of Leh to the hippie mecca of Manali. Doing so took us over the second highest motorable pass in the world and yet more desolate spectacular scenery. 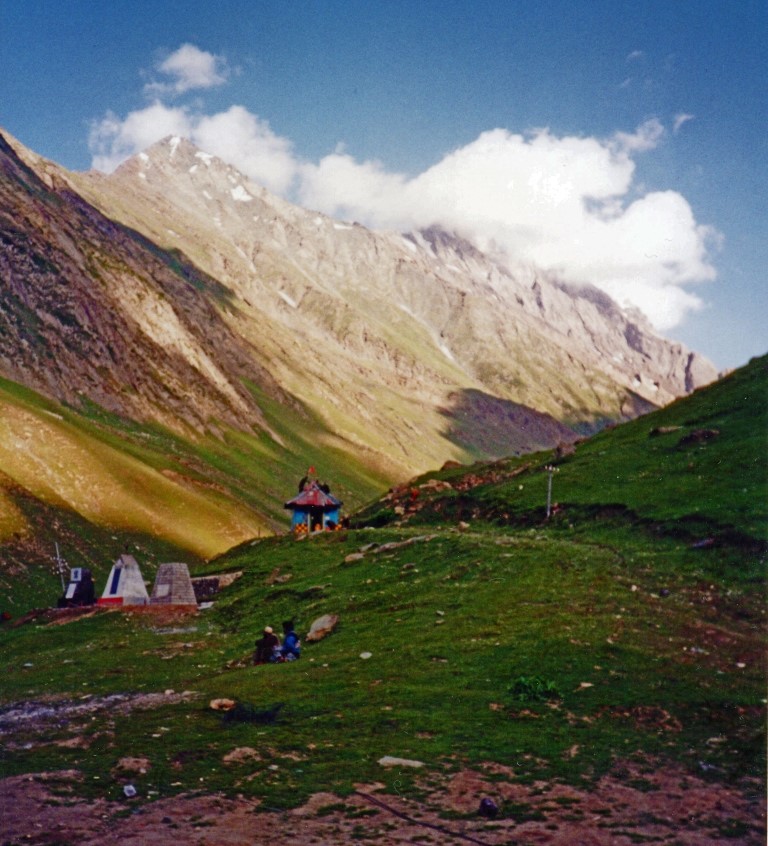