Here’s a Baby Boomer and then a black cat (or rather, two of them). 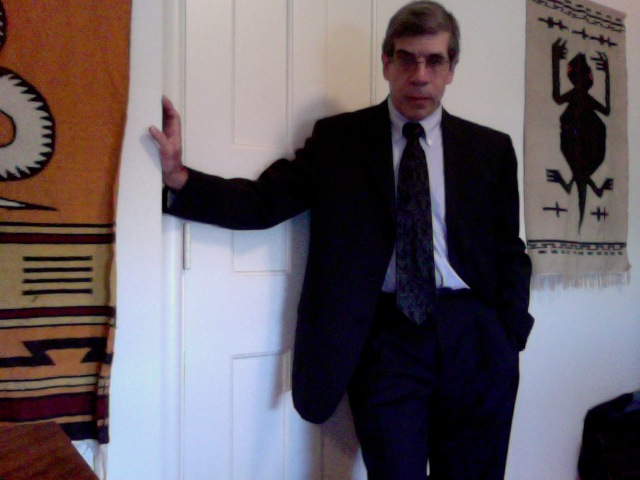 “Tell them, dear, that if eyes were made for seeing,
Then Beauty is its own excuse for being”

For National Black Day, here are The Sisters/Y Chwiorydd: Alcestis Jerry (named for her famous Uncle Jerry) and Octavia Sadie, our gorgeous rescue daughters, who have been with us for two and a half years. Some residual nervousness lingers; however, they are happy and content with us and want us to be near them and THEY LOVE THEIR RUBS AND CUDDLES.  We love them. . . . 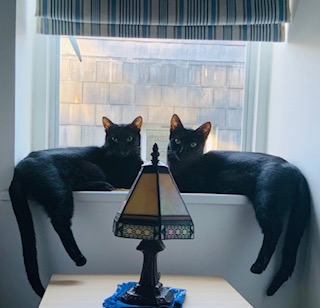 The news is dreadful everywhere. The Taliban control Afghanistan, the death toll in the Haiti earthquake is currently 1,200, with a tropical storm on the way, and covid is resurging in many places. And that’s just the start.

Two items on the evening news broke my heart. One was the scene at the Kabul airport, with fearful Afghans trying to break into planes to get out of the country, even clinging to the outside of planes taxiing for takeoff, and climbing into the wheel wells. It’s a miracle nobody fell from a plane! Here’s a video of the pandemonium from CNBC News:

A number of planes were grounded, with people getting onto planes and overloading them, and pilots refusing to takeoff. The Army has established a perimeter around the runways, threating to fire on locals trying to get out. A number of those locals assisted the U.S. military, and are thus doomed if they can’t get out.

The second item, on the U.S. NBC News last night, is that the Taliban are doing a house-to-house search for young unmarried women.  You know what that means. The fate of half the citizens of the new Afghanistan is this: disappearance and death of hopes and dreams, not to mention life. I can’t help but fume even more at religion, and Islam in particular, for making this stuff happen.

Biden went on television and defiantly defended his decision to pull out troops, and for sure he could not have predicted the speed of the Taliban takeover. Still, we have a moral obligation to evacuate those Afghans whom we put in danger by having them help us during the wear, and he didn’t mention that. This doesn’t look good for the Biden administration, nor did his defiant defense of his strategy (a strategy I still agree with, but not in full). Further, he blamed the whole mess on the Afghan military, but that’s just wrong, as General Petraeus averred in another section of this interview:

Former CIA Director Gen. David Petraeus on Afghanistan: "We must do everything we can with all the resources available to us to ensure that we meet the moral obligation to them."

For the first time in history, the federal government has declared a water shortage in the increasingly tapped Colorado River. This is due at least in part to global warming, and will mandate reduced water allocation and consumption. The Colorado is a vital source of water for millions of people in the American Southwest.

Speaking of tarot cards, I was a big fan of Molly Tuttle’s guitar work and singing, and then this came up on her Facebook “story” today. Color me disappointed. It’s like when Eric Clapton came out with his anti-vax-and-mask song. 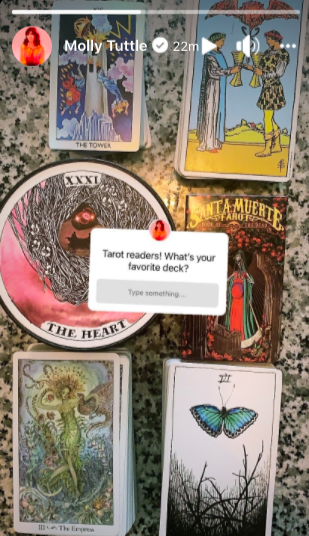 As the NYT announced, Lusco’s Restaurant in Greenwood, Mississippi, a place that was on my life list to visit, is closing September 25. I’ll never make it there. It has a complicated history bound up with the racism of that state, but it was an icon. Well, there’s still Abe’s BBQ. . . .

The first bombardment of Fort Sumter, a Union fort attacked by South Carolina batteries (the state had seceded from the Union), marked the formal beginning of the Civil War on April 12, 1861. This 1863 date is the Union’s attempt to retake the island fort, but it failed miserably. The Confederates finally surrendered the fort in 1865. You can visit Fort Sumter, which is now a National Historical Park, and here’s what it looks like:

The first pedestrian killed this way in the US was Henry Bliss, hit by a taxicab in 1899. 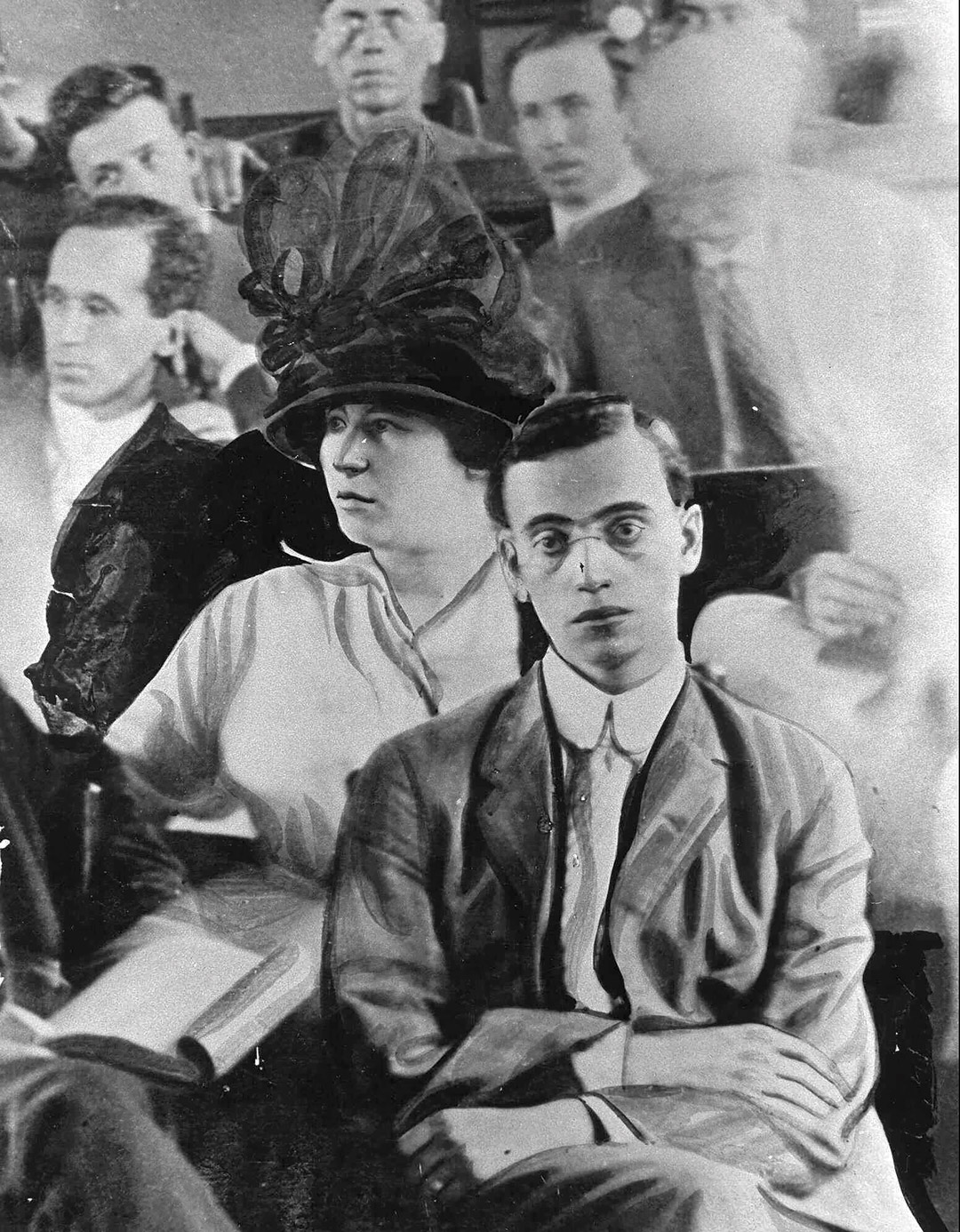 It’s unlikely that Frank was guilty, for two “notes” found by the body, supposedly written by the victim, appear to have been written by the real perp, a janitor named Jim Conley. Nevertheless, Frank, 31. was convicted, rousted out of jail, and then lynched, one of the few white men lynched in the South (he was, of course, Jewish, so not really “white”). The disturbing photo below, from Wikipedia, carries the caption: “Leo Frank’s lynching on the morning of August 17, 1915. Judge Morris, who organized the crowd after the lynching, is on the far right in a straw hat.” Morris was not the trial judge. 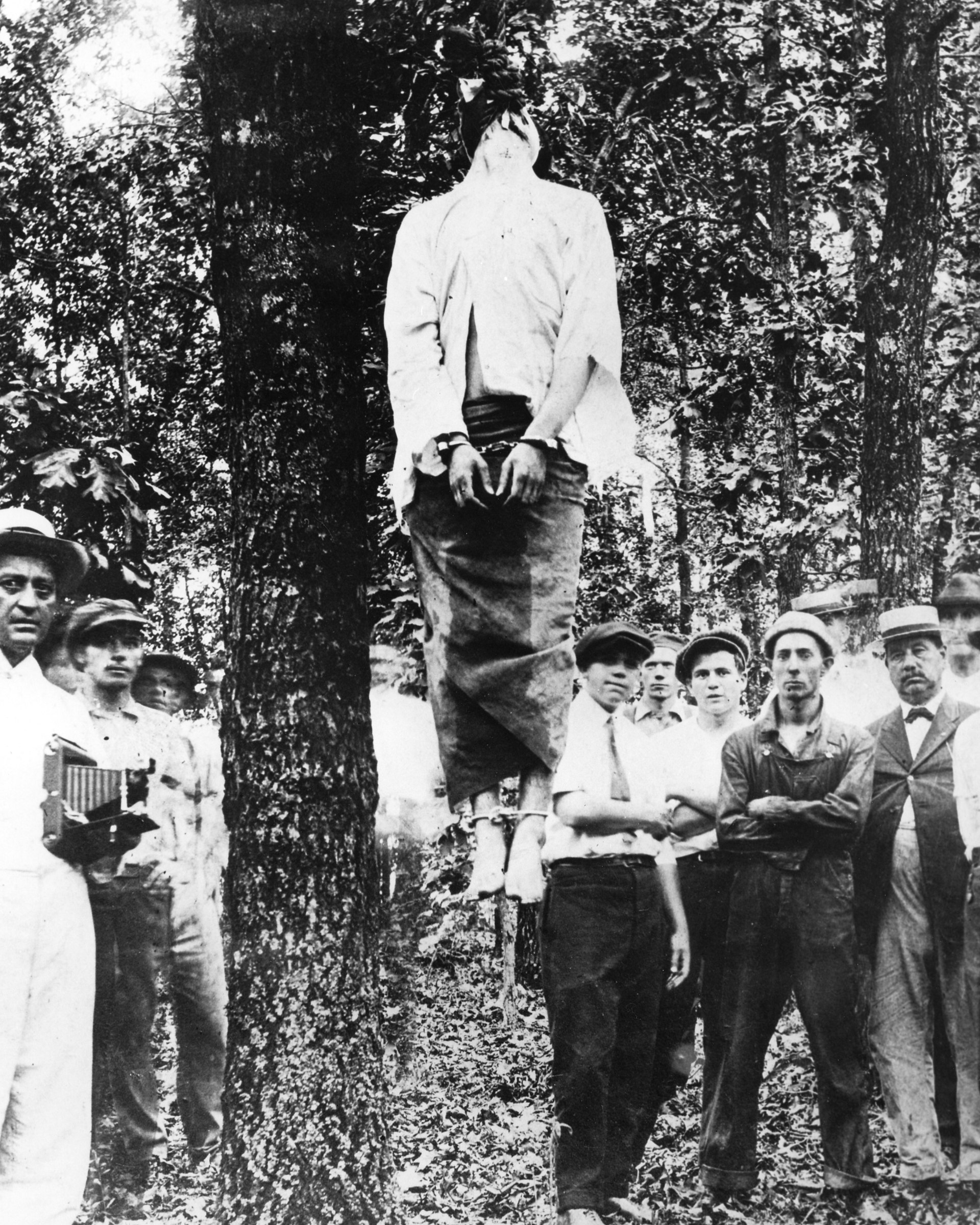 A first edition and first printing of this novel will run you about $9000. 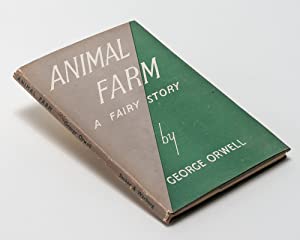 This was a disaster. Sir Cyril Radcliffe, in charge of demarcating Pakistan and India, had never been to either, and the line was drawn up in haste and published with almost no input from non-British people. When it was publicized, the famous “Partition“, millions of Muslims headed towards Pakistan and millions of Hindus towards India. This led to many deaths from violence, famine, and exhaustion (some estimate a 1-2 million), with 10-15 million people displaced from their homes. Here’s an informative video about the partition:

Shot by East Berlin border guards, Fechter, an 18-year-old bricklayer, bled to death over the period of an hour, with nobody from the East trying to help him, though bandages were tossed to him over the wall from West Berlin. Here’s his body; he was killed fleeing East Berlin over a wall supposedly erected to keep people in their “Communist Paradise”: 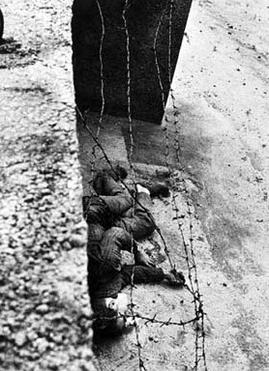 He went on to win 28 medals, with 23 of them gold—the most decorated Olympian to date. Here’s the eight from 2008: 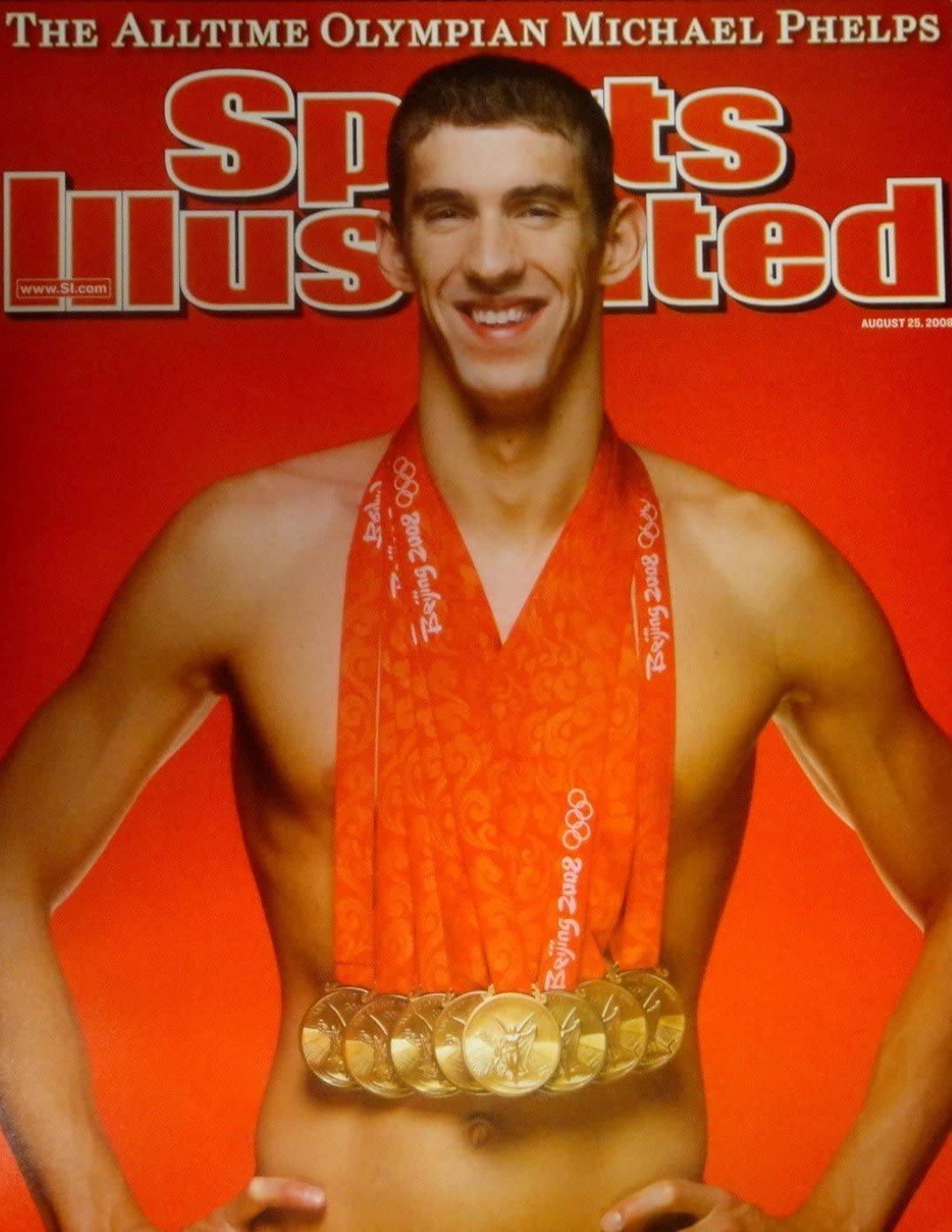 From Wikipedia: “A knife purportedly used by Davy Crockett during the Battle of the Alamo” (where Crockett was killed). He also owned a Bowie knife, whose provenance seems more secure. 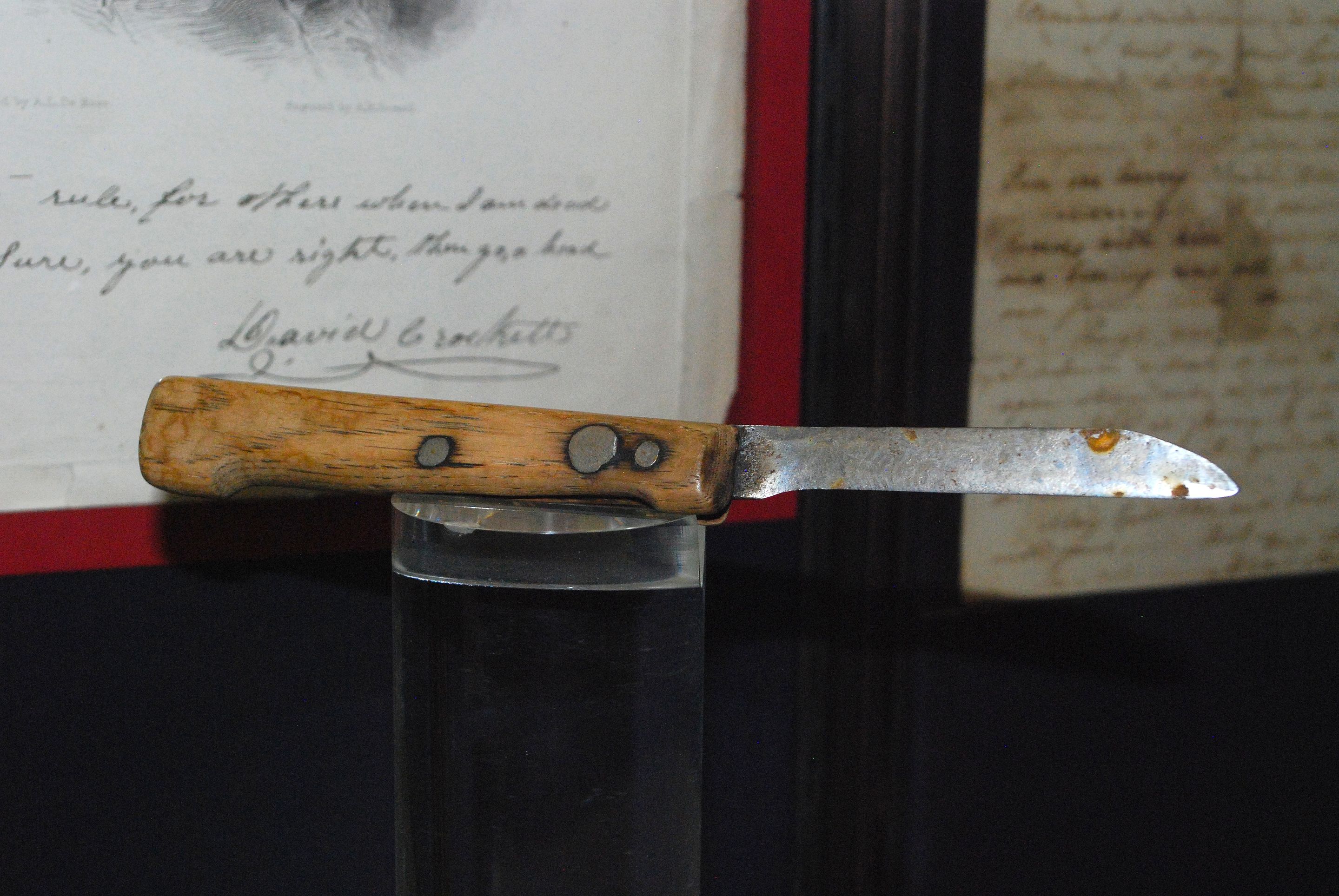 Here’s a 4-minute retrospective of De Niro’s acting career. How many movies do you recognize? (He won Oscars for two of them.)

Those who became doom to interment in earth or flames on August 17 were few, and include:

Hess was imprisoned between 1941, when he flew solo on an ill-fated “peace mission” to Britain, and 1987, when he committed suicide in Spandau Prison in Berlin, where he had spent 40 years—the last 21 of them as the prison’s only occupant. He was one of only 7 Nazis given life sentences t the Nuremberg trials, and he was convicted of “crimes against peace and conspiracy with other German leaders to commit crimes.”

Here’s the verdicts on the defendants after the Nuremberg Trials. Hess appears at 1:46, acting weirdly—probably feigning mental illness to avoid punishment:

A: Where is Kulka?
Hili: I’m not my colleague’s keeper. 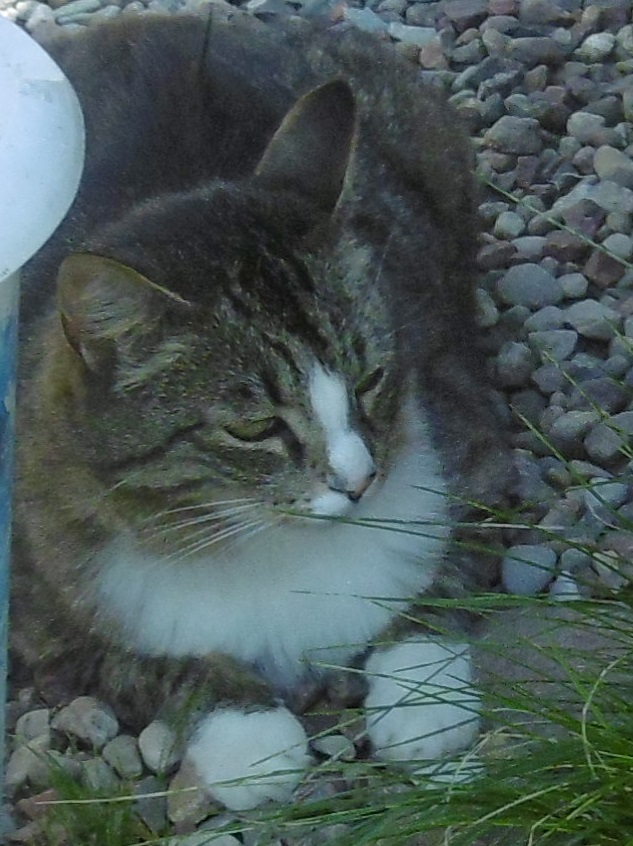 And Little Kulka on Andrzej’s desk (is she bucking for a position at Listy?): 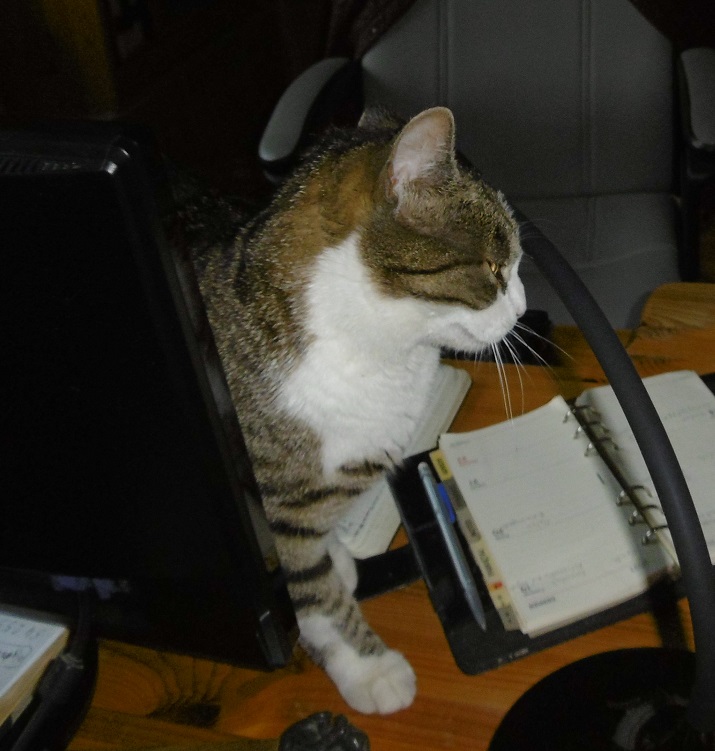 From Divy: Titanic with cats: 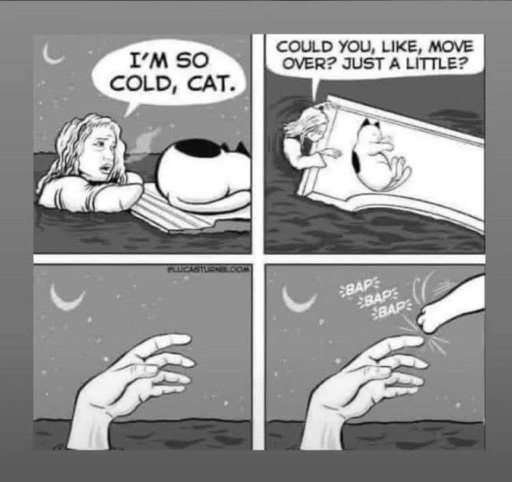 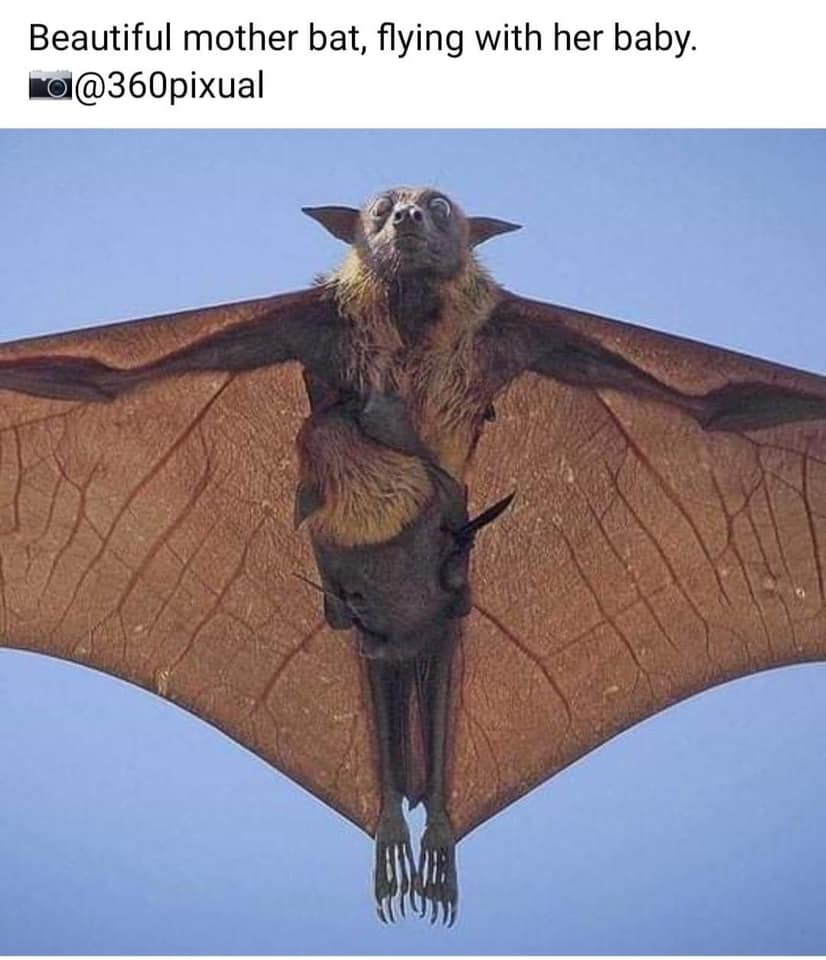 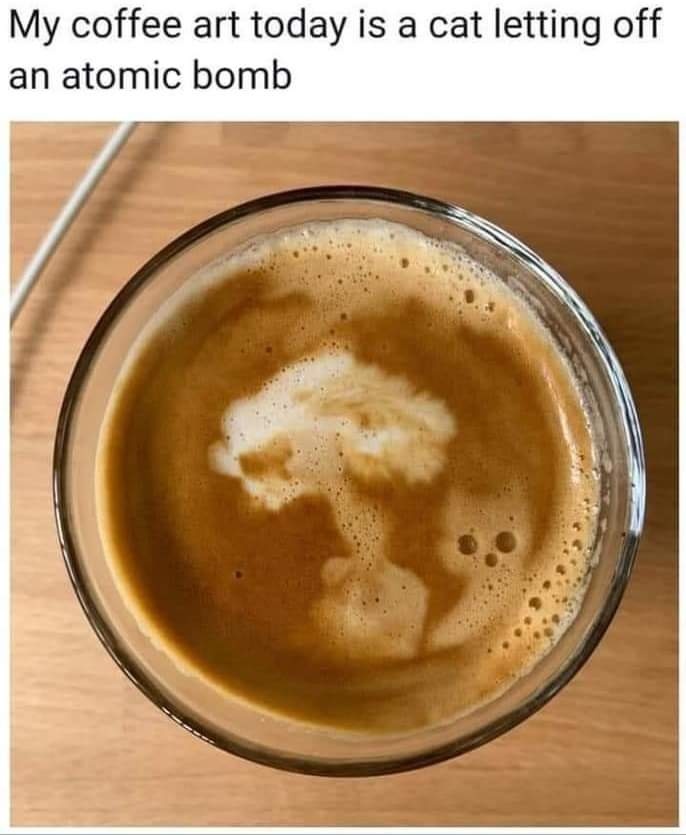 Titania is back with a tweet about Afghanistan. Let’s hope that the Western press pays some special attention about what is soon to happen to Afghan women. As for the Taliban’s statement below, they’re full of it.

Now that the white western colonisers have left Afghanistan, the Taliban can get on with implementing their progressive intersectional feminist policies. ✊👏👏 https://t.co/DKCsNDU0Hf

Two tweets from reader Simon. About this first one, he simply says “Ouch!:

How It Started: How It’s Going: pic.twitter.com/cWdYH2wOoR

Oded Rechavi specializes in turning memes into tweets about academia. This is a good one, because “submitted for publication to Nature” really means “it’s not gonna get accepted but I have to look like I tried.” Tip from Professor Ceiling Cat (Emeritus): papers submitted for publication should never be put as “publications” on your curriculum vitae. It looks as if you’re trying to pad your c.v.

A tweet from Ginger K. Nice video, but leave the sound off to avoid excess cloying.

Tweets from Matthew.  Play the video to see two of his beloved optical illusions.

There’s a squabble in the Twitter comments about whether this is genuine leucism or some other pigmentation defect, but it matters not. The swallows are unusual and cute (and also more liable than their conspecifics to predation):

Walking my patch today found not 1 but 3 LEUCISTIC SWALLOWS all together. Wonder how many times you get 3 LEUCISTIC birds in one brood. pic.twitter.com/Pm1JRFy5Kl

These are most likely the protozoans that live in termite guts and break down wood cellulose into simple sugars that the termites can use. It’s a mutualism. The second tweet has a video:

At first glance, these mesmerising movements look like crystal-clear fish swimming in a dazzlingly blue sea.

But the real subject of Fabian J Weston's winning video is something you've likely never seen before: microscopic organisms in the gut of a live termite. @NikonSmallWorld pic.twitter.com/1lKxLV62uT