Good morning on Thursday, August 5, 2021: National Oyster Day. But August has no “r” in it, so you shouldn’t be eating oysters now. It’s also Green Peppers Day, Cycle to Work Day, Work Like a Dog Day (most d*gs don’t work!), National IPA Day (the trend to make this stuff, is, in the U.S., the worst thing that ever happened to beer), National Underwear Day, and and International Traffic Light Day, which is today because:

On August 5, 1914, what is considered to be the first electric traffic light was installed in Cleveland, Ohio, at the corner of East 105th Street and Euclid Avenue. It had four pairs of red and green lights, one for each side of the intersection, and a warning buzzer that indicated when the light was about to change. It had to be operated manually by someone in a nearby booth. It was based on a design by James Hoge. He had previously applied for a patent for a “Municipal Traffic Control System,” and his patent—#1,251,666—was approved in 1918. (See below.)

The pandemic continues to rage in America, with 103,455 new infections reported by the CDC on August 3. Here’s the CDC’s daily trends of infection rates; you can clearly see all the waves.

The FDA is fast-tracking final approval for the Pfizer coronavirus vaccine, moving the tentative approval date to early September. That will make it easier for organizations to mandate vaccination for their employees, but I doubt that it would, as NBC News suggested last night, prompt people to get vaccinated. If they doubted the clear data that got the jab its emergency approval, why would they trust any new data that would support final approval?

But if you remain optimistic that the vaccine-resistant folks will come around, have a look at this new poll discussed by The Washington Post:

More unvaccinated adults in the United States view the coronavirus vaccine as a greater risk to their health than the disease caused by the virus itself, a poll found.

The Kaiser Family Foundation released a survey Wednesday that found there was a big split between unvaccinated and vaccinated adults in what they perceived as the bigger threat during the pandemic.

When I read things like this, even the realization that half of all Americans have below-average intelligence doesn’t console me.

In a primary Congressional election in Ohio, the “progressive” Democrat, Nina Turner, has been defeated by a more moderate Democrat, Shontel Brown. (Both are black women in a Democratic district.)  Maybe I’m overreacting, but doesn’t the last sentence of the paragraph below from the NYT news report (my emphasis) smack of bias? My guess is that the writer/editors wanted the progressive to win.

Shontel Brown campaigned for an open House seat in the Cleveland area declaring that she would be “a partner,” not an adversary, of President Biden and Speaker Nancy Pelosi. And now that she is almost guaranteed to join them in Washington after her victory on Tuesday in a contentious Democratic primary, Ms. Brown’s history suggests that party leaders will be adding a loyal political insider to their team.

In her remarks, Turner blamed the influx of outside money on Brown’s behalf for her defeat.

“We didn’t lose this race ― evil money manipulated and maligned this election,” she said.

When asked to respond to Turner’s comments, Brown simply reiterated a line she used on the trail and repeated during her victory speech.

“Results over rhetoric won out today. Public service over lip service won out,” Brown said. “That’s the bottom line and I’m grateful for the people recognizing the difference.”

“People are tired of the negativity,” she added. “They want people who are focused on the issues.”

Brown’s senior consultant, Daniel Barash of the Washington firm SKDK, was more blunt about Turner’s comments, noting that much of the outside money that drew Turner’s ire came from pro-Israel groups.

“I think you should be more careful when you talk about Jews and money,” he said.

The Jews threw the election with their Evil Money!

Below: this is ineffably sad if true. According to the Washington Post, climate change is going to wipe out emperor penguins before long.   (h/t Paul). A quote:

If climate change continues at its current rate, more than 98 percent of emperor penguin colonies are expected to become quasi-extinct by the turn of the century, a group of global researchers wrote in the journal Global Change Biology on Tuesday. The scientists’ near-term predictions were equally grim: They estimated at least two-thirds of colonies would be quasi-extinct by 2050.

(Quasi-extinction refers to a population being doomed for extinction even if some members of the species remain alive.)

There’s nothing that can be done about this except putting a few of them in cold zoo exhibits to live out their lives.  You should see this movie if you get a chance:

In the NYT, Thomas Edsall has a guest essay called “Biden’s honeymoon is over, and he knows it,” but the headline is a bit of an exaggeration. Yes, Uncle Joe’s approval ratings on immigration and crime have waned, but, as the article says, these are only two areas:

The RealClearPolitics average of the eight most recent polls shows Biden’s favorability at plus 7.5 points (51.1 positive and 43.6 negative) and that the public generally approves of his handling of the Covid pandemic, of jobs, of the economy and of the environment.

If the economy stays fairly stable, the Covid crisis continues to wane with more vaccinations, and the infrastructure bill passes, I think the Democrats will be in decent shape for the midterm elections and Biden (or a good successor) will have a solid chance in 2024.

It’s well known in these parts that my favorite pint of British ale is Tim Taylor’s Landlord. (It was once CAMRA’s Beer of the Year). There are only a few Taylor pubs in England (just 18!), but my friend Andrew Berry found himself in Yorkshire at the one below, and then consumed a pint of Landlord in my honor. The proof (click photos to enlarge): 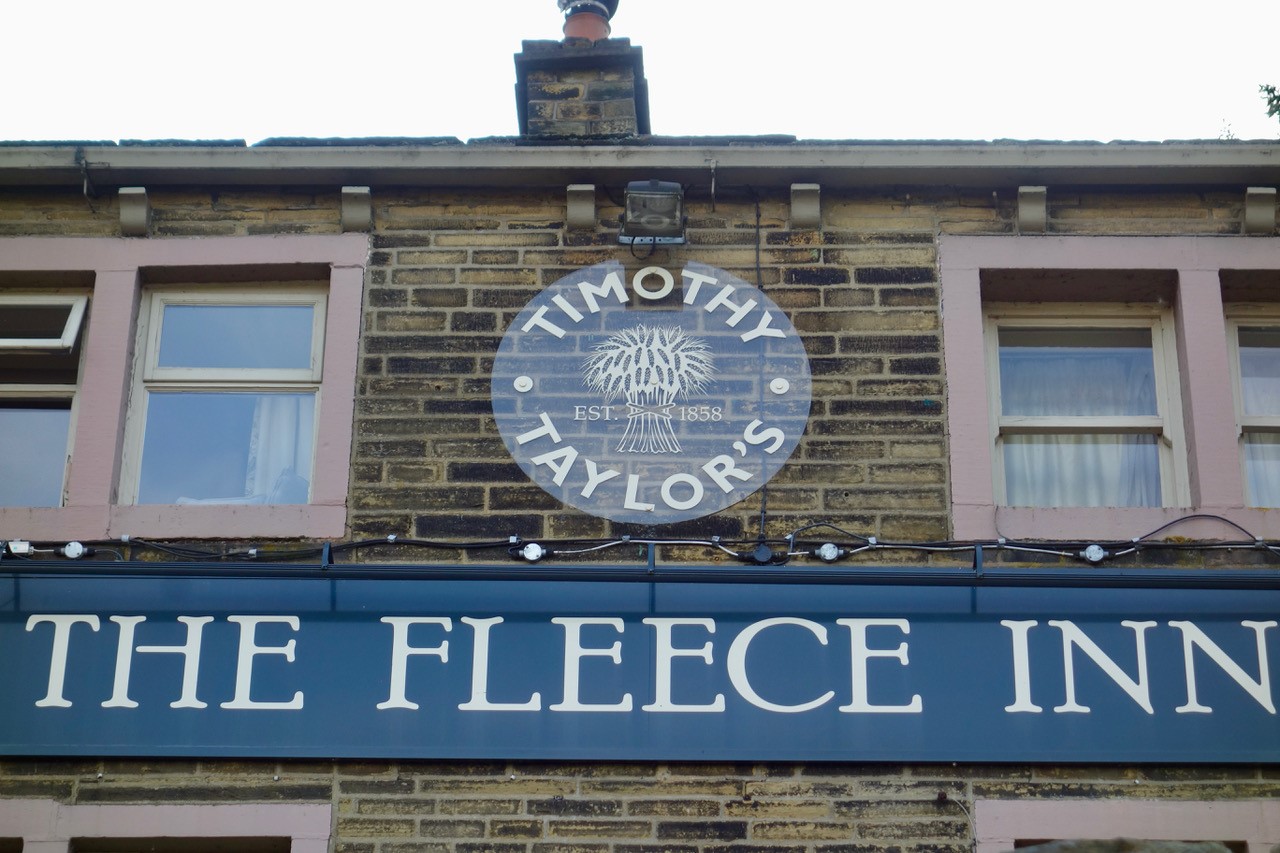 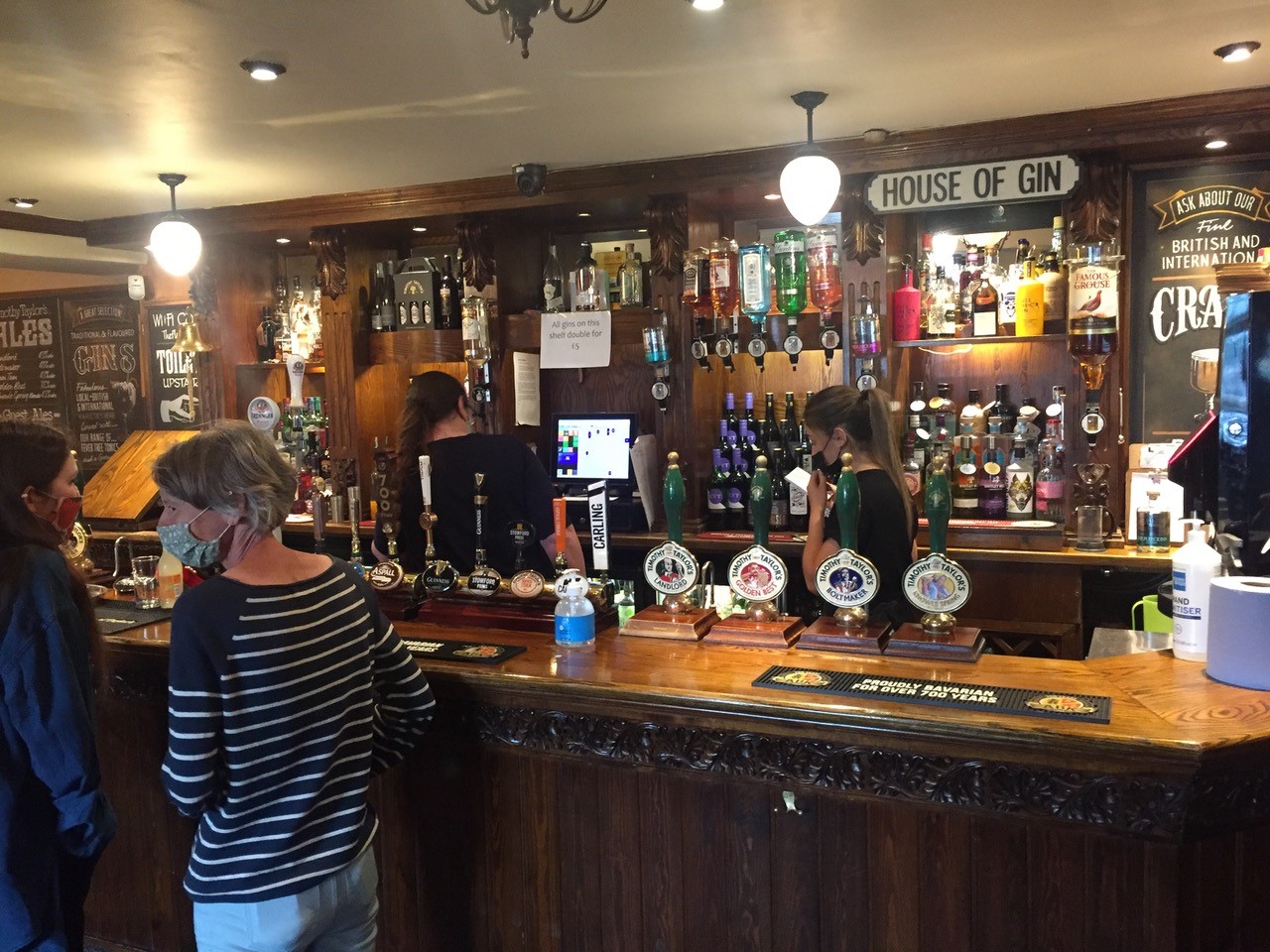 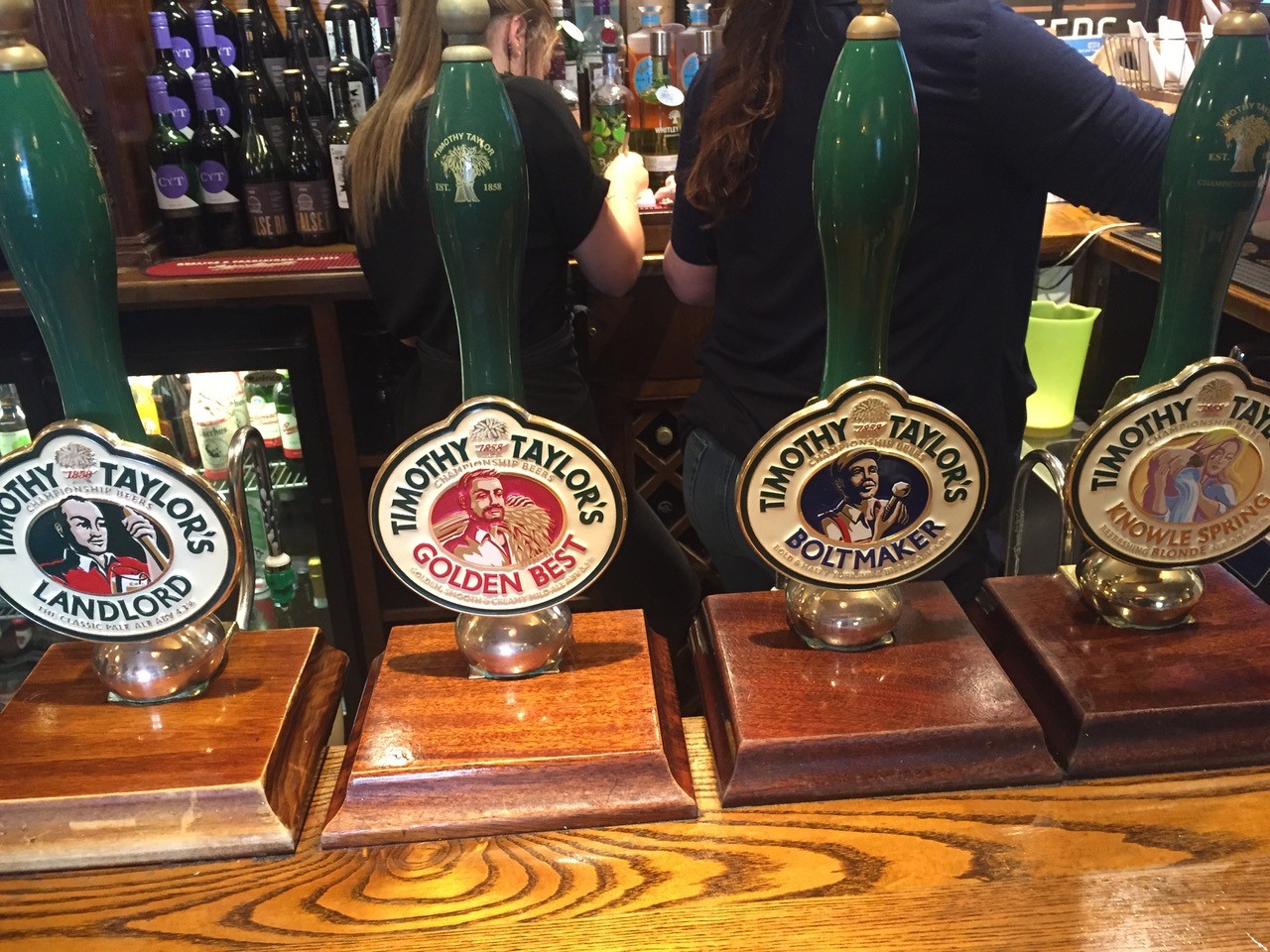 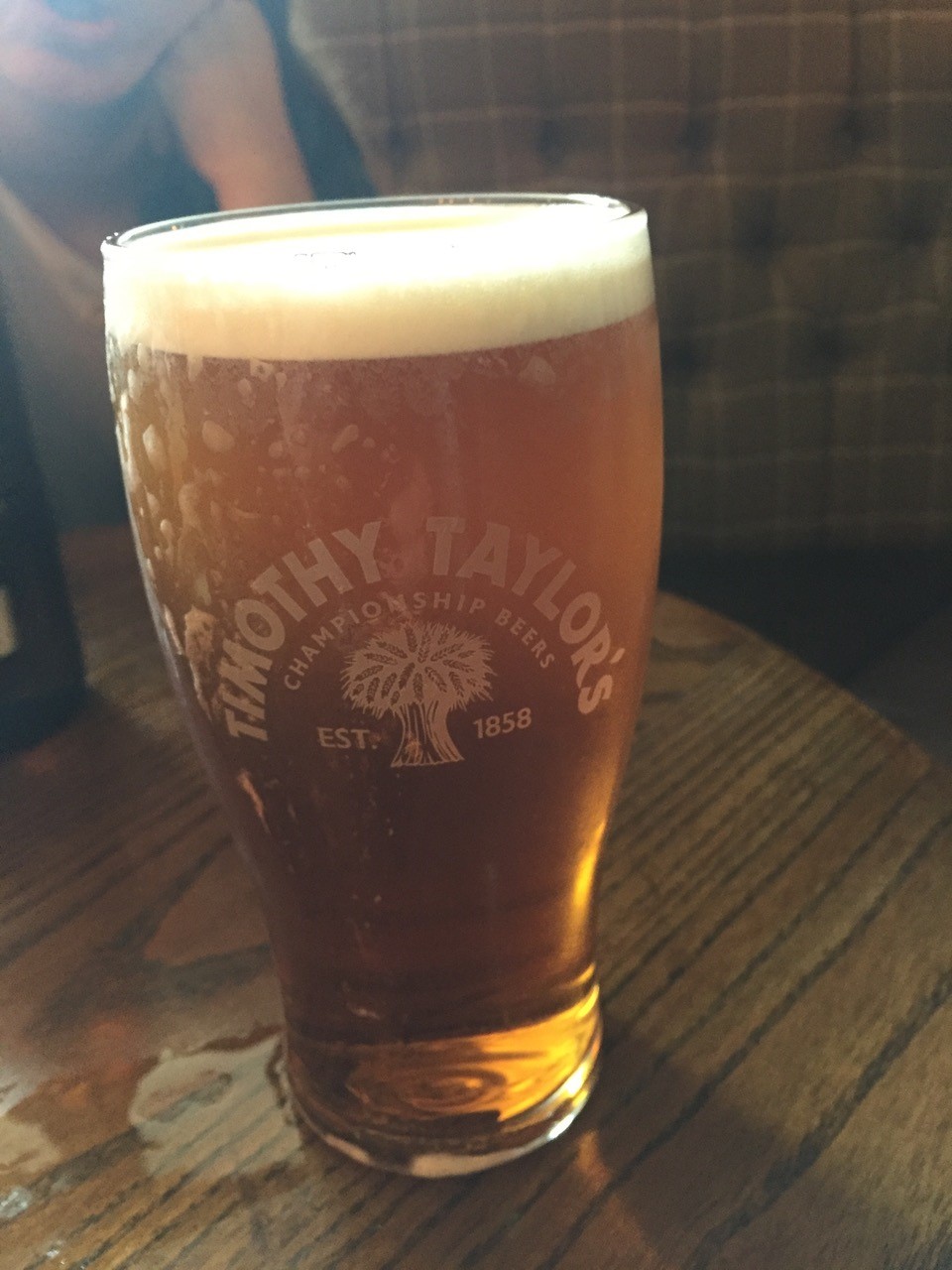 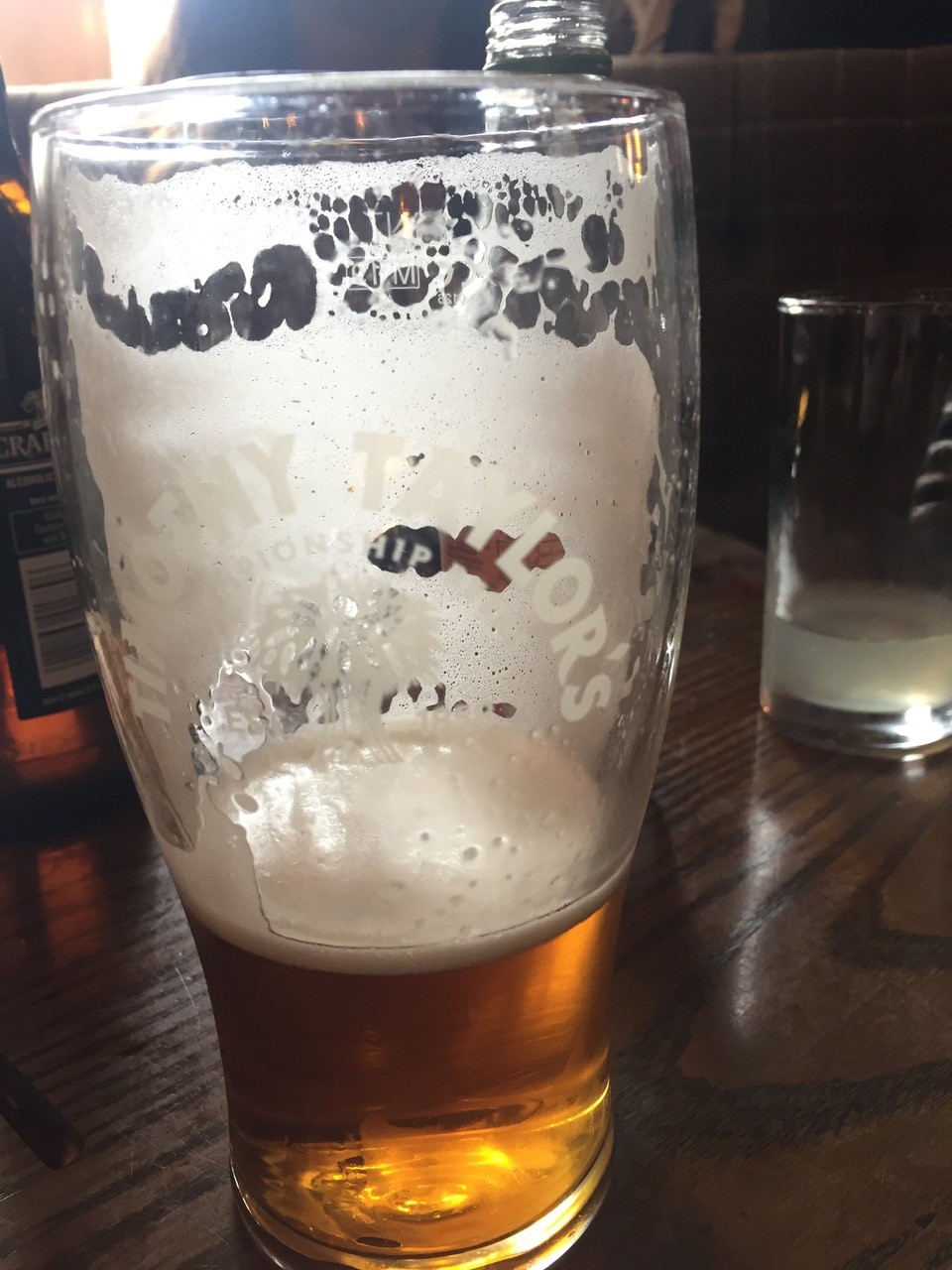 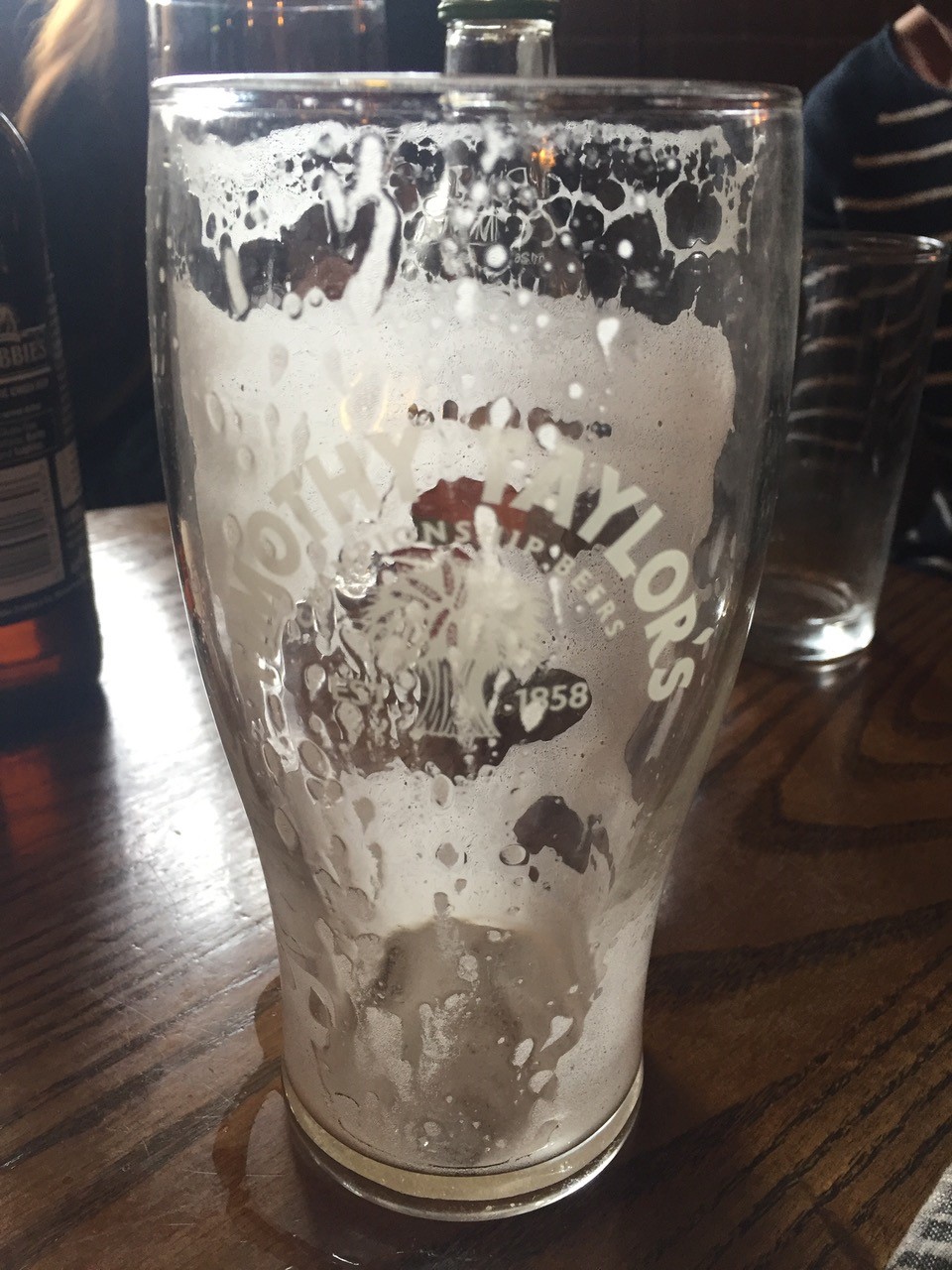 Stuff that happened on August 5 includes: 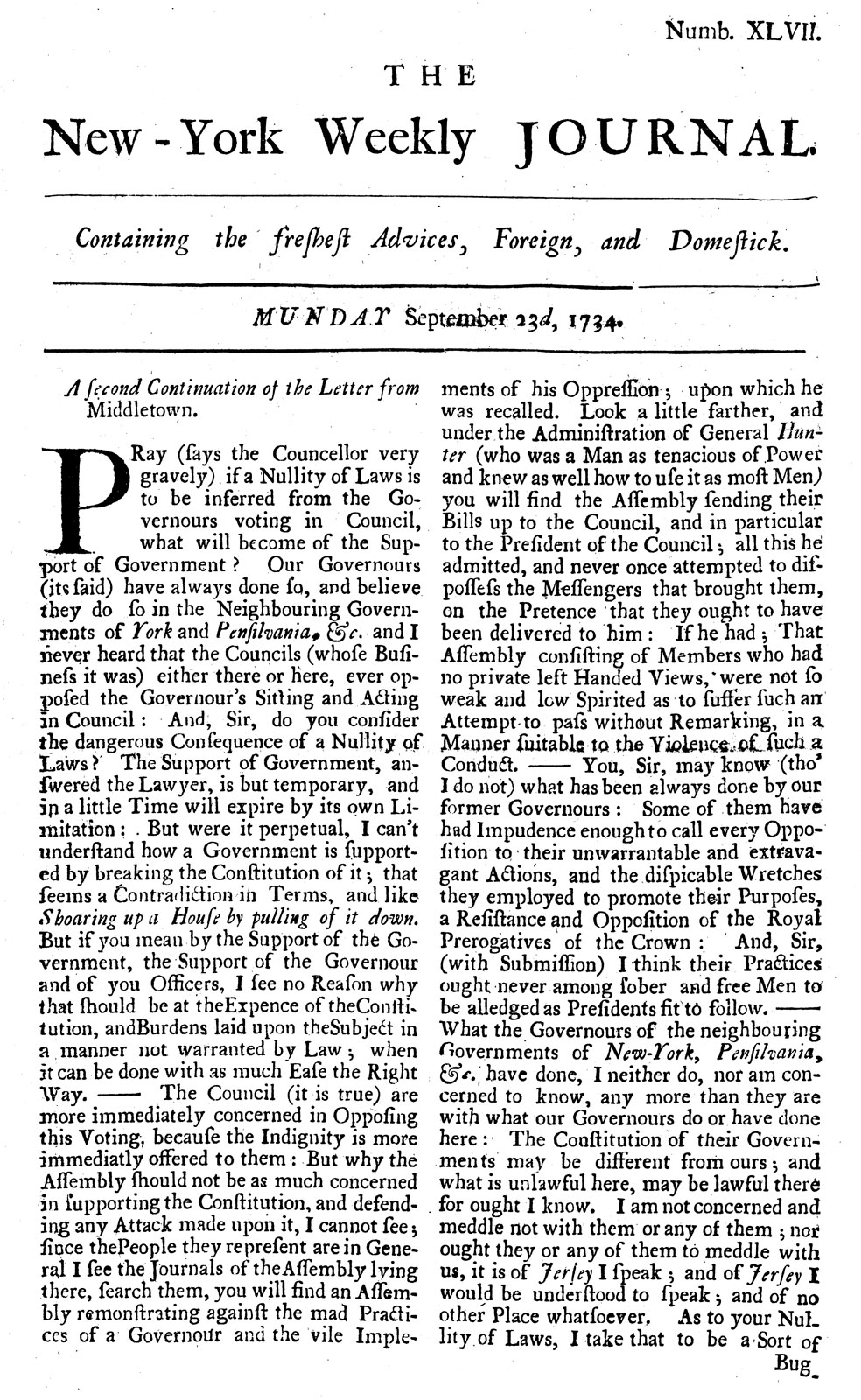 Less than three weeks, actually. A reliably working cable wasn’t put in place until 1866. Here’s a piece of the first failed cable, which Wikipedia describes as: 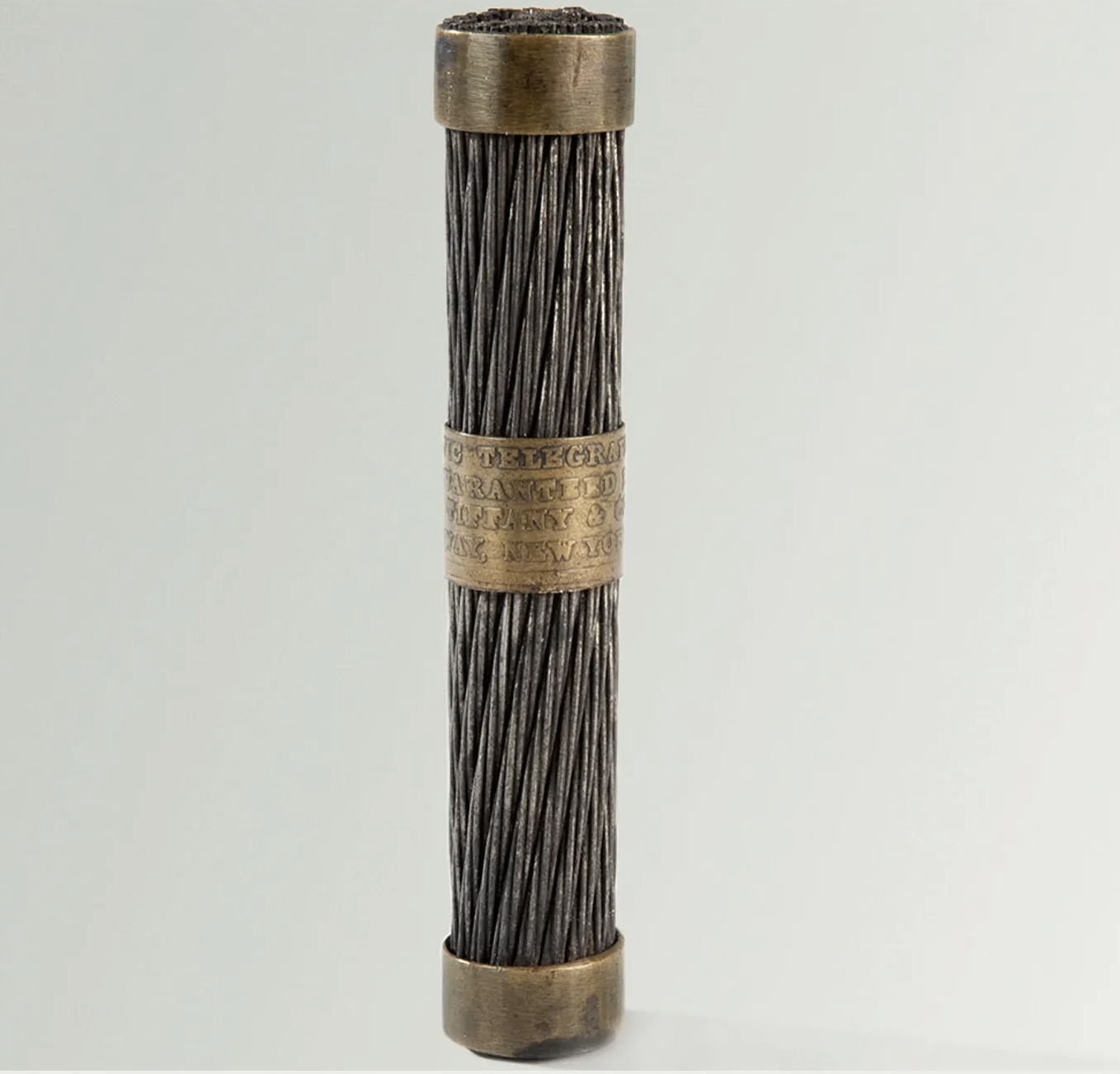 Here’s the cornerstone.  Does it make me a jingoist to get choked up when I think of all the many immigrants who came to the U.S., passing that statue and hoping for the liberty she represents? 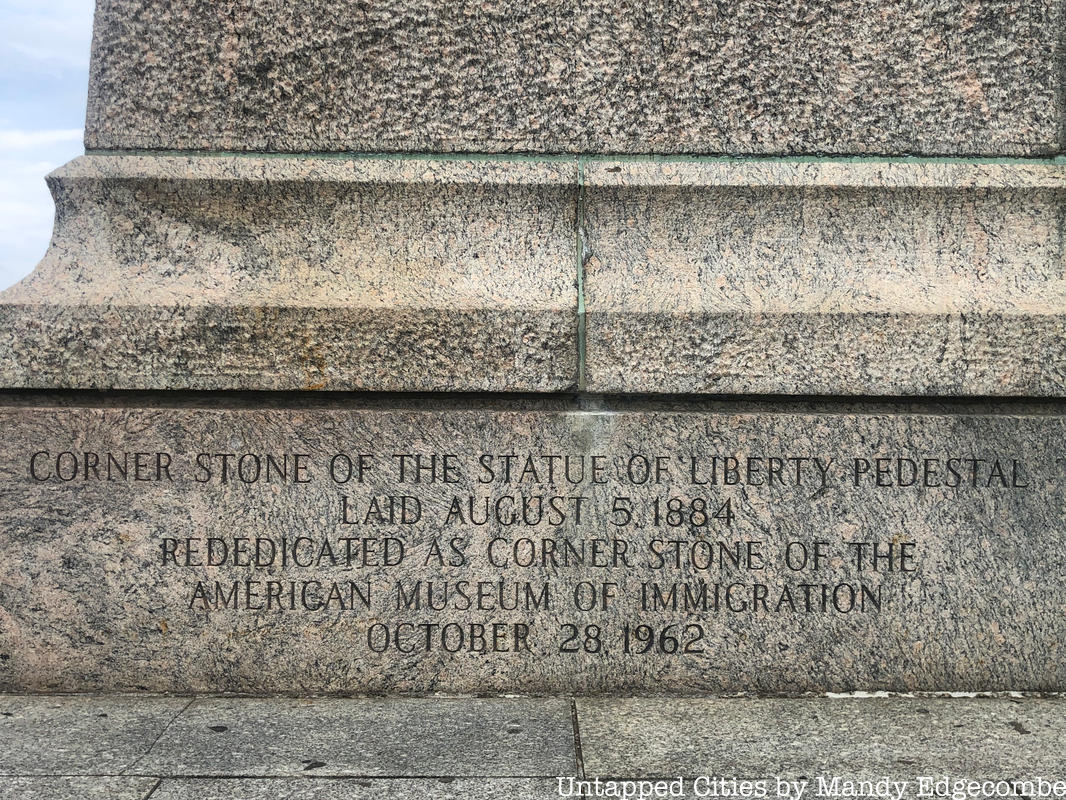 Here’s an early Cleveland traffic light but I’m not sure if it’s the first one. The signals were controlled by a cop in a booth nearby, which makes you wonder why they didn’t just put the cop in the middle of the intersection, but it did save wear and tear on a cop’s feet, and avoid his getting hit. But it didn’t save labor. See the second paragraph of this post. 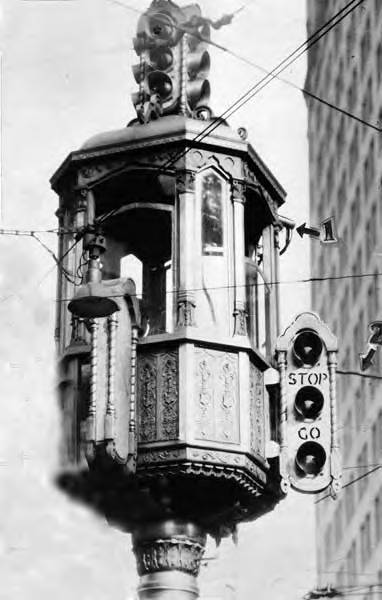 Read about how Houdini did it here (no trickery involved). Here’s a relevant tweet showing the pool and his sealed tank:

Here’s Mandela’s cell on Robben Island, where he spent 18 of those years: 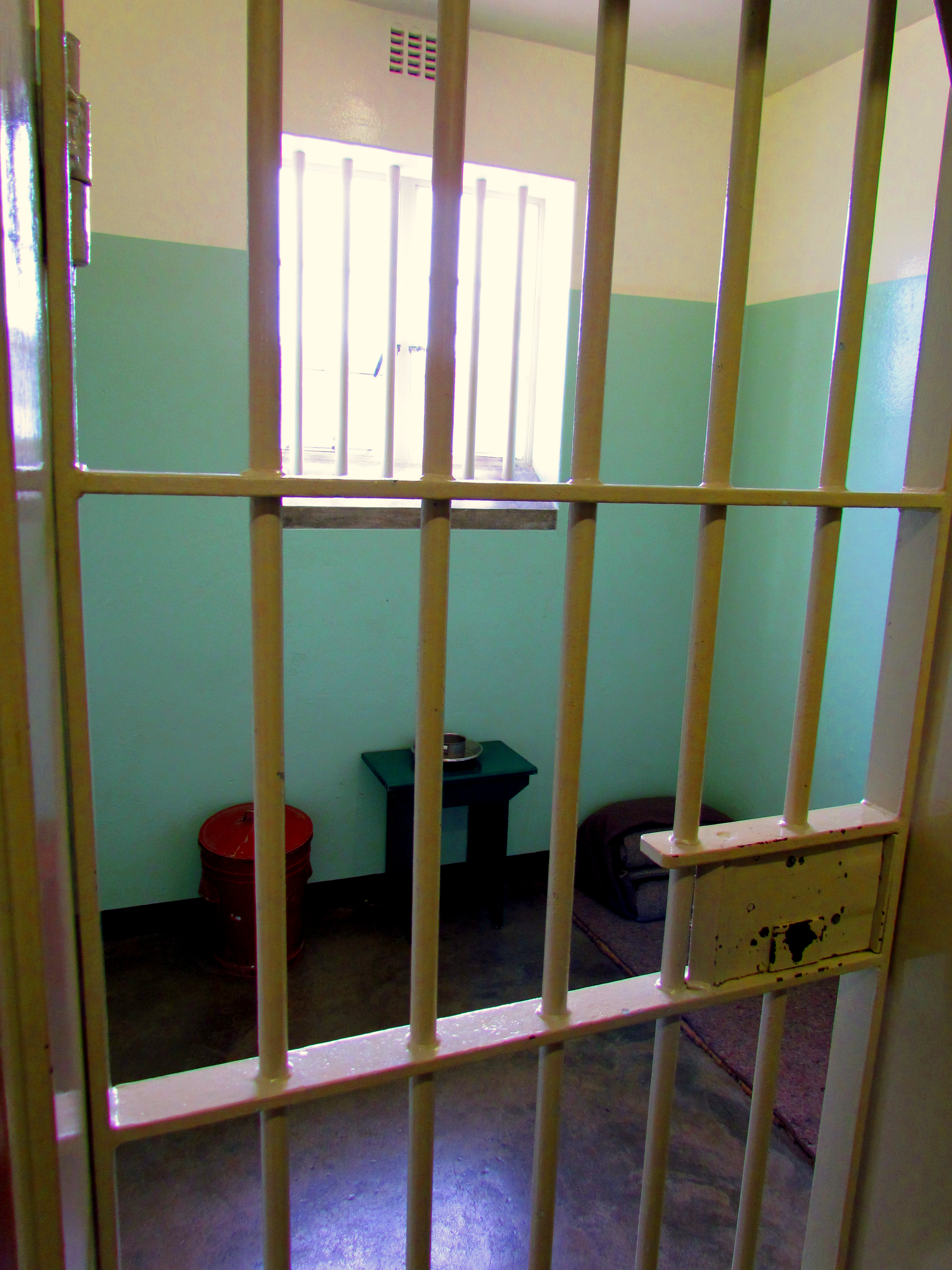 Here are some segments from that tape:

Here’s a video of the first miner being brought up (they were all saved), stepping out of the rescue capsule; his name was Florencio Avalos. Can you imagine being down there for over two months?

Those who took up residence on their cloud on August 5 were very few; they include:

Can you name three famous movies that starred Guinness? (Only one can be about outer space.)

Meanwhile in Dobrzyn: Hili reacts to yesterday’s post on this site:

Andrzej: What are you thinking about?
Hili: I’m rejecting far-left and far-right. 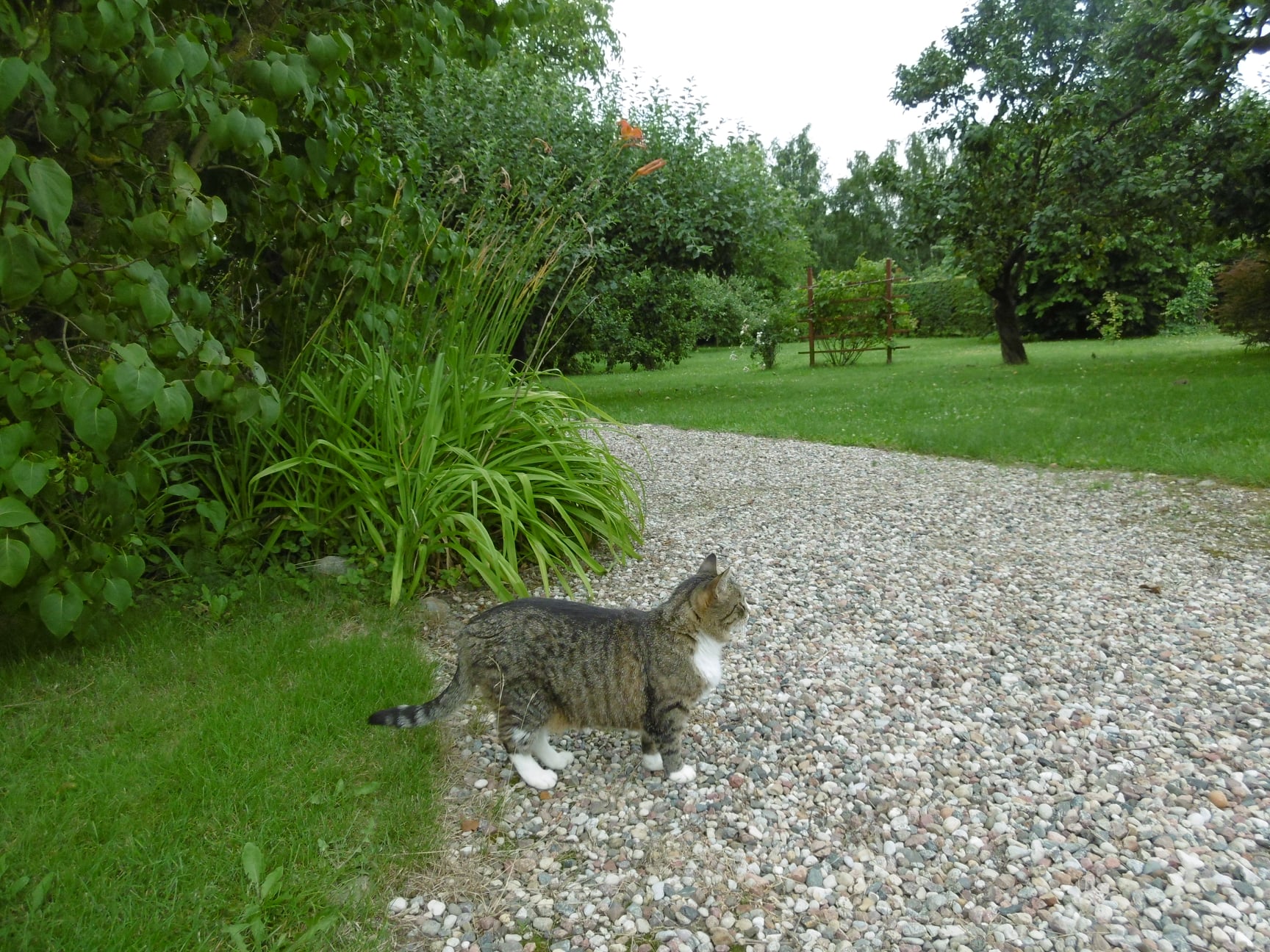 And a photo of Szaron resting: 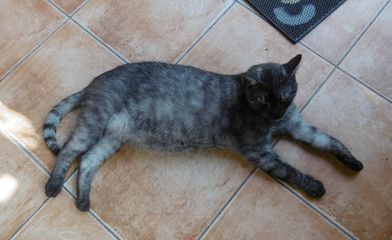 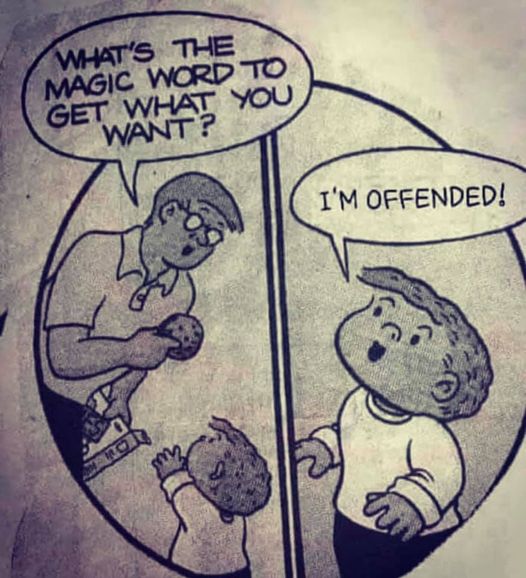 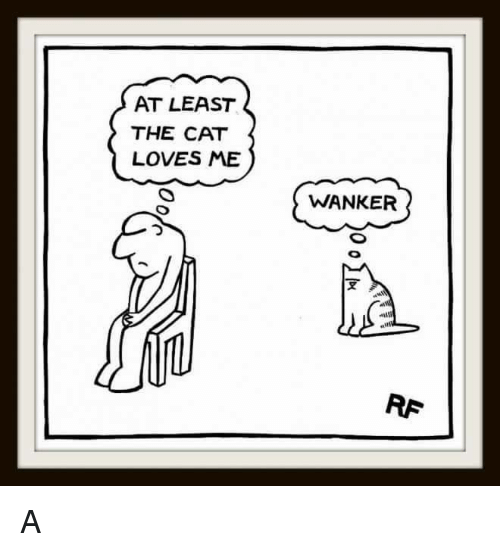 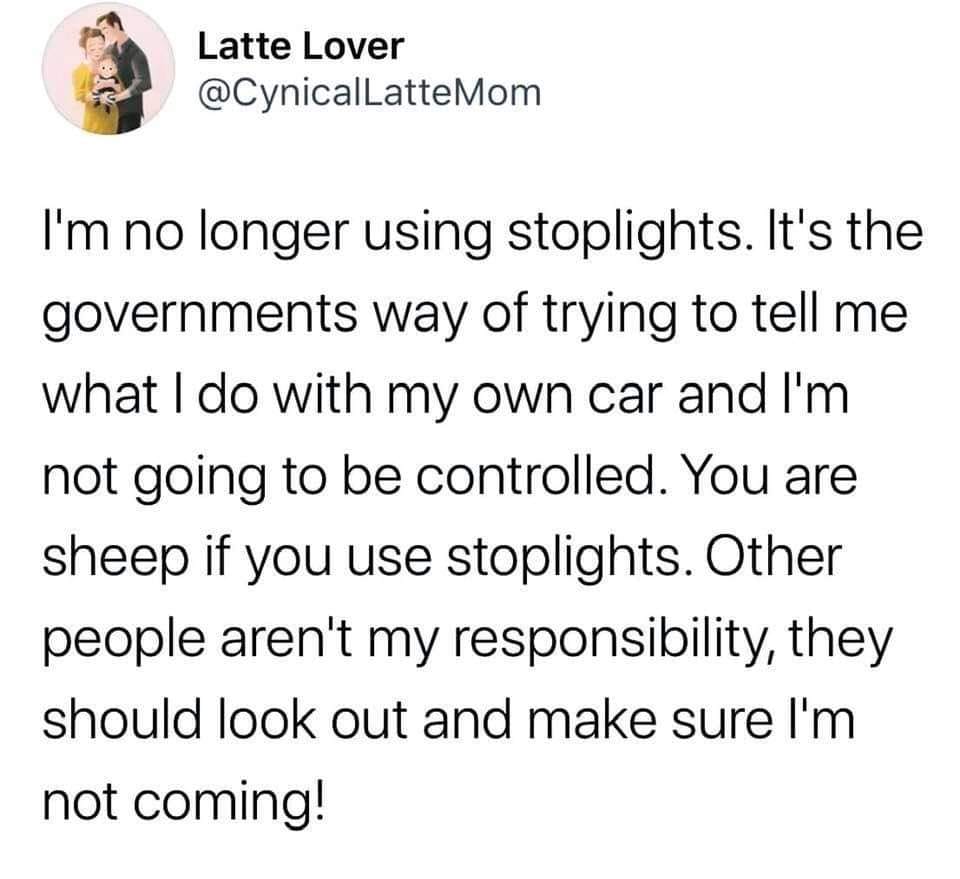 From Simon; pay attention to the second tweet (the thread is about weird slugs). I’ve put a video below that one. (I wrote about this slug before.)

The Elysia sea slug. Will literally detach its head from its body and then GROW A NEW BODY. Got too many parasites, diseases, and injuries? Lose your head, pop off your body, grow a new body, done!
📽️ https://t.co/n6ctYGRkI1 pic.twitter.com/EHjgzdwTL2

Two tweets from Ginger K. Look at that baby lion pretending to be fierce!

And another scheme to get jabs for the vaccine-resistant:

Sadly, it would probably work…. pic.twitter.com/eu6FpL43BS

A Facebook post from Masih’s site “My Stealthy Freedom”. I can’t get over the bravery of Iranian women, who could be clapped into jail for years for talking and acting like this. This was posted two days ago, and the video has an English translation of the wors spoken. The translation of the title:

This is today in Orumiyeh-Iran . A brave woman fighting against #ForcedHijab and gender apartheid. Head of the revolutionary court in Iran announced: “Women who send Masih Alinejad videos risk 1 to 10 years of jail”

Regime is scared of this kind of women.

Tweets from Matthew, who’s on hols. First, on the naming of ducklings:

This lass dropped her sunglasses in an orangutang enclosure

…..and we are simply not worthy…. pic.twitter.com/JSWHTgnMIz

Read the link. We’re infecting deer with coronavirus, which could also spread to other mammals and provide several new species as “animal reservoirs” for the virus:

Why do one-third of white-tailed deer in the north-eastern US have antibodies against SARS-CoV-2 — and why does it matter? https://t.co/XUtOV1xYxP