Frisky the Wood Duck, who I’ve now concluded is the same duck as last year’s Frisky, but who hasn’t yet molted into his gorgeous plumage, returned to Botany Pond last night and is well integrated with the other mallards. He tends to avoid them at feeding time, because they’re much larger than he is, but he’s fast and dextrous, and has no problem getting a full meal. (His speed and dexterity in fact helped give him his name.)

Late this morning, however, I found Frisky lazing on the pond bank with other mallards, happily enjoying each other’s company. As one member of Team Duck said, “Frisky thinks he’s a mallard!”  Well, we don’t know what Frisky really thinks, but he’s certainly well in with the other species: 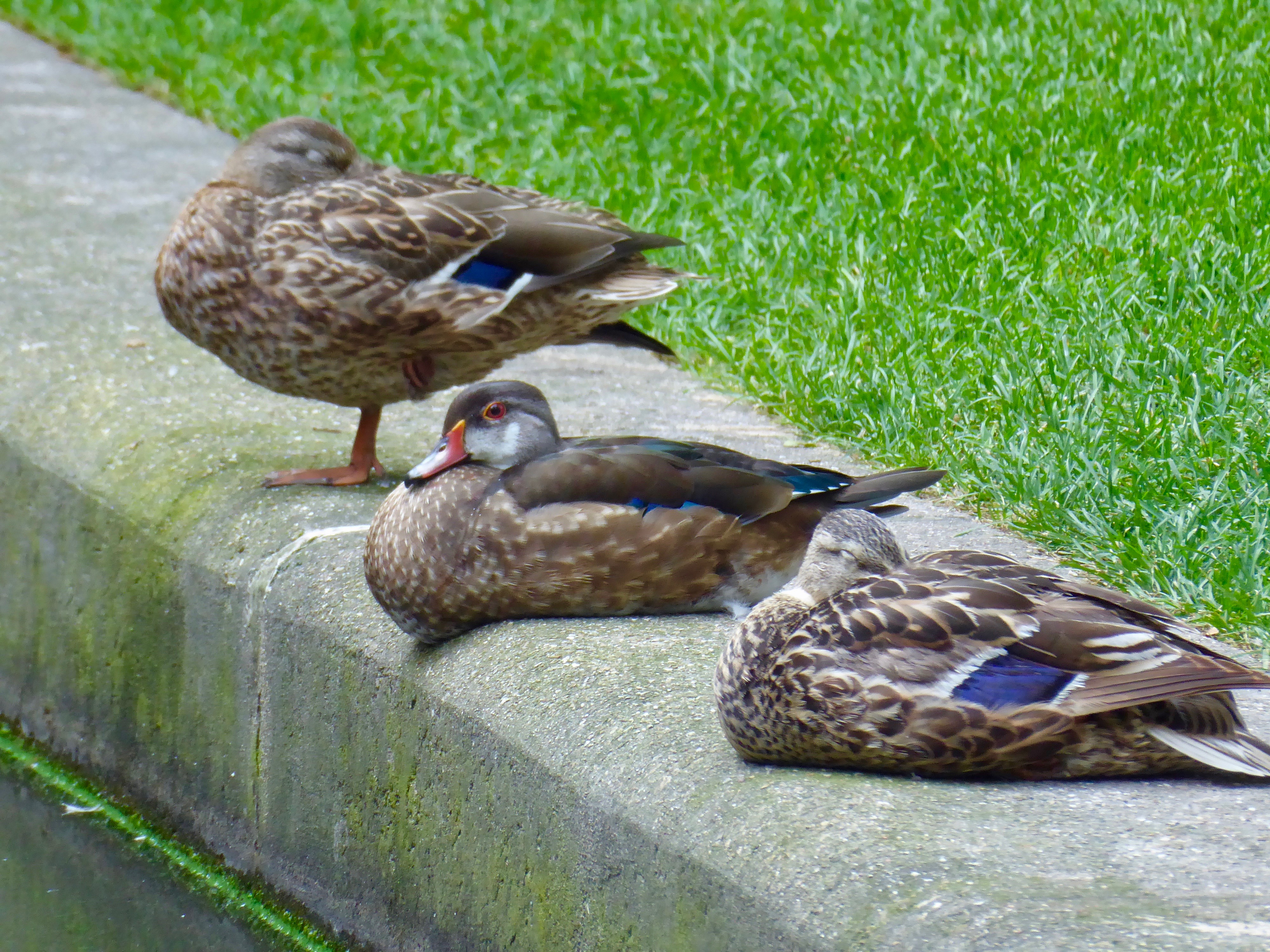 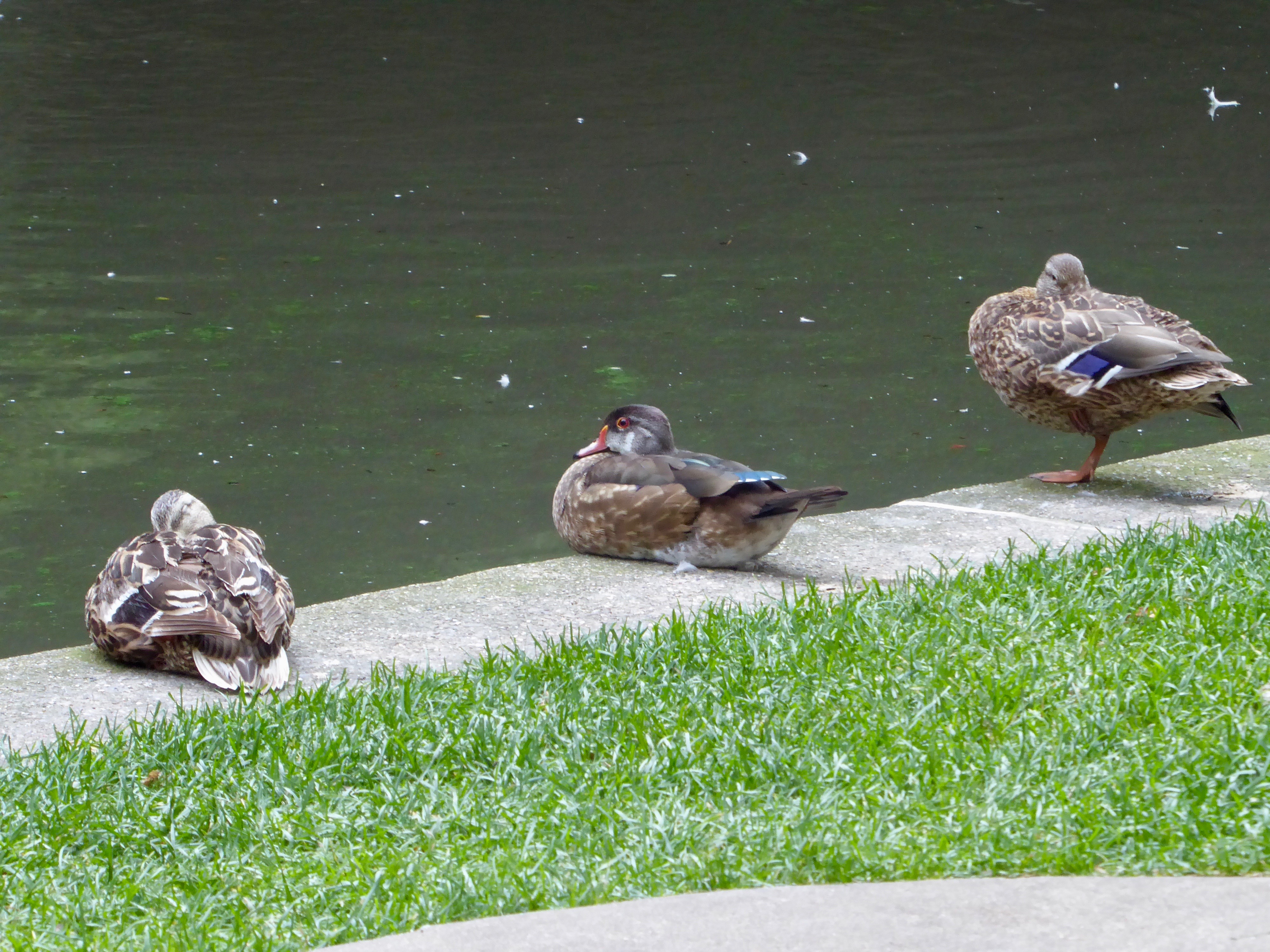 4 thoughts on “Which of these ducks is not like the others?”