Good morning on the first Monday in August, the second day of the month, 2021: National Ice Cream Sandwich Day, the apotheosis of which is the It’s-It, vanilla ice cream sandwiched between two oatmeal cookies, and the whole shebang dipped in chocolate. Sadly, this treat is available only west of the Rockies. 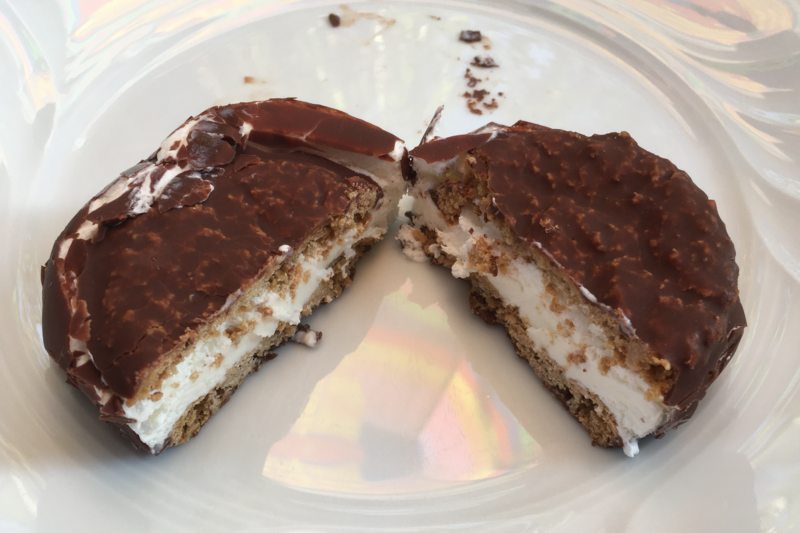 It’s also National Coloring Book Day, Dinosaurs Day (Matthew will like this), and the following remembrances of the genocide of the Romani (formerly “gypsies”):

After a false start, Marcell Jacobs of Italy won the men’s 100-meter dash at the Olympics with a time of 9.8 seconds. The Olympic record is 9.63 seconds, set by Usain Bolt in 2012, and the world record is 9.58 seconds, also set by Bolt. Here’s the race. Press “Watch on YouTube” for all videos:

And in a heartwarming act of sportsmanship, the two best high-jumpers in the men’s event, after tying, agreed to share the gold medal in the event (see below).  A video:

Even more heartwarming sportsmanship: in an 800-meter men’s qualifying heat, contender American Isaiah Jewitt was tripped, fell, and another athlete, Nijel Amos of Botswana, went down with him. So much for their chances at a medal. What did they do? Helped each other up, hugged, and crossed the finish line together—dead last.

Have you lost your motivation but don’t feel very depressed—just blah? Well, you may have the “middle child” of mental illness, languishing.  I suspect that many of us, including me, are suffering from this. The cure? Well, there are many suggestions, though I don’t know if any have been subject to double-blind tests. Here’s one:

So what can we do about it? A concept called “flow” may be an antidote to languishing. Flow is that elusive state of absorption in a meaningful challenge or a momentary bond, where your sense of time, place and self melts away. During the early days of the pandemic, the best predictor of well-being wasn’t optimism or mindfulness — it was flow. People who became more immersed in their projects managed to avoid languishing and maintained their prepandemic happiness.

As someone said on another topic, “All this is as plausible as anything else.”

Stuff that happened on August 2 includes:

Here’s the signed document, which you can see in the U.S. Archives (visit it if you can). While the document was proclaimed by the Continental Congress on July 4, 1776, signing occurred later. As Wikipedia reports:

The Declaration was transposed on paper, adopted by the Continental Congress, and signed by John Hancock, President of the Congress, on July 4, 1776, according to the 1911 record of events by the U.S. State Department under Secretary Philander C. Knox. On August 2, 1776, a parchment paper copy of the Declaration was signed by 56 persons. Many of these signers were not present when the original Declaration was adopted on July 4. Signer Matthew Thornton from New Hampshire was seated in the Continental Congress in November; he asked for and received the privilege of adding his signature at that time, and signed on November 4, 1776.

The document is badly faded, and is kept in a gas-filled chamber that can be automatically moved below ground in case of attack. But you can still see the big “John Hancock” signature at the bottom: 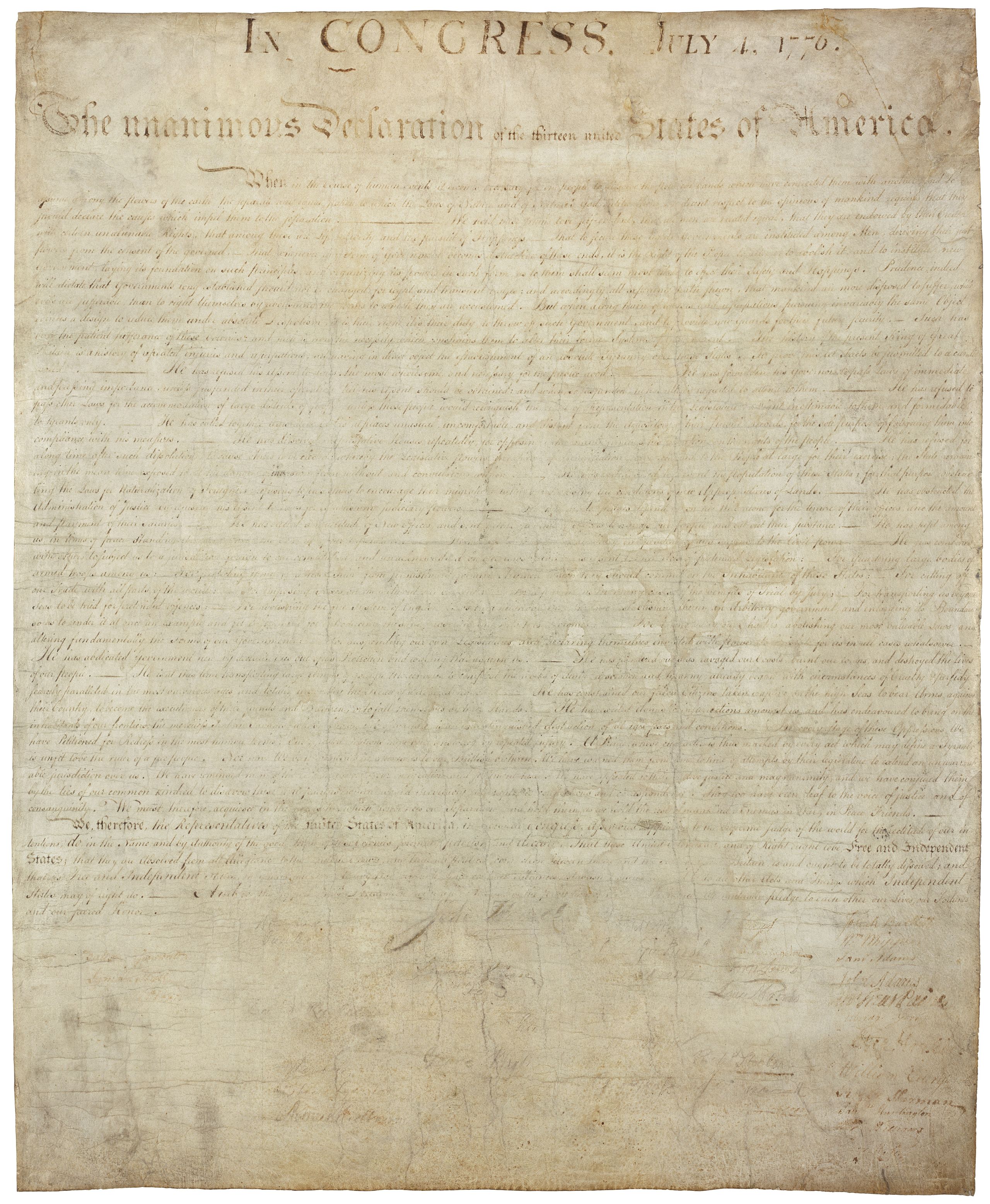 Here’s the census, and note that slaves are counted as full people, not 3/5 of a person. There were almost 4 million people in the country then. Note the categories: 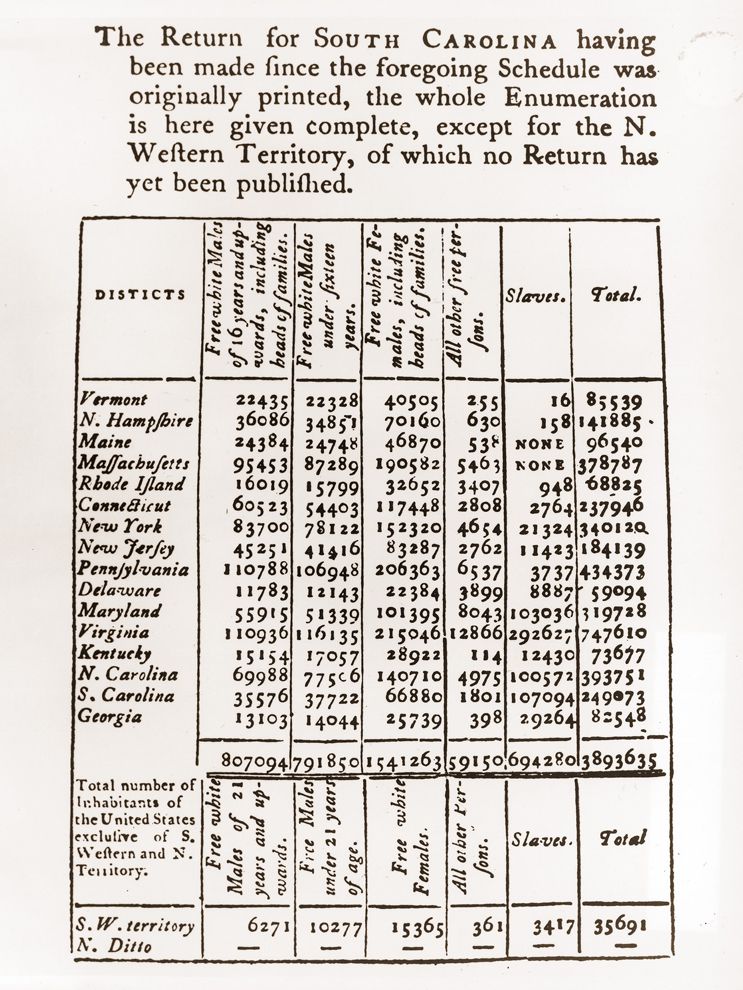 Here’s a cloud-chamber photo of the first positron ever observed. The caption is from Wikipedia:

Here’s the letter, which you can read by clicking twice. It’s signed by Einstein, but was written by Szilard: 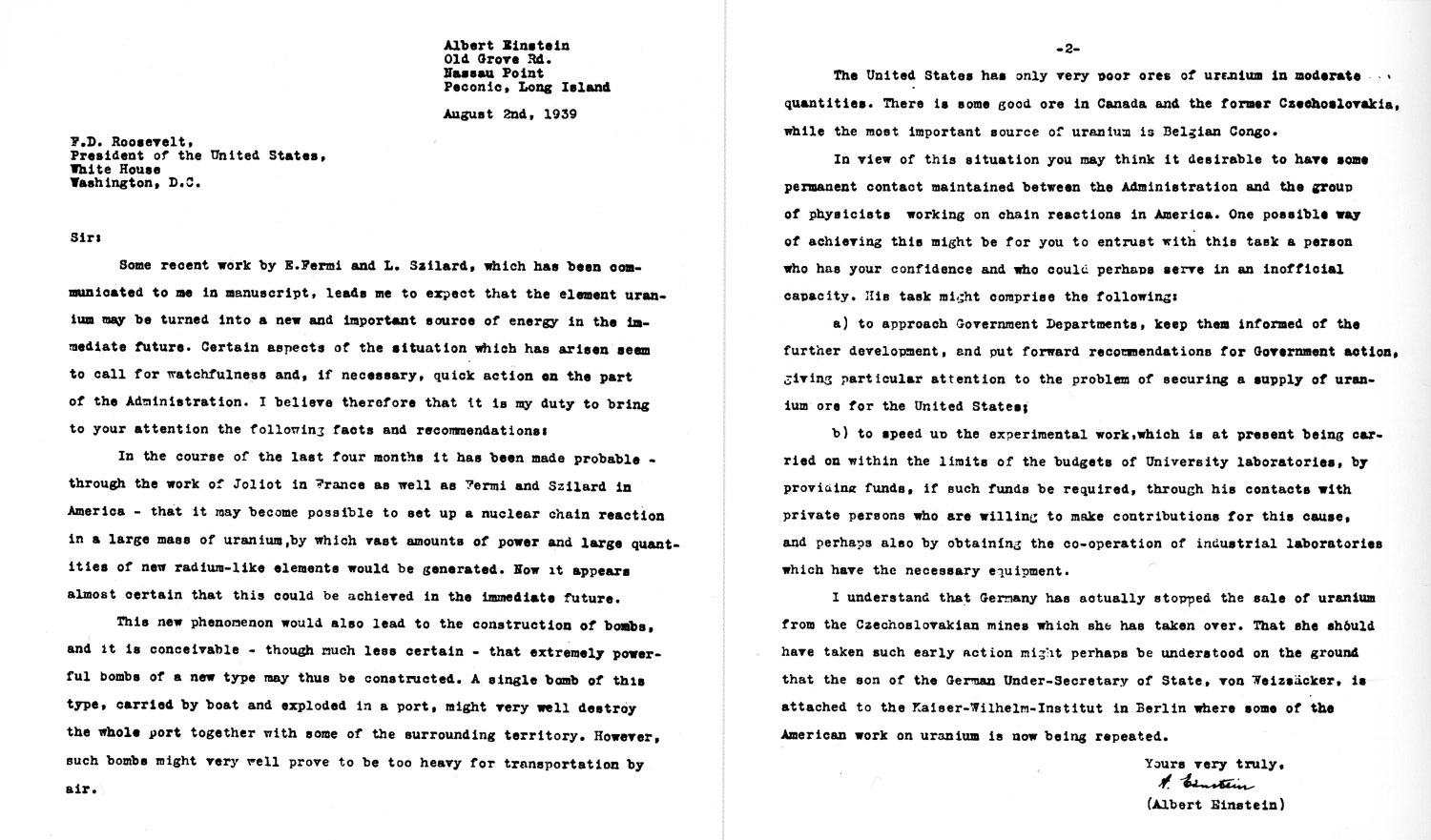 Here’s Lieutenant Junior Grade John Kennedy aboard the PT-109 in 1943:

Loy was at her best in The Thin Man as Nick Charles’s bibulous partner (they were both bibulous). Here’s a clip from the original 1934 movie, which spawned five Thin Man sequel:

Here’s Baldwin explaining on the Dick Cavett show on why he left America for France, where he lived from when he was 24 until he died at 63): segregation and racism. I read quite a bit of his writing during the first part of the pandemic, and think that his semi-autobiographical novel Go Tell It on the Mountain is the best.

Was O’Toole ever better than in “Lawrence of Arabia”? Here he is discussing some of the material he absorbed to play Lawrence:

Those who cashed in their chips on August 2 include:

Here’s an apparently unfinished painting by Gainsborough, “The Artist’s Daughters with a Cat”. The cat is either unfinished or a ghost: 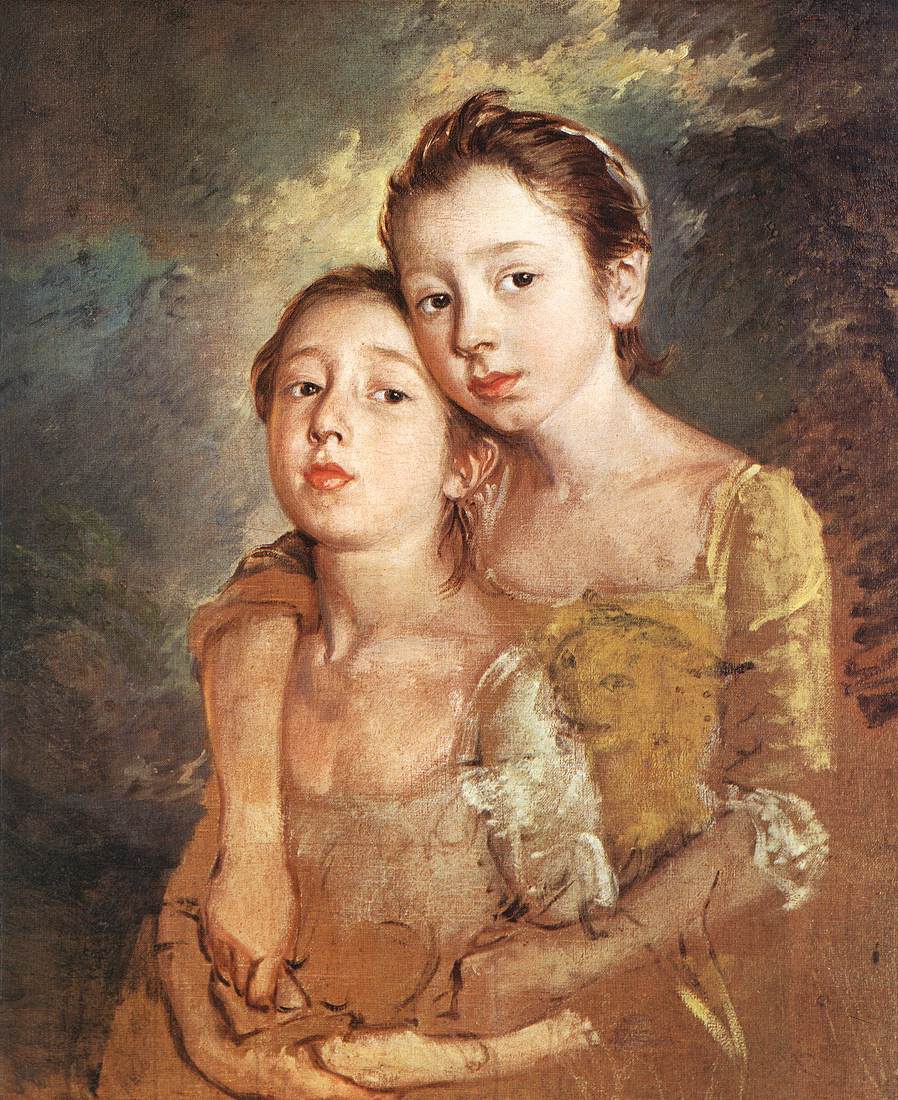 Does this man look like a poet? No, he looks like an insurance company executive, which is what Stevens did most of his life. Yet during that time he wrote some of our era’s greatest poetry. My favorite is “Peter Quince at the Clavier“. Clearly the humdrum of insurance work didn’t deaden his inner life. 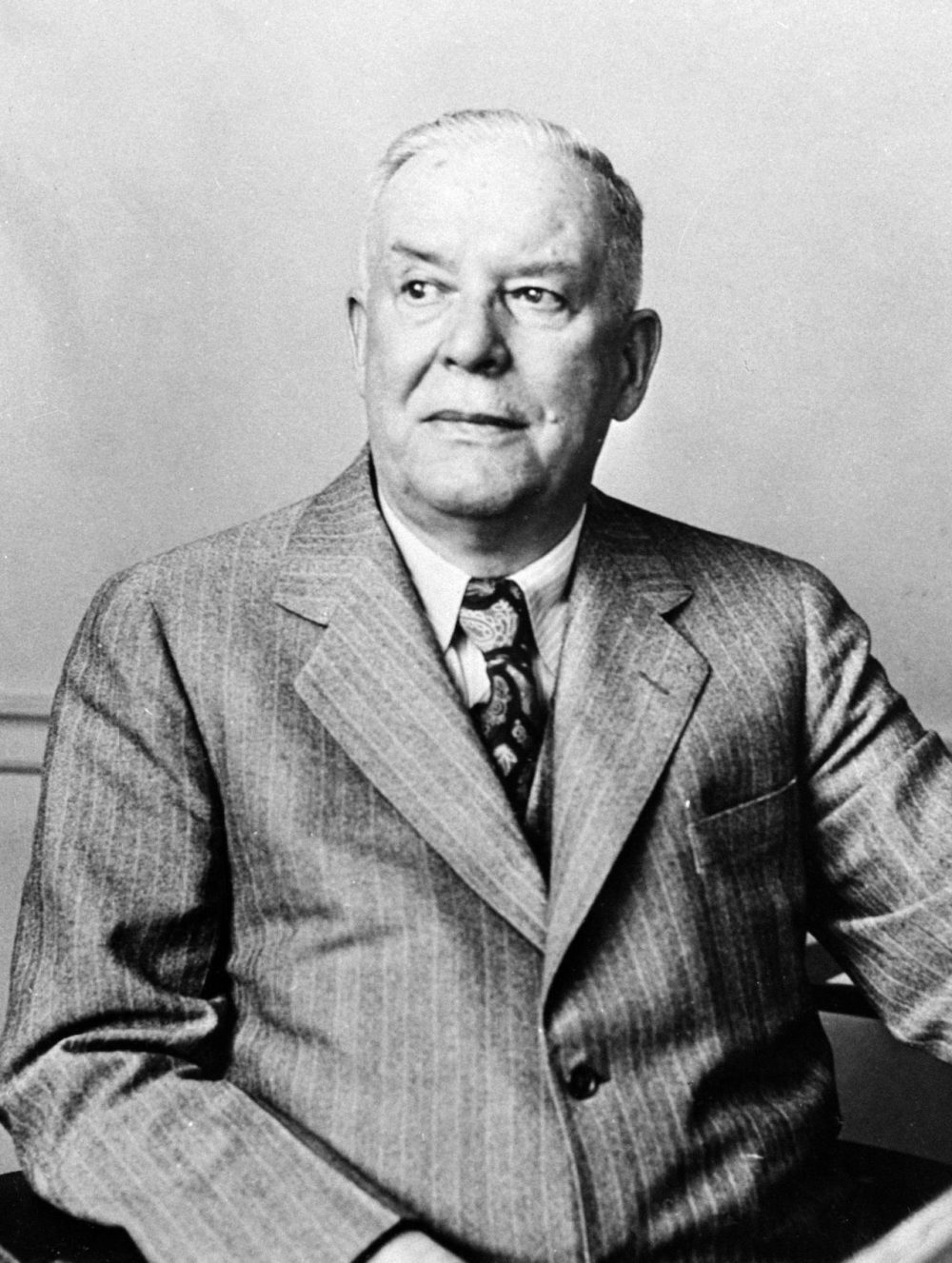 One of the more odious characters in American history, Cohn came to public attention as the aide to Senator Joseph McCarthy during the Army-McCarthy hearings. He was evil then, and remained so until he died.  He was a buddy of Donald Trump, and Cohn’s influence there is clear. Here he is in 1954 during the hearings. 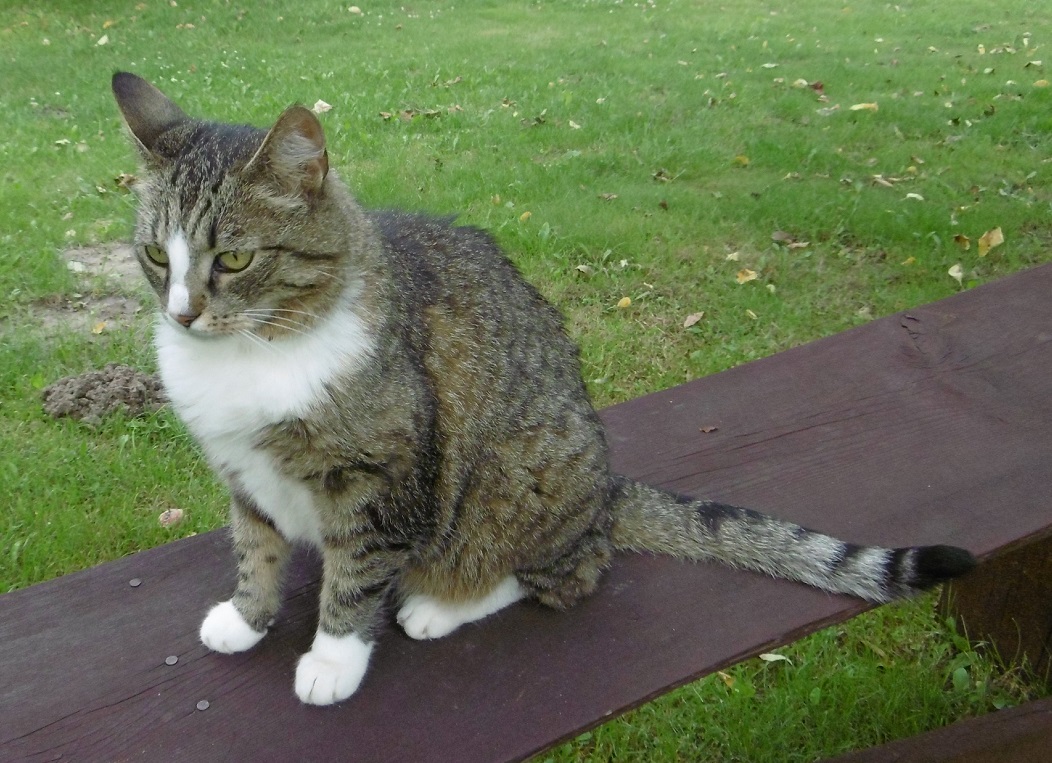 And little Kulka jumped on top of Andrzej and Malgorzata’s refrigerator:

Caption:  World seen from the top of a refrigerator: 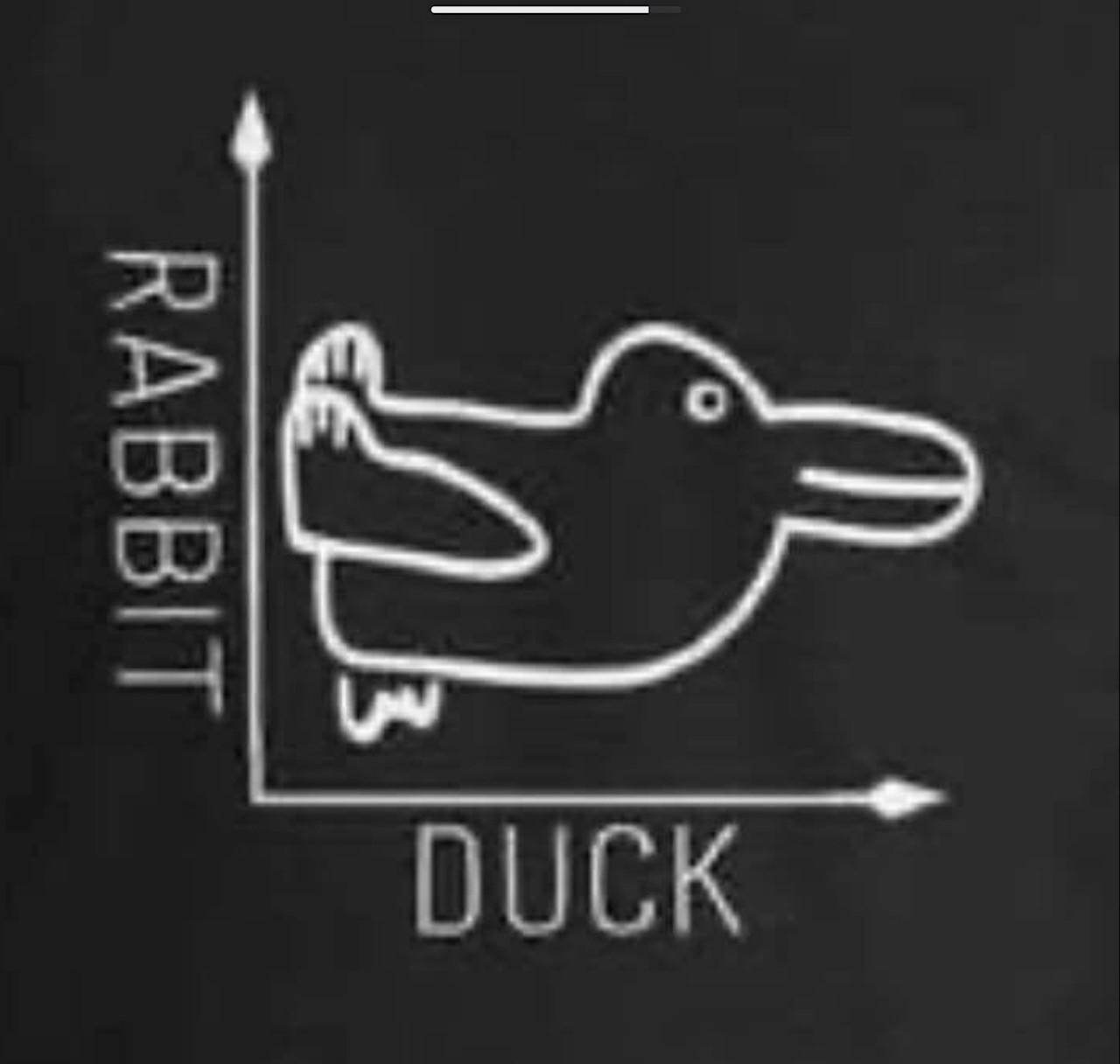 A public post on Facebook I found and passed on.  If you don’t get it, inquire in the comments and ye shall be enlightened. Comments: a. this is the woods, though sparse woods, and b. I don’t know where the Pope is: 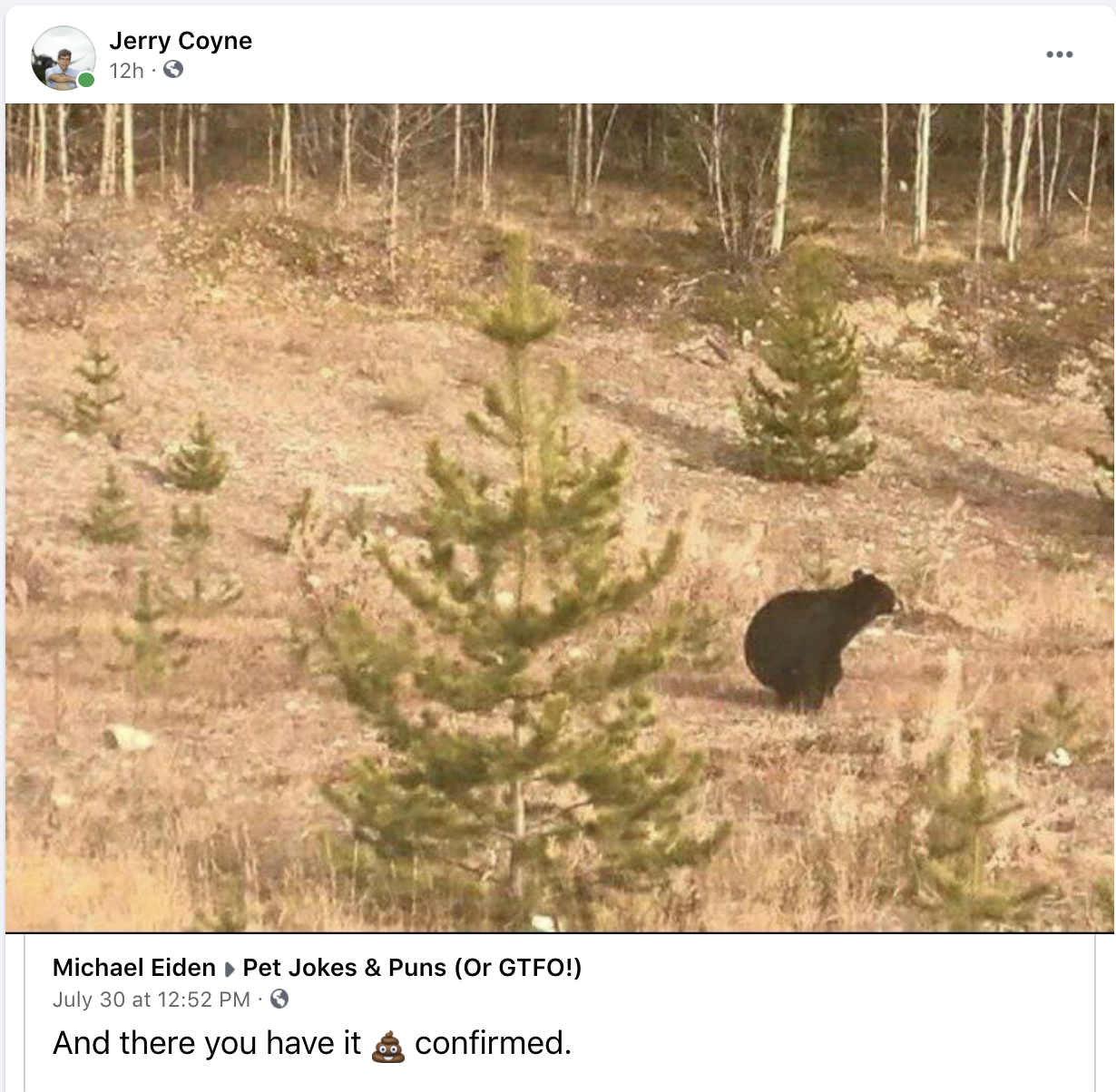 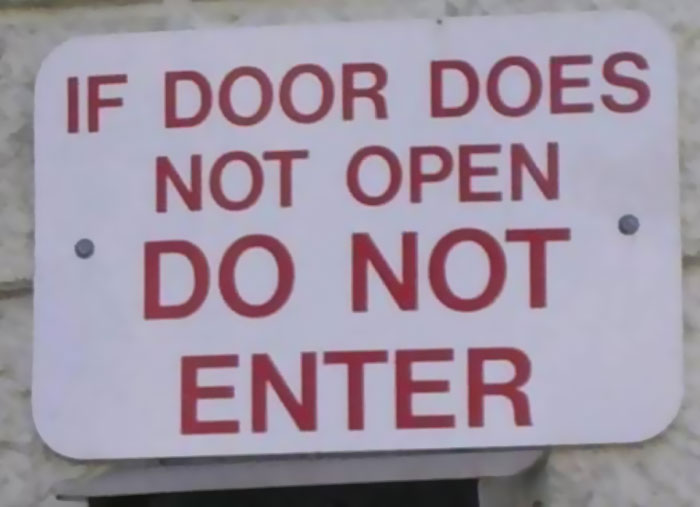 Titania is so prescient!

If the American Medical Association is going to steal my ideas, it could at least credit me for it… 🤦‍♀️ pic.twitter.com/AuXCaHNTvQ

Bill Maher, inspired by the Olympics, dilates on woke and cancel culture in his latest monologue:

How bad does this atmosphere we're living in have to get before the people who say cancel culture is overblown admit that it is in fact an insanity that is swallowing up the world? #WokeOlympics pic.twitter.com/P9rJNs6nrs

Tweets from Matthew. This pose of a mantid that makes it look like a vertebrate with its jaws open, is stunning. I think it’s likely that that is what’s being mimicked, and think of the behavioral and morphological mutations involved in the evolution of this trait. Not only that, but if it’s not disturbed, it mimics a dead leaf.

Deroplatys desiccata, also known as dead leaf mantis, is a predator, but also prey to many other predators. To scare them off, the mantis can assume a 'deimatic display', showing its wings and using its front legs to create the illusion of a toothed mouth https://t.co/zSTcGL84sM pic.twitter.com/h1smkZlCoK

It is a win-win, but only if they tied. And they did. According to the AP, they could have settled the gold with a jump-off, but Barshim suggested they each get a gold, and the Olympic judge agreed! I wonder if they eliminated the silver medal from this competition.

This is great but why wouldn’t you? It’s literally win-win. https://t.co/vkomuohsfA

Here’s a mossy frog that Matthew sent me to cheer me up. And listen to the call it makes! Translation: “Remember the moss tree frog (Theloderma corticale), which occurs in Southeast Asia and looks like something else? This one is the vocalization that males of this species emit to attract females!”

Either there were tricksters back then, too, or this proves that there are aliens:

The Mowing-Devil: or, Strange News out of Hartford-shire – an illustrated pamphlet from 17th-century England that documented the unexplained emergence of a crop circle in a farmer's field pic.twitter.com/EAtkszueZb

The only thing I don’t get about this is why the guy didn’t insist that he get the second sandwich he paid for. I’d gladly buy a sandwich for a raccoon!