Posting will be very light today as I have two zoom calls, one about Antarctica.

It’s now 188 days until the Bidens moved into the White House, and there still is no First Cat. Just sayin’

The impasse arrives after lawmakers toiled away into the weekend over their proposal to improve the nation’s roads, bridges, pipes, ports and Internet connections. Republicans including Sen. Mitt Romney of Utah initially hoped to finalize a more robust blueprint as soon as Monday so that the long-stalled debate could finally start, but the prospect now seems unlikely given the sheer scope of policy obstacles that negotiators must resolve.

Lawmakers must still sort through lingering disputes over how to spend billions of dollars to upgrade the country’s railways, for example, along with thorny policy issues around broadband spending — including efforts by Democrats to ensure Internet access is affordable.

Both sides also have failed to come to terms on the formula for doling out money to improve the nation’s highways, as well as the exact funding available for water improvements. And lawmakers remain at odds over provisions sought by Democrats that aim to ensure any federal spending to improve infrastructure will pay workers prevailing wages to do the job.

I have no idea whether this bill will pass, but if something isn’t done, the country will fall to pieces. At least there’s a hint of bipartisanship going on. Will the bill need 60 votes to prevent the dreaded Filibuster?

The final victim in the Florida condo collapse has been identified: Estelle Hadaya, who died at 54. That, at least, leaves no families with relatives still missing. The search continued for a long time, but only one person was found in the rubble. Final death toll: 98, including Ilan Naibryf, a third-year physics student at the University of Chicago set to graduate next year.

Reader Woody called my attention to a yahoo! news piece reporting that Facebook, trying to repair its image among Americans disillusioned with the site, is now partnering with churches, helping them develop attractive online platforms. It’s also a way to increase Zuckerberg’s bottom line, by sucking the goddies onto Facebook:

Facebook, which recently passed $1 trillion in market capitalization, may seem like an unusual partner for a church whose primary goal is to share the message of Jesus. But the company has been cultivating partnerships with a wide range of faith communities over the past few years, from individual congregations to large denominations, like the Assemblies of God and the Church of God in Christ.

But what about the “nones”, Zuk? Aren’t you one of us?

The first openly transgender athlete has competed at the Olympics: their name is simply Quinn (Quinn uses the they/them pronouns), and they played for the Canadian women’s soccer team last Wednesday, in a game that was a 1-1 draw with Japan. From the AP report:

Quinn, who plays professionally for OL Reign in the National Women’s Soccer League, is not the only transgender athlete participating in the Tokyo Games. Probably the most visible is Laurel Hubbard, a transgender woman competing in weightlifting for New Zealand. Chelsea Wolfe, a transgender cyclist, is a reserve on the U.S. women’s BMX Freestyle team.

There was the possibility for several more elite transgender athletes to compete in Tokyo. Nikki Hiltz did not qualify in the women’s 1,500 meters at the U.S. track and field trials, while CeCe Telfer was declared ineligible in her bid to run in the 400-meter hurdles. Volleyball player Tiffany Abreu did not make Brazil’s final Olympic roster.

Speaking of the Olympics, the winner of the women’s “street skateboarding event” was only 13 years old! Japanese athlete Momji Nishiya got the gold, and the total ages of the three medalists was only 42.  But who could be younger than 13? Well, someone 85 years ago was:

Marjorie Gestring, [an American] diver who won gold at age 13 years and 268 days at the 1936 Berlin Games, is the youngest gold medalist in history, according to The New York Times. Nishiya, approaching her 14th birthday, is a bit older than Gestring was.

Here’s a 5-minute video of the skateboarding event, which I’m dubious about. There is another skateboarding competition besides this one: “Park Skateboarding”.

And here’s Gestring diving at the 1936 Olympics:

Stuff that happened on July 27 includes:

This is the only known authentic photo of Vincent van Gogh, taken in 1873. If you see any others, they’re either fakes or photos of his brother Theo. Also, note that a recent theory about van Gogh’s death involves him being shot by a kid rather than him trying to kill himself. 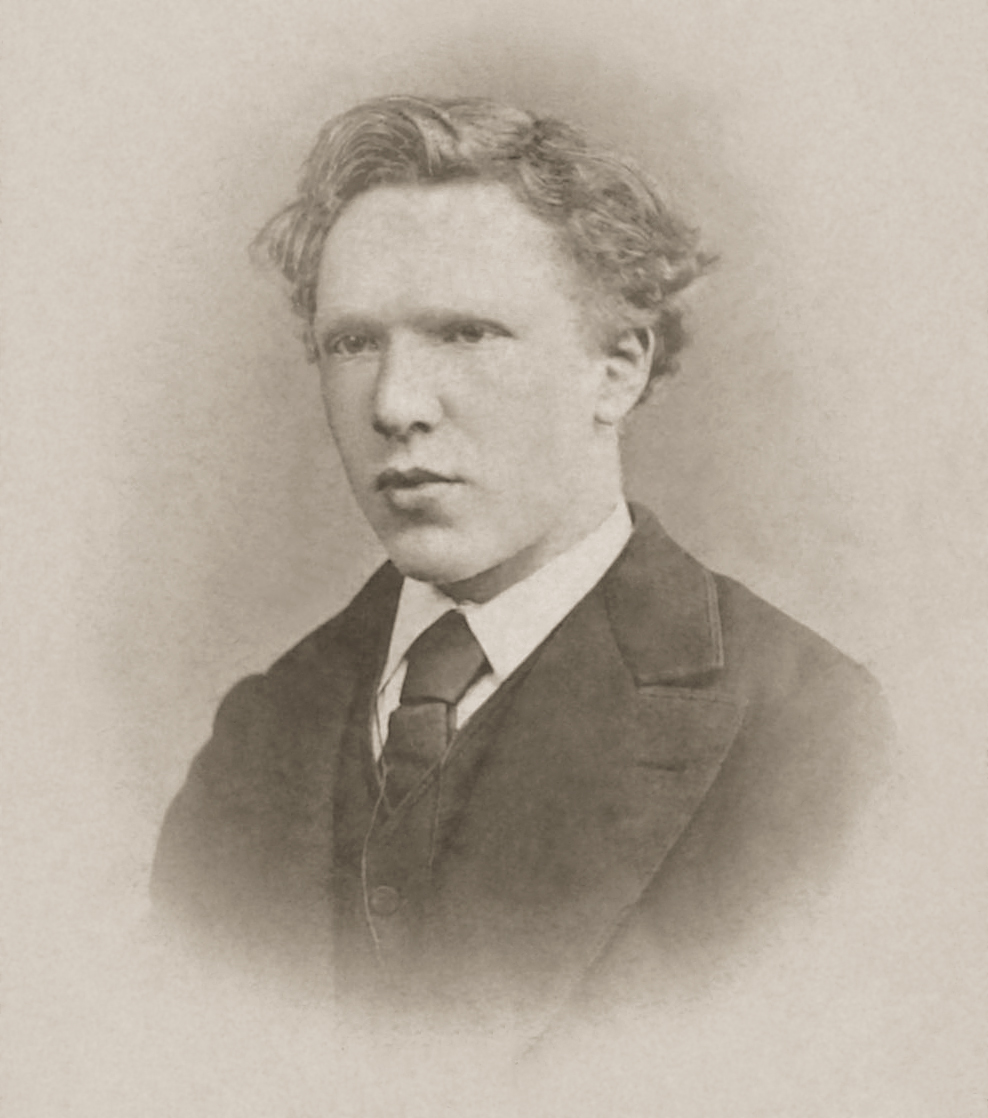 The riot started when a raft containing black kids accidentally drifted into a “whites-only” area of the 29th Street Beach. Whites pelted one black swimmer and killed him. The rest is history. Here’s part of a series of photos of the riot; this one shows a black man being pelted with stones. He died. 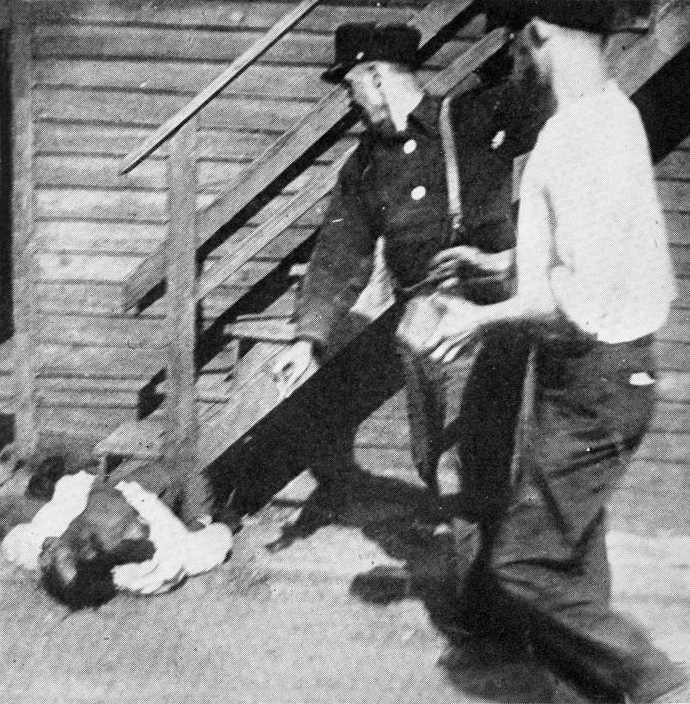 It was only two years before Banting and John Macleod won the Nobel Prize for this achievement. At 32, Banting remains the youngest Nobel Laureate in Physiology and Medicine. He split the prize money with his colleague Charles Best. Banting is at the right in this 1924 photo: 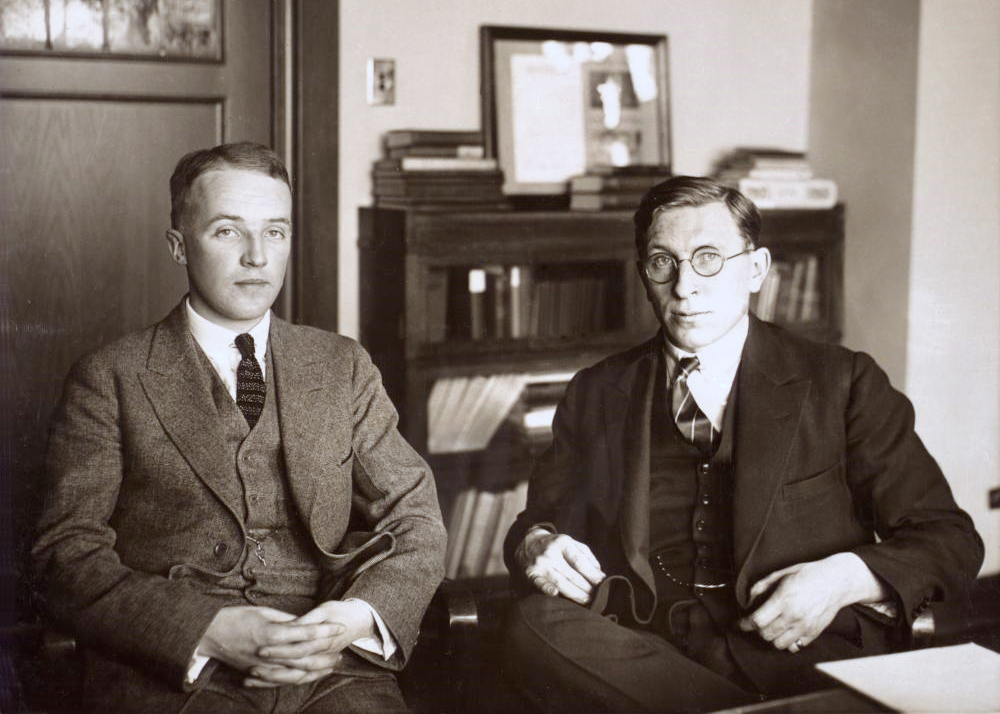 Here’s part of that cartoon. Bugs appears at 2:21:

They mean the first jet-powered commercial airliner. Here’s one, the model 4B: 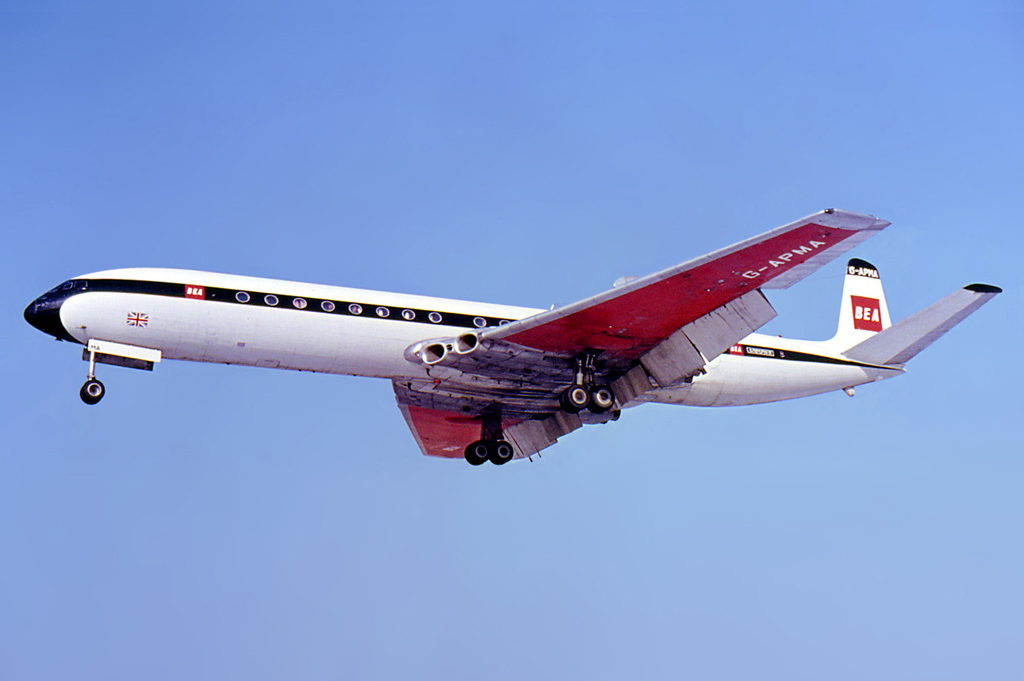 Remember when Richard Jewell, who found the bomb, was accused of planting it? (It killed one person and injured 111.) The real perpetrator was one Eric Rudolph (photo below), who’s spending the rest of his life in America’s most secure (and most horrible) prison, the ADX Supermax in Florence, Colorado: 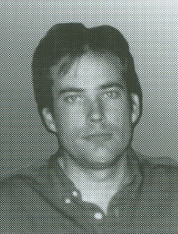 Eggleston is known for his color landscape photos. Here’s one: 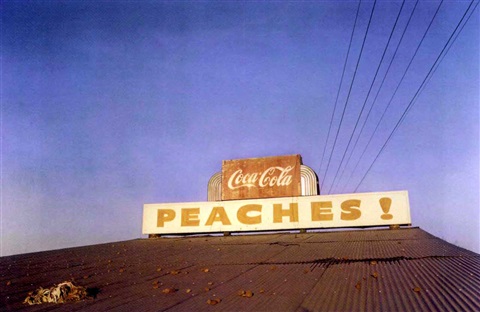 Those who took the Dirt Nap on July 27 include:

Here’s Gertrude Stein and her partner Alice B. Toklas in 1934. I still don’t understand why authors like Hemingway admired her so much; in my view, she was a dreadful writer. 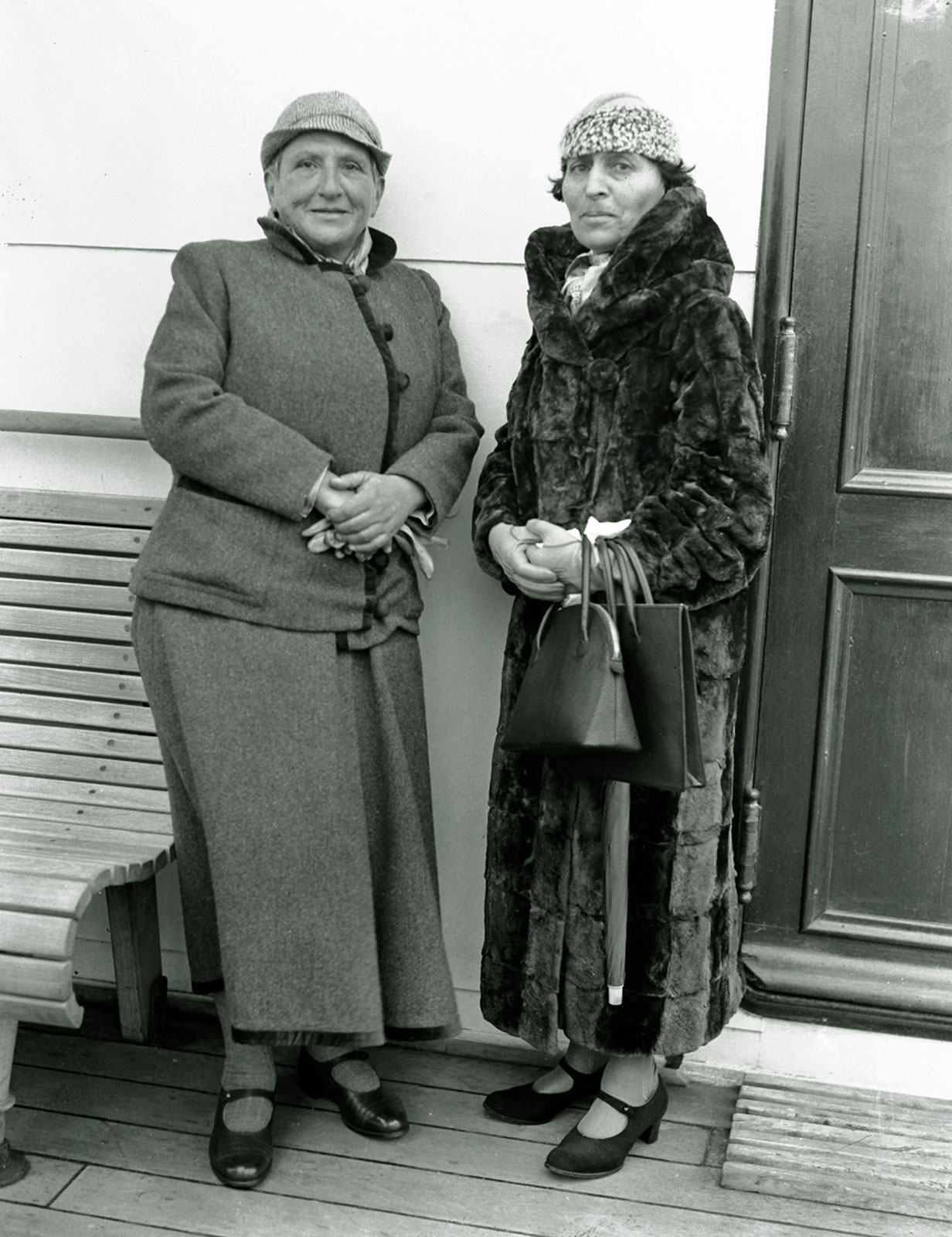 Meanwhile in Dobrzyn: Szaron is busy in the orchard, but nobody knows why he has to count apples.

Hili: Where are you going?
Szaron: I have to count apples on the ground. 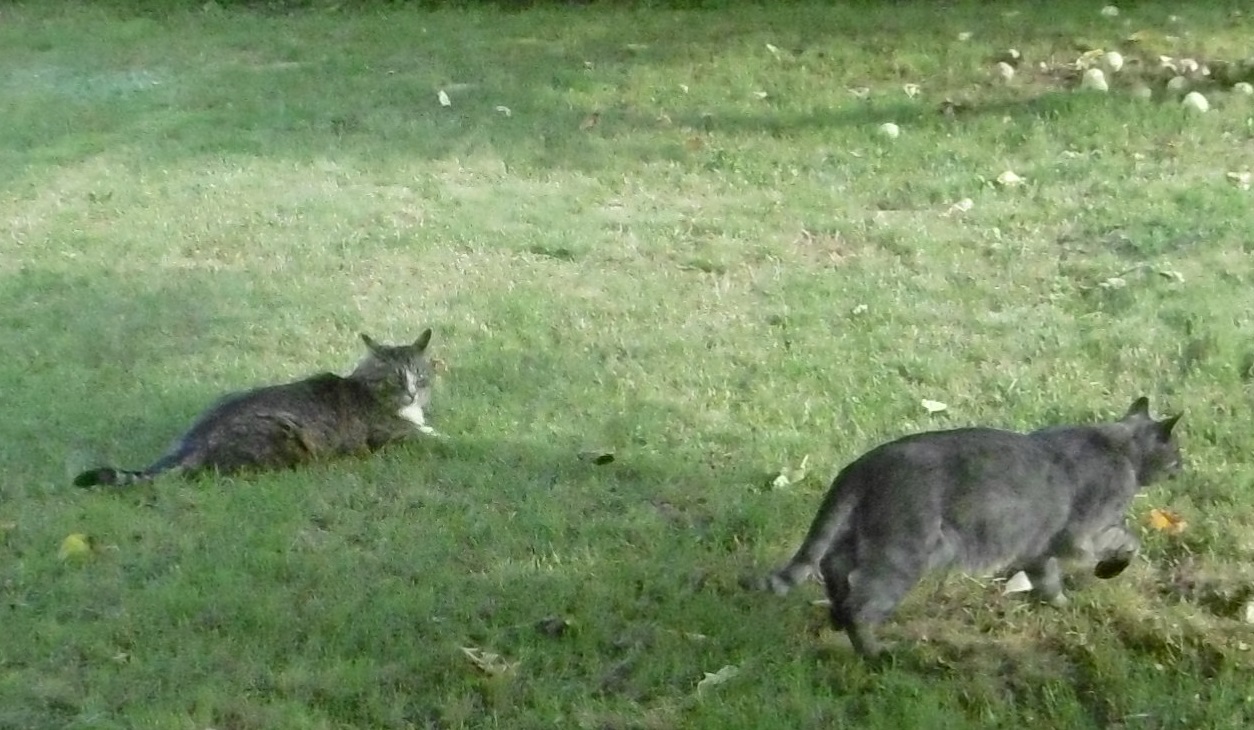 An Olympics meme from Bruce: 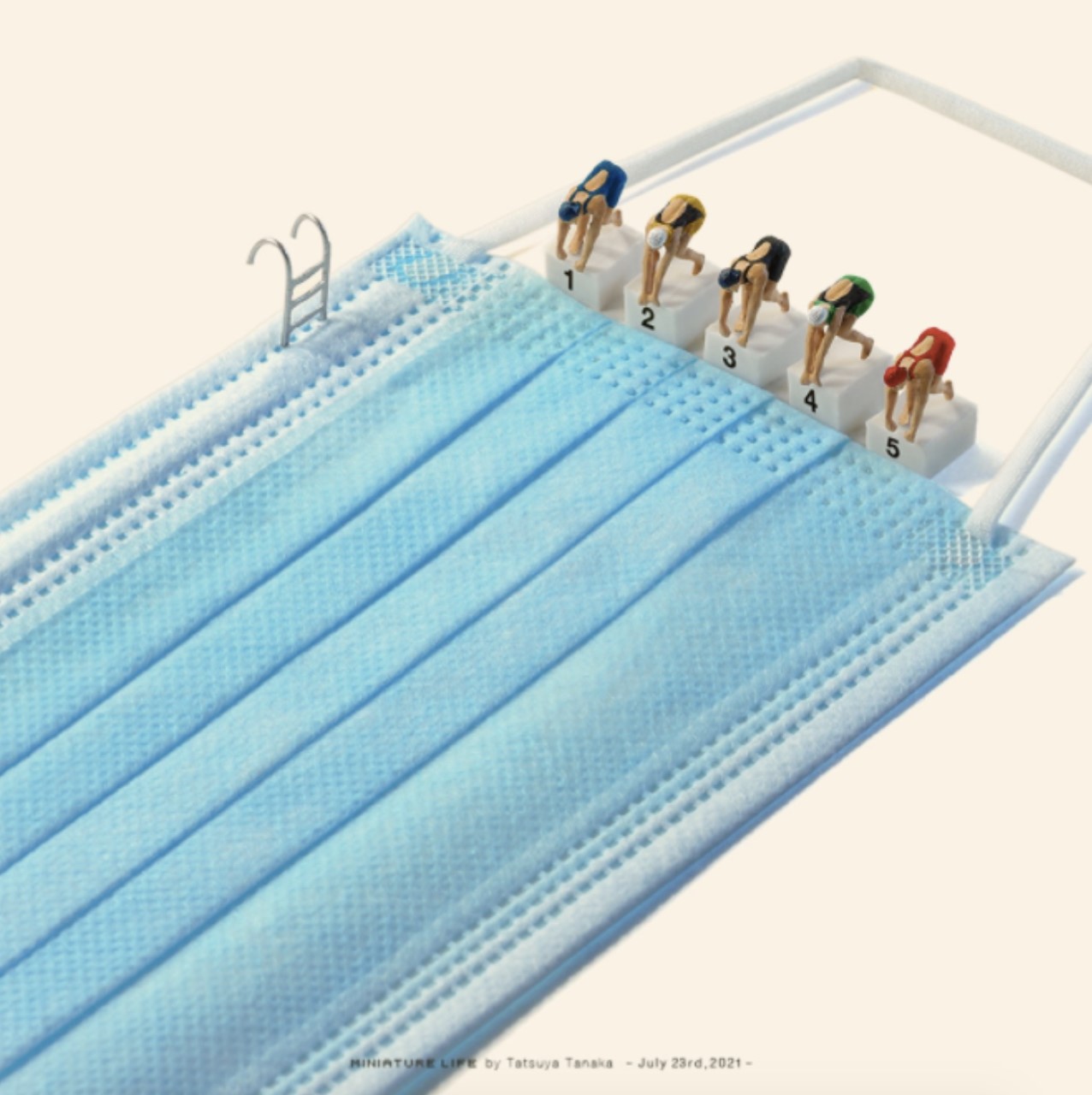 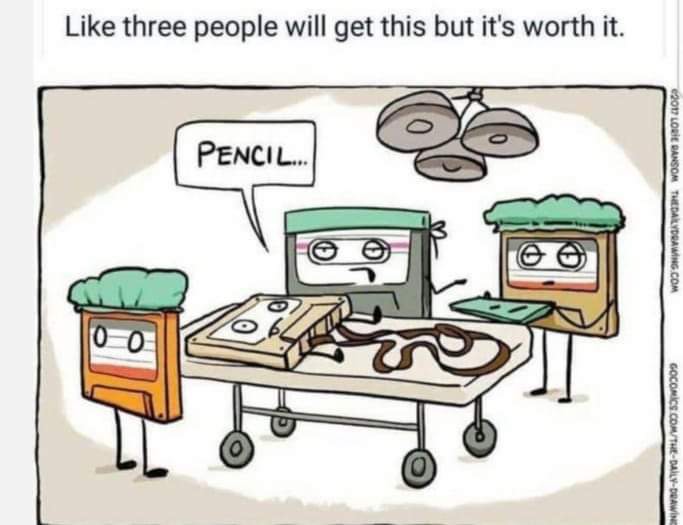 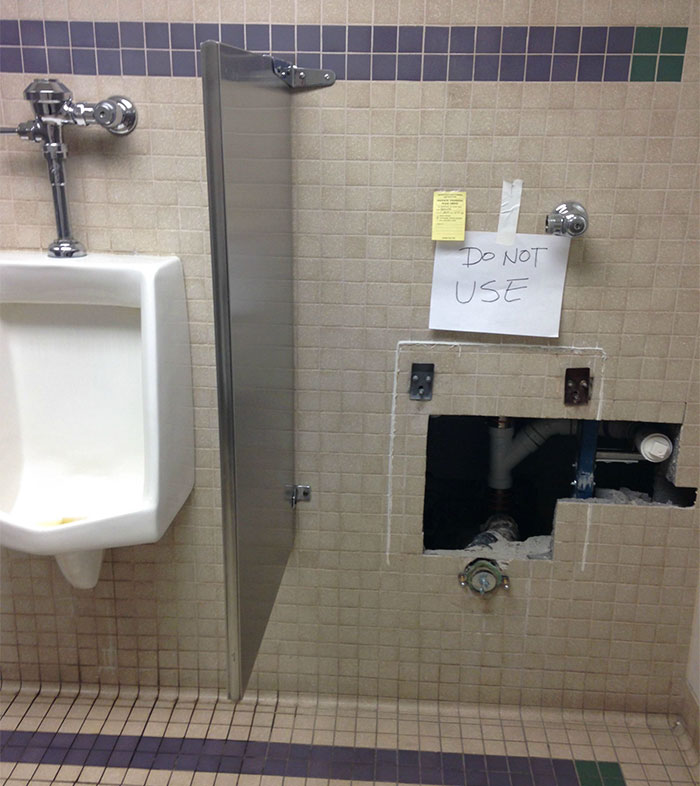 As you know, physicist Steven Weinberg died on Sunday. Here’s his advice for young scientists, from a 2003 issue of Nature. (h/t: Scott Aaronson)

Steven Weinberg, one of the most preeminent physicists in history, passed away.

Here's his four lessons, published in Nature back to 2003:

☑️ No one knows everything, and you don't have to
☑️ Aim for rough water
☑️ Forgive yourself for wasting time
☑️ learn history of science pic.twitter.com/2AHICdsnqq

From the Internet. Hizzoner realized that he screwed up. However, “whole wheat” is not much of an improvement over “toasted”.

Mayor de Blasio deleted a tweet in which he described his favorite bagel as "toasted" #bagelgate 🔥🥯 pic.twitter.com/QfbFMOxXRU

From Ken, who says, “Our 45th president, who plainly knows more about computer tech than anyone, is entranced by a new word he’s encountered: ‘routers.'”

This guy is either lying or severely impaired

Tweets from Matthew. How does this beetle walk upside down below the surface of the water? Well, nobody really knows, but people have theories. . .  Read the link.

Matthew wants me to ask the readers this question about next year. So answer and then see how people are voting:

This is quite frightening. Matthew says to be sure to watch to the end. For more on this story, go here. The landslide killed nine people and injured three.

(Translation of tweet: “Terrifying video footage of a landslide in Sangla, in the Kinnaur district of Himachal Pradesh, shows large chunks of rock breaking off a mountaintop and rolling down into the valley below.”

This slug oak sawfly grub (Caliroa sp.) is so translucent it gives us a full view of how it turns a leaf into poop. pic.twitter.com/l5zkISP4xv

. . . and this termite has really weird antennae: