Today’s photos are from Joelle Hauser of Switzerland, whose Antarctic photos have appeared here before. Today we have Antarctic mammals. (Joelle’s dad, Jacques Hausser, has also been a frequent contributor.) Joelle’s notes and IDs are indented, and you can enlarge her photos by clicking on them.

Here is a second batch of pictures from my trips to Antarctica for your readers’ wildlife pictures, this time with mammals, particularly seals.

The leopard seal (Hydrurga leptonix) has a very reptilian look. They are usually interested in penguins, their favorite food, but sometimes also bite into dinghies… 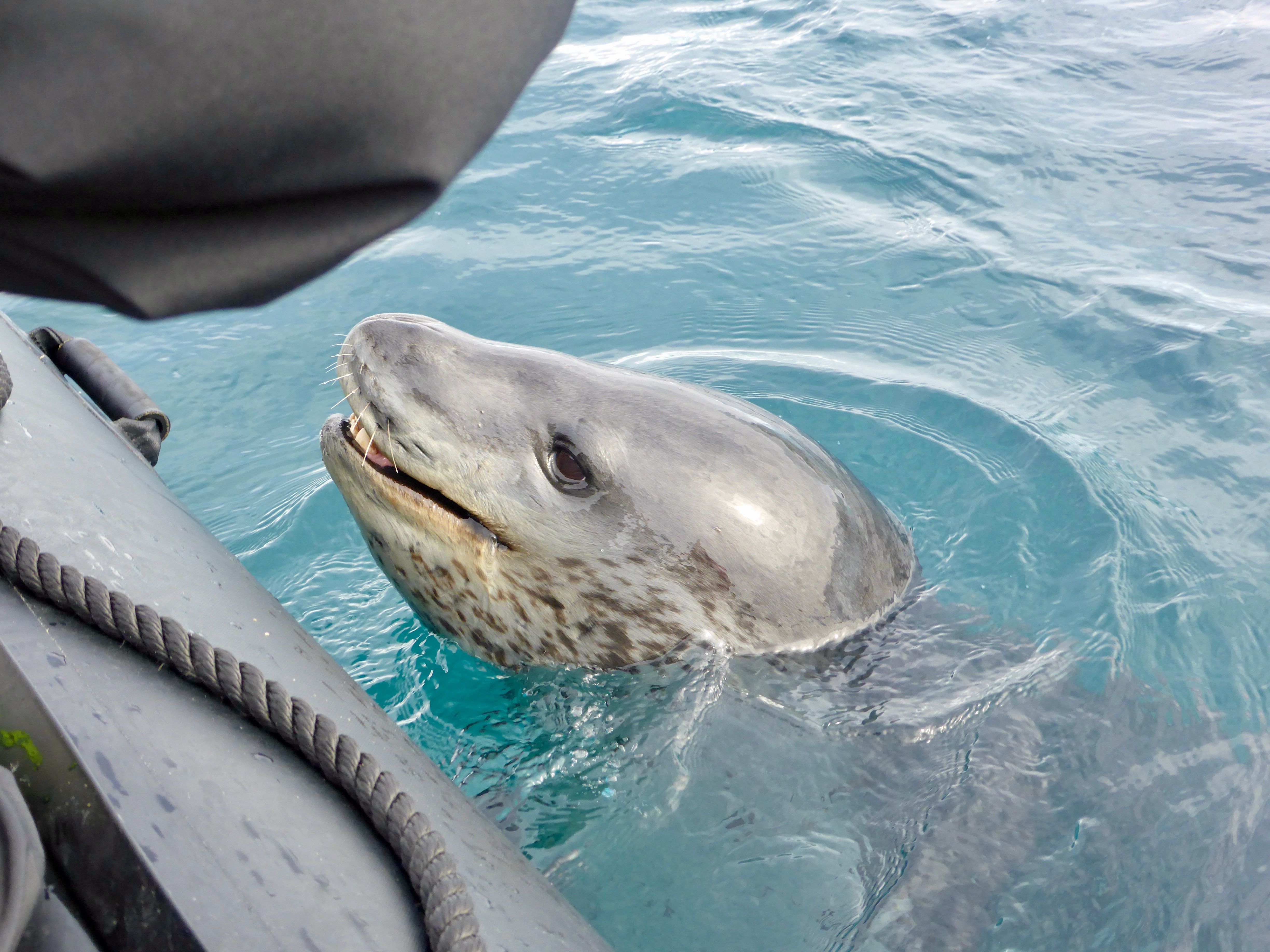 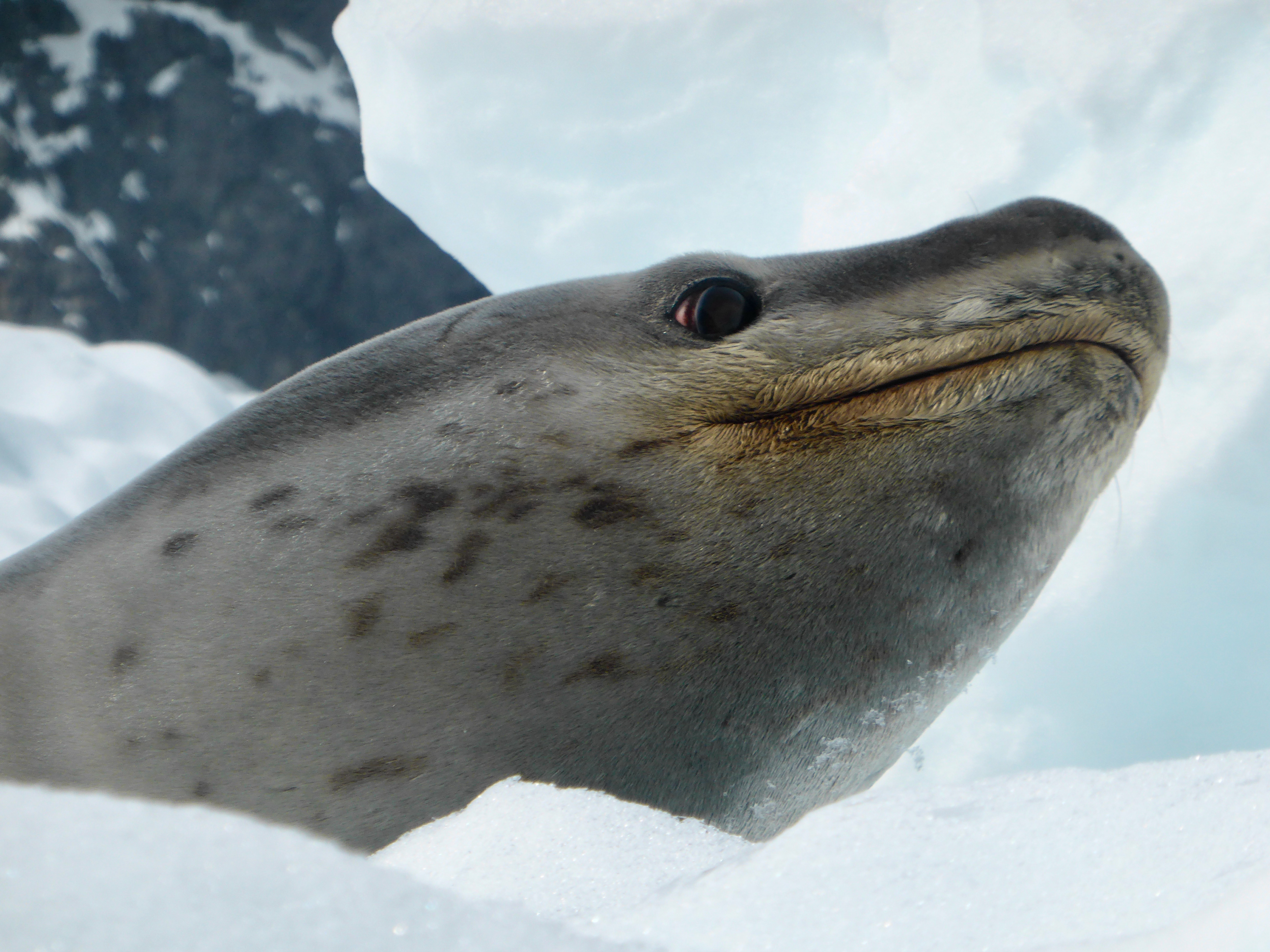 The Weddell seal (Leptonichotes weddelli) seems very sleepy on land (or on ice), but is very agile underwater. 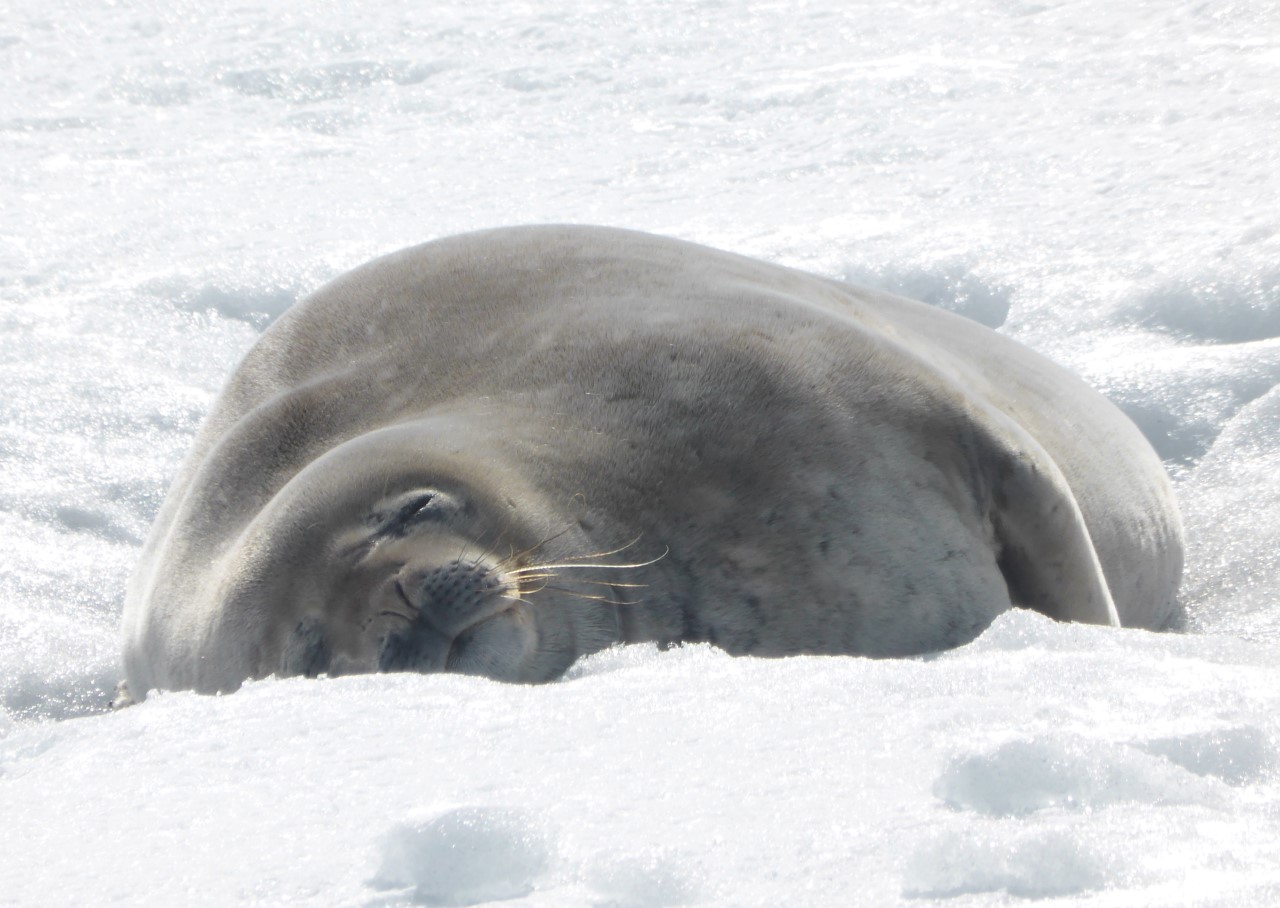 The Crabeater seals (Lobodon carcinophaga) are slimmer and often have scars resulting from fighting with leopard seals. We saw these first three species mostly near the continent. 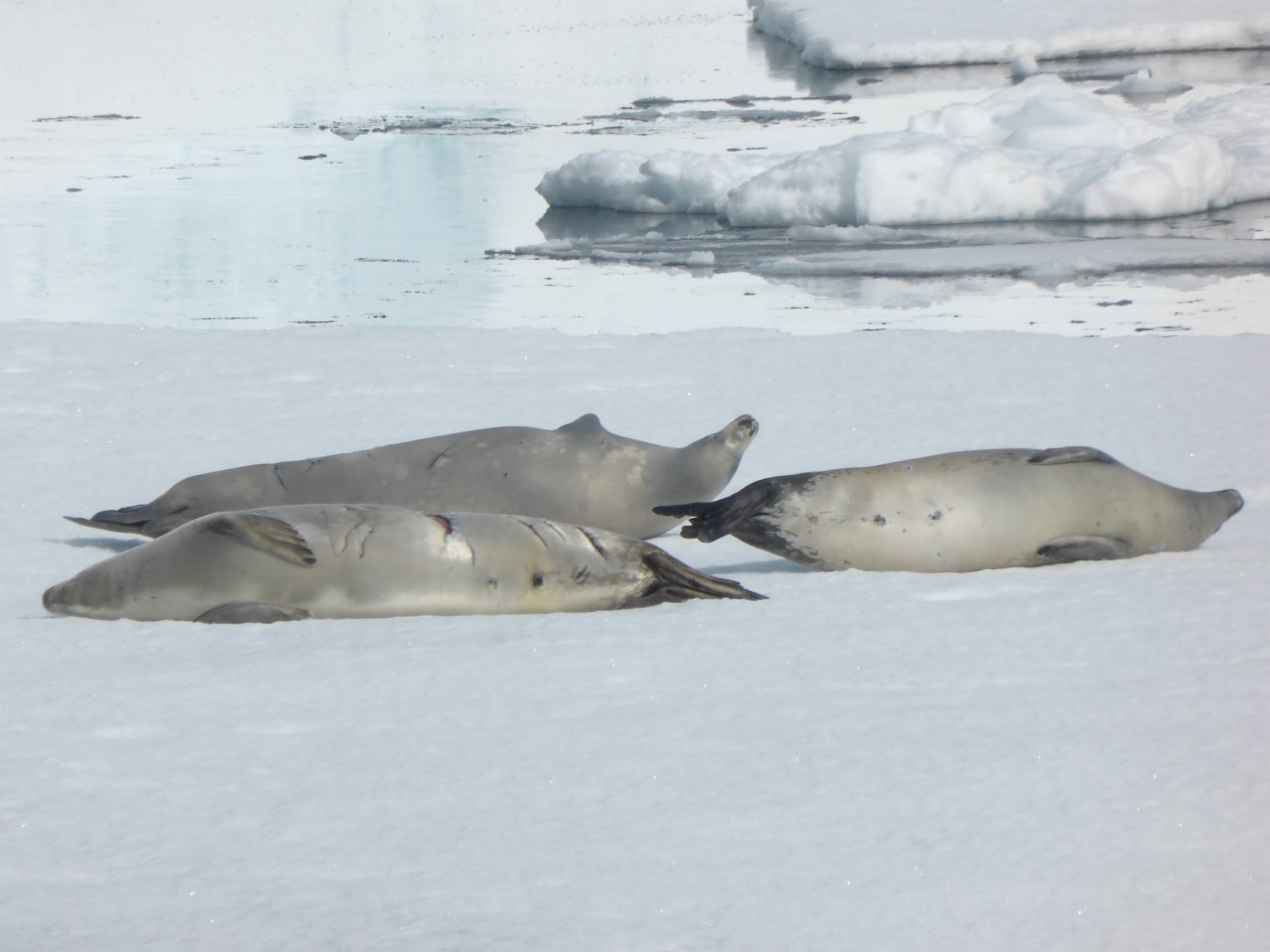 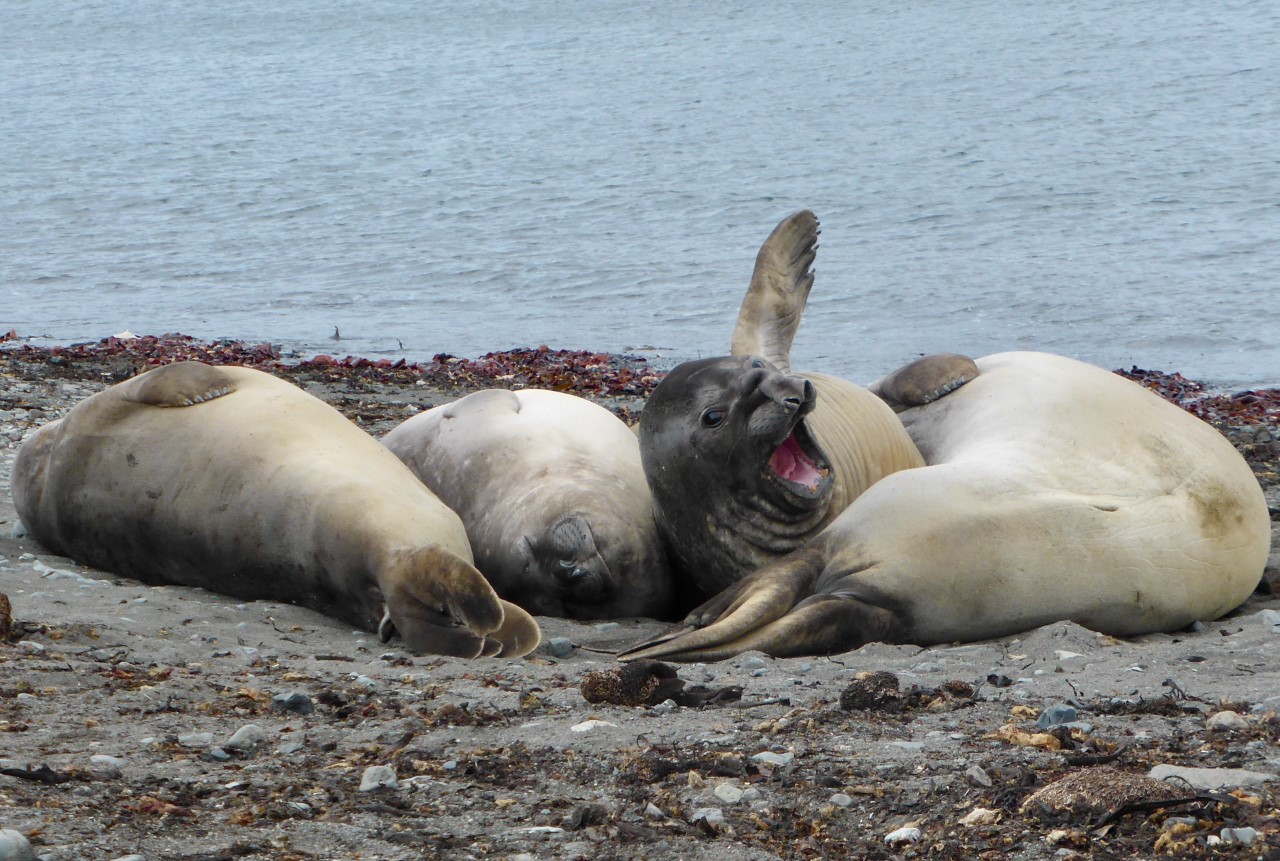 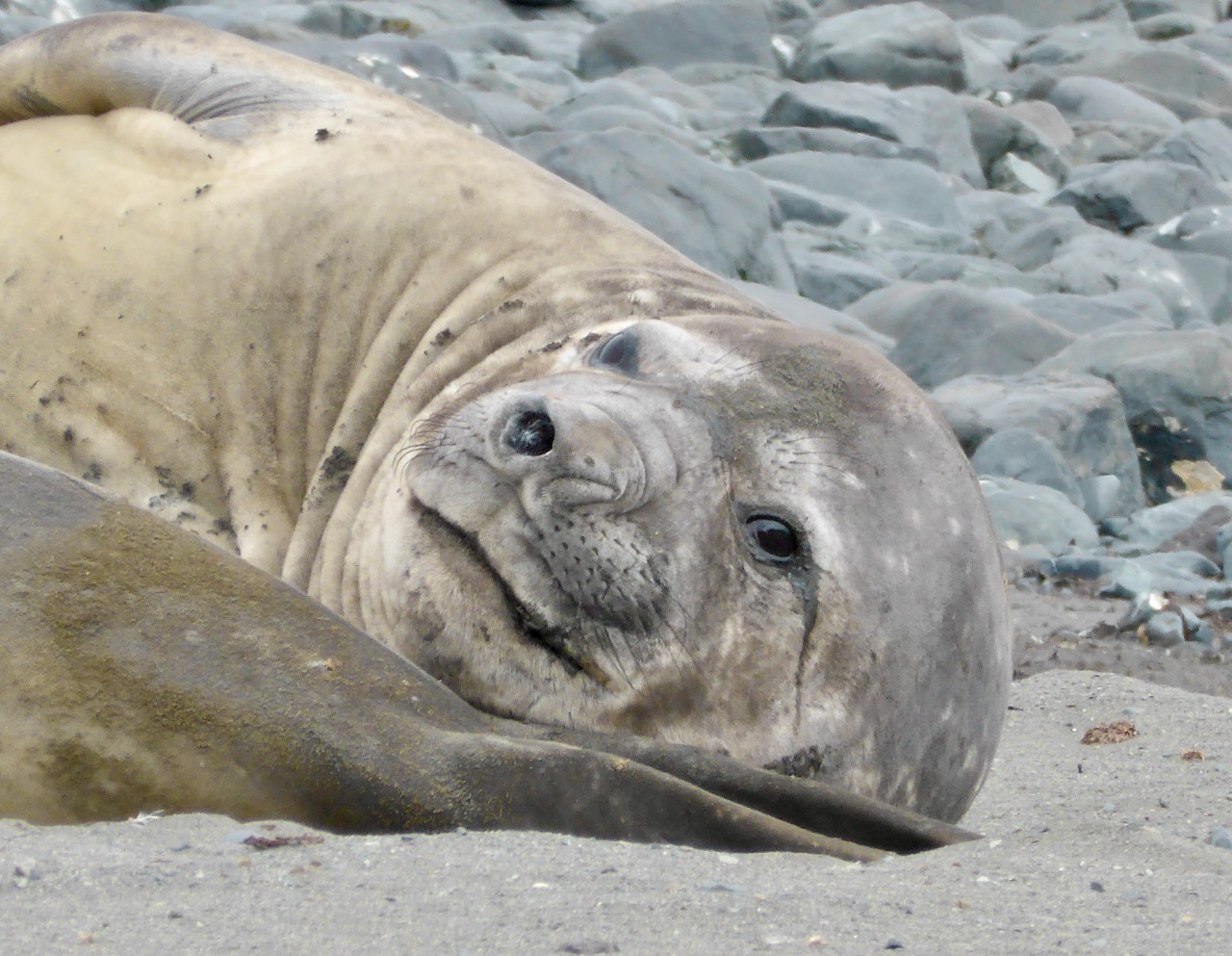 The Antarctic fur seals (Arctocephalus gazella) were taken mostly on Salisbury plain (South Georgia Island), one of the biggest colonies of the species, and on Deception Island, a volcanic caldera in the South Shetland islands, during my second trip with the Polar Pioneer. 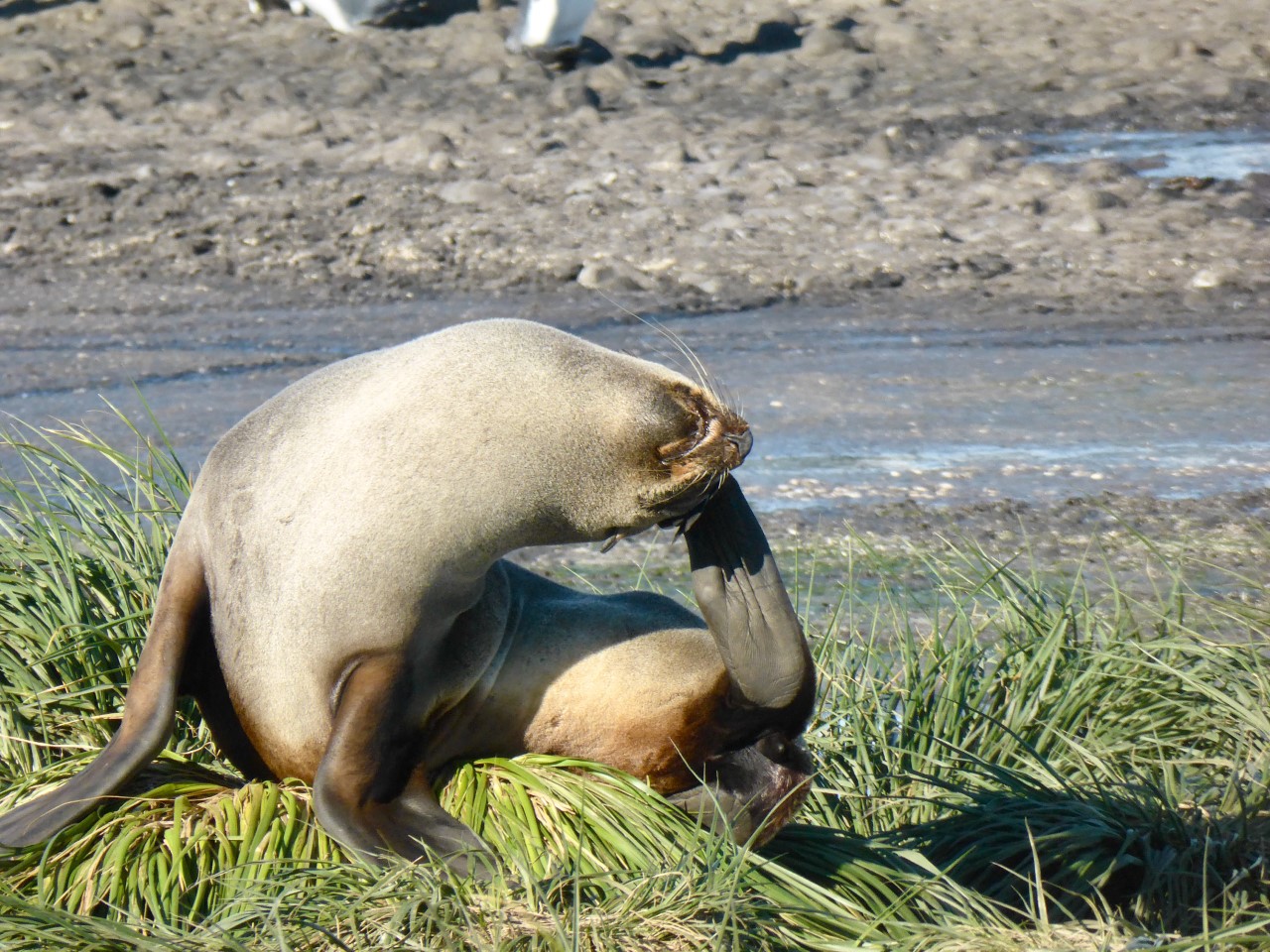 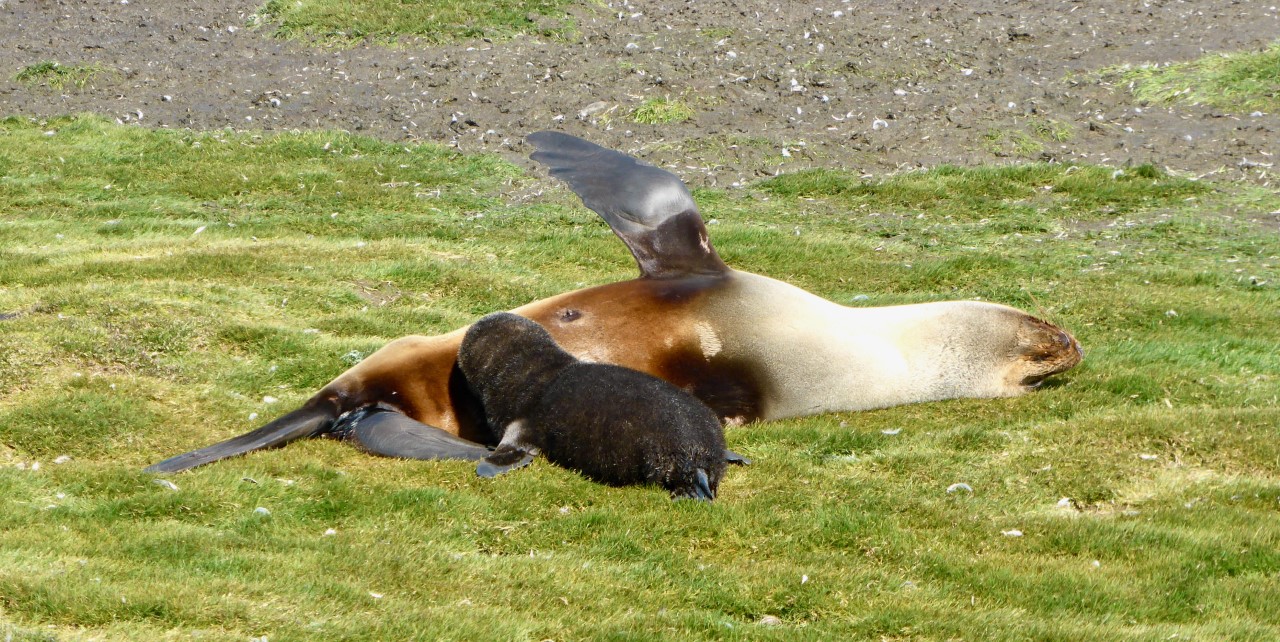 On South Georgia, 1% of the fur seal population are honey-blond morphs. [JAC: This is due to a recessive mutation.] 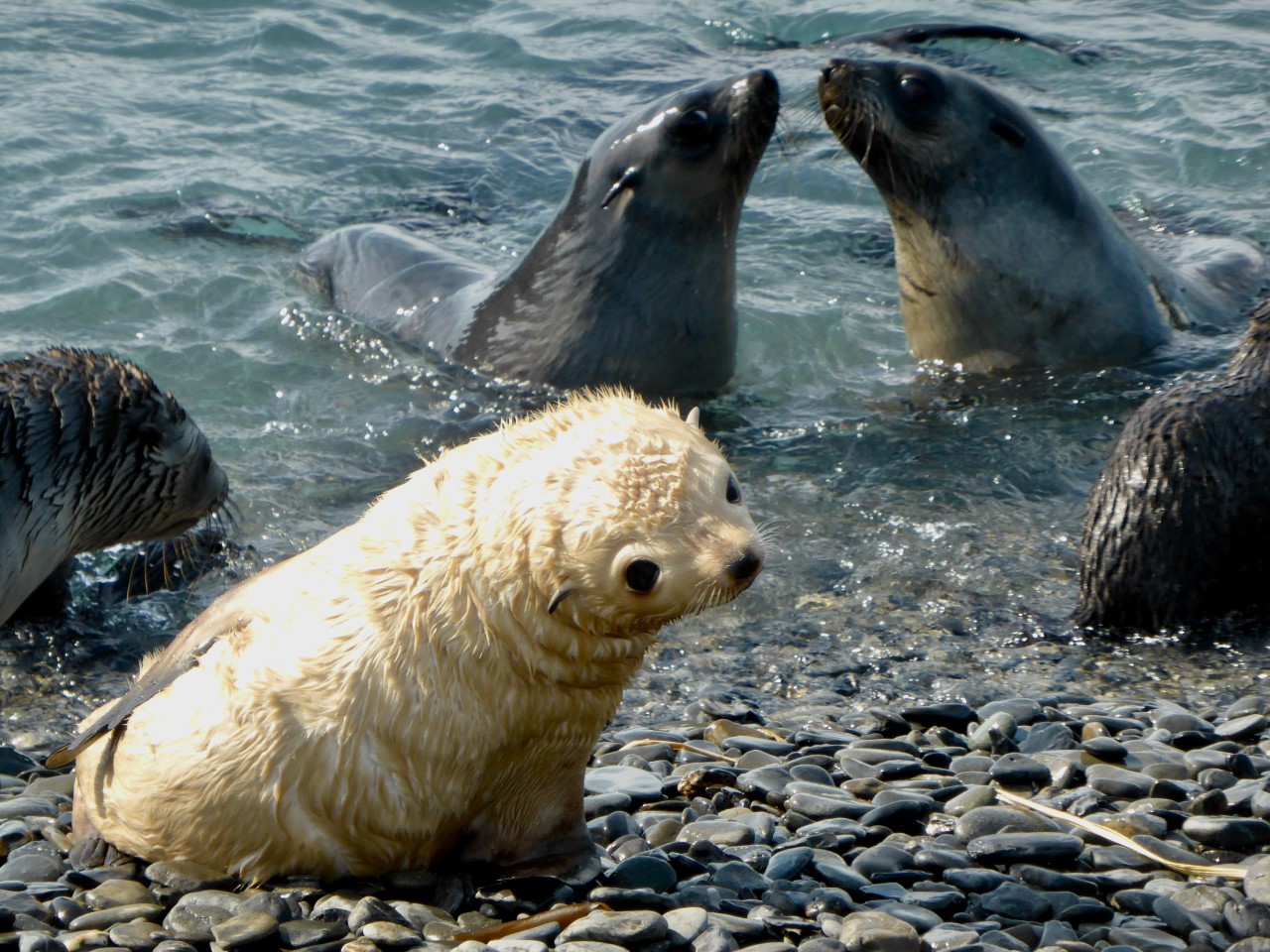 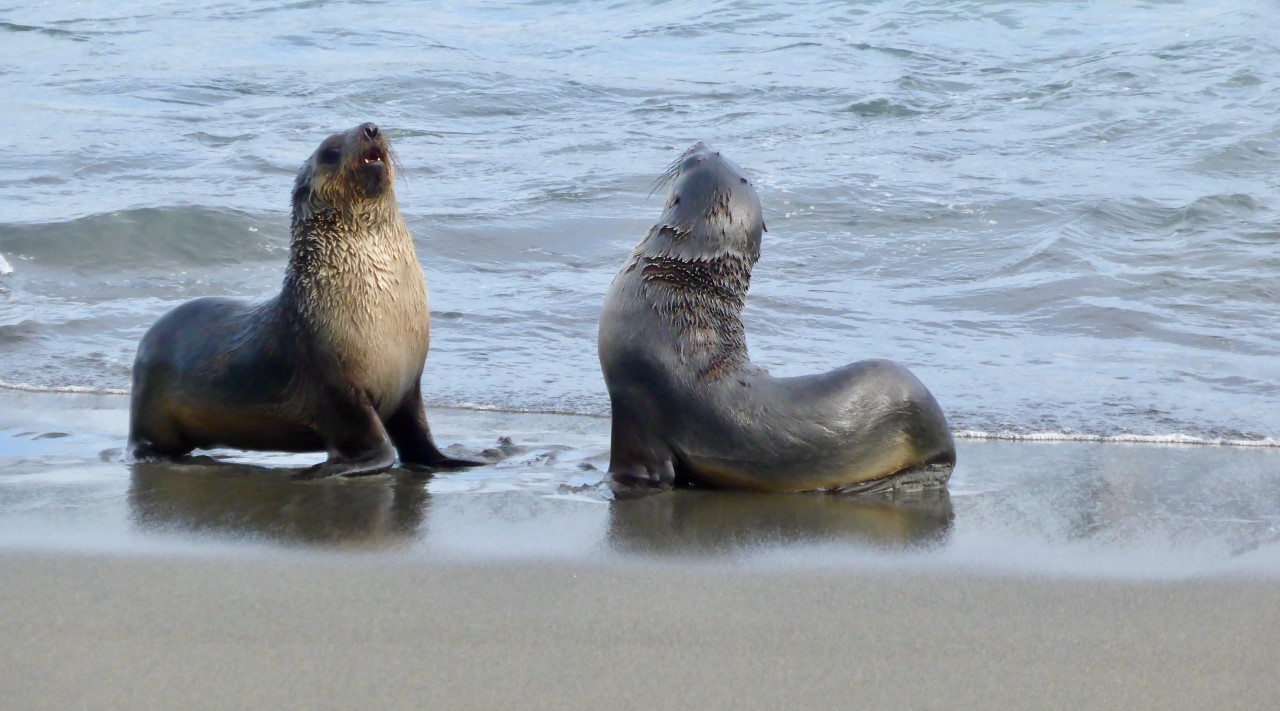