From Bored Panda we have a clowder of very spoiled cats. Click on screenshot to see all fifty; I’ve chosen just 9 of my favorites: 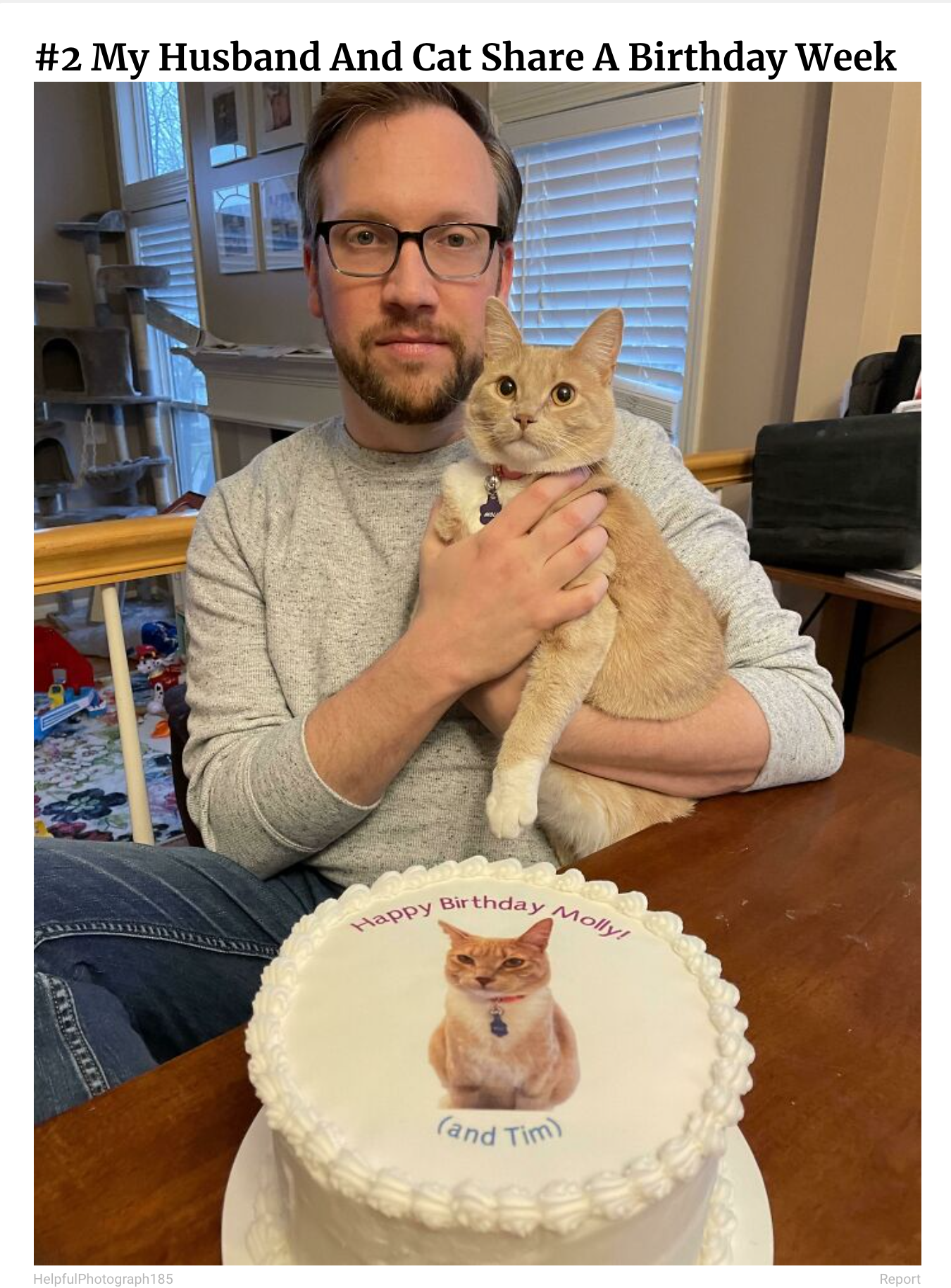 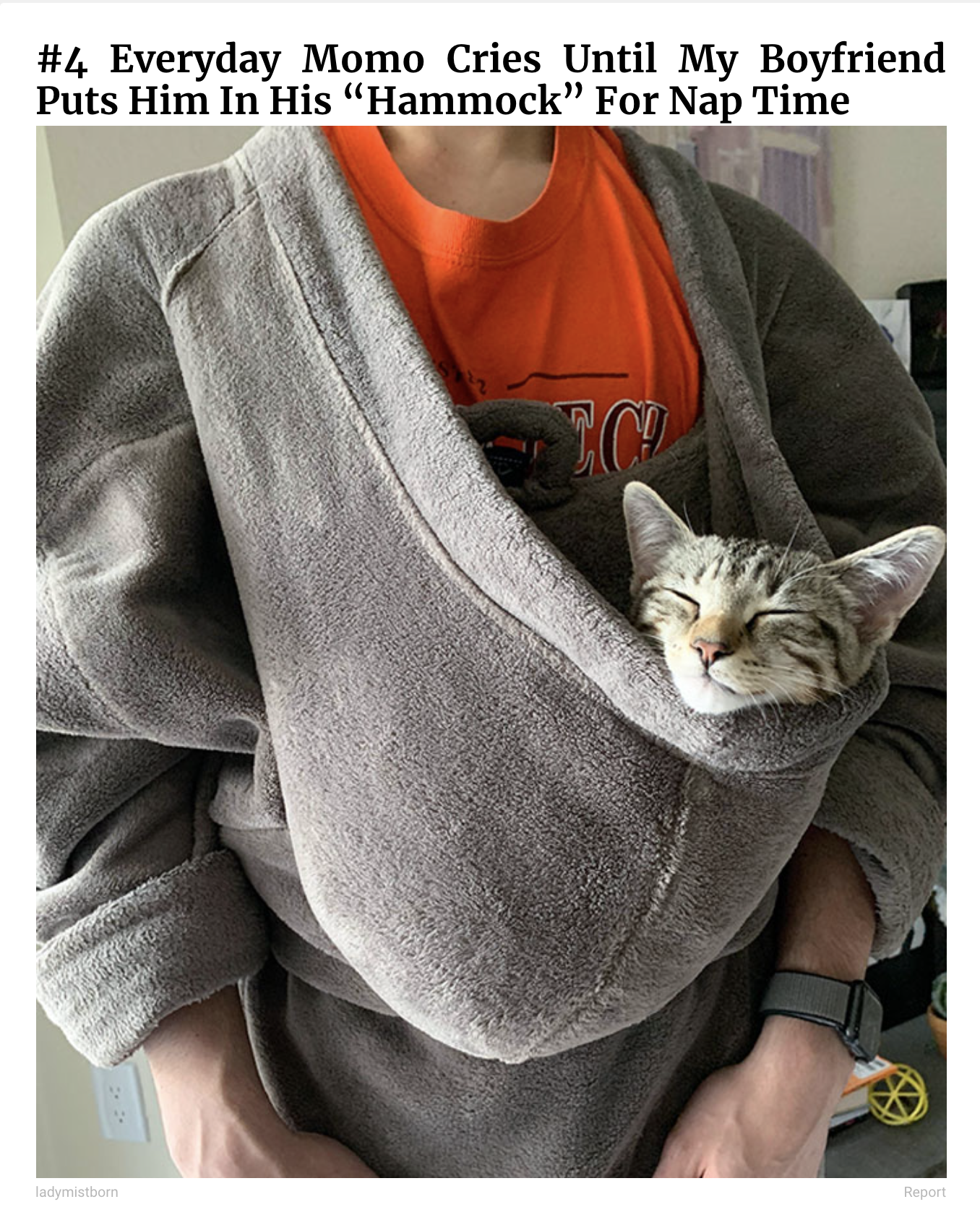 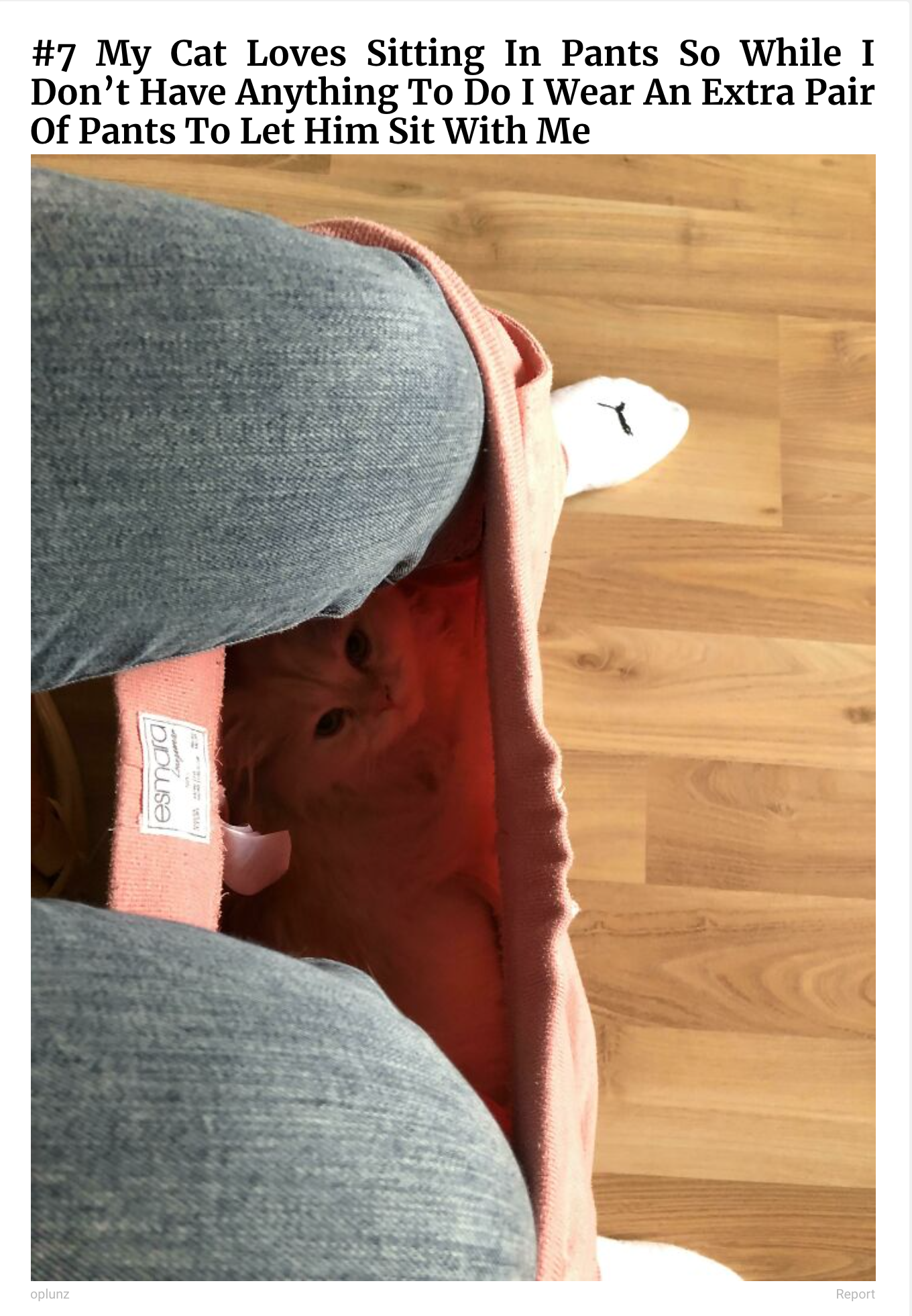 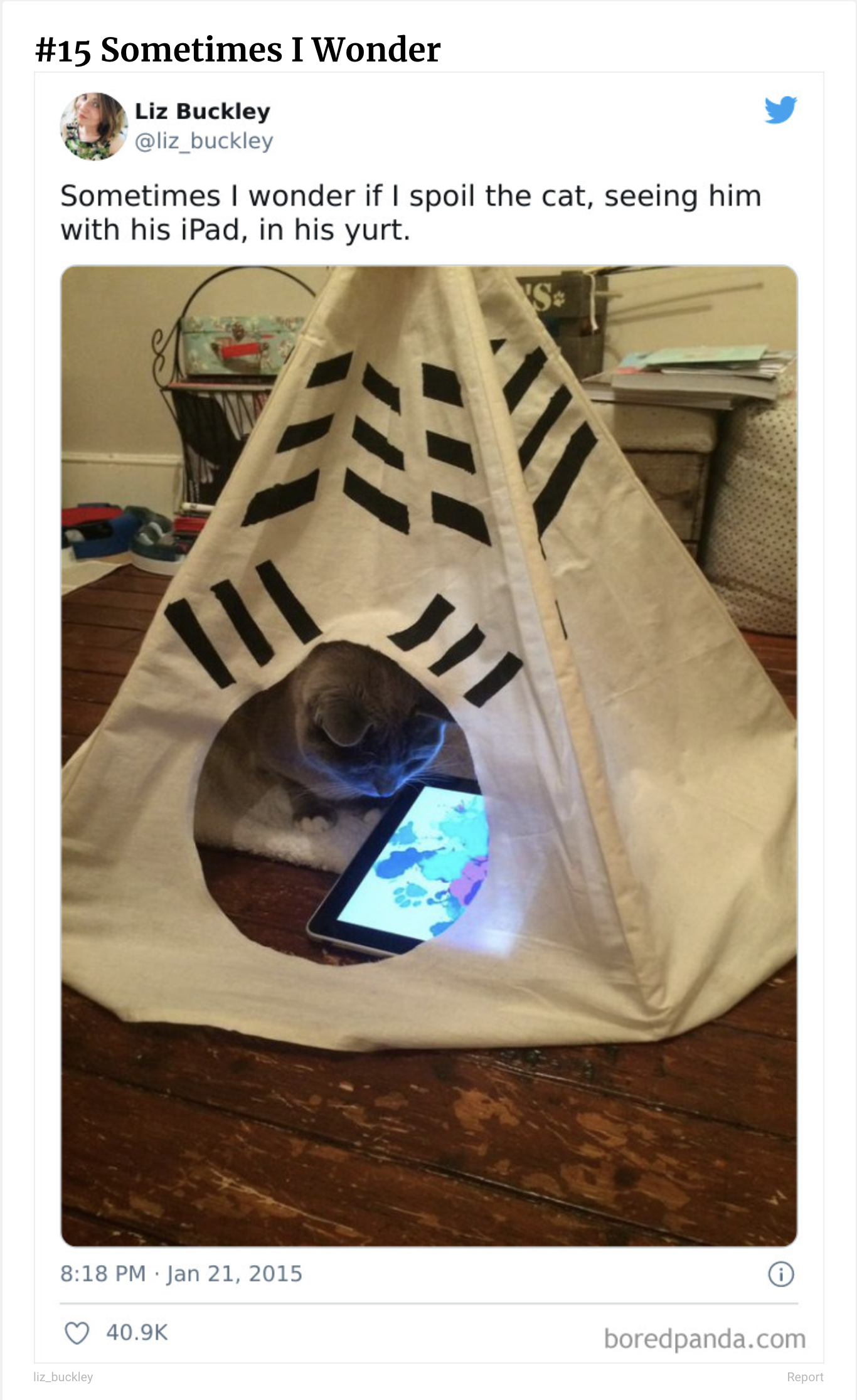 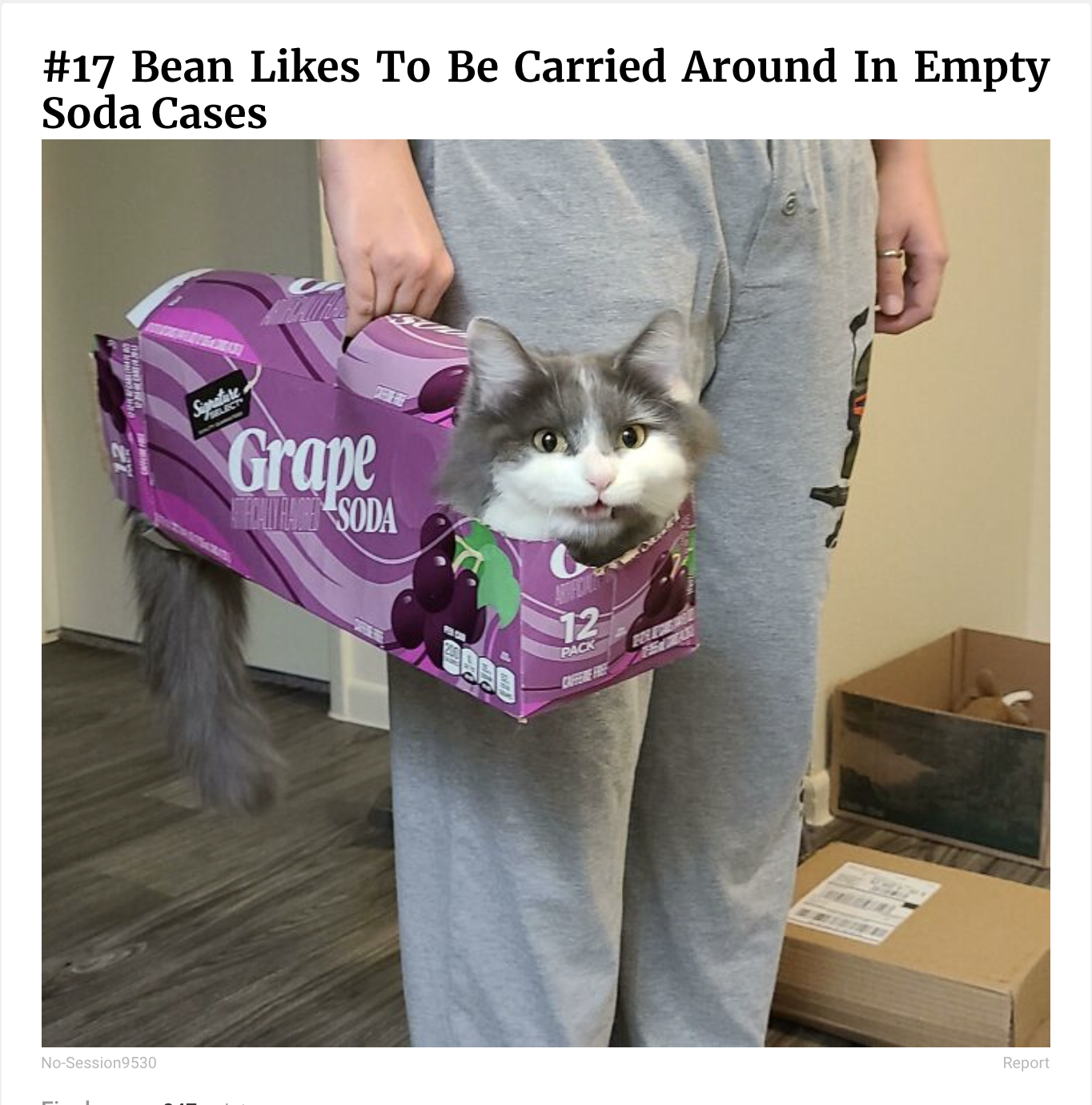 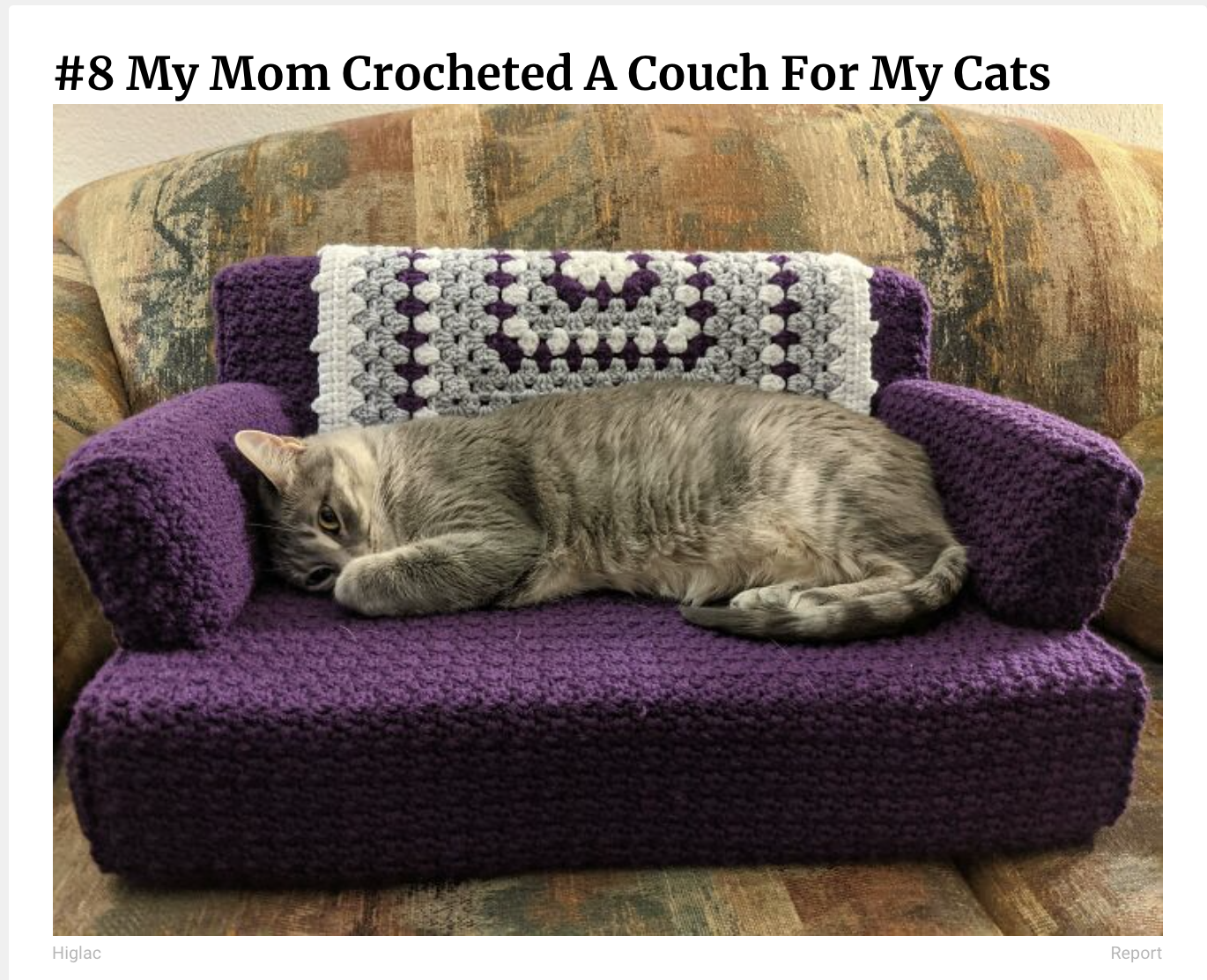 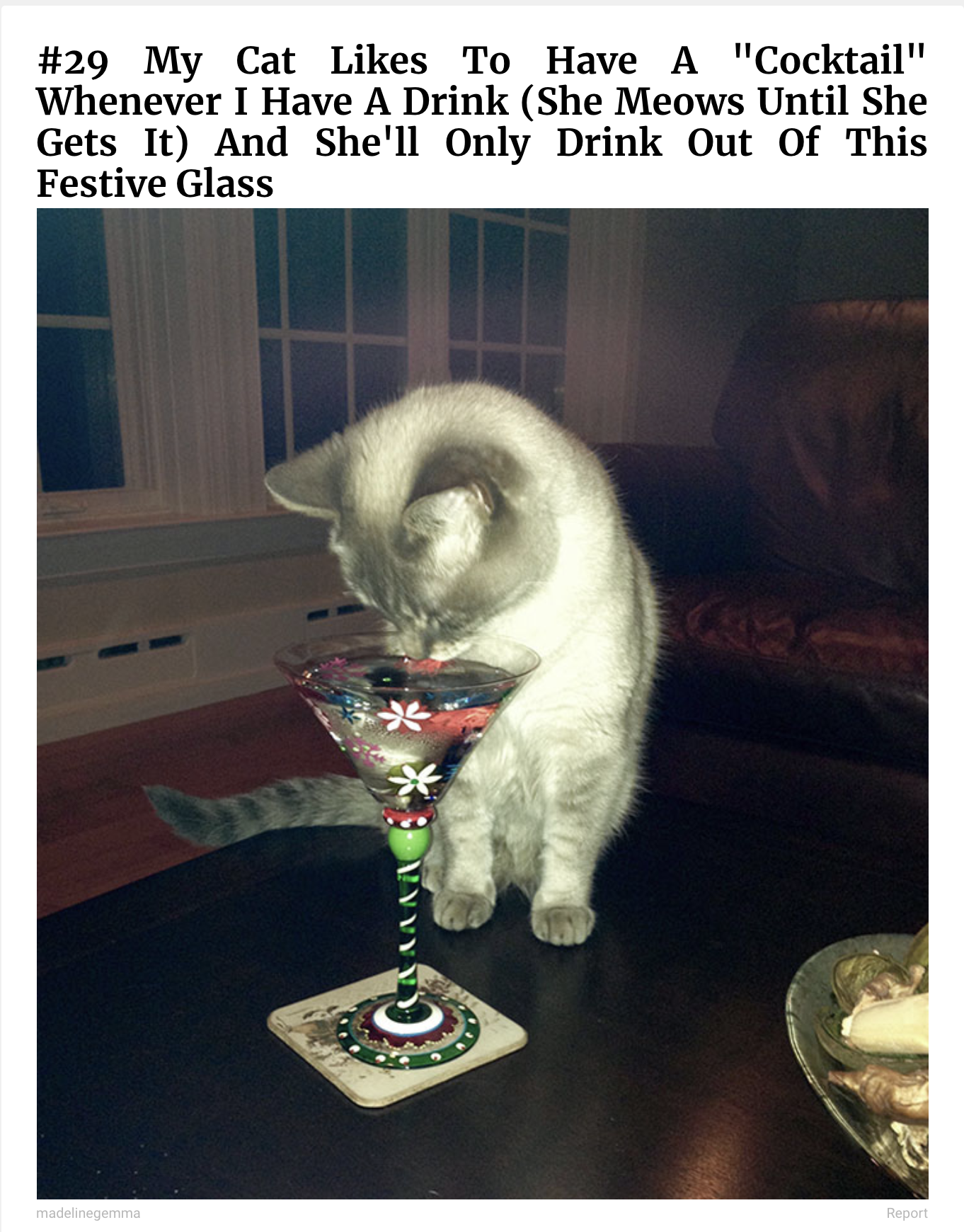 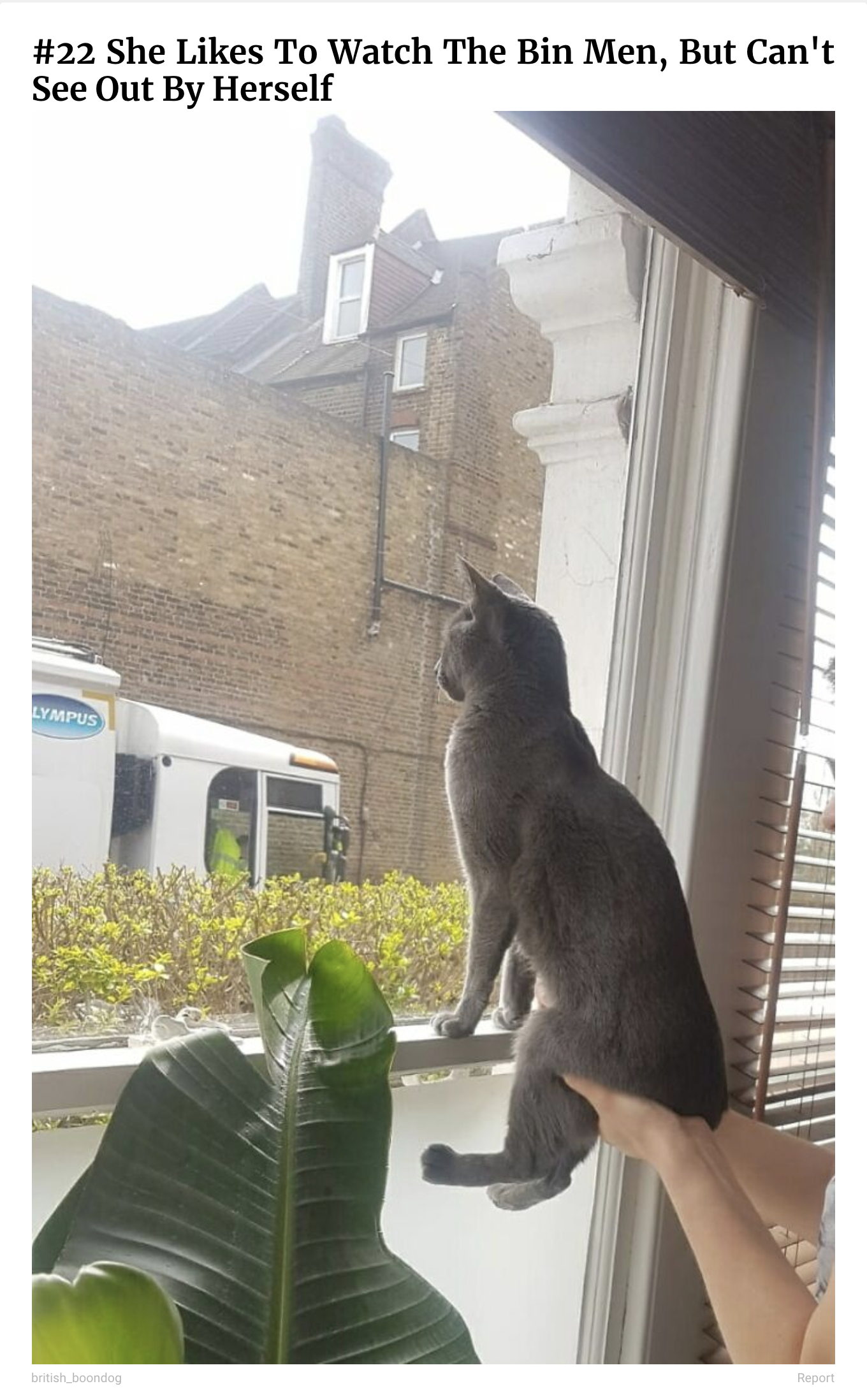 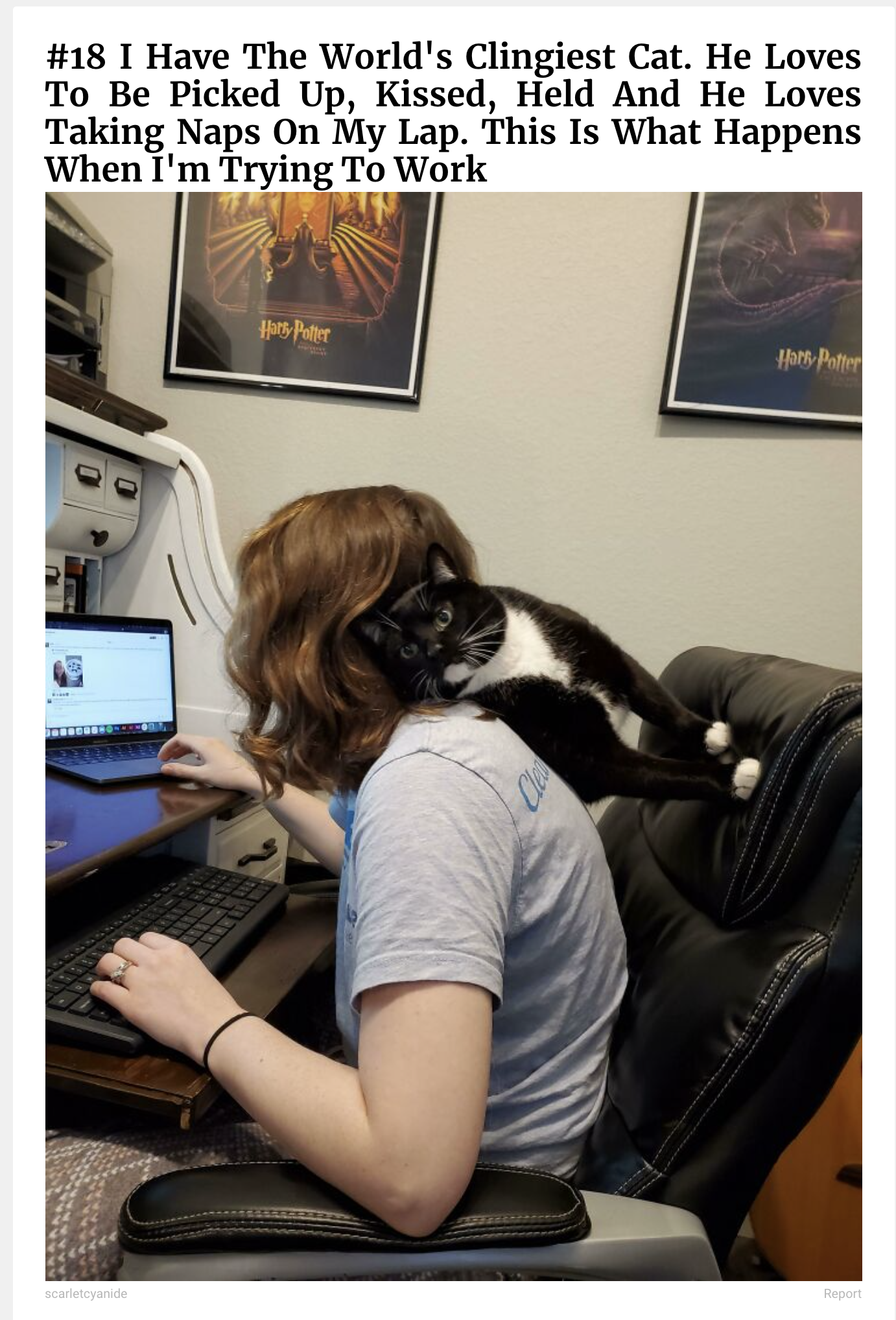 This is what Twitter is for: we have a whole thread of naval cats in hammocks. I’ll show a few, but go over and see more.

Kitten on HMAS Kanimbla at some point during WWII. pic.twitter.com/Xt36krkK1g

Here’s a short article on ScienceAlert whose title tells the tale: 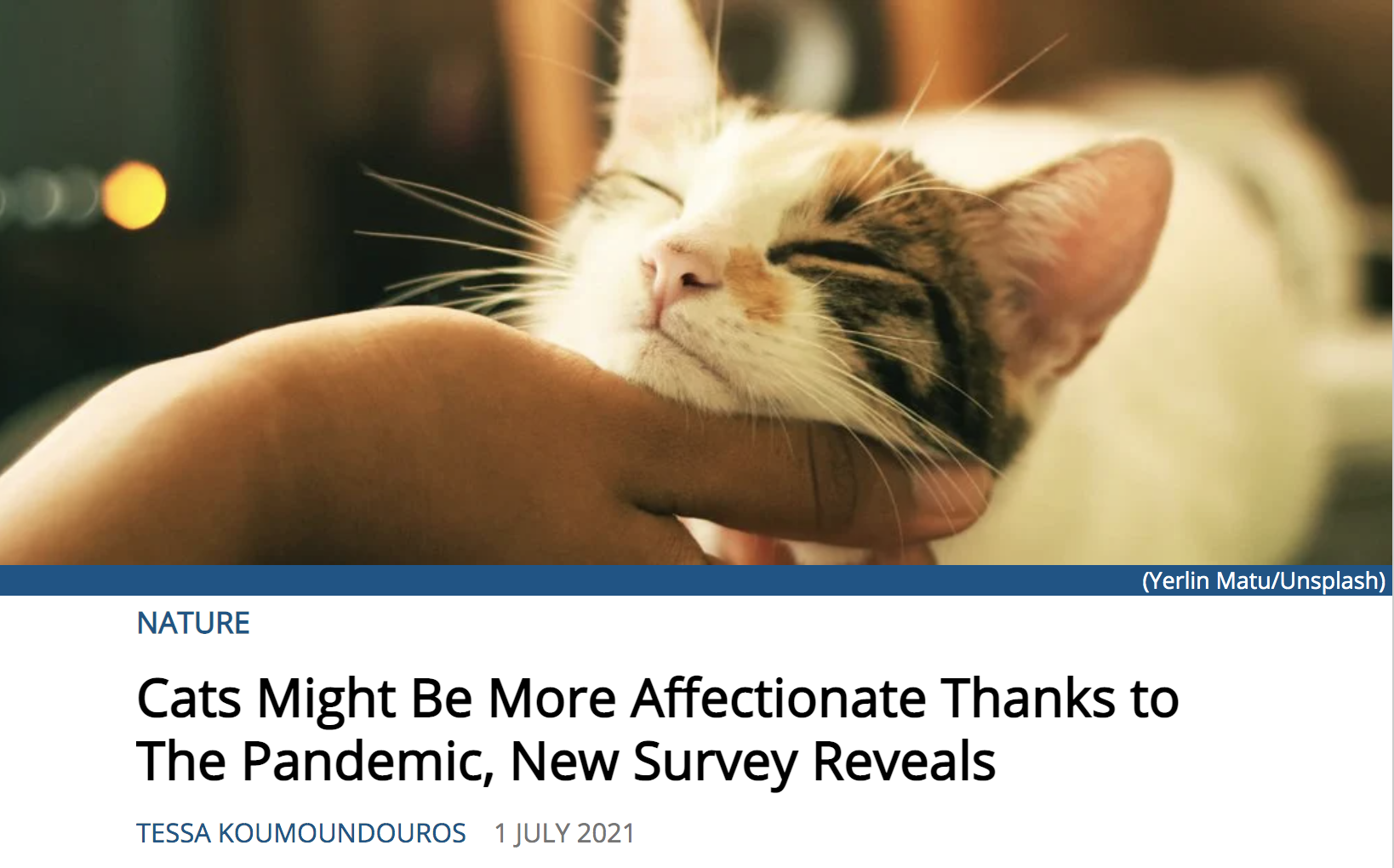 It’s no surprise that owners in lockdown paid more attention to their pets. Surprisingly, though, this made dogs more needy in an obnoxious way but cats got friendlier (this is, of course, my interpretation, but it comes from SCIENCE). An excerpt:

A team led by researchers from the Universities of York and Lincoln in the UK surveyed 5,323 people with companion animals, including horses, reptiles, birds and fish, along with the usual suspects – cats and dogs – to see what effect the massive changes in human routines have had on them.

Over 65 percent of the participants reported changes in their companion animals’ behavior during their first lockdown in 2020. Participants answered several sets of questions about their animals, their own mental health, and their relationships. They were also invited to leave further comments.

Overall, many owners reported improvements in their companion animals, but out of all the species, dogs displayed the most negative changes.

“My dog has become a lot more needy and howls if I leave the house without him, even if it’s just to do some gardening and he can see me,” explained another pet owner. “Going back to work will be very hard on him.”

. . . .The team suspects perception of increased affection seen in 35.9 percent of cats is possibly due to changes in owner behavior, with the humans seeking increased company and close physical contact. This may have encouraged cats to seek more treats and other resources from their owners, they suggest.

You can read the original research paper for free in The International Journal of Environmental Research and Public Health. Here’s a snippet of the abstract:

Results: Animal owners made up 89.8% of the sample (n = 5323), of whom 67.3% reported changes in their animal’s welfare and behaviour during the first lockdown phase (n = 3583). These reported changes were reduced to a positive (0–7) and negative (0–5) welfare scale, following principal component analysis (PCA) of 17 items. Participants reported more positive changes for cats, whereas more negative changes were reported for dogs.

Lagniappe: A cat named Binx survived the collapse of the condo in Surfside, Florida, was found safe two weeks after the disaster, and has been reunited with his owners. A tweet:

After 16 long and incredibly difficult days, I’m able to share a small piece of good news — Binx from Champlain Towers South has been found.

Thank you from the bottom of my heart and on behalf of our community to the team who played a role in reuniting him with his family. pic.twitter.com/yzDxW6plHG

More Lagniappe: Cat likes being pushed along a slick floor: