Greetings on cat Sabbath: July 10, 2021: National Piña Colada Day. I am still recovering from my dunk in Botany Pond yesterday, and have to apply antibiotic cream to my scalp laceration twice a day. But it was all worth it: I’d do anything for my ducks!

It’s also Pick Blueberries Day, National Kitten Day (!!), Don’t Step on a Bee Day, Nikola Tesla Day, Statehood Day in Wyoming (see below), and Teddy Bear Picnic Day. Teddy Bears’ Picnic was my favorite song when I was small, and here’s Rosemary Clooney’s version that I loved and listened to repeatedly (I still remember the words). It was written in 1907 and the lyrics were addd 25 years later. 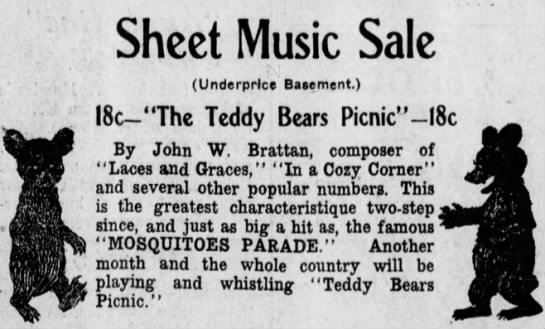 Prizer’s claim that their COVID-19 vaccination might need a booster since immunity to the virus begins wearing off after 6 months may be premature. Both the CDC and FDA says that conclusion is premature: Americans do not, they said in a joint statement, need a booster at this time, even if (like me) you were vaccinated 6 months ago.  Sit tight till the data come in.

Fully a third of Americans, however, have declared that they won’t take the vaccination, most because they have false beliefs about it. What a world!

This is great news: China has declared that the wild population of giant pandas (Ailuropoda melanoleucans) has become so large—1800 individuals—that the species can be upgraded from “endangered” to “vulnerable”. Five years ago the International Union for Conservation of Nature already made that upgrade, but the Chinese took issue at the time. Now China is on board, and may thousands of giant pandas bloom!

The Race of the Billionaire Space Moguls has become petty, with Richard Branson’s Virgin Galactic craft set to take off on Sunday, heading up to 56 miles high, just above the boundary that American recognizes as “space”. Jeff Bezos, however, argues that his “Blue Origin” spacecraft, which flies nine days after Branson’s is more “official,” since its 62 mile altitude (100 km) crosses the the Kármán line, “the boundary of space recognized by the Fédération Aéronautique Internationale (FAI), a Swiss organization that sets global rules for air sports.” Bezos and Branson have even dueled on Twitter about it: how ridiculous can you get? It goes to show that even if you have a billion dollars, you still need to lord it over someone else.

Reader Barry sent a great example of pareidolia from the BBC:

Neptune seems to have made an appearance on the East Sussex coast during a storm.

The sighting of the “face” of the Roman god of water was captured by BBC photographer Jeff Overs in Newhaven on Tuesday.

He took the picture as waves crashed over the harbour wall during the storm.

Stop what you’re doing right now and read this great NYT article, complete with videos, about the wonders of cuttlefish, my favorite mollusc. Read about how they passed the marshmallow test, and how they’ll squirt you if you’re too slow giving them food. Click on the screenshot and see the wonders of this creature; the piece is written by Veronique Greenwood.

Stuff that happened on July 10 includes:

Fillmore, our least known President and the last member of the Whig Party to occupy the White House. 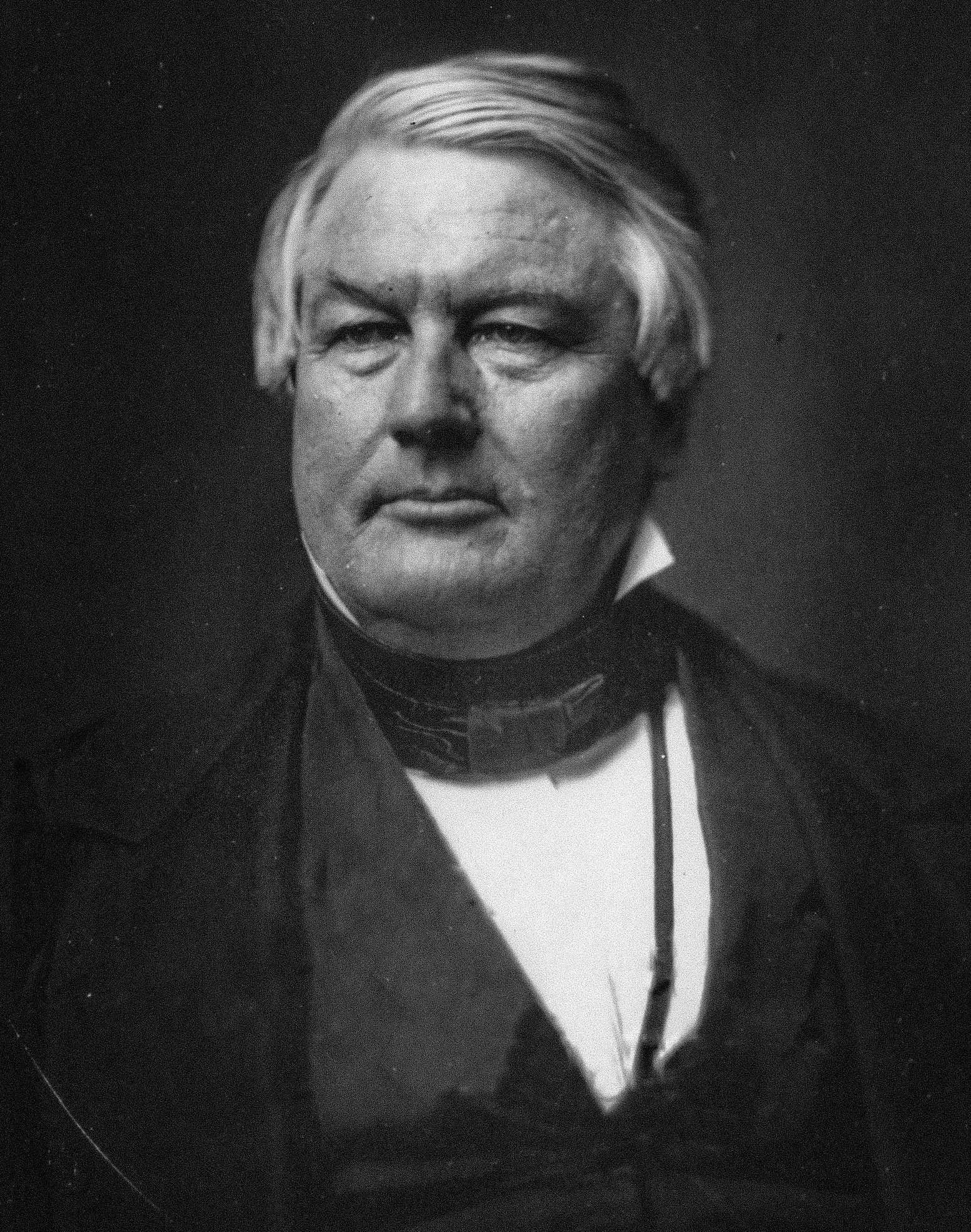 Here’s a brief video of “The Flying Finn” at the 1924 Olympics. Winning those two races with only an hour’s rest is a fantastic feat!

What they mean is that there was only an hour between these two races!

The Monkey Trial! Two photos below, one of Scopes in 1925 (center) with one with two of the opposing lawyers, Clarence Darrow (left) and William Jennings Bryan (right) 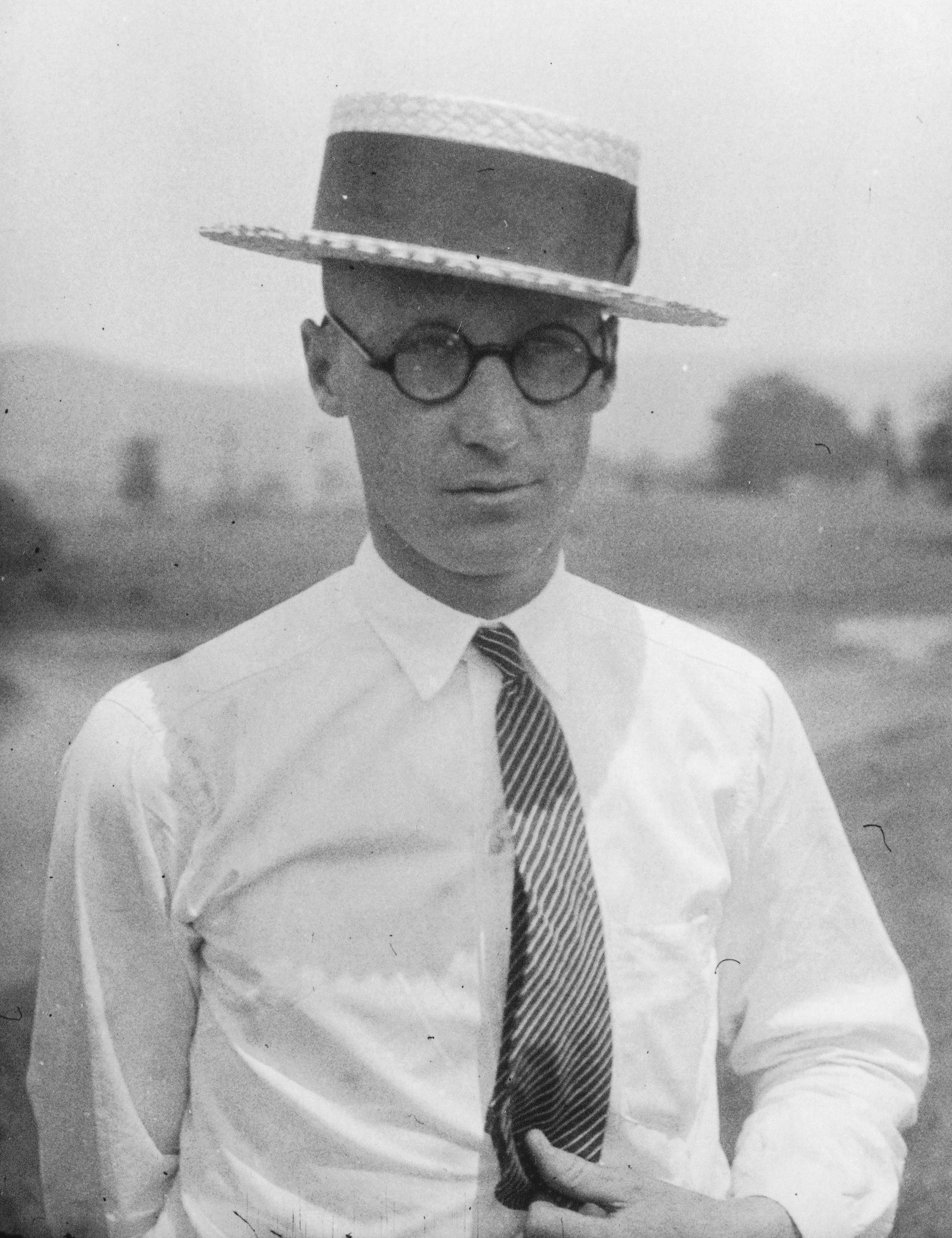 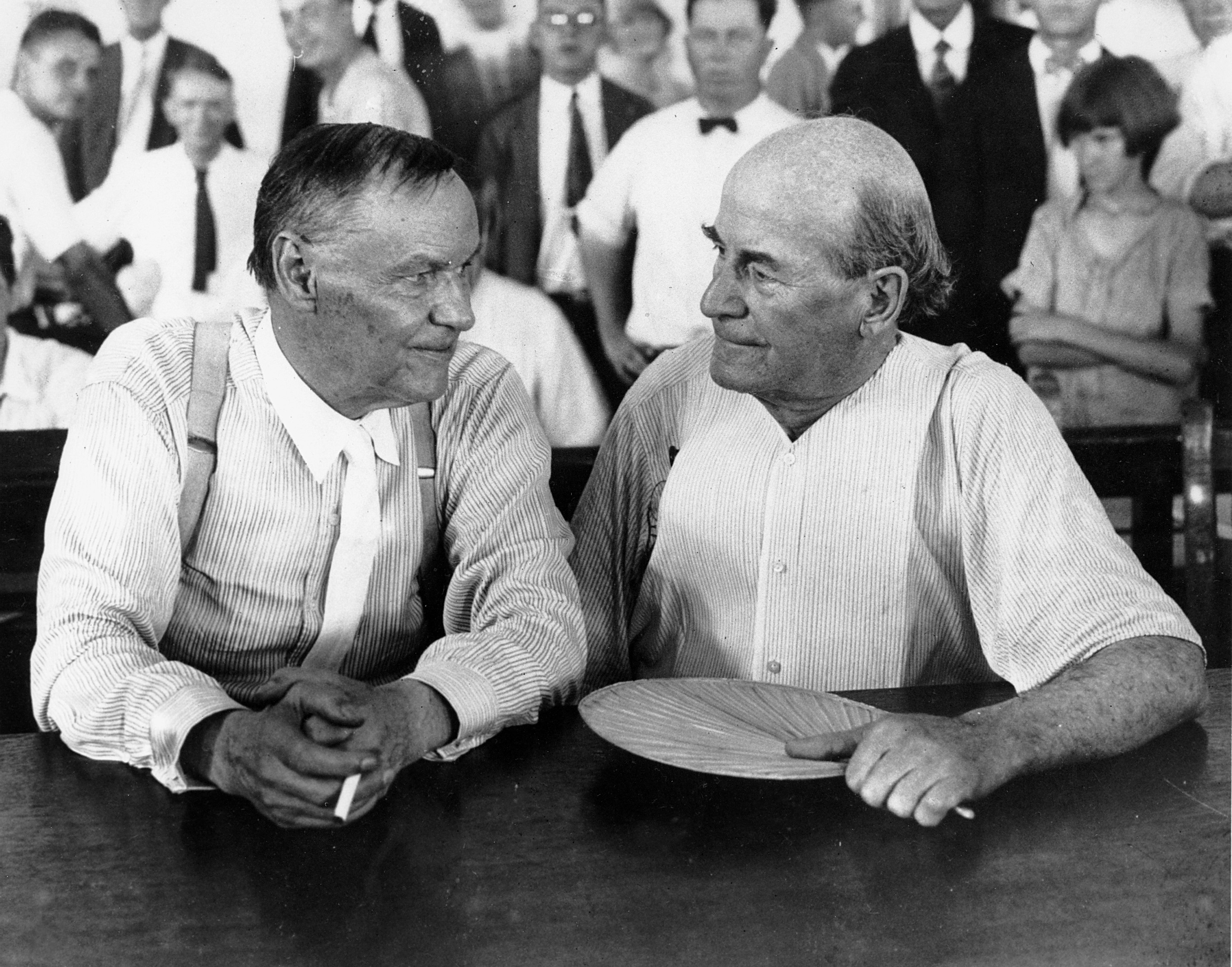 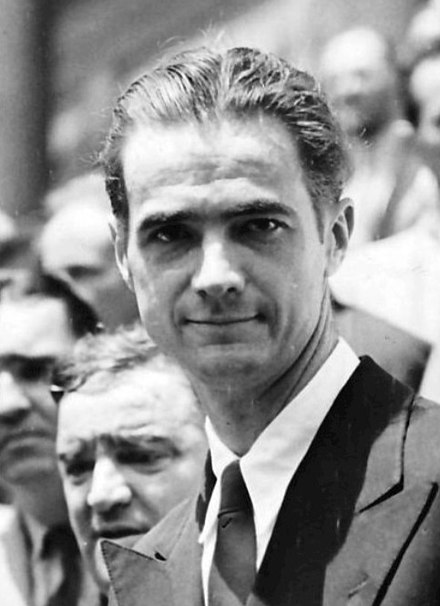 Here’s the “Akutan Zero” being loaded onto a barge. It was reconstructed and flown by American pilots, which helped the U.S. figure out ways to defeat this deadly plane during WWII. 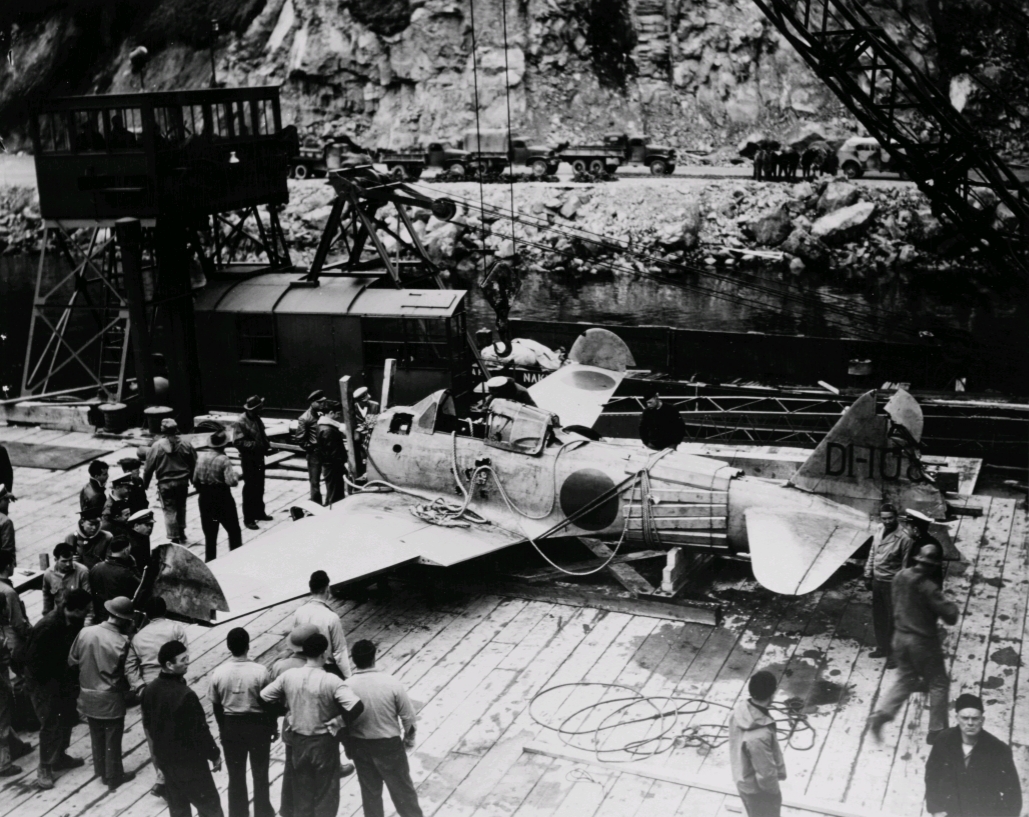 Remember the eponymous song by the Tornados? It also came out in 1962.

This was a mission of the French government, sad to say. The ship, as is meet, is now an artificial reef for diving. Here’s the wreck: 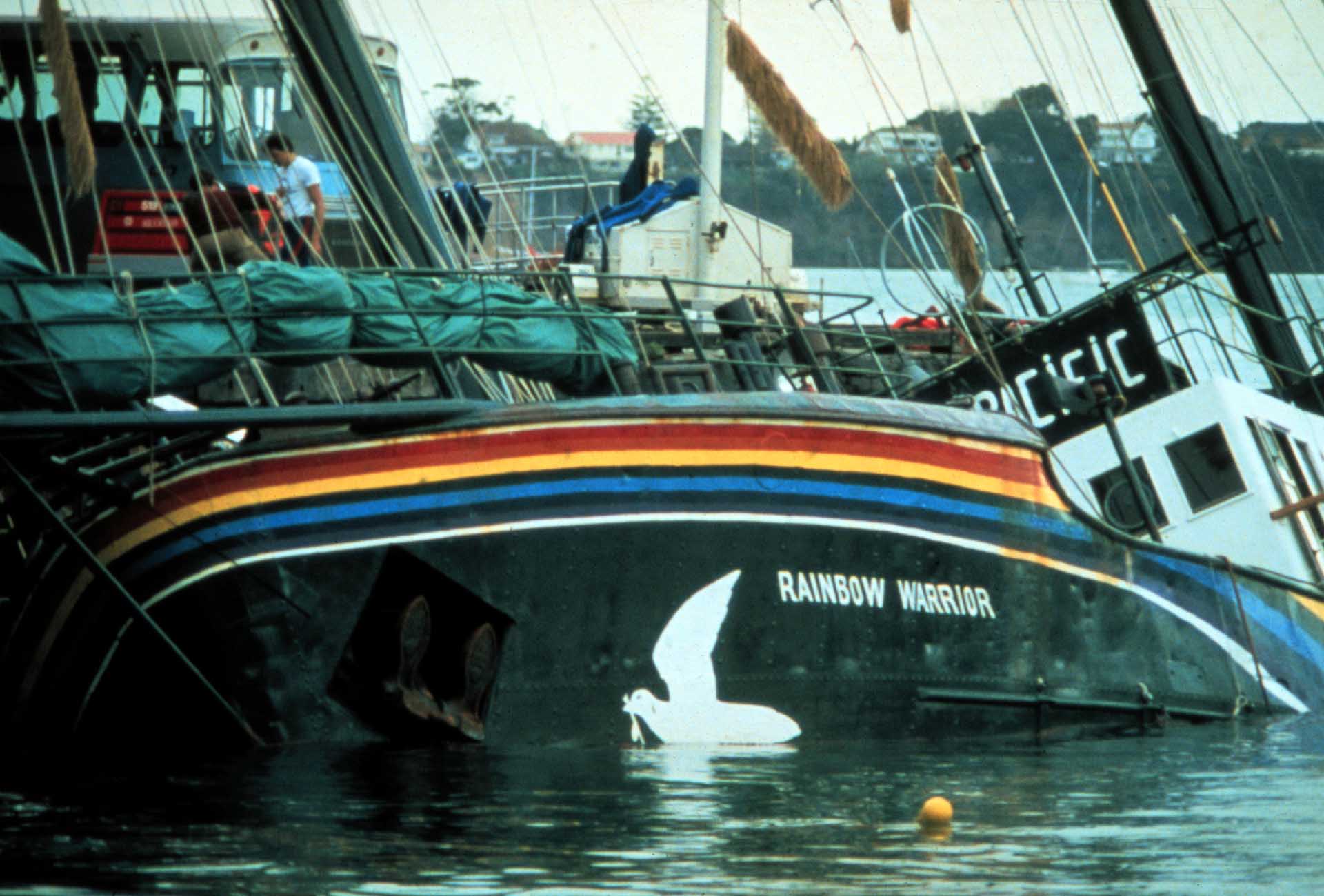 The U.S. won 5-4 after no points were scored in regular time; here’s a video of the highlights. Remember when Brandi Chastain pulled off her shirt? Watch on Youtube by clicking the words below.

Here’s the very last Beetle, a car beloved of hitchhikers in my college years (a VW Van was even better), as owners of these cars tended to be young folks who would give you a ride. 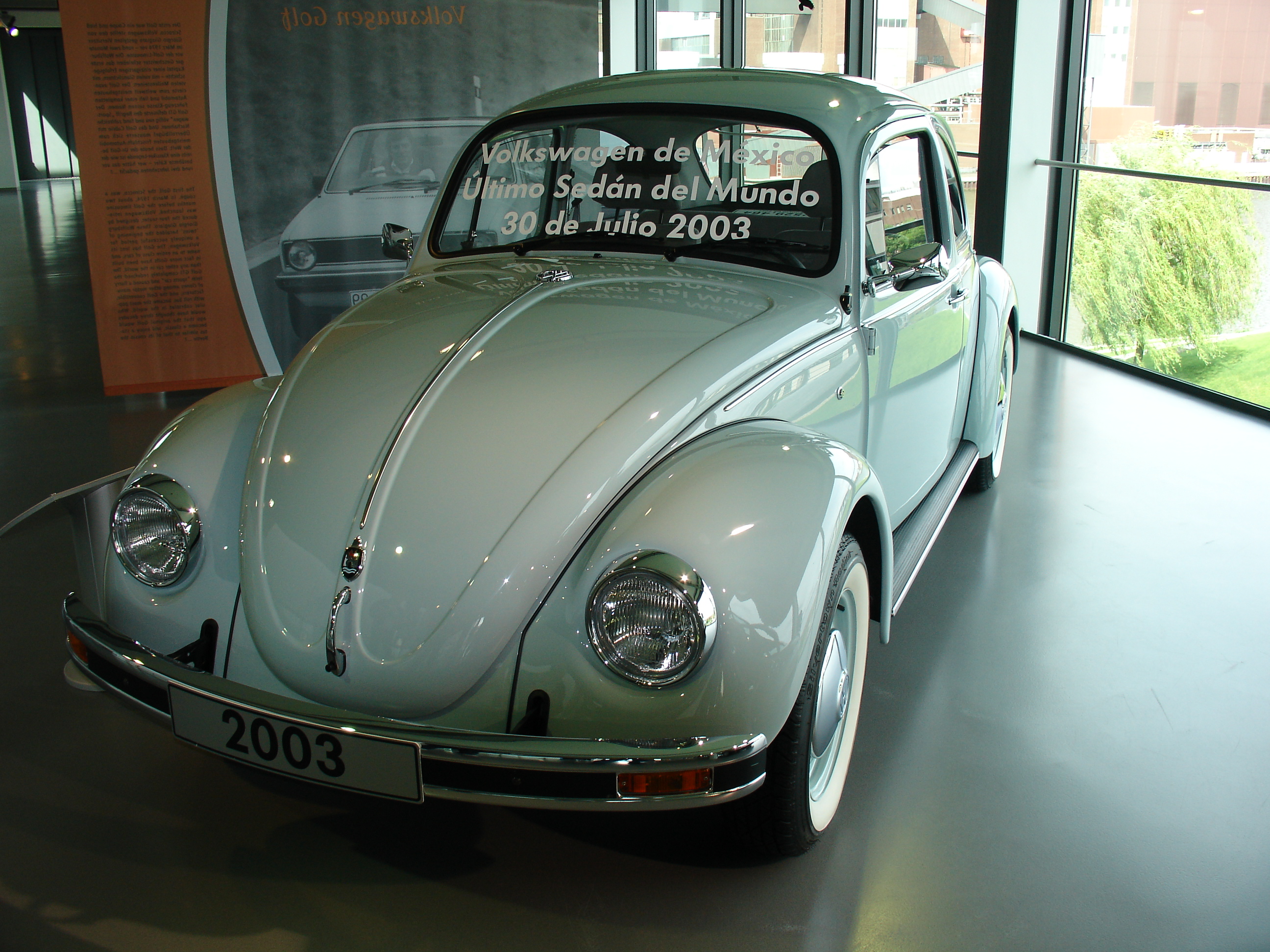 Proust! Can you summarize him? 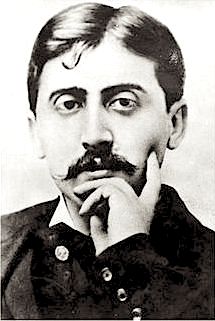 She was the daughter of the governor of Texas, and no, she didn’t have a sister named “Ura Hogg”.

Like most of his fellows, Diamond died early—shot at age 34. He’d survived four shootings before that, and became known as “the clay pigeon of the underworld”: 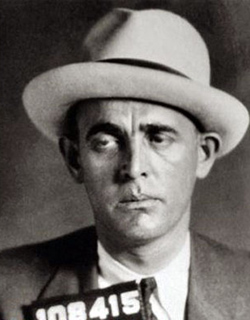 Here’s Williams playing on Duke Ellington’s famous song, “Concerto for Cootie” (1940); it’s one of Ellington’s best songs from the best era of his band:

Those who closed their eyes for the last time on July 10 include:

Through a third party, I’ve heard that the Internet is down in Dobrzyn, so there is no Hili dialogue this morning! If it’s restored, I’ll add it here. This situation is very rare, but not unprecedented!

Instead, enjoy a picture of baby Kulka with the caption, “Attachment from Paulina” (in Polish: “Załącznik Pauliny”). 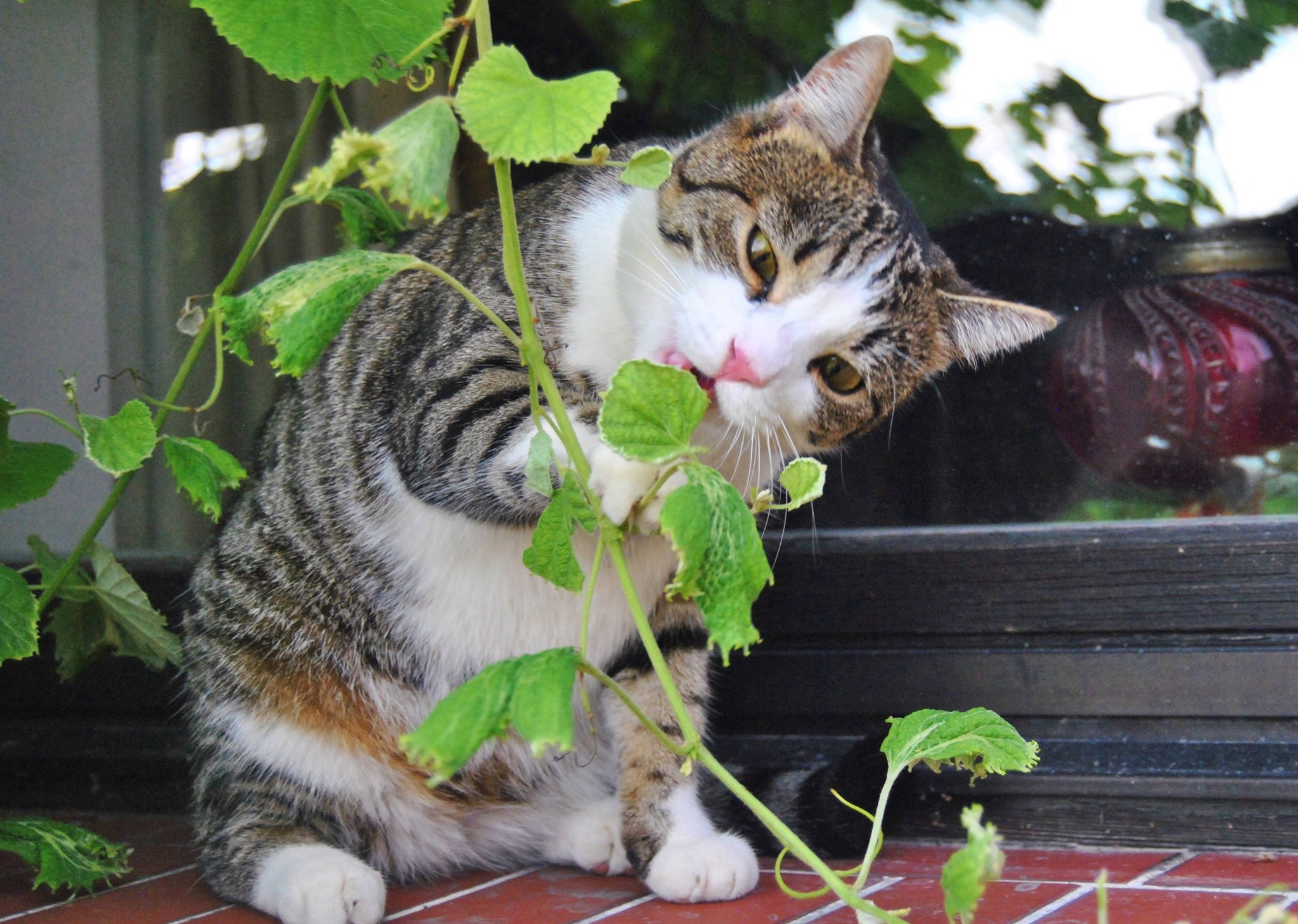 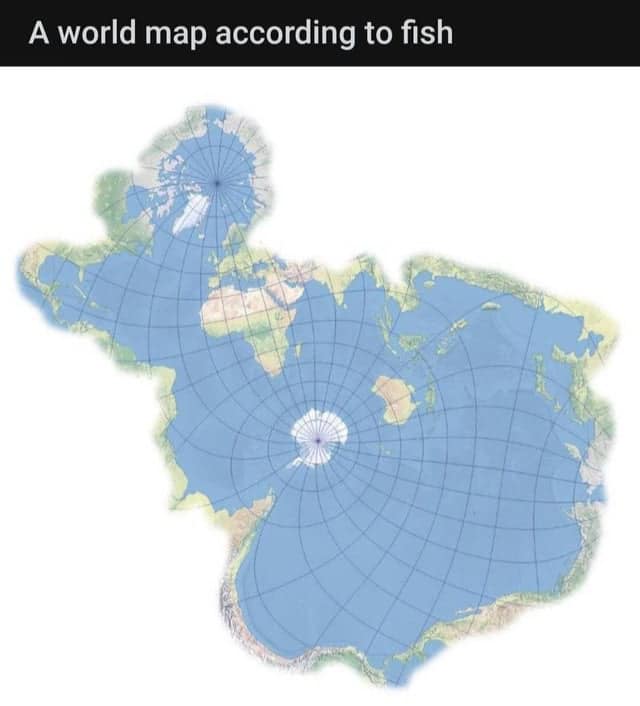 From Bruce, showing a food truck parked in an inappropriate place: 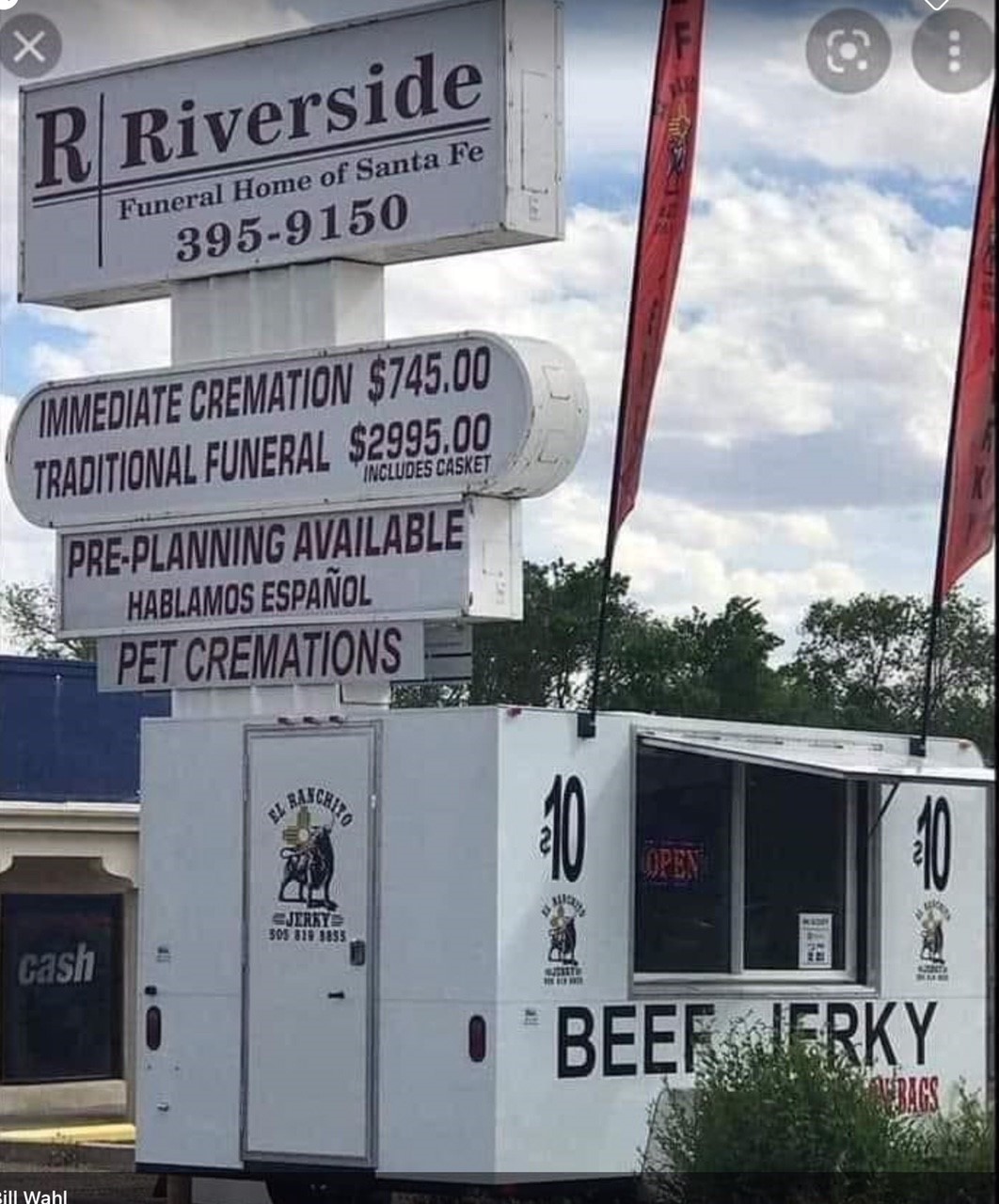 From Jesus of the Day: I want this bumper sticker! But all the lines should be the same size. 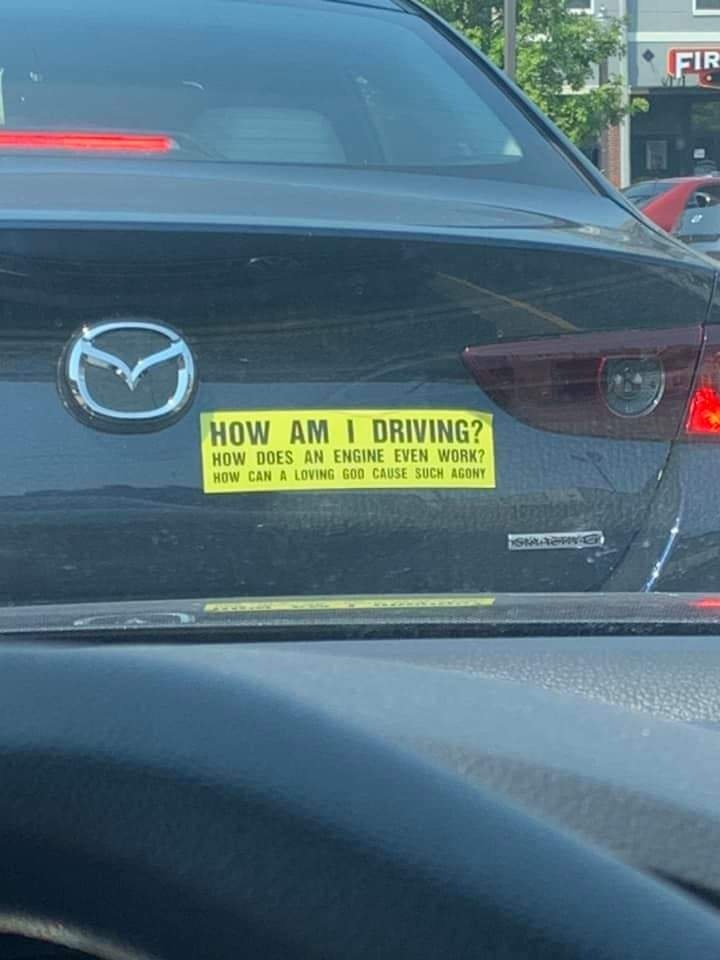 A retweet by Ricky Gervais. Someone please tell us what the David Brent Dance is:

The David Brent Dance: One of the most iconic British TV Comedy scenes of all time. Fact. #Brent20 pic.twitter.com/kKsLMce5x8

A tweet from Barry: Nature red in tooth and naughty bits:

Tweets from Matthew. First, a wonderful photo of Neptune and one of its moons:

This scene is like something out of a movie.

But it's a real photo of Neptune and its largest moon Triton, taken by @NASAVoyager 2 during its flyby in 1989.

Neptune is 30 times farther from the Sun than we are. And we know so very little about it.

Chemistry readers can tell us what kind of bonds are being formed:

ornamental building made of teeth https://t.co/zh48rcnLvf

This is the best building in the world: a veritable apotheosis of architecture. Have a look at Kindergarten Wolfartsweier in Karlsruhe, Germany. Designed by Tomi Ungerer and Ayla Suzan Yöndel it was built in 2002. I know I’ve shown it before but you can’t see too much of this wonderful school:

#ArchitectureFriday | 'When your end-user are two and three year olds, what could be more appropriate than a building that looks like a cat? Postmodernism takes joy seriously. – Owen Hopkins, @Phaidon  #LessIsABore> https://t.co/hEukpBzF6N pic.twitter.com/UEADkwooL1

This is a thread of pets, each of whom has many different names. Go to the site to see many more.