Welcome to a dreary Monday; it’s June 28, 2021: National Tapioca Day, a comestible that has made a big comeback with the advent of Asian-style tapioca-ball drinks. It’s also Paul Bunyan Day, International Body Piercing Day, INTERNATIONAL CAPS LOCK DAY, and Tau Day, described by Wikipedia as “a day similar to Pi Day celebrating the number Tau, which is equivalent to 2*Pi”. [JAC: in American notation it’s 6/28, which is roughly twice π.

Wine of the Day. As I said, I’m breaking into my pricier wines to treat myself in dispiriting times. The bottle below,  nigh on $35 when I bought it (but still a damn sight cheaper than a good wine in a good restaurant; see “news” below), is a French version of a chenin blanc, and, according to Robert Parker, who rated it a high “95”, could age for a long time to come. So perhaps I’m committing infanticide drinking it two years after the vintage. The food: fettucine Alfredo containing a pound of fresh garden peas from the farmer’s market. (I use Trader Joe’s excellent fettucine sauce, and bucatini noodles sent to me by a very kind reader.)

This was the most complex and finest example of chenin blanc that I’ve had. It was dry, but full of fruit in the nose (I detected honeydew melon and pear). Amazingly, it tasted a tad off-dry with the fettucine, which was great; it was a good pairing. I will have the other half  ofthe bottle to drink tomorrow, but, sadly, I have only one bottle, so I won’t be able to test Parker’s assertion: ” A terrific and buoyant Vouvray that any Chenin lover should try—or, better yet, cellar!” Even if this is outside your budget, you should be investigating chenin blancs as go-to summer whites, for there are some terrific values out there. 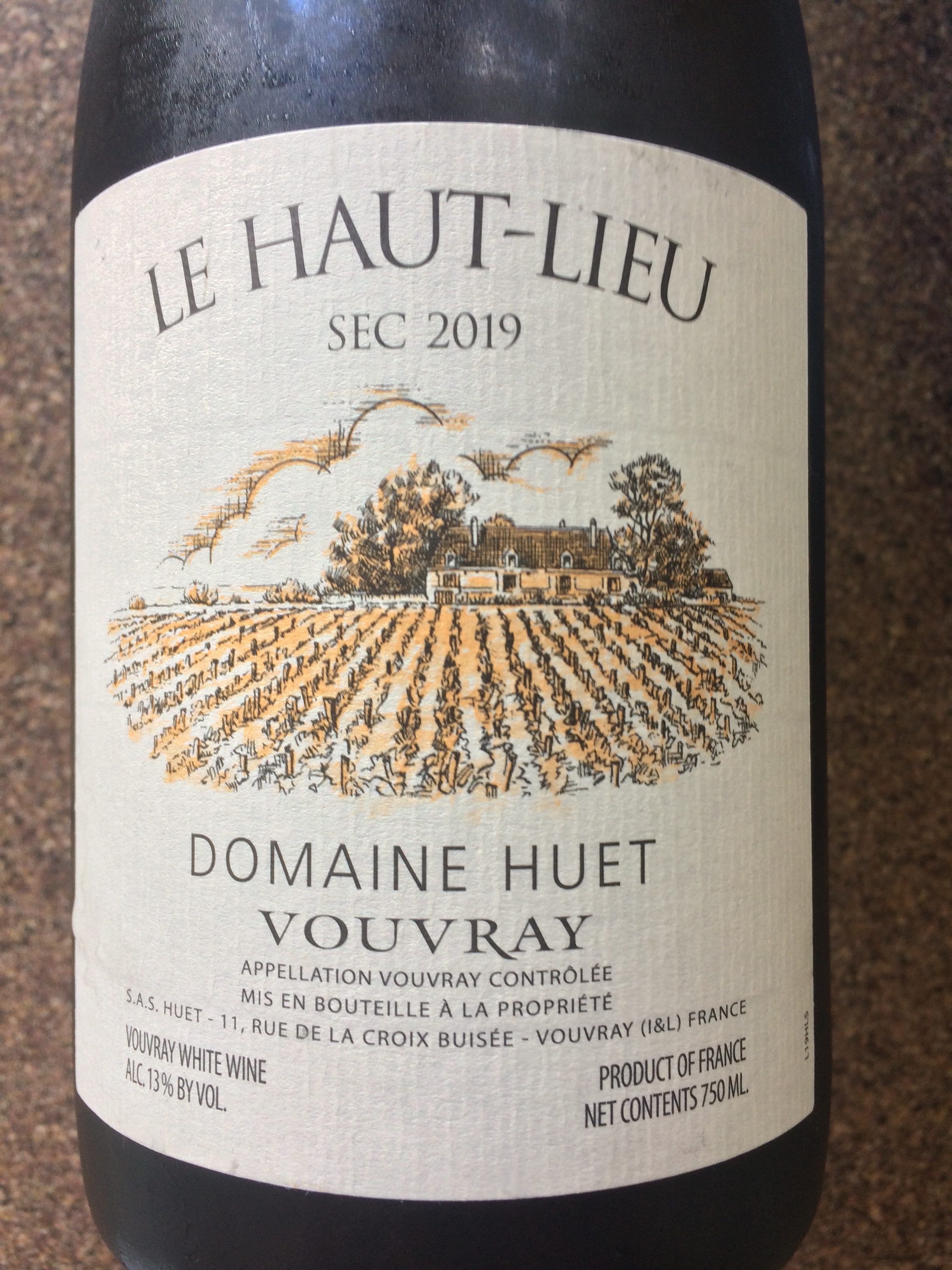 We’re now 158 days into the Biden administration, and there’s still no sign of a White House cat. Uncle Joe doesn’t even bipartisanship to get one; has he lied to us?

The death toll at the collapsed Surfside, Florida condominium has climbed from four to nine as more bodies have been recovered. But more than 150 people are still missing, and investigators are taking DNA from relatives of those not yet found. It’s already been reported that scattered body parts have turned up in the wreckage.

You may find Nicholas Kristof a bit unctuous, but his latest NYT column (click on screenshot below) is worth a read, for it describes a black musician, Daryl Davis, who hangs out with neo-Nazis and genuine Klan members, trying to convert them. And it often works, at least according to Kristof. Here’s a summary of Davis’s methods:

One of Davis’s methods — and there’s research from social psychology to confirm the effectiveness of this approach — is not to confront antagonists and denounce their bigotry but rather to start in listening mode. Once people feel they are being listened to, he says, it is easier to plant a seed of doubt.

In one case, Davis said, he listened as a K.K.K. district leader brought up crime by African Americans and told him that Black people are genetically wired to be violent. Davis responded by acknowledging that many crimes are committed by Black people but then noted that almost all well-known serial killers have been white and mused that white people must have a gene to be serial killers.

When the K.K.K. leader sputtered that this was ridiculous, Davis agreed: It’s silly to say that white people are predisposed to be serial killers, just as it’s ridiculous to say that Black people have crime genes.

Davis claims to have converted over 200 bigots this way. While Kristof adds, “society can hardly ask Black people to reach out to racists, gay people to sit down with homophobes, immigrants to win over xenophobes, women to try to reform misogynists, and so on. Victims of discrimination have endured enough without being called upon to redeem their tormentors”, that’s what his hero is doing, so maybe he’s just saying, ashe does at the end, that you should talk to family members whose views contradict yours. That’s an anodyne lesson, typical of Kristof.  I would like to meet Davis, though!

A woman holding a cardboard sign stepped into the road in front of Tour de France riders near the beginning of the race on Saturday, causing a massive crash (see video below). As the Washington Post reports:

A woman holding a large sign bearing the words “ALLEZ OPI-OMI!” (German terms of endearment for grandparents) clipped Germany’s Tony Martin, who lost his balance and set off a chain reaction that sent cyclists sprawling across the pavement as she stepped in front of the peloton to display the sign for TV cameras. Several spectators and cyclists were injured in the first crash.

“We are suing this woman who behaved so badly,” Pierre-Yves Thouault, the tour’s deputy director, told Agence France-Presse. “We are doing this so that the tiny minority of people who do this don’t spoil the show for everyone.”

The problem is that the woman fled the scene and they can’t find her.

GREAT TO SEE SPECTATORS BACK INVOLVED IN SPORTS EH pic.twitter.com/Kwxj8be2Qh

I visited Venice only once:  for just a few hours on a day trip from a conference in Padua. Even though it was off season, the main part of the city was intolerably crowded. In season, it’s much worse. The city, already declared a UNESCO World Heritage Site, is now up for status of World Heritage in Danger sites. The AP reports:

The recommendation by UNESCO’s World Heritage Center took into account mass tourism, in particular the passage of cruise ships through the historic center, a steady decline in permanent residents as well as governance and management problems.

“This is not something we propose lightly,” Mechtild Roessler, director of the World Heritage Center, told AP. “It is to alert the international community to do more to address these matters together.”

Veneto regional officials have submitted a plan for relaunching the tourism-dependent city to Rome that calls for controlling arrivals of day-trippers, boosting permanent residents, encouraging startups, limiting the stock of private apartment rentals and gaining control over commercial zoning to protect Venetian artisans.

Lettie Teague, the Wall Street Journal’s wine columnist, is running a three-part series to acquaint would-be oenophiles to the basics of tasting wine, buying it, and pairing it with food. Have a look, especially if you’re just getting into wine: here are the first two articles:

How to order wine in a restaurant: pairing tips and sommelier strategies.

She left out two of Coyne’s Lessons, though:

1). Always bring your own wine to a restaurant if you can, and pay corkage (the fee they charge to open and serve your own bottle) so long as that fee reasonable. Even at $15 a bottle, corkage is still considerably cheaper than buying the restaurant’s wine, which is nearly always unconscionably overpriced

2). Do NOT let the sommelier pour the wine for the table. The host should do all the pouring. (In this I agree totally with Christopher Hitchens.)

Stuff that happened on June 28 includes:

Here, from Wikipedia, is “Sir George Hayter‘s view of the 1838 coronation.” 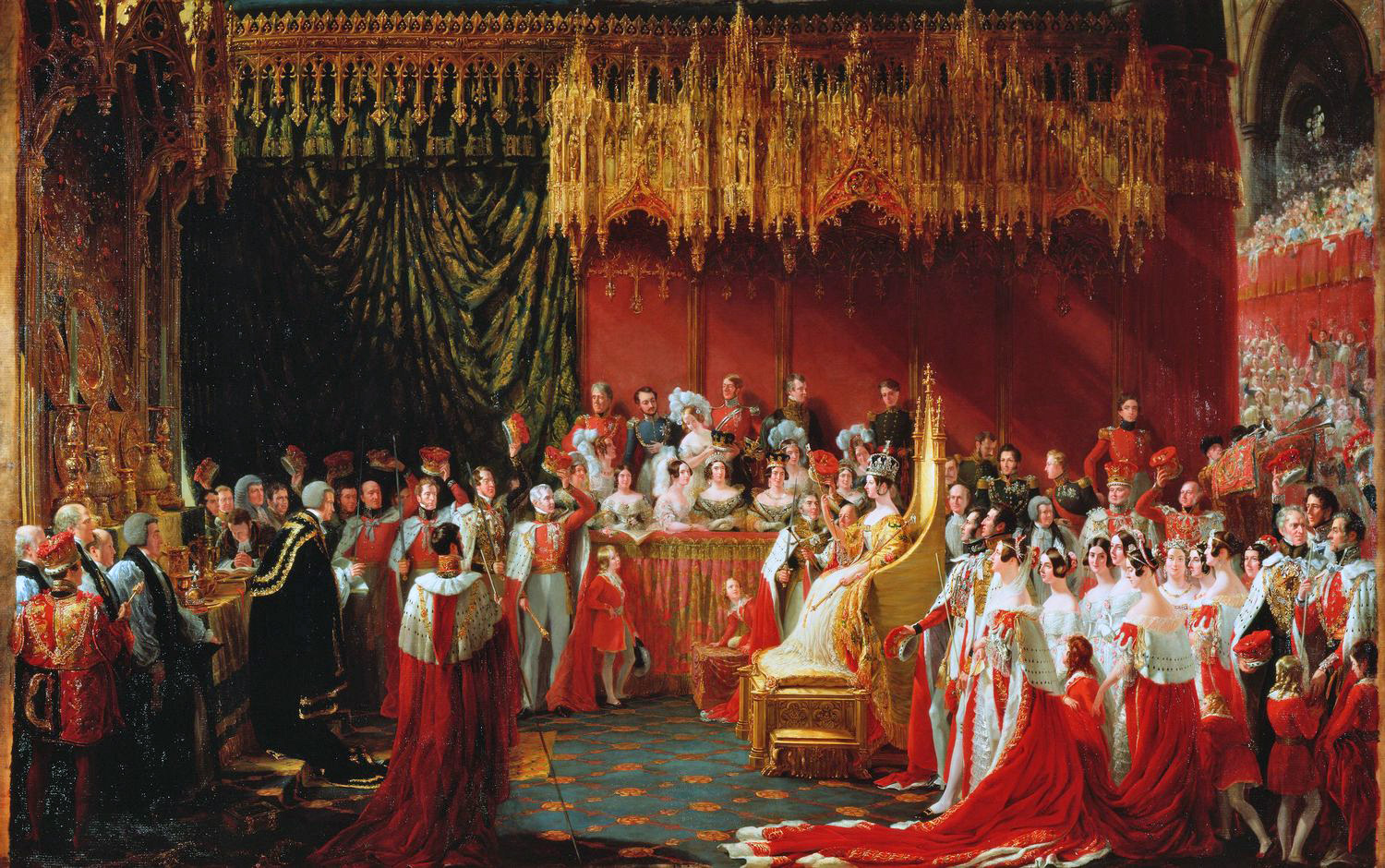 A “bushranger” refers to an armed robber in old-time Australia.  Here’s a photo of Kelly on November 10, 1880, the day before he was hanged for murder: 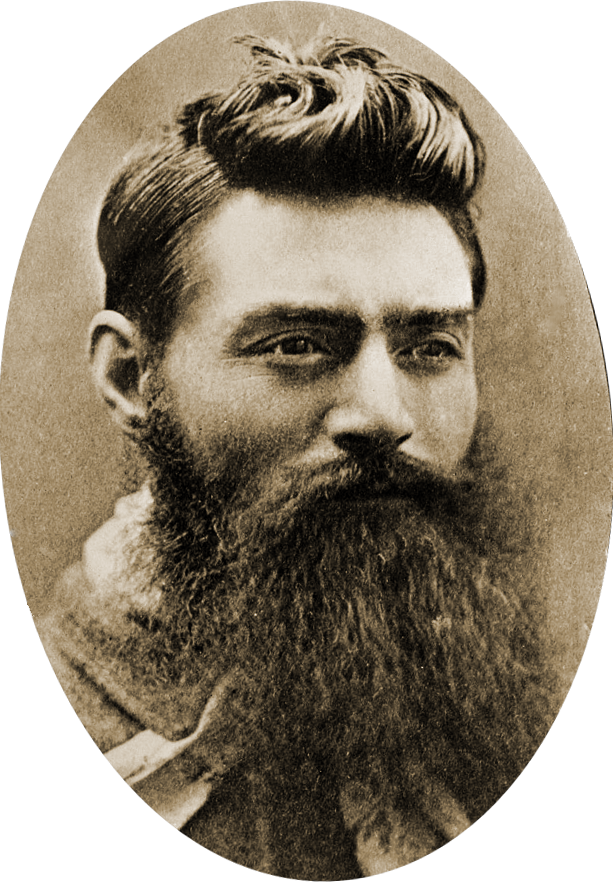 Here’s the Archduke’s bloodstained uniform, shown on Wikipedia. Because of this assassination, 20 million people died, and for nothing. 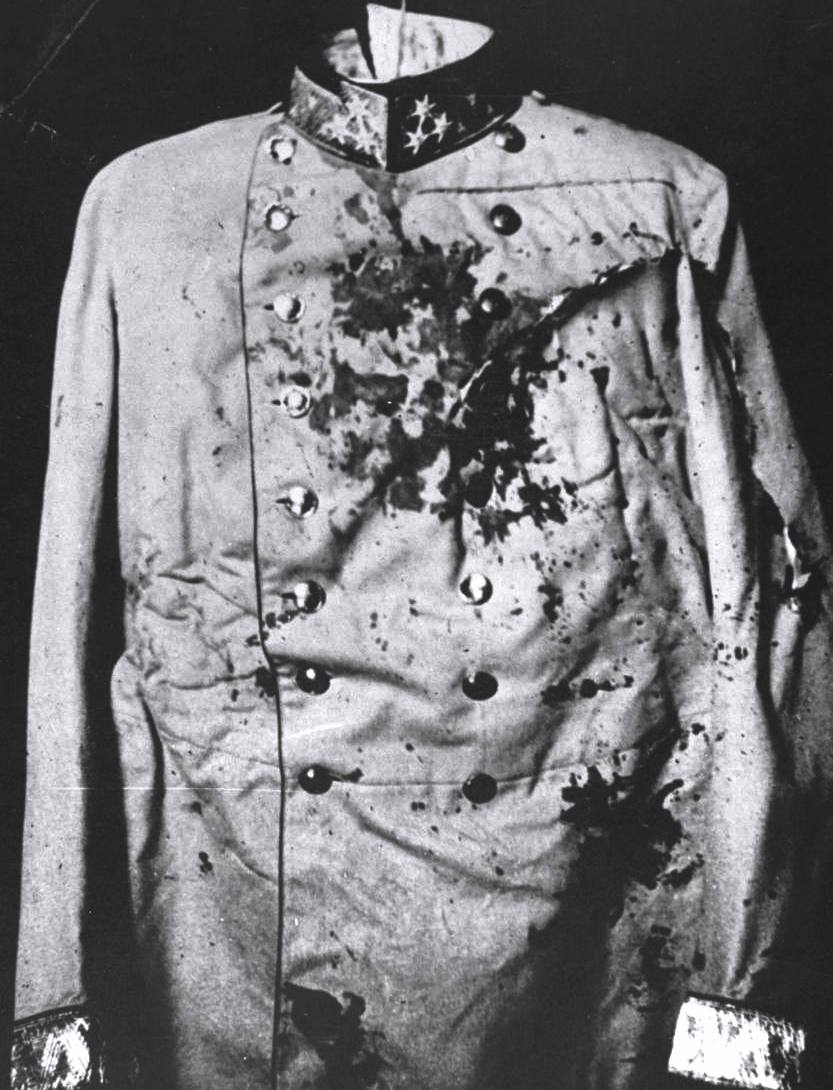 Here’s the cover of the English version of the treaty: 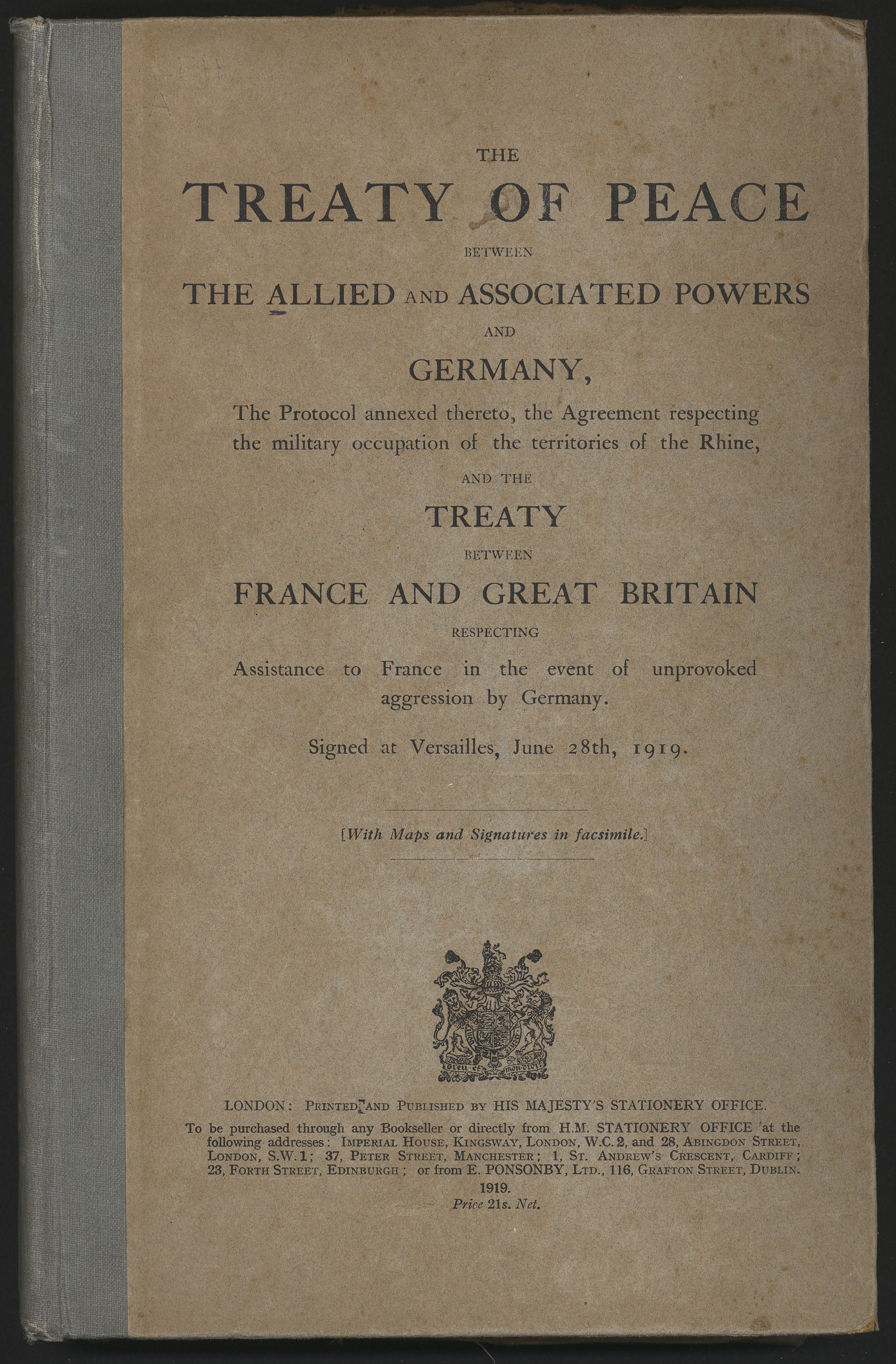 The police raid on the Stonewall Inn was indeed an iconic moment. Here’s a photo from Wikipedia showing the protestors confronting the police, who had been regularly paid off by the bar for protection (the Stonewall was owned by the Genovese crime family). This form of extortion was called “gayola.”

Note that the ruling was made on the basis that diversity itself was a desirable outcome, not as a form of reparations for centuries of repression of minorities.

Here’s a video of the ear-biting (trigger warning: some blood): 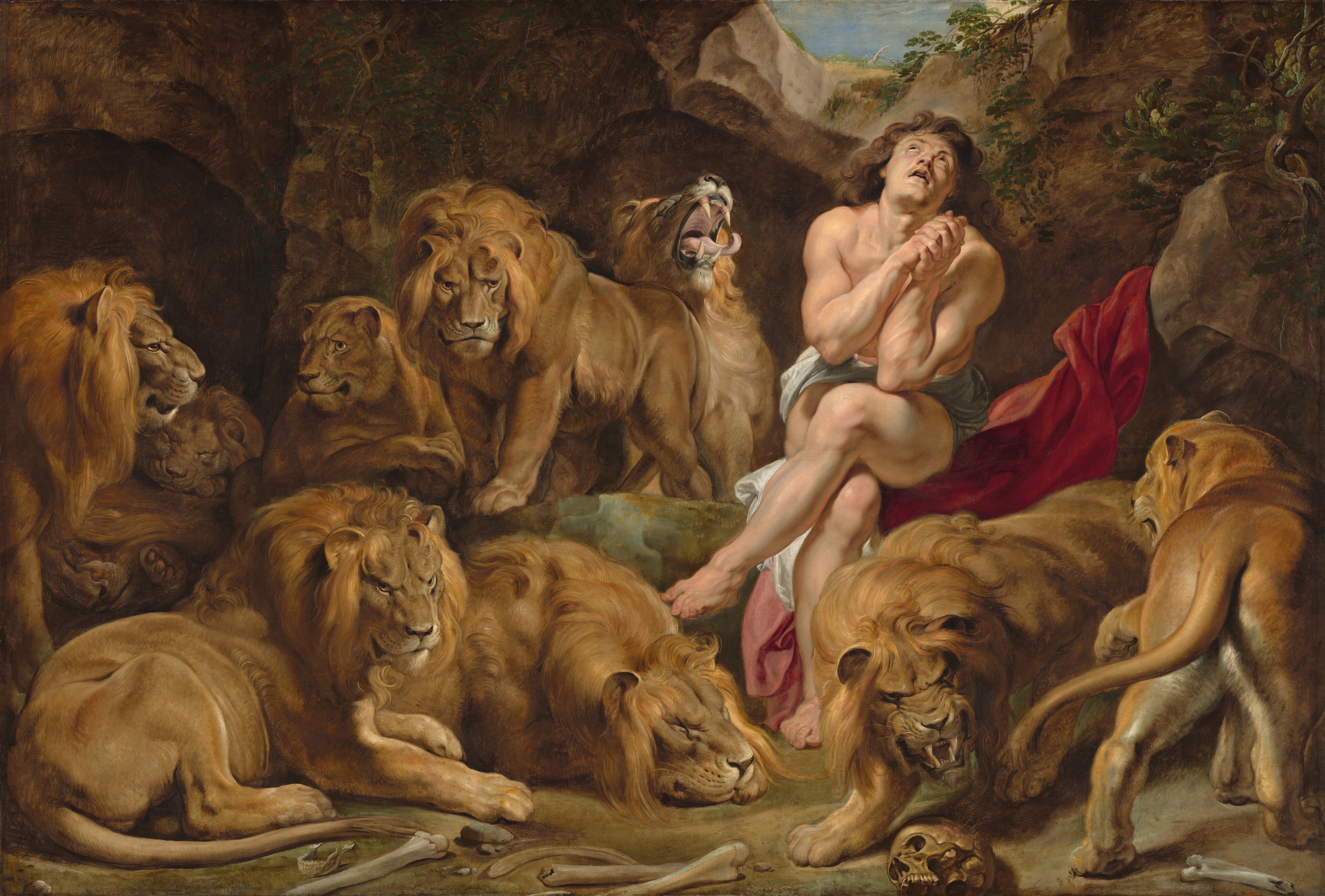 Carrel, whose photo is below, appears due for reexamination and/or cancellation. As Wikipedia describes him:

Alexis Carrel (French: [alɛksi kaʁɛl]; 28 June 1873 – 5 November 1944) was a French surgeon and biologist who was awarded the Nobel Prize in Physiology or Medicine in 1912 for pioneering vascular suturing techniques. He invented the first perfusion pump with Charles A. Lindbergh opening the way to organ transplantation. His positive description of a miraculous healing he witnessed during a pilgrimage earned him scorn of some of his colleagues. This prompted him to relocate to the United States, where he lived most of his life. He had a leading role in implementing eugenic policies in Vichy France. 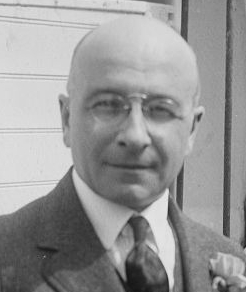 In 1974, Johanson and his team discovered the Australopithecus afarensis skeleton called “Lucy”. It was a remarkably complete hominin skeleton, though we don’t know if it’s one of our direct ancestors. As I noted in WEIT, it’s an apelike cranium sitting atop a remarkably “human” postcranial skeleton. 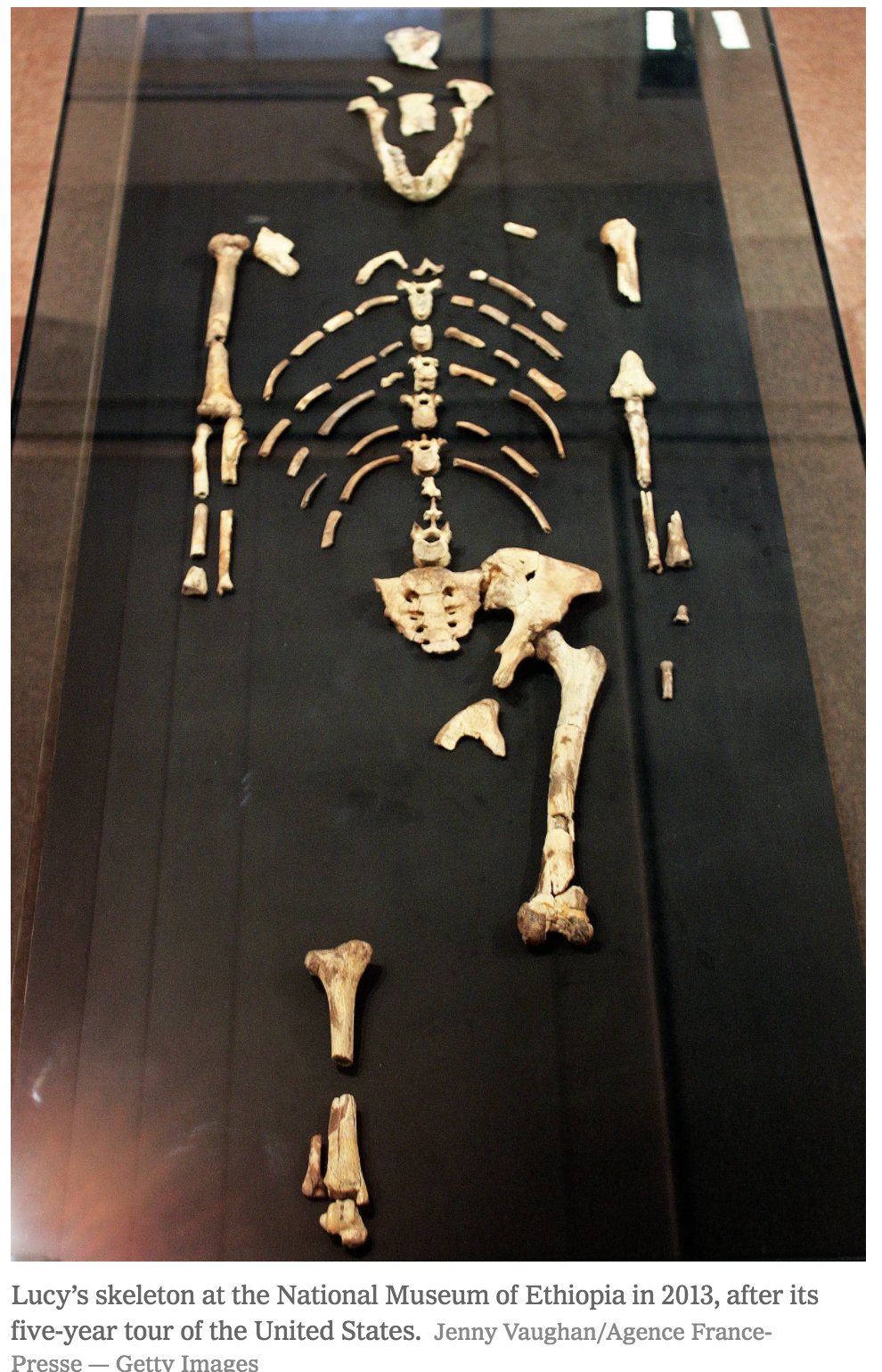 What a comedic talent! I always thought that she and John Belushi were the two most talented cast members of Saturday Night Live (Dan Akroyd comes close behind).  Here’s Radner as a child presenting the “I Hate Jennifer Show”.  I don’t know any adult who can do a child better.

Those who began pushing up daisies on June 28 include:

“To kid oneself, to lie to oneself, to convince oneself about something which is convenient, is a feature common to all humans. It’s easier to fool yourself than to fool other people. Here Andrzej suggests putting a stop to such behavior, and wise Hili, who knows her humans, is surprised what reasons could Andrzej have for proposing something so radical and so against human nature.”

A: Let’s not kid ourselves.
Hili: Is there any reason for introducing such radical politics? 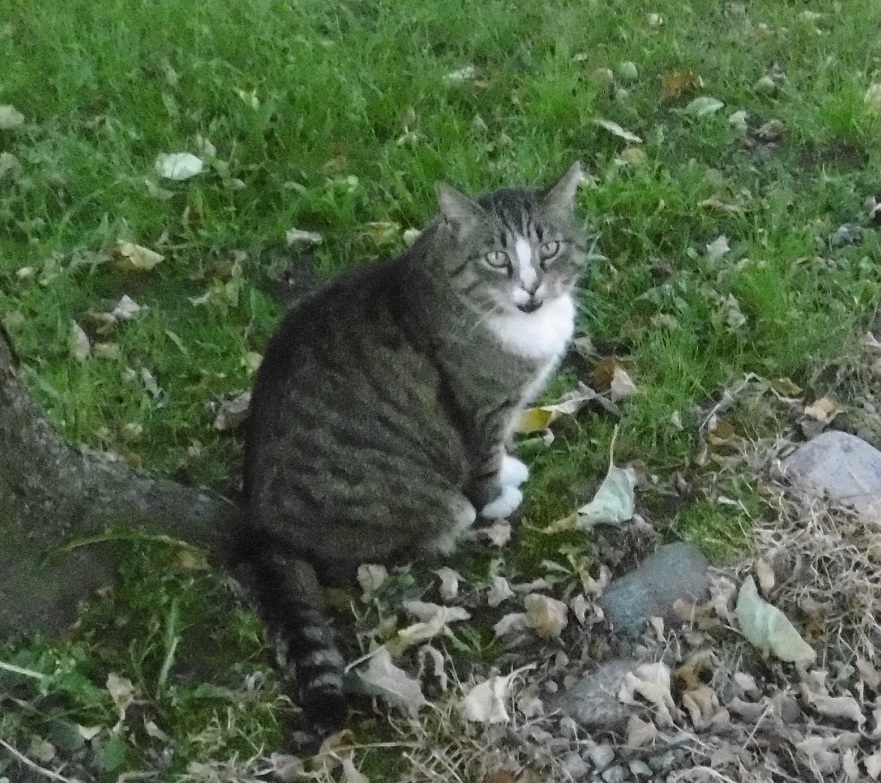 Meanwhile, Szaron is on Malgorzata’s pillow in bed and tells her to go elsewhere:

Szaron:  Go sleep on the sofa.

A Mark Parisi cartoon sent by Diana MacPherson. If you don’t get it, a reader will no doubt explain it: 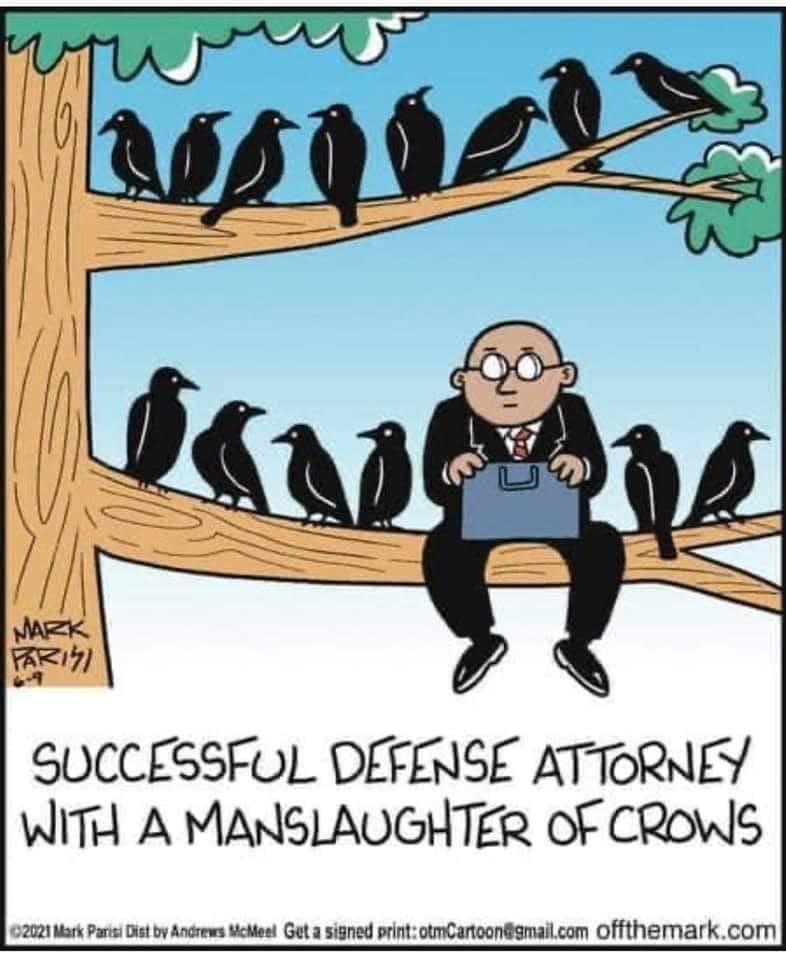 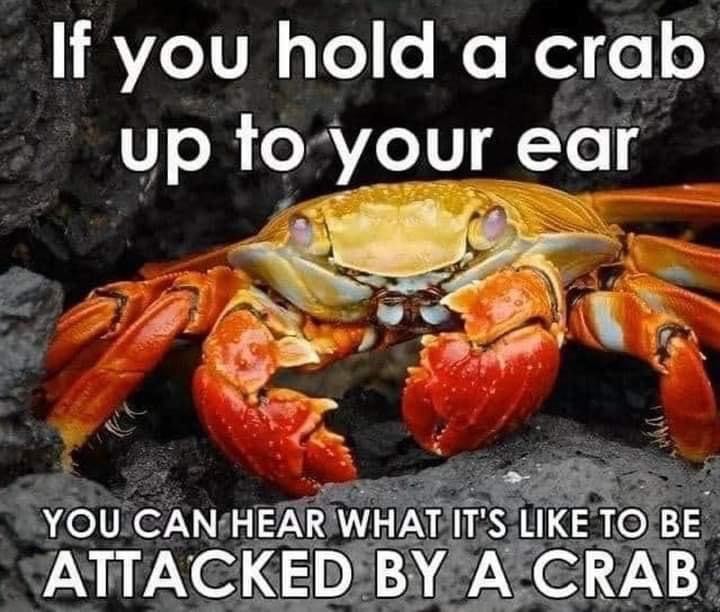 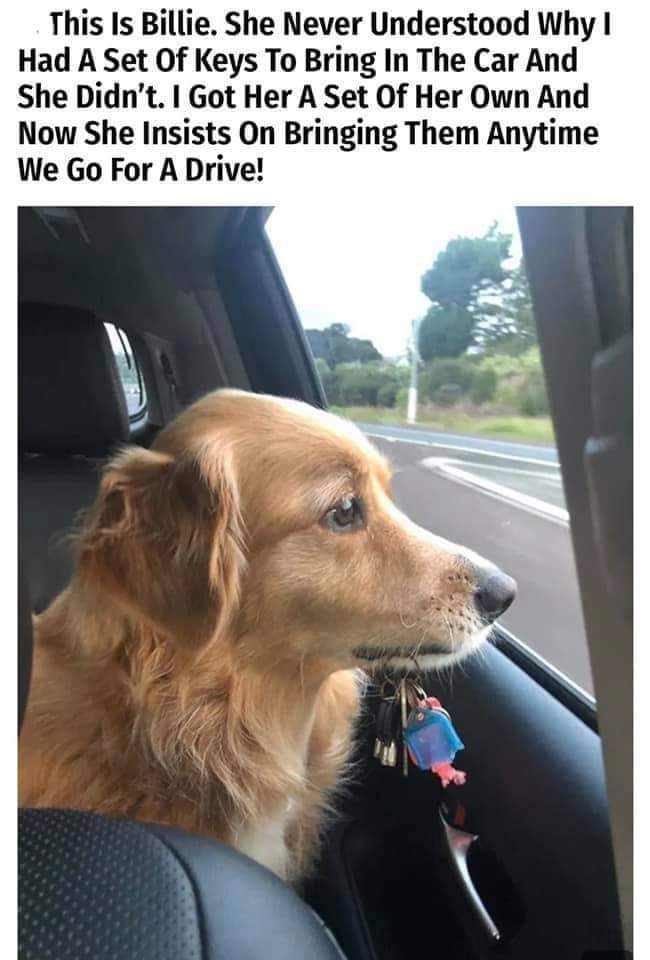 A tweet from Ginger K., with a lovely self-portrait avec chat (Lotte Lasterstein is described here).

A tweet from Ana, whose dad is reader Jez:

Tweets from Matthew: First, an amazing display of male prowess (he’s clearly trying to impress a female with his leaps). Wikipedia notes this:

During the breeding season, males leap suddenly from the grass with a peculiar croaking or knocking call, flutter their wings and fall back with slightly open wings. At the apogee of the leap the neck is arched backwards and the legs folded as if in a sitting posture. These jumps are repeated after intervals of about three or more minutes. The displays are made mainly in the early mornings and late evenings, but during other parts of the day in cloudy weather.

1941: A boy and his pet duck
(Photo: Leslie Jones) pic.twitter.com/gPFCG0iyIN

Larry the Cat, Chief Mouser to the Cabinet Office, checks out the live reporting setup:

A pet hairless cow becomes enamored with an orphaned piglet. Such a sweet story! Sound up.

There are lots of cats today, but this one cannot be withheld! Bobcat mom and kittens!

So this is my front porch right now. 😳😳😳 #Friday #bobcats #arizona pic.twitter.com/lQZH6yYjGx

Look at the antennae on this moth. WHY SO BIG?