Once again I ask readers to consider sending me their good wildlife photos.

Today’s photos are of BIG CATS IN AFRICA, and were taken by reader John. His notes and IDs are indented, and you can click on his photos to enlarge them

Since you asked us to send more wildlife photos, here are some more. African cats this time, from Tanzania — Serengeti National Park and Ngorongoro Crater Conservation Area.

We were lucky to see a mother cheetah  (Acinonyx jubatus) and her offspring, I don’t know how old. My wife and I fell in love with cheetahs, so can’t help including several of them. It’s funny how the baby’s head and neck fur look like feathers. 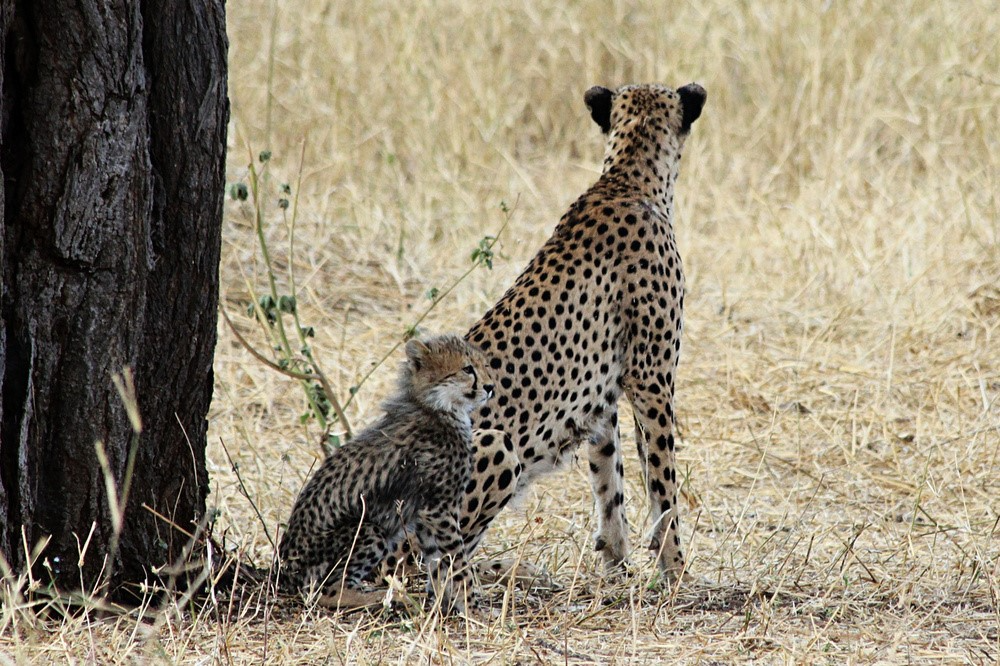 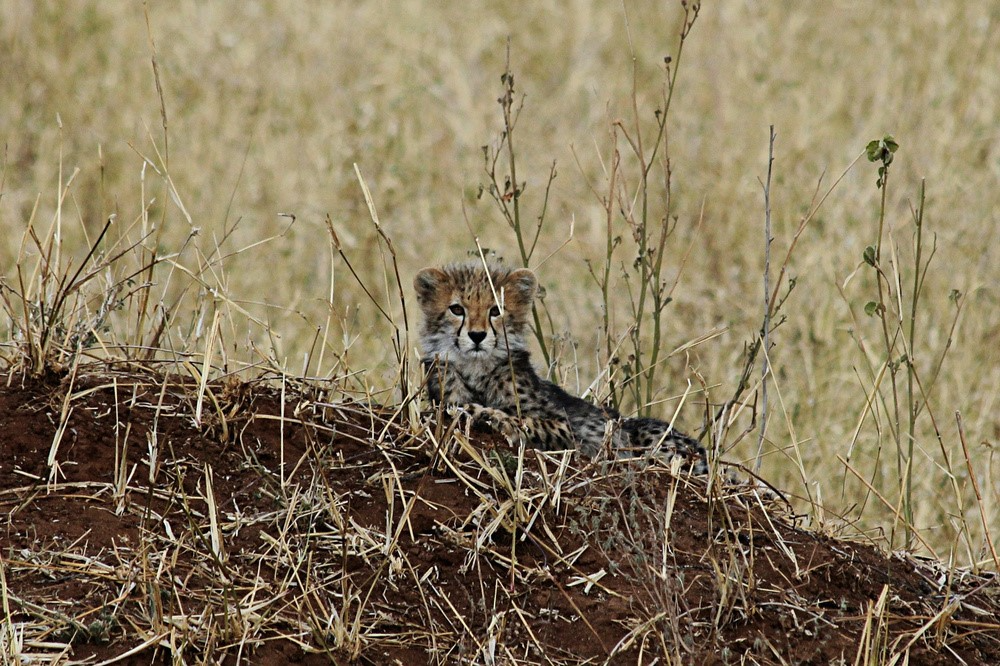 These animals define the word svelte. 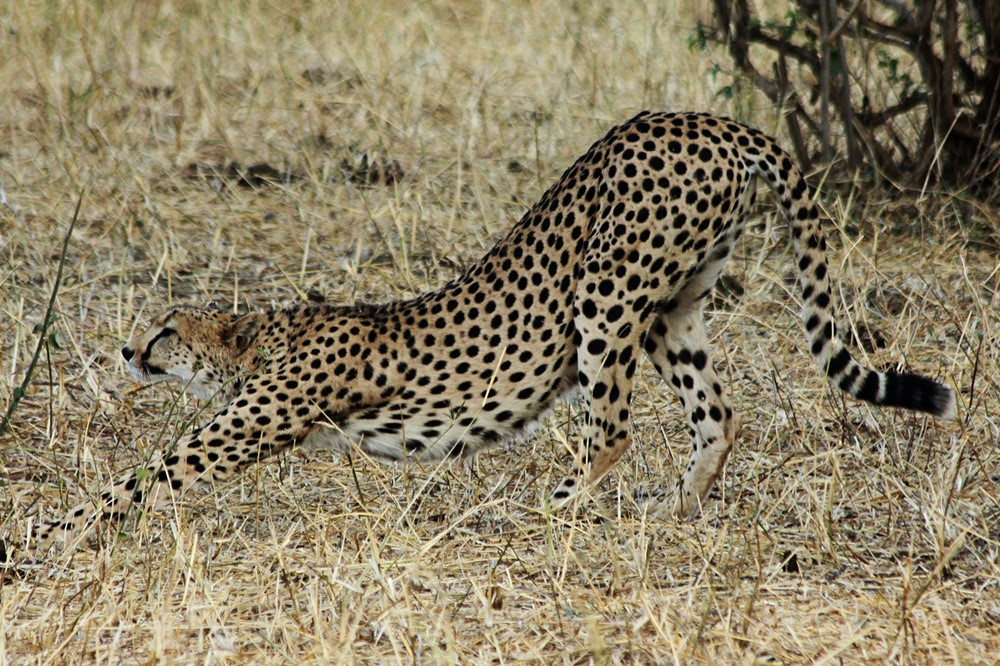 This female lion (Panthera leo) is wearing a “wire”, as they say on the police shows. 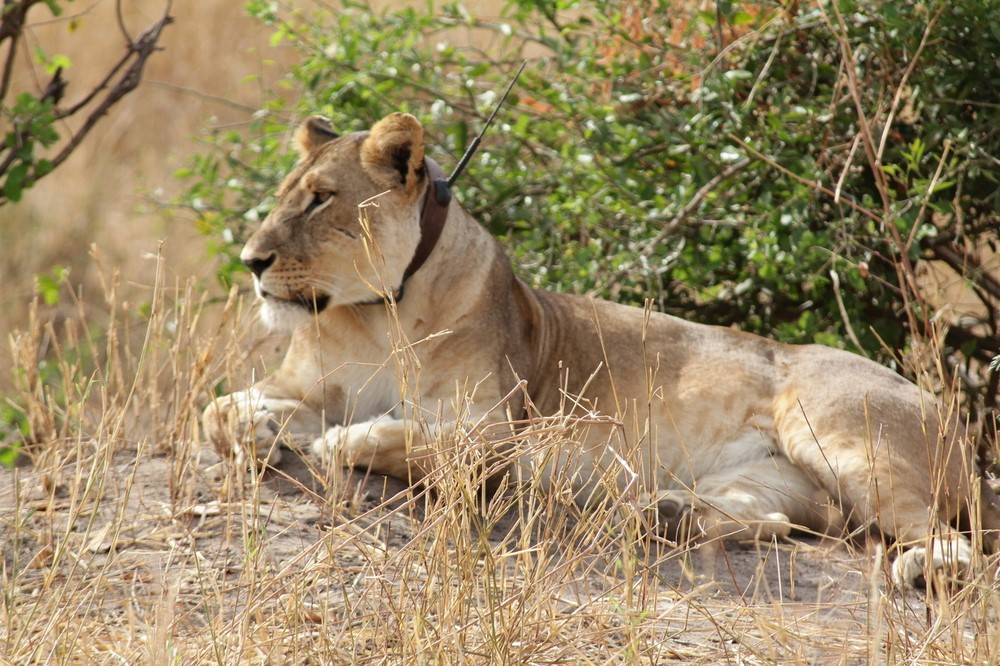 Two shots of leopards (Panthera pardus). This one was right next to the road. 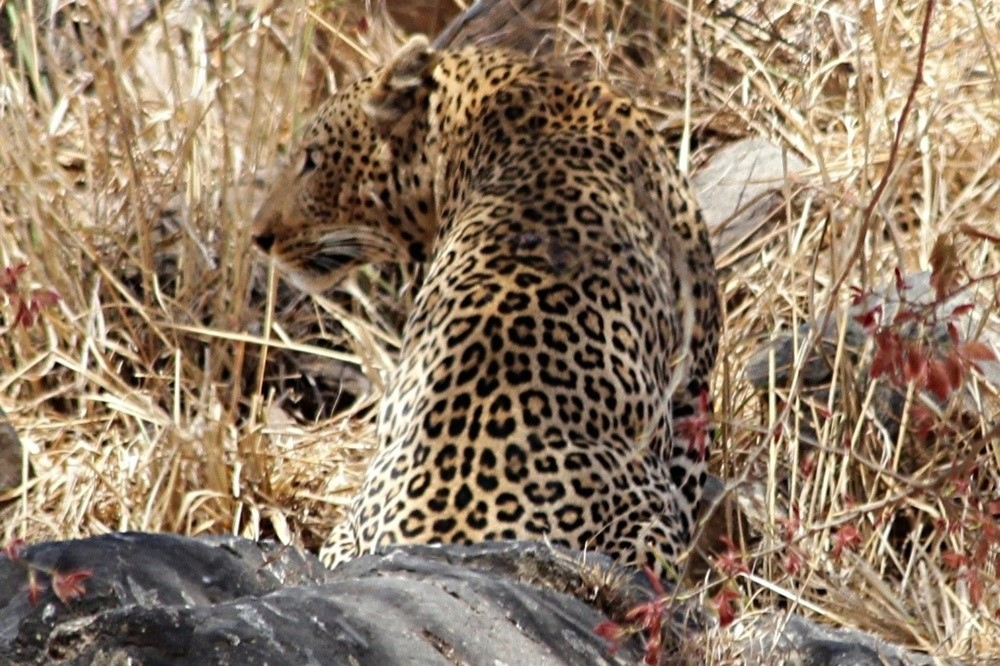 Ans this one is taking a welcome afternoon siesta in a tree. We saw several of these. 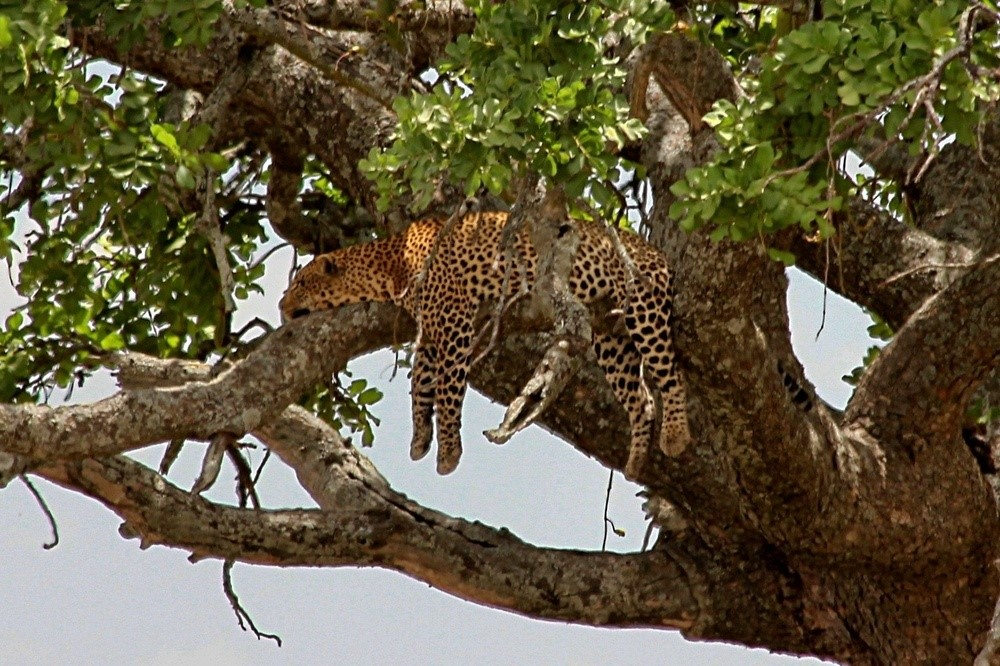 These four lionesses (or is there a male there?) were the first creatures we saw in the Serengeti, so we figured they were a welcoming committee. 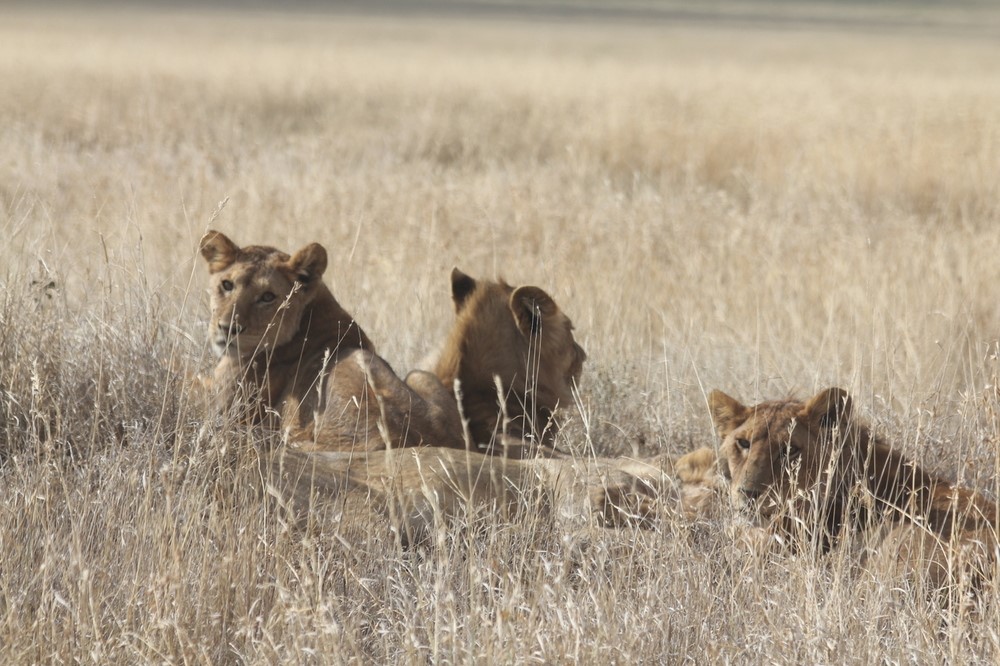 Our driver cheated some by going fairly close to this mother lion and her cubs — but not too close. One little one has light spots on its back legs. Is this normal? 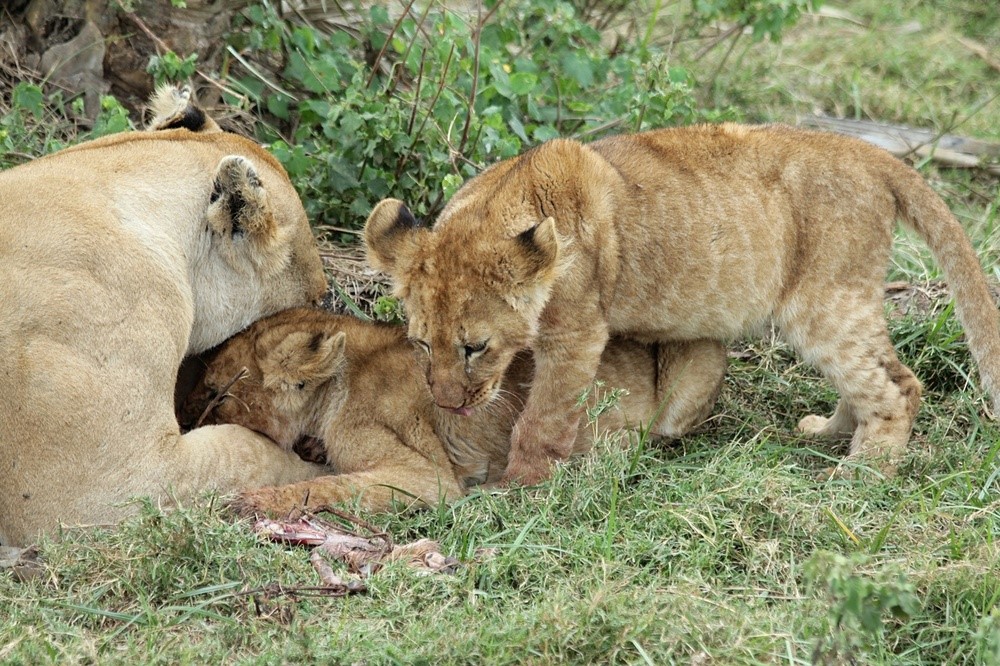 I can’t see this one without feeling like reaching out and scratching its belly. It would be the last thing I ever did! 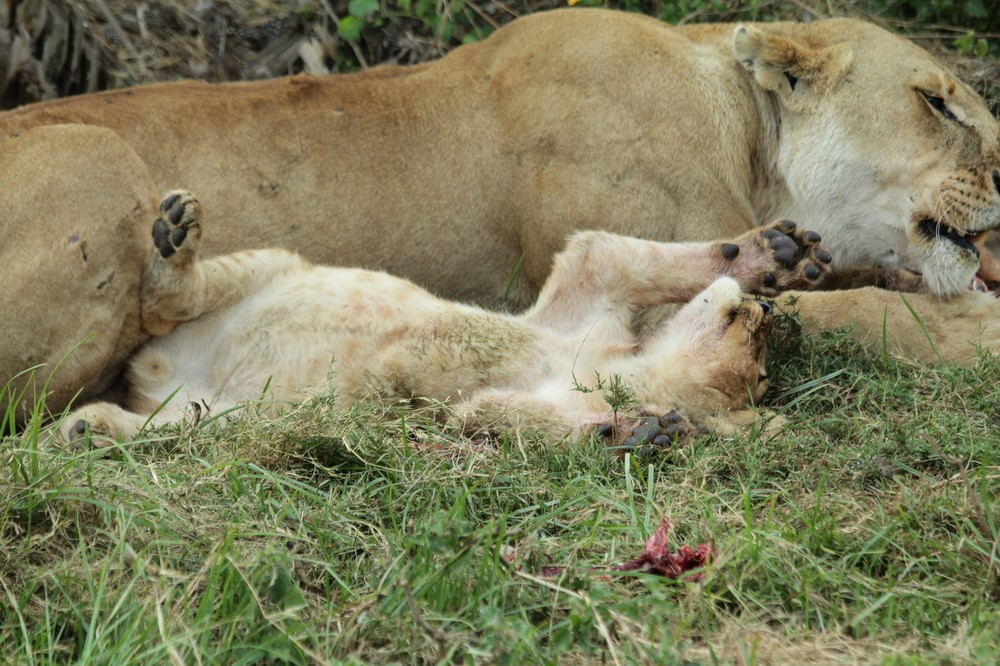 This is a rare one, that we saw only from far away, hence the bad quality of the photo, which is much enlarged. It’s a serval (Leptailurus serval). It’s maybe a good half meter tall and weighs less than 20 kg. 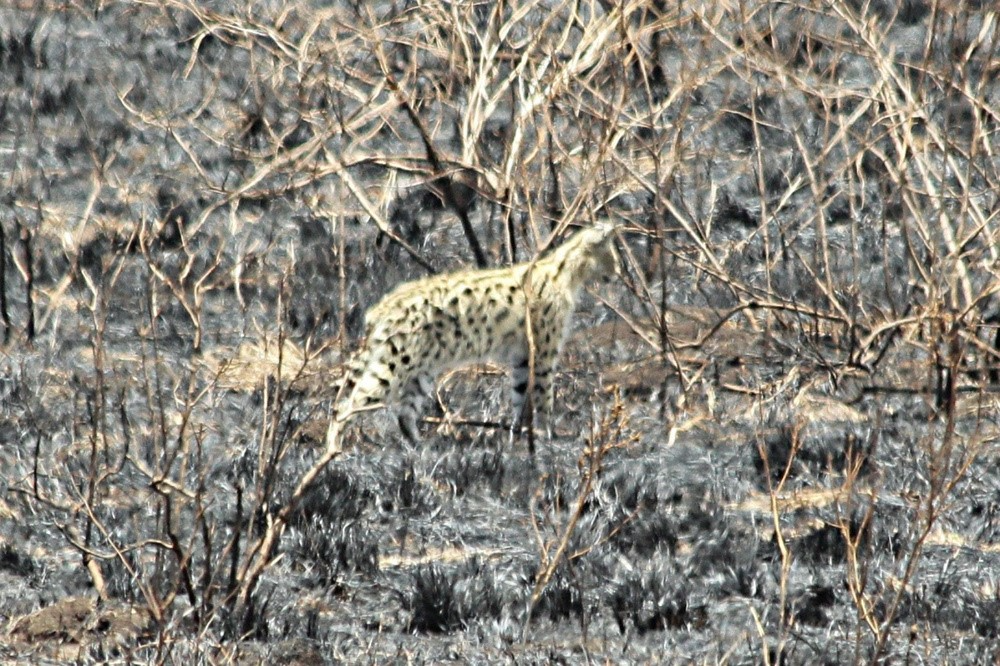