Apparently the Jesus and Mo website issues are fixed, and one can access the latest strip, called “outrage”, without trouble.  It conveys what seems to be true: many instances of woke behavior represent not genuine attempts to fix society, but a way to call attention to oneself by being outraged, either feigned or for real. And, as usual, the boys show their own hypocrisy in the last panel.

The strip came with a link:

Today an essay appeared on the website of Chimamanda Ngozi Adichie, which prompted this J&M.

The essay describes how the author was attacked on social media by a woman friend for saying “a trans woman is a trans woman”, although he “fully support(s) the rights of trans people and all marginalized people.” Given the woman’s behavior described in Adichie’s longish essay, it’s clear that her public attack was an act of performative outrage. 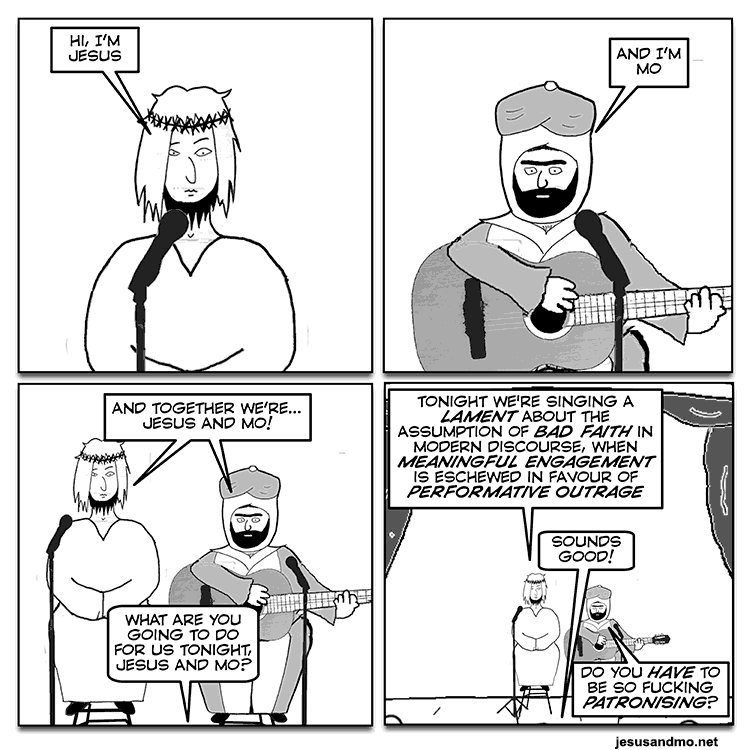