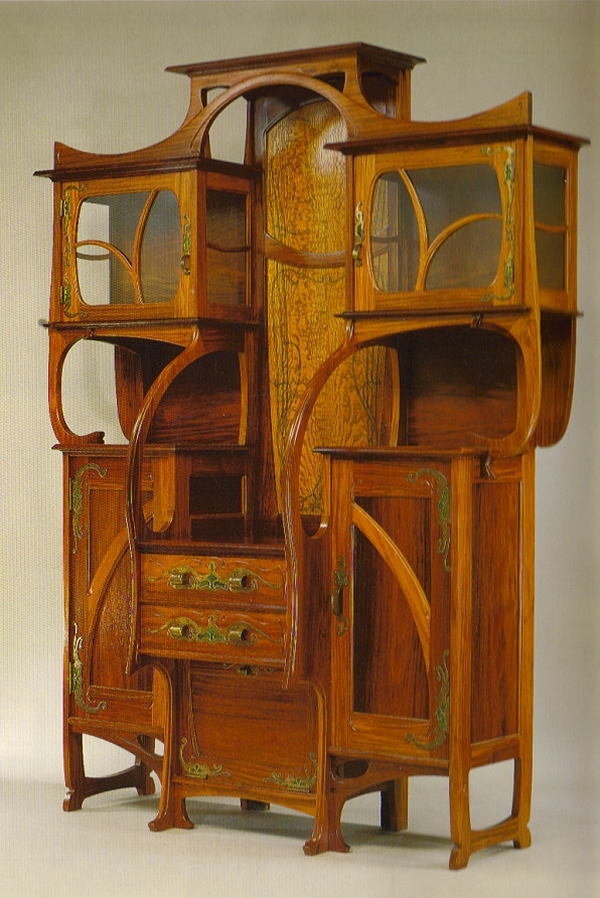 The Keystone Pipeline, designed to convey oil from northern Alberta to the lower 48, is dead, defunct, singing with the Choir Invisible. It is an Ex Pipeline. The Biden administration, continuing its truly progressive environmental policy, revoked the pipeline’s permit yesterday. In light of that, the pipeline developer abandoned the project.

The Washington Post reports that some of the Capitol rioters in jail for their actions are being kept in jail by the continual pronouncements of Trump and his minions that the election was stolen. From the paper:

In keeping a Trump supporter and felon in jail in Michigan pending trial, Jackson highlighted a message in which the man said he was in D.C. on Jan. 6 because “Trump’s the only big shot I trust right now.”

The man has been charged with obstructing a congressional proceeding and related crimes, and his “promise to take action in the future cannot be dismissed as an unlikely occurrence given that his singular source of information . . . continues to propagate the lie that inspired the attack on a near daily basis,” Jackson wrote. [Judge Amy Berman Jackson denied the man bail.]

This isn’t the only person in this situation, for such folks are deemed dangers to public safety so long as the “stolen election” scenario is promulgated. I had no idea that Trump is still banging this drum, as I’ve been happily ignoring and/or unaware of his actions since he became President-Eject.

Have you wondered what’s up with Elizabeth Holmes, accused (with her Theranos colleague Sunny Balwani) of wire fraud and conspiracy, and now of destroying evidence about the efficacy of her blood-testing machines? Preparations for a July trial are in fact underway, and we’re at the jury selection stage. Prosecutors have accused her legal team of trying to stack the jury, since the team submitted 41 pages of questions (112 questions), many of which, say the prosecution, are irrelevant.  Holmes faces 20 years in jail. If you read John Carreyrou’s fascinating book about Holmes and Theranos (highly recommended by yours truly), you’ll want to see her in a prison suit.

Queen Elizabeth has been canceled! According to the BBC, Oxford students at Magdalen college have voted to remove the Queen’s photo portrait from one of their common rooms. The reason? Colonialism!:

“. . . for some students, depictions of the monarch and the British monarchy represent recent colonial history”.

As far as I know, the Queen hasn’t engaged in acts of colonialism. But it doesn’t matter, for her ancestors did!  (h/t Jez)

You probably didn’t know this (nor did I), but judges can increase the sentences of someone who was acquitted of a crime and later convicted of a lesser crime. That is, if you’re acquitted of a murder, and later convicted of a robbery whose normal penalty is four years in jail, your prior acquittal could lead the judge to more than double your sentence. This procedure, called “acquitted conduct sentencing”, seems manifestly unjust, but is widespread. Reader Paul informs me that, according to this article in Persuasion, the Senate Judiciary Committee will begin considering a bill that bans this kind of sentencing.

Also from the BBC, a remarkable body-surfing duck (named “Duck”) in Ausralia. He spends up to two hours a day riding the waves. Click on the screenshot to go to the video: 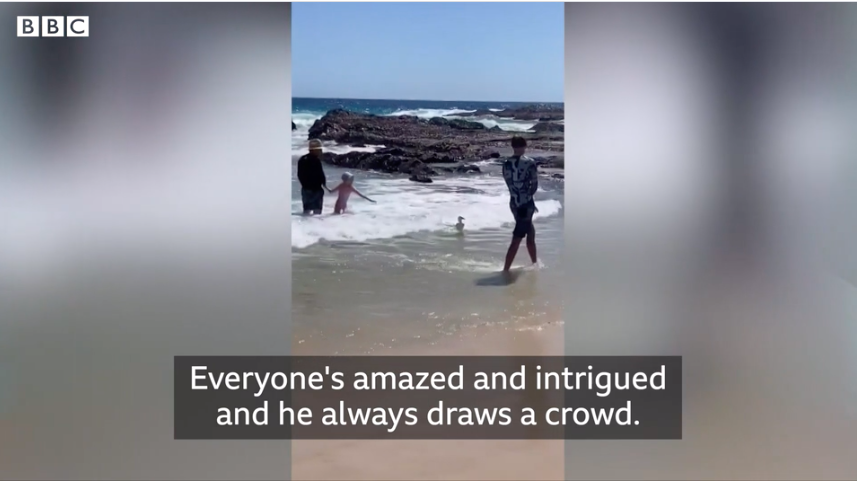 Stuff that happened on June 10 includes:

Here’s a memorial to Bishop I photographed when I visited Salem two years ago. I wonder who left the flowers. 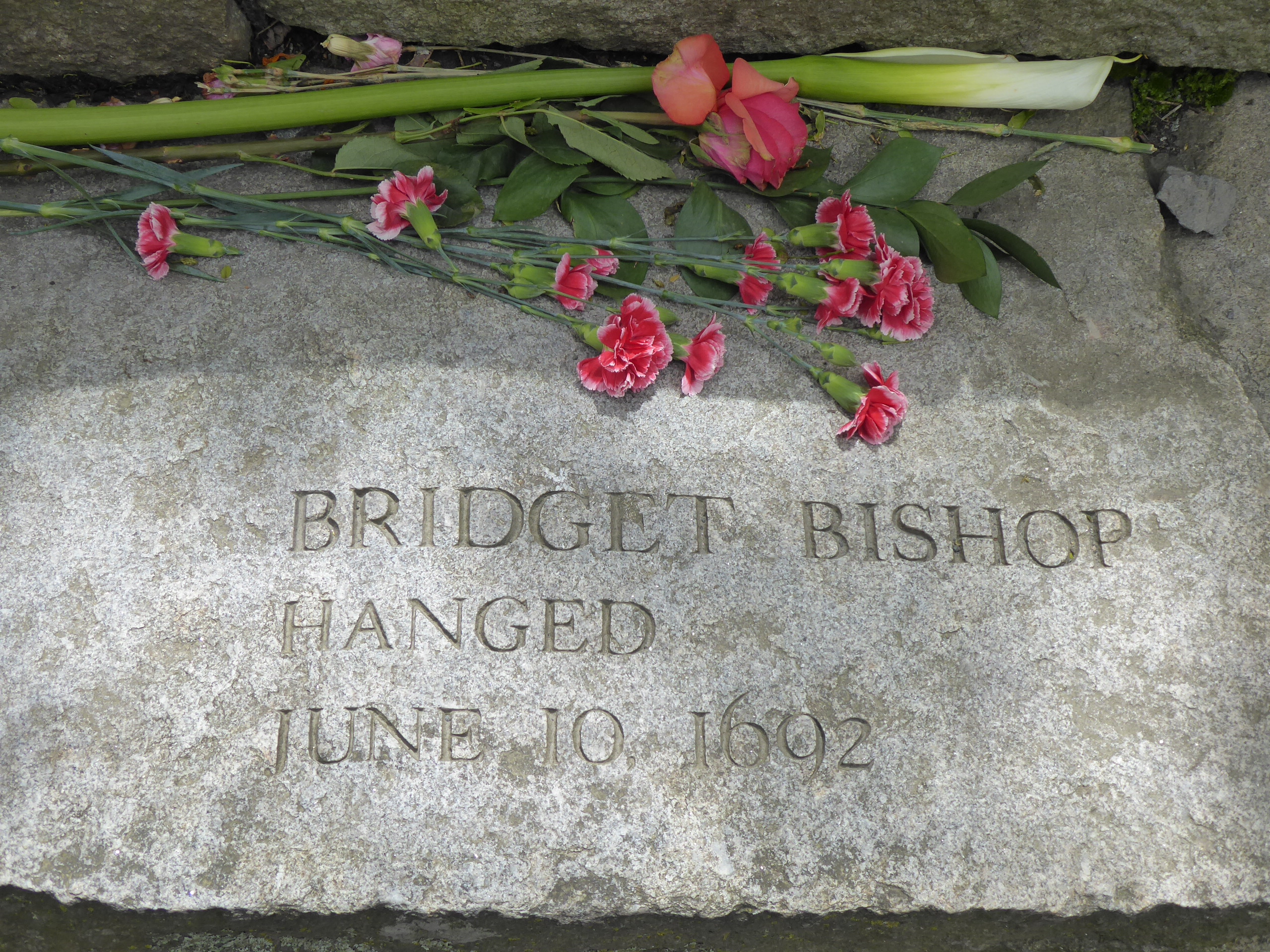 Sadly, these silica deposits, once the tourist sight in New Zealand, are no more. They may exist underwater, but it’s unlikely anybody will ever see them again. No color photos exist, but here’s a painting of the White Terraces: 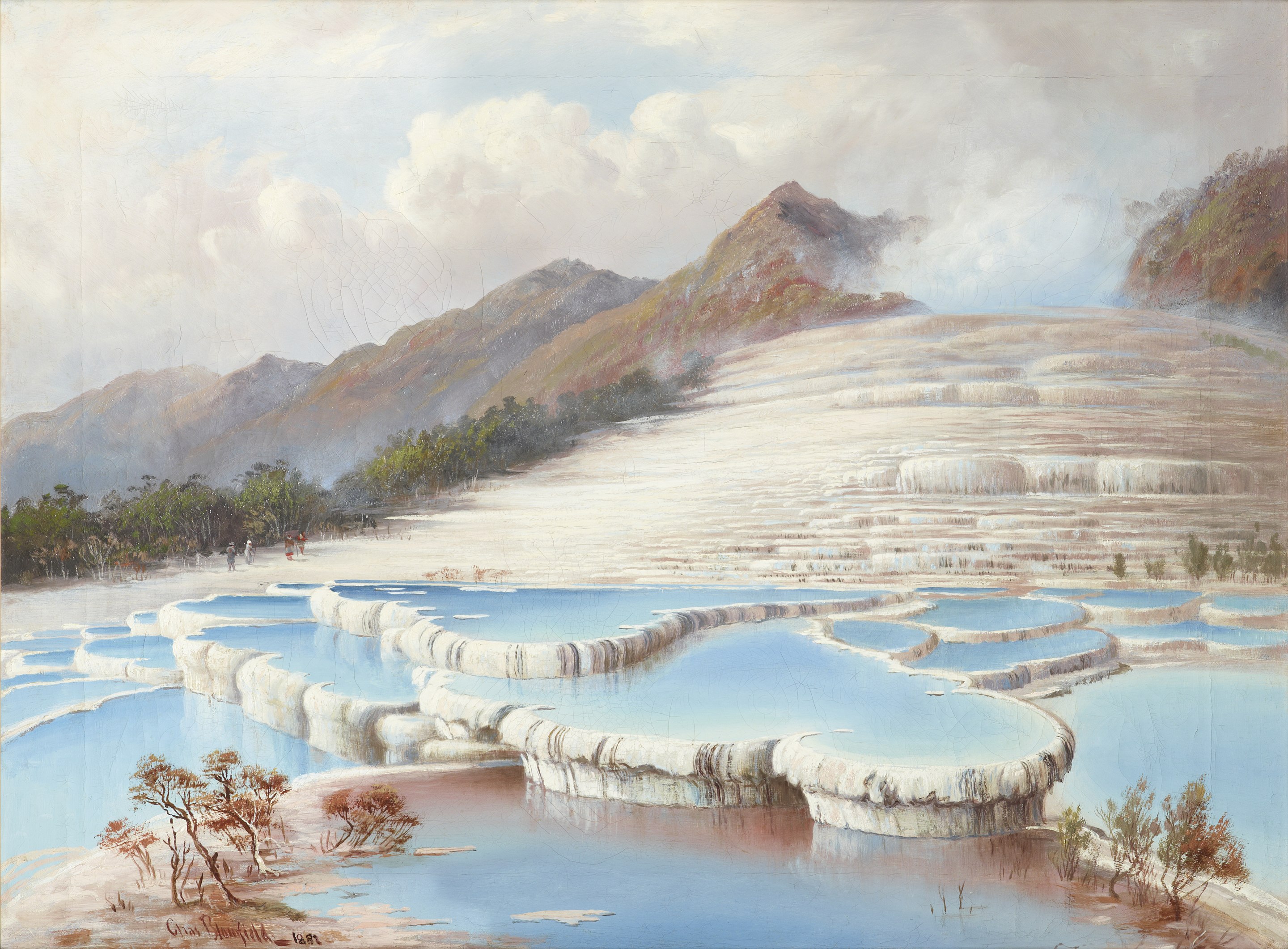 Here’s the Sharif. In the movie Lawrence of Arabia, Alec Guinness played his son Faisal.

Here’s a prototype for the first Saab, the “Ursaab”: 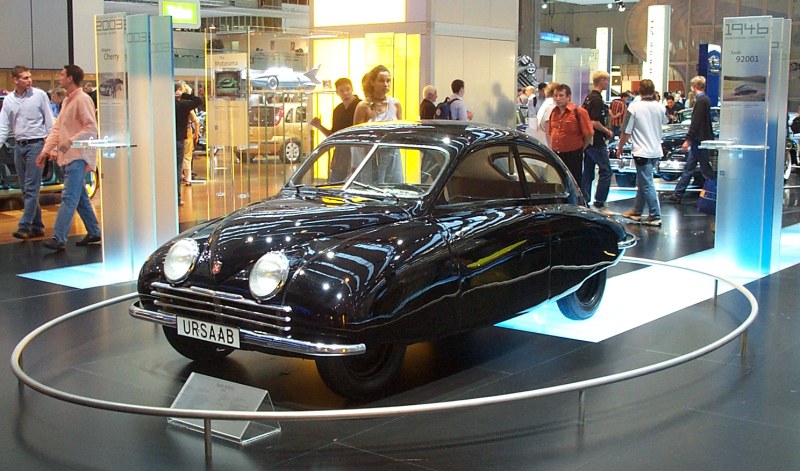 Here’s part of a larger Courbet painting, “The Painter’s Studio: A Real Allegory Summing Up Seven Years of My Life as an Artist, 1854-5“, and there’s a cat: 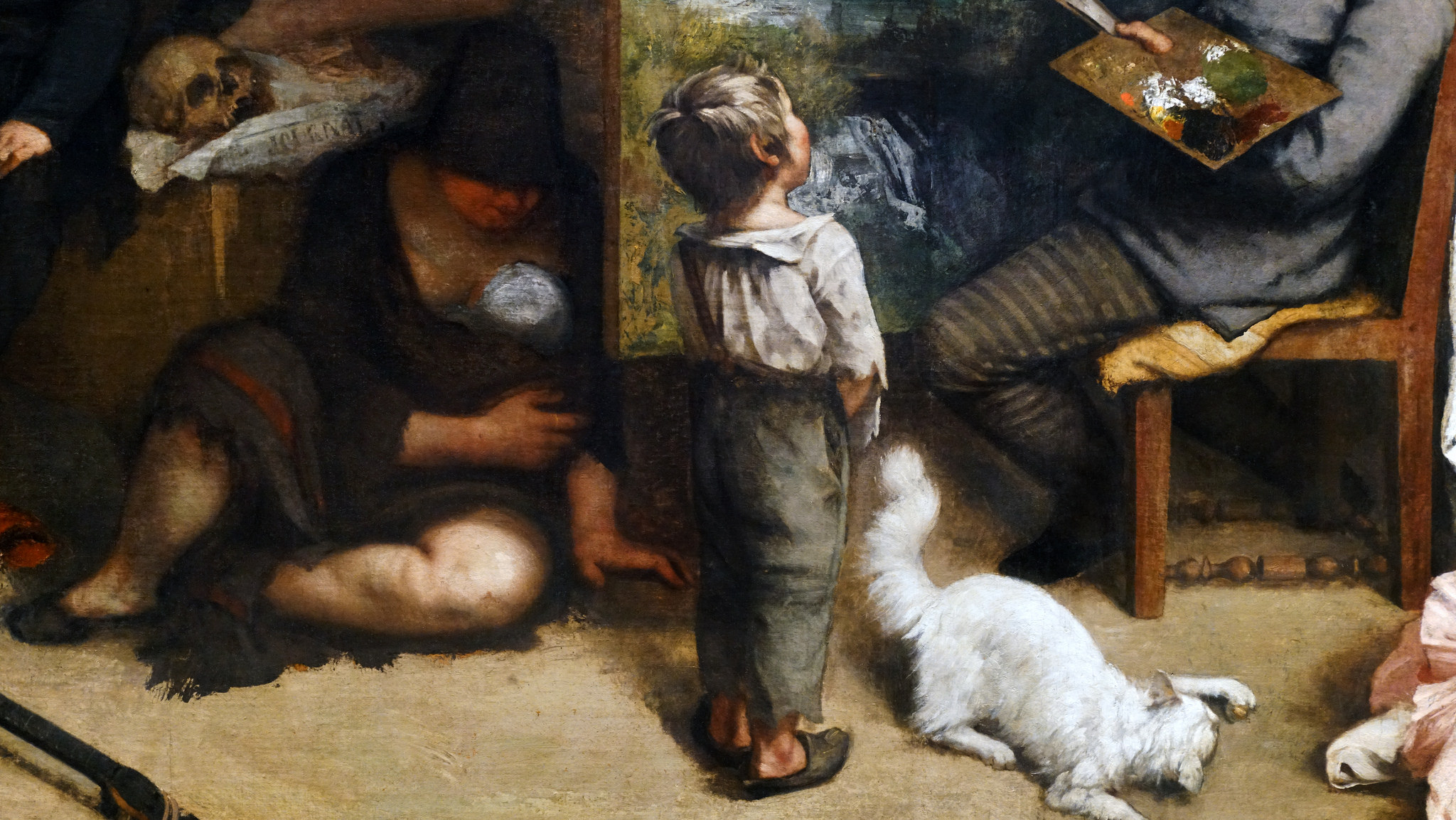 McDaniel was of course the first African-American to win an Oscar: for Best Supporting Actress (in Gone with the Win) in 1940. Her role now makes people cringe, but it was a breakthrough. Here’s her award; note that she says she hope she will “always be a credit to her race.”

Happy birthday to Ed, who is 92 today, the same age as my own Ph.D. advisor (and Wilson’s erstwhile nemesis), Dick Lewontin.  Here’s a photo I took of Ed talking to Patty Gowaty at a lunch for bigwigs (I was a littlewig there) at Harvard in 2007: 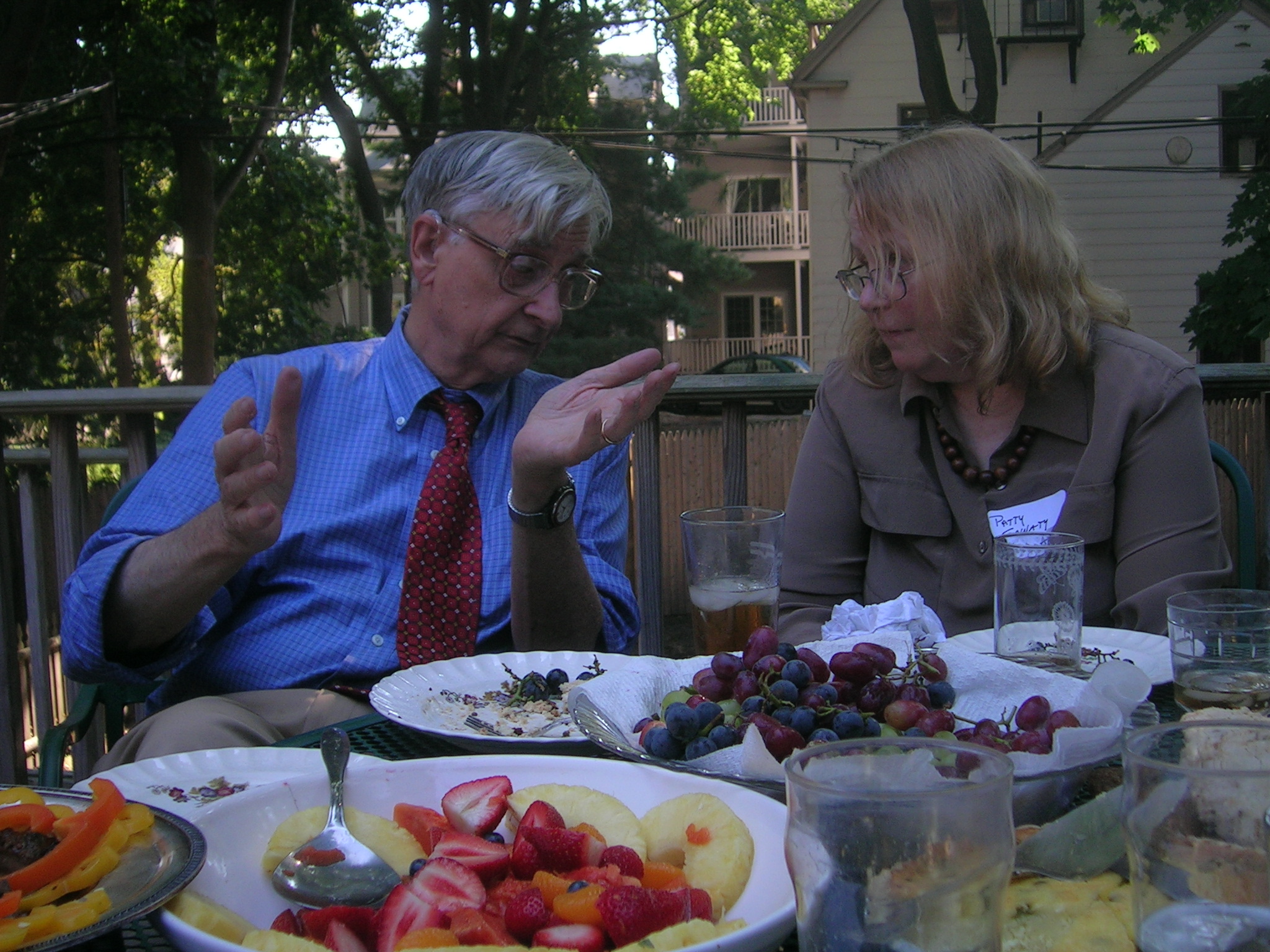 Those who packed it in on June 10 include:

Tracy had a famous, l26-year relationship with Katherine Hepburn though, as a Catholic, he remained married to another. Here are the pair in “Adam’s Rib” (1949):

Meanwhile in Dobrzyn: Hili is watching the birds carefully. 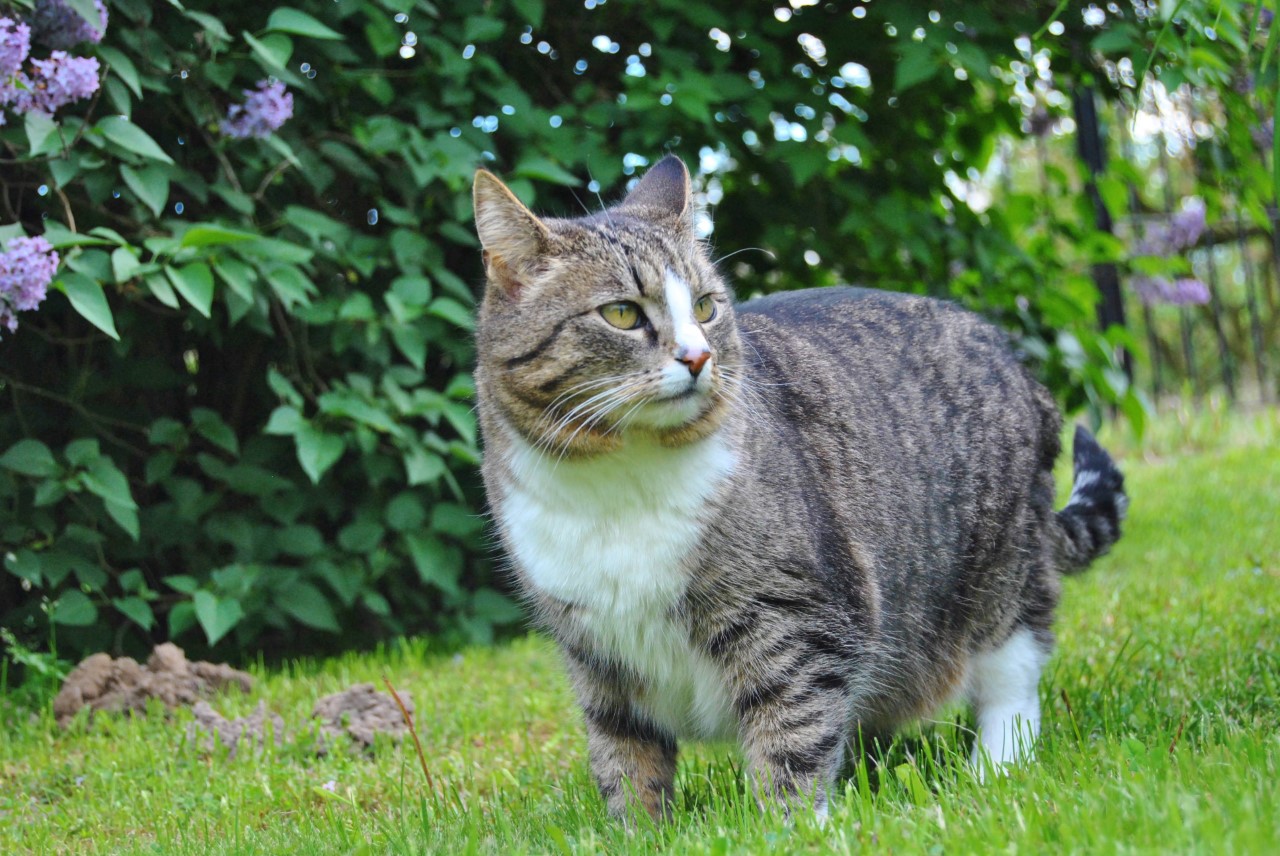 A photo of Szaron by Andrzej; 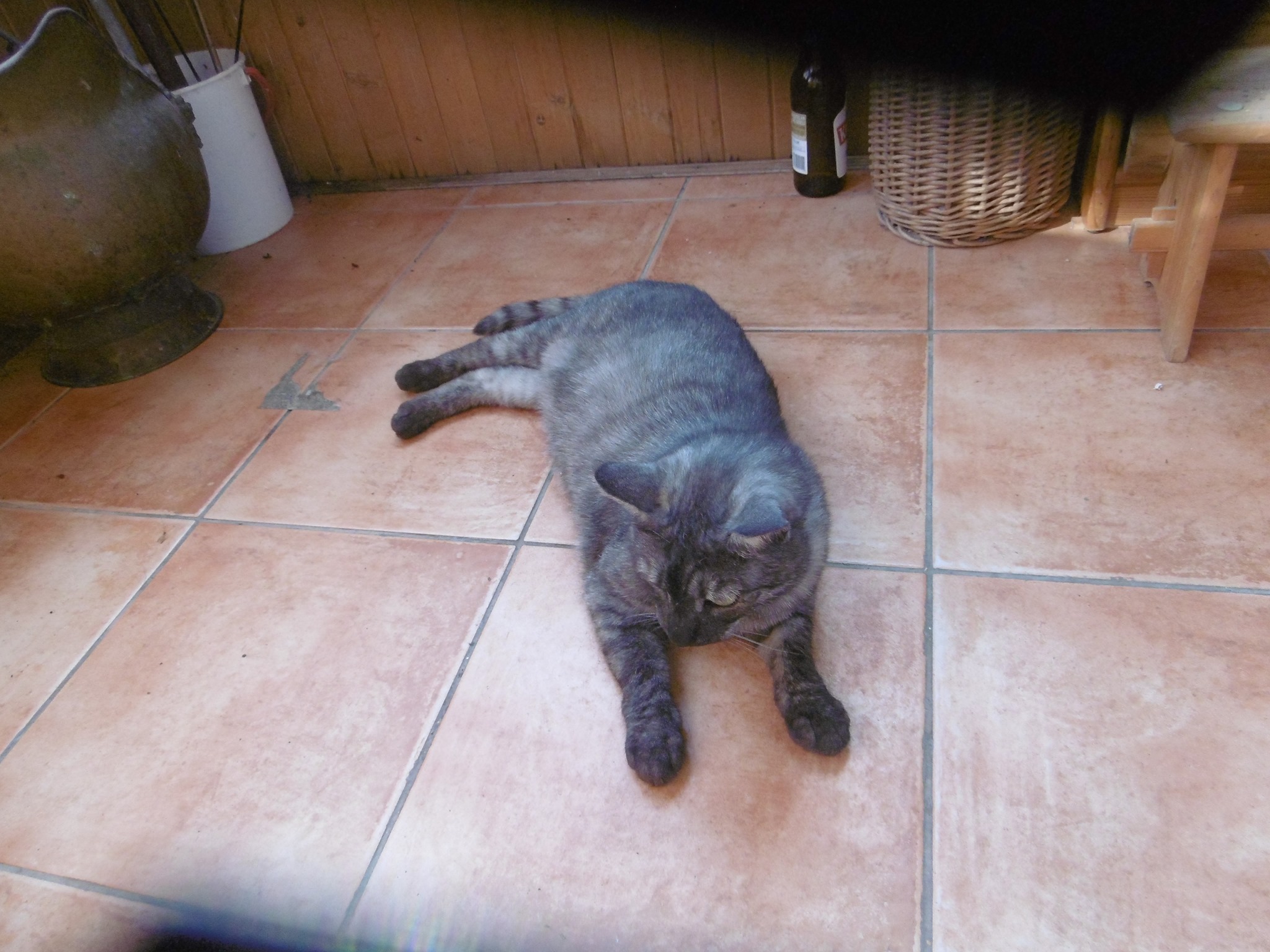 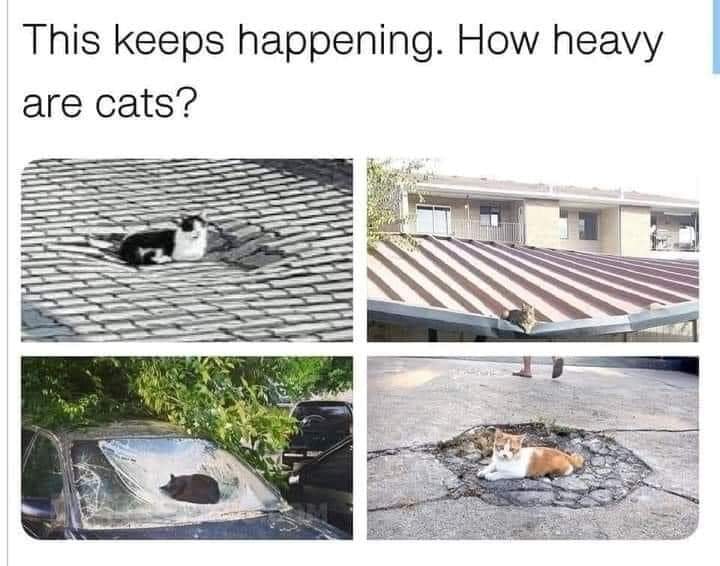 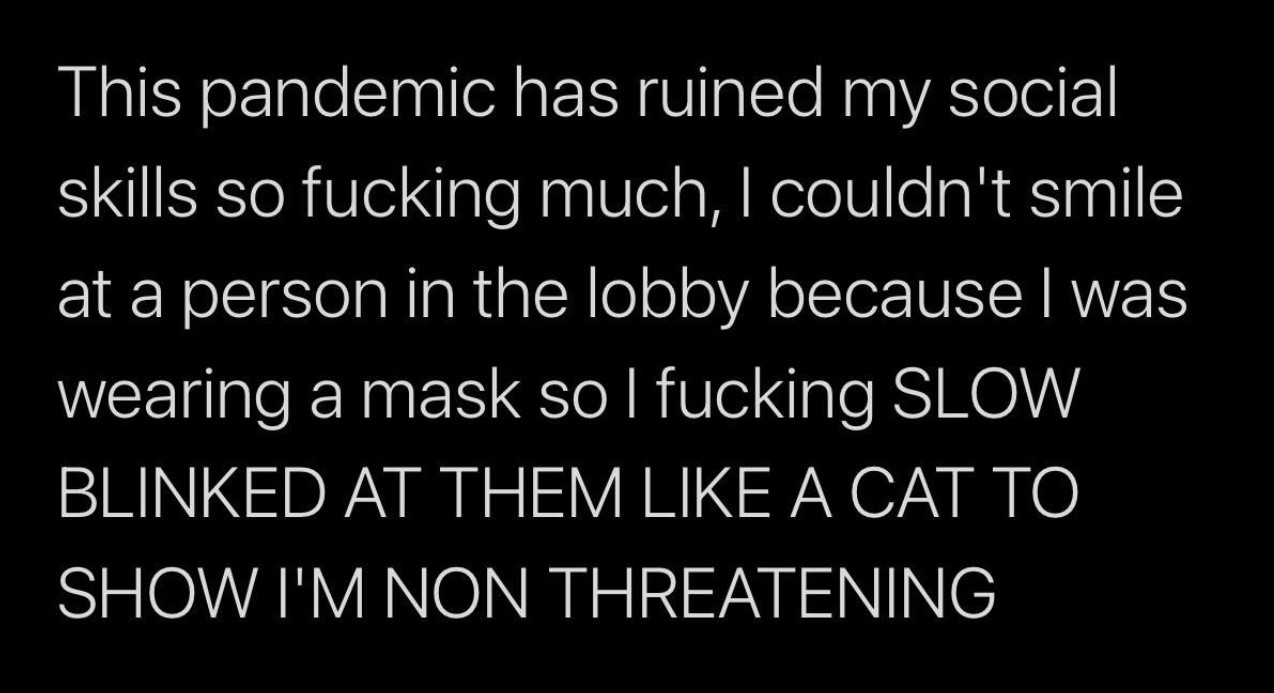 A groaner from Jesus of the Day: 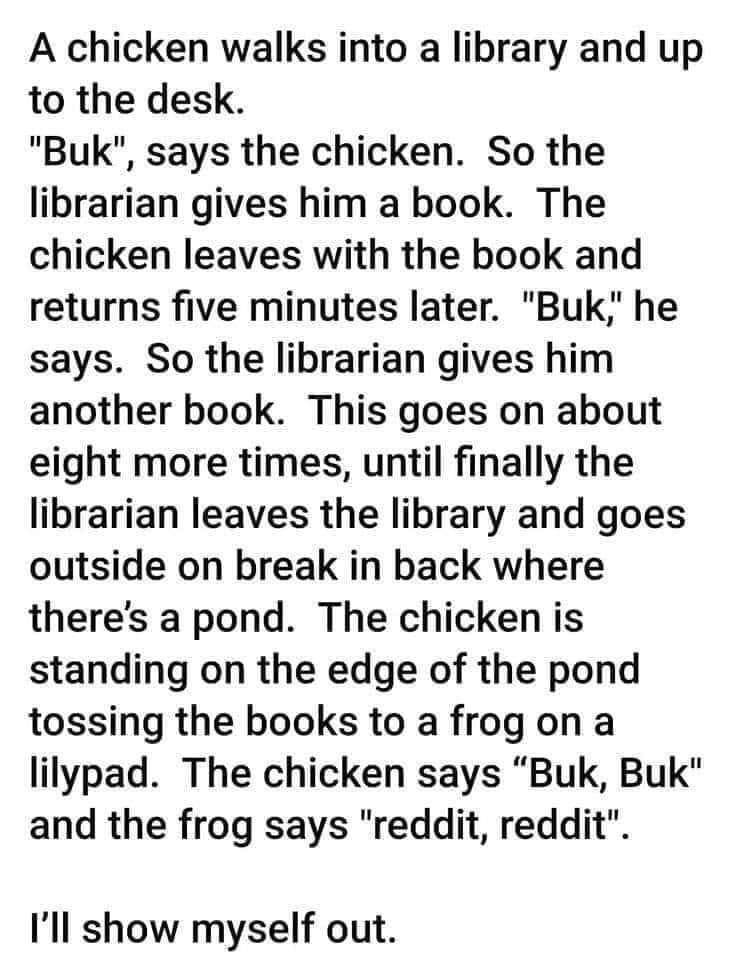 From Titania. A reader sent me this paper from The Journal of the American Psychoanalytic Association, but at first I thought it was surely a hoax (just glance at the paper for a minute!). But it seems to be real! The world is going to hell. If any reader wants to navigate the paper and report back in the comments (free link in the previous sentence), you’re welcome to do so.

If anyone needs proof that white fragility is real, just show a white person this article and see what happens…

It never ceases to amaze me how defensive white people get when you point out that they're all parasites. pic.twitter.com/MDPXR8N2Mo

From a reader. I suppose this kind of word salad is why Kendi refuses to debate anyone who disagrees with him:

In which academic discipline is this circular, naive, deer-caught-in-the-headlights response to a basic and urgent question considered insightful or excellent?

A national culture exempting this (which, sadly, is typical of him) from judgment is unintentionally racist itself. pic.twitter.com/n493NpjFmx

“Ultimately, we conclude that punctuated equilibrium did not represent a major revolution in evolutionary biology – although debate on this point stimulated significant research and furthered the field – and that Neo-Darwinism is alive and well.” https://t.co/Sh5TsDkeTF pic.twitter.com/tAozCjIxOp

Also from Luana. I’m not a big fan of Greenwald, but here he highlights on area in which liberalism is getting devoured by termites. I wrote about the ACLU article here.

Tweets from Matthew. Keep watching this video, and tell me how many shelduck ducklings you see. I wonder if any were kidnapped?

We see your seven shelducklings… and we raise you… quite a few! (watch till the end to get them all)
#Springwatch @BBCSpringwatch pic.twitter.com/yESh1YrY9c

Damselfly playing peekaboo around a stem of grass this morning

I've photographed them doing this before but this is the 1st time I've video it! pic.twitter.com/UM6F5V9nRW

Just when you think people can’t get any loonier about the COVID vaccine:

OHIO: Anti-vaccine *expert* witness claims vaccine causes forks and keys to stick to your forehead and it’s linked to 5G network towers…. Up there trying to out-Tennessee us! 😵‍💫🥴 pic.twitter.com/GdbQZHrdLv