Please send in your good photos, as I always have need of more.

First, a video from evolutionary biologist Iñigo Martinez-Solano, who sent in some amphibian photos in December. Now we have a video:

Last December I contributed some amphibian pictures to your website, including two of Iberian midwife toads [Alytes cisternasii], which have a unique reproductive biology with male parental care of the eggs for about a month, after which they release the tadpoles in ponds and streams. Recently I had the opportunity to take a video of a male releasing the tadpoles and I thought you might be interested in sharing it with your readers:

And we have two photo contributions today, the first from Charles Schwing. You can enlarge the photos by clicking on them:

Some pictures from our backyard in Napa, CA. Our lot backs on to Redwood Creek, which is seasonal this far down from its source and deer use it as a main thoroughfare. We often see more than one deer at a time, but  this is the record holder: 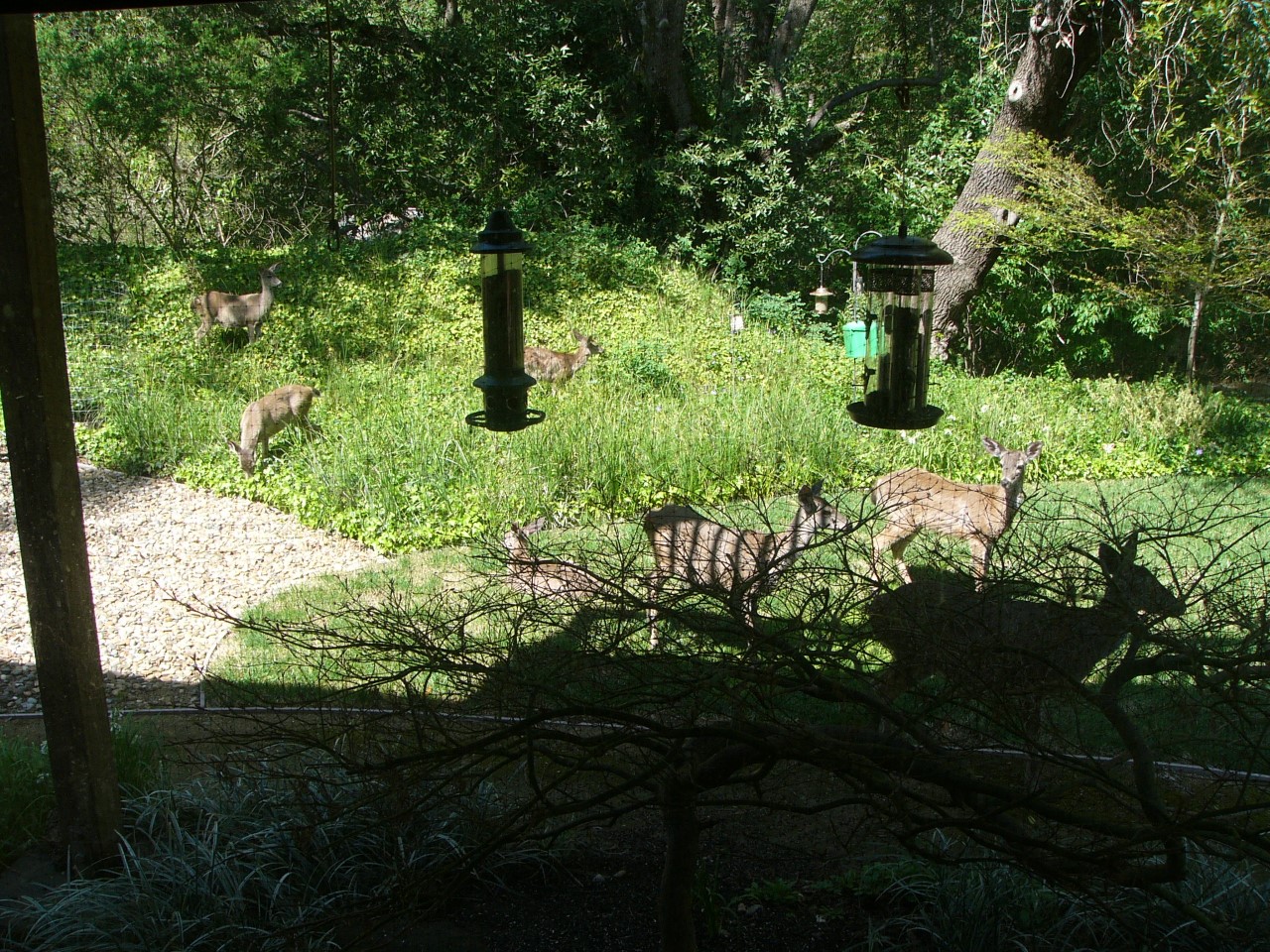 We see males together more than we expected. Here are several in velvet. BTW, the ugly green plastic container on the steel post is an improvised but effective squirrel deterrent, keeping them out of the bird feeders. 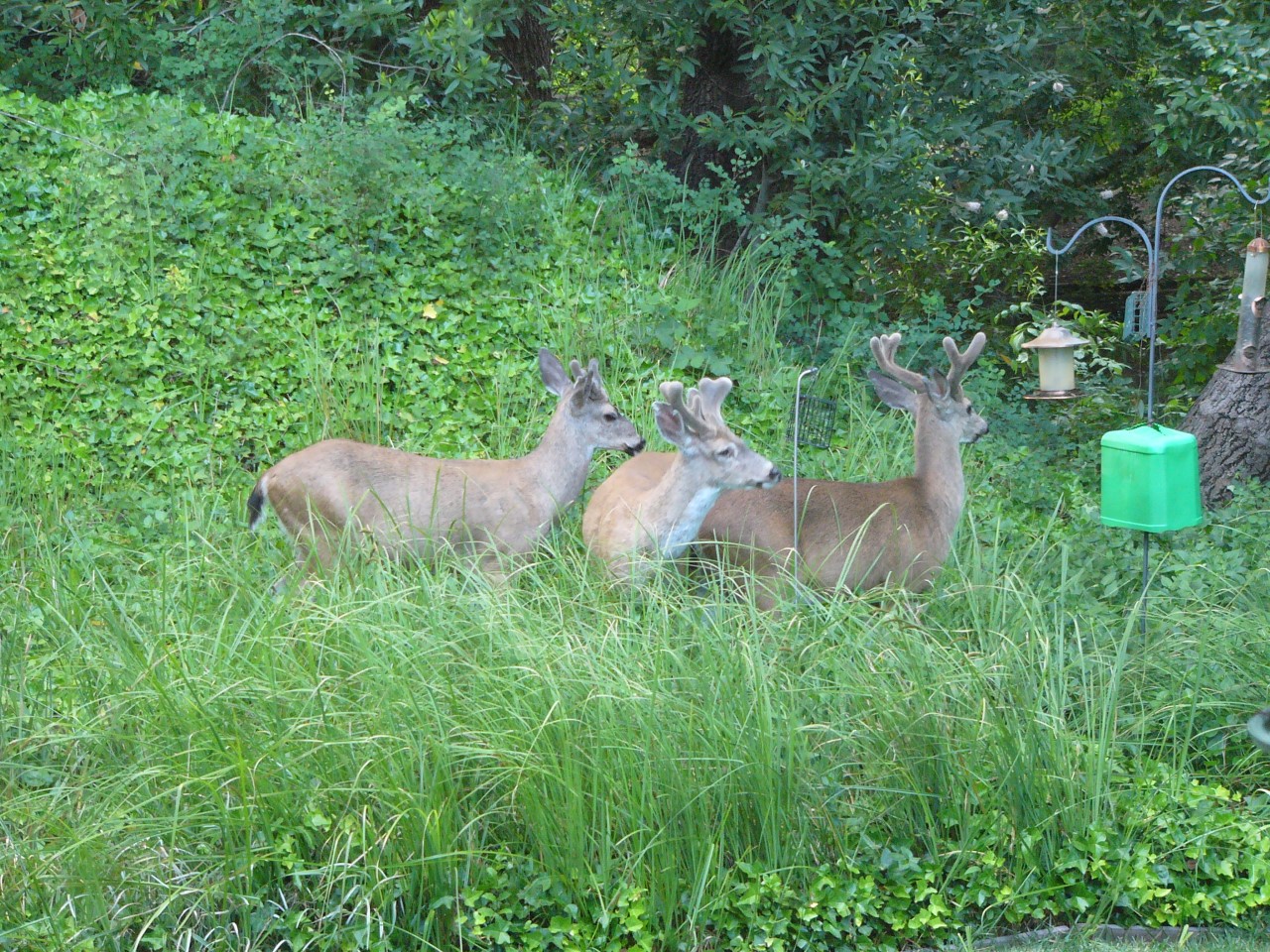 Speaking of bird feed, we put some seed on a table so it would be accessible to birds (mourning doves, for example) that haven’t mastered feeders. This deer had other plans. 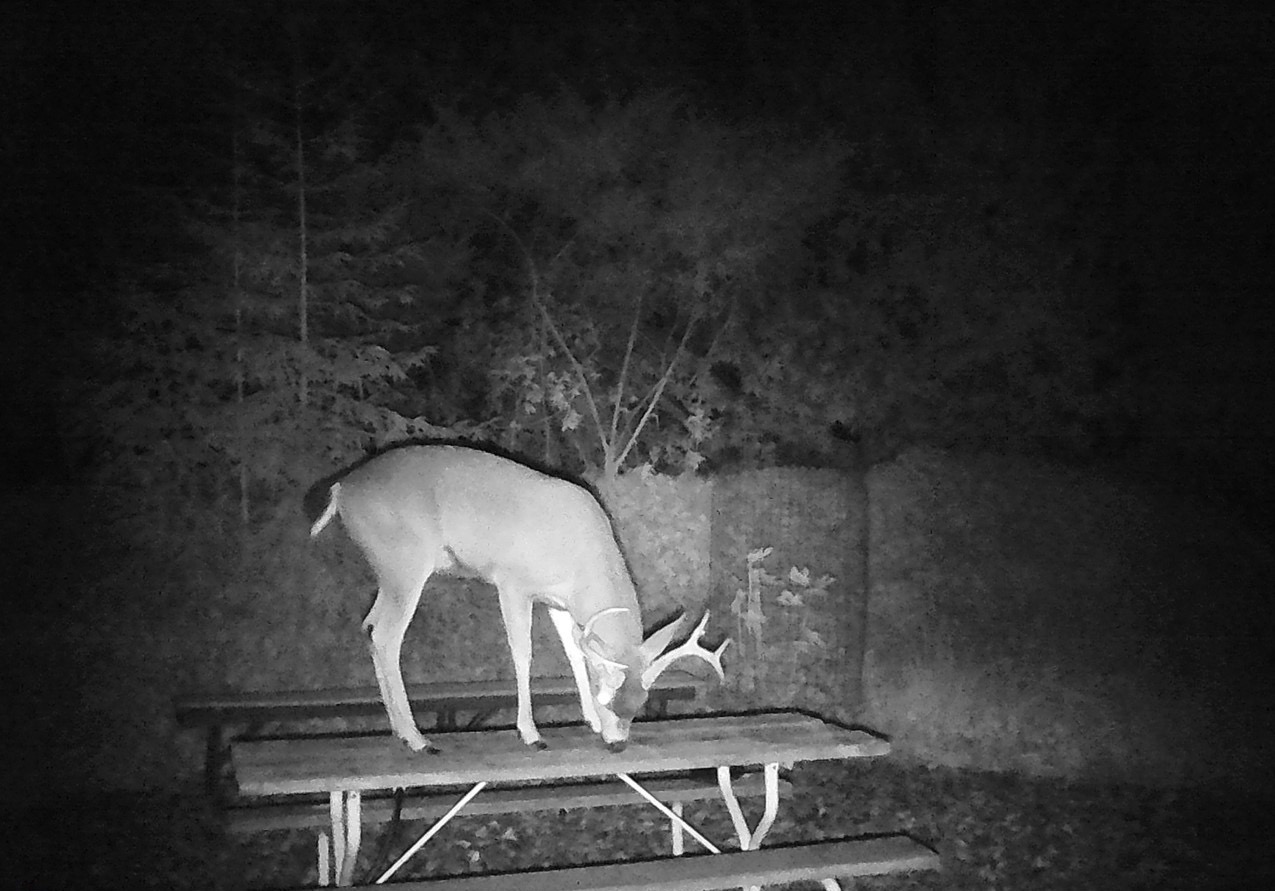 And a plant, a cactus from reader Linda Calhoun (photo by her husband John) that she can’t identify. Can readers help?

John took this yesterday (May 30).  It’s under a tree along the driveway.  It’s not a common species, so I can’t ID it, but it bloomed suddenly, which is how John found it. 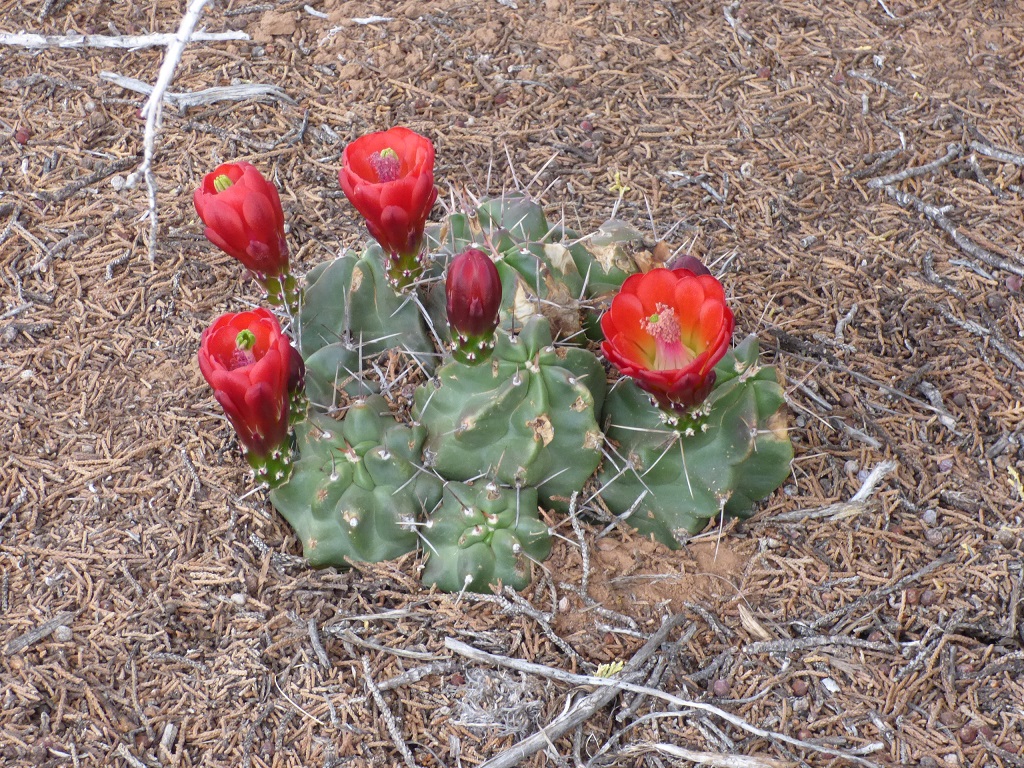