Today we have more  travel photos from Anne-Marie Cournoyer of Montreal, who guided treks all over the world. Her captions are indented, and you can enlarge her photos by clicking on them.

Souvenirs from hiking trips I guided in 2004.

I visited the « pays Basque»  a few times, and remember it as always green. Guess why! One must not forget to carry an umbrella!

When I was scouting in May, the skies were mostly clear. On the other hand, September was more moody and gray, creating a mysterious ambiance that delighted my clients hiking under the rain.

The Basque country is situated in the western Pyrenees, in adjacent parts of Southwestern France and Northern Spain. Both sides have been sharing the same language, culture and traditions for centuries.

The Basque language might be one of the oldest language spoken in Europe; it has nothing in common with French and Spanish 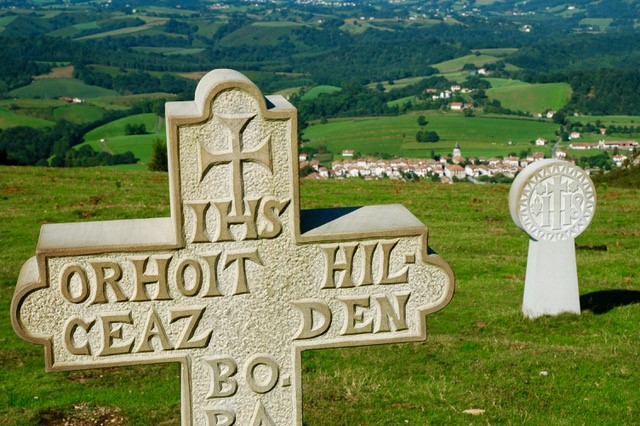 Meeting a Pottok on La Rhune, a mountain tied to Basque mythologies. The Pottoks are semi-wild ponies roaming the Pyrenean pastures. Notice the gentleness of my client: presenting himself and letting the horse decide whether or not to make contact.  One should never impose on a horse. A true relationship emerges from a dialogue, not a monologue. 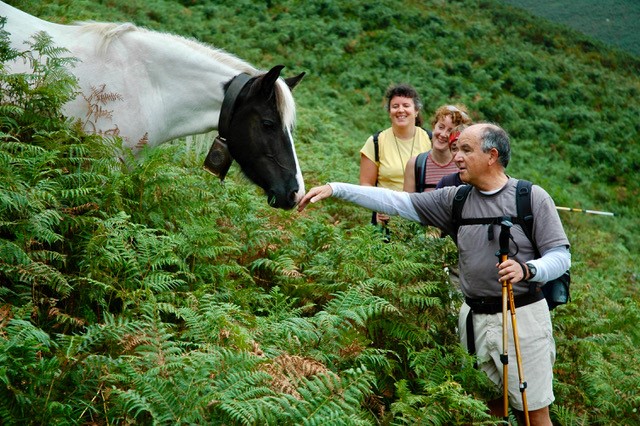 Rain is in the air: a typical old Basque house. 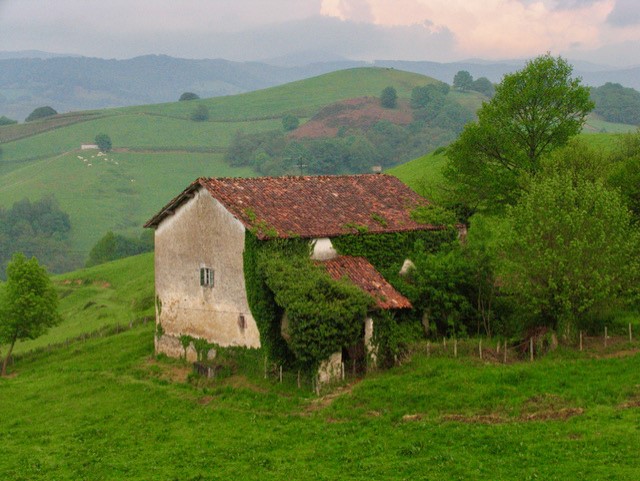 Walking on the GR10 (hiking route) toward Ainhoa. GR is an abbreviation for «  Grande Randonnée » which means « long distance hike » . This hiking trail runs the length of the Pyrenees, parallel to the Spanish border. 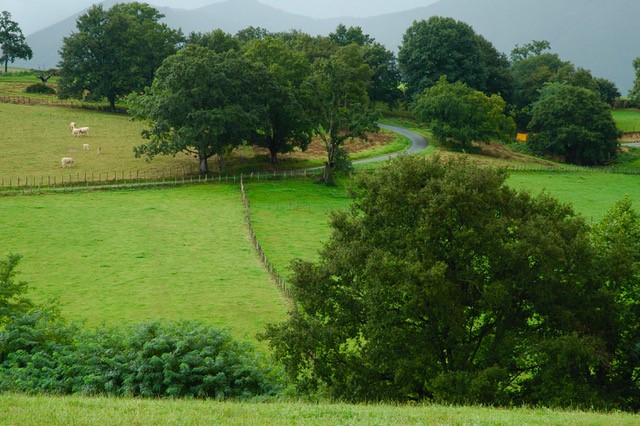 The red and white lines found along the trail signal that we are on a GR route and the direction to follow.  The 2 other signs refer to the Camino de Santiago Compostella road. 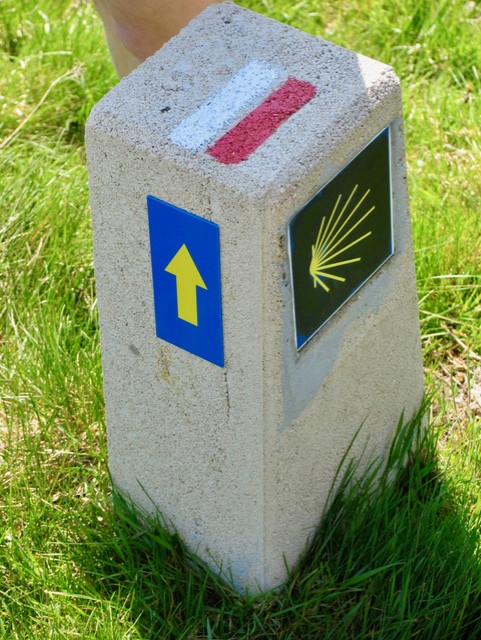 «  Les Aldudes »  is a French village and a valley situated in Spain. The region’s pastures are administrated by France, which is paying a rent to Spain. Every year, at the end of May, the transhumance begins. 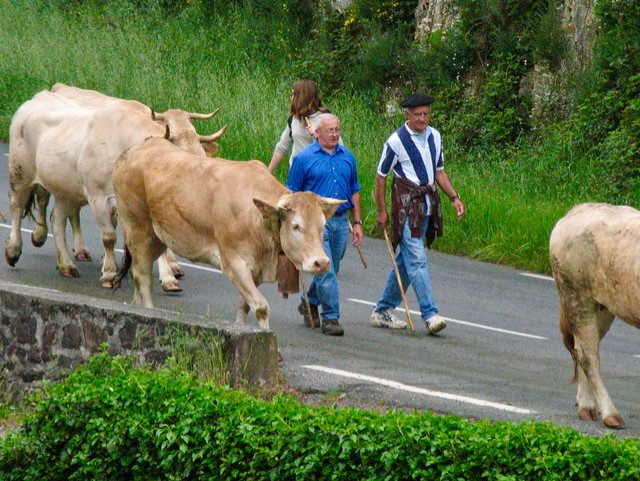 Cattle are marked with a red iron before being led to high pastures for the summer. 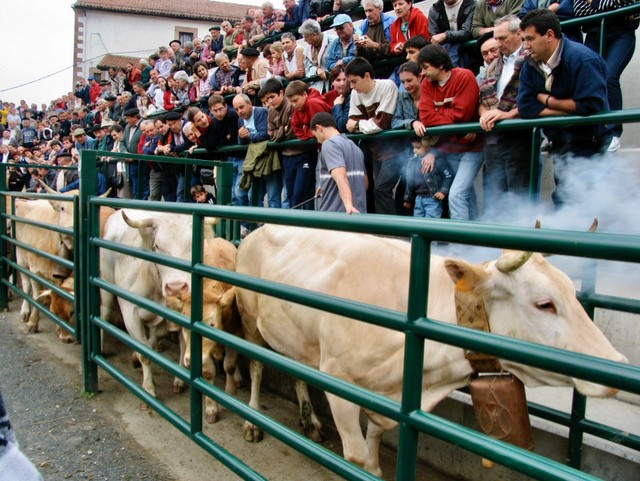 Crossing the Pyrenees from St-Jean-Pied de Port to Roncesvalles, one of the most beautiful hikes in the Basque Country. 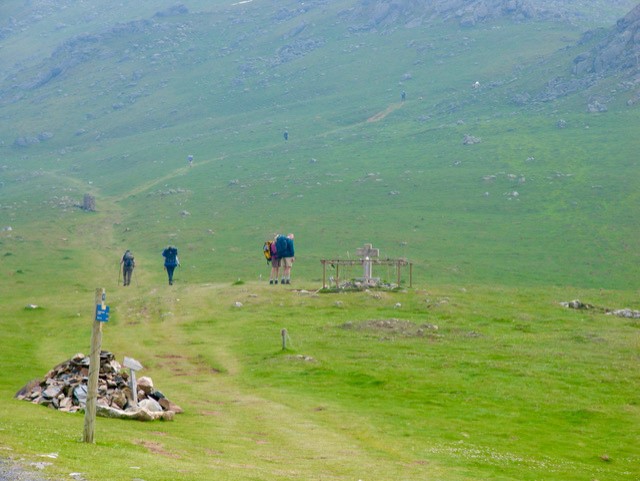 Entering Spain on the Camino Frances toward Santiago de Compostella.  I took the next two pictures on the way down. Same hour of day, very different weather. 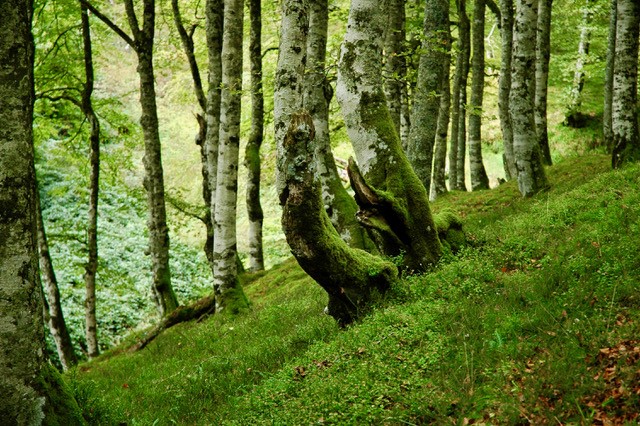 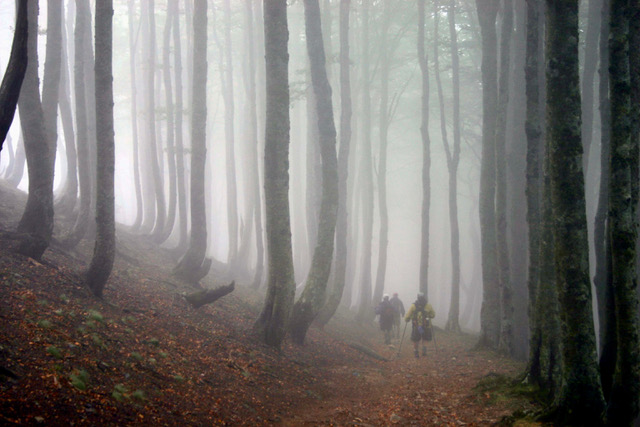 Entering Spain on the Camino Frances toward Santiago de Compostella. 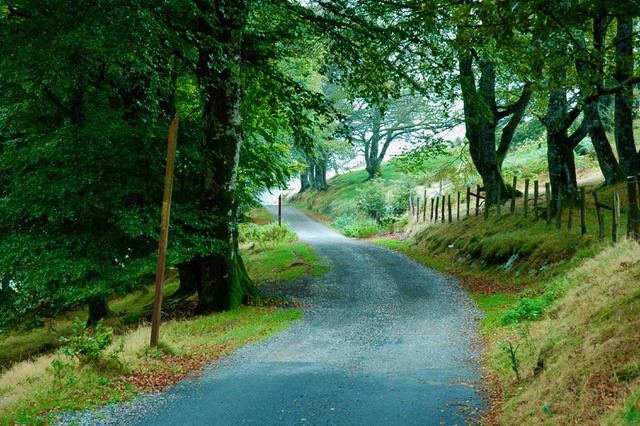 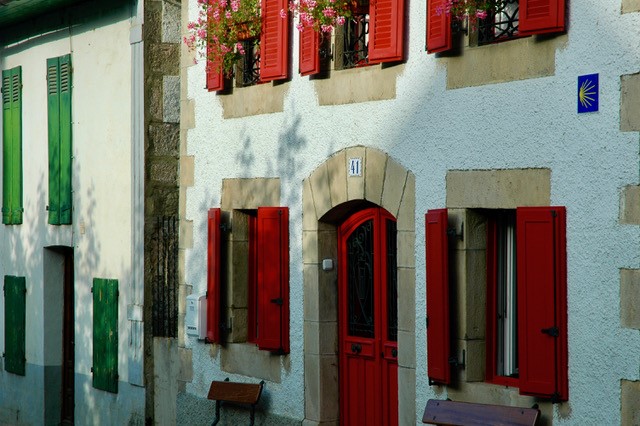