Today’s photos come from reader James Blilie, whose notes and captions are indented. You can enlarge the photos by clicking on them.

I keeping with the theme theme, I call this set “close encounters”. All are taken in the Rocky Mountains of North America and all are close encounters with wildlife found there.  I’m not really a wildlife photographer.  These were just lucky encounters while hiking and backpacking in the parks.

None of these photos are taken with a telephoto lens.  Every one in the first batch from the Canadian Rockies was taken with a 50mm lens (“normal lens”) on 35mm Kodachrome 64 film. Of the second batch, one is even taken with a wide-angle lens.

First, from Jasper and Banff National Parks and Mount Robson Provincial Park, in September 1981, a series of scanned Kodachrome images.  September seems like a spectacular time to view wildlife in these vast and beautiful parks.  (Equipment:  Pentax K-1000 or ME-Super and Pentax M 50 mm f/2.0 lens) 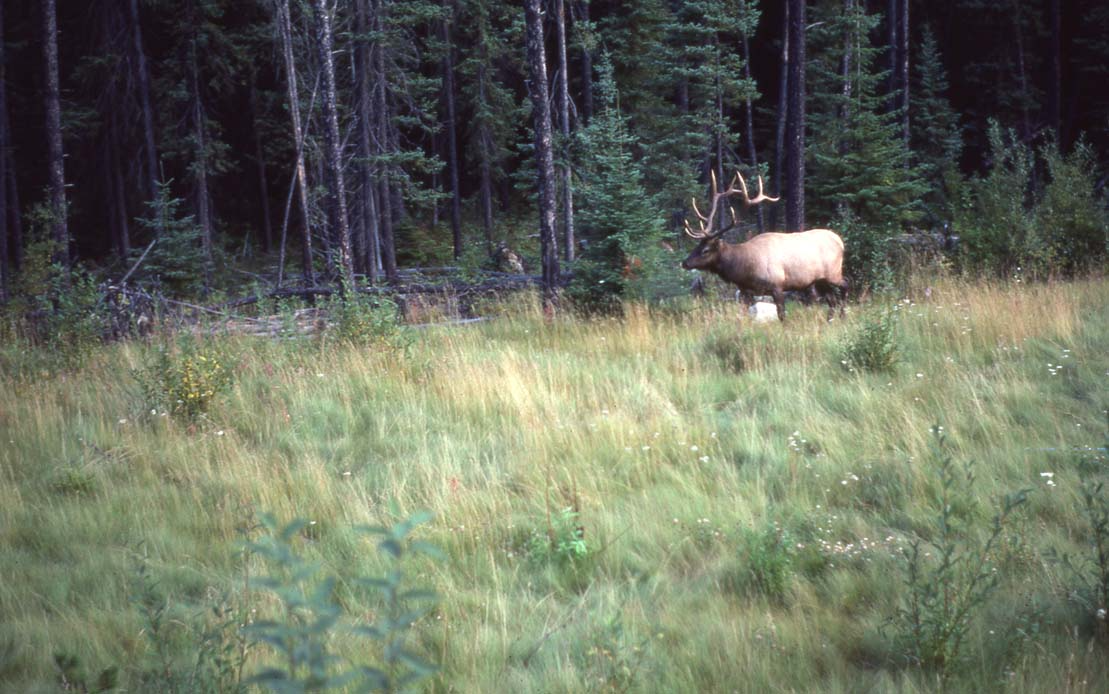 Next, a large group of stone sheep (Ovis dalli stonei), you can see the proximity to the road. 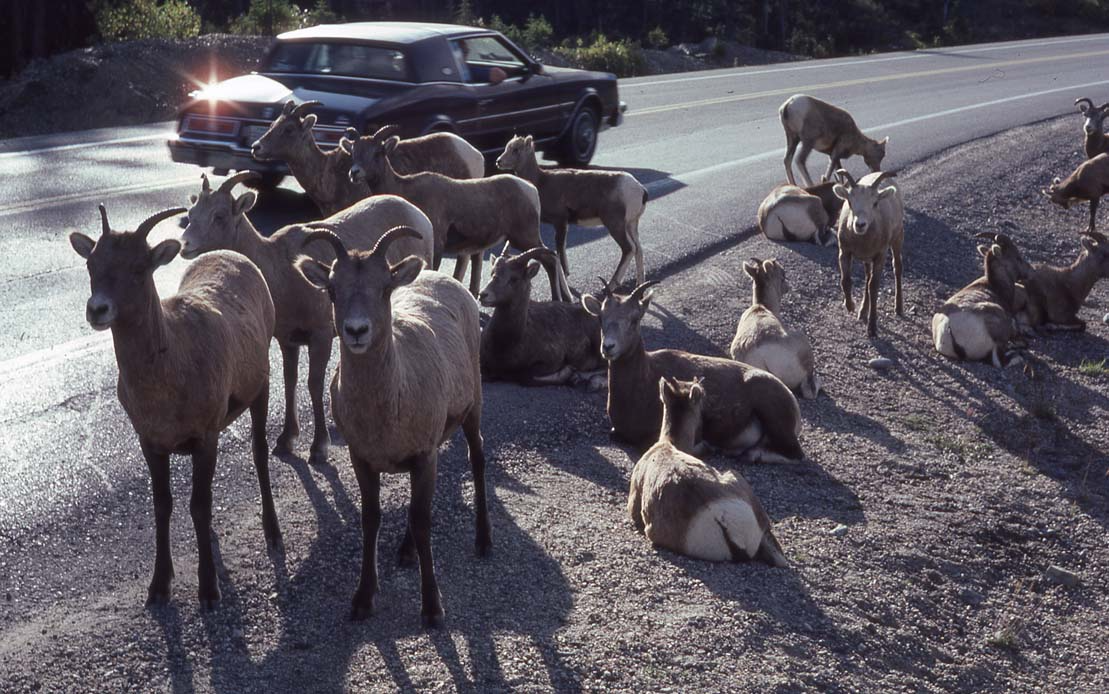 Next, a series of my friend and I photographing a group of Mountain Goats (Oreamnos americanus) (These are neither goats nor sheep of course.)  We saw this group of goats and sat down in the direction they were traveling and they walked right past us.  My friend was lucky to encounter a curious youth. 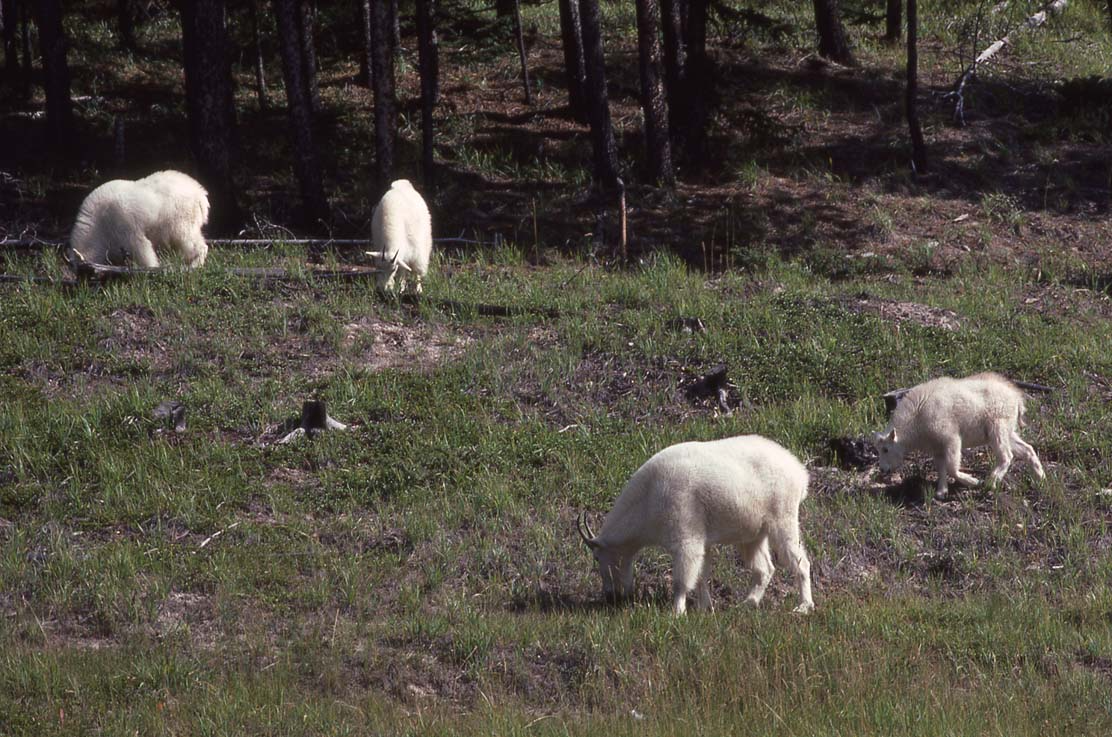 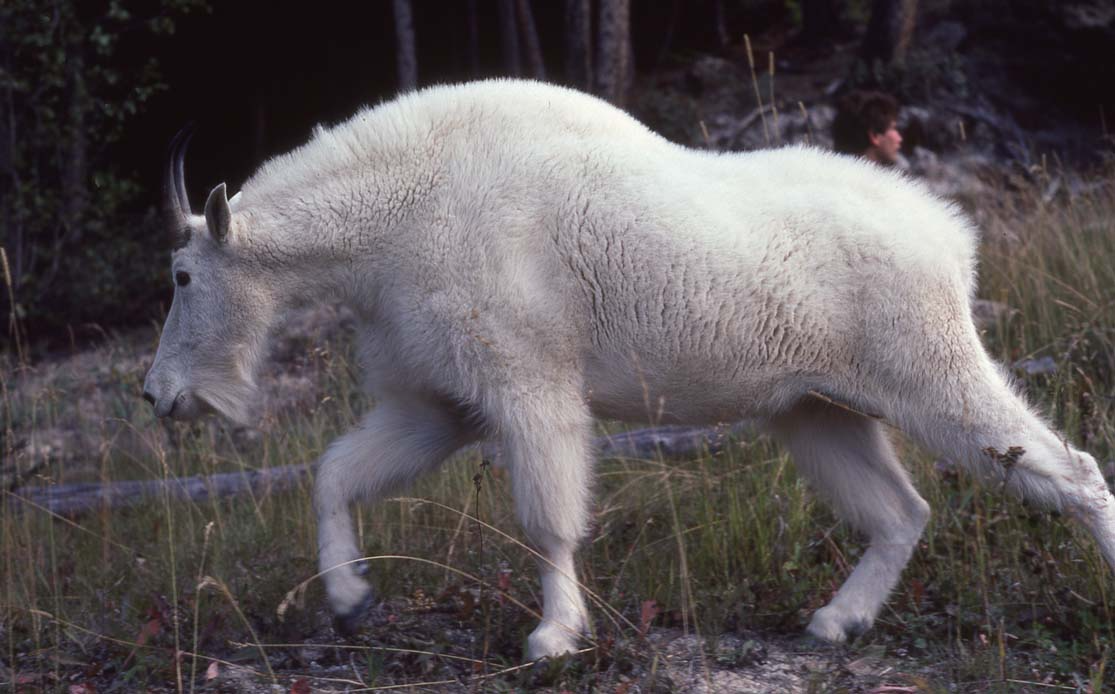 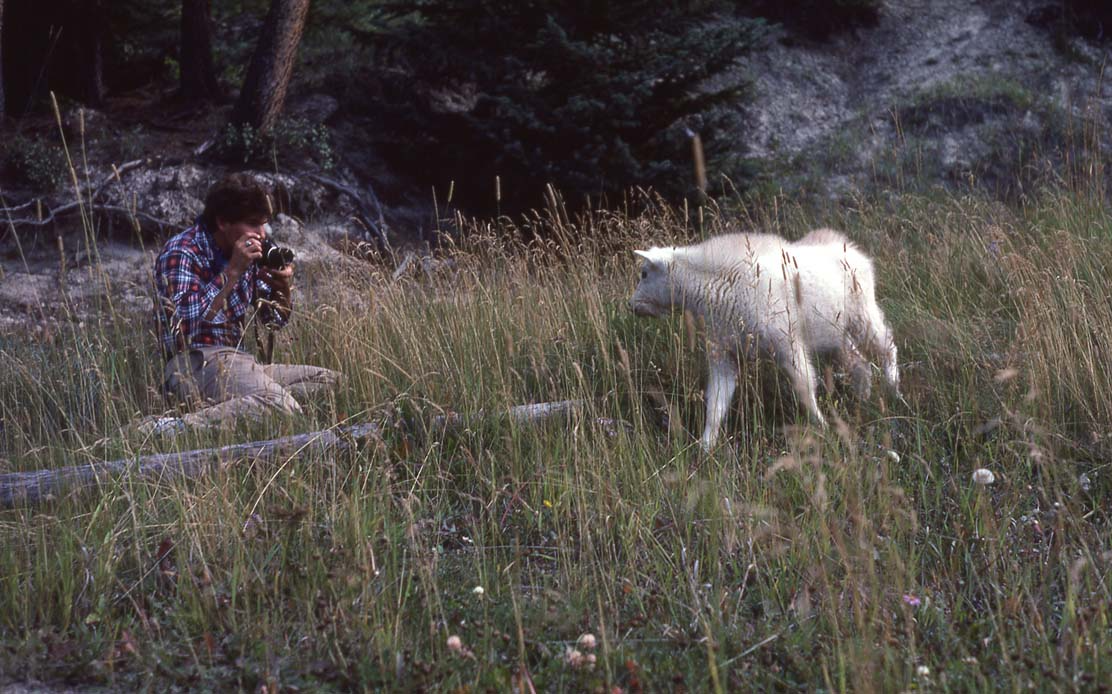 Next a bull moose (Alces alces).  I can’t recommend getting close to these; and in northern Minnesota I’ve been aggressively threatened by them  Luckily in those cases, I was in a canoe and they were unable to approach us! 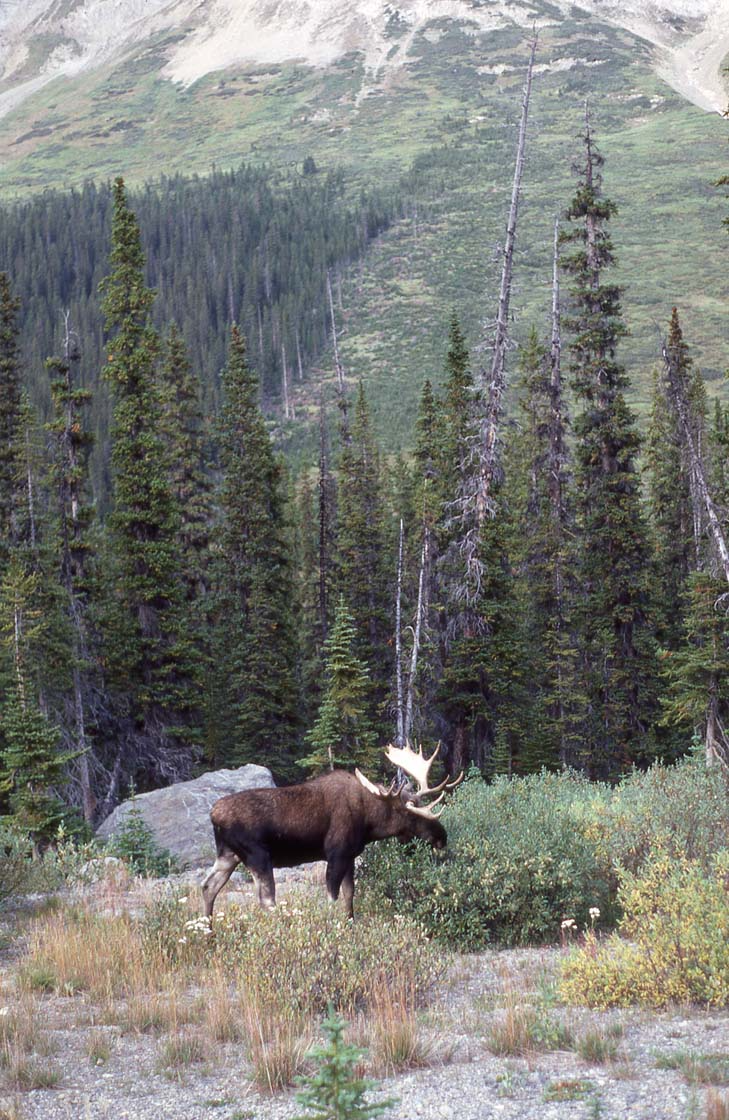 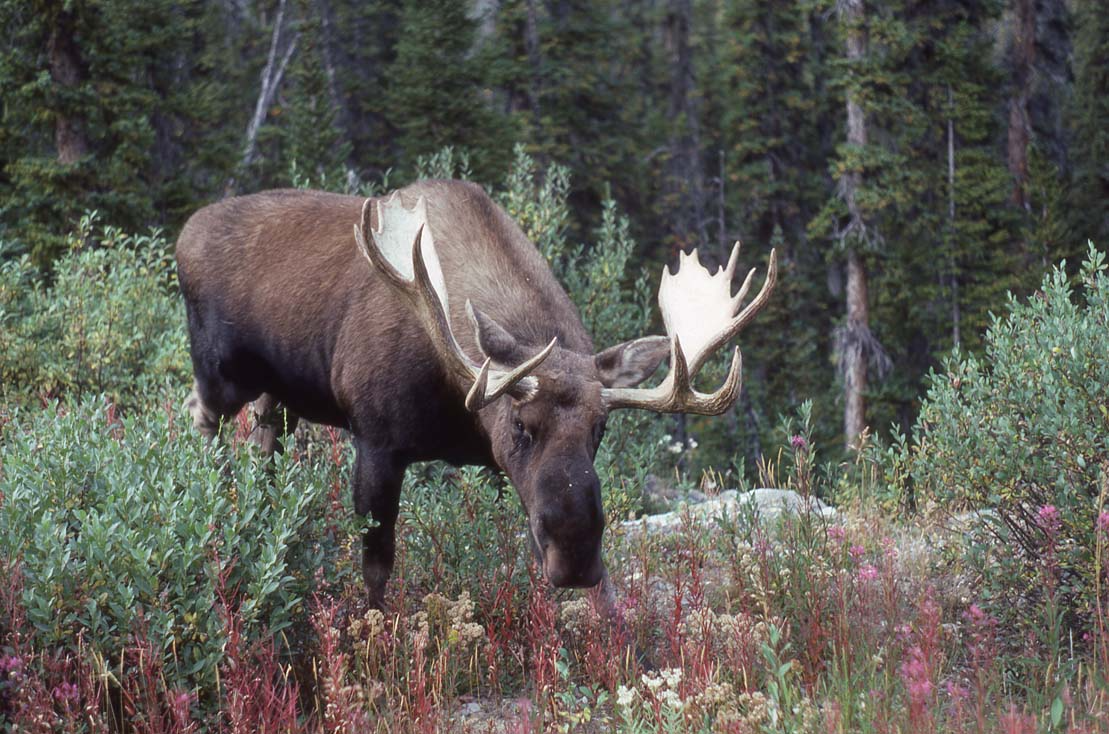 Finally from the Canadian Rockies, a couple of views of what the local scenery looks like. 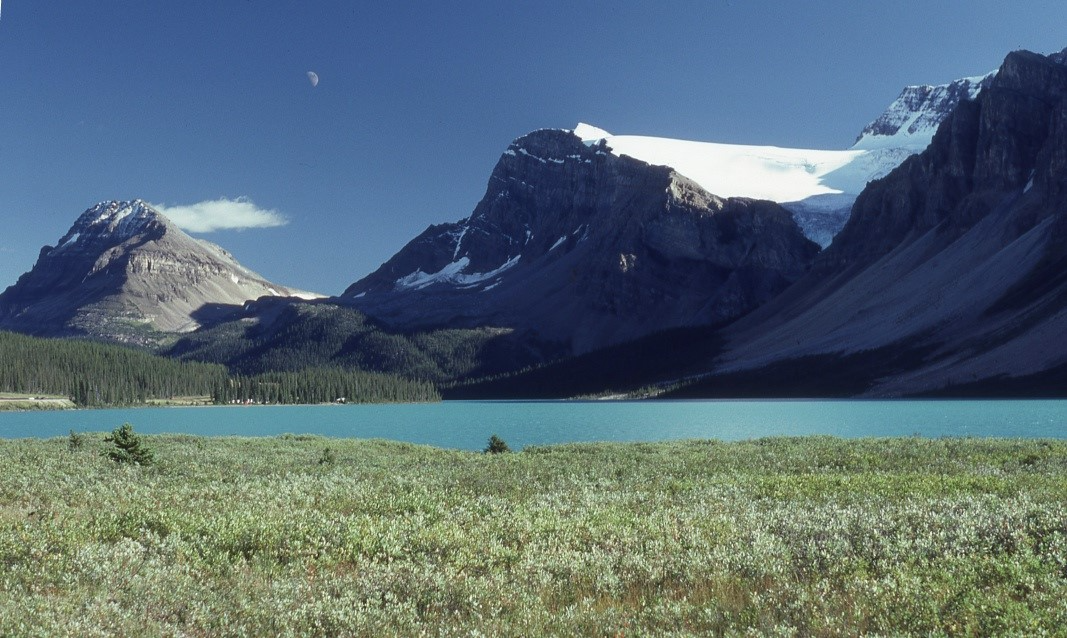 And spectacular Mount Robson from the shore of Berg Lake. 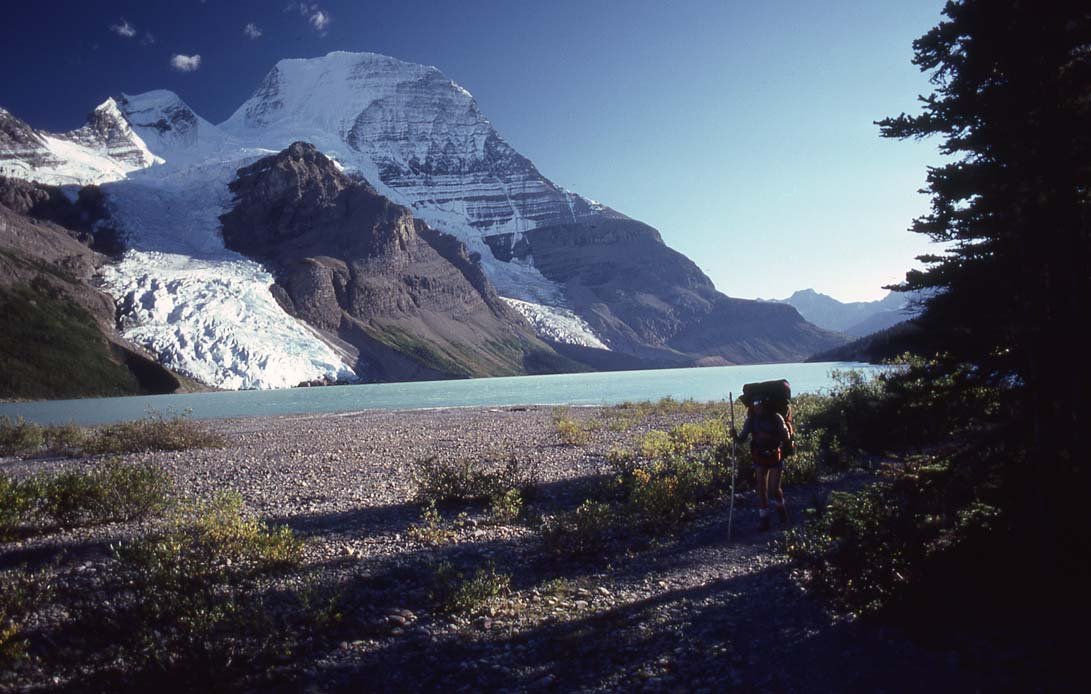 Next are a few from our (USA) northern Rocky park:  Glacier National Park, in 2006, when my son Jamie was 2 years old.  He could hike with us even then!  (Equipment: Pentax *ist DSLR and some entry-level lenses.  I hadn’t really converted to digital at this point.  I’m a late-adopter.)

The first two are another close encounter with a Mountain Goat (Oreamnos americanus). We were sitting eating our lunch and a group walked past, including this large male: 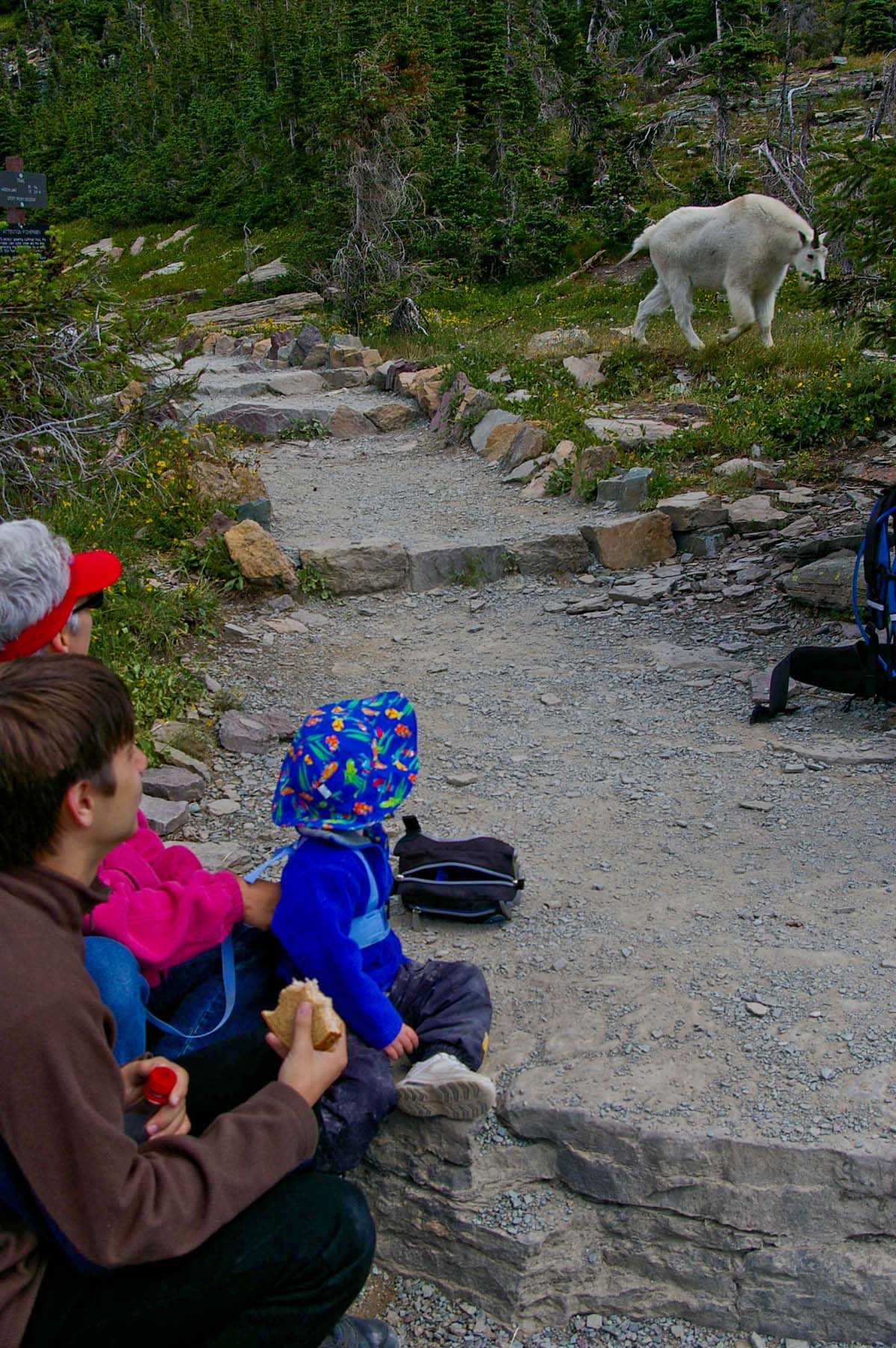 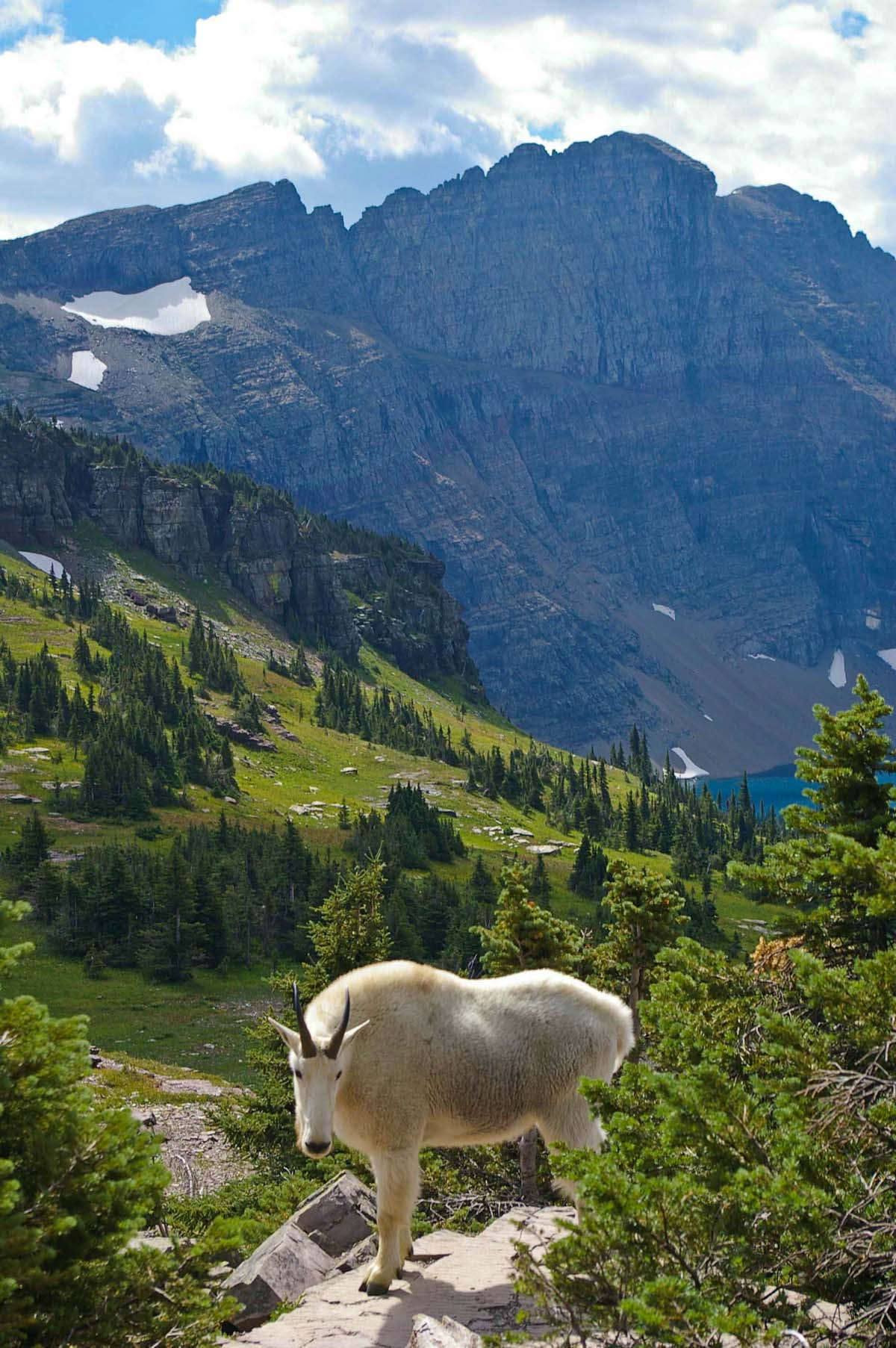 Finally, another scenic view from Glacier National Park.  This is on the Sunrift Gorge Hike. 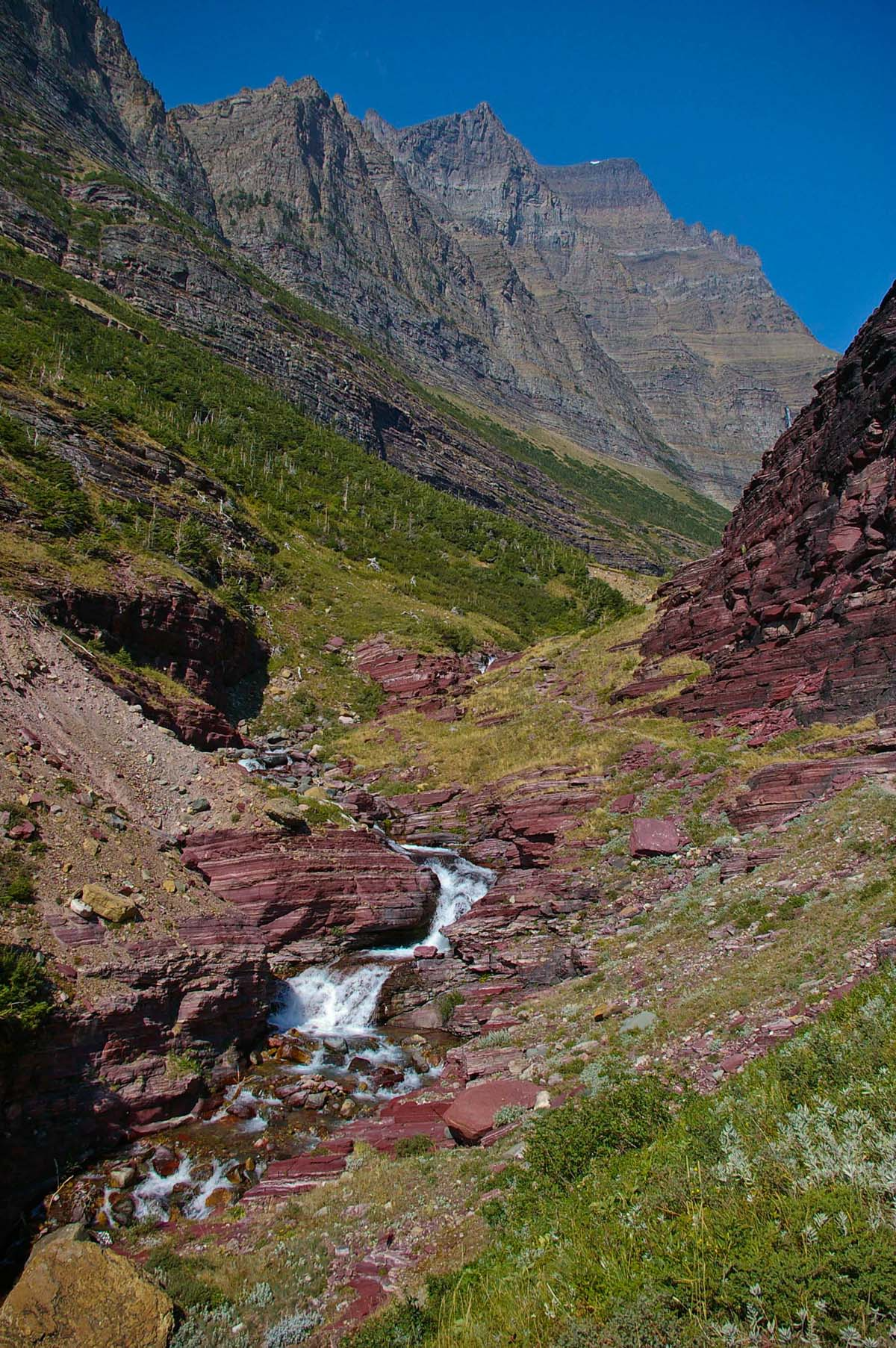 My scanner is an Epson V-500 perfection photo scanner (current version is the V-600), which I can highly recommend.  A good film dust brush is a key accessory.  And good software to adjust the images and spot out dust that the brush didn’t get.