It’s that cruelest day of the week again: Tuesday, April 27, 2021: another Two Bun Day as there were two rabbits grazing in the grass together on my way to work. It’s National Prime Rib Day; we sometimes used to get roast beef for Sunday dinner when I was a kid, but I don’t think I’ve eaten it in years.  It’s also National Devil Dog Day (a snack pictured below), Marine Mammal Rescue Day, and Babe Ruth Day (the day in 1947 when, ill with cancer, he said farewell to Yankee Stadium).

A Devil Dog, first confected by the N.E. Drake Baking Company. It consists of two oval pieces of devil’s food cake sandwiched with “cream” (lord knows what’s in it that stuff): 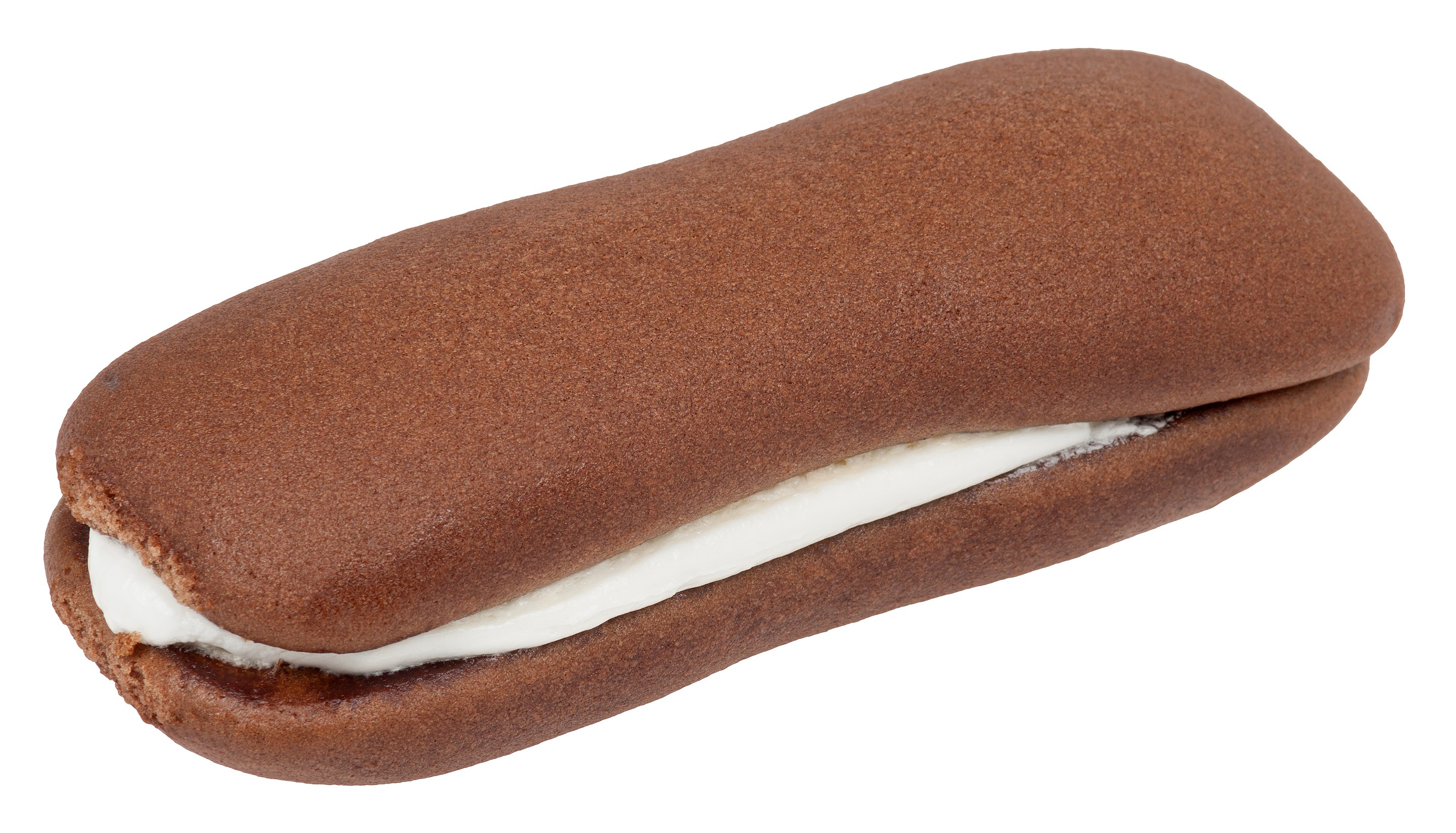 And here’s the Bambino’s short farewell speech, given with a raspy voice (he had throat cancer):

The results of the new census are out, and there will be some reshuffling of Congressional seats. CNN reports:

The US Census Bureau announced Monday that the total population of the United States has topped 331 million people. The Census results found that Texas will gain two seats and Colorado, Florida, Montana, North Carolina and Oregon will each gain one seat in Congress.

California, Illinois, Michigan, New York, Ohio, Pennsylvania and West Virginia will all lose congressional seats ahead of the 2022 midterm elections.

The new numbers represented a decrease in population growth when compared to growth between 2000 and 2010.

The numbers highlight what experts had expected: Political power in the country is shifting from states in the Midwest and Northeast to states in the South and West.

You do the math: will this likely increase the number of Republican seats in Congress? I have no idea, but it looks like it.

There’s another cancellation attempt by employees of a publisher. This time it’s Simon & Schuster, set to publish, in 2023 the memoirs of ex-VP Mike Pence, for which he was paid several million bucks. According to the Guardian, an unknown number of S&S employees signed a petition objecting on the grounds that “legitizes bigotry. To wit:

By choosing to publish Mike Pence, Simon & Schuster is generating wealth for a central figure of a presidency that unequivocally advocated for racism, sexism, homophobia, transphobia, anti-Blackness, xenophobia, misogyny, ableism, islamophobia, antisemitism, and violence. This is not a difference of opinions; this is legitimizing bigotry. . . People will look back on this one day, and see that through our complicity, we chose to be on what is clearly the wrong side of justice.

Good god, what rhetoric! Publishing the memoirs of an admittedly odious VP is “being on the wrong side of justice”? What about the history he has to impart, at least from his point of view? But S&S President Jonathan Karp basically told the protestors to get stuffed; read his excellent statement at the Guardian (h/t: Ginger K.)

The Supreme Court has agreed to take a Second-Amendment gun case involving New York’s severe restrictions on carrying guns in public (you need to apply for a license showing “proper cause”, and that’s hard to get in the state). If the conservative court overturns the New York law, watch out! The city will be full of Loren Boebarts packing Glocks.

Read the WSJ about a big battle in a Nebraska field over the right to be called “Josh Swain”. It was, of course engineered on the internet. After one of the two Josh Swains who showed up won a battle of rock, paper, and scissors, 70 other “Josh”s (not Swains), who came from all over America, duked it out with foam pool noodles to win the title of “The Josh”. That prize was nabbed by a 4 year old. Over a thousand people went to this godforsaken place to attend the contest, and JoshFight fans donated more than $10,000 for charity. This is what the Internet was made for.

Here’s the contest for the title of the “Real Josh Swain”:

Here's the big moment from the Josh Swain battle. The Josh that started it all beats Josh Swain of Omaha for the right to keep his name. Story soon on @NewsChannelNE @joshswainaz #JoshFight pic.twitter.com/GuTv4H34qM

Stuff that happened on April 27 includes:

The greatest literary bargain in history. 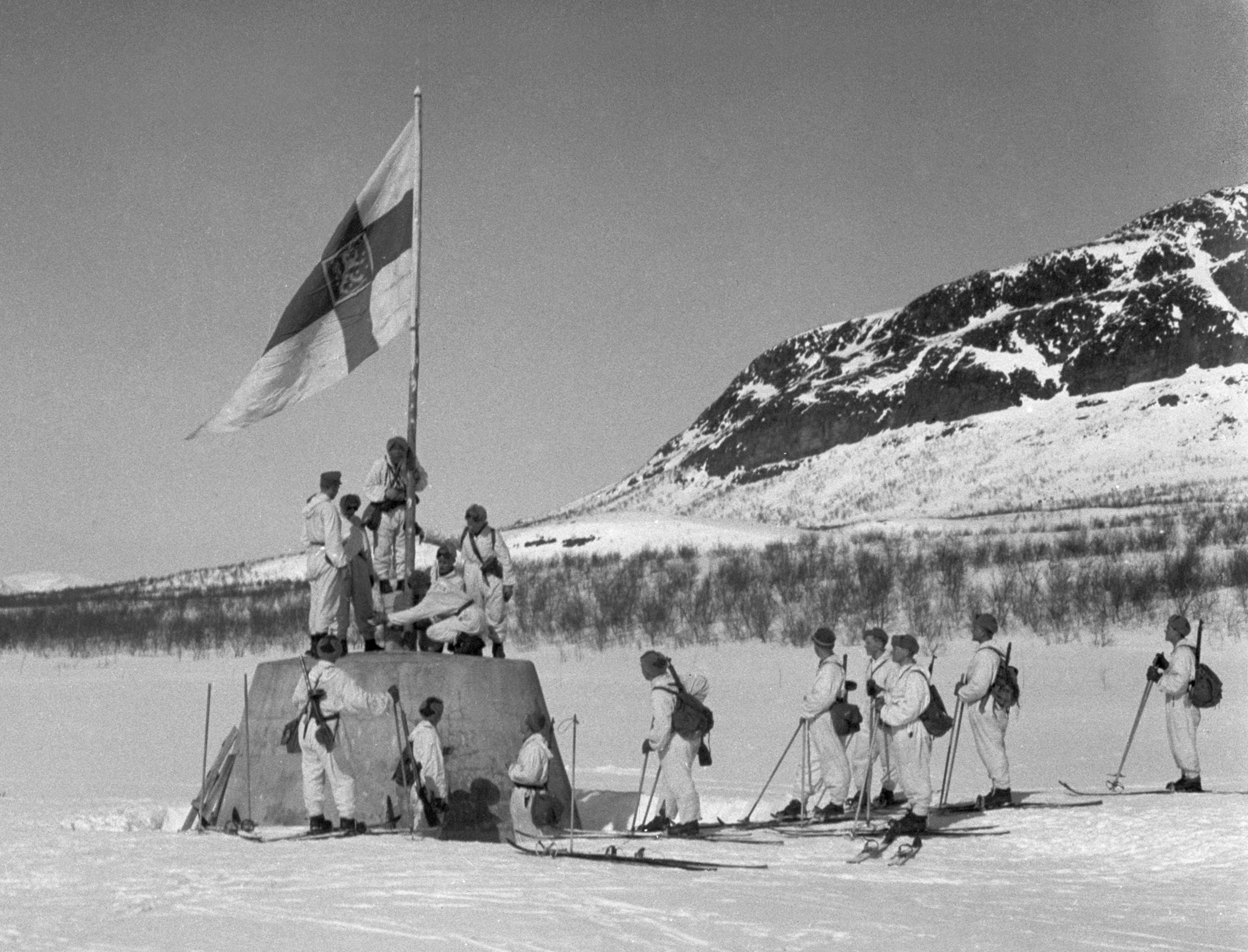 The U.S. wanted a MiG to see how it worked, as it was tough in combat to U.S. planes. And they got one: “Early in the morning on September 21, 1953, Lieutenant No Kum-Sok flew a MiG-15bis, bort number ‘Red 2057’, of the 2nd Regiment, Korean People’s Air Force, from Sunan Air Base, just outside Pyongyang, North Korea and landed before 10:00 a.m. at Kimpo Air Base in South Korea.” Num-Sok was unaware of the reward and was simply defecting. He was advised by the U.S. to decline the money in return for a free education in the U.S. at the college of his choice. Here’s his MiG, repainted in the U.S. Air Force logo. Among the U.S. pilots who test-flew it was Chuck Yeager. 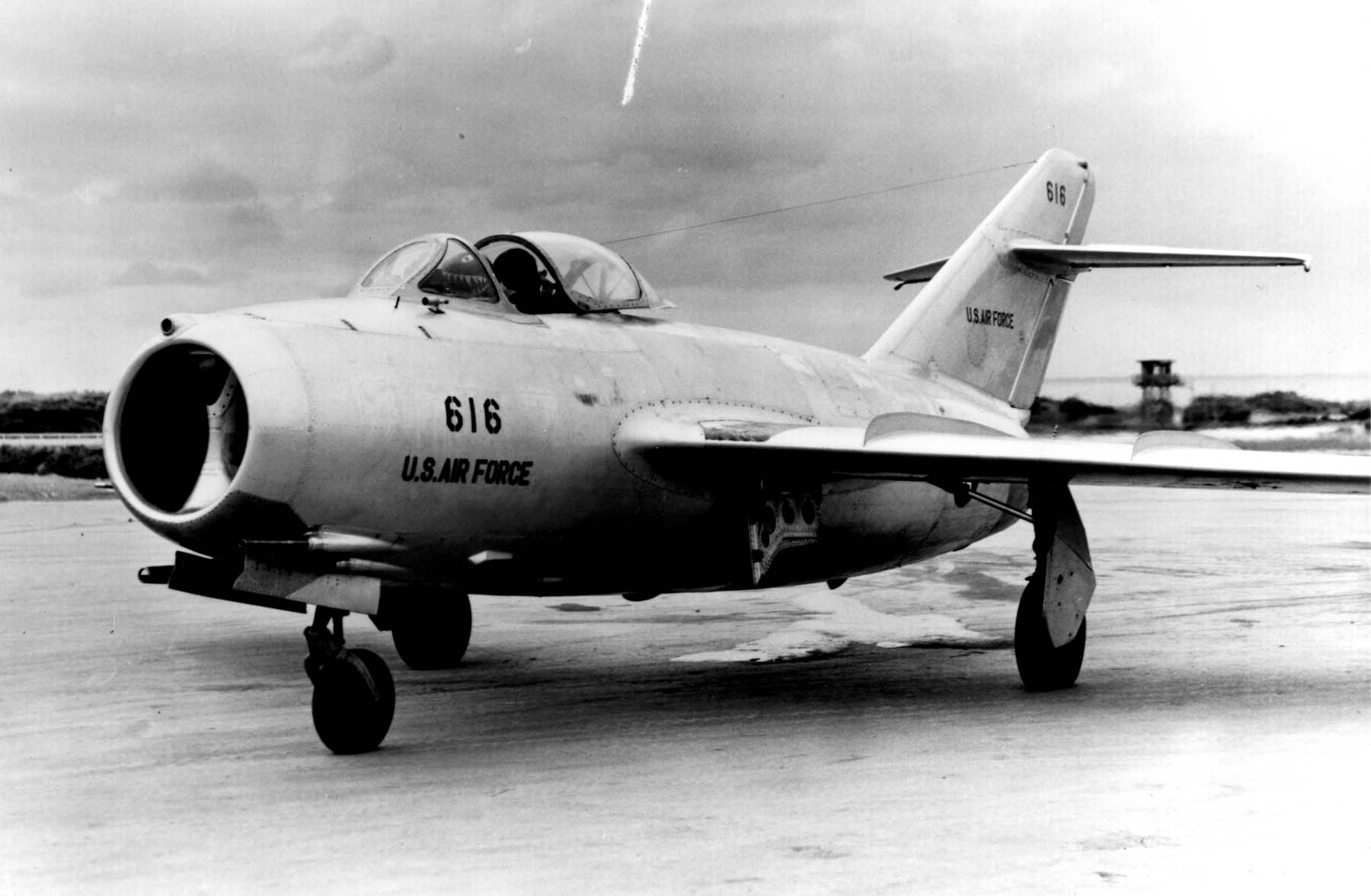 Here’s inventor Bill English with his first mouse, which used two metal wheels at a 90-degree angle. It was a great idea, and has hardly changed since it was introduced. Yes, it uses lasers and is more sophisticated, but the principle is the same. 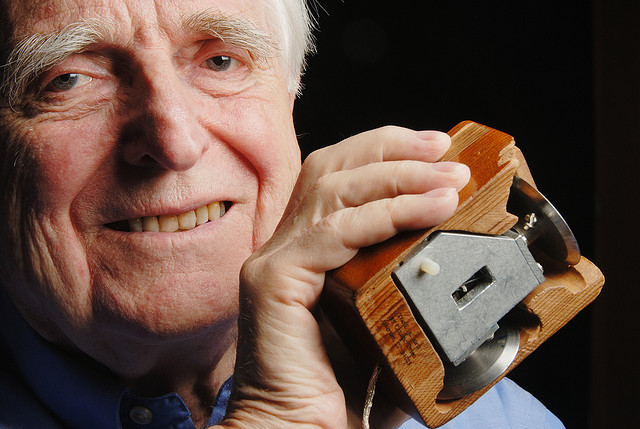 This is supposed to be his tomb, but it appears that scholars dispute it: 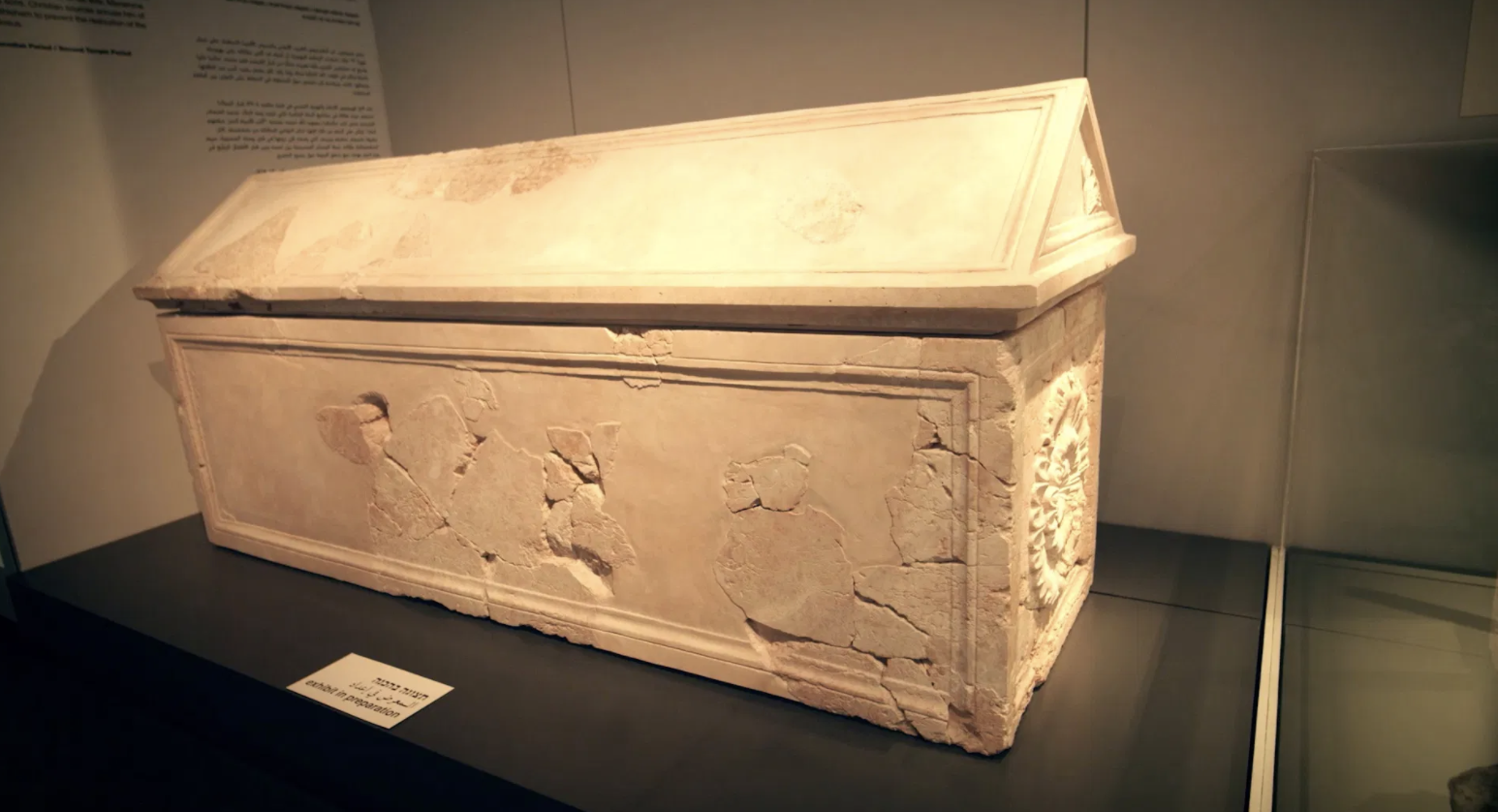 Whymper was the first to ascend the Matterhorn, but four climbers in the party died when an old rope they were using broke. Here’s Gustav Doré’s famous depiction of the tragedy: 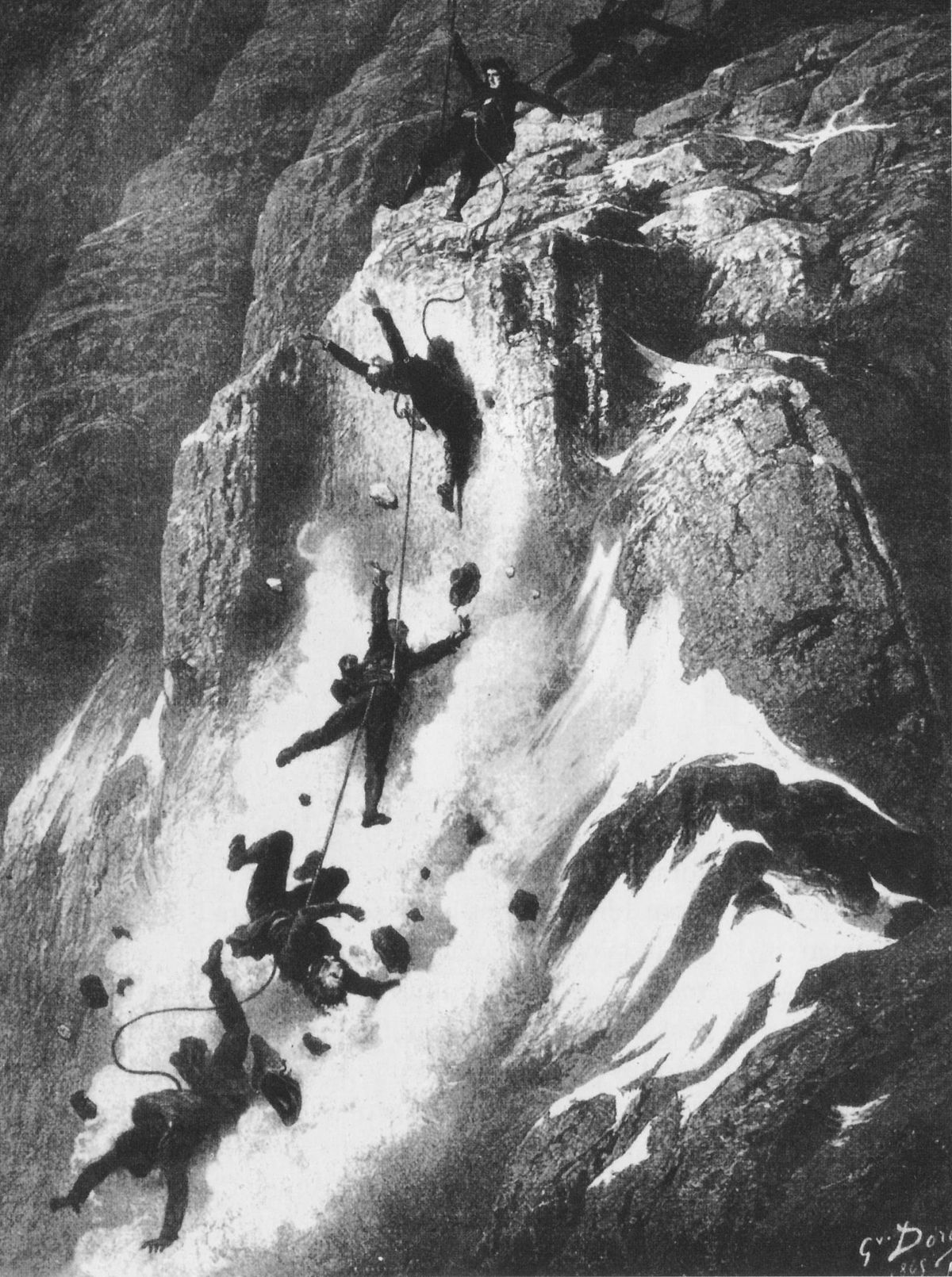 Here’s Lantz with the most famous character he created. Originally voiced by Mel Blanc, Woody Woodpecker was replaced by several other voice actors, though Blanc’s characteristic laugh was still used for Woody” 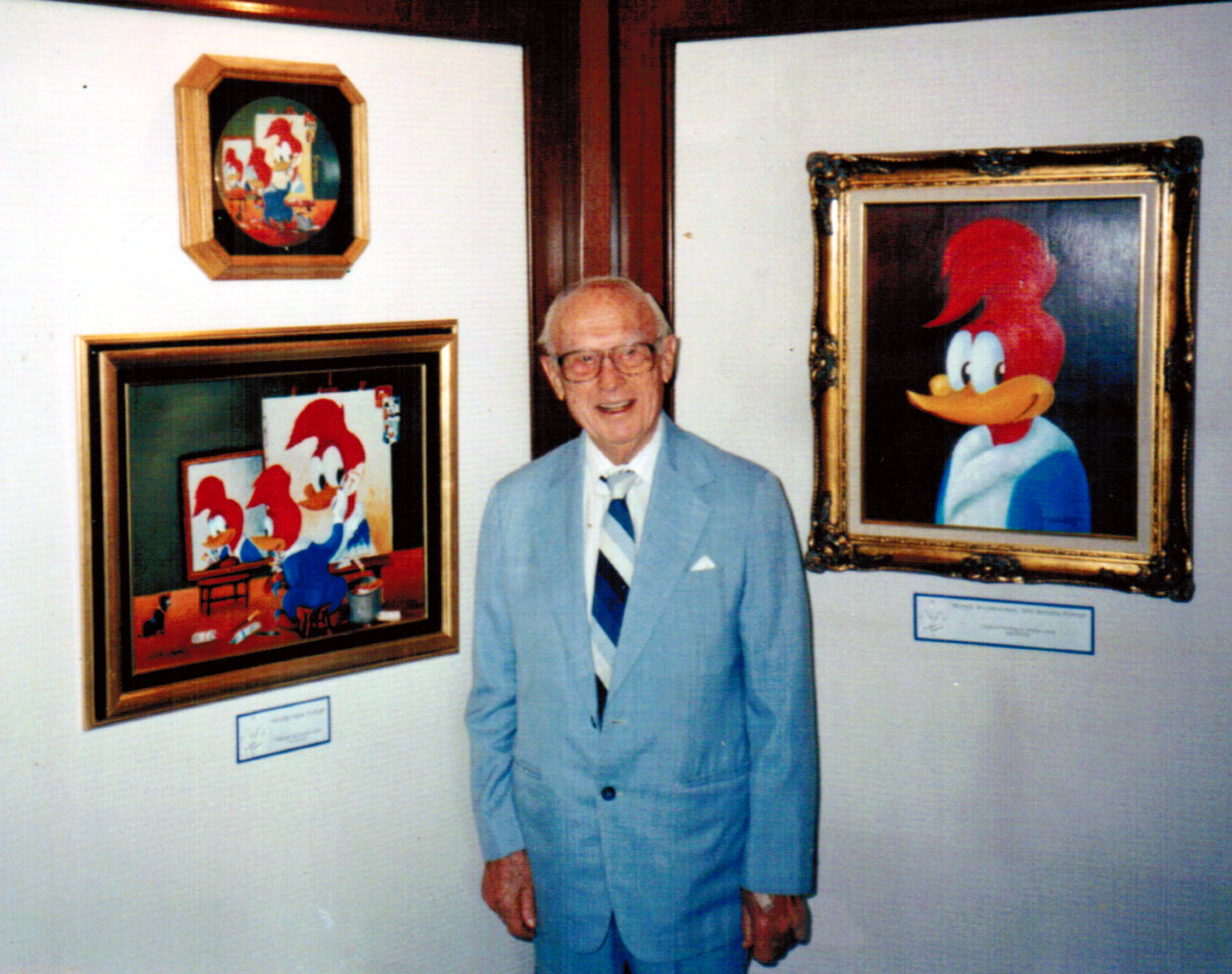 Those who evinced their mortality on April 27 include:

And condolences to the reader who is our biggest Emerson fan, Laurie Ann Sindoni-Jones from London.

Meanwhile in Dobrzyn, Kulka defers to the Princess:

Kulka: You have a very high status in this garden.
Hili: Yes and I try to maintain it. 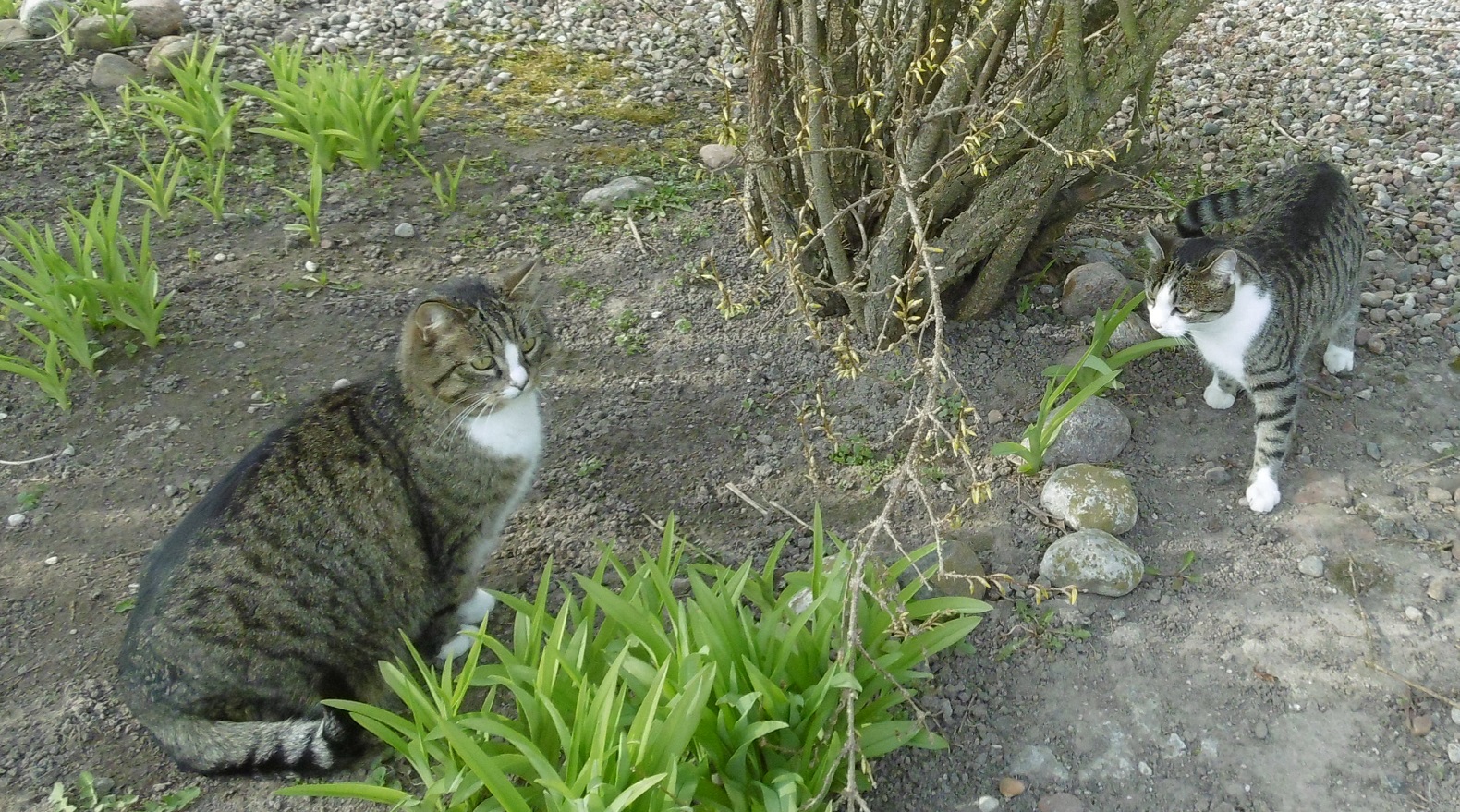 Little Kulka on the windowsill, announcing that she wants to be let in: 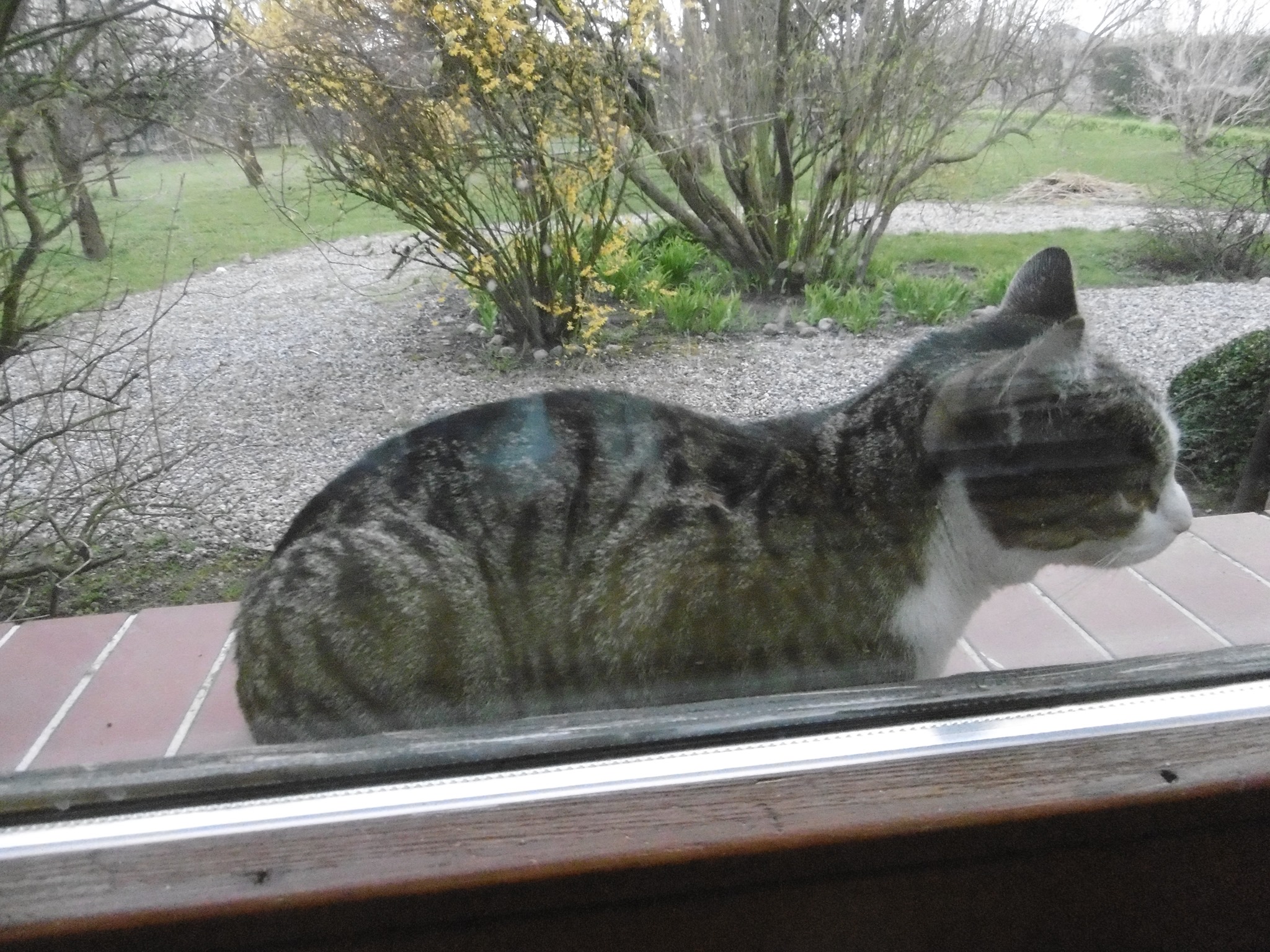 A very sweet meme from Cats Without Gods: 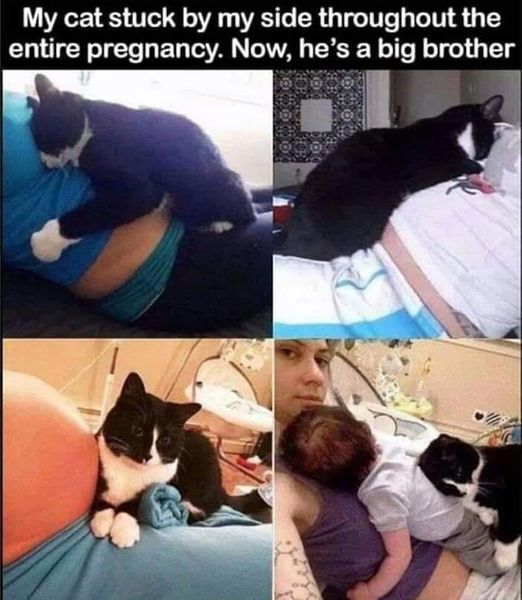 Reader Lynne sent me an alternative sign to the one from Hyde Park I posted two days ago; this one appeared online as nobody would dare post it on their lawn: 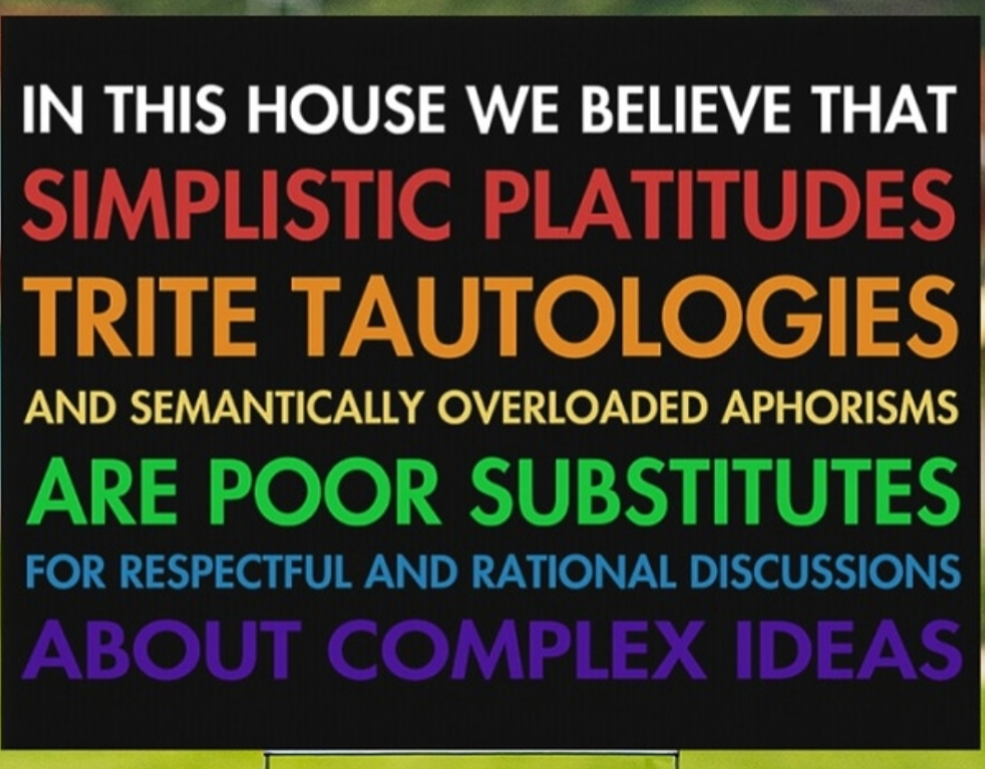 And, in response to my asking whether conservatives post such signs, here’s a pretty odious one sent in by Larry, who notes,

“The sign was in a front yard in my neighborhood in Thousand Oaks, CA. We are about 40 miles northwest of L.A. I noticed a Q flag on their house, and then the sign which from a distance resembles the “Love is Love” type sign. Taken in by this mimicry (Batesian? Aposematic? Mullerian?), we casually walked past it and I took the picture.” 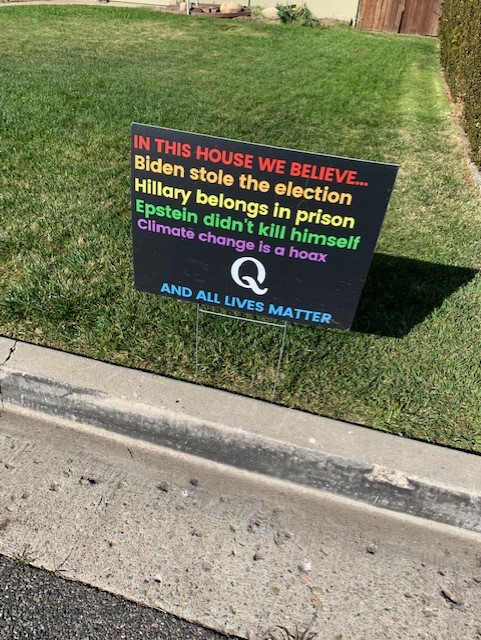 And a cartoon from Stash Krod: 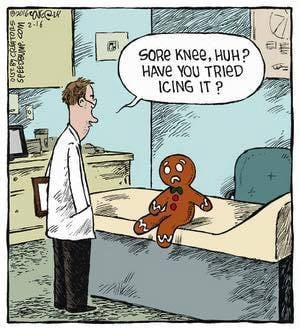 Reader Paul sent me this tweet, and added: “James Wong is an ethnobiologist and was interviewed recently by Channel 4 in the UK. His assertion that it’s racist to talk about ‘native’ plants is really interesting because it seems to be projecting Critical Race Theory onto what should be an objective, scientific issue. (I guess CRT enthusiasts would deny that objective, scientific truths exist.) It seems to me that he’s objecting to more than just the terminology.”

"Gardening culture in the UK… has layers and layers of cultural baggage that are attached to it."

Ethnobotanist James Wong explains why he thinks the misuse of the words 'heritage' and 'native' in gardening can have racist undertones. pic.twitter.com/TmfN2xRlxR

From reader Ben (and Matthew): This one reminds us of how many insects there are:

This is just your daily reminder that there are a lot of insects.

A fact brought to you by me putting my big boy pants on and sitting down to go through a monster insect phylogeny character list. pic.twitter.com/qvNFEZ5S7O

I managed to capture a lucky bit of footage where cheeky Hooded Crow has a crafty way of picking up some scraps! pic.twitter.com/Kbirv41Z2S

The second tweet has to be a duck, though I don’t know what species.

Alsomitra macrocarpa has seeds which use paper-thin wings to disperse like giant gliders. The seeds, which are produced by a football-sized pod, can glide hundreds of metres across the forest [read more: https://t.co/V74QJ8mvzQ] [full video: https://t.co/0cwEY0TevC pic.twitter.com/rIeHfbePhf