It’s the Sabbath that was made for man (and woman): Sunday, April 25, 2021: National Zucchini Bread Day. I disdain any bread or pastry made with vegetables, with the exception of carrot cake, which I love—but only if it has cream cheese frosting. Why not TURNIP BREAD or BRUSSELS SPROUTS BREAD, for crying out loud? As you see, I’m peevish today.

It’s also a Two Bun Day—that is, I saw two Eastern Cottontails on my way to work this morning, which means it’s a propitious day, graced as it is with eight lucky rabbits’ feet, and still on the rabbits. There seems to be a bunny explosion in Hyde Park this year, perhaps because the pandemic kept people indoors.

It’s Anzac Day, celebrated mostly in Oz and New Zealand, but a tip of the hat to my friends there (see below); National Crayola Day (do they still have “burnt umber”); National Plumber’s Day; National Telephone Day; Parental Alienation Awareness Day; and Red Hat Society Day. Finally, it’s National DNA Day, celebrating the publication in Nature of the DNA-structure papers by Watson, Crick, Wilkins, and Franklin on this day in 1953.

Here’s a photo of a chinstrap penguin (Pygoscelis antarcticus) I took in Antarctica in November of 2019.  Will I get to return this winter? Fingers crossed for me! 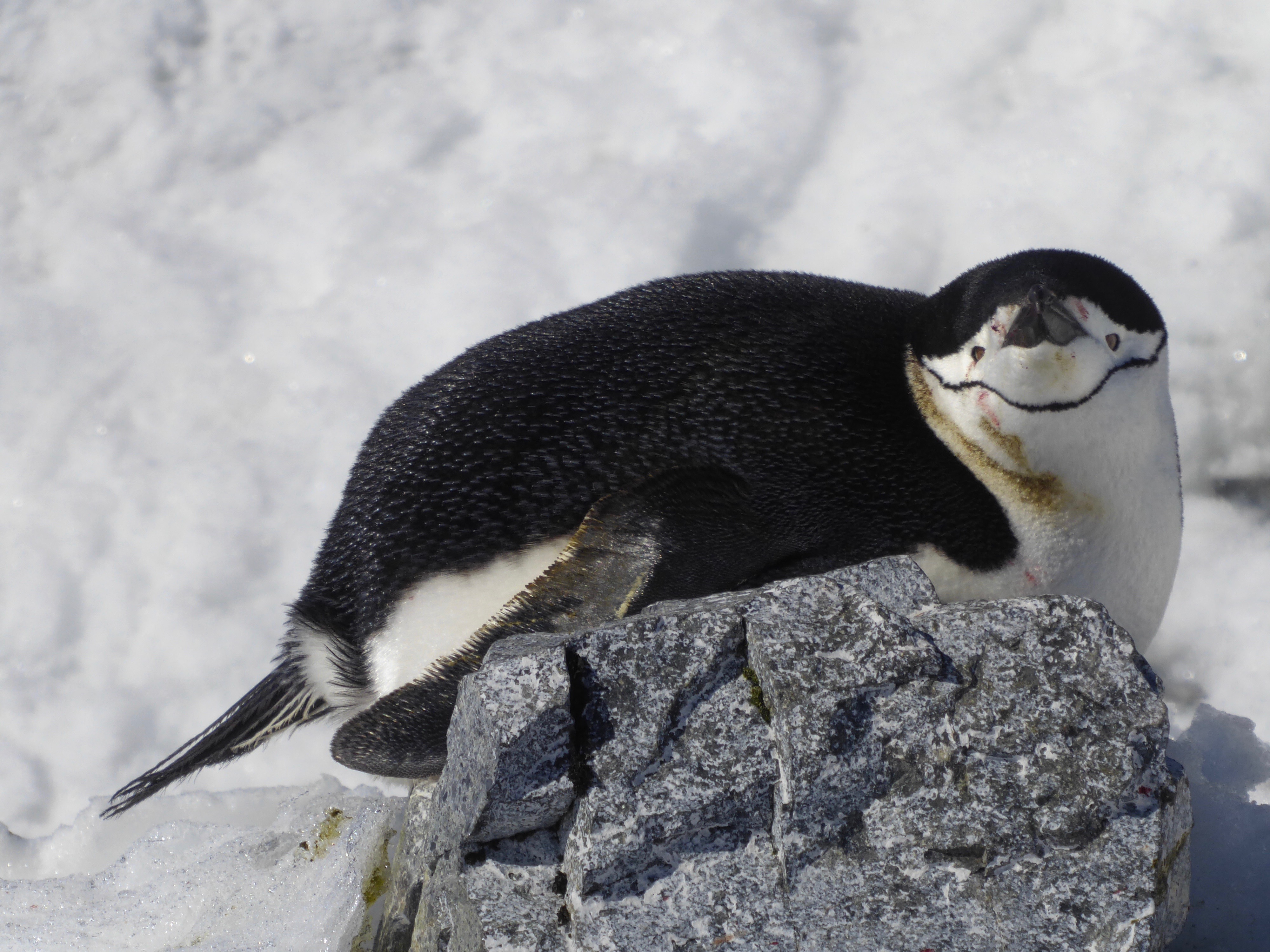 From Matthew, also in honor of the day, we have Benedict Cumberbatch striving—and failing—to pronounce the word “penguin” (he says “pengwing” and “pengling”) on the Graham Norton Show.. And the tweet came from Matthew’s own University:

It's #WorldPenguinDay which gives us an excellent excuse to look back at the time our @UoMAlumni Benedict Cumberbatch couldn't pronounce penguin. pic.twitter.com/46xGPtZvXb

I can’t remember when I bought this, but the advertisement for it from my customary wine store shows a price of $23.75, which is way on the low side for a Barolo. At that price, despite the hype in the ad, you can’t expect a top-notch specimen of Barolo.  And so what I got was a wine with a terrific nose, with the classic “road tar” scent of Barolo, but very little follow-through. It was quite thin and, while okay, it was just ok. The blurb says it will open up over several days, so I drank about a quarter of the bottle, vacuum-pumped it, and we’ll see if it improves this evening. 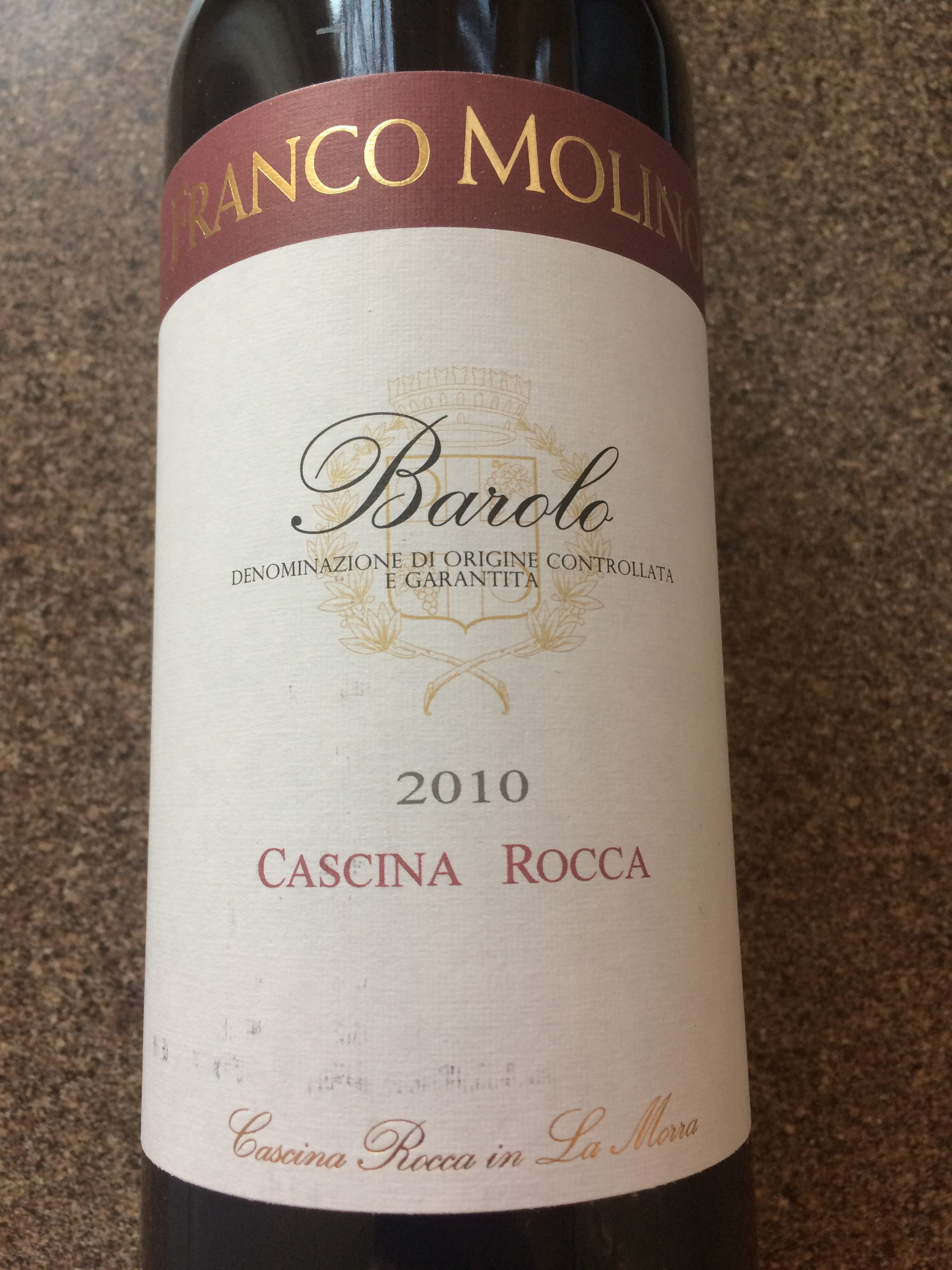 I had it with a baguette, fresh tomatoes drizzled in good Italian olive oil (which I mopped up with the bread), and my go-to favorite for good cheese, which you can buy at Costco for a great price. If you go to Costco, pick up a 2-pound brick of the two-year old Tillamook Sharp Cheddar.  You won’t be sorry! You can divide it into several hunks and freeze the ones you want later, as it freezes very well (in fact, freezing makes it more appealing, as it makes it slightly granular). 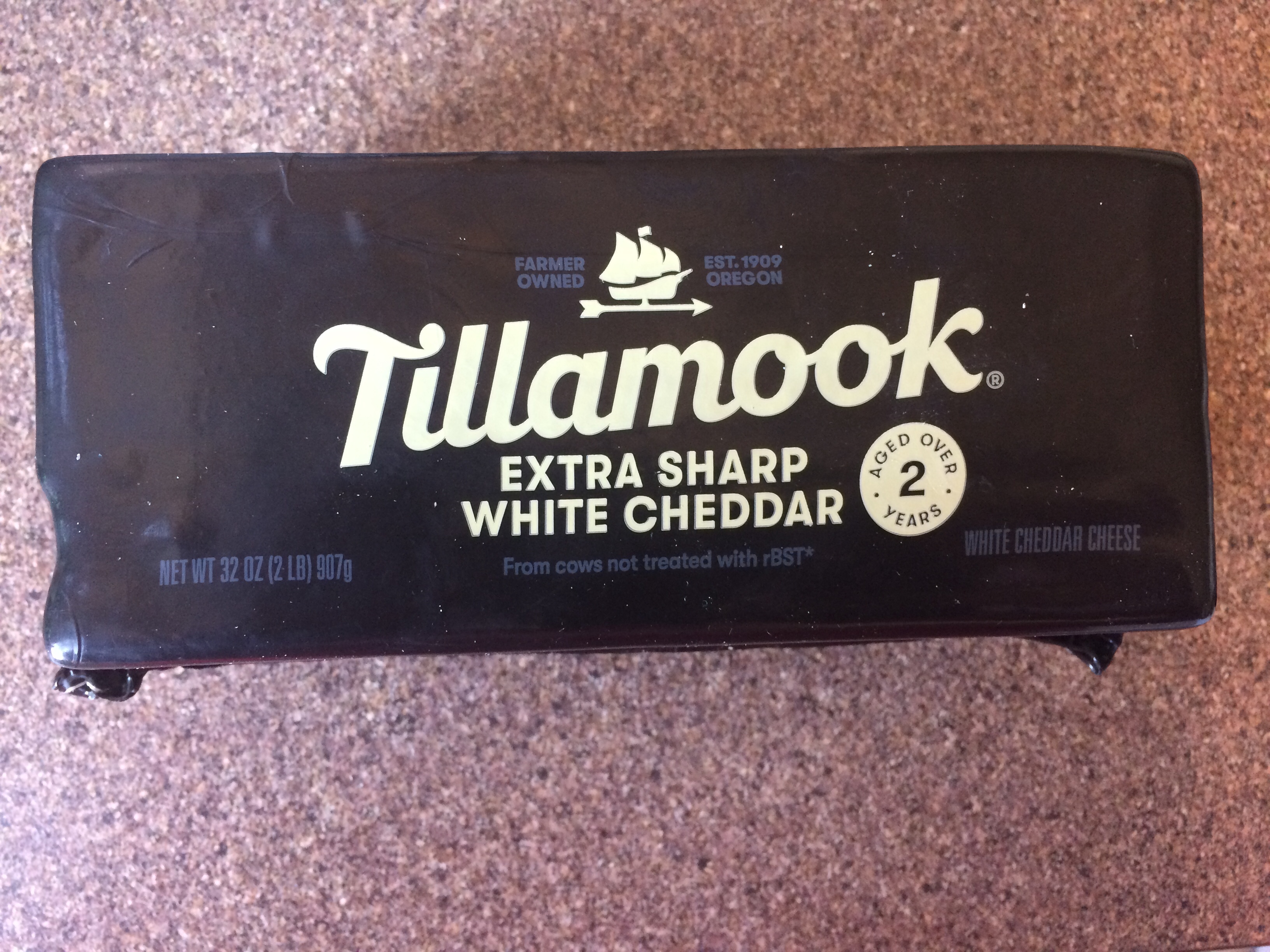 A closely followed Congressional election in Louisiana, meant to fill the seat of Democrat Cedric Richmond, who left his seat to join the Biden administration as an advisor, has been filled—but not in a way Progressive Democrats wanted. “Establishment” Democrat Troy Carter won the Democratic runoff election over Karen Carter Peterson, a “progressive” Democrat (I dislike the use of “progressive” as a synonym for “far-ish left”). Both were state senators and both are African-Americans. Peterson outspent Carter, but still won 56% to 44%.  There were no Republican candidates. The district is solidly Democrat and majority black, and suggests that “progressives” can’t automatically count on the votes of African Americans as they try to “primary” other Democrats in the midterm elections.

Joe Biden has officially termed the mass killings and death marches of Armenians by the Ottoman Empire, which occurred in 1915 and 1916, as a “genocide.” Historians estimate that a million or more Armenians died during this atrocity. There is simply no longer any doubt that this took place, though Turkey has denied it for a century and even at the time took steps to hide the murders. Biden’s gesture is an admirable stand for human rights, and of course endangers the U.S. relationship with our NATO ally Turkey. But Turkey’s odious President Recep Tayyip Erdoğan, who is ruining his great country with his religiously-based autocracy, deserves no coddling. He’s declared that Biden has neither the historical nor moral authority Read the Wikipedia article to learn the sordid details. Here’s a photo labeled “The corpses of Armenians beside a road, a common sight along deportation route.” 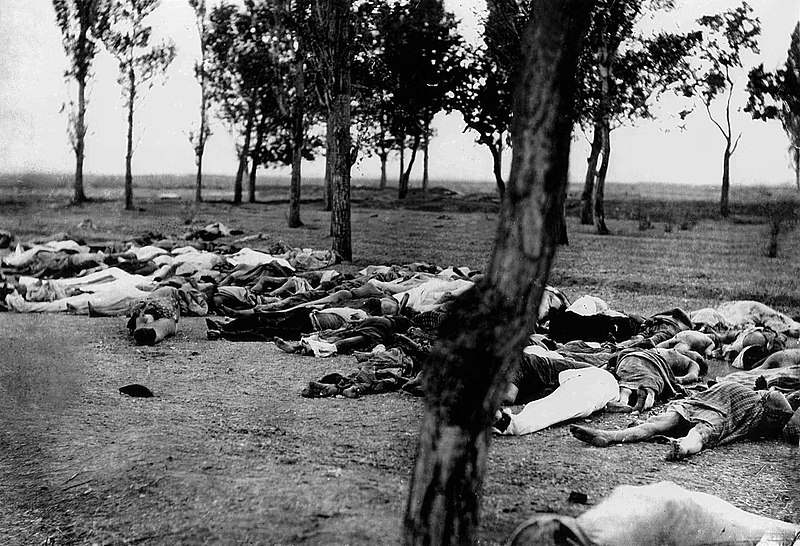 The missing Indonesian submarine KRI Nanggala-402  has been declared “sunk”, as investigators found an oil slick and debris at the site north of Bali where the ship disappeared. Fifty-three crew are likely dead, probably crushed when the sub broke up. I was heartened that the international community came together to try to save the sailors’ lives, but it appears that the rescue mission is now a recovery mission.

The New York Times has a story on the whiteness of fhe Academy of Motion Picture Arts and Science, the organization that bestows the Oscars. Click below to read the story, which is chock-full of demographic analysis demonstrating inequity.

But how do you determine a member’s race? This footnote is at the bottom of the article:

Notes: In this story people of European, Middle Eastern and North African descent are identified as white. People of Far Eastern, Southeast Asian or Indian subcontinent origin are identified as Asian. Latino could be of any race and broadly refers to people from Latin America. People of mixed race were classified by the non-white part of their background.

This is what we’ve come to? I guess the criteria for race are malleable depending on the NYT’s ideological purpose. I thought Palestinians like Rashida Tlaib counted as a person of color, but the NYT seems to do that only when it’s ideologically convenient. And now we’re back to the “one drop” rule for nonwhites?

India set another world record for new Covid-19 infections yesterday, with more than 350,000 cases reported. This brings the three-day total to over a million people.  Yesterday, the NBC Evening News reported what we already knew: India has a dire shortage of oxygen, with special trains and flights trying to bring in a supply as people die in droves. This being India, there’s an active black market in Covid shots and the palliative Remdesivir, with prices for a single shot going for up to $1000 US—a huge amount in that country.

Stuff that happened on April 25 includes:

According to Wikipedia, the large crowd was disappointed:

The crowd, however, was dissatisfied with the guillotine. They felt it was too swift and “clinically effective” to provide proper entertainment, as compared to previous execution methods, such as hanging, death-by-sword, or breaking at the wheel. The public even called out “Bring back our wooden gallows!”

As Pinker has argued, we’ve come a long way since then.

An engraving from the time: 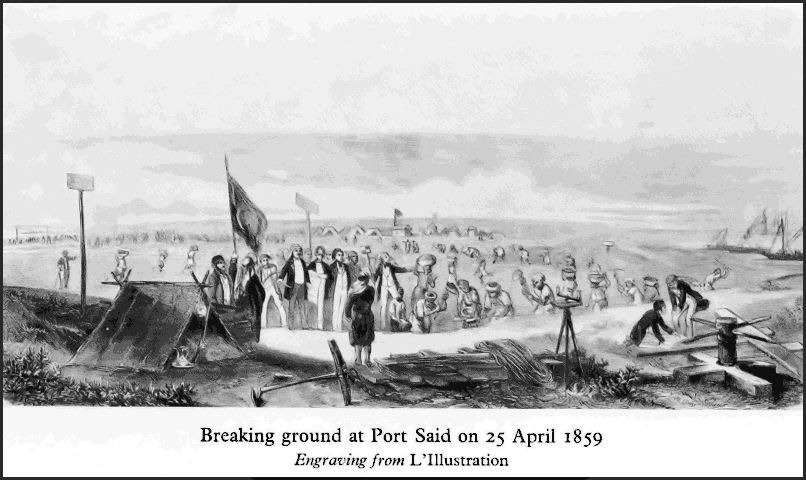 This was of course a slaughter of the Allied troops, and the entire Gallipoli campaign was a failure. Here’s the final scene from the movie “Gallipoli” (starring Mel Gibson), giving an idea what it must have been like. The soldiers going over the top knew they were doomed:

This is the entire paper: 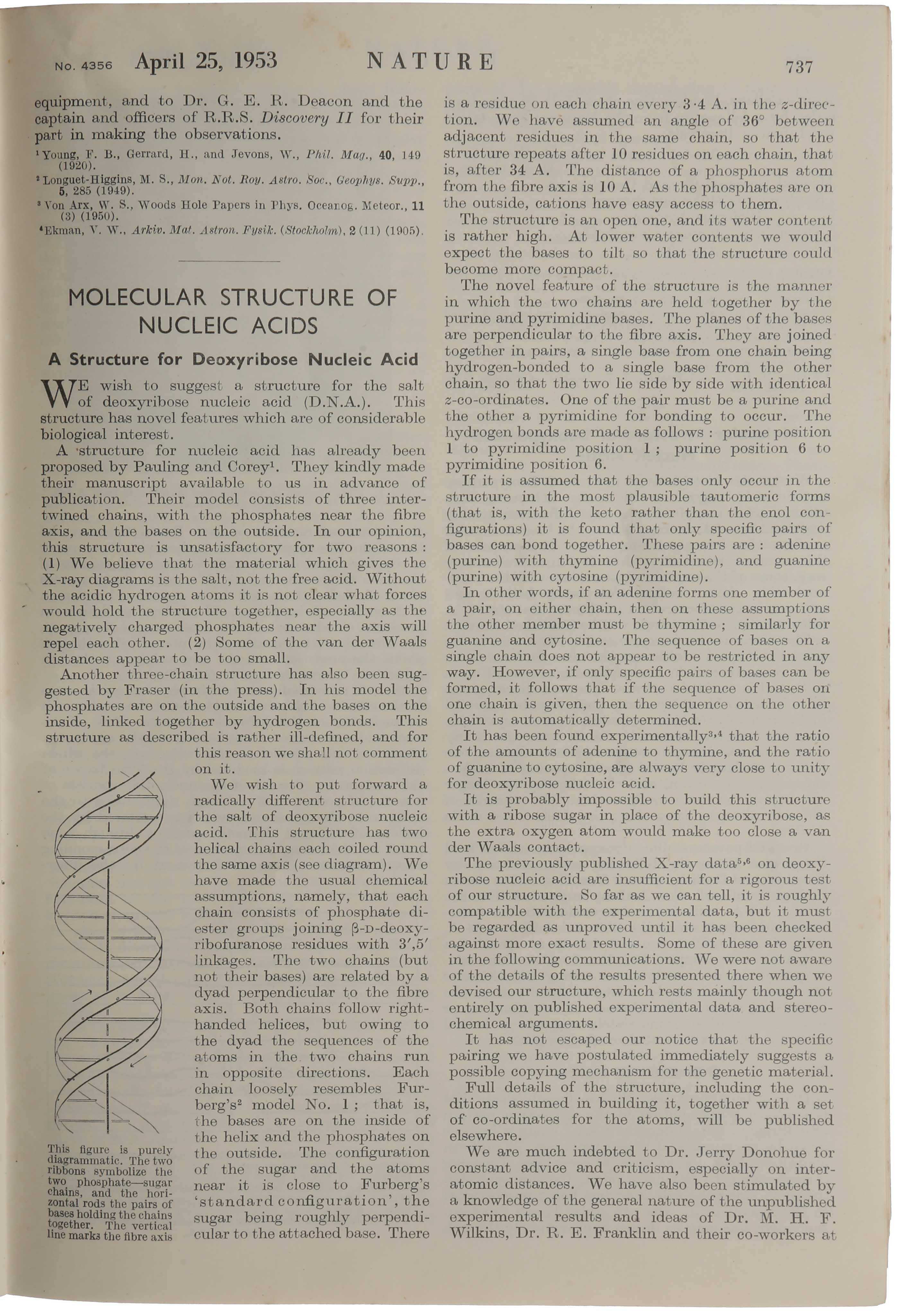 Here’s the colorful and irascible Pauli, supposedly the coiner of the phrase “Not even wrong“:

Now Vanzolini was an interesting character. He was a herpetologist but was more famous, at least in Brazil, for writing sambas, many of which became standards. I met him because he used to spend long stints at Harvard’s Museum of Comparative Zoology working with his friend (and one of my grad-school mentors) Ernest Williams, another herpetologist. Here’s Vanzolini in 2011: 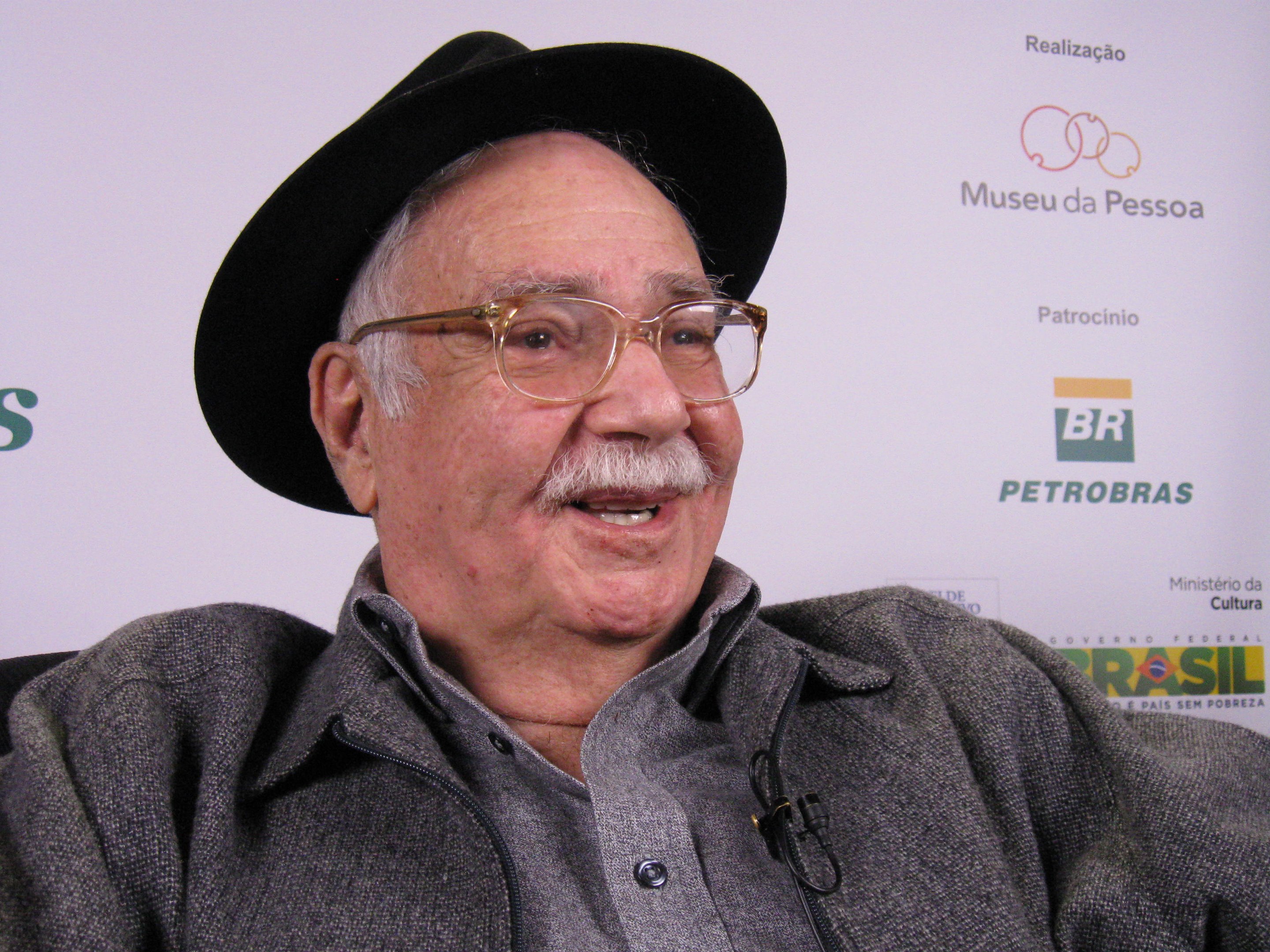 Because of his signature mannerisms and unusual voice, Pacino is a common subject of celebrity impressionists. Here are ten people imitating him; I think Kevin Spacey does the best job.

Cruyff was one of the best, but was also a lifelong smoker and died at 68 of lung cancer. (I’m always amazed at how many great footballers, playing a game that requires stamina, were heavy smokers or drinkers. One of the tipplers was George Best.)

Those whose life petered out on April 25 include:

I couldn’t find cat paintings by David Teniers the Younger, but his brother Abraham is credit with many animal paintings featuring cats and monkeys. Here’s Abraham’s “Barbershop with monkeys and cats”: 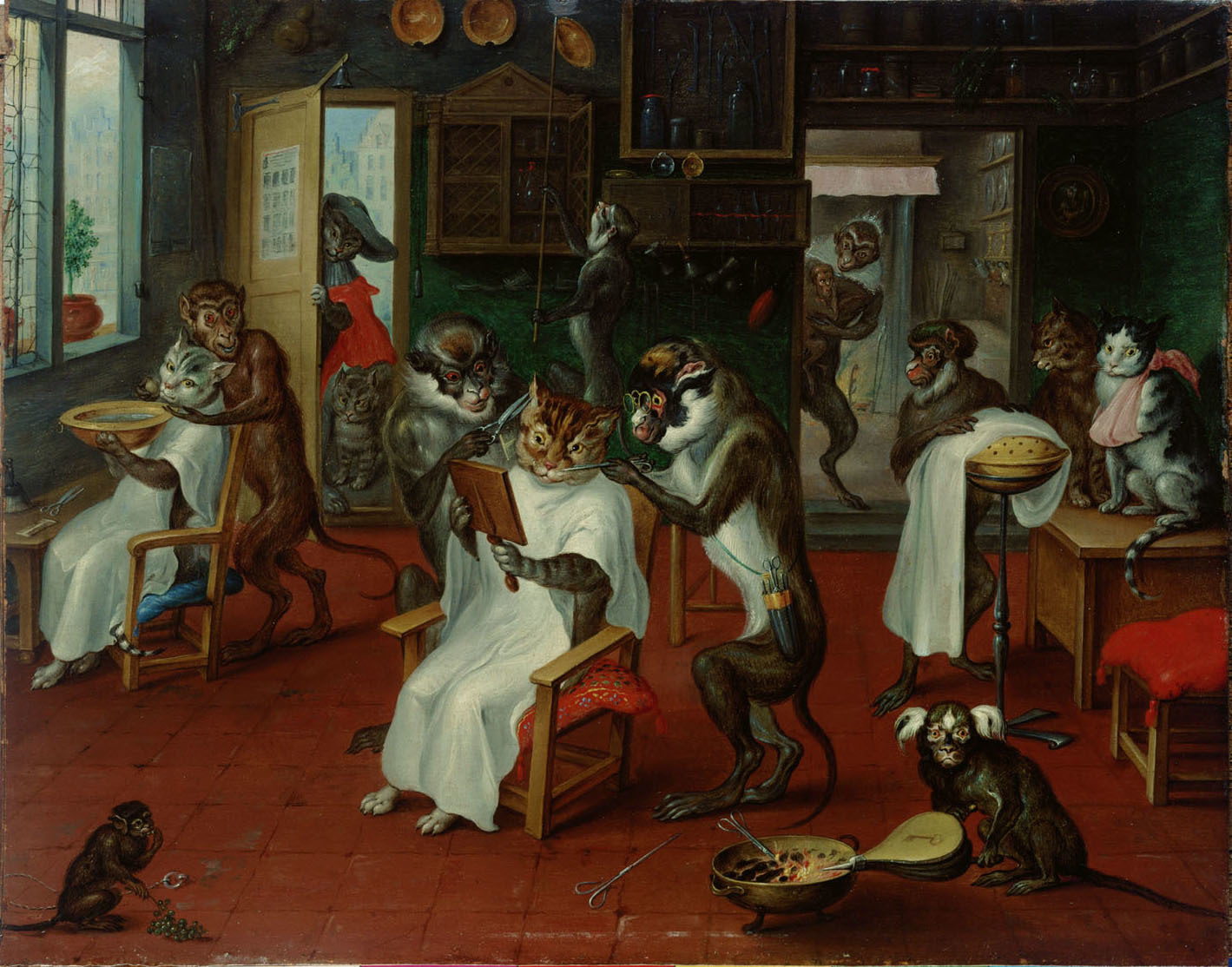 Herriman is a cartoonist much beloved by Matthew and me, for he drew the fantastic strip Krazy Kat. Here’s a self-portrait of Herriman from 1922, showing the Kat and other characters like Offisa Pupp and Ignatz the mouse: 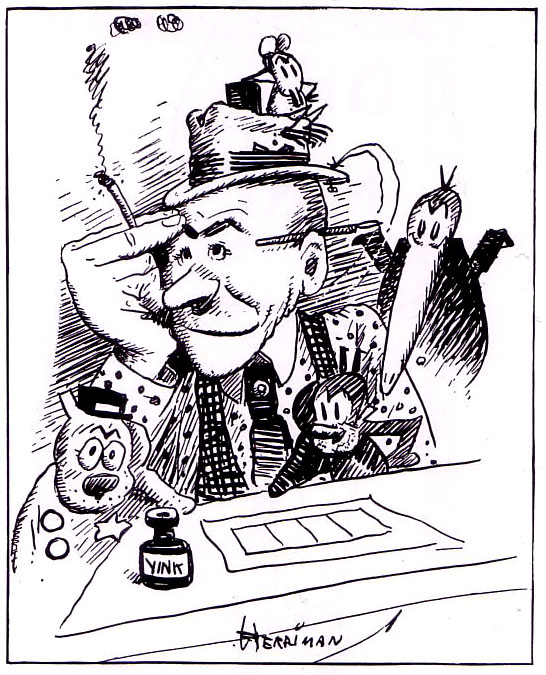 Meanwhile in Dobrzyn, Hili has a chat with Szaron

Do you see anything interesting out there?
Szaron: No.
Hili: Neither do I. 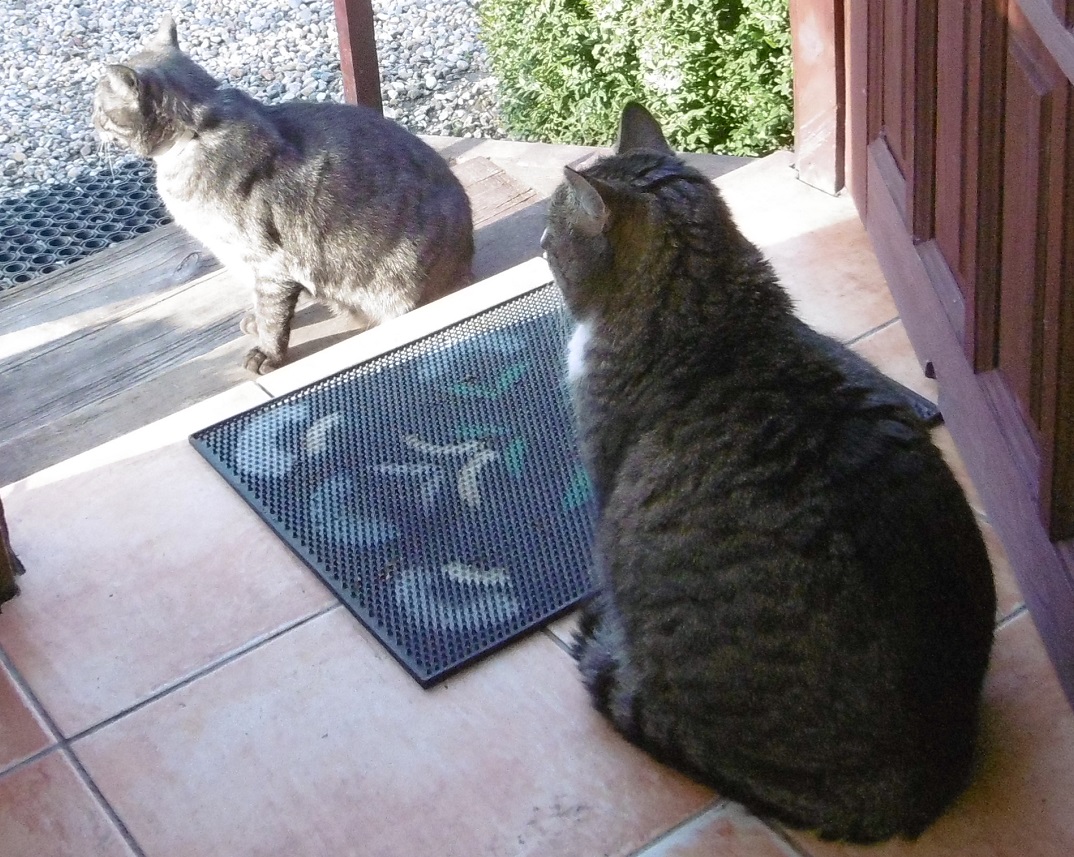 The mirabelle plum tree is in glorious bloom in Dobrzyn, and inspires little Kulka to go climbing: 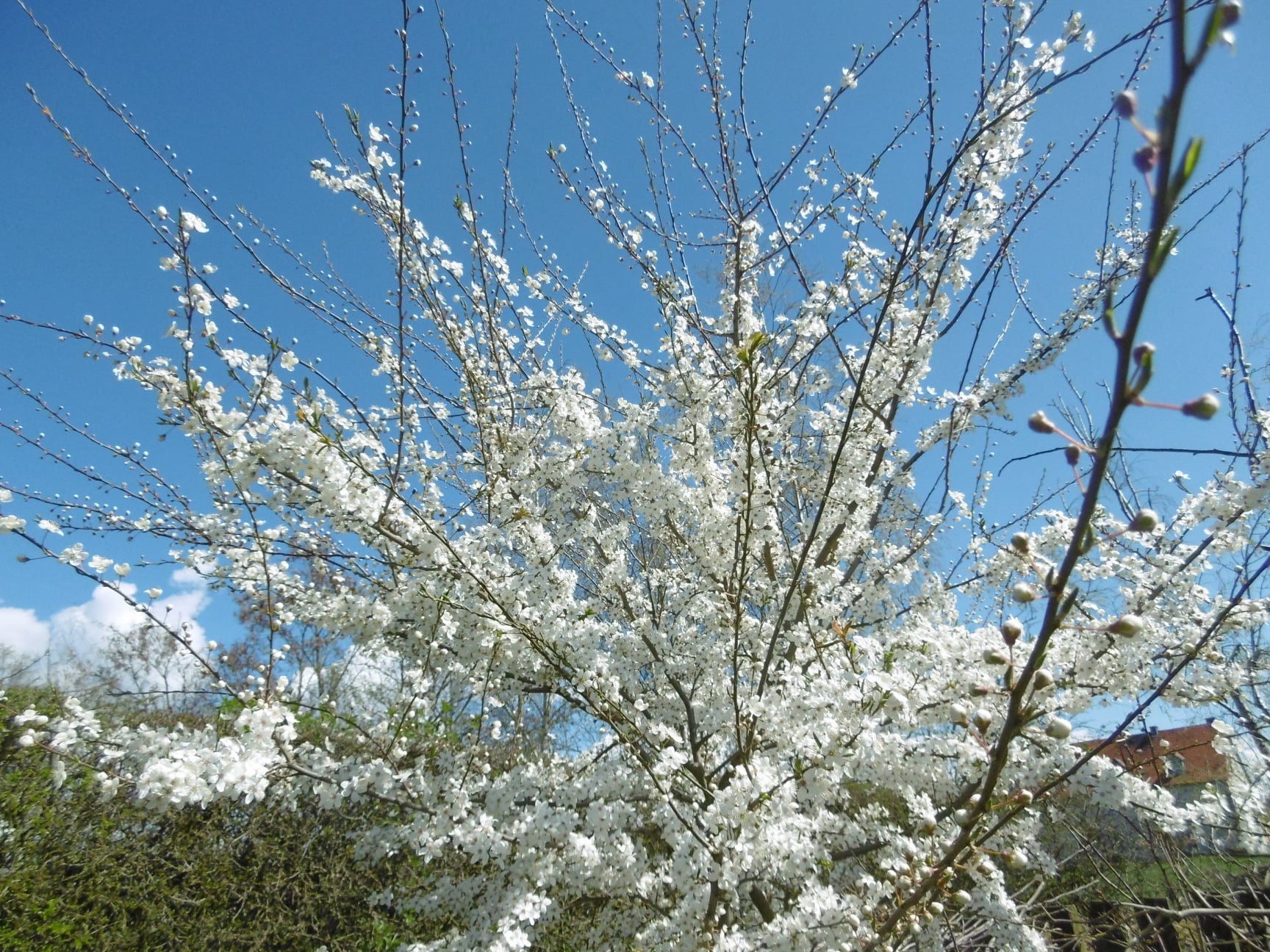 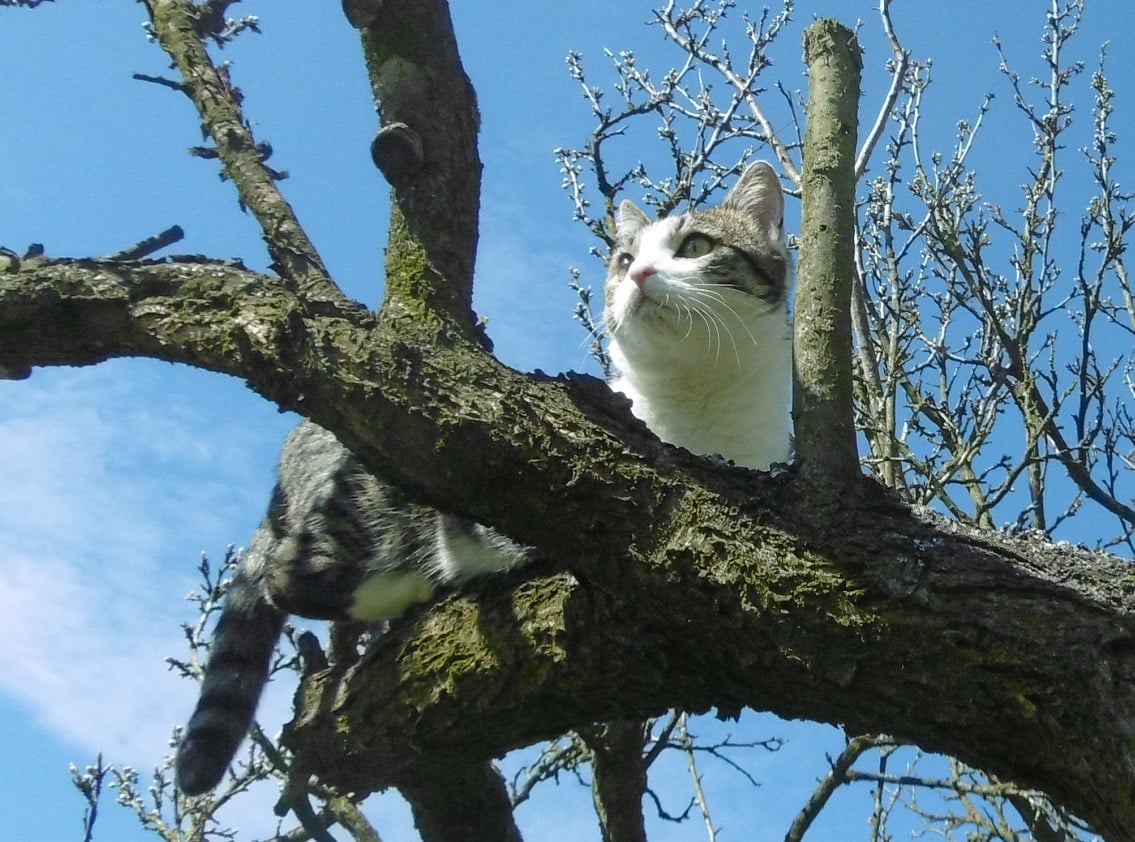 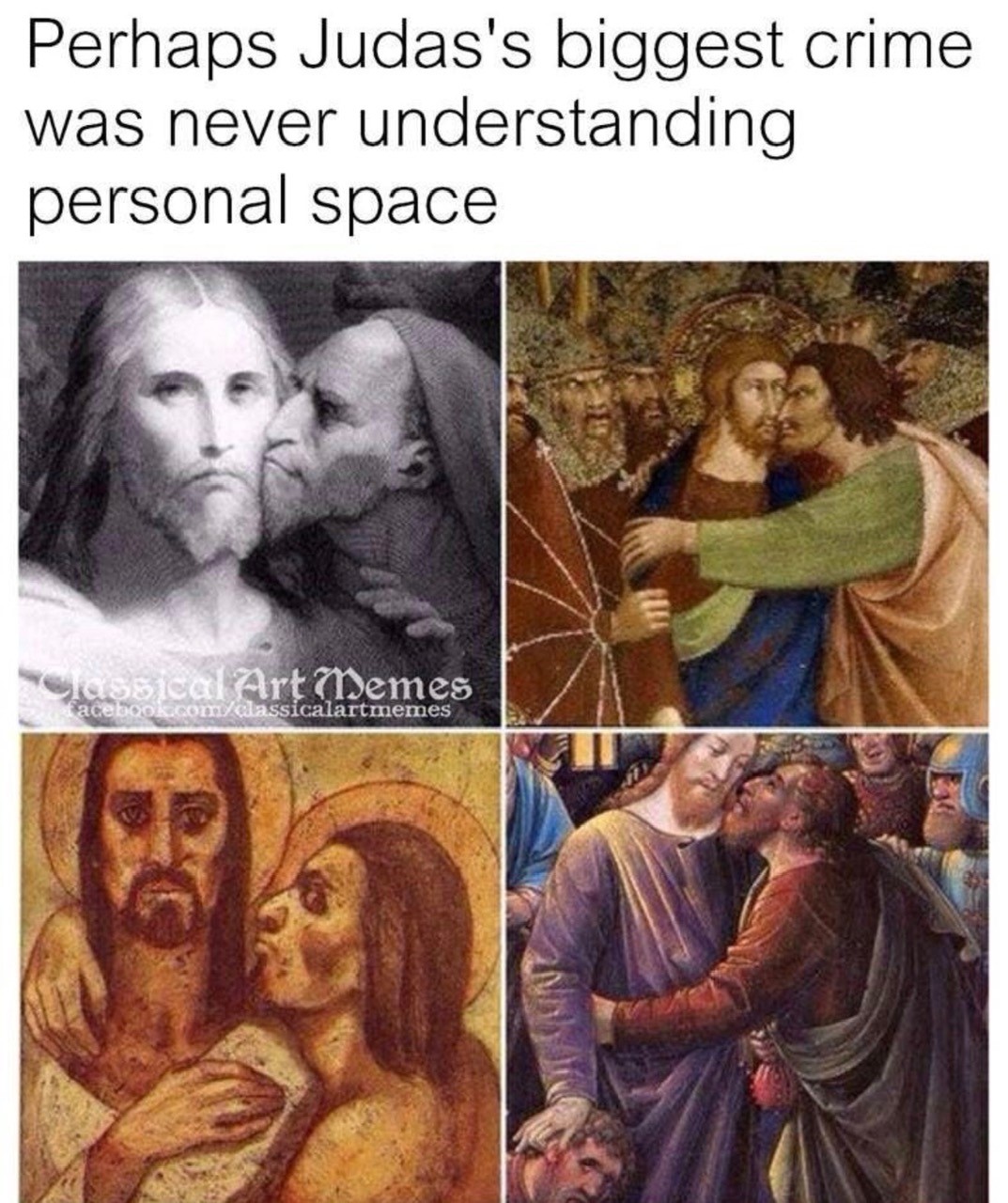 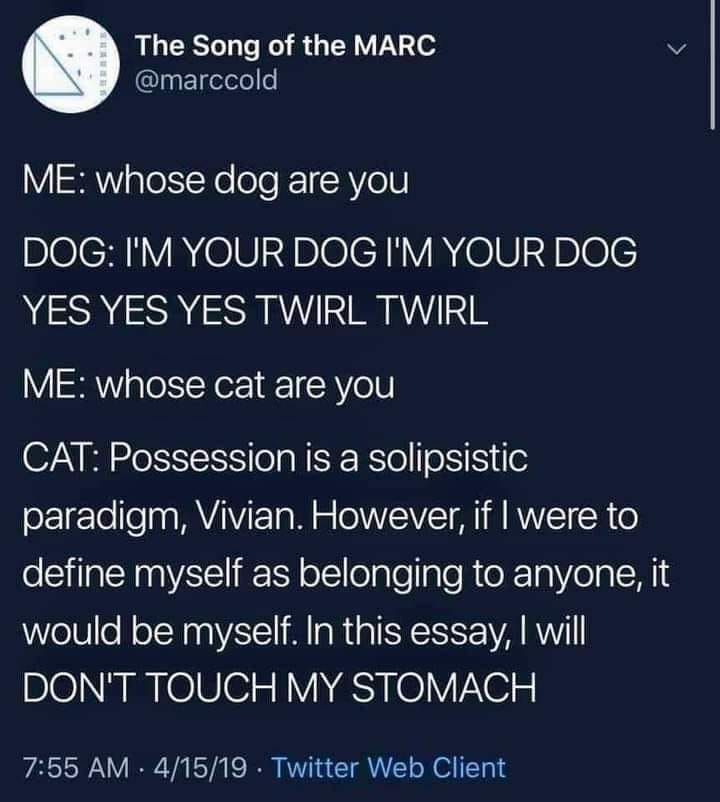 The cartoon below appeared on Facebook, and though I usually won’t post Far Side cartoons, as Larson has asked that people don’t do that, I couldn’t resist this one time: 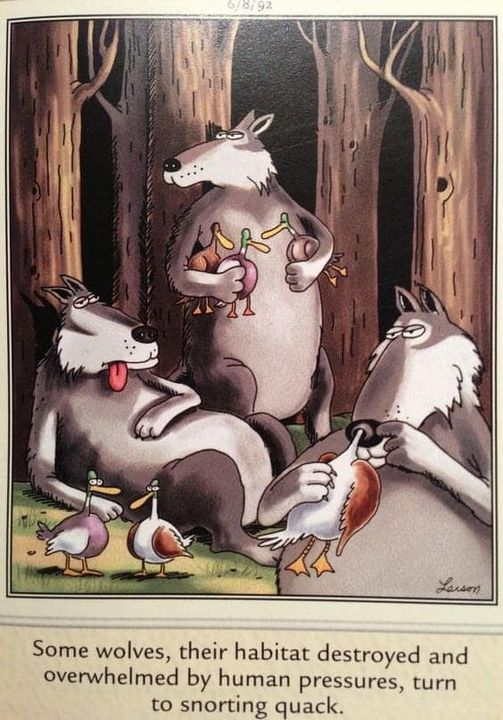 Tweets from Matthew: This first one is part of a series of four, but after the first you can skip to the last one to see the link to the full story, which is here (in three parts). Do read it if you have time.

Lisette Moru, teenage French resistance fighter, had the force to smile at the Auschwitz photographer. https://t.co/8D1T1dVLTc

The story of Lisette is also available in english. The image shows her at Auschwitz, smiling, as if she is challenging her executioners in some way. Her show of defiance in one of the darkest places in human history inspired a quest ⬇️ https://t.co/xrHf7YUbKi pic.twitter.com/Peo6V2ieUN

A tweet from Gethyn, also sent by Dom and several others. Not impossible, but what the hell is going on here?

Today I saw the impossible pic.twitter.com/GXc8RO1eyQ

A tweet from Barry, who hopes the television wasn’t damaged:

From Frank: a sheepdog herding ducklings from voice commands!

How to get your ducks in a row.. pic.twitter.com/VZewjdED0s

More tweets from Matthew.  This first one assumes a new meaning when you realize that the woman was wearing it, as Matthew said, “at an anti lockdown anti vaxx demo in London today” [yesterday when you read this]. She was trying to make the point that her “oppression” due to her antiscience views was equivalent to the oppression of the Jews during the war. Bad move!

What I’ve said there does in fact illustrate one of a number of key differences between this woman’s situation and my grandparents in Germany in the 1930s. She has that option.

Nikolai Vavilov is a sort of hero to many geneticists because he died for defying the charlatan Lysenko and standing up for how genetics really works.

Excited that my Nautilus article on Nikolai Vavilov is live.
There are very few people in my pantheon of intellectual idols. Vavilov is one of them.
If you could RETWEET this, I'd be in your debt. https://t.co/H3cSRS3f2h

I would be delighted to have a bear visit my yard!

A great example of showcasing how most of the times wildlife exists in our space but we dont notice. More often than they see us and hide or stand still waiting for us to leave. https://t.co/zvGCCsiaaT