Tomorrow may mark a ten-day hiatus in photo postings, for I’ll be on the road. But do get your photos together during this time, as I’ll need them when I return.

Today we have two contributors in a photo duet I’ll call “The Birds and the Bees”. The readers’ captions are indented, and you can enlarge the photos by clicking on them.

The first contributor is Alex Salcedo, who sends four photos of snail kite that he explains on his website. The photos were taken several years ago at Lake Tohopekaliga in Kissimmee, Florida. 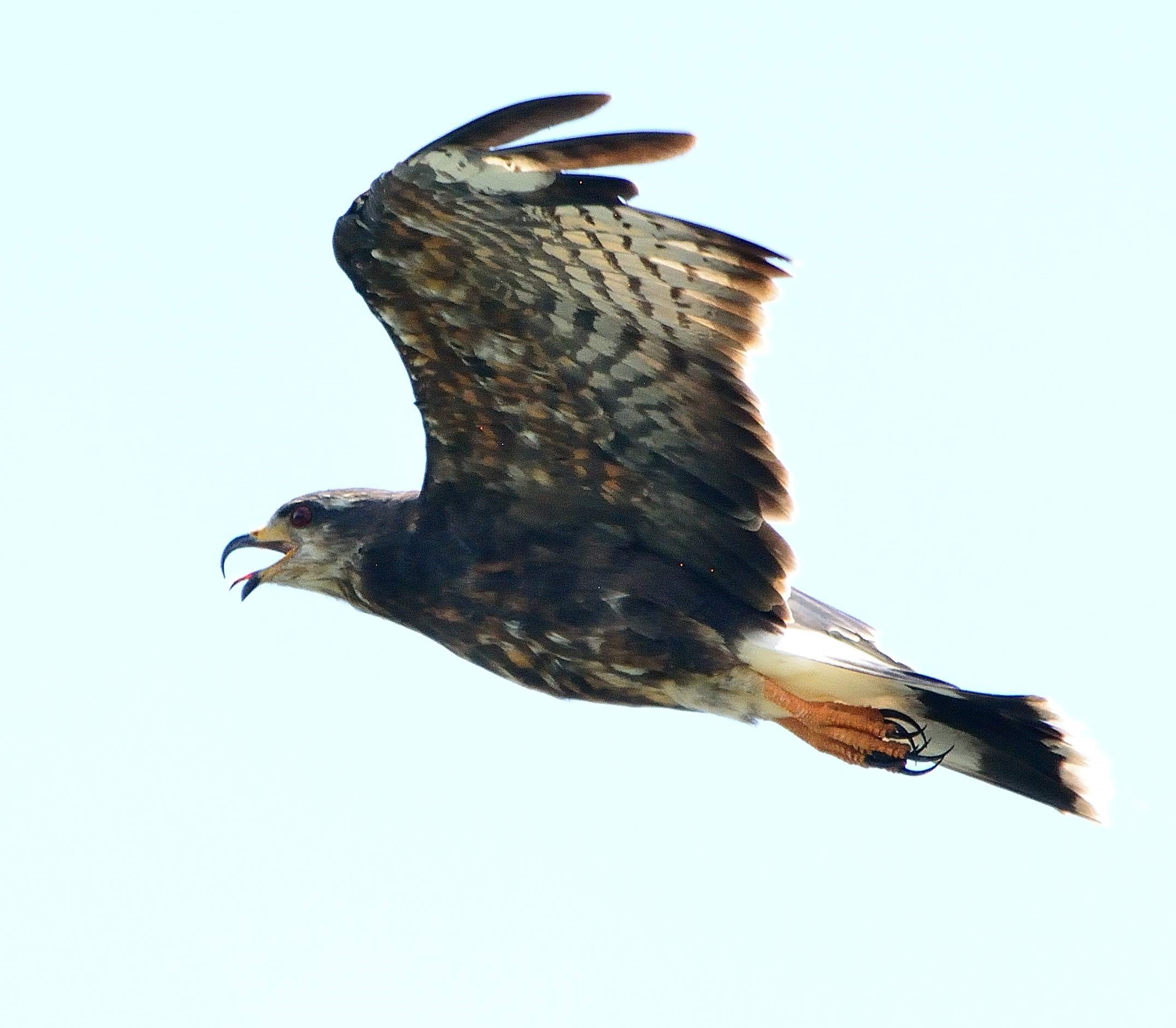 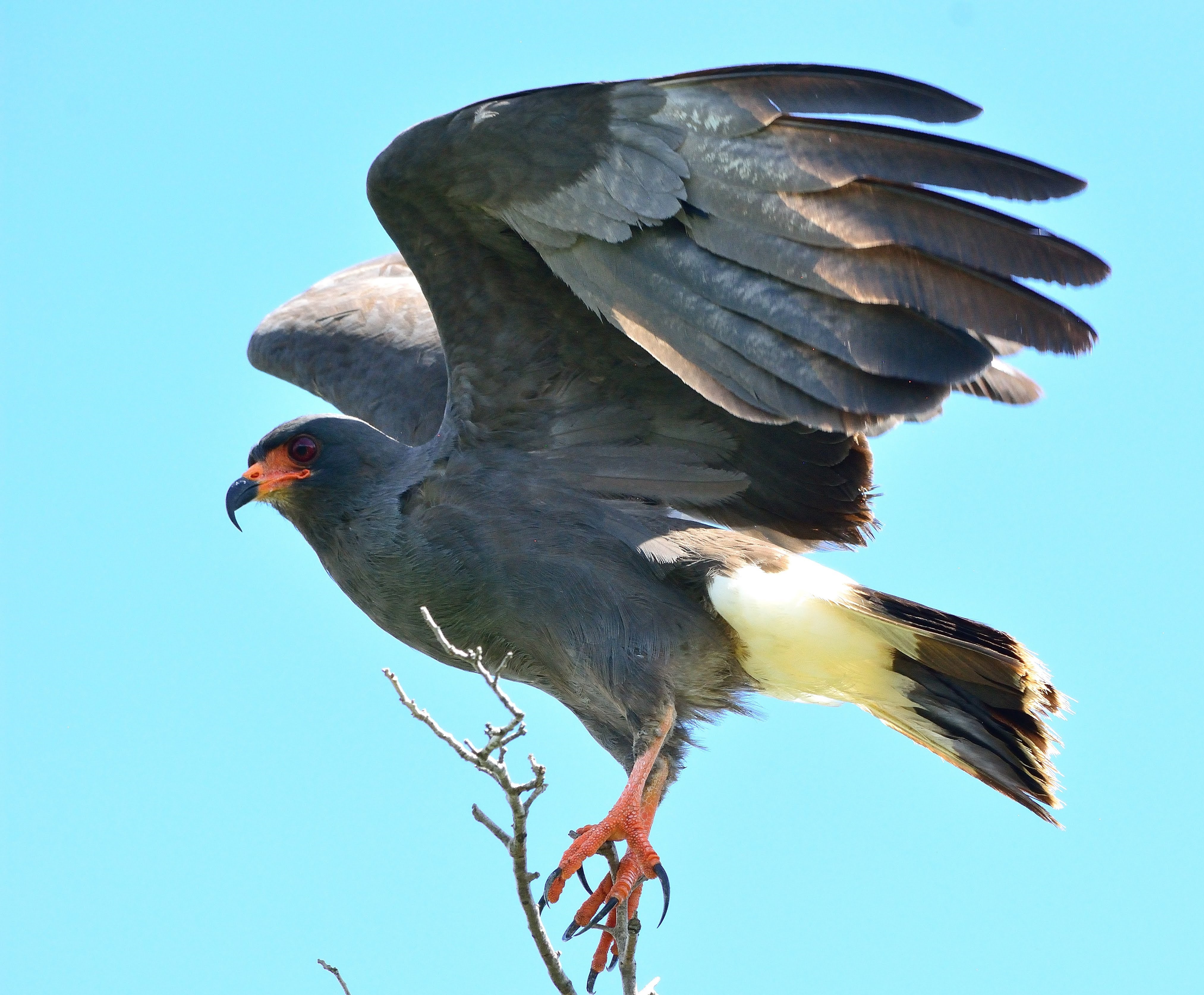 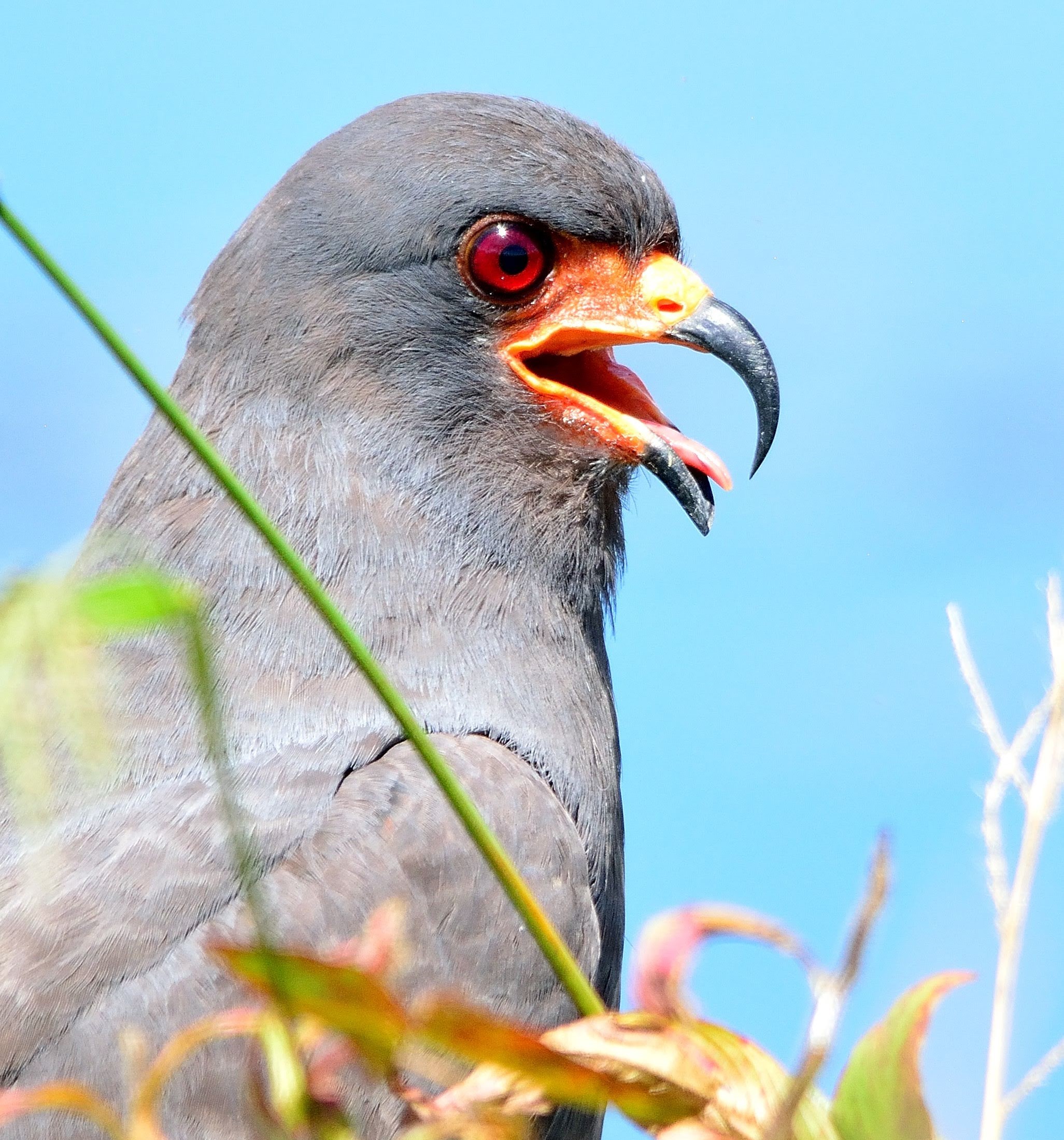 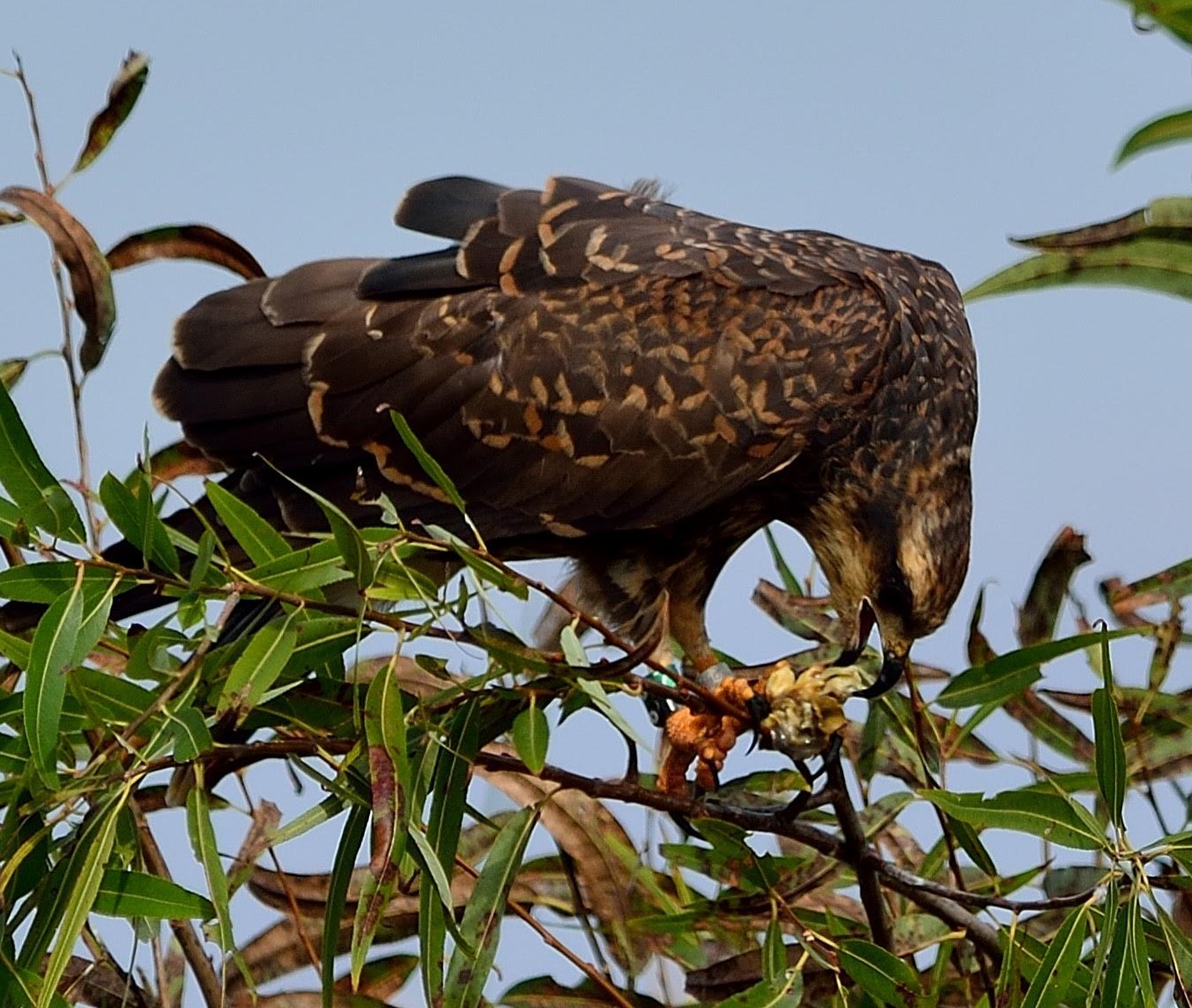 And some flower and bee photos from reader Ron Miksha.

Iceland is more than spectacular volcanoes, ground quakes and rupturing continents. It has bees, too. Some say that the first founder bumble bee blew in with the wind. Others think that Iceland’s first bumble bee hitched a ride aboard a Viking ship, hidden among hay, ponies, and sheep on the 1,000-kilometre journey from the north of the British Isles. Bee DNA shows that Bombus jonellus likely arrived on two distinct occasions, so both theories may be right. More recently, between 1959 and 2010, four other bumble bee species were found in Iceland.  All of these species are well-represented throughout northern Europe and likely arrived as stowaways.

I’m badly color-blind and often mistake my wife for a hat, so Dr. Anselm Kratochwil of the University of Osnabrück has kindly identified the species for me. These photographs were taken in Reykjavik by family members and me.

This is my favourite photo. It was taken on a cool rainy summer’s morning in the hilltop gardens at Hallgrímskirkja (Hallgrímur’s Church). The bees had been foraging the night before and camped out overnight. In the morning, they began twitching their muscles to warm up as soon as the rain ended and the sun shone. On this Centaurea cyanus (bachelor’s button) are Bombus hypnorum, left,  with brown thorax hair and black abdomen, and on the right, Bombus lucorum, the White-tailed bumble bee.  These are different species, of course, so their sharing of a bed was quite surprising. 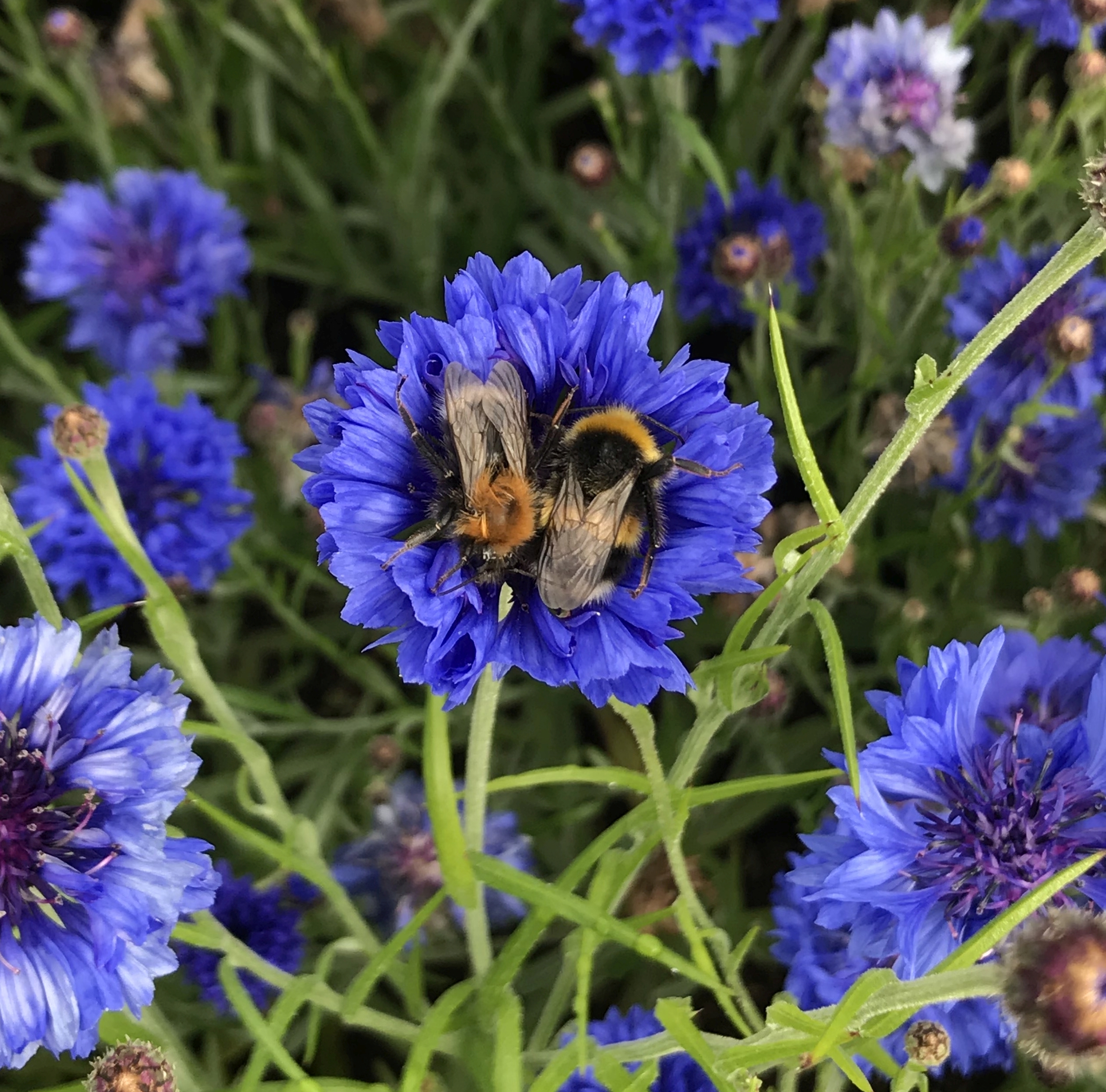 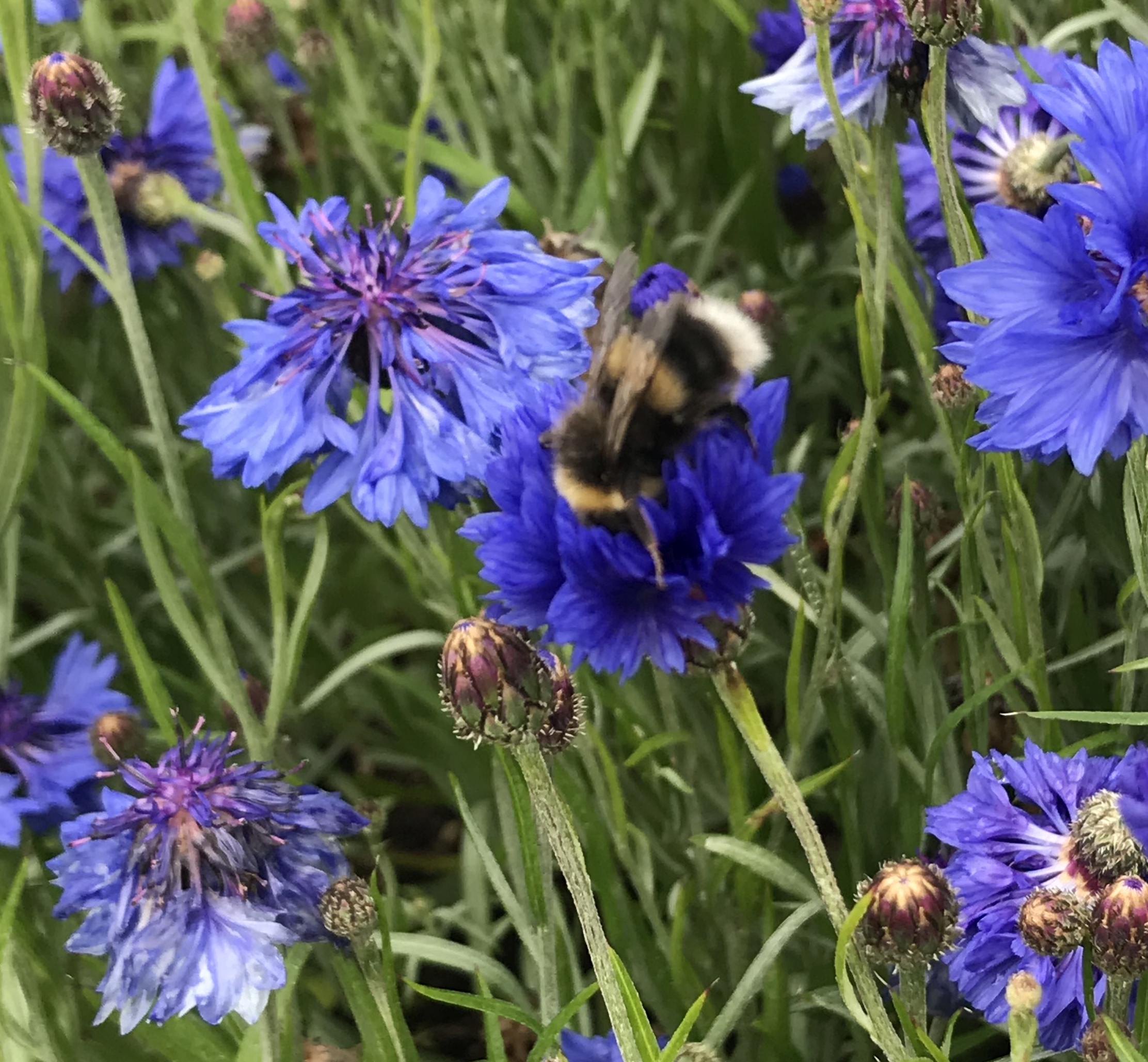 Yet another B. lucorum. It’s important, of course, to not frighten the bee. 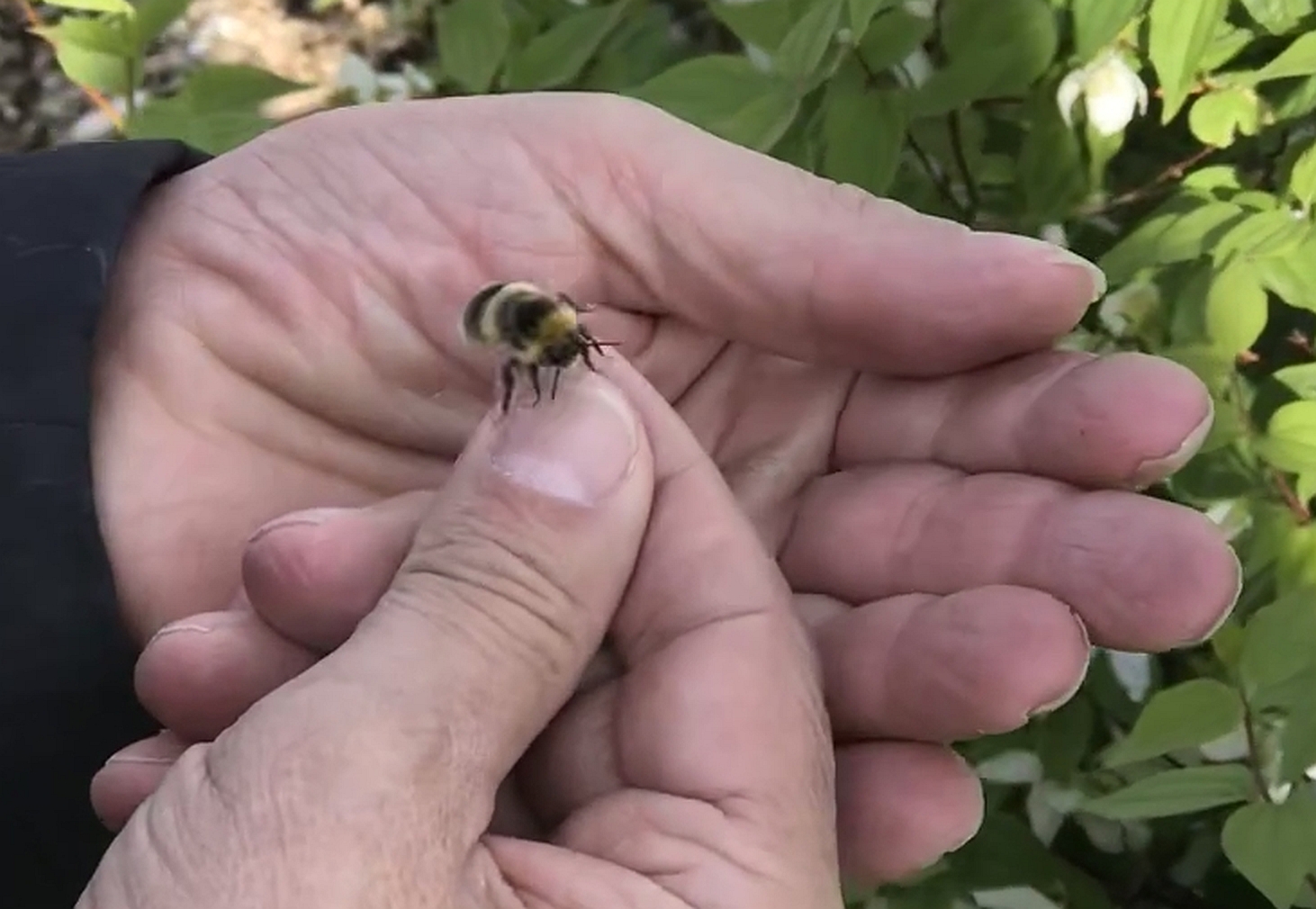 The next bee, Bombus hypnorum, is the newest accidental arrival in Iceland. Once restricted to continental Europe, in the past 20 years it has colonized Britain and Iceland. Typically, Bombus hypnorum has a dark ginger thorax (mid-section) but this one has an unusual black thorax. She is visiting flowers of Syringa vulgaris (lilac). 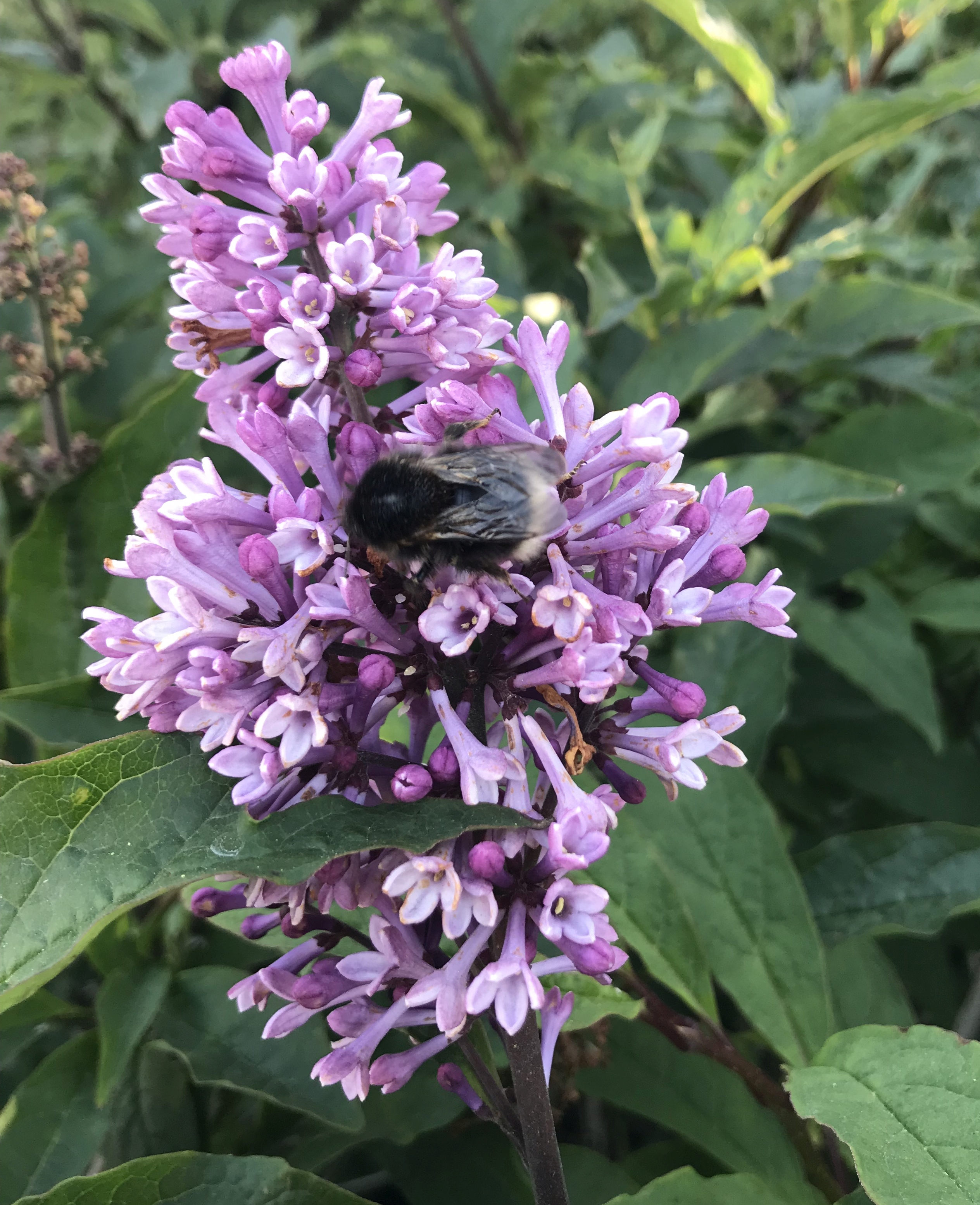 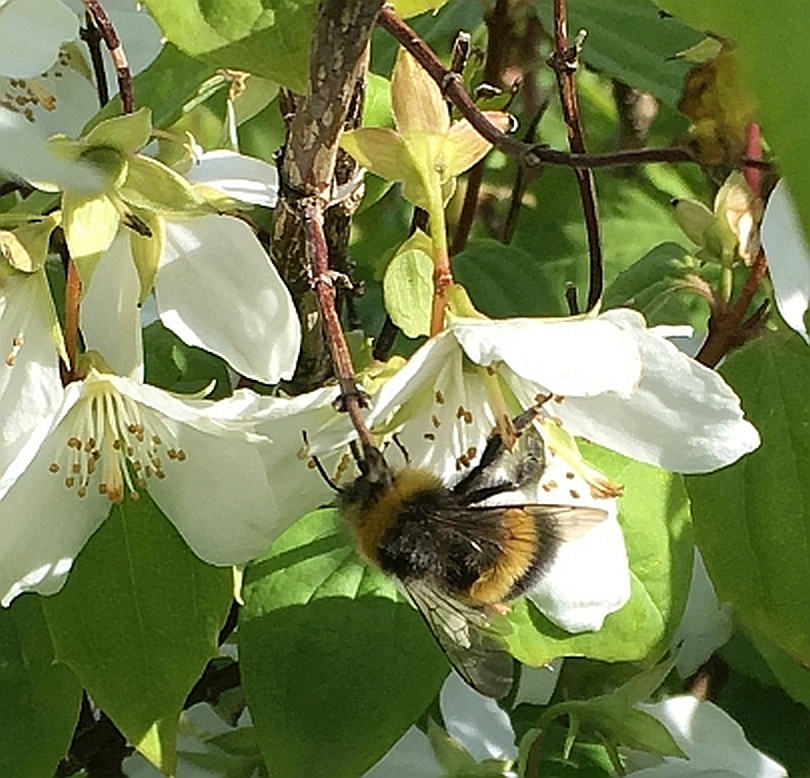 Thanks again to my sister, Jane, who took the best of these photos and to Anselm Kratochwil for all the identifications.