Good morning on Sunday, March 7, 2021, a thin day for all holidays. It’s only National Cereal Day and National Crown Roast of Pork Day.

Today there’s an animated Google Doodle (click on screenshot) honoring Masako Katsura (March 7, 1913-1995) a famous woman Japanese billiards player who competed against men and was known as “The First Lady of Billiards”. She specialized in the three-cushion game, shown in the animation.

Here’s a video about the career of Katsy, with photos and video:

The good news is that the Biden administration’s $1.9 trillion Covid relief bill passed the Senate, but narrowly: 50-49, with all Democrats voting for the proposal and one Republican absent (Senator Dan Sullivan of Alaska, who had a family emergency). But even had Sullivan been there and voted “no”, Kamala Harris would have broken the tie in favor of the bill.  The provisions include these:

It would inject vast amounts of federal resources into the economy, including one-time direct payments of up to $1,400 for hundreds of millions of Americans, jobless aid of $300 a week to last through the summer, money for distributing coronavirus vaccines and relief for states, cities, schools and small businesses struggling during the pandemic.

It also expands tax credits for children. What happens now is that the bill goes back to the House of Representatives so that both chambers agree on a final bill, and after that reconciliation the bill goes to Biden’s desk for signature. If you’re getting a check, and you’re within the income limits, it should go out this month.  This is both a major accomplishment for Biden and also an abandonment of his desire to be “bipartisan”—something that wasn’t realistic anyway. And it’s a good start at giving a hand up to Americans who are in poverty or not far from it.

Below: one of many reasons I hate HuffPost. Although the news they’re conveying is good, they have to tell you that it’s HUGE! and also put a smiley face in the headline to show you how you’re supposed to feel. Even high-school newspapers don’t put emoticons in the news, for crying out loud. 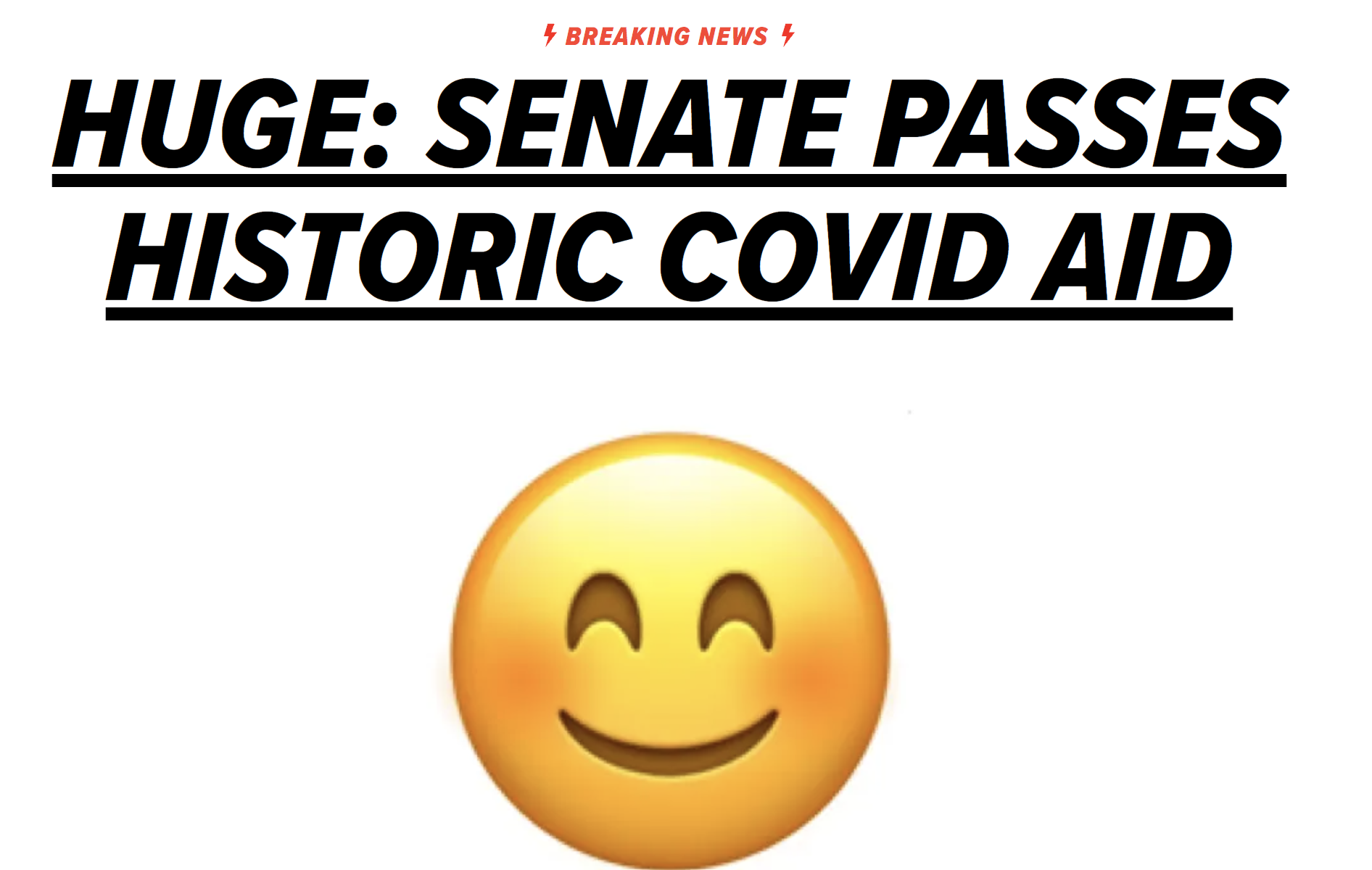 Religion poisons everything department: All over the news, and hailed as an example of interfaith harmony, is Pope Francis’s visit to Iraq and his meeting with the highest Shi’ite ayatollah (photo below). The thing is, if there were no religion, there wouldn’t be a reason for Iraq to have persecuted its Christian minority (and gays and women, etc. etc.) for decades. There would be no need for interfaith harmony because there would be no faiths.

Jack Dorsey, the co-founder of Twitter, is actually auctioning off the very first tweet (his own) to appear on that site, and bidding has reached $2.5 million!  The expensive tweet:

just setting up my twttr

Now how can you auction off a tweet?, you ask.  The BBC says this:

It will be sold as a non-fungible token (NFT) – a unique digital certificate that states who owns a photo, video or other form of online media.

The buyer will receive a certificate, digitally signed and verified by Mr Dorsey, as well as the metadata of the original tweet. The data will include information such as the time the tweet was posted and its text contents.

What chowderhead would pay $2.5 million for that? (h/t Jez)

Stuff that happened on March 7 includes:

Here’s one bit of the patent: 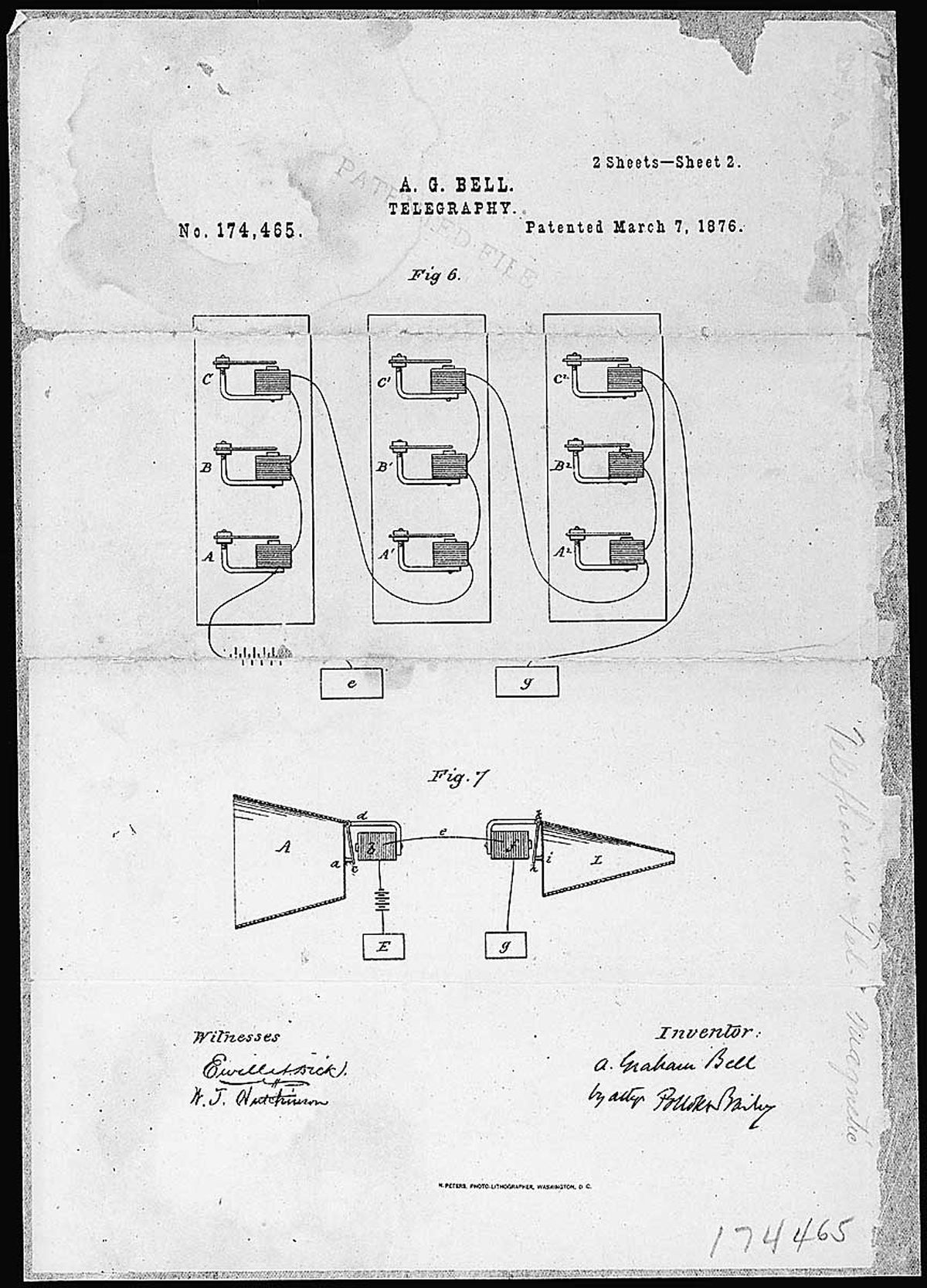 The Germans tried mightily to destroy the bridge, which enabled the Allies to establish over 100,000 men on the Eastern side of the Rhine. German artillery finally succeeded in bringing it down, but pontoon bridges were erected to complete the crossing. Here’s a photo of that famous bridge, with the Wikipedia caption,

A side view of the Remagen Bridge in March 1945 before it collapsed into the Rhine. Claude Musgrove took this picture of the famous Ludendorff Bridge over the Rhine River at Remagen, Germany. The smoke under and behind the bridge is from German artillery rounds trying to destroy the miraculously surviving link that let Allied forces cross the river.

“The Bridge at Remagen” was a 1969 movie starring George Segal, Ben Gazzara and Robert Vaughn.

All the remains were discovered. It’s still not clear whether any of the crew remained conscious for the nearly 3-minute fall to the ocean.  Here’s the live CNN video; I was watching at the time:

Wagner-Jauregg got the prize for one of the discoveries that ultimately didn’t pan out: “”for his discovery of the therapeutic value of malaria inoculation in the treatment of dementia paralytica“.  This is a form of dementia caused by syphillis, and is now cured with antibiotics. I’m not sure how well it worked back then, but the malaria killed 15% of the patients (dementia paralytica, however, was invariably fatal, and is what killed Theo van Gogh).

Heydrich (below) was assassinated by the Czech army in exile, but the Nazis took revenge by destroying two Czech villages, Lidice and Ležáky, shooting every male over 16 and sending everybody else to concentration camps, where they died. The villages had nothing to do with Heydrich’s killing, and this is one of the most brutal actions against civilians during the war. 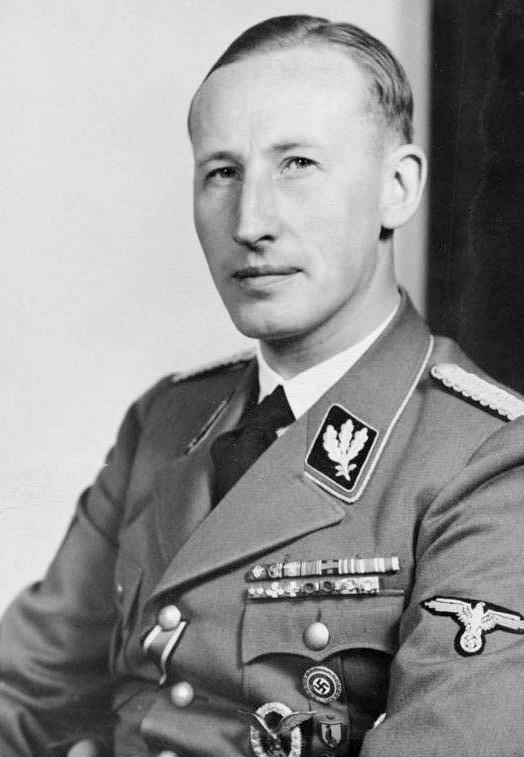 Magnani, a terrific actor, won the Best Actress Oscar in 1956 for her role in the movie The Rose Tattoo, which Tennessee Williams wrote especially for her. Here’s a clip:

Weisz also won an Oscar for Best Supporting Actress in the movie “The Constant Gardner“.  It also starred Ralph Fiennes; here’s the trailer:

Those who expired on March 7 include:

Parks became famous for photographic documentation of African-American life in Chicago; in fact, part of the University of Chicago’s Laboratory School is named the “Gordon Parks Arts Hall“. I walk by it on my way to and from work. Here’s one of his photos: 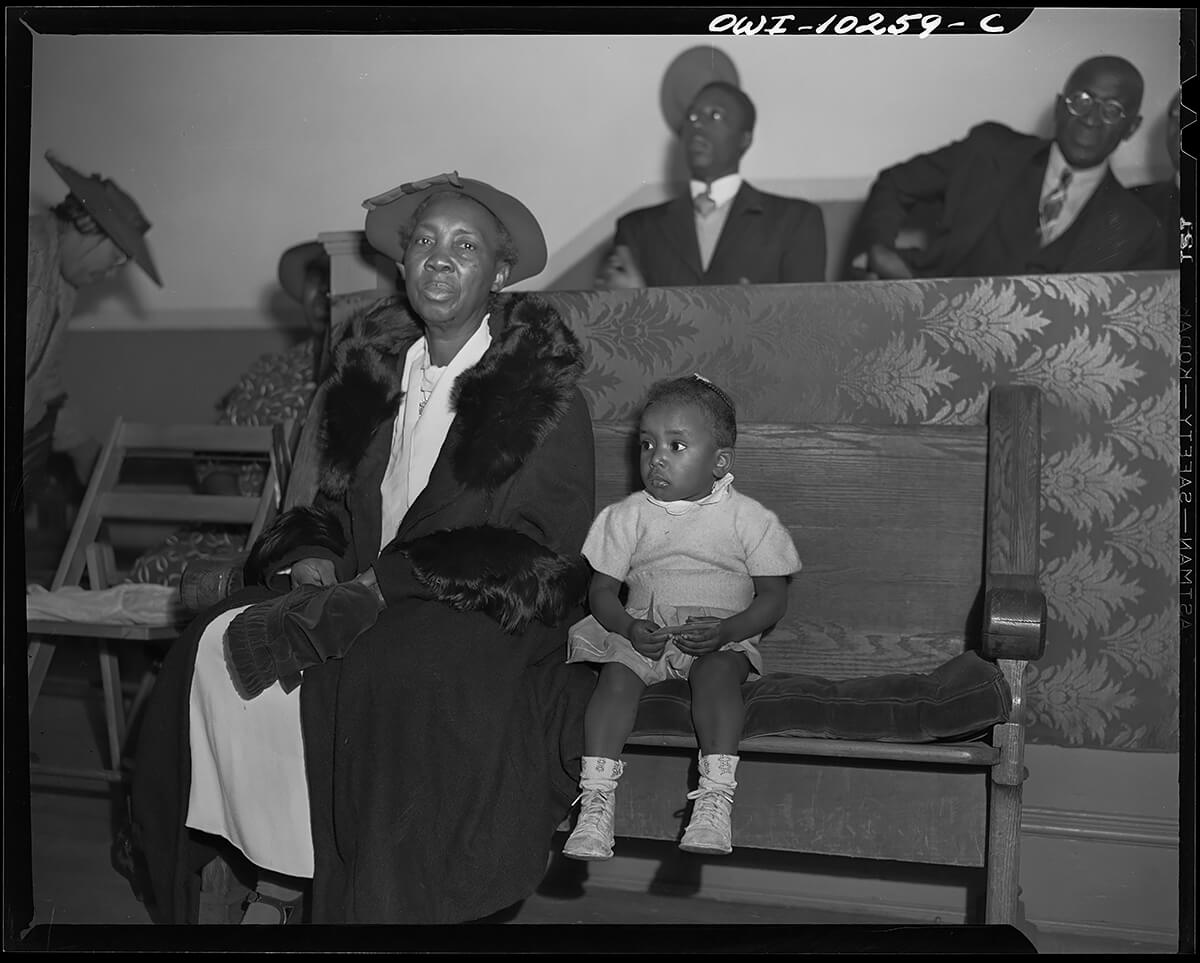 Meanwhile in Dobrzyn, Hili is brusque: 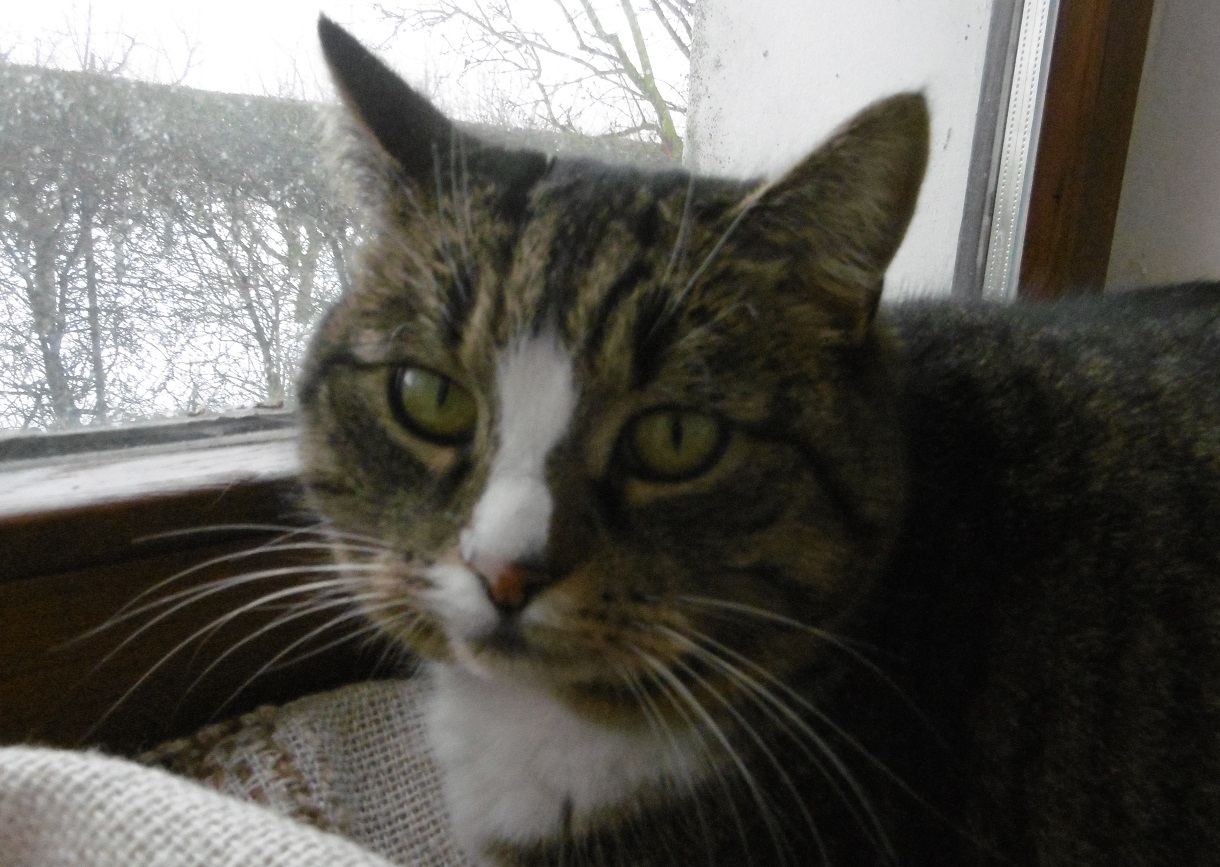 And little Kulka, now a teenager, is up in the trees again. (Photo by Paulina) 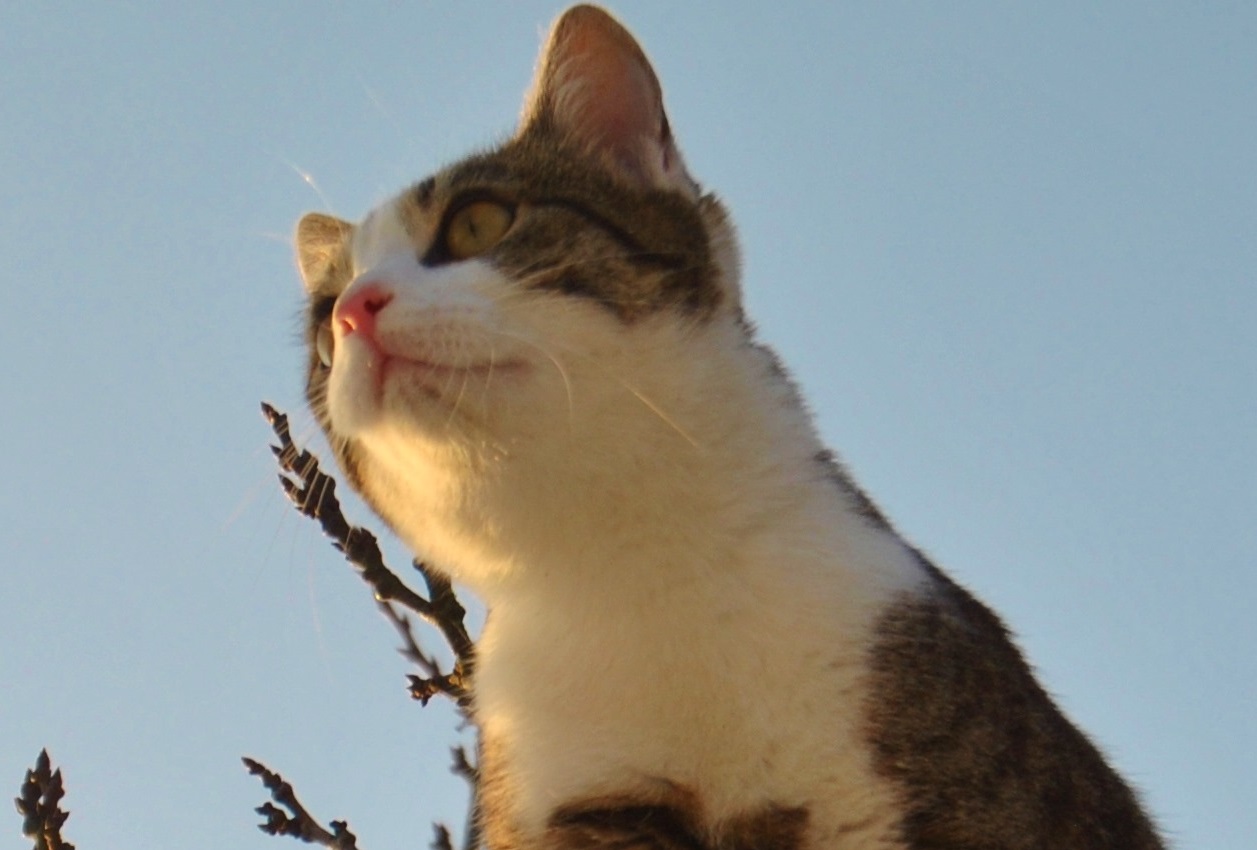 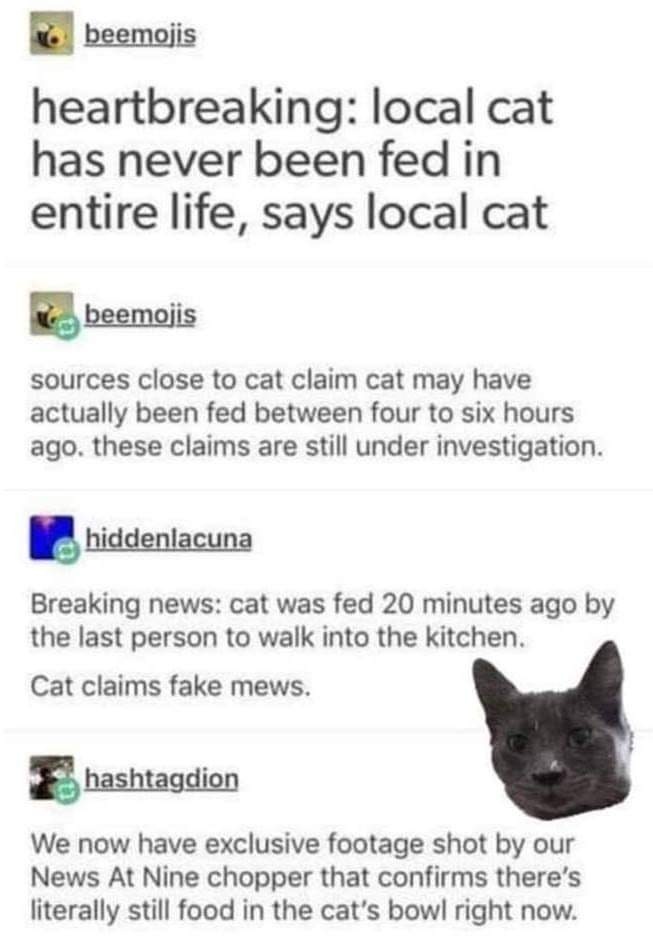 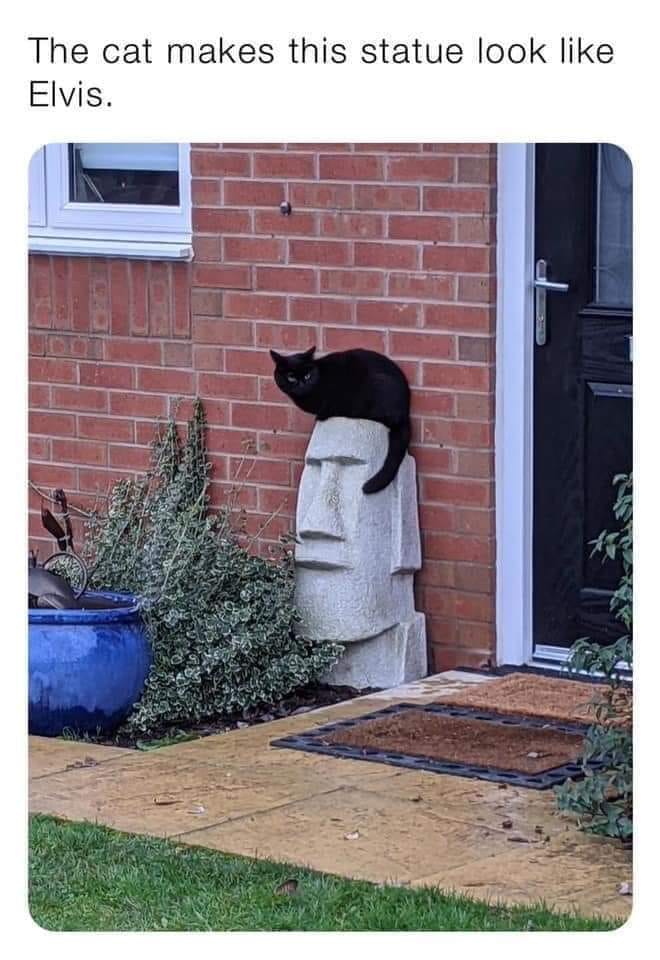 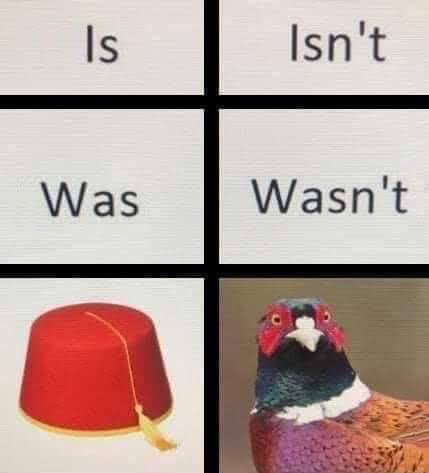 Columbia University is having a big graduation ceremony but then all the ethnic groups split off for another mini-ceremony. Two points. Where is the “Jewish graduation”? Are we not oppressed, too? And why are they lumping low income students with first generation students? What is the commonality there? There is no end to this kind of fractionation.

I found this pretty surprising — that Columbia is hosting separate graduation ceremonies by race and sexual orientation — but when I mentioned this to a friend, he was like "NBD, this happened at my school a decade ago…" https://t.co/4gNnGmt0TD… pic.twitter.com/hFks2twBpn

From Barry Look at this needy cat!

Tweets from Matthew. I wish my ducks would eat greens!

A prize-winning wasp photo. My translation: “This photo of two wasps approaching their nest holes won the prize in the category Animal Behavior: Invertebrates. Deschandol captured the moment in the vicinity of his house by by installing an infrared trigger.” #PictureOfTheDay#BildDesTages“

When your mum took you to the doctor's & she would chat shite with anyone pic.twitter.com/58HtLn1m7S

Soon, I hope, we’ll see real video from Perseverance instead of concatenated images. Here’s a faux video from the 33-minute test of the rover two days ago:

Have a nice ride!
This 3D visualization is based on the images taken by @NASAPersevere#Mars2020 #Perseverance pic.twitter.com/2WGGVnrD2c

A science/linguistics joke tweeted by Matthew:

A student sent me this joke:

Q. What do Americans call CRISPR?

Science burn! A Nature paper describing feather lice captured in amber apparently feeding on dinosaur feathers was apparently incorrect. David Grimaldi and Isabelle Via showed that in all probability they weren’t parasites but scale insects, probably trapped in amber while feeding on the tree (their rebuttal paper is here).