Today’s lovely photos come from Tony Eales in Queensland, and are a potpourri of plants and animals. His captions are indented, and you can click on the photos to enlarge them.

I was recently in tropical north Queensland for work and decided to take a couple of days ‘time off in lieu’ that was owed me and visit the world heritage rainforests of the Atherton Tablelands.

Oh my ceiling cat! I managed to tick off three of my life-time bucket-list organisms in two days, along with many other amazing species which I’ll send in another email.

First the setting. I spent my days searching around the Lake Eacham National Park. The centrepiece of the park is a crater lake in an extinct volcanic caldera but I was told about an unsigned track down a closed road that went into the forest to some cascades on Wrights Creek that runs between Lake Eacham and Lake Barrine. 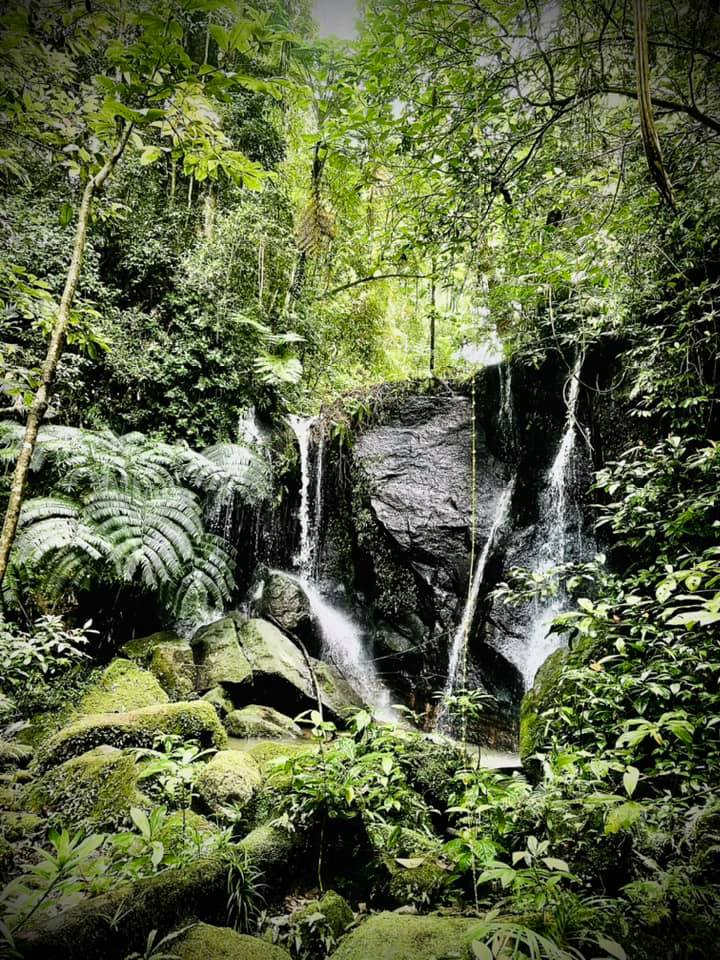 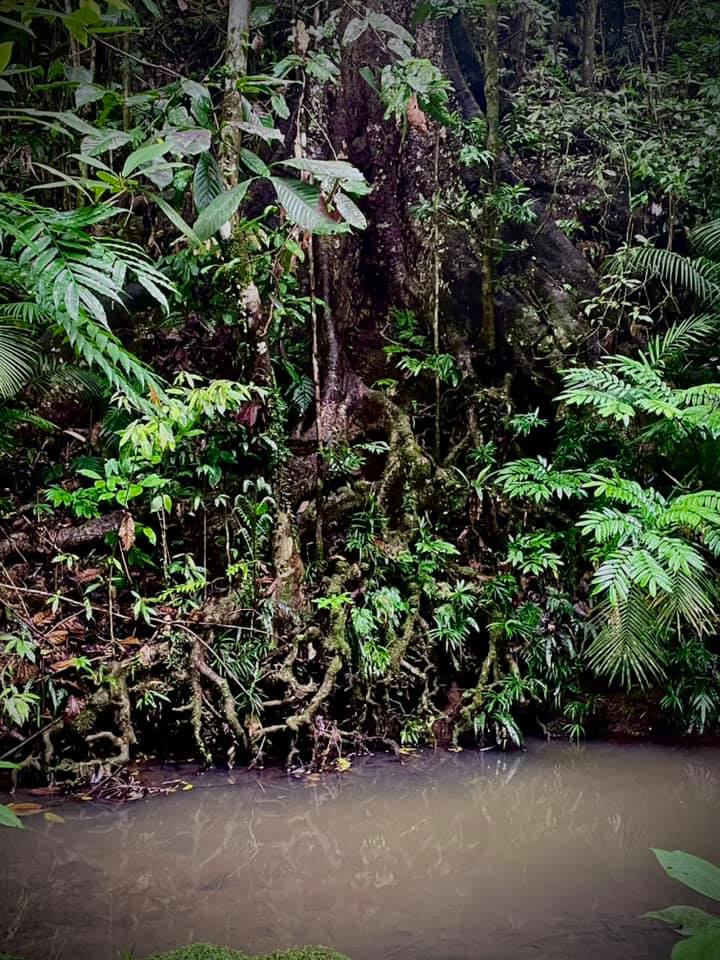 At night I went to Curtain Fig National Park, which is a small patch of primary forest just outside the little town of Yungaburra. 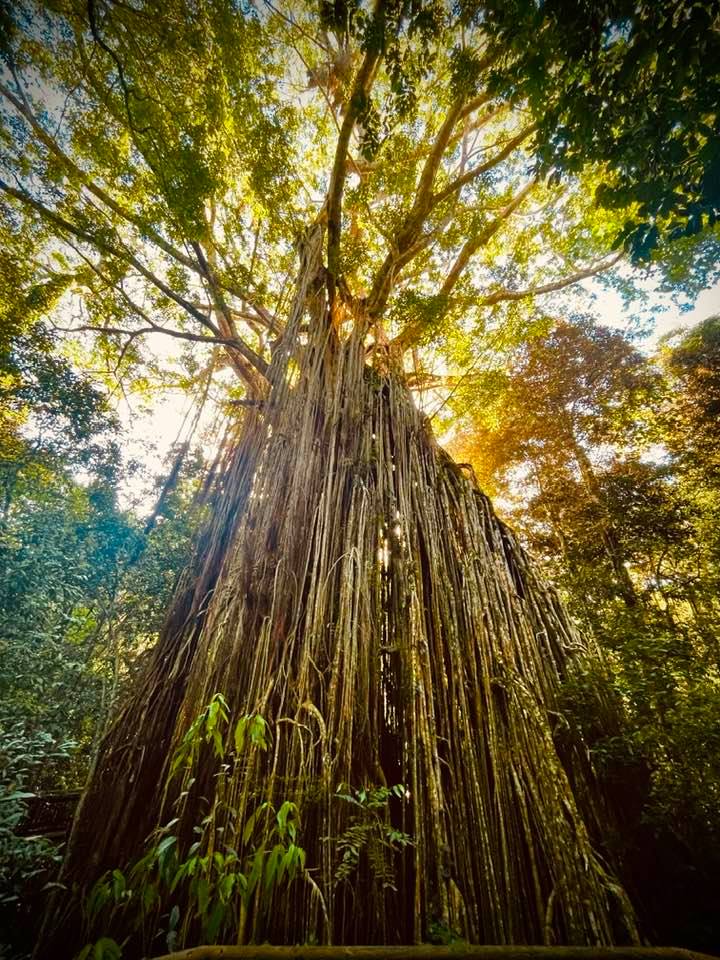 It was in this little forest that I saw my bucket-list creatures.

A Boyd’s Forest Dragon (Lophosaurus boydii). I was searching through hanging leaves at night looking for insects and spiders to photograph when I found myself almost eyeball to eyeball with this beautiful lizard. 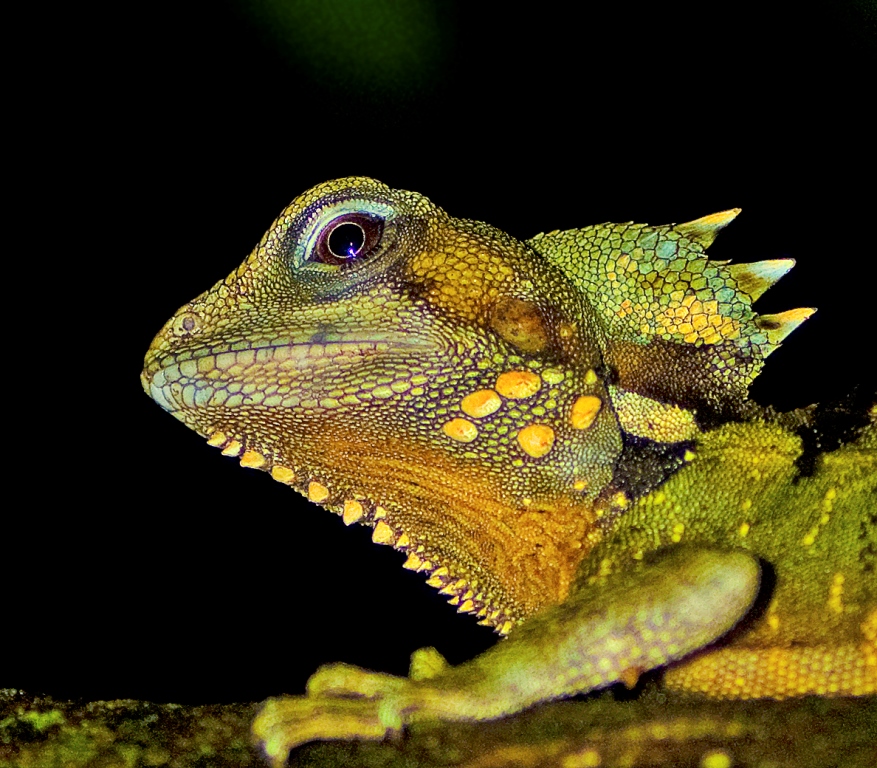 Lucky too, for during the day they have a habit of moving around the tree trunk such that it is always between you and the lizard, thus you often pass them without ever knowing they are there. 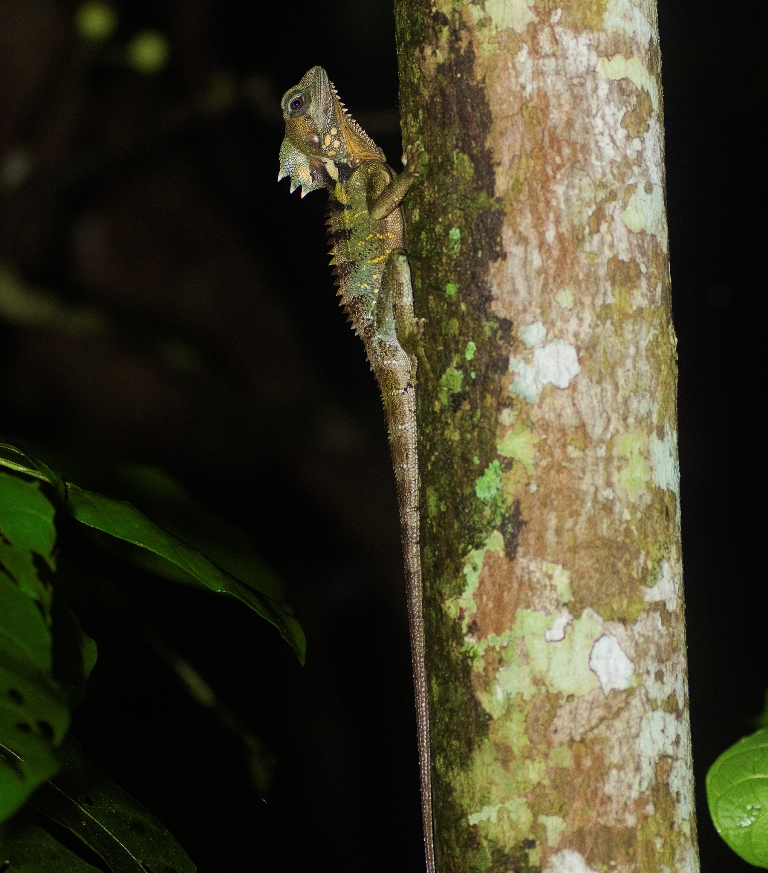 The last night I was there I stayed in the forest on dusk, hoping to catch a glimpse of the Lumholtz’s Tree Kangaroos (Dendrolagus lumholtzi) that I knew lived there. I gave up and went back to town to sit by the Platypus viewing platform hoping I’d have better luck with the monotremes. There, right beside the main road in a tree next to the bridge, was a tree kangaroo. 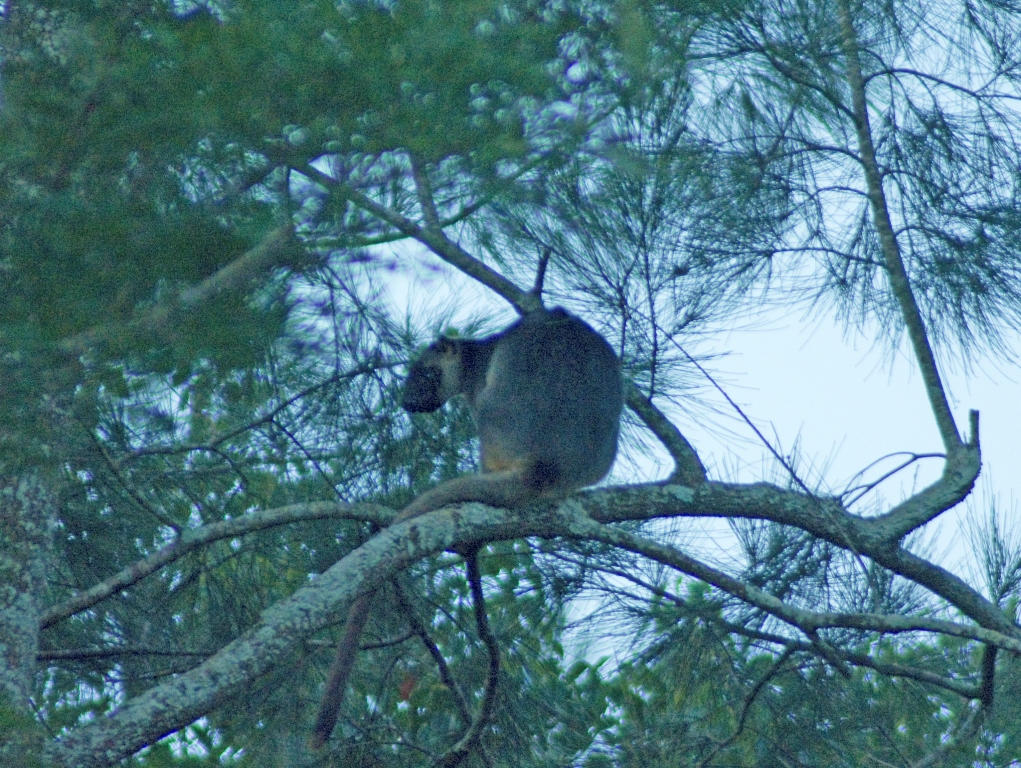 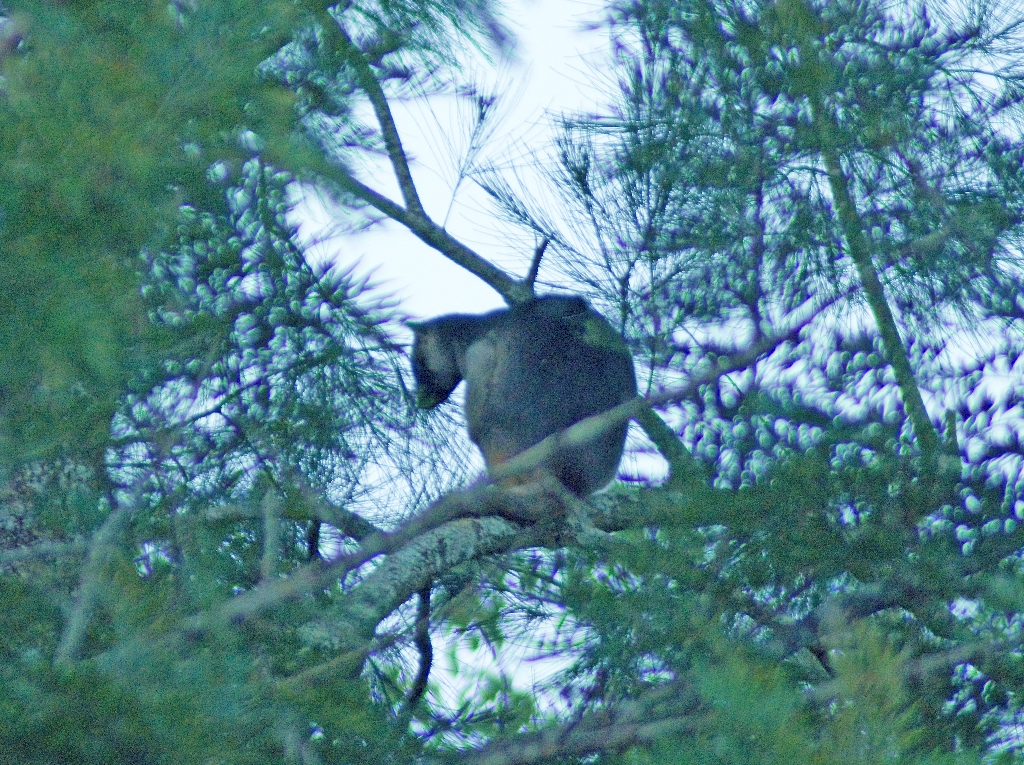 And the most exciting for me though perhaps not for everyone, I saw my first Velvet Worm. I have a real thing for small phylum. These creatures have fascinated me ever since I learned of them in high school biology then later when they were featured in David Attenborough’s 2005 documentary Life in the Undergrowth. Now I have finally seen one I am not disappointed. They are amazing to watch move but I hope one day to see one take down prey.

This one is in the family Peripatopsidae or Southern Velvet Worms—the only Velvet Worm family in Australia. 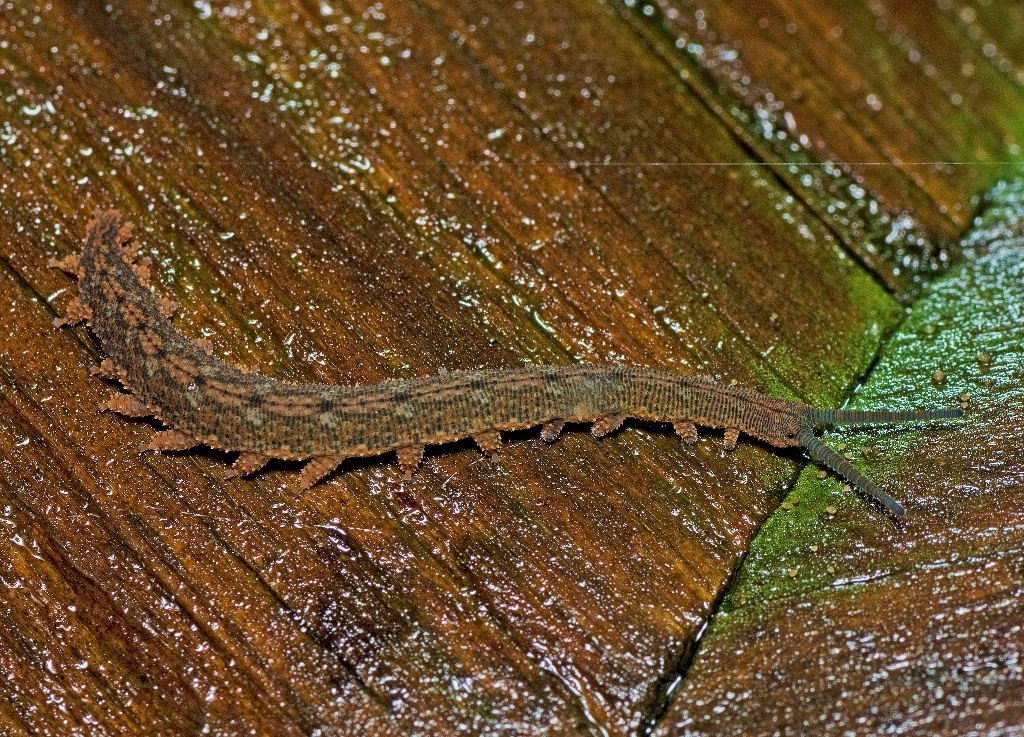 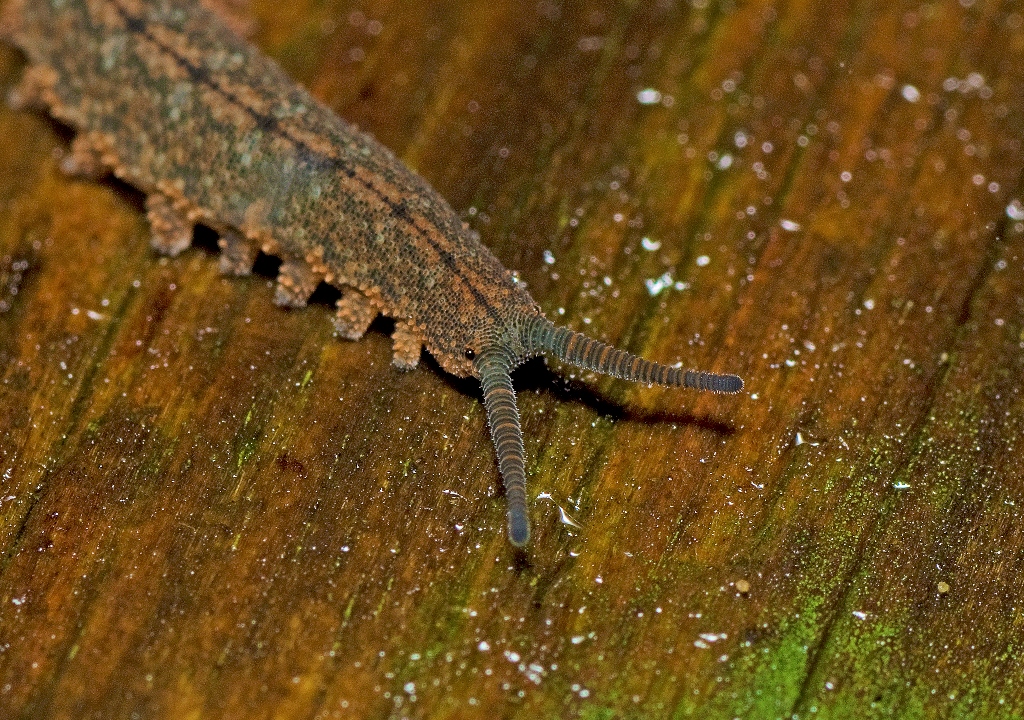 I missed out on seeing the famous Stalk-eyed Flies in Borneo that are in the family Diopsidae. However, at Curtain Fig NP I was able to ‘next-best-thing’ it with Stalk-eyed Signal Flies (Achias sp.) in the family Platystomatidae. I was very pleased. 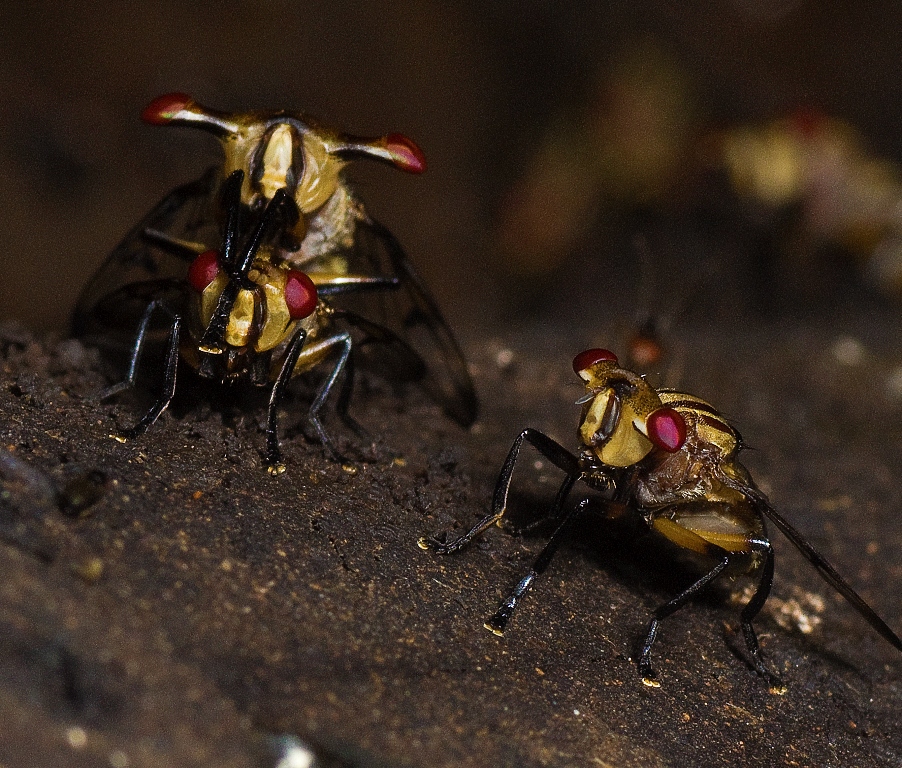 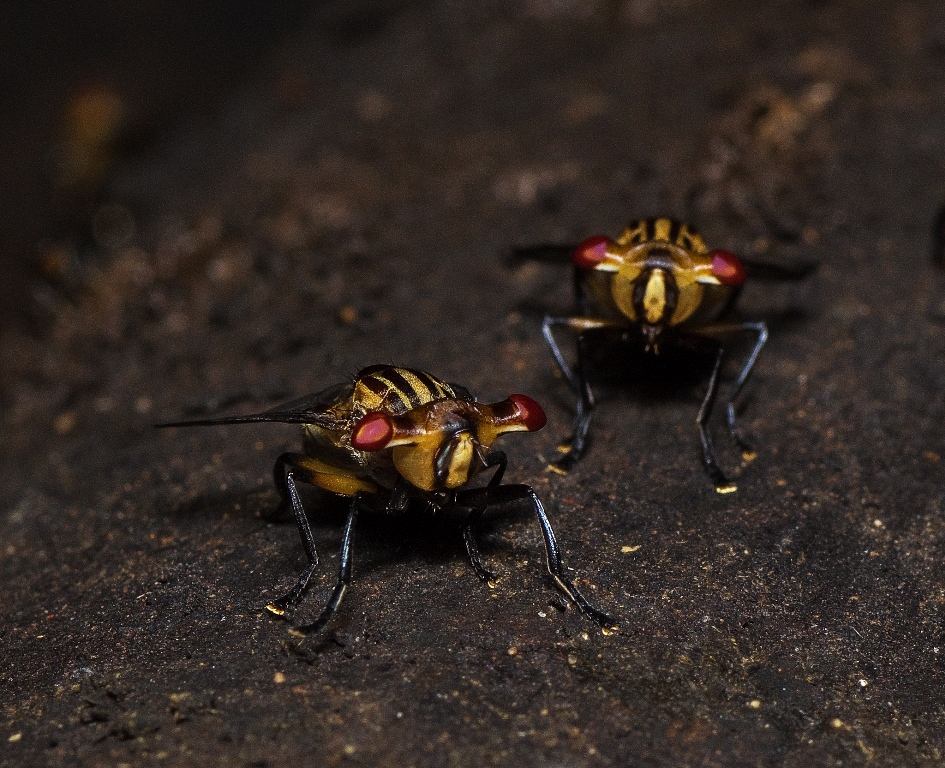