Well, for a couple of days we’ll be tackling views that certain organizations or behaviors are racist. There’s not much stuff to write about at present besides the “racialization of America”—a tricky topic at best.

Some accusations are more important than others, and this is surely one of the less important ones. I don’t think that getting rid of acronyms is going to eliminate bigotry from society (indeed, I don’t know, given the reasons why acronyms are seen to be racist, what one could replace them with). It’s just a sign of how race-conscious and touchy certain segments of America have become. And, tracking down the source of this mishigass, I came upon an interesting paper.

First, the article from SFGate about the racism of acronyms (click on screenshot):

After going through the decision of the San Francisco Unified School District’s (SFUSD, note that it’s an ACRONYM!) to rename 44 public schools, the article gets down to business:

The district’s arts department has decided to change its name, “VAPA” (visual and performing arts) to “SFUSD Arts Department” because they say “acronyms are a symptom of white supremacy culture,” reports ABC7

“The use of so many acronyms within the educational field often tends to alienate those who may not speak English to understand the acronym,” Sam Bass, Director of the SFUSD Arts Department, explained in a letter to the station.

According to ABC7, that theory may come from a paper written in 1999 by author Tema Okun titled “White Supremacy Culture.” It posits that culture perpetuates racism when things continue to be written down in a certain way.

It’s unclear if any of the hundreds of acronyms used in the district’s work, on their website and in their own name will also be changed. The school district said there is no official district-wide policy yet.

But why is “VAPA” alienating to those who have more trouble with the phrase “Visual and Performing Arts”? Why is it racist?

Oh, and ABC7 inquired of the mayor:

When we asked Mayor London Breed for her opinion, she was confused and thought we were asking her about the issue of renaming schools.

“We definitely need to have a robust conversation about what we need to do but not a rushed conversation,” said Mayor Breed.

Well, goodbye NAACP, NASA, SUFD, and, for that matter, USA. But for the life of me, I can’t see a scintilla of racism in using acronyms.  After all, NAACP is an African-American organization! And the rights of blacks have long been defended by the ACLU (American Civil Liberties Union), which doesn’t seem to have grasped its own racism.

To further investigate the issue, I looked up Tema Okun’s 8-page paper, originally taken from Dismantling Racism: A Workbook for Social Change Groups, by Kenneth Jones and Tema Okun.

Click on the screenshot to learn the characteristics of “white supremacy culture”:

Here are the characteristics of “white supremacy culture” as outlined by Okun. Many of these seem to have influenced the Smithsonian Institution’s now-removed exhibit poster on White Culture:

The lack of capitals comes from the original paper. Now I’m not sure how Okun discerned that these are characteristics of white supremacy culture versus white culture versus any other culture, but the salient point is that there’s nothing in here about acronyms. The only relevant bit is “worship of the written word,” and here’s what it says: 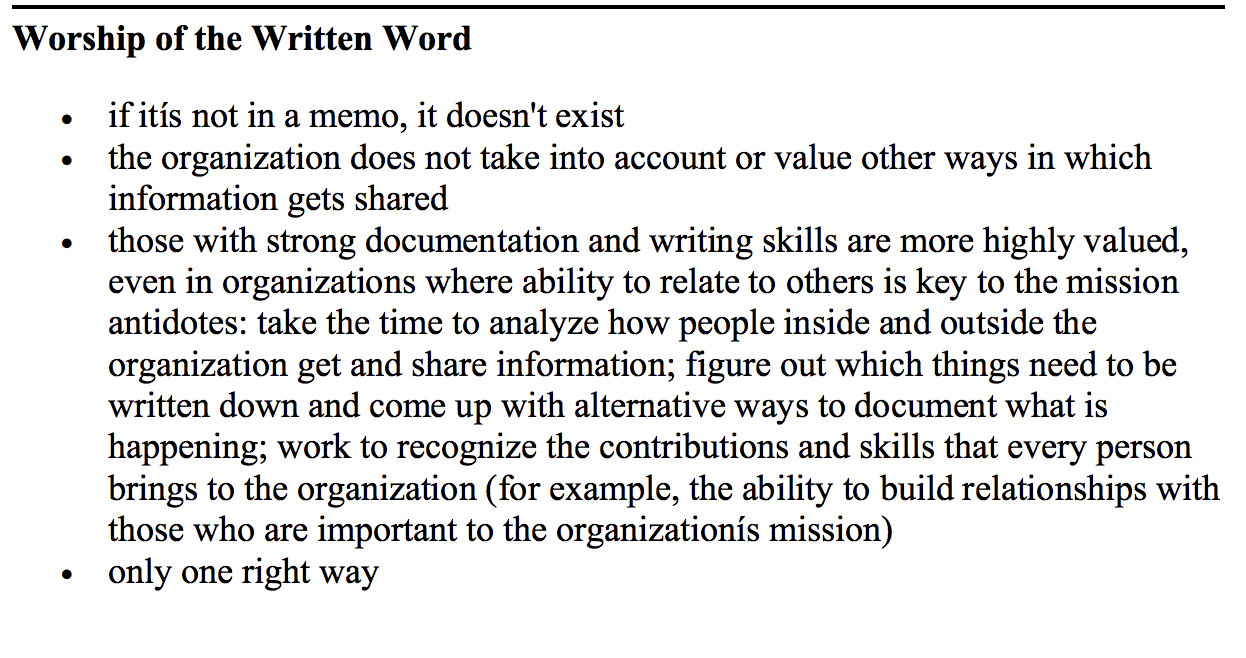 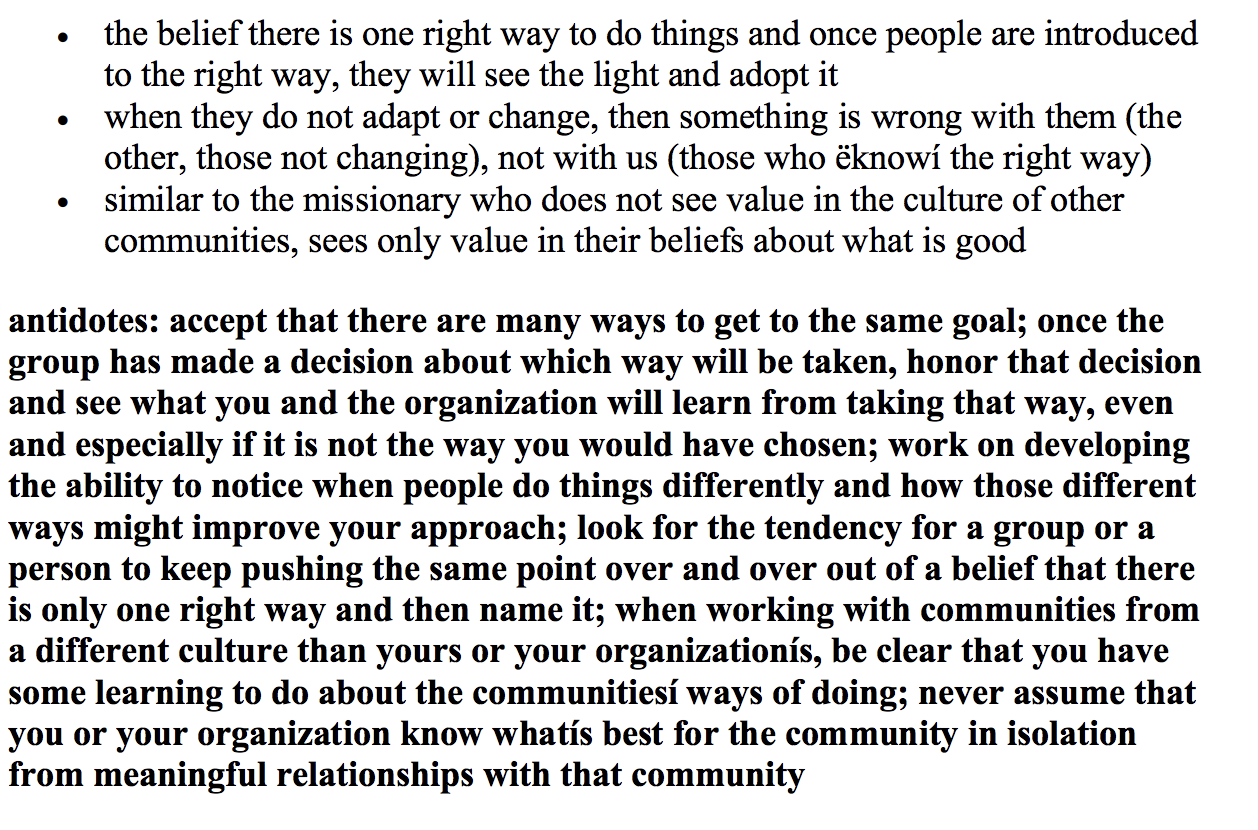 This doesn’t say anything about things “being written down in a certain way”; it criticizes having to write down all things as a characteristic of “white supremacist culture”.

The mystery of the Racist Acronyms remains unsolved. No big deal, but I really do object to cultures characterizing each other in these ways. We talked about this when we dealt with the Smithsonian’s ill-fated effort to characterize “White Culture,” and it’s simply racist and divisive to do this.  The fact is that many of these are aspects of American business culture (and probably business culture worldwide), and while that was largely white for many decades, many of these are pragmatic rules adopted to make organizations more efficient. To see them as “white or black” avoids the necessity of seeing which of these are actually inimical to success or efficiency, regardless of what race you are.

105 thoughts on “Now acronyms are racist”