Welcome to Tuesday, February 2, 2021: National Tater Tot Day. If you’re not a Yank, you may not know that Tater Tots are, as described in Wikipedia, “grated potatoes formed into small cylinders and deep-fried, often served as a side dish.” You can even make them into nachos, though this isn’t a particularly healthy dish (then again, food isn’t medicine): 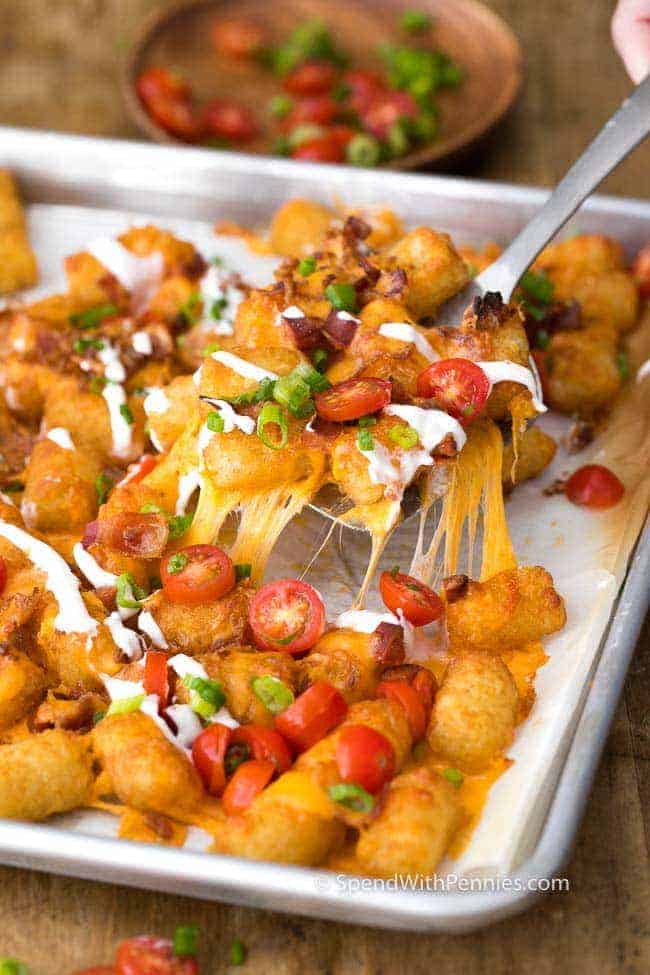 And, if you are a goddy, it’s Feast of the Presentation of Jesus at the Temple or Candlemas.

Wine of the Day: When made properly, viognier is not only a terrific wine, but usually quite pricey. It’s complex, flowery, and very aromatic—like liquid perfume. The apotheosis of the wine is achieved in in the Condrieu region of France, and I’ve had the privilege of tasting one bottle of its best: Chateau Grillet. That’s a wine that, in a good year, should be drunk on your knees.

The American bottle below, at about ten bucks (less than half the normal retail price), doesn’t come close, but it’s drinkable. It was a good complement for fettucine Alfredo, but lacked the complex nose of the pricier versions. When drunk right out of the fridge, it was even mediocre, with the acidity dominating the taste, but when it warmed up to a cool room temperature it became pretty good. If you want a good viognier, look around. Don’t pay $25 or so for this one, though ten bucks is tolerable. 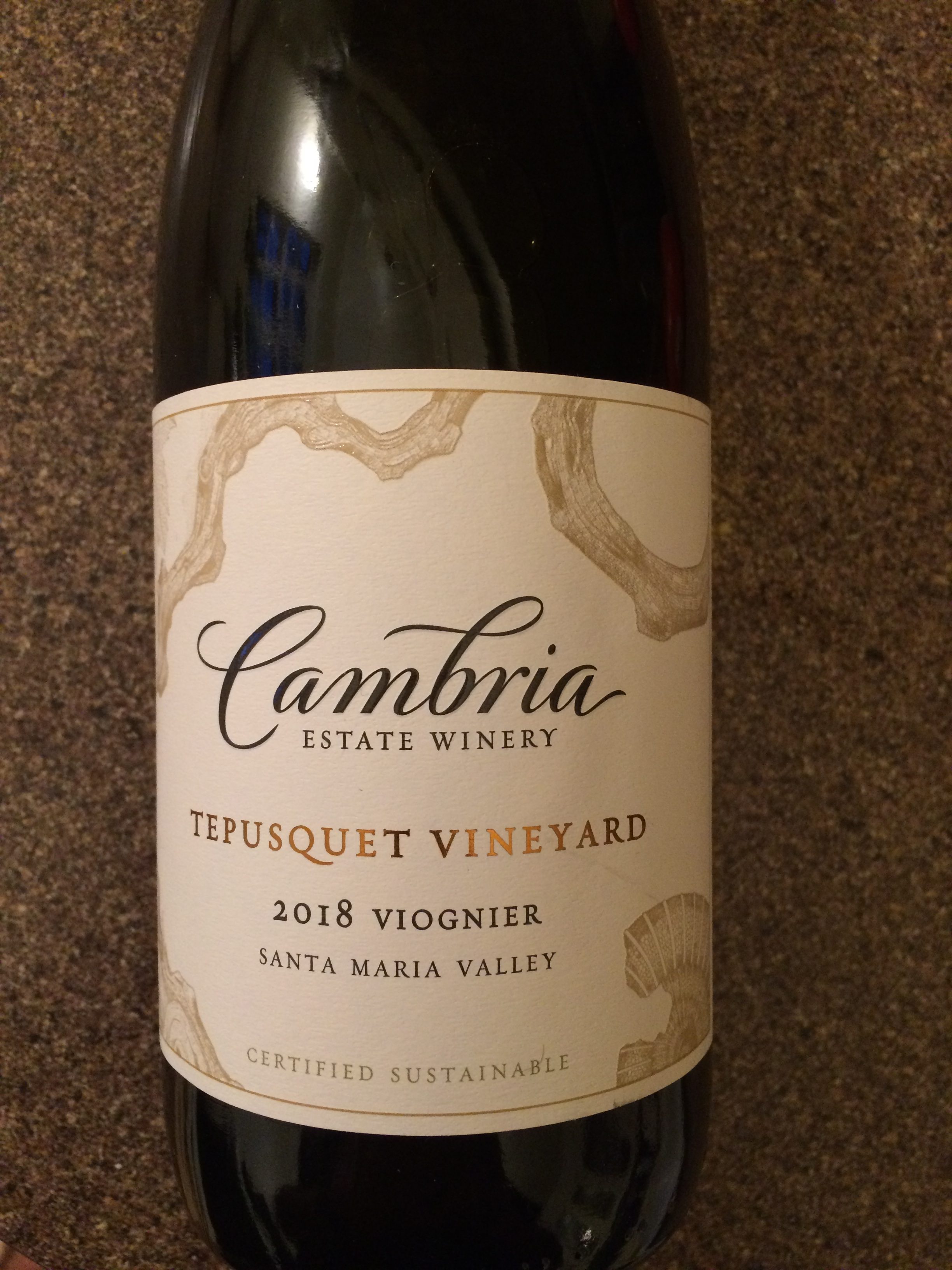 First, the administration has declared that graduation at the University of Chicago will again be virtual this June. That makes two years in a row. I feel sorry for the students who have to watch the ceremony online. But apparently there will be some way that diplomas will be handed out live, and that, of course, is the important part.

The Russians continue mass protests against the detention of Alexei Navalny, and the new Secretary of State, Anthony Blinken, spoke out strongly against that detention and the ludicrous Russian claim that the U.S. was behind the protests. It was refreshing to hear an eloquent and right-thinking Secretary of State, and one who vows not to politicize foreign affairs.

Well, this is sad. Tony Bennett, 94, has apparently had Alzheimer’s for four years, but it didn’t affect his singing, so his wife said there was no reason to make it public. He even recently recorded an album with Lady Gaga. Here’s his new announcement followed by a news report showing a bit of his recent singing:

Life is a gift – even with Alzheimer’s. Thank you to Susan and my family for their support, and @AARP The Magazine for telling my story.

18x-GRAMMY winner @ItsTonyBennett is battling Alzheimer's disease. His family revealed his 4-year battle in an @AARP article.
@GayleKing spoke w/ his wife, Susan Benedetto, who says music still plays a major role in his life & why the family decided to share his diagnosis now. pic.twitter.com/taSobf8mLd

You can hear my two favorite Tony Bennett songs here. And this is my favorite duet.

If you’re tempted, as I was, to post a photo of your official CDC Covid vaccination card—DON’T. As the Better Business Bureau advises, the card contains information, like your full name, birthday, site of vaccination, and so on—information that can be used to either steal your identity or enable people to forge bogus vaccination cards. If you must post something, post your “I got vaccinated” sticker. (Given the situation, though, that might be a bit of hubris, and I did it.)

What should the GOP do about uber-loon Marjorie Taylor Greene? At the Washington Post, Colbert King says that they should treat this whack-job the way that George H. W. Bush treated David Duke when Duke ran for the governorship of Louisiana in 1991. Bush dissed Duke hard, and Duke lost.

UPDATE: CNN reports that Mitch “666” McConnell went after her, describing Greene’s views though he didn’t mention her name:

“Loony lies and conspiracy theories are cancer for the Republican Party and our country,” McConnell said in a statement. “Somebody who’s suggested that perhaps no airplane hit the Pentagon on 9/11, that horrifying school shootings were pre-staged, and that the Clintons crashed JFK Jr.’s airplane is not living in reality. This has nothing to do with the challenges facing American families or the robust debates on substance that can strengthen our party.”

Why, all of a sudden, is McConnell seeming reasonable and even criticizing loons? Is he fearful of his own job?

Stuff that happened on February 2 includes:

Selkirk had been marooned for five years, and, surprisingly, he went back to sea a few years after returning to England. He died at sea in 1721.

Here’s Victoria with her Scottish manservant John Brown. The 1997 movie, based on the supposition that they had a romantic relationship, is worth seeing. It stars Billy Connelly as John Brown and Judi Dench as the Queen. 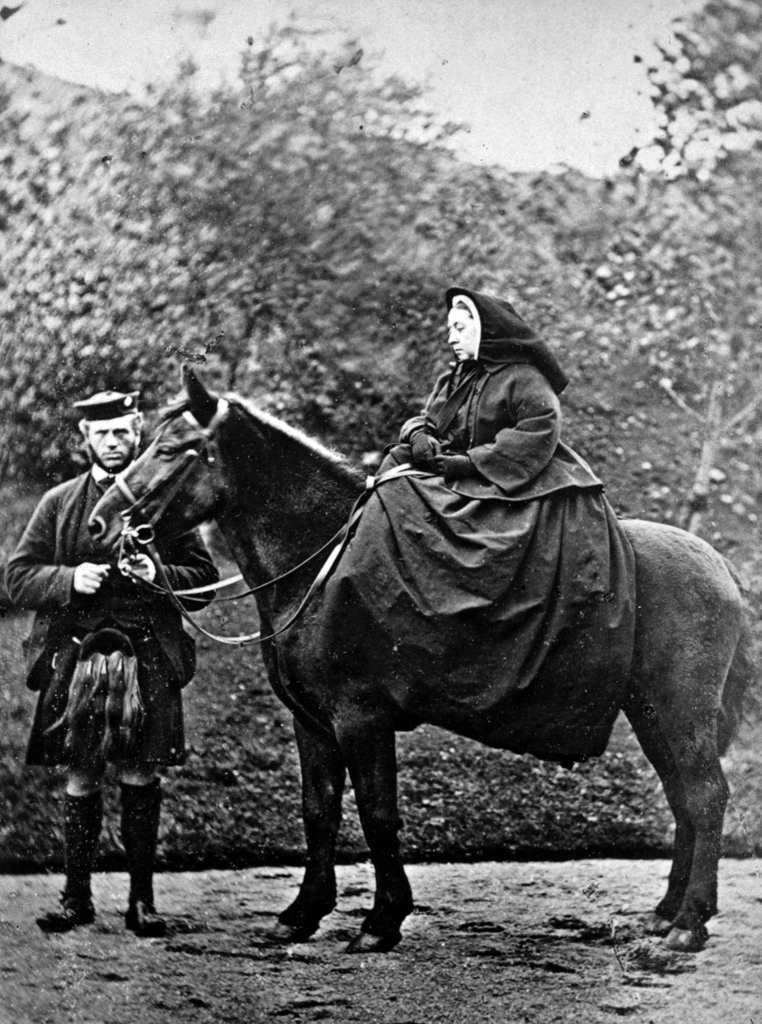 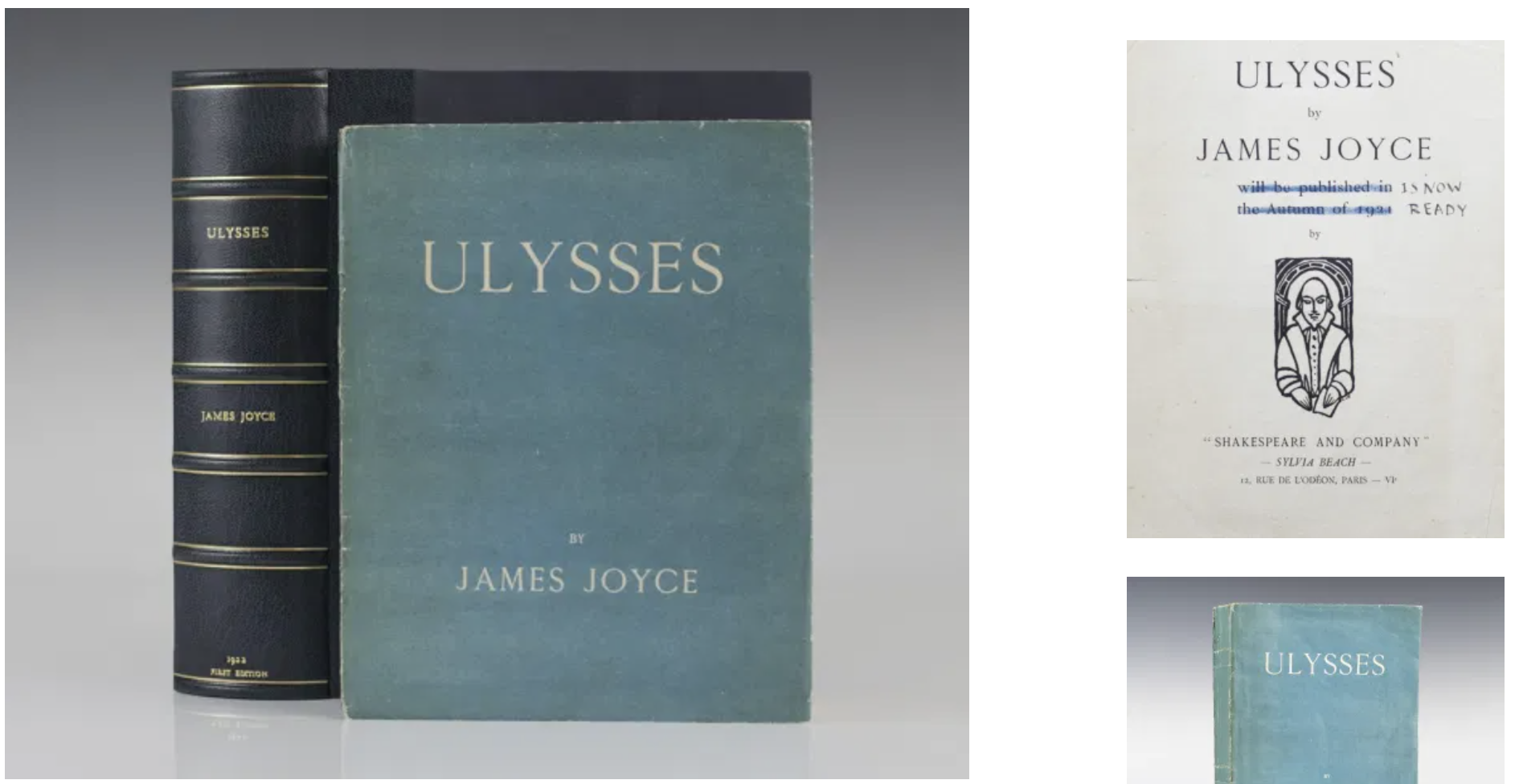 Matthew sent this memorial from this day in 1938:

In October 1942 he was deported to #Auschwitz & murdered in a gas chamber with his mother Henriëtte and brothers Herman (middle) and Benno (right). His father Philip perished in Auschwitz in Jan 43. pic.twitter.com/23wnDpXaSh

17 years later, Federer is still playing well, and is ranked #5 in the world.

Alas Poor Hamnet: he lived only 11 years. Here is the baptismal record of Hamnet and his fraternal twin sister, Judith, who lived to be 77:

Ulysses was published on Joyce’s birthday!

Getz is one of my favorite jazz saxophonists. Here are 33 wonderful minutes of his work:

Alas, the crazy creationist Oktar, known to many as Harun Yahya, was recently jailed and will never see his “kittens” again: he’s in prison for 1075 years. Here’s a VICE “exposé of Oktar and his kittens”:

Here’s a great performance of “Hips Don’t Lie” with Shakira and Wyclef Jean:

Those who packed it in on February 2 include:

Vicious (real name Simon John Ritchie) was charged with killing his girlfriend Nancy Spungen on October 12, 1978 (mugshot below), but was somehow set free on bail and, after more incarceration for assault, was set free again and then committed suicide: 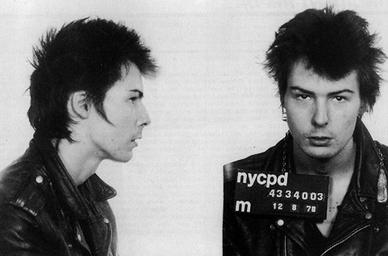 A: What are you doing?
Hili: I’m calculating the force I need to exert to jump on the shelf. 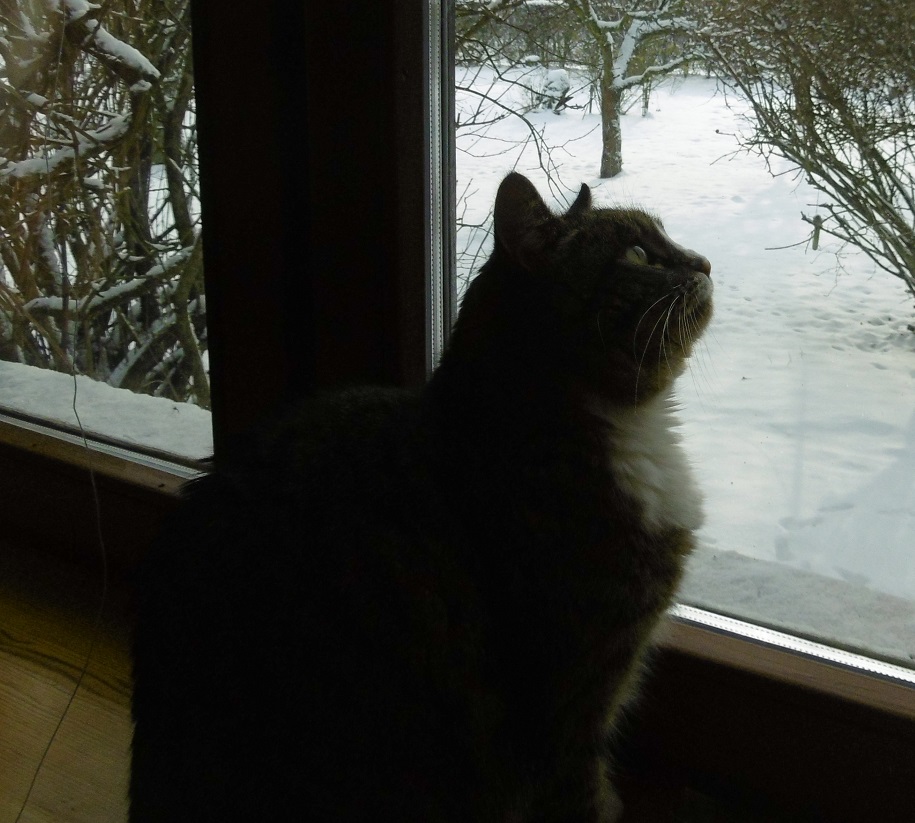 Szaron and Kulka are out in the snow (photo by Paulina R.). Kulka continues to be fascinated by snowflakes. 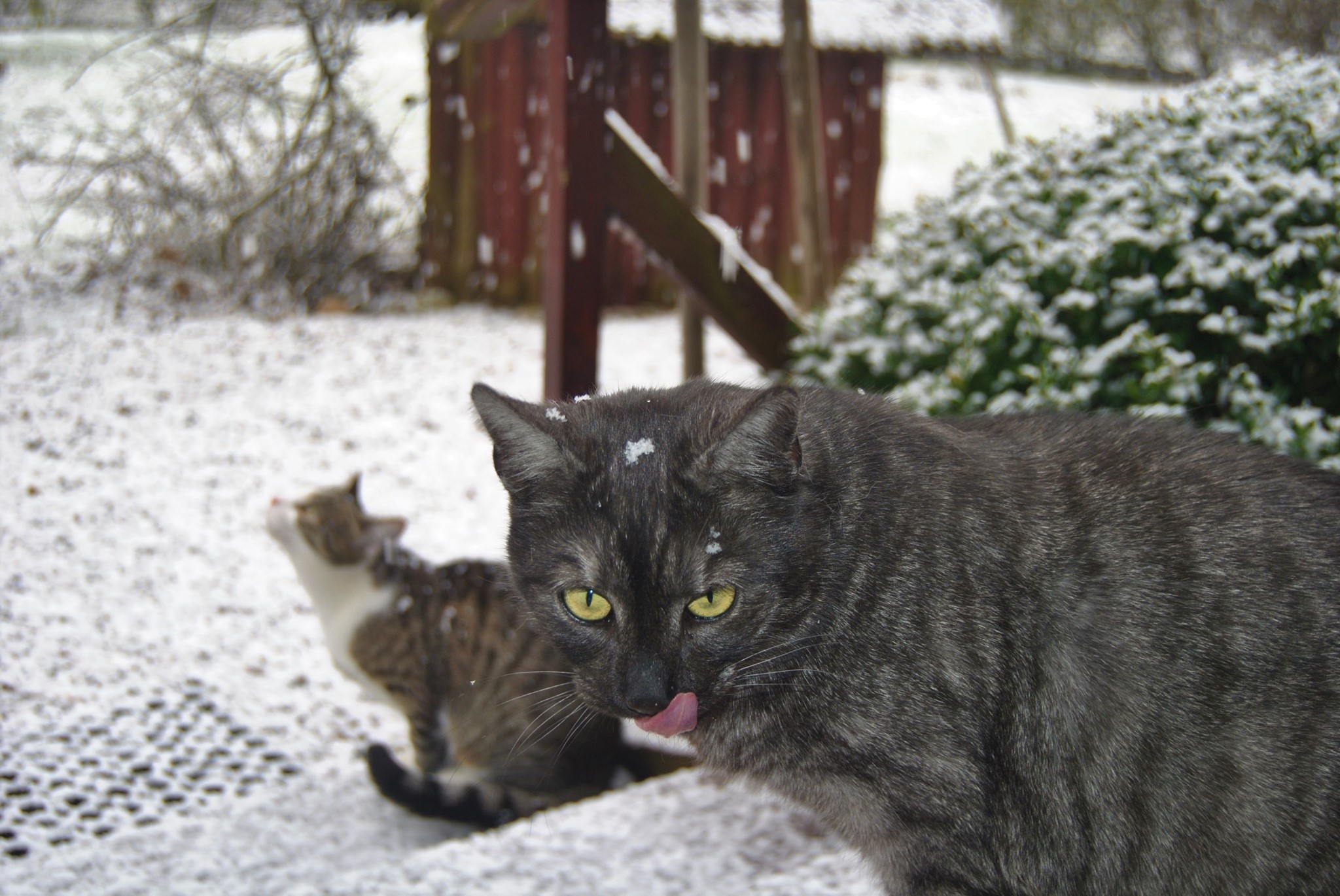 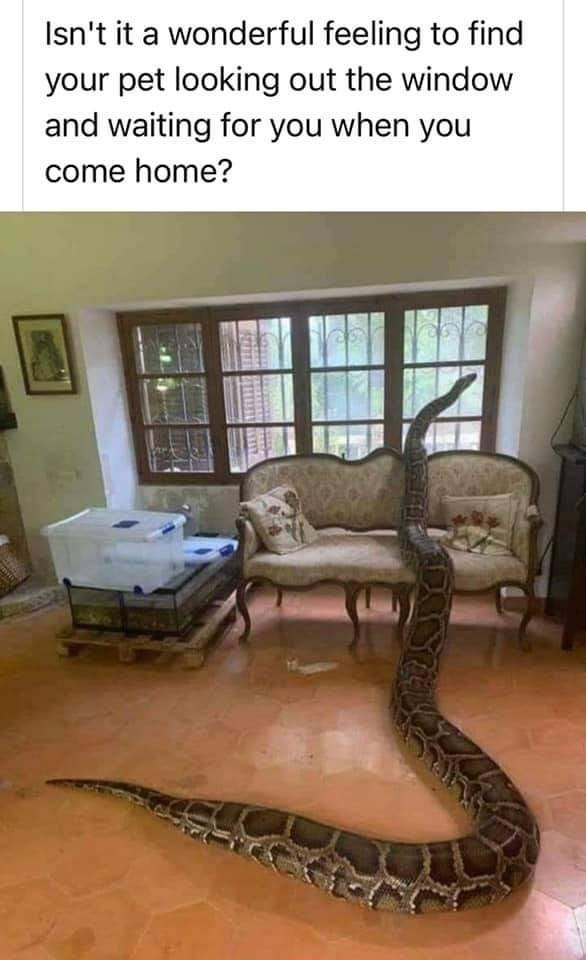 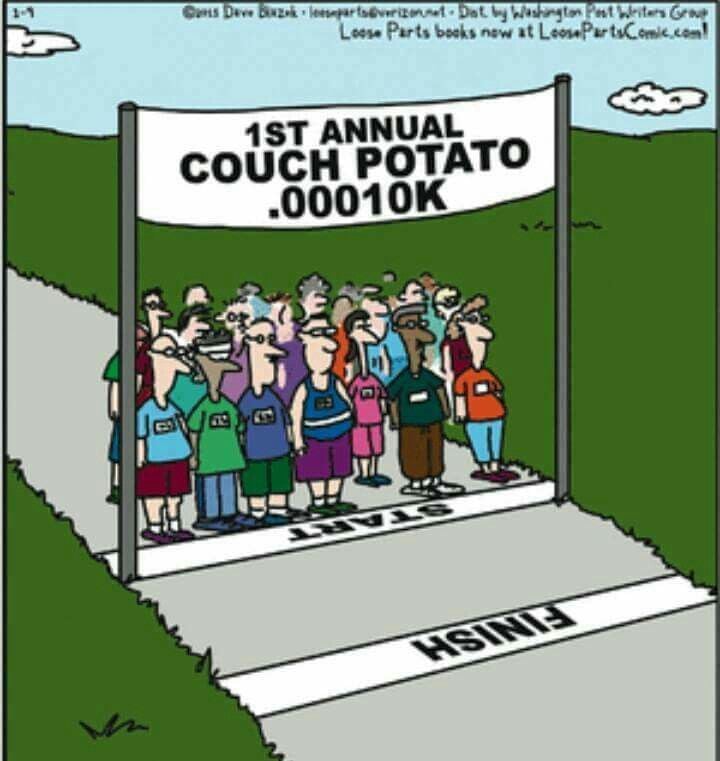 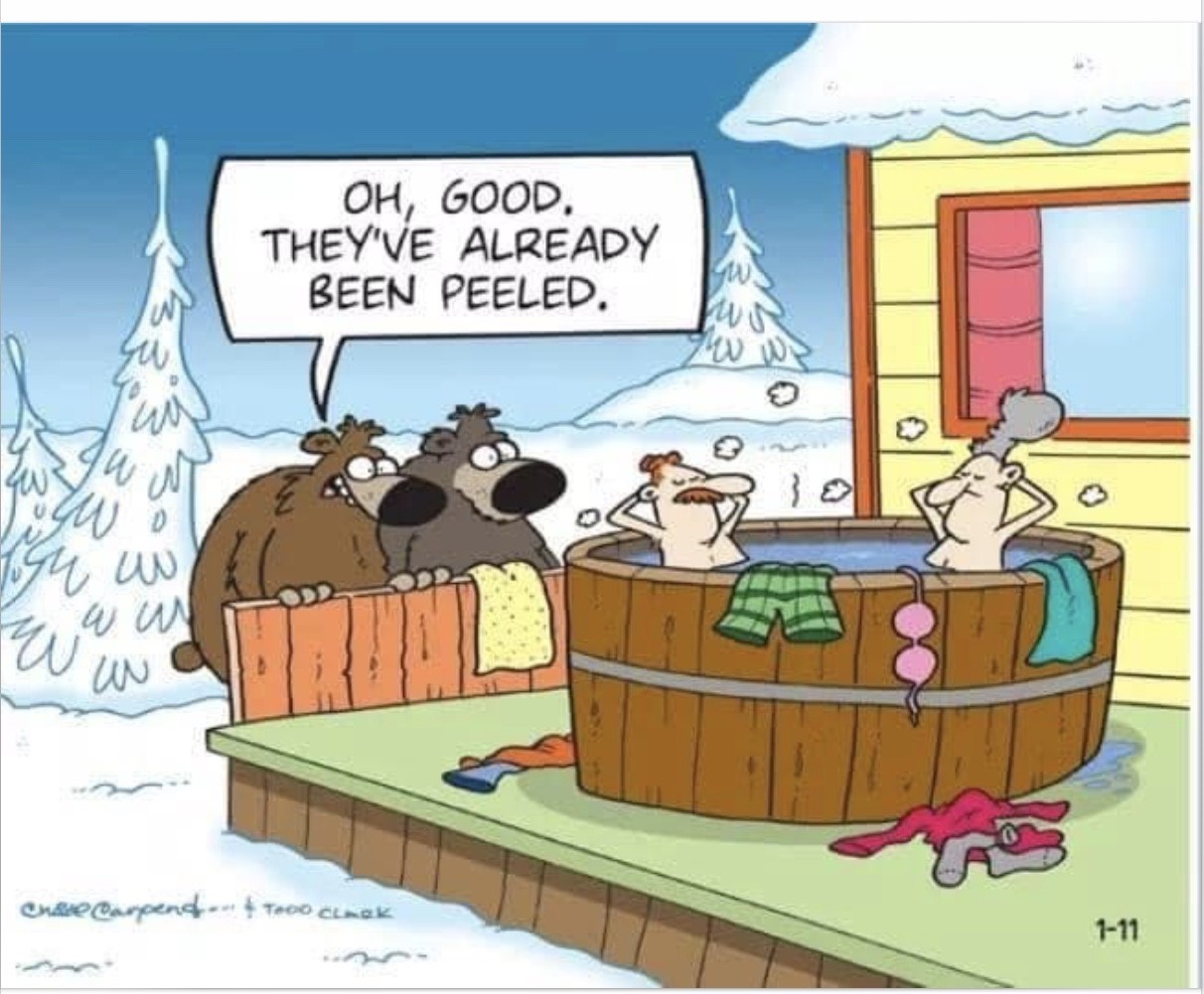 A groaner from Dom:

Dung beetle walks into a bar……..

Tweets from Matthew. The first shows the world’s very first cat video. As Matthew said with dismay, “Lumiere chucks the cat back into the frame.”

Nothing has changed – everything has changed. The world's first cat clip ever from 1899. "Little girl and cat" by the well known French Lumiere brothers. Colorized and speed adjusted.pic.twitter.com/wk5BsTmiHL

Here’s some old Nocona boot ads from the Eighties. I never liked this approbation of killing, and I don’t like it now. Fortunately, I don’t have any pairs of Nocona boots, which were once made much better than they are now.

what is your favorite Nocona boot ad?
1980s pic.twitter.com/ZfeR8OpK4y

Sound up, and be sure to enlarge this one:

Worms are wonderful: I found this nemertean, ribbon worm, feeding on the sand flat at low tide. I think it was feeding in the burrow of a nipper
Music: The Gate Keeper – Bali Maharaj by Yotam Agam pic.twitter.com/yNpdjK3KO4

This is really lovely footage of the early Beatles playing in Manchester, where Matthew et famille live:

Incredible film footage of the Beatles playing at the ABC Ardwick, previously the Apollo cinema, now the 02 Apollo. I've seen and photographed bands in this magnificent venue, last time Peter Hook and the Light. https://t.co/5zb7rRdkBs

This just happened, and there’s some criticism below it. Be sure to watch the video of the ship breaking up. Apparently three sailors died in the sinking.

Captain did a terrible job. Mayday without following, nature of distress/location. Mine as well use smoke signals. No general alarm also. The ship was no longer fit to sail i think, so experience for future sailors (me) to pay more attention to tue feasibility of the ship to sail