UPDATE: According to the AP, Phil didn’t see his shadow this  morning (it’s snowing there), and so it will be another long winter, just what we expect this curséd year:

There will be six more weeks of winter, Punxsutawney Phil predicted as he emerged from his burrow on a snowy Tuesday morning to perform his Groundhog Day duties.

Members of Phil’s “inner circle” woke up the furry critter at 7:25 a.m. atGobbler’s Knob in Punxsutawney, Pennsylvania, to see whether he would see his shadow or not.

Shortly after this year’s prediction was revealed, one of the members of the inner circle shared a message he said Phil had told him earlier in the day: “After winter, you’re looking forward to one of the most beautiful and brightest springs you’ve ever seen.”

It’s Groundhog Day, and all eyes are fixed on Punxsutawney, Pennsylvania, where the hapless rodent will be extracted from his cage and made to observe whether he has a shadow. The Festivities apparently begin in a few minutes, though it’s dark out there. This year’s celebration will be virtual: there will be no big gathering, but Phil will nevertheless appear, hopefully masked and socially distanced. 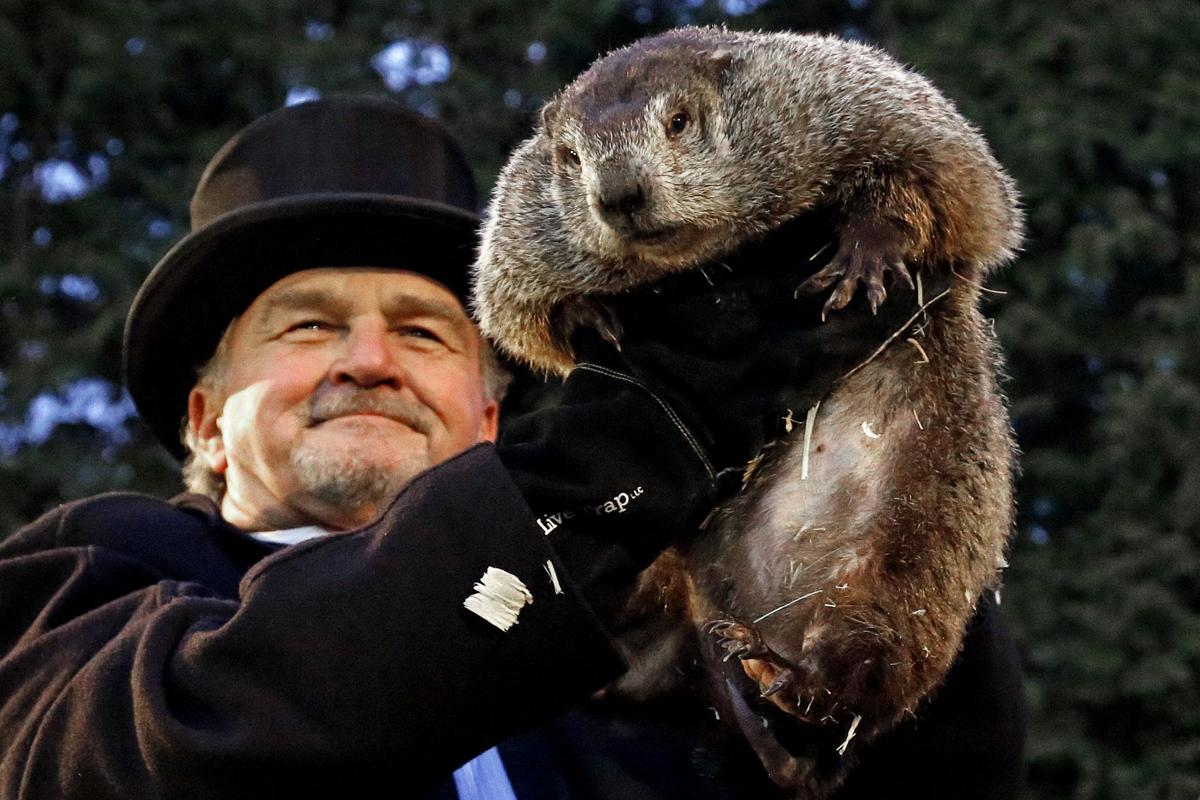 If Phil sees his shadow, then there will be six more weeks of winter. If he doesn’t, we’ll have an early spring.

The handlers apparently see the whole event as theological, for Phil cannot be proven wrong!  As Pennlive notes:

Groundhog Day lore is that Phil isn’t just any groundhog, obviously, but a magical one, gifted with longevity as well as meteorological wisdom.

But since even magical groundhogs apparently can’t speak English, it falls to the members of the Groundhog Club to interpret Phil’s predictions. According to them, Phil is always right; it’s their interpretations where issues of accuracy come into play.

As far as their track record: as of last year, the predictions to come out of Punxsutawney are accurate around 39 percent of the time.

When it begins (I believe the times are Eastern time, i.e., NOW):

The Punxsutawney Groundhog Club will be broadcasting its in-person event this morning, and you can watch the livestream to see whether Phil sees his shadow in real time.

The broadcast starts at 6:30 with pre-recorded segments, and will switch over to a live feed at 7:15 a.m. as the inner circle of groundhog handlers consult with Phil to determine whether the beloved rodent has seen his shadow (dooming us to six more weeks of winter) or not (blessing us with an early spring).