These photos come from Robert Seidel, whose notes (and the Biblical quote) are indented. Click the photos to enlarge them.

“In my distress I called to the LORD; I called out to my God. From his temple he heard my voice, and my cry for help came to his ears. – 2 Samuel 22:7”

In that vein, allow me to offer you some wildlife images, mostly of fossilized wildlife. I saw your review of the movie Ammonite early last month [JAC: here], which by co-incidence was right before I spent a weekend at Lyme Regis on the Jurassic coast of South England, where Mary Anning used to live and work and the film is set. My photos and notes:

Sunset at Lyme Regis harbour. The breakwater you see features in several films, including I believe Ammonite, as well as Jane Austen’s Persuasion. 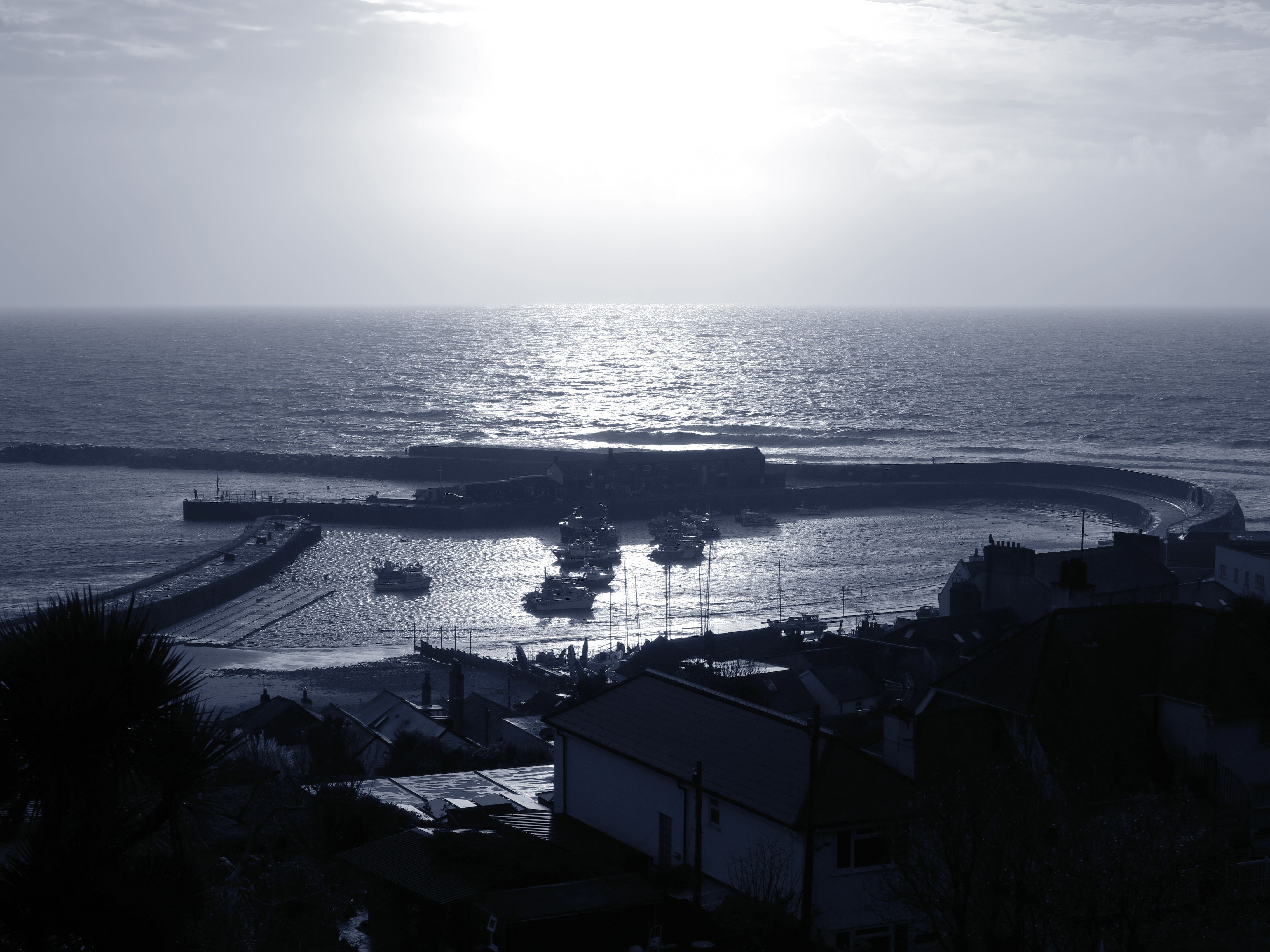 View from top of the breakwater out to sea. I like how the stones and waves blend together in this picture. 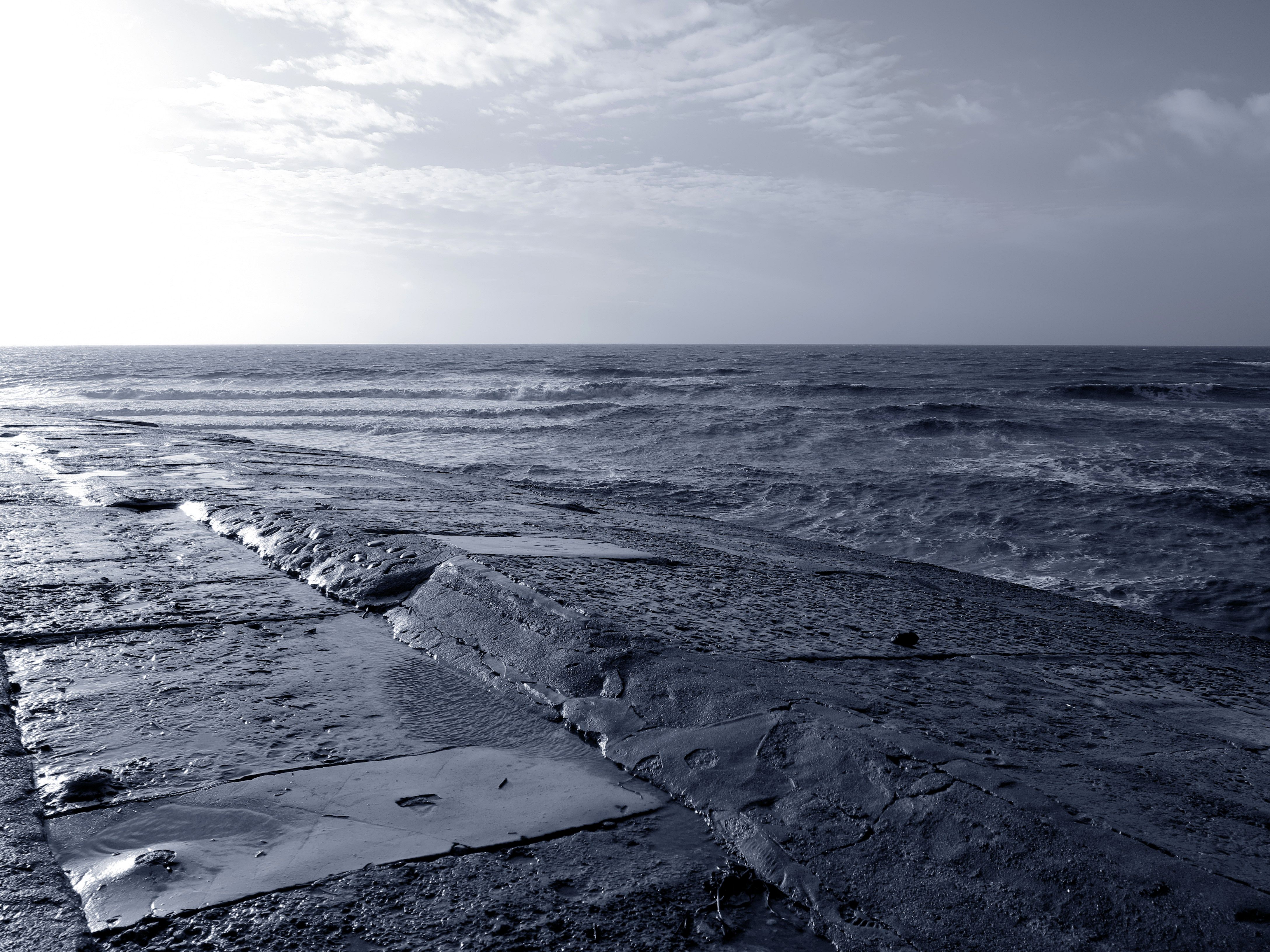 The cliffs to the East of Lyme Regis. These are not your perfect white chalk cliffs of the Dover type, but rather more messy, with alternating layers of tough limestone and soft siltstone. 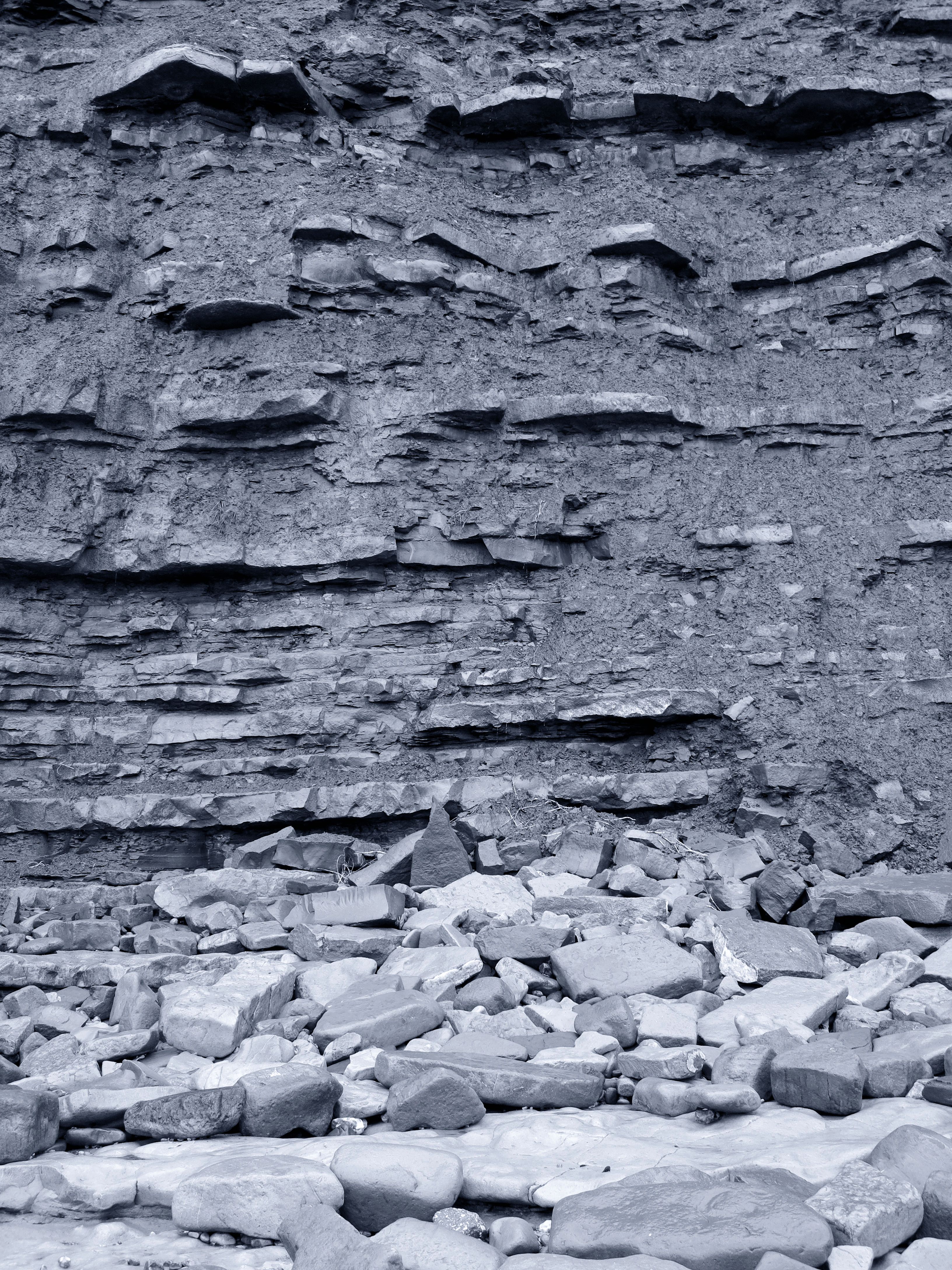 The beach in front of the cliffs, looking quite prehistoric in my opinion. This is a tidal beach which is submerged under high water. If you go out towards the East, you should take to heart the frequently posted warnings about the danger of getting cut off by the tide! 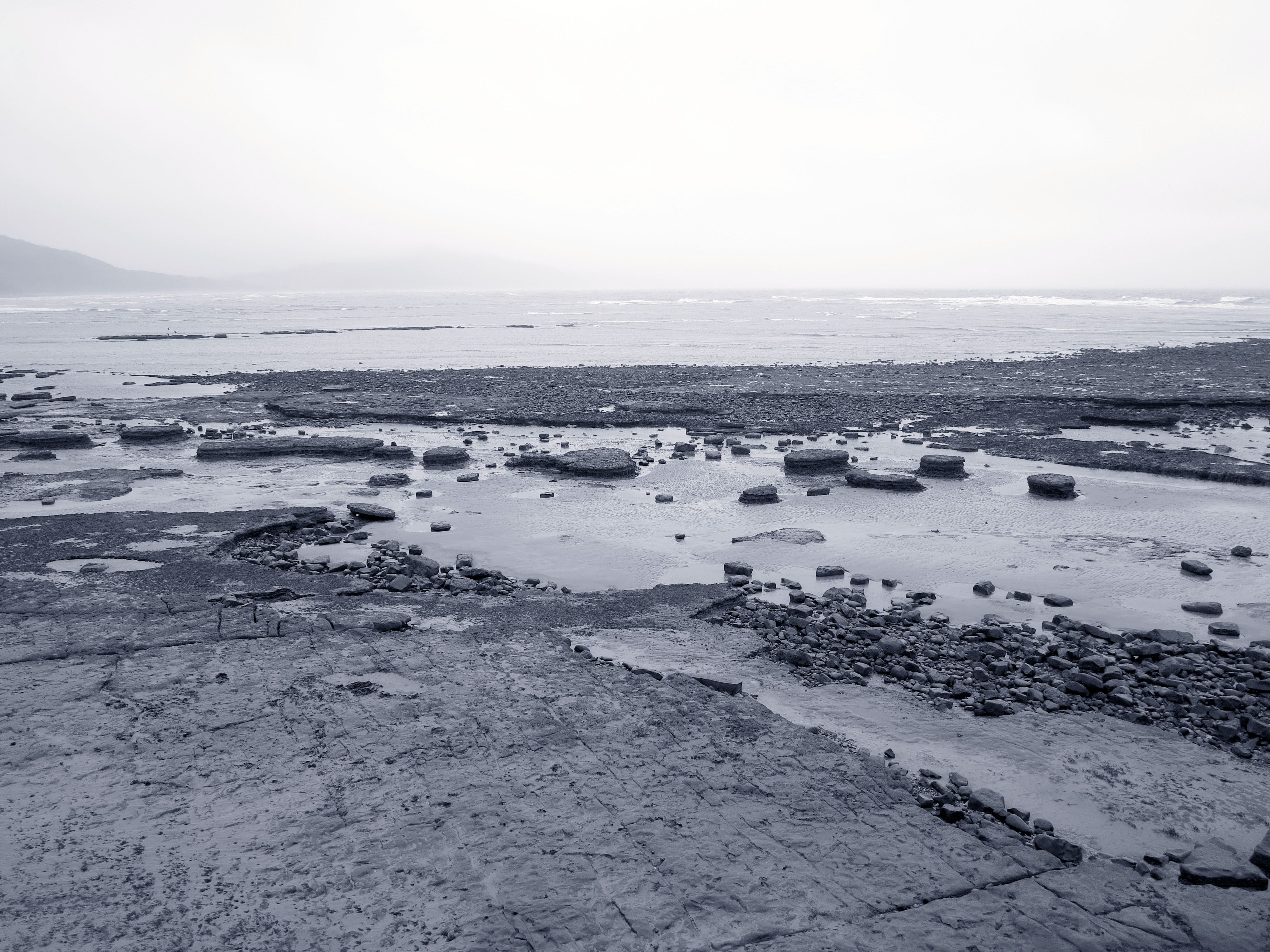 A tidal pool on the beach. Sea snails like to burrow into the soft siltstone, making it look like swiss cheese. 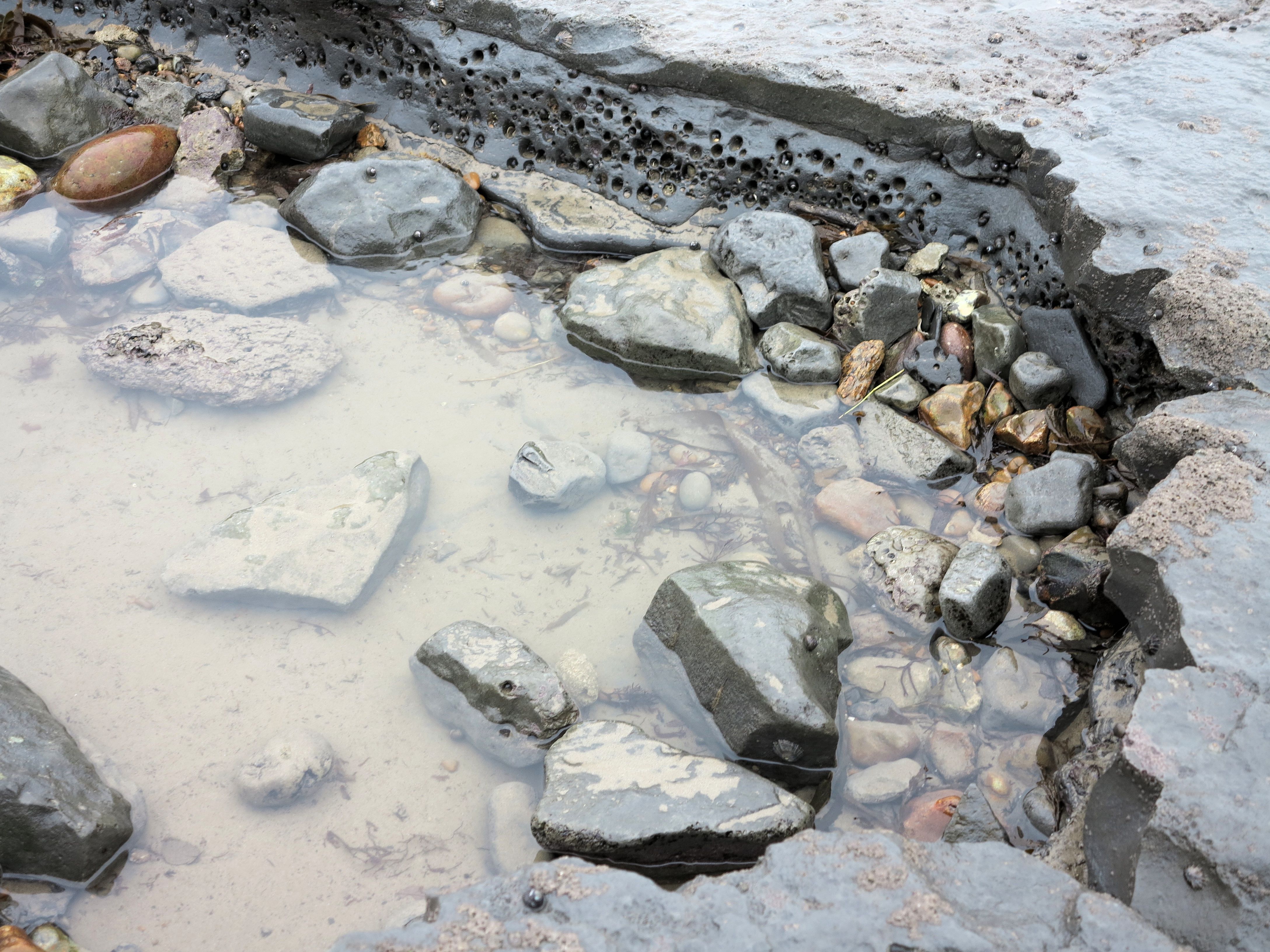 To the West of Lyme Regis lies Monmouth Beach, named after the ill-fated Duke of Monmouth, who in 1685 landed at this point with an invasion force in an attempt to take the English throne (). Ammonites like this are ever present along that beach. 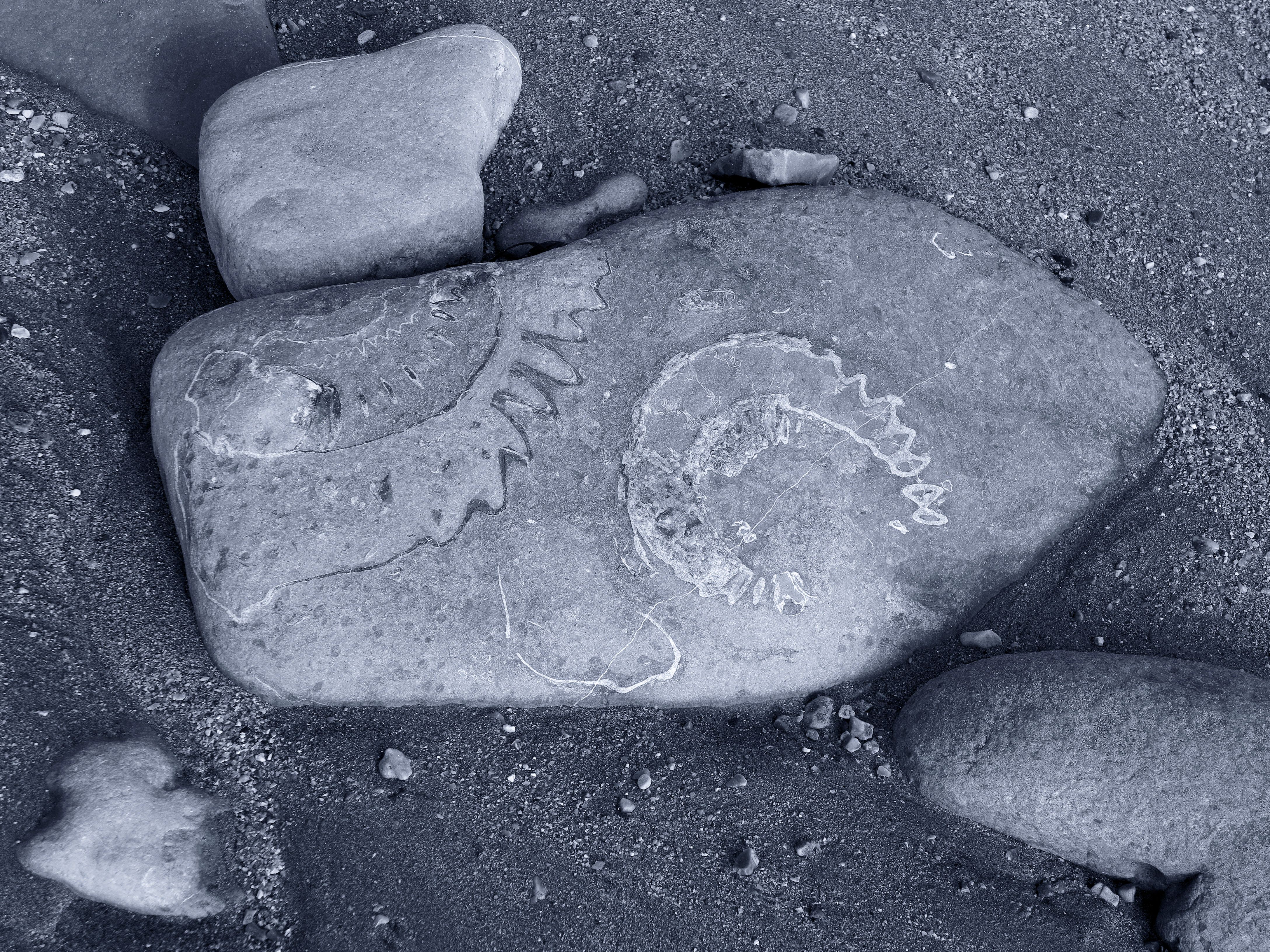 A very large ammonite, about a foot in diameter. Smaller ammonites got washed into the empty shell as it lay on the sea floor. At the nearby town of Charmouth, there is a small museum with some fantastic specimen of such “graveyards”. 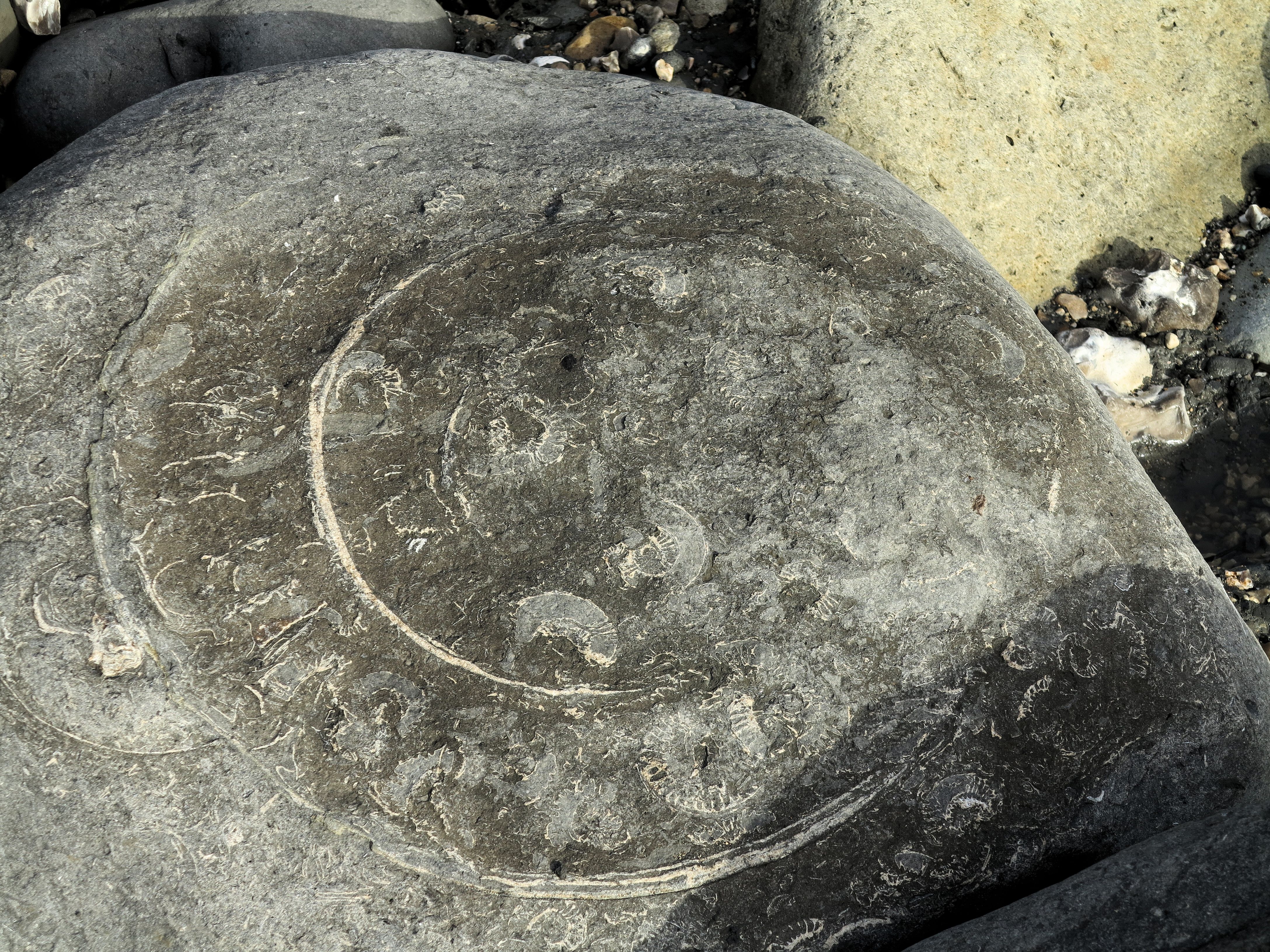 The famous “ammonite pavement” of Monmouth Beach, just a few hundred meters walk from Lyme Regis. These should be Arietites bucklandii. 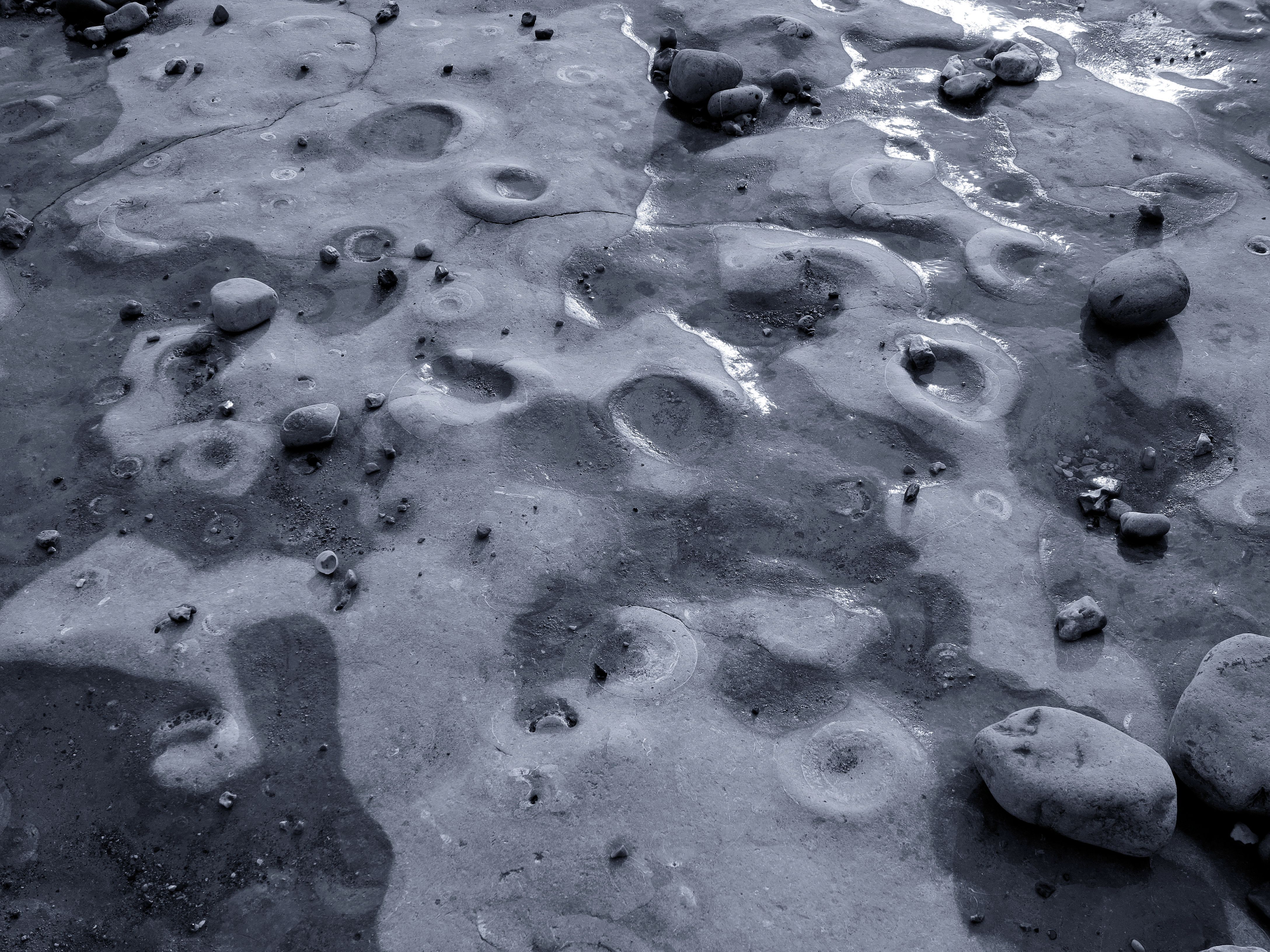 Bonus photo. There is an alternative feline theory about the origin of these structures. These are four out of five of my partner’s cats. From front to back: Simba, Bella, Tonto and Katie. 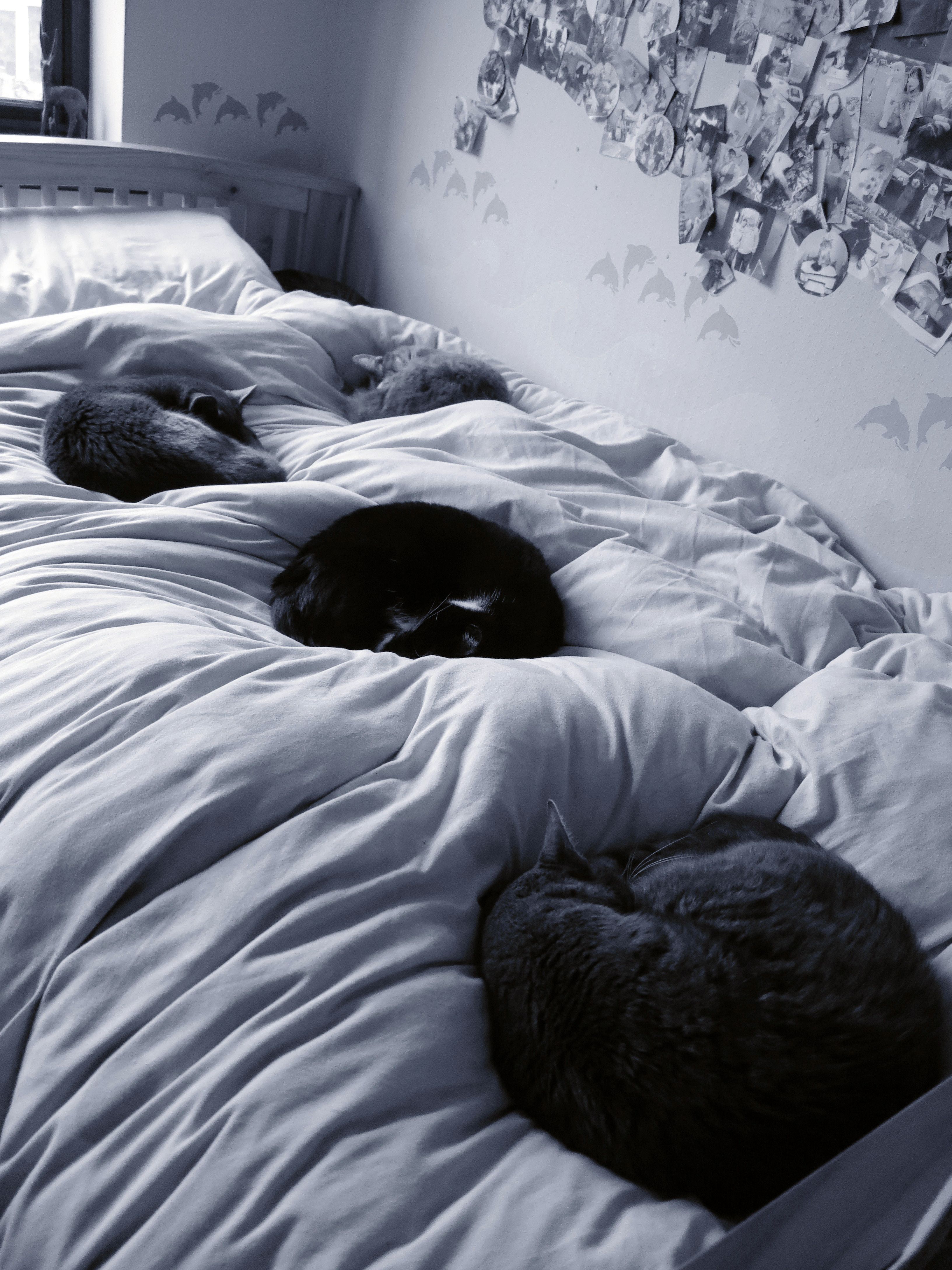