Google celebrates the New Year with a Doodle. Click on the screenshot and wait for the confetti:

Here’s a pleasant surprise. Remember when we auctioned off an autographed and illuminated copy of Faith Versus Fact for $5300 not long ago? All the money went to Helen Keller International (HKI) to relieve malnutrition and eye disease throughout the world. We had hoped that our donation would be matched 1:1 by Friends of HKI, but that offer was time-limited. Well, when Kelly Houle, the artist who illuminated the book, called up HKI after she got no response to her email, we found out that they’re actually going to match our donation two to one, so HKI will get almost $16,000 for its cause (82.5% of donations go for programmatic activities. Thanks to friends of HKI for their generosity, and to Kelly for finding out about this new offer.  Sadly, I haven’t written any more books to do this for, so this may be the last such auction, and I doubt that Speciation will find any takers. (An earlier auction for WEIT netted over $10,000 for Doctors WithoutBorders.)

Mary Ann of Gilligan’s Island died. Her real name was Dawn Wells, and she died of Covid-19 complications at 82 (can it be that long since she was the “nice girl” on the show?)

It looks as if Mitch “666” McConnell won’t even let the stimulus bill passed by the House—you know, the one with the $2000 instead of the $600 dollar checks—get to the floor of the Senate for a vote. Dear god, one of the great benefits of having both Senatorial seats go Democratic in January (and I’ve got my fingers crossed) would be that we won’t have to put up with that blathering Frog Man as majority leader any more. He’s a liar, a dissimulator, and charitable as I try to be, I don’t think he’s out to help the American people.

But do we really need these handouts? According to the NYT, economics experts say they won’t help stimulate the economy, as most people plan to put their checks in the bank. The experts think that the money should really go to those who need it most and will use it: the unemployed.

Stuff that happened on December 31 includes these events:

For 50 years the symbol of Guinness was a toucan. Why? Get the answer here. 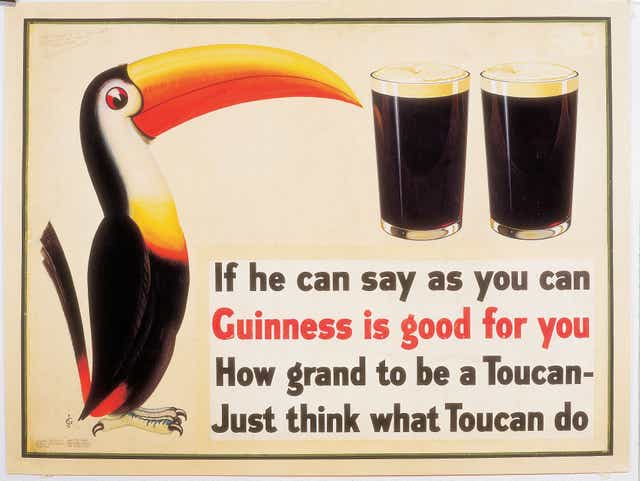 What? Well, yes, here it is, from Joe Cain’s website: “Dinner in the Iguanodon model, image as it appeared in Illustrated London News, 07 January 1854.” Joe was an undergraduate student whom I helped mentor at the University of Maryland; now he’s a professor of the history and philosophy of biology at University College London. 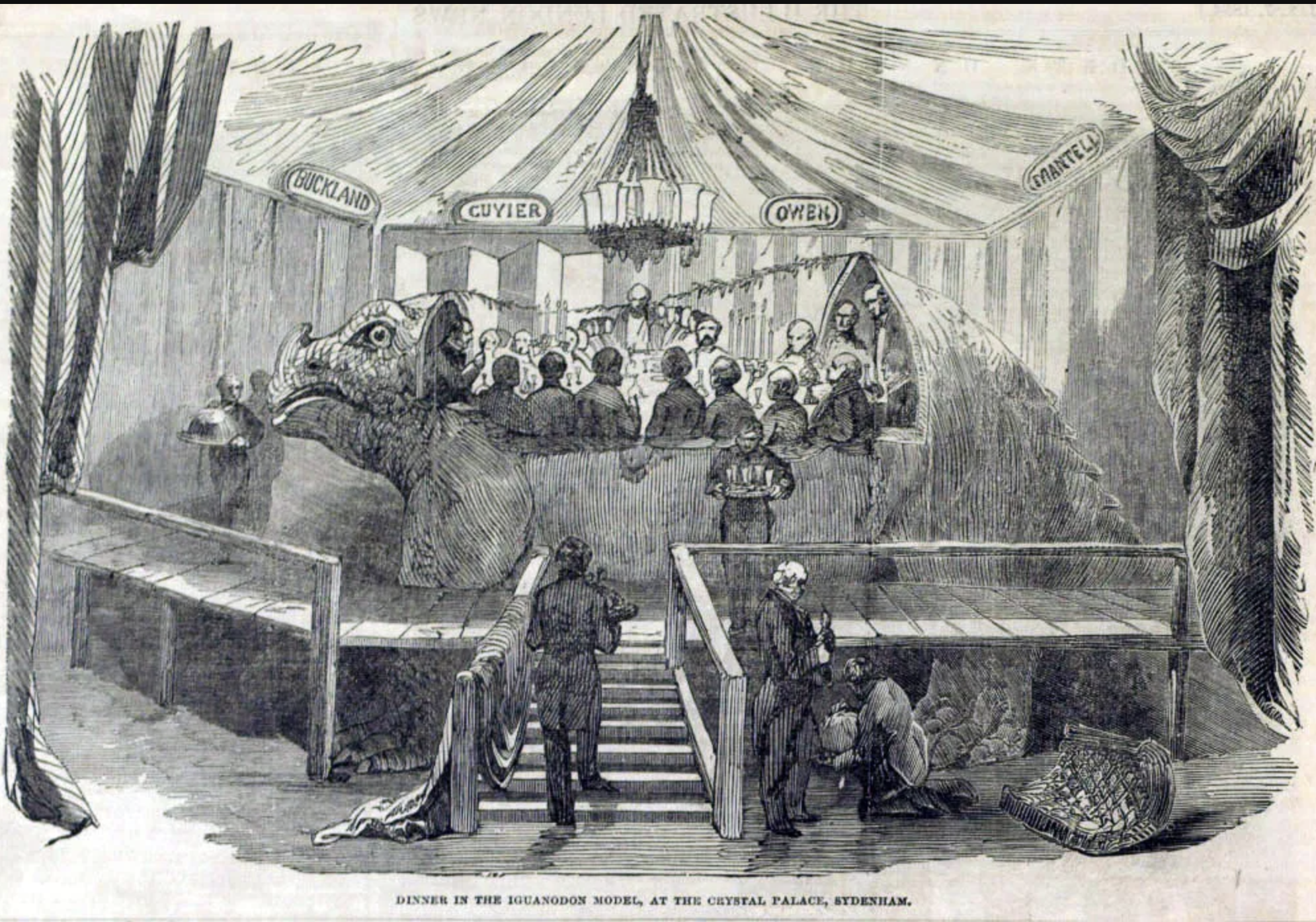 The first successful test in Edison’s lab of this lamp was only on October 22 of that year. Here’s the great man and one of his lamps: 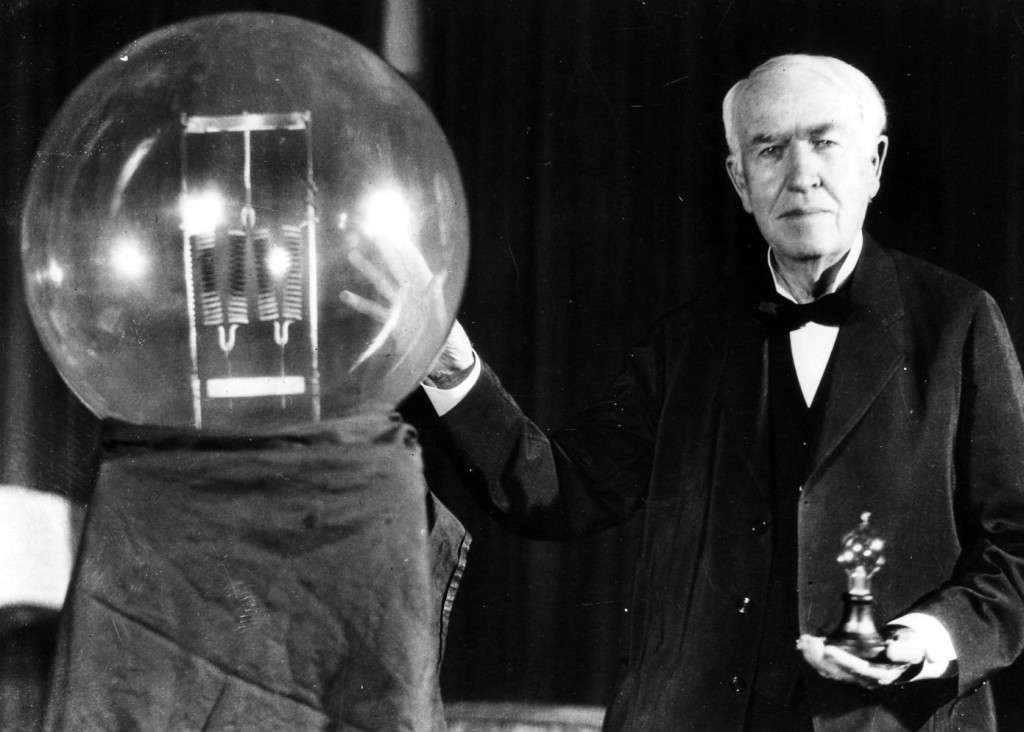 Here’s the first celebration, but the date given elsewhere in several places is 1904 rather than 1907. Fix it, Wikipedia! I didn’t know that Times Square was named after the New York Times. There is no celebration tonight; only the third time it hasn’t happened since it began (the others were during WWII: 1942-1943). I went one year when I lived in New York, but it was a wonderful aggregation of people who were marinated in fellow feeling.

Matisse was a cat lover; he owned many cats and painted a few. Here he is in bed with his moggies and one of his cat canvases: 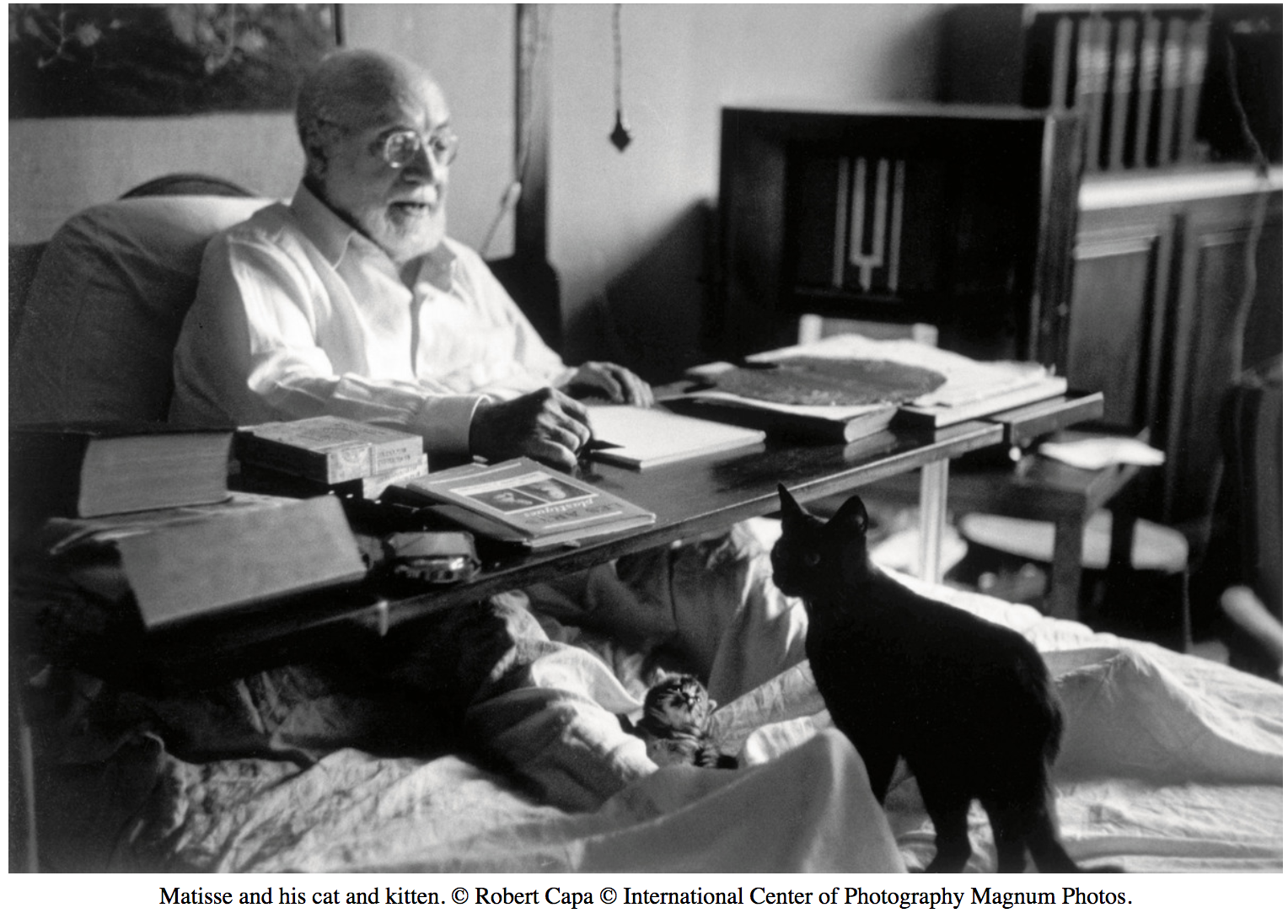 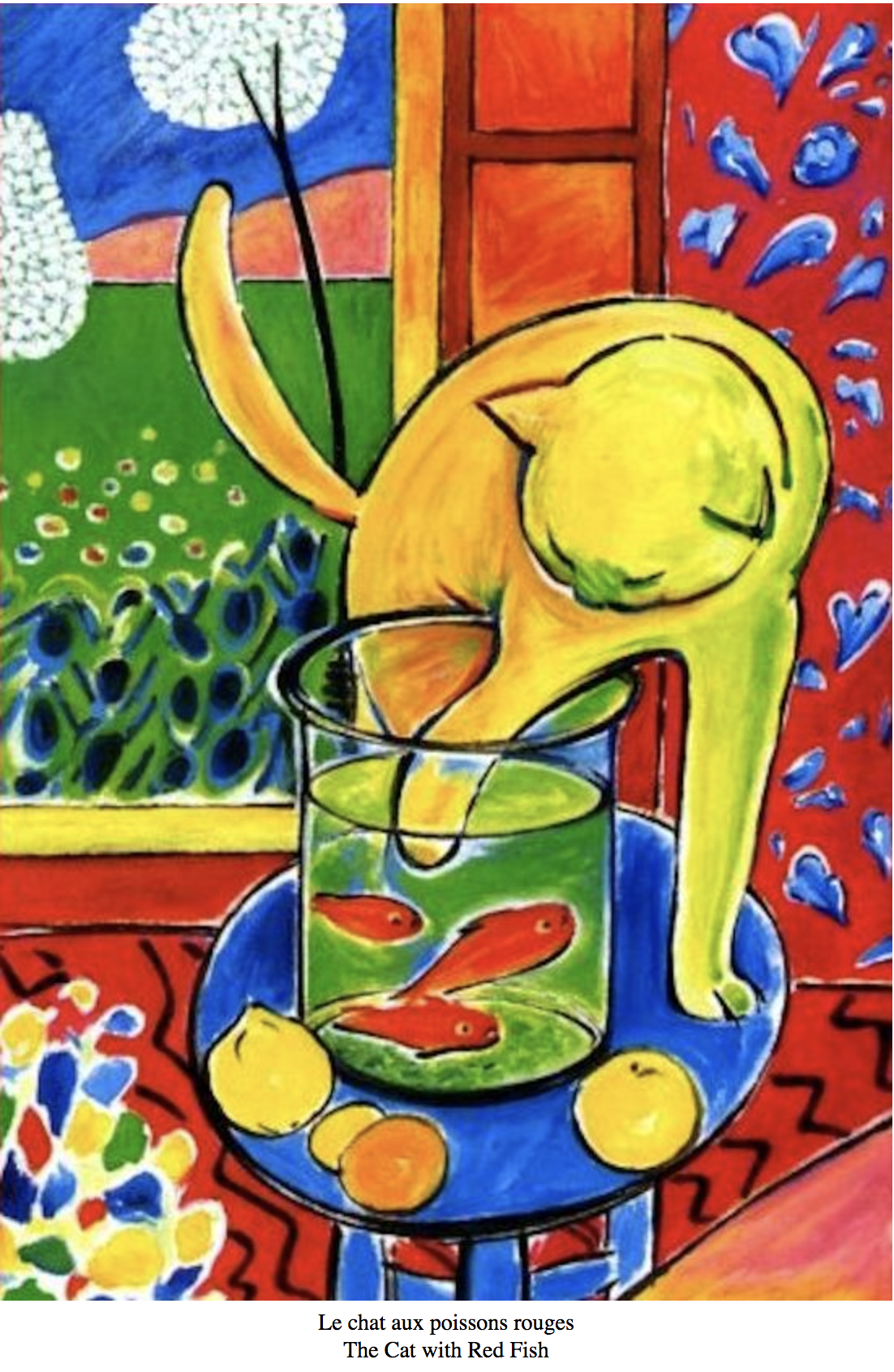 From Wikipedia: “Miles stated, in 2007, that she had been drinking her own urine for 30 years for health reasons.” She also had an affair with Stephen Spielberg and has a New Age belief in crop circles.  here she is in her most famous film, “Ryan’s Daughter“: 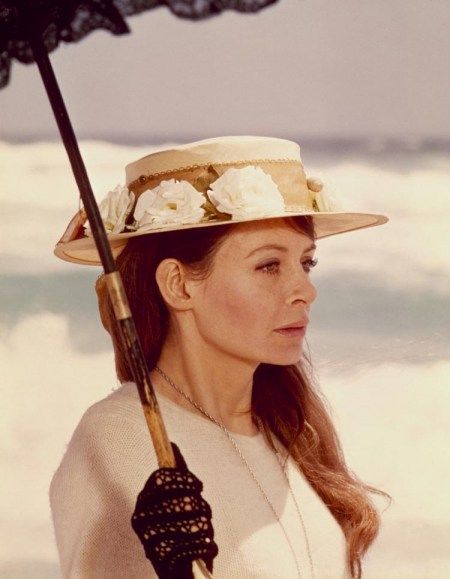 Those who departed this life on December 31 include:

Here’s a Courbet, Woman with a Cat, 1864, from the Worcester Art Museum. The cat looks okay but the woman’s head looks compressed from top to bottom: 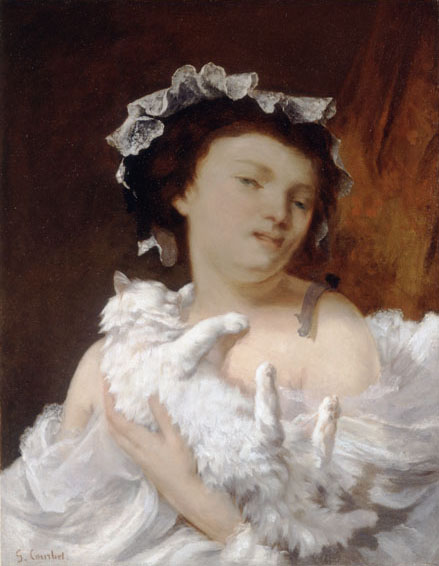 Meanwhile in Dobrzyn, Hili has a question:

Hili: Does the Earth know that it is starting another run around the Sun?
A: No.
Hili: So, who invented New Year?
A: The producers of calendars with some help from astronomers and emperors.
Hili: Never mind: Happy New Year. 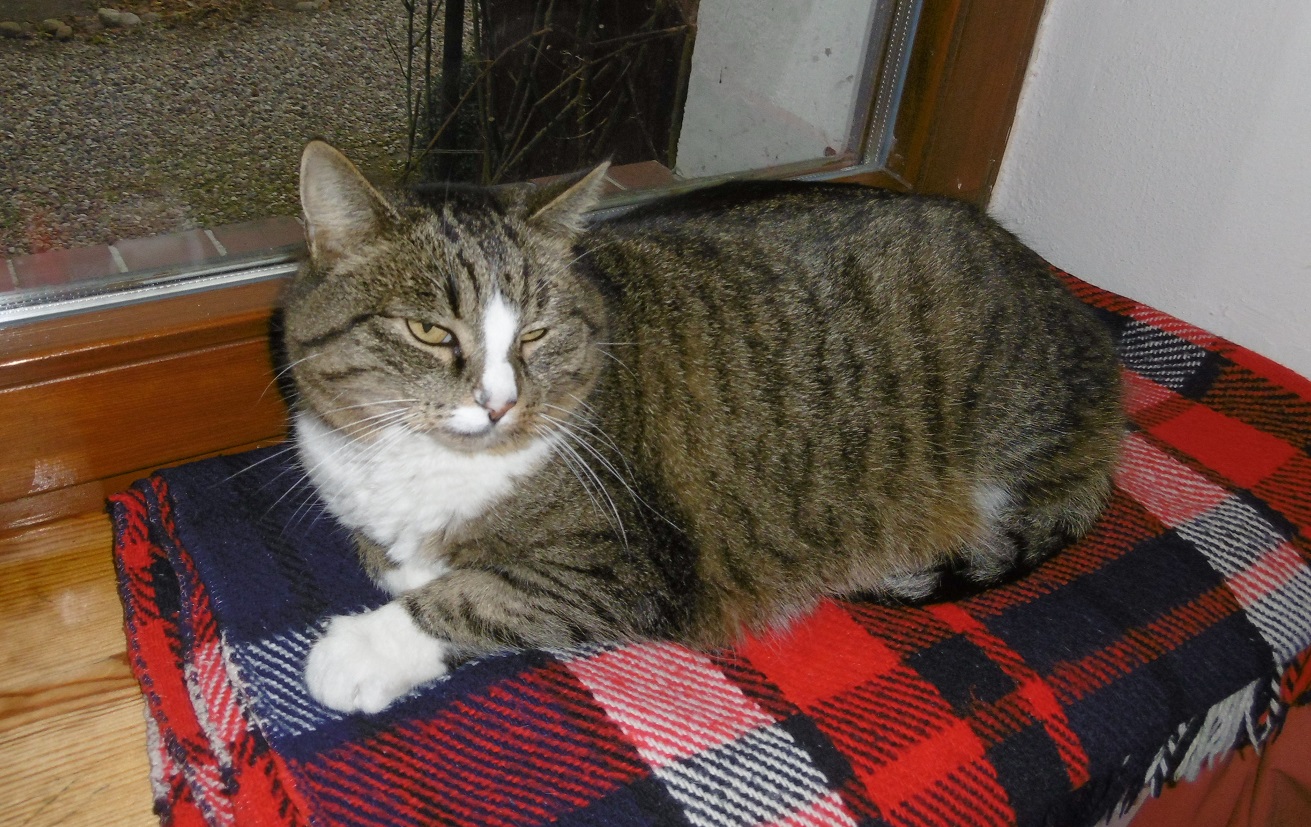 Here’s a “spot the cat” photo from Steve. It’s not hard, but it gives you a chance to practice your spotting skills: 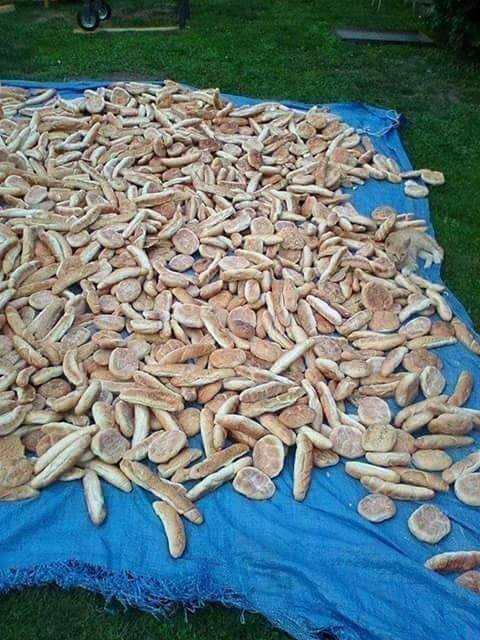 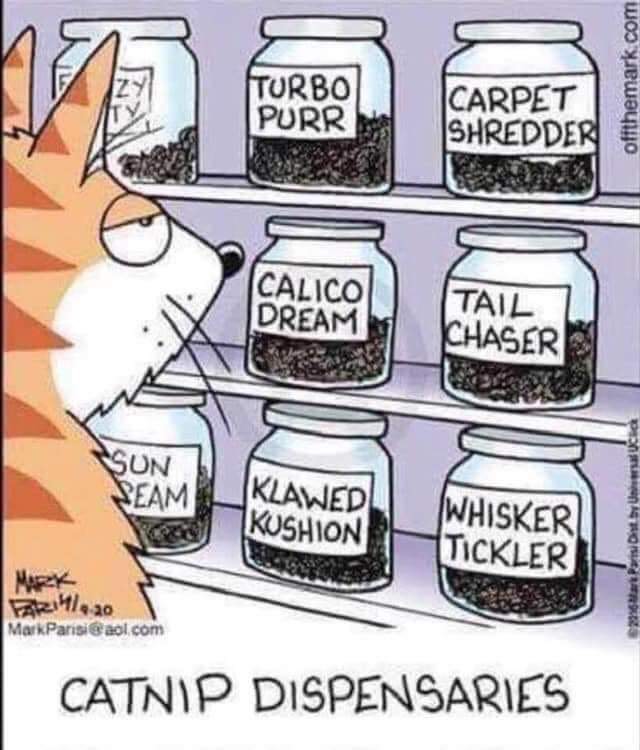 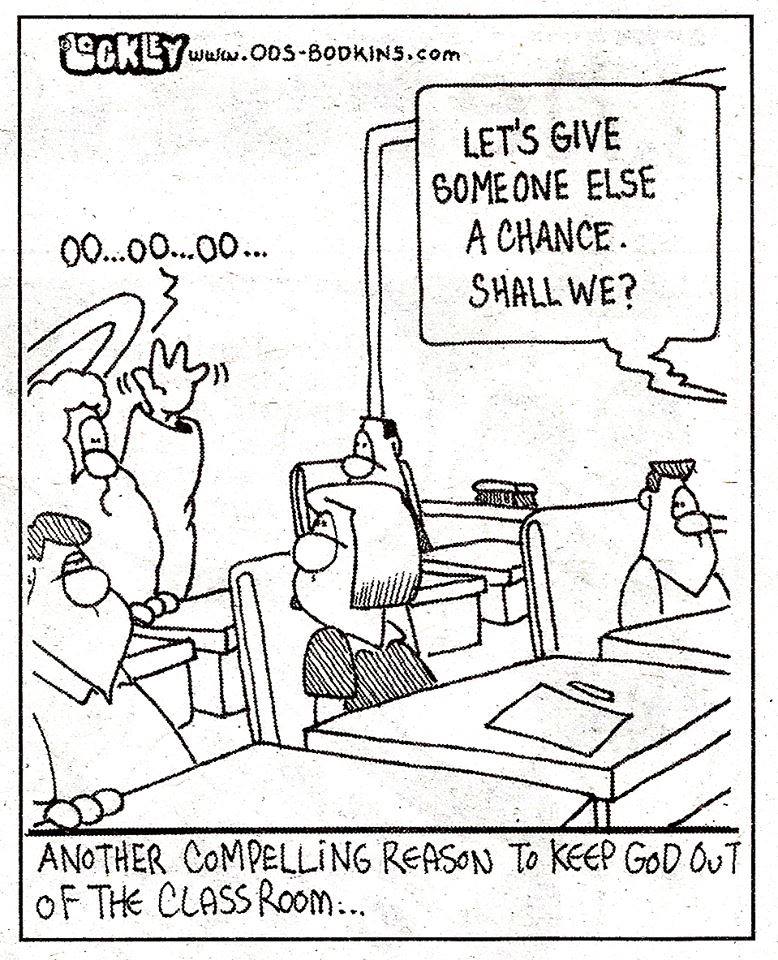 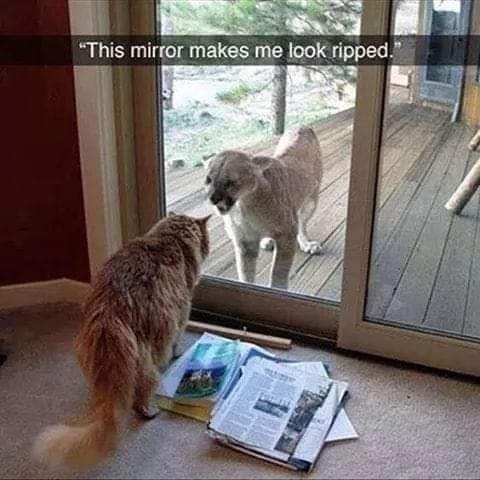 From Titania. I well remember that HuffPost article, and in fact wrote about it last April.  The author is a selfish moron.

If you refuse to take the vaccine, you’re an alt-right conspiracy theorist covidiot.

If you take the vaccine, you’re glorifying western scientific imperialism and sending out an anti-Chinese dog whistle for white nationalists.

Some good news from Simon. Although the “UK mutant strain” of the virus apparently does spread faster, it doesn’t increase the risk of reinfection (which is already almost zero, I think) and, importantly, it doesn’t decrease the effectiveness of the vaccines.

We used our database of 579 COVID patient samples to evaluate immune evasion the UK variant (B.1.1.7). Overall takeaway is reassuring: we see no evidence that the reported mutations would substantially increase reinfection risk or decrease vaccine efficacy. (1/n) pic.twitter.com/fUqzqNSb1p

A tweet from Barry. I can’t believe the first poster didn’t notice the mushroom cloud!

It has a cat watching a nuclear detonation.

It's like reading the tea-leaves, but with actual prophetic power.

You definitely need the sound up on this one!

Nothing sums up this year better than a hedgehog fart. 🔊🆙

Matthew said, “Tough choice, Jerry”, but it wasn’t really a choice. I just enjoyed the duckling pwning the kitten:

This tree appears to have been hit by lightning.

Just under the bark is all the moist tissues, which are vessels for water and carbohydrates, These conduct electricity better than the drier wood in the centre. The intense heating by the current results in the bark exploding off pic.twitter.com/adiR4HjjZx

Long Bet 9: A bioterror or bioerror will lead to one million casualties in a single event within a six month period starting no later than Dec 31 02020.