(Actually, as several readers noticed this morning, it’s not a frog but a toad. I don’t know from toads.) I’ll insert here some words that Greg Mayer sent me when I just asked him the difference between frogs and toads, and whether each group is monophyletic (has all the descendants from one common ancestor):

The English language is inadequate for the diversity of tailless amphibians (order Anura), because there were only two kinds of anurans in England: frogs and toads. Each of them belongs to a family, usually called “true frogs”, Ranidae, and “true toads”, Bufonidae. The other 30+ families of anurans are shoe-horned into the two English common names. Sometimes there are species with the common name “toad” and “frog” in the same family.

The species in the photo is a true toad (family Bufonidae), but without a better picture and/or locality data, I couldn’t go further. It does look like a Bufo.

So, did you spot the toad in this morning’s photo from Alex Kleine? Here’s the reveal, with a circle around the beast and then successive enlargements: 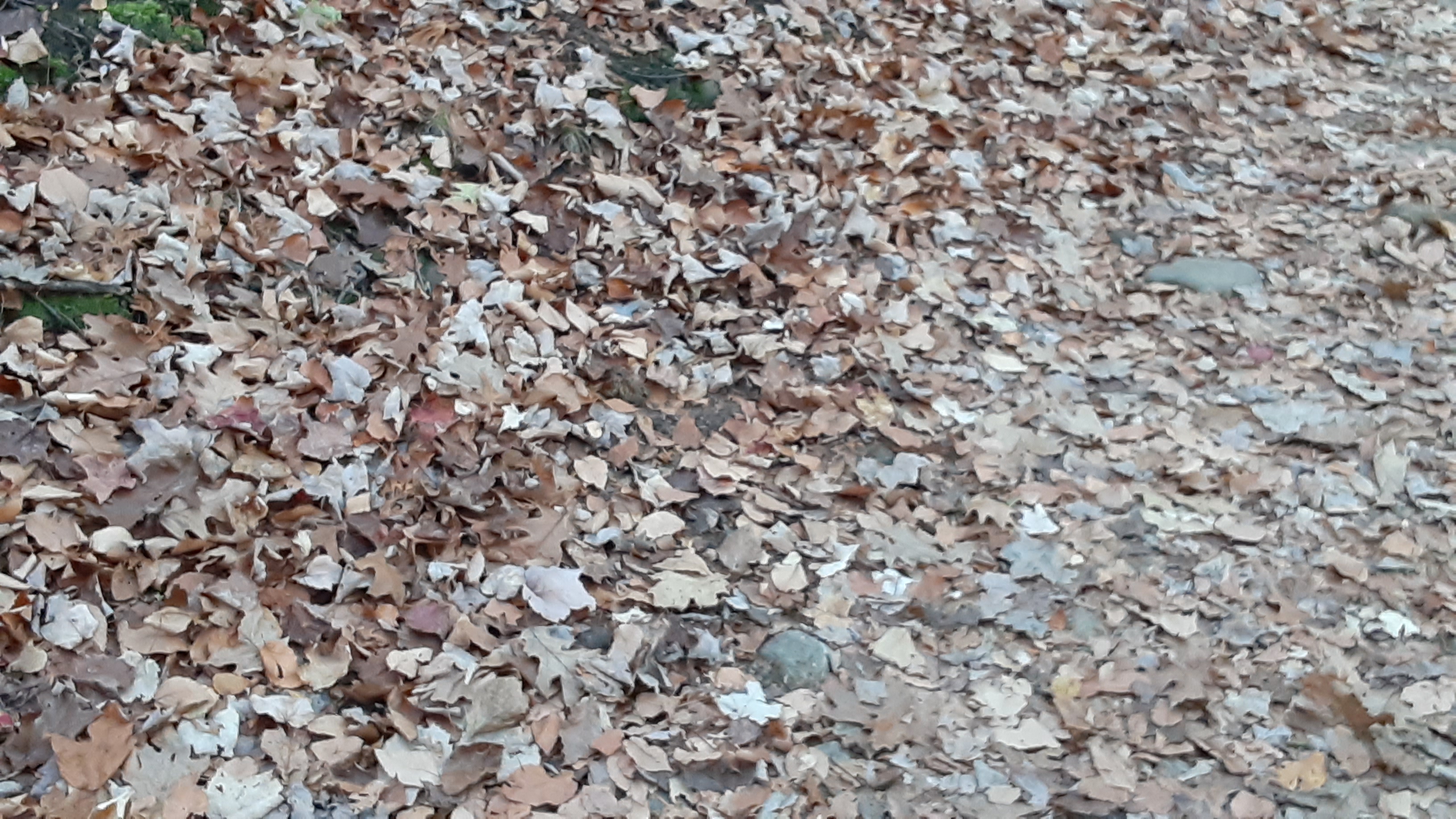 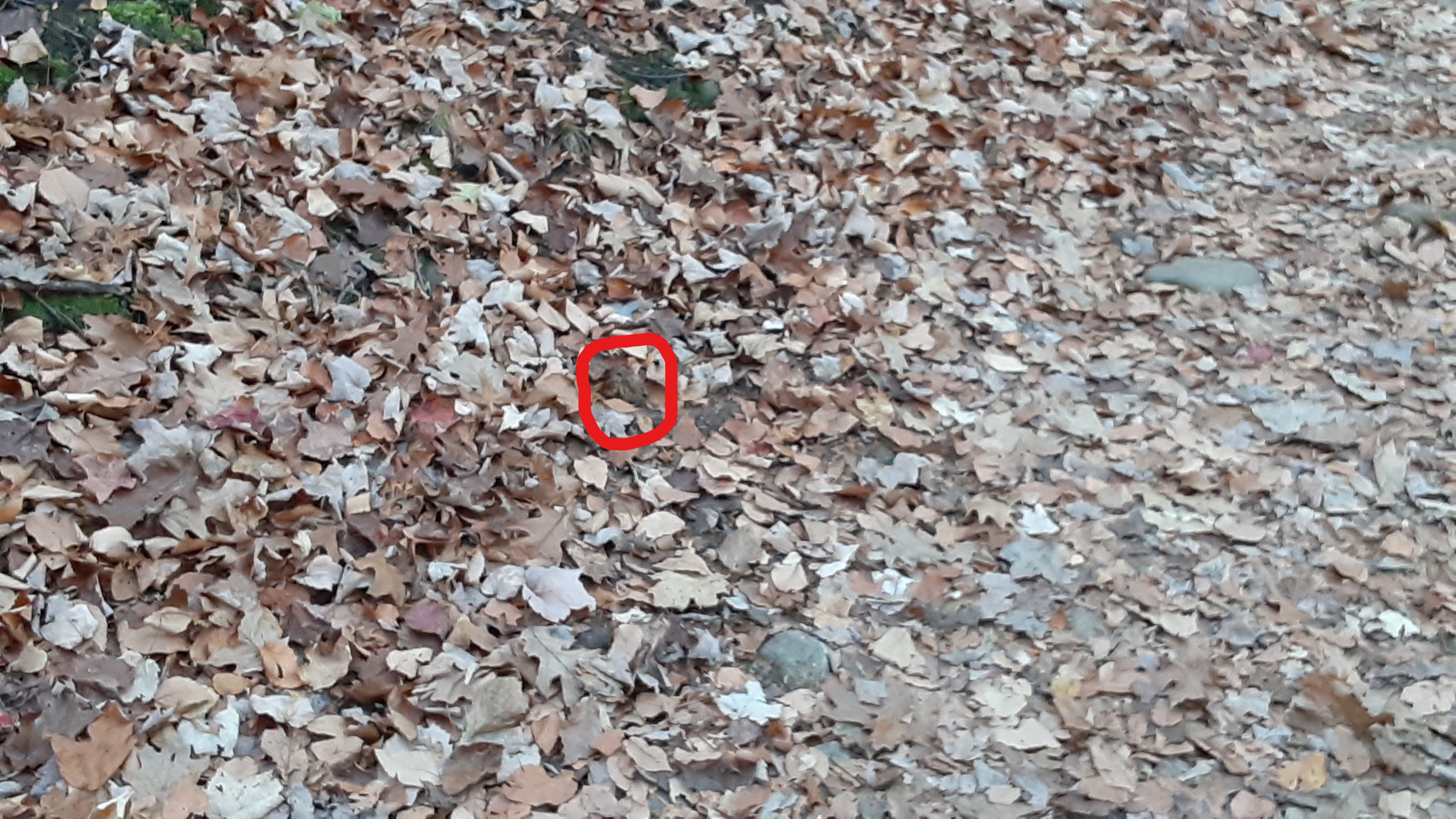 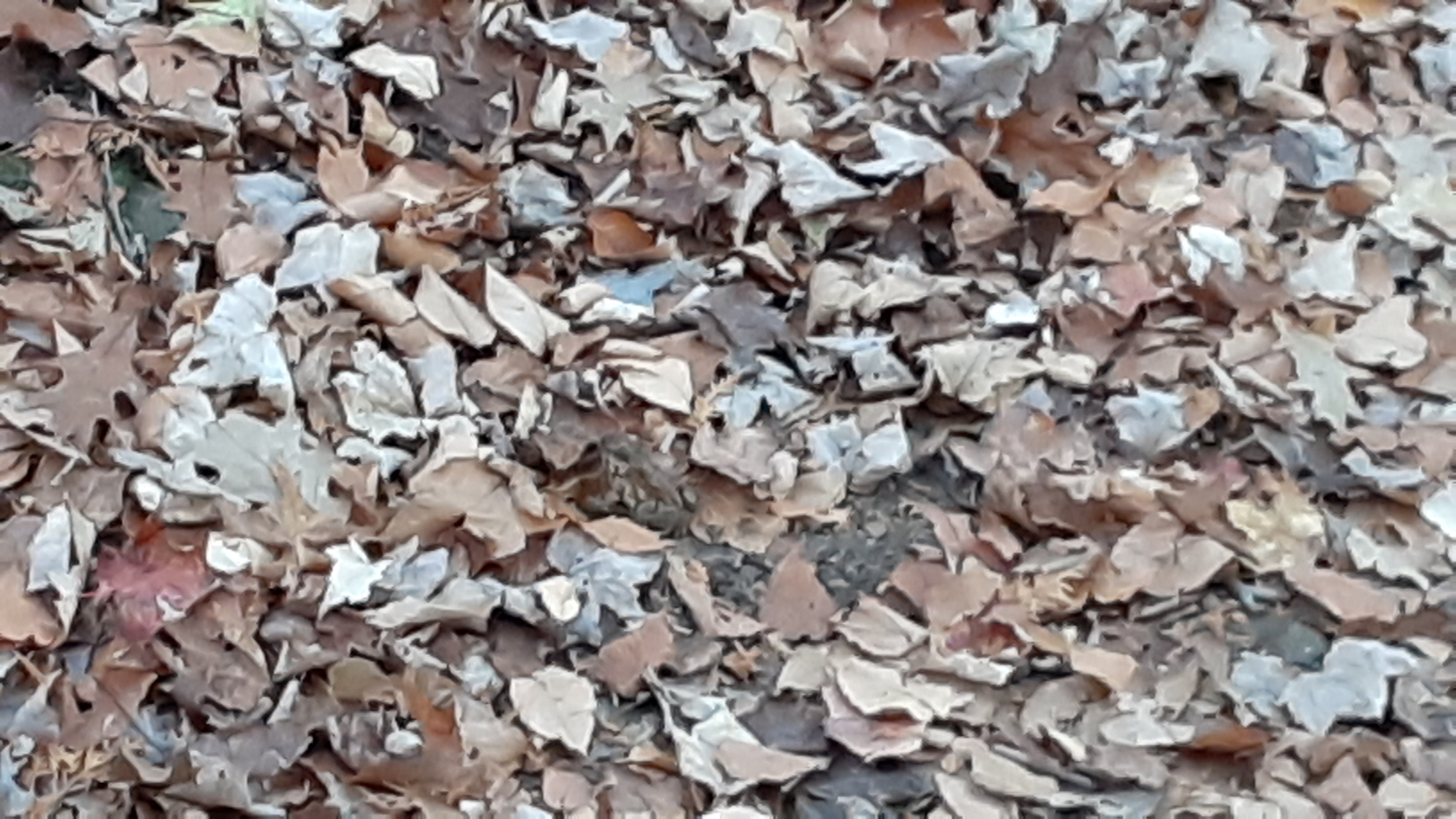 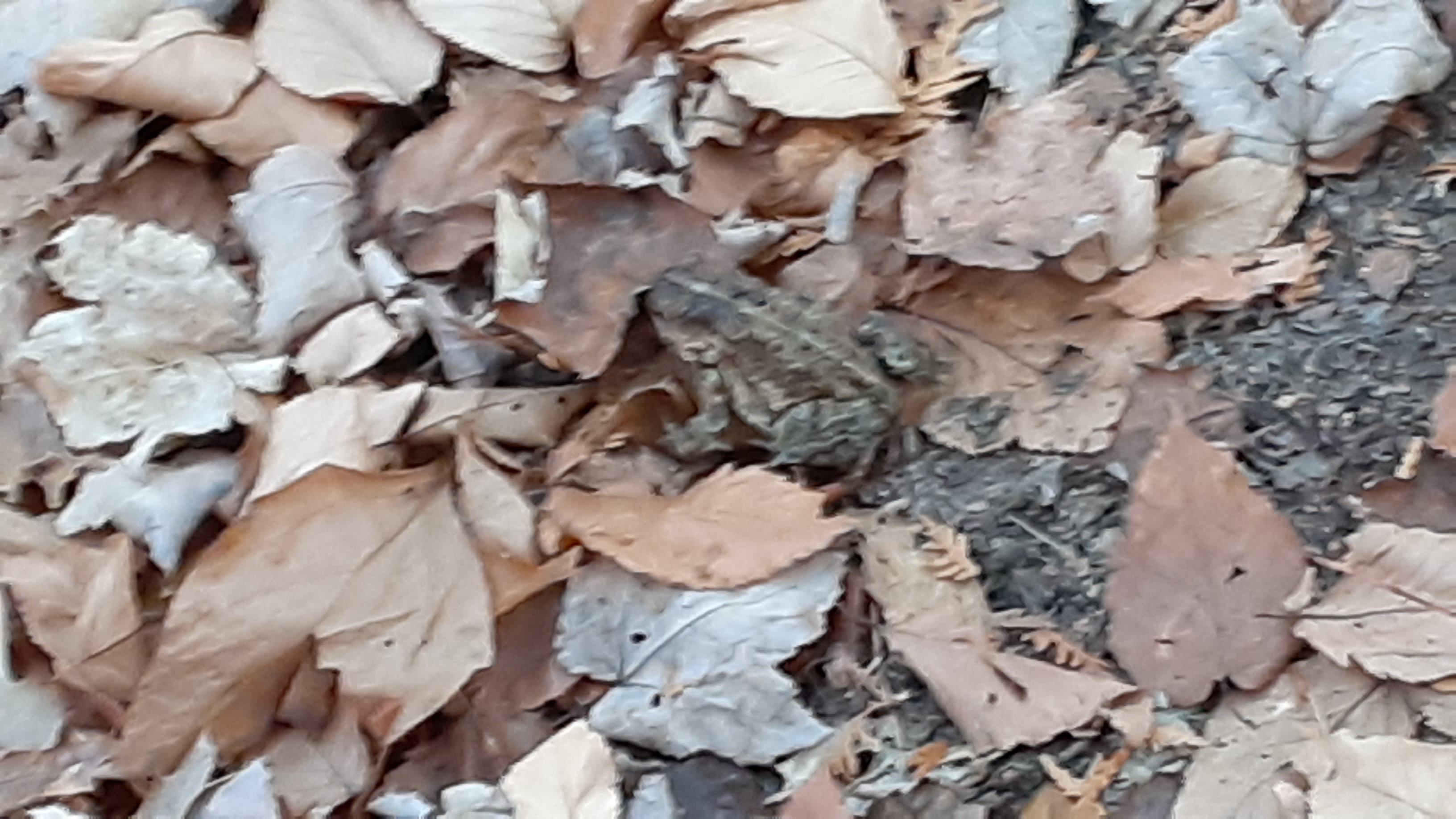