Here she is, circled. Some of her body is behind a tree, but you can see her patterns. The first reveal is mine, the second Jean Greenberg’s (she took the photo), showing Honey’s outline. 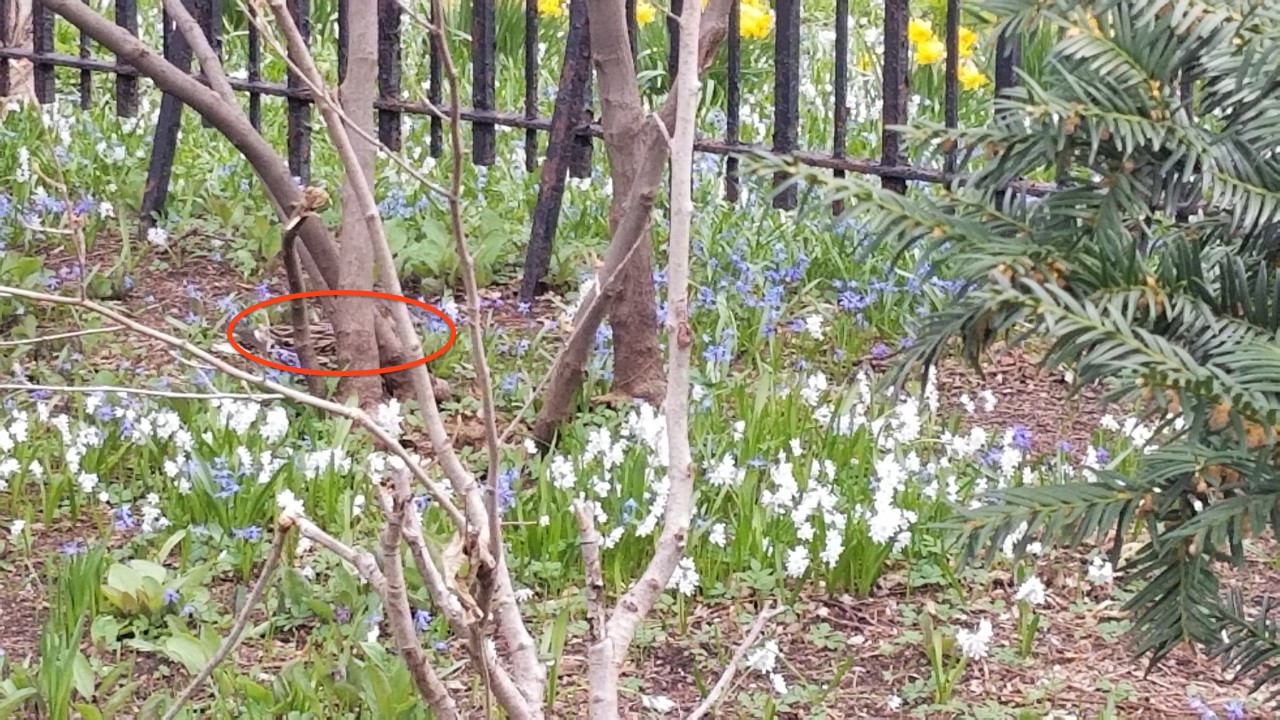 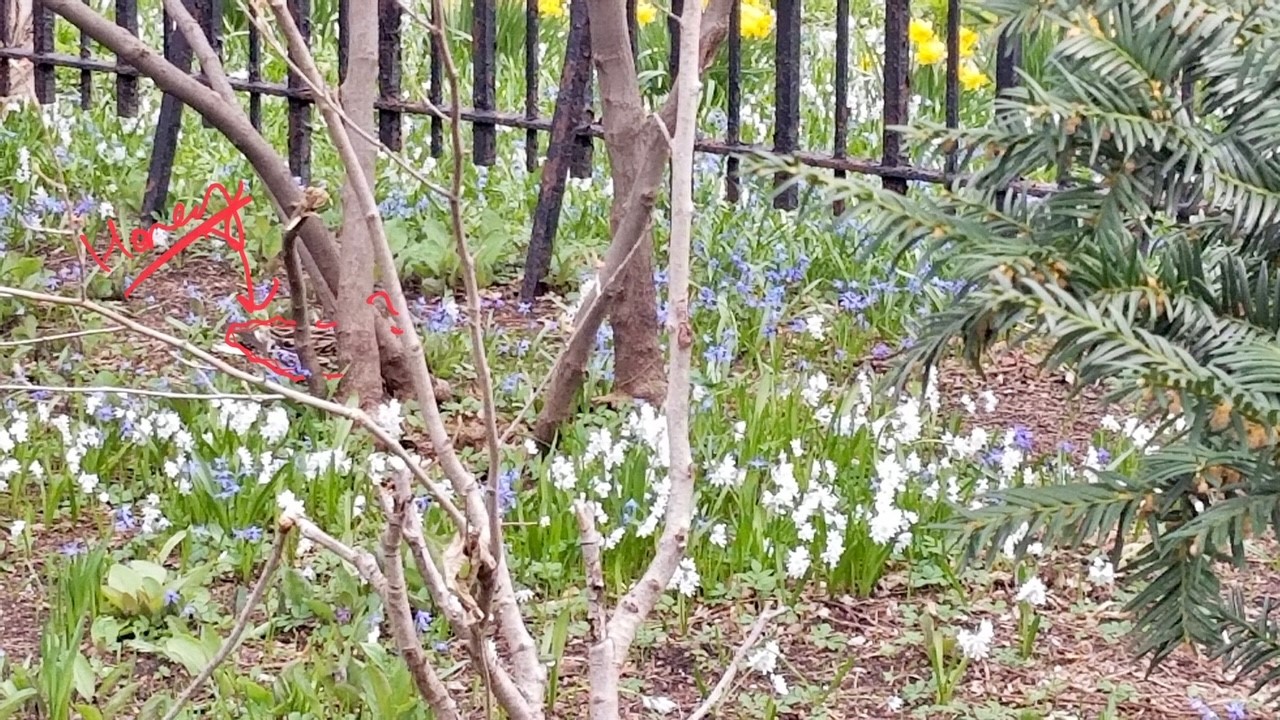 Did you spot Lion the calico cat in this morning’s photo? Here’s the photo (top) and then the revea from Paws Planet, in which Lion is circled: 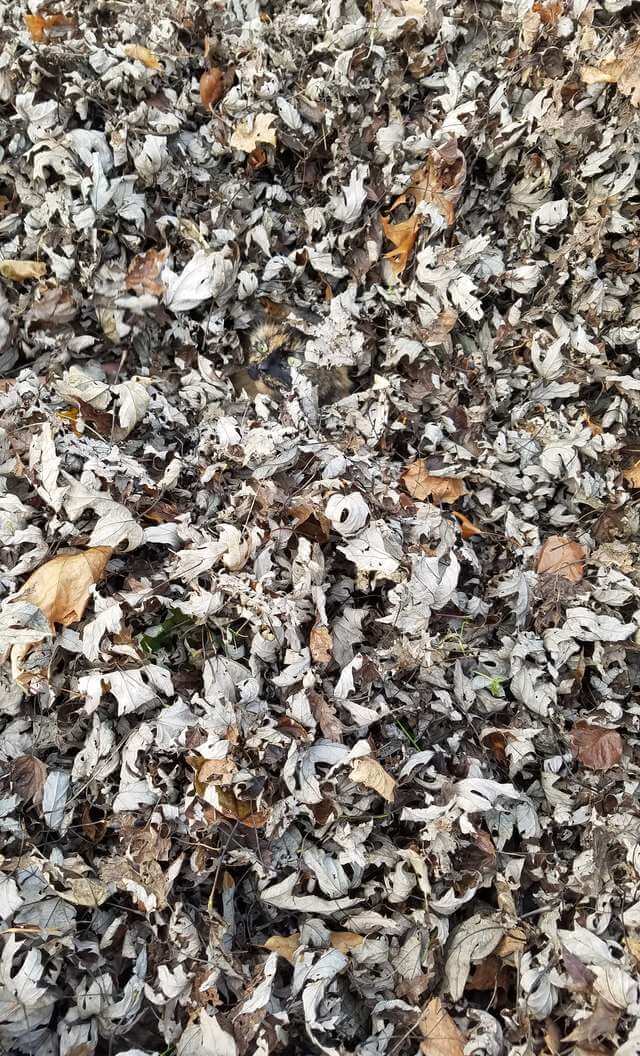 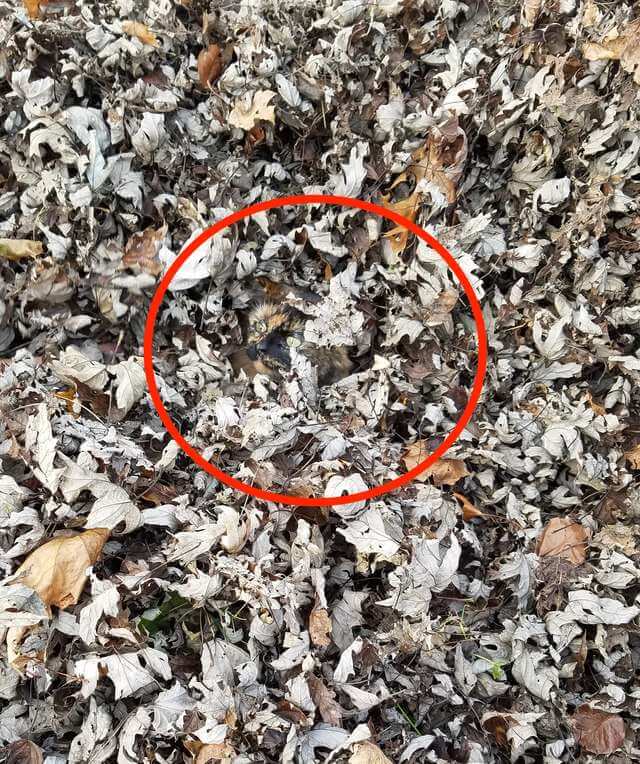 Here’s a tortoiseshell cat named Lion from Paws Planet. Her staff, Avery Shrader, sent in a “regular photo” of her (top), and the a photo in which she’s reclining on a pile of leaves. Can you spot Lion in the second photo? 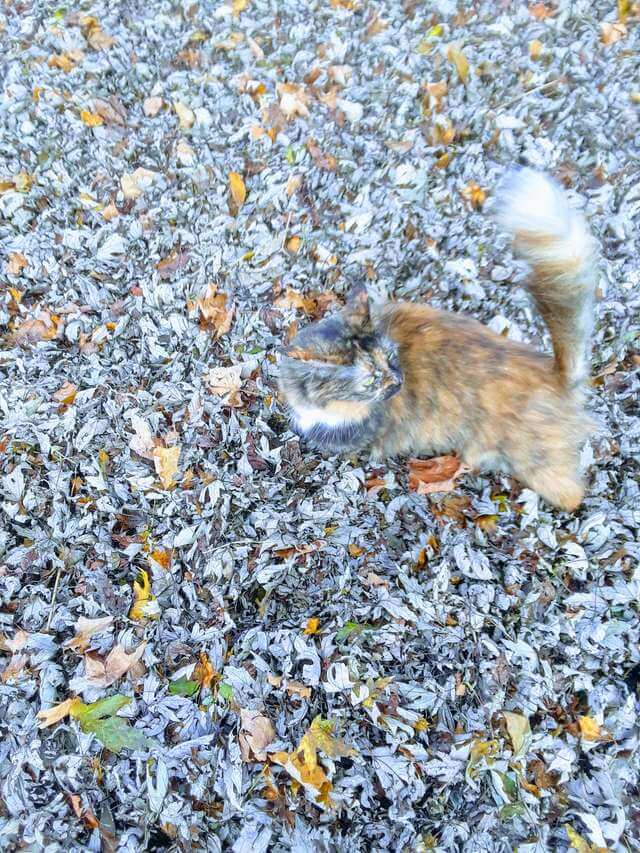 Spot the cat! Answer at noon Chicago time. (I’d rate this one as “difficult.”)

Here’s a tweet containing a photo that itself contains a caterpillar. Can you spot it? I’ll put the enlarged photo below: 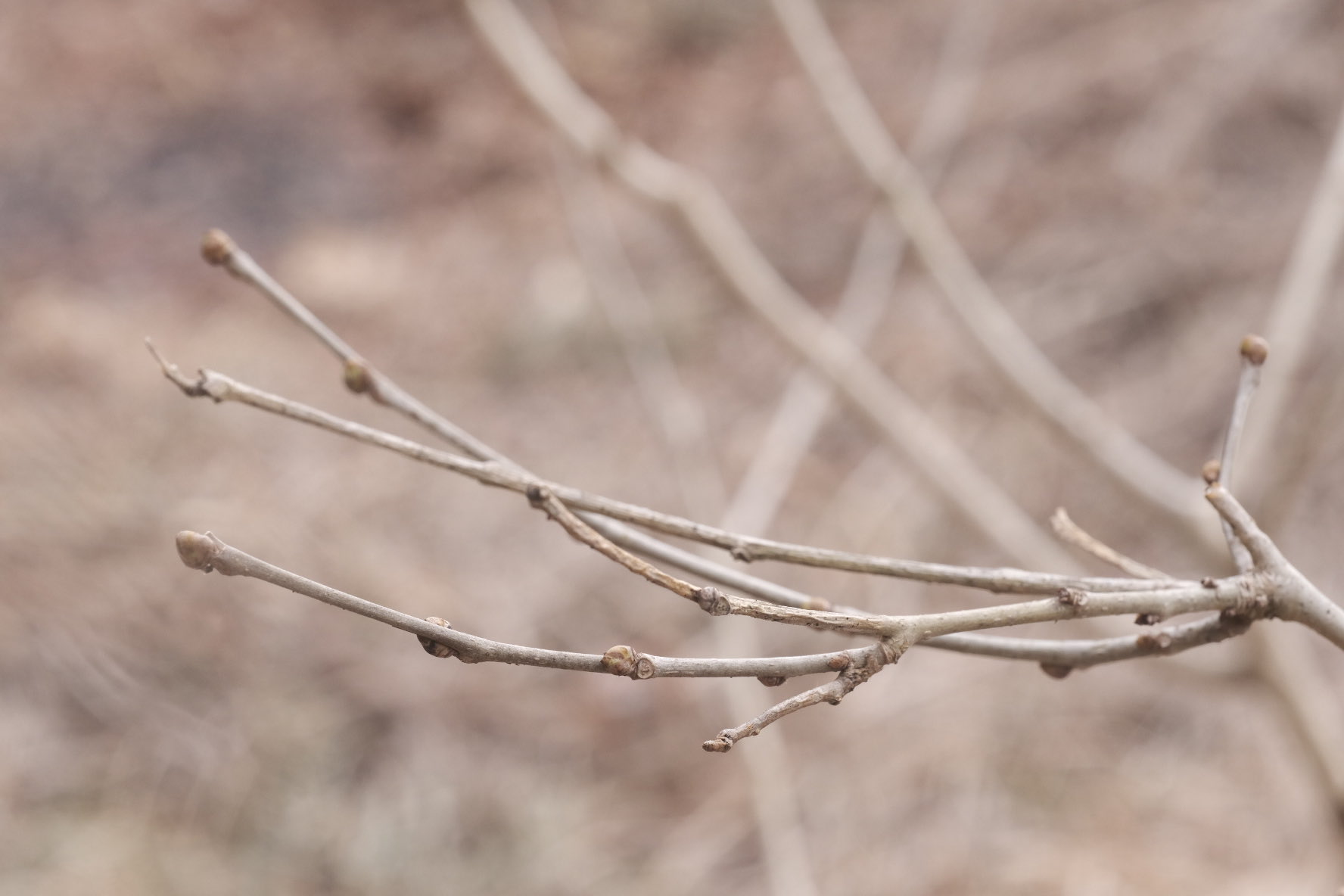 I can’t be sure about this—the mimicry is fantastic—but I’ve circled the putative caterpillar in the reveal below. Click on “read more”: END_OF_DOCUMENT_TOKEN_TO_BE_REPLACED

Here’s a tweet from the Whitmuir Estate in Britain. There’s a hare in there; can you spot it? (Enlarged photo below; h/t Matthew)

The reveal is below the fold.

Brown Hare – Lepus europaeus leveret hiding against the wall of one of our Holiday Cottages. Extremely well hidden only spotted by a #BavarianMountainHound nose. @labmammalgroup pic.twitter.com/c3Lxqm4Ih3 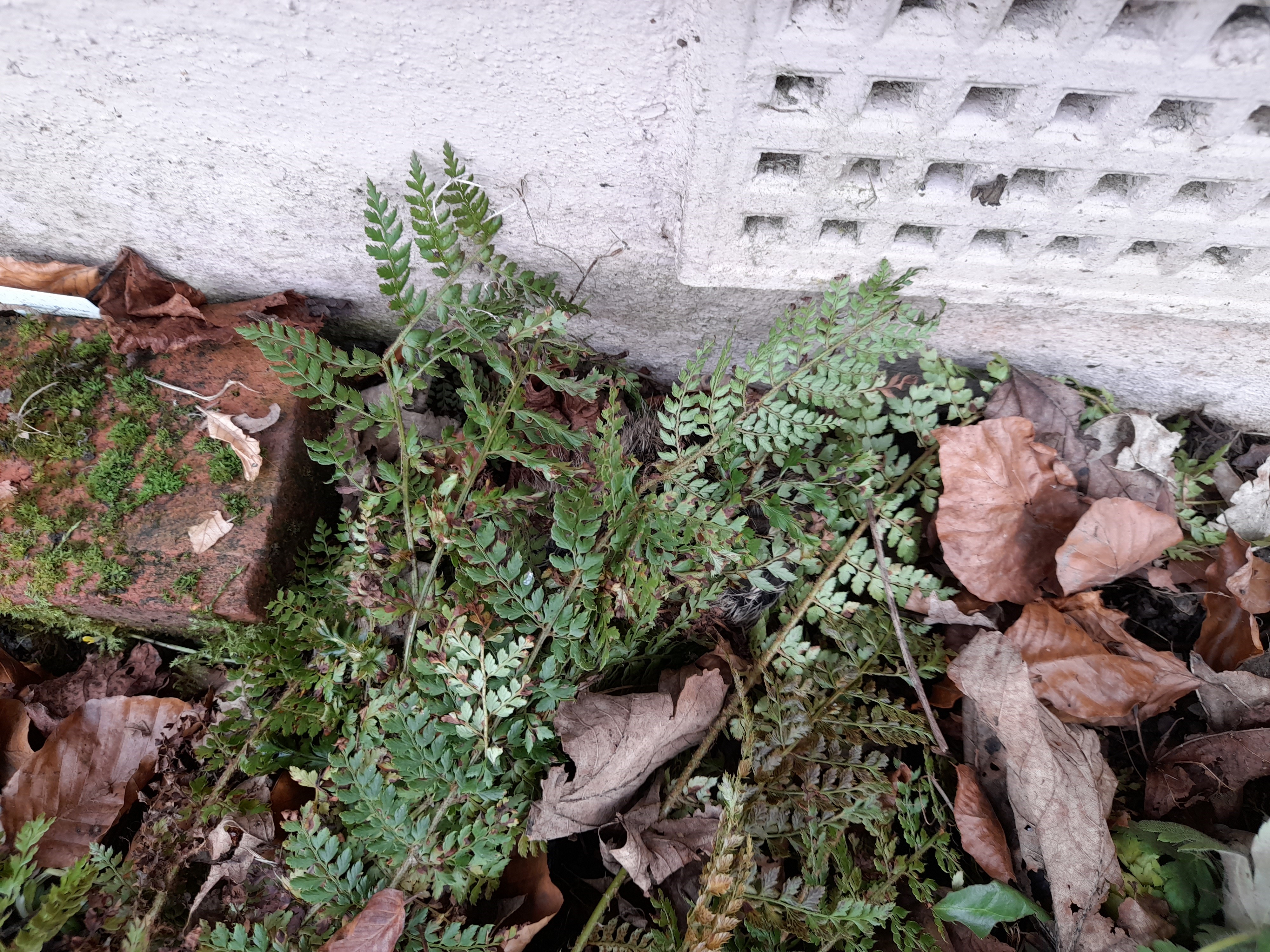 Today’s photos come from a new contributor, Deborah Davis. Her comments are indented, and you can click on the photos to enlarge them.

These photos are from a road trip to the eastern Sierras last July.  I drove down to San Diego to pick up my road trip partner (we do 2-3 of these kinds of trips per year), and then we spent 9 days living out of my truck and hiking the Sierras.  Two of the photos are a couple of lakes along the Mosquito Flats trail, which was my favorite hike of the entire trip.  The other lake photo is Convict Lake, named for a group of convicts who escaped from jail in Carson City NV, and were cornered by a local posse there.  I love the different colored rock layers in the mountains in the background. 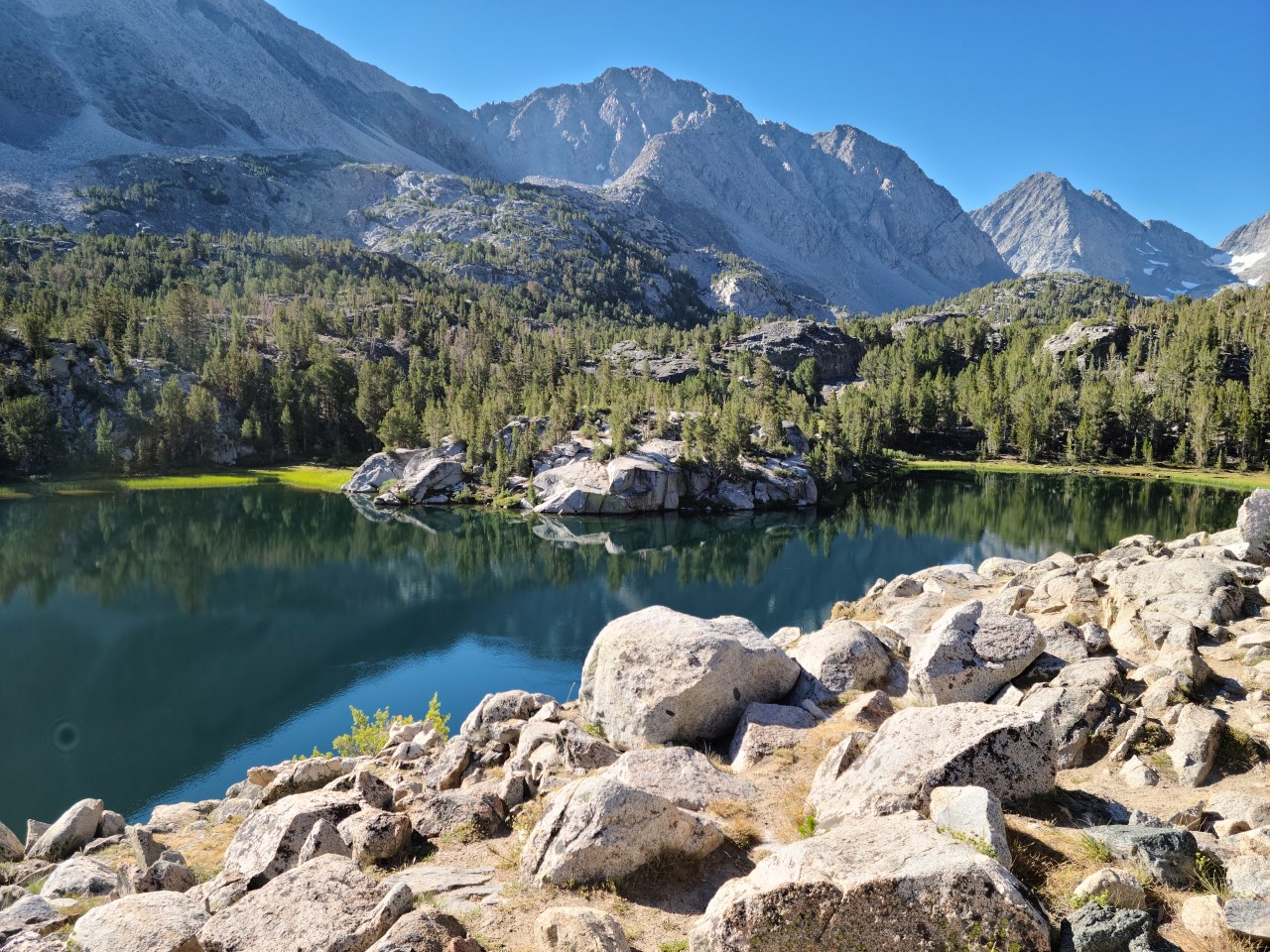 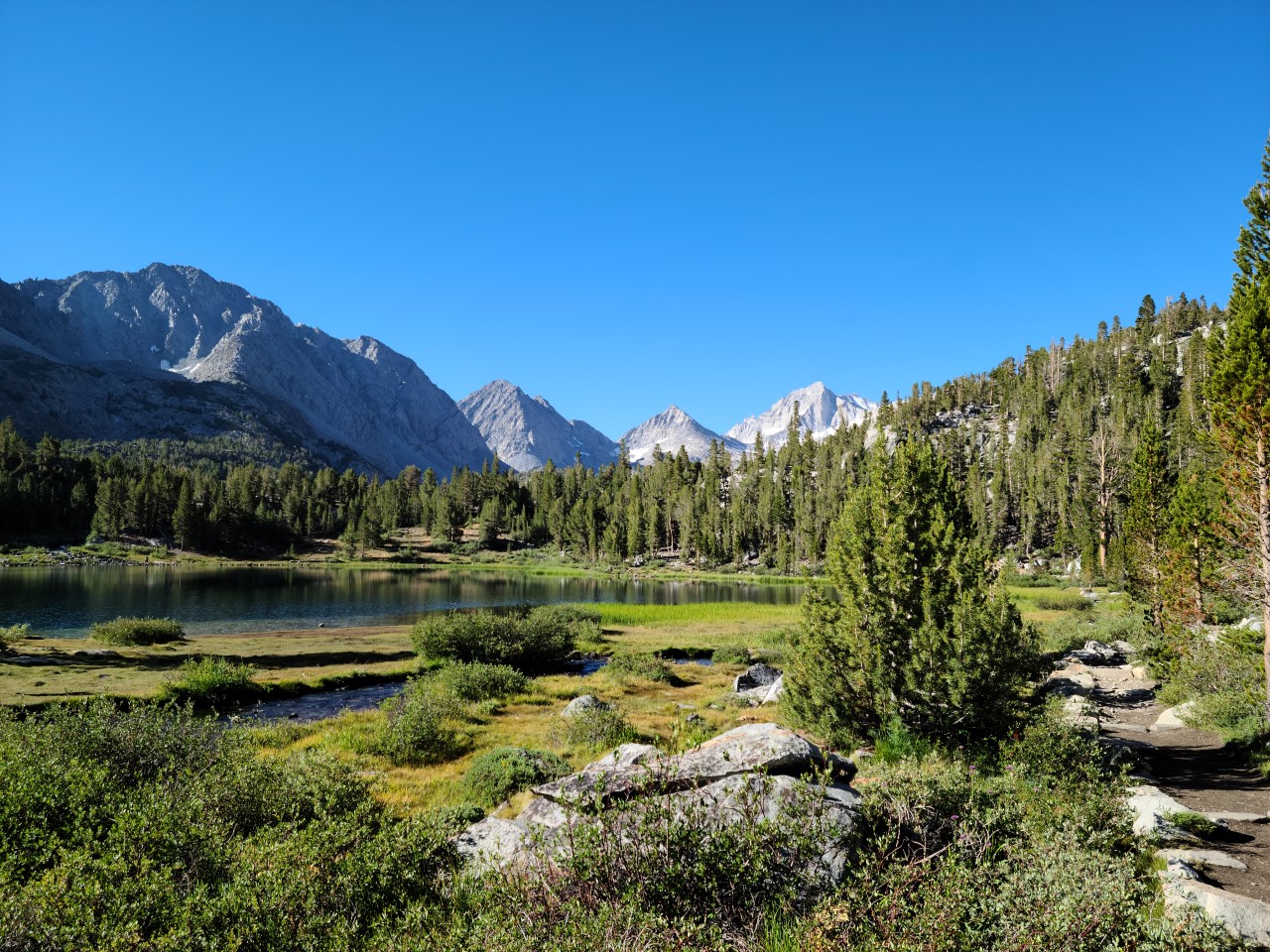 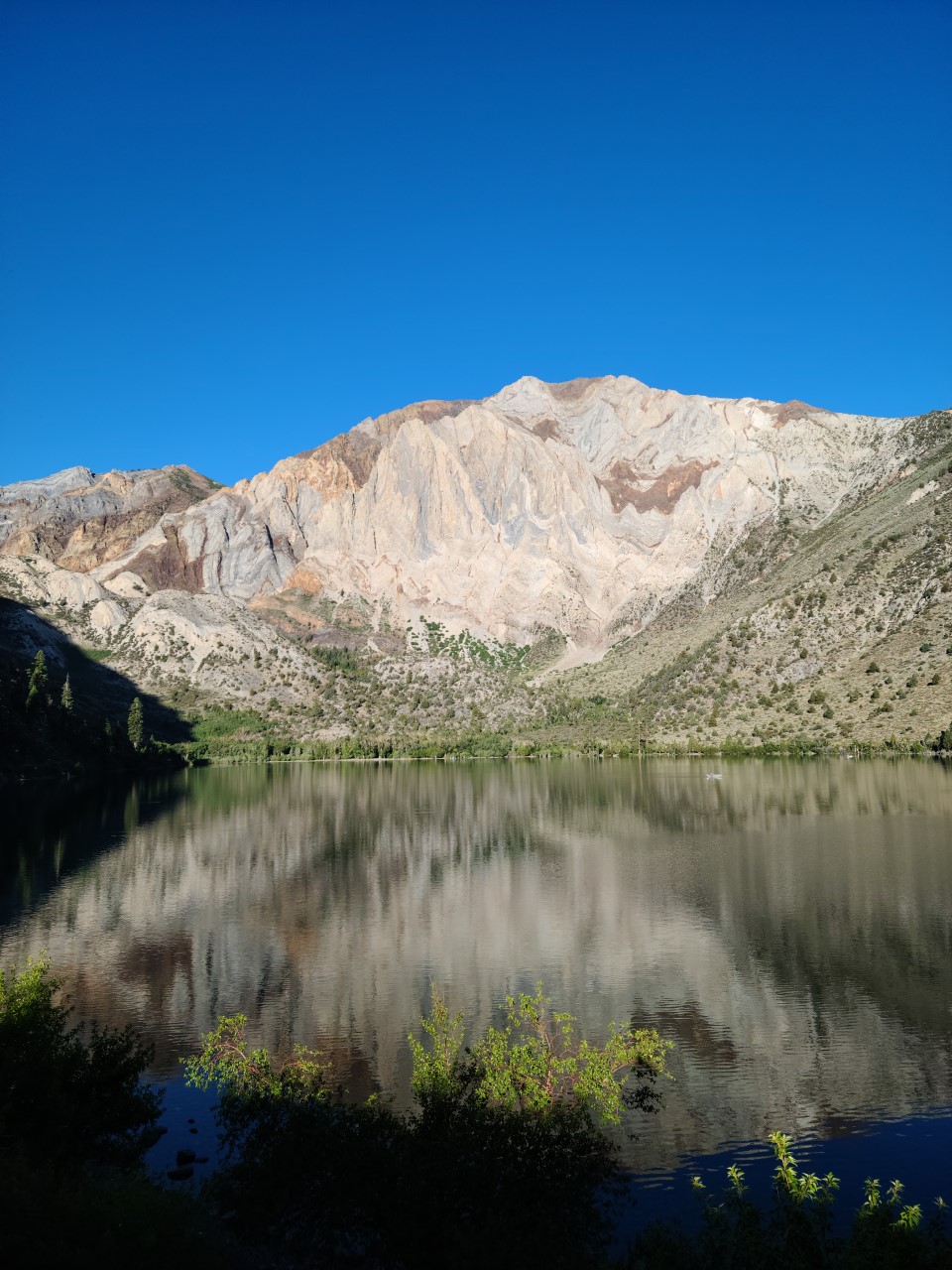 The last photo is also from the Mosquito Flats trail, from a pile of rocks right along the trail.  There’s a pika (Ochotona princeps, I think) in the rocks, so this is an extremely easy ‘spot the…’ photo.  He’s worth the spot; he’s pretty cute.

Can you spot the pika? 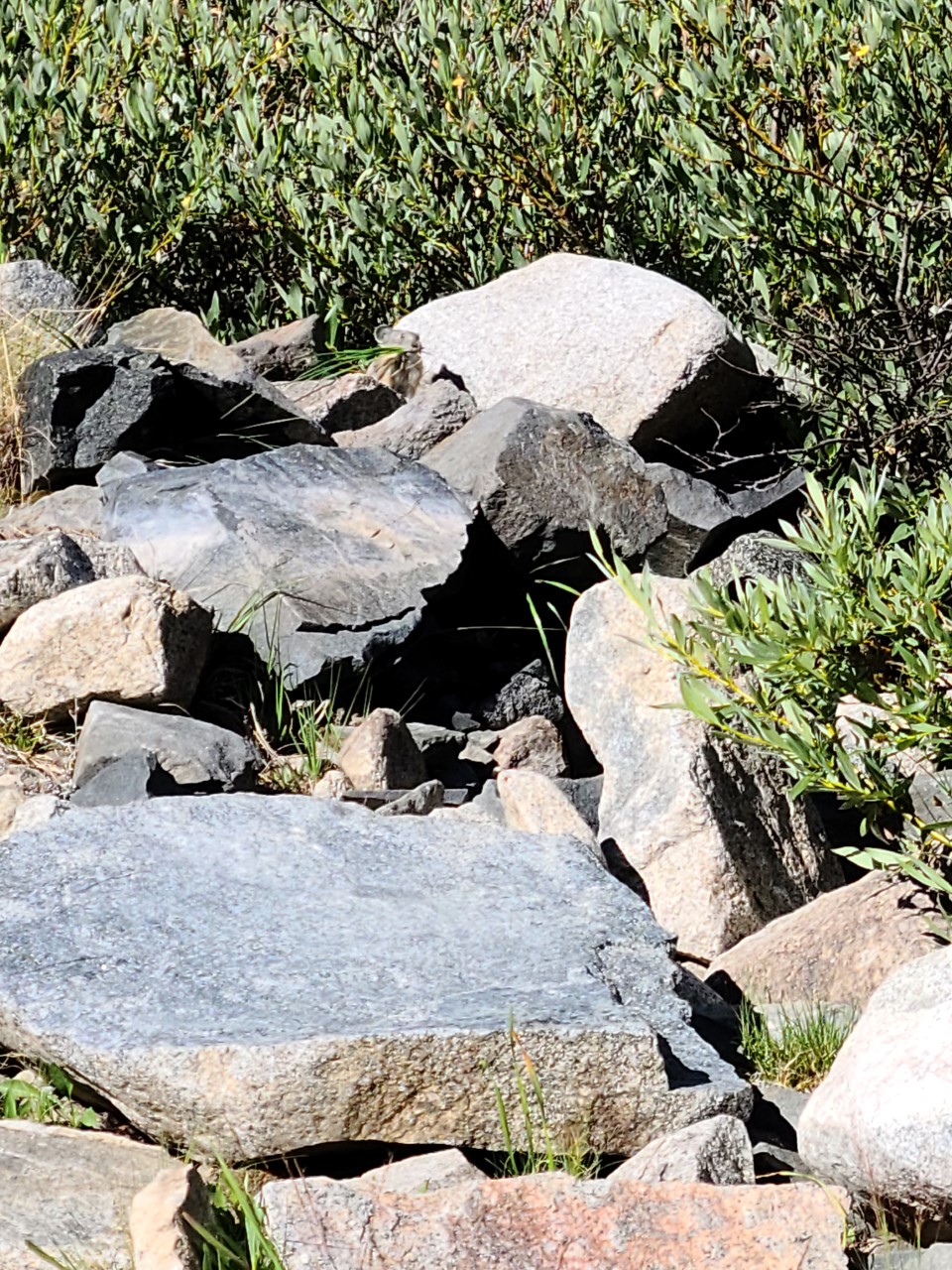 Did you spot all nine leaf insects in today’s photo from the New York Times taken by Hsin-hsiung Chen? Here’s the reveal (click photo to enlarge): 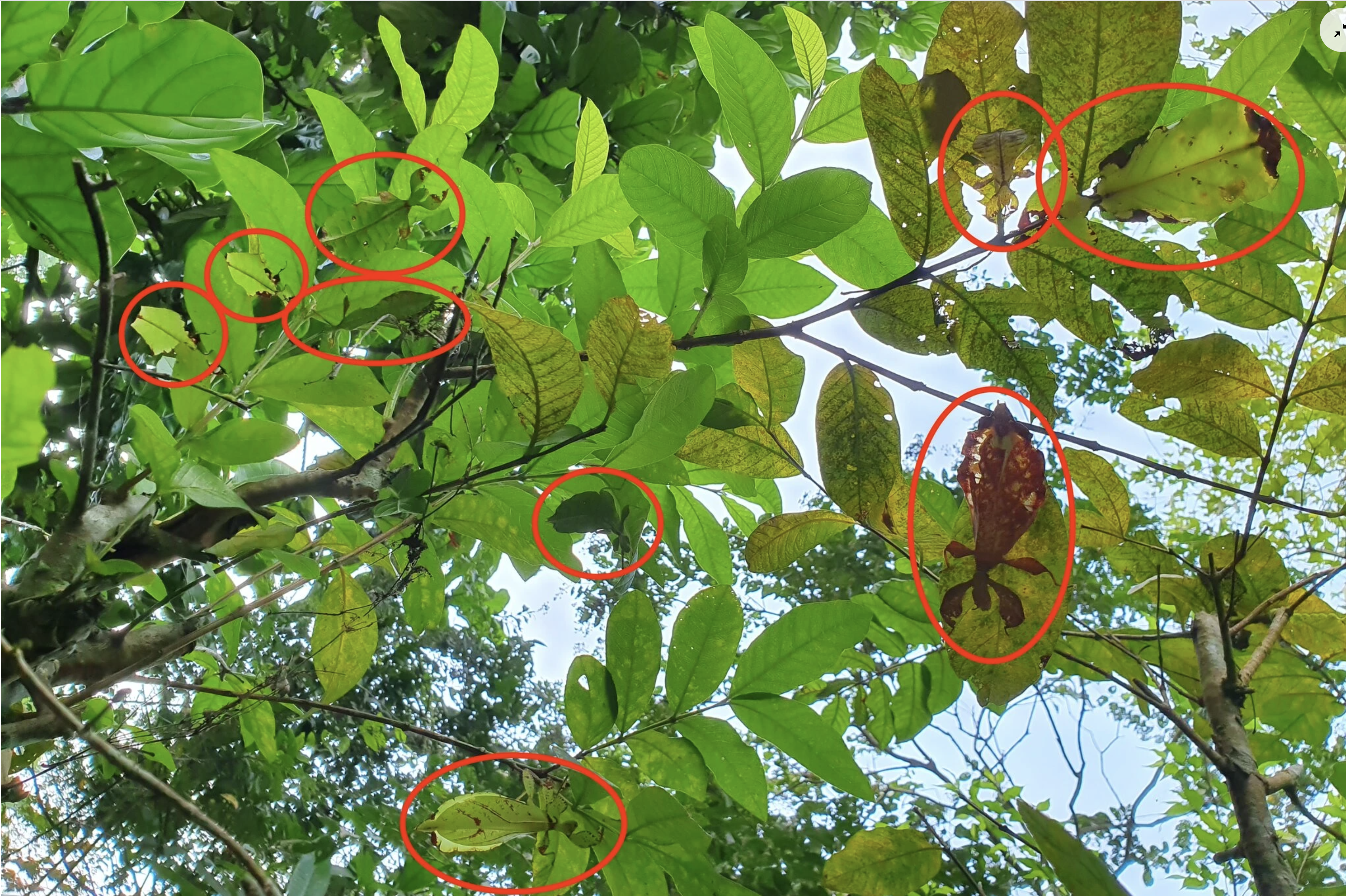 If you can’t see them, it’s a clue that sharp-sighted birds, who hunt these using vision, can’t easily see them either.

The pictures of leaf insects below come from a cool science story in the New York Times about this fabulous family of fantastic mimics (Phylliidae). The story has a lovely twist, as the females look like leaves while the males look like sticks, and for many years scientists thought the sexes were members of different species. In fact, they were named as different species. There’s one clue that something’s amiss, though: you shouldn’t find that every individual of your species is a female—or a male.

There are only three ways to identify such different-looking sexes as members of the same species. First, you can catch a male and female in copulo. That isn’t on for these species, as the sexes are both hard to see—so cryptic that some experts on the group have never seen a living individual in the wild.

Second, you can look at the DNA, for males and females should have virtually identical DNA—much more similar than the DNA of different species, even closely-related ones.

Third, you can do what was done in this case: rear a clutch of eggs in the lab, and discover that from that clutch both sexes, having drastically different appearances, emerge. And that’s how they identified the conspecific males and females in this case. Do read the story at the link above.

For our purposes today, you can see the preciseness of female mimicry by looking at the photo below. It contains nine leaf insects. Your task, which isn’t easy, is to find them all.

The reveal will be at 3 pm Chicago time. (The photo is by Hsin-hsiung Chen.) Click the photo to enlarge and make hunting easier. 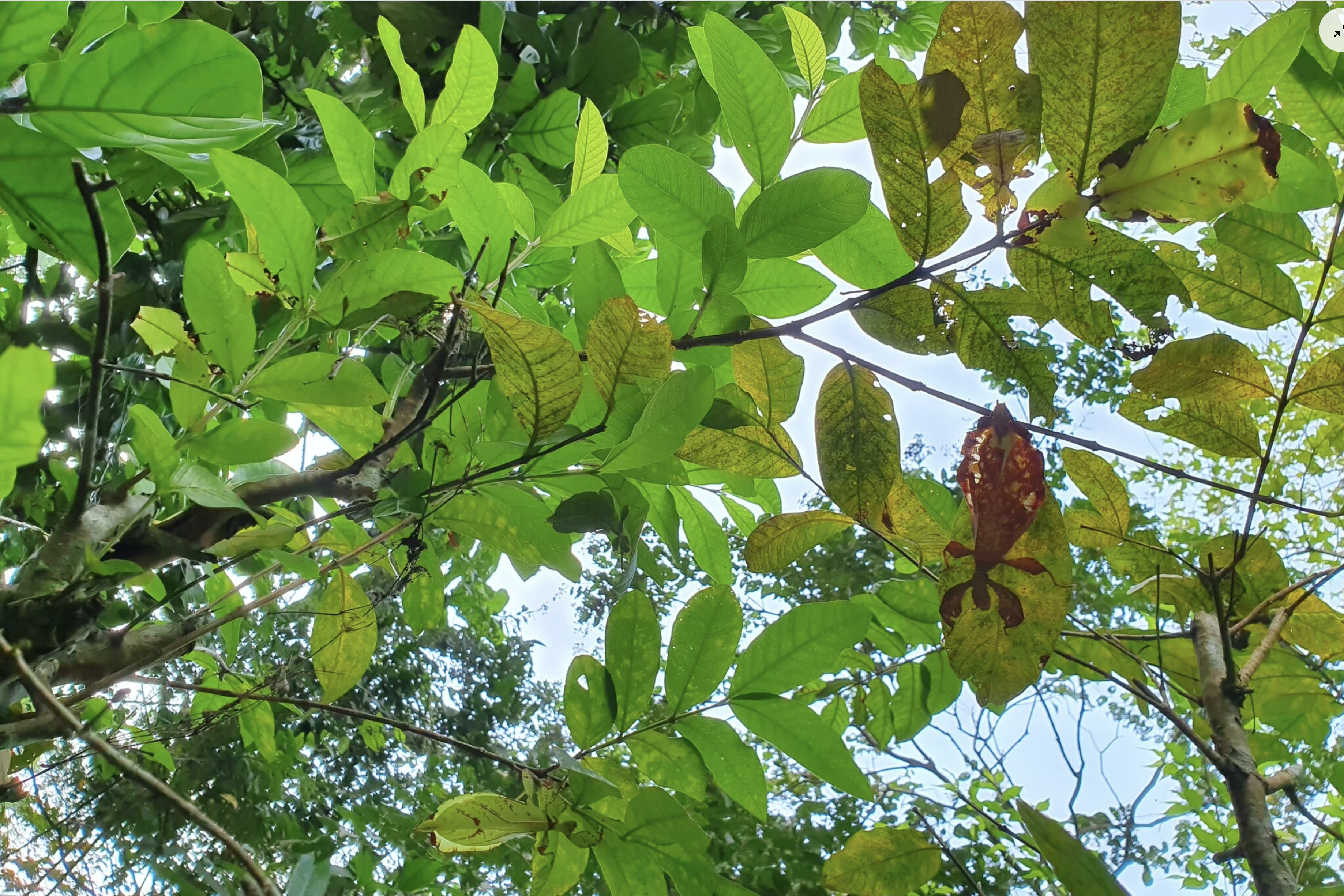 Just to show you what these marvelous mimics look like, here’s a close-up of one (caption from the NYT article):

Did you spot all three mallards in this morning’s photo from Gregory James? Here’s the reveal: 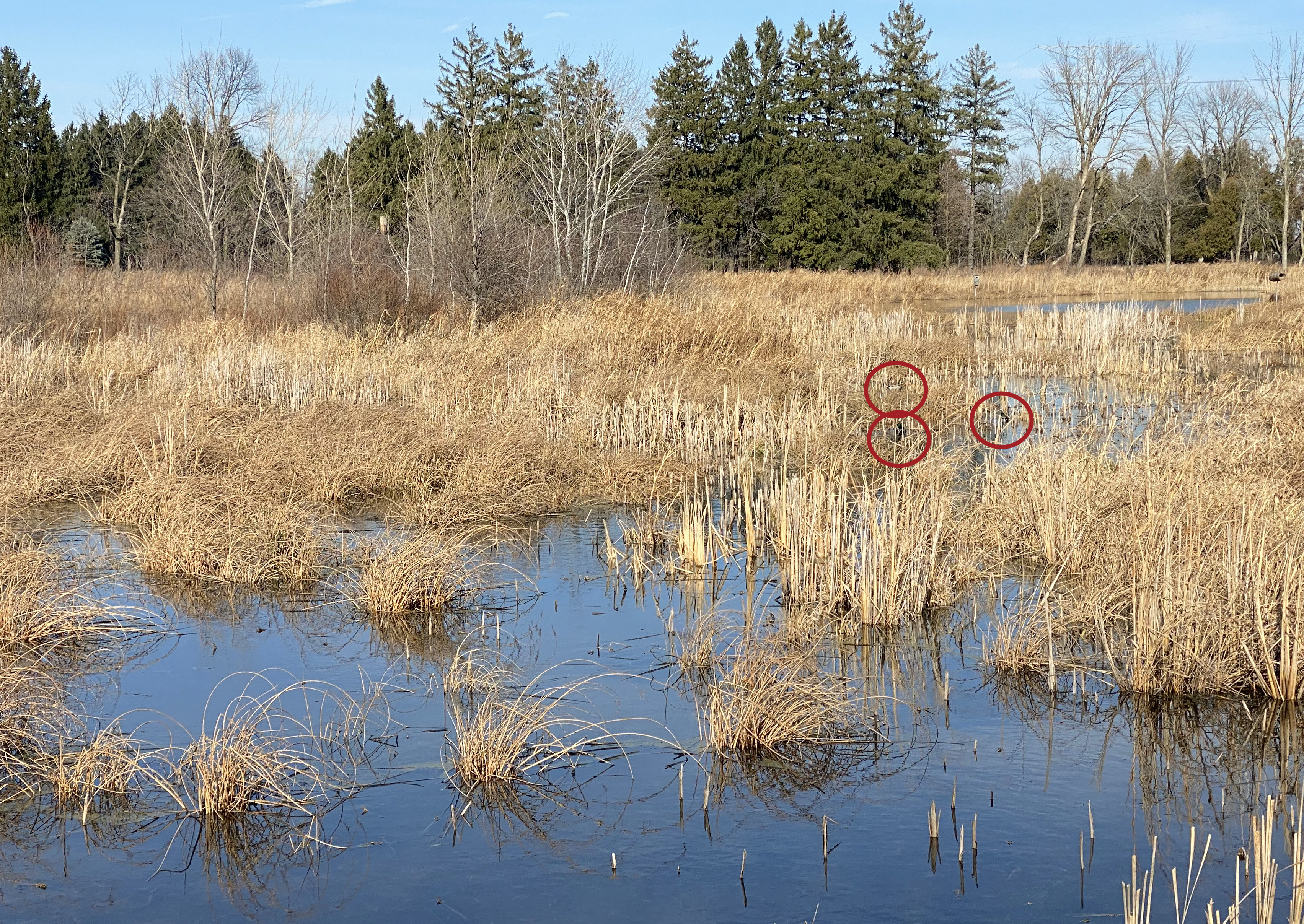 There’s a puzzle I have. There are a couple of bird houses in the marsh and a third one, on the far right, that is of a sort I’ve never seen. It is kind of like a hollow log on it’s side, stuck on a pole. There were a few of these at the site and I have no idea what kind of bird they are intended for.  Any idea? 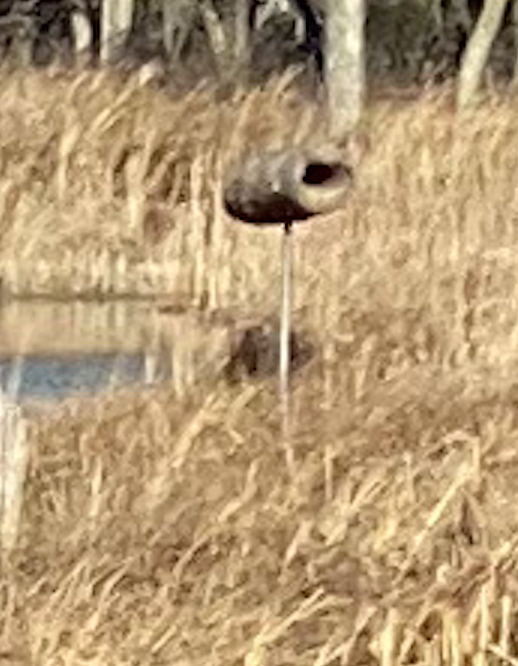 Reader Gregory James sent this photo with the caption:

Not that it is particularly hard, but there are three mallards in this photo. Taken at the Mequon Nature Preserve.

Can you spot all three? The reveal is at 1 pm. Chicago time.  I consider this medium hard. 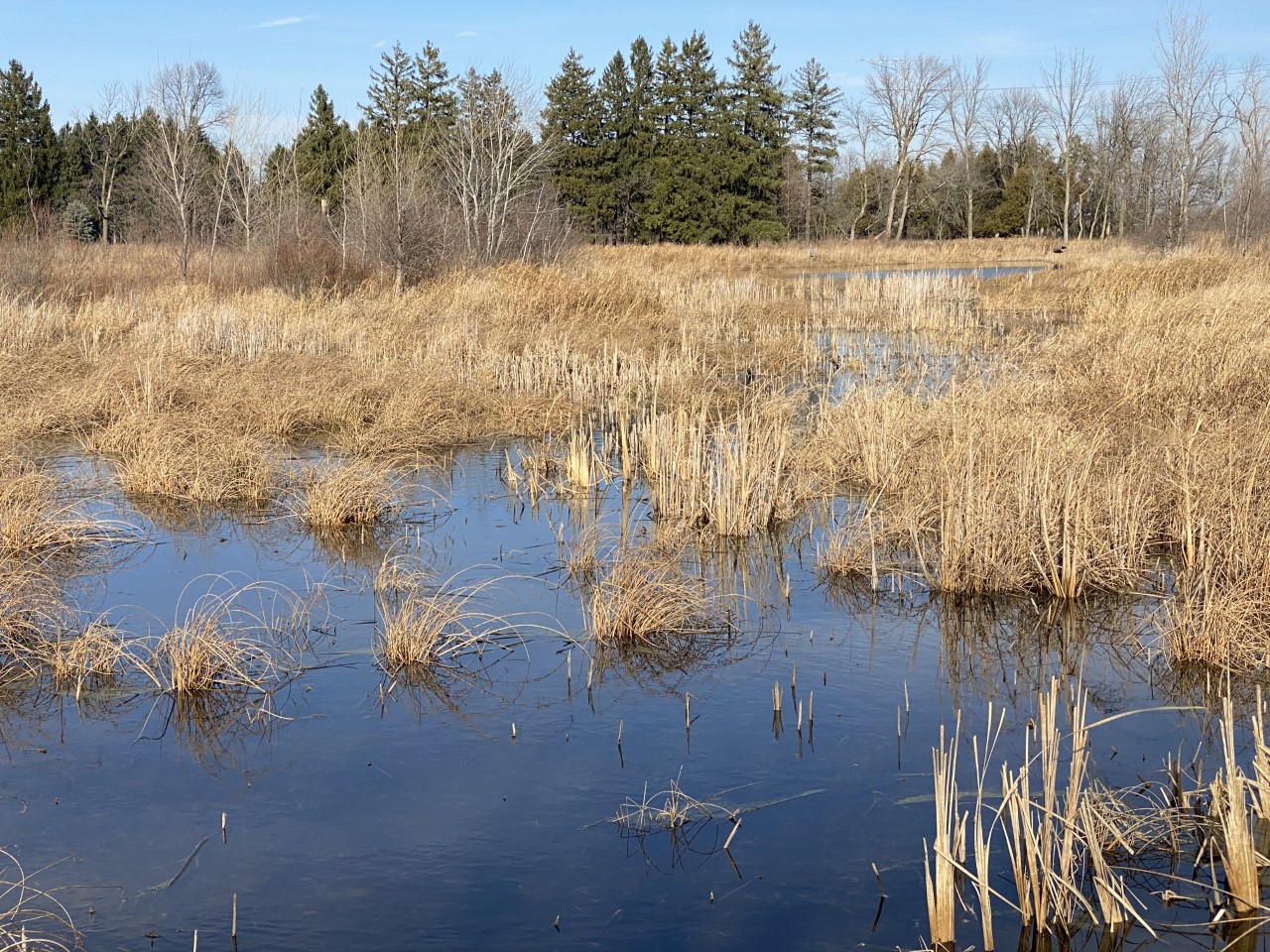