We have a lovely book up for auction, with all the proceeds going to charity! But first, some backstory.

In 2015, artist Kelly Houle and I collaborated to produce a multiply-autographed and wonderfully illustrated and “illuminated” copy of my first trade book, Why Evolution Is True (2009). I’d been collecting signatures of luminaries in the book for five years, and, when there were quite a few, Kelly added some wonderful artwork (see the preceding link) and we auctioned it off on eBay. All the proceeds went to Doctors Without Borders, and charity auctions on eBay are hosted for free, without eBay taking a cut.

Amazingly, we got over $10,300 for the book, and so the charity made out well. Kelly and I were immensely pleased. Here’s the 2015 auction result (click for the link to eBay): 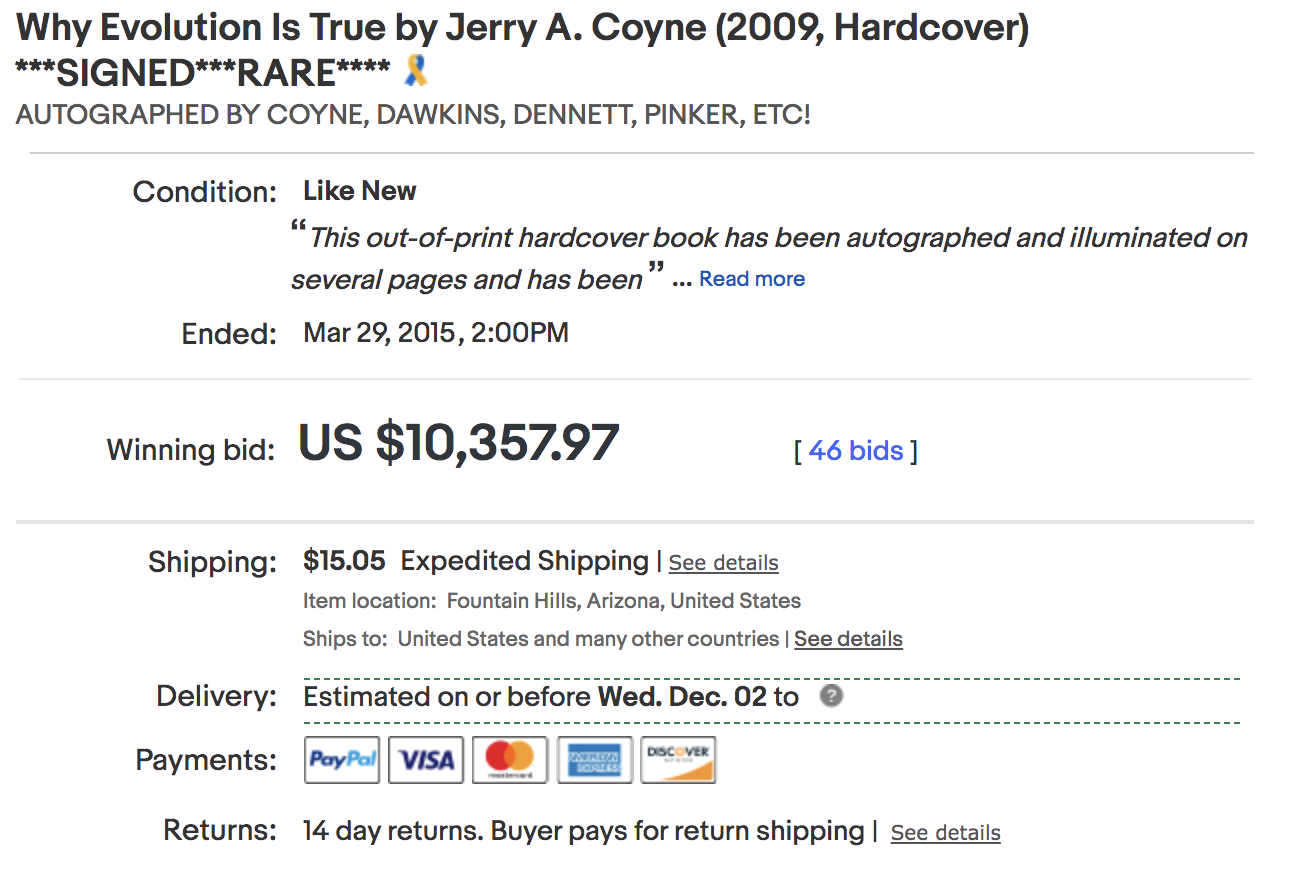 Well, in 2015 I wrote another book, Faith Versus Fact: Why Science and Religion Are Incompatible, and again I’ve been collecting signatures for five years, schlepping the book from meeting to meeting, and friend to friend, with the plan of auctioning it off again for charity. Kelly again agreed to do the art, and so we were off.

The result is below: we have even more signatories than before, including three Nobel Laureates, and you can see a list and photos of the signatures (many signers wrote messages) below. I’m sure you’ll recognize most of the signers; my intent was to get as many secularists and humanists as possible. We wound up with 28 signatures—not including mine and Kelly’s, which are both in there too.

It’s now time to release the book to the buying public and see what they’ll offer for it.

It’s just gone up for auction now, at this link, and the auction will run for ten days. This time all the proceeds go to Helen Keller International, a wonderful and efficient charity that helps prevent malnutrition, disease, and blindness—largely in children (see below). The organization was founded by Keller herself along with George Kessler, and it’s worth reading a bit of the backstory in the organization’s Wikipedia entry. A bonus this time is that Friends of Helen Keller International will match our donation dollar for dollar, so the buyer will have twice the positive impact as usual.

The auction copy, a hardback: 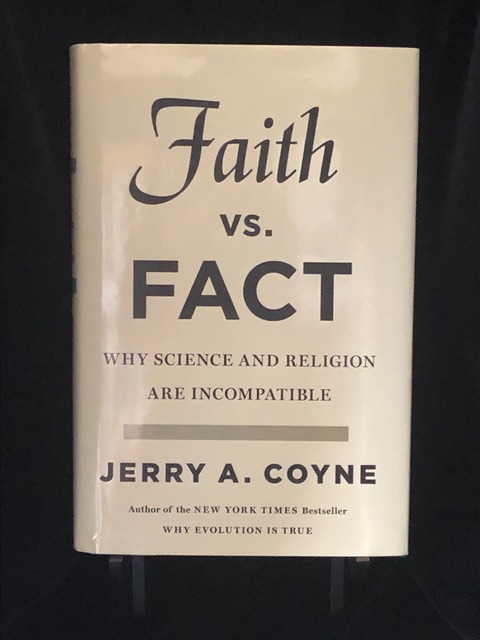 Here’s the alphabetical list of signers, with Wikipedia links to each one:

Can you find them all? 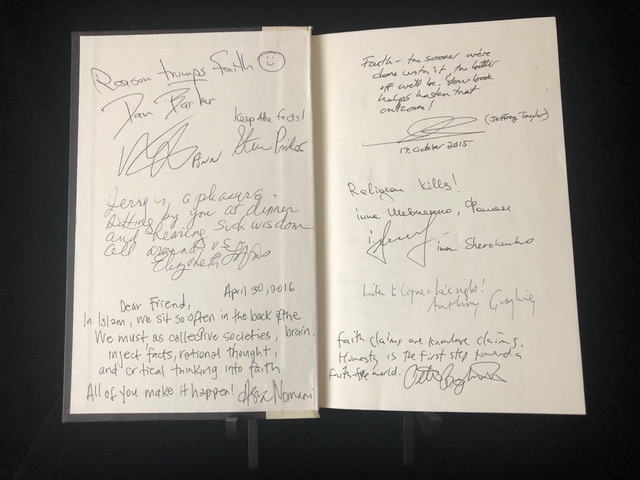 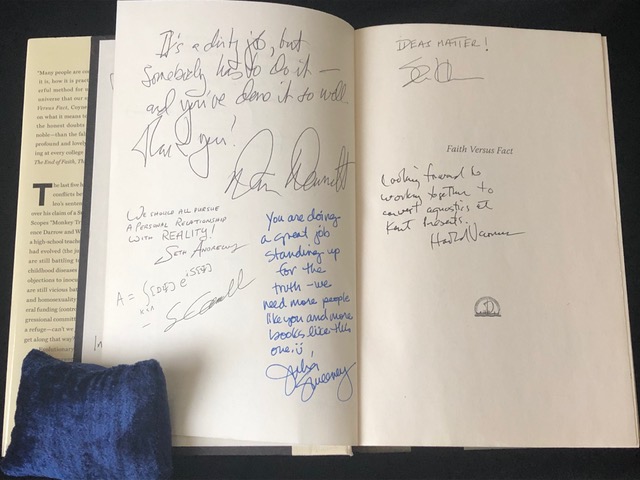 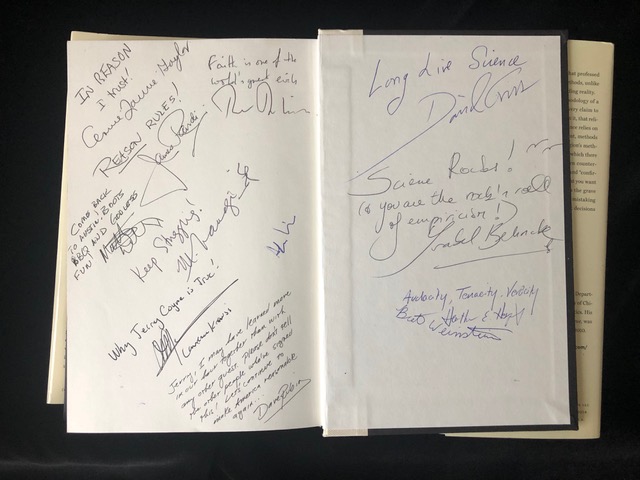 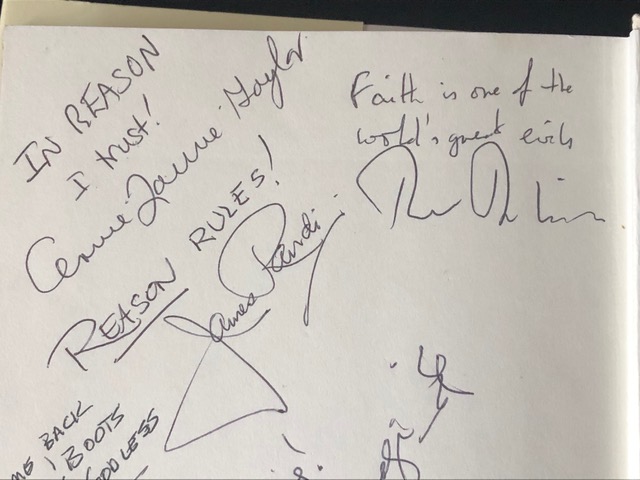 Full title page (signed by JAC with his cat drawing): 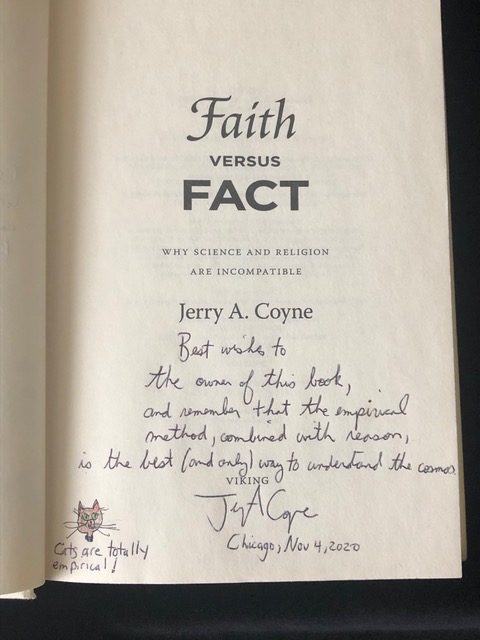 Kelly drew a curled-up cat on the dedication page: 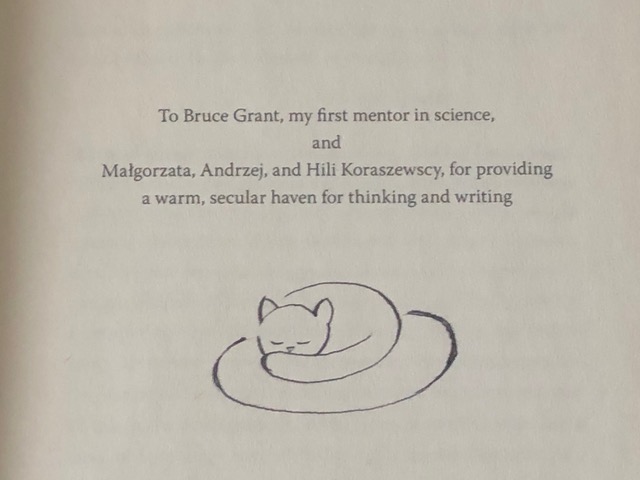 From Kelly (henceforth, her words are indented):

I illustrated the title page that falls after the introduction with a quote from Faith vs Fact: and my adaptation of a painting by Maria Sibylla Merian showing the stages of Cocytius antaeus [Giant Sphinx Moth] from her book Metamorphosis Insectorum Surinamensium. Merian observed and drew insects at a time when butterflies and moths were thought to appear spontaneously from the ground.

The whole illumination is held up by a pen, an important tool of science for recording observations. The banner has another quote from Faith vs Fact translated into Latin: “fides non virtus in scientia.”

Illustrating this page was a challenge because of the paper. I wasn’t able to use my calligraphy pen, so it’s all done with a regular ball-point pen and colored pencils. I added very dry gold mica paint to the pen nib and holder. 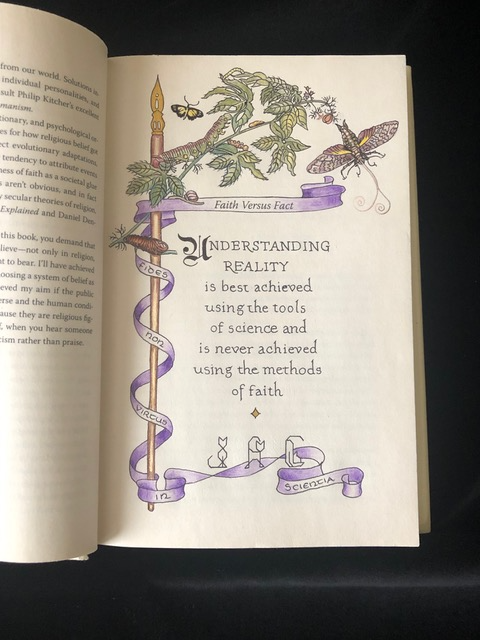 Pupal stage as observed and drawn by Merian: 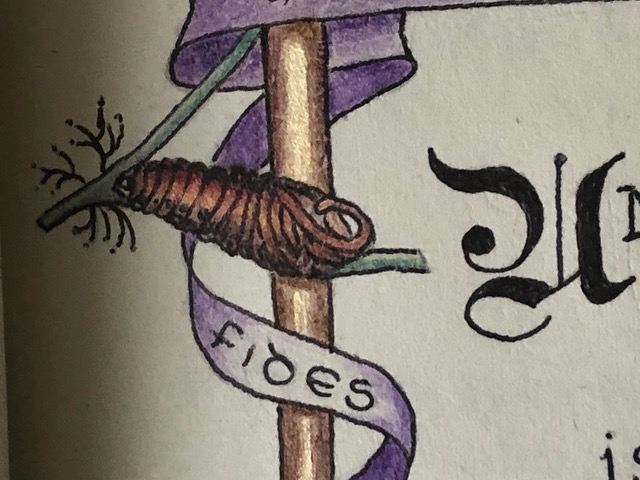 Pen nib with caterpillar, larvae, and small moth after Merian: 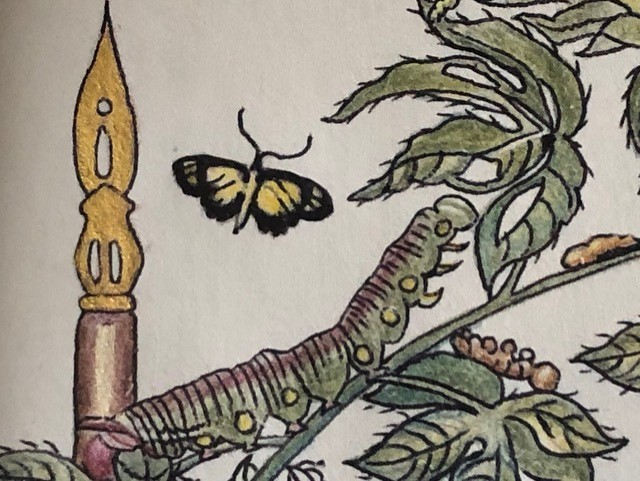 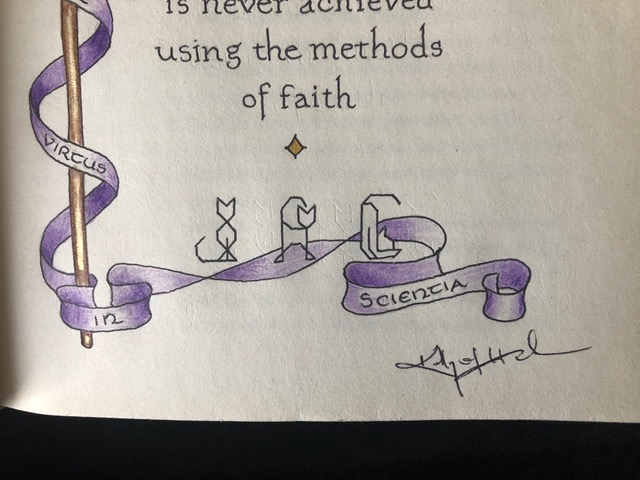 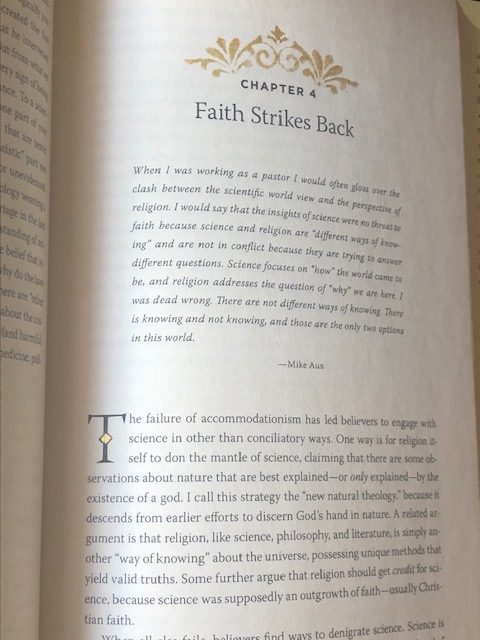 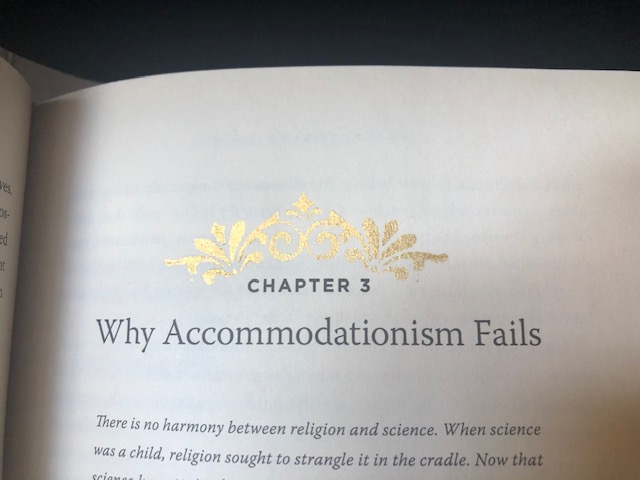 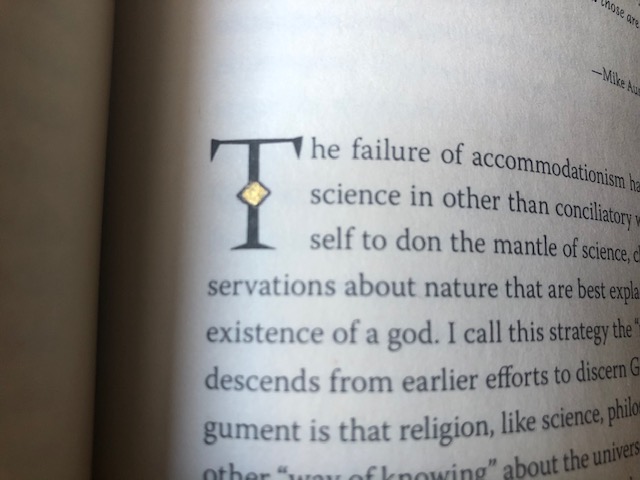 Finally, we have lagniappe from Kelly:

I’ve added something special to the book, too. It’s an anamorphic mirror portrait of James Randi. The mirror will come with the book. If you go to the page with James Randi’s signature, turn the page and set the mirror down right behind it, his image appears in the mirror. Like magic, but it’s not. 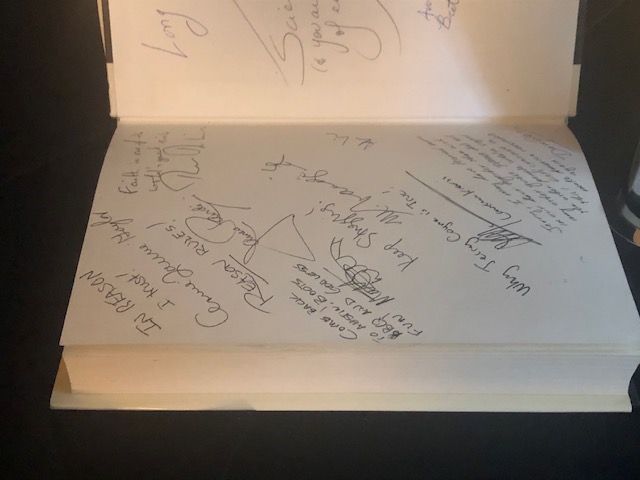 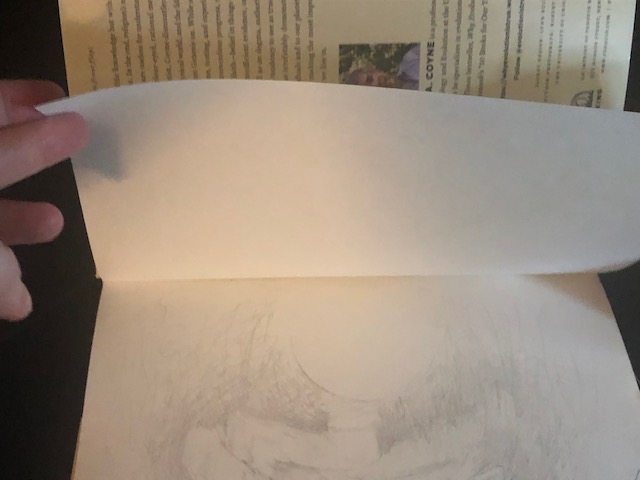 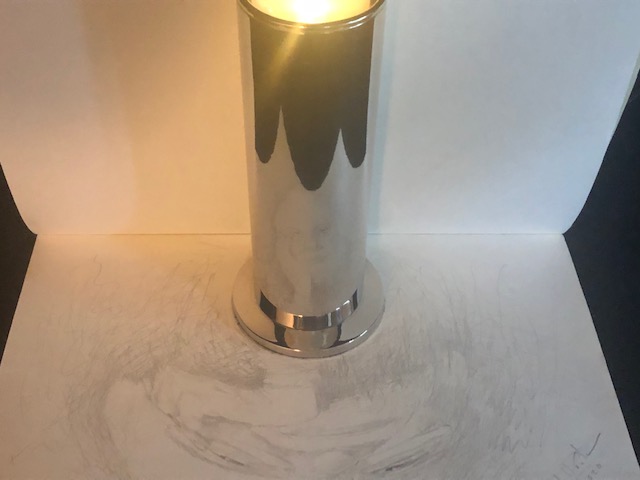 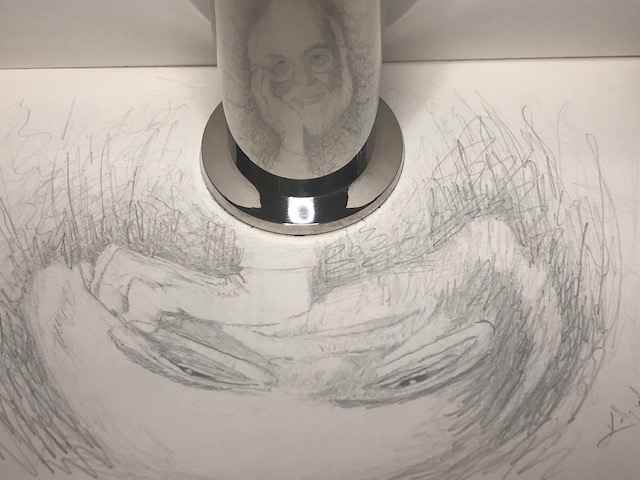 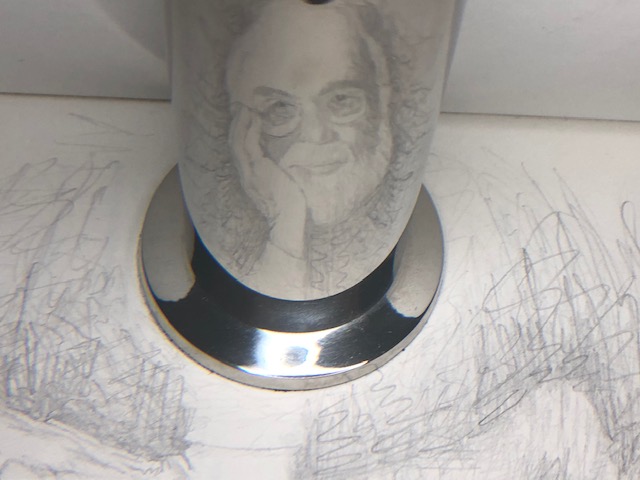 Again, if you’re interested in this item, know someone who might be, or are willing to advertise the auction on social media, feel free to do so. Again, the link is here.

Further, Kelly has some auction artwork on her own eBay shop for which 10% of the proceeds go to HKI as well.  Those donations, too, will be doubled with a kick-in by the Friends of HKI.

We selected Helen Keller International as the recipient charity because of its good work in preventing blindness and malnutrition, its big bang for the donor’s buck, its sterling reputation, and the fact that the vast majority of its donations go to helping people, not to administration or promotion. Kelly found this charity when it was recommended as one of the best charities to donate to by Peter Singer on his page “The Life You Can Save“. As that site says,

“Our charities have been rigorously evaluated to help you make the biggest impact per dollar. Find an organization you support, or simply split your donation between them all. When you support one of the recommended charities, The Life You Can Save does not charge any fee or receive any monetary benefit from that transaction.”

The low overhead of HKI:

Every penny of the auction funds will go to HKI, and the bang is doubled because of HKI’s current donation-matching protocol.

Their work is international, and in several areas of help (click on all screenshots to go to the sites): 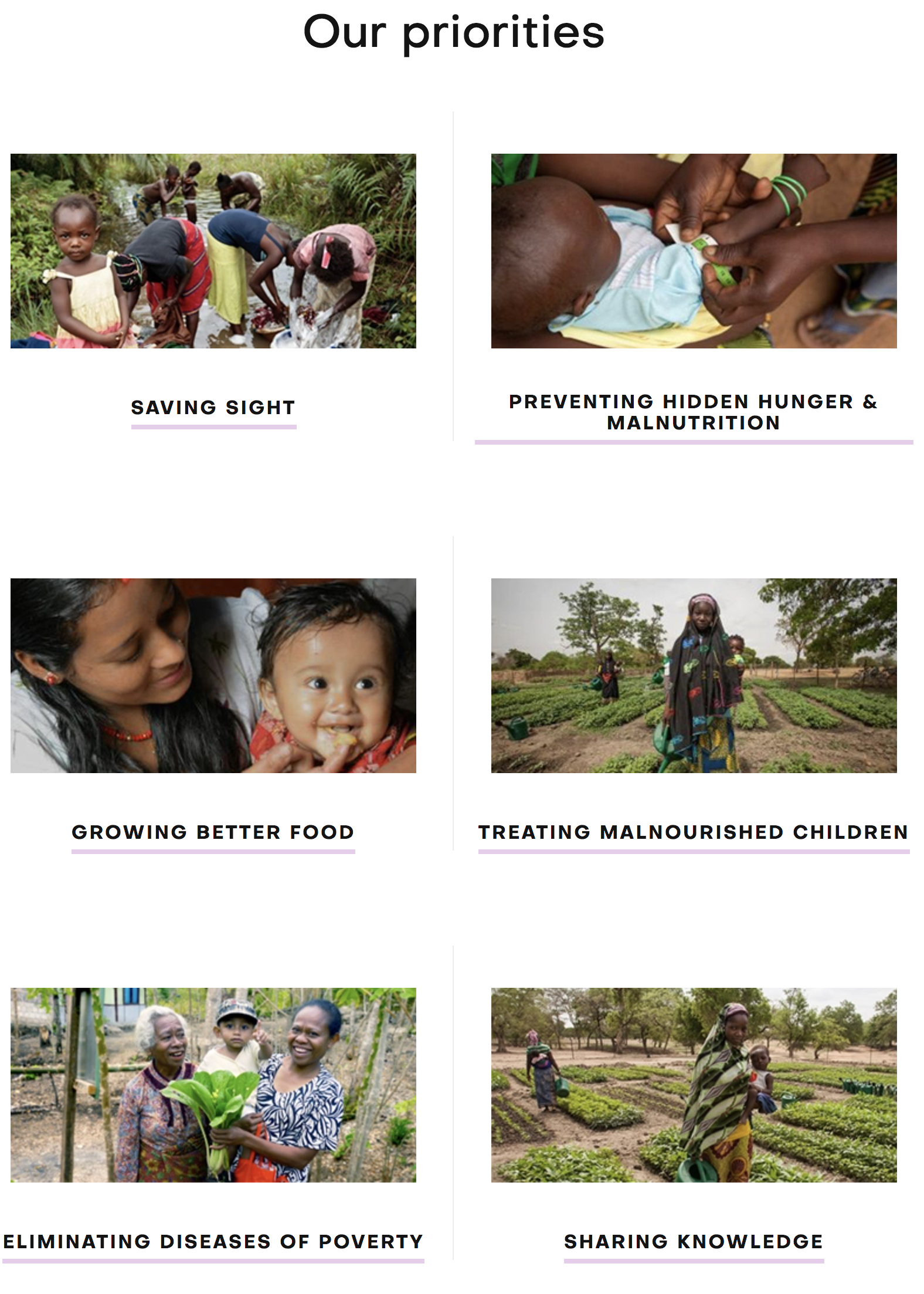 If you have big bucks, or know someone who does—and who is a humanist or secularist—you might call their attention to this auction. We hope, of course, to raise as much dosh as possible.

Thanks to the signers, and to Melissa Pugh for collecting some of the signatures at the 2016 Reason Rally.