Good morning on Saturday, November 21, 2020: National Gingerbread Cookie Day and, as Turkey Day is approaching, also National Cranberry Day, National Stuffing Day, National Gingerbread (by itself) Day, Pumpkin Pie Day. It’s also World Television Day (a UN holiday), and Alascatallo Day, honoring “a fictitious animal that is a cross between a moose and a walrus, that is said to have been bred by miners during the Alaskan Gold Rush around the turn of the twentieth century.” Sadly, I can’t find a single depiction of this animal online.

The well-known environmental activist Erin Brockovich, subject of the eponymous movie that won Julia Roberts an Oscar, goes after Joe Biden in the Guardian for appointing a DuPont industry flak, Michael McCabe, as head of the new Environmental Protection Agency transition team (h/t Jez). Click on the screenshot below; here’s a quote:

Let us not forget where these chemicals came from and who is responsible for putting them in our environment. Let us not bring the fox back into the hen house. DuPont executives should have no place in the Environmental Protection Agency.

Reader Tom reported that the weights of supermarket turkeys, thanks to selective breeding, are increasing exponentially. (It’s gotten so bad that the breasts of the males are too big to enable them to mount females, so they’re bred via artificial insemination.) Tom said, “Here’s a fun turkey graph (original from Marginal Revolution). What happened c. 1980?” They have doubled in weight since 1930, thanks to the power of artificial selection. As Darwin said in The Origin, “Breeders habitually speak of an animal’s organisation as something plastic, which they can model almost as they please.” 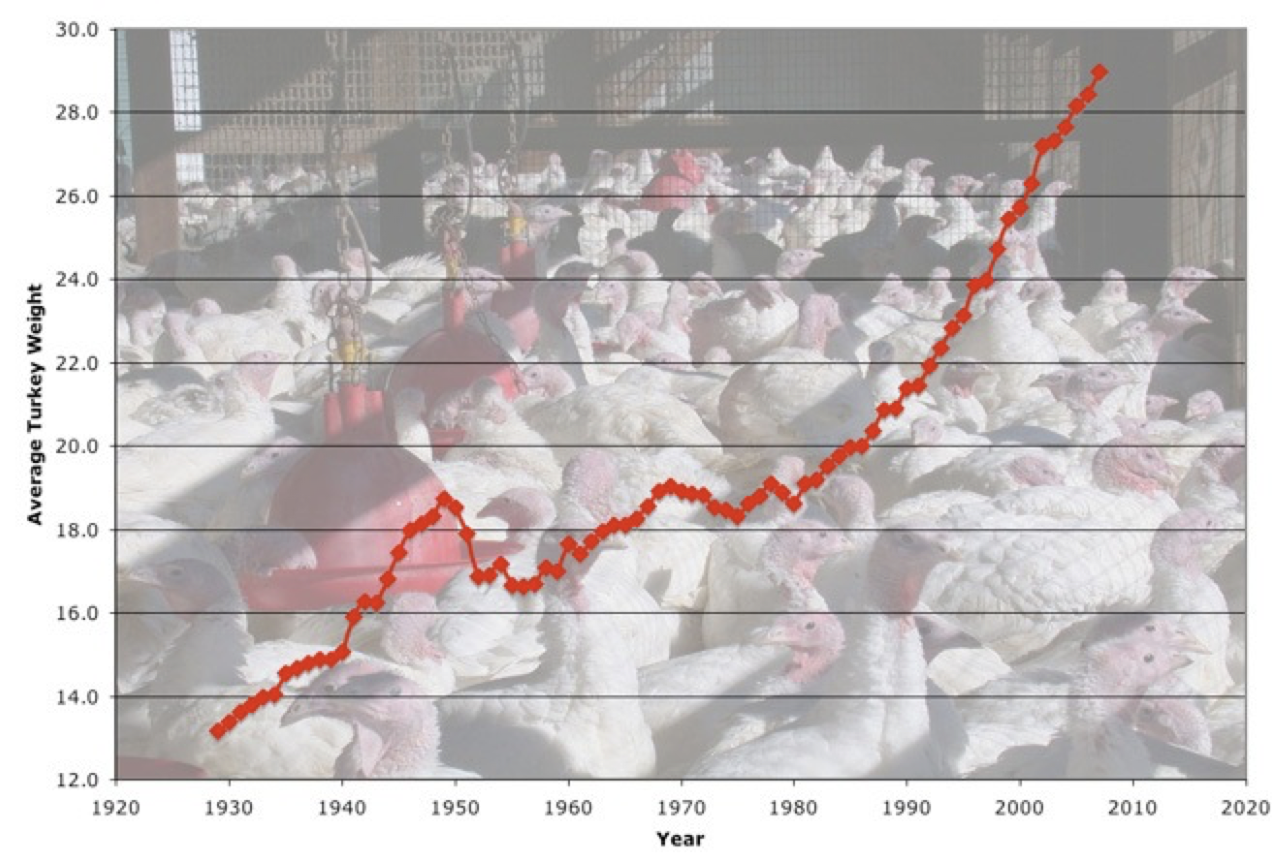 Trump has failed in his attempt to strong-arm Michigan Republican state legislators into changing their Electoral College vote to Trump, despite Biden’s win in the state. The legislators nevertheless left Washington saying that they would, as usual, certify the winner of the popular vote.

Here’s a funny Onion article on the vaccine (click on screenshot):

Stuff that happened on November 21 (a busy day!) includes:

As I wrote before about this paper, ”

The paper is here (it’s only three pages), and I couldn’t find the equation in that form, but I believe it’s on the page below in the fourth paragraph from the bottom: “Gibt ein Körper die Energie L in Form von Strahlung ab, so verkleinert sich seine Masse um L/V².”

My rough German translates this as “If a body gives off the energy L in the form of radiation, then  its mass will be reduced by L/V²”.  Rearranging, if mass is M, then the energy accompanying that loss of mass, where I use “m” to stand for mass, is L = mV².  Clearly Einstein was using “V” instead of “c” to stand for the speed of light, and, as he says, energy is “L.” If you use “E” and “c”, then E = mc². (I probably screwed up something here, but this is the best I can do at 6:00 a.m.) 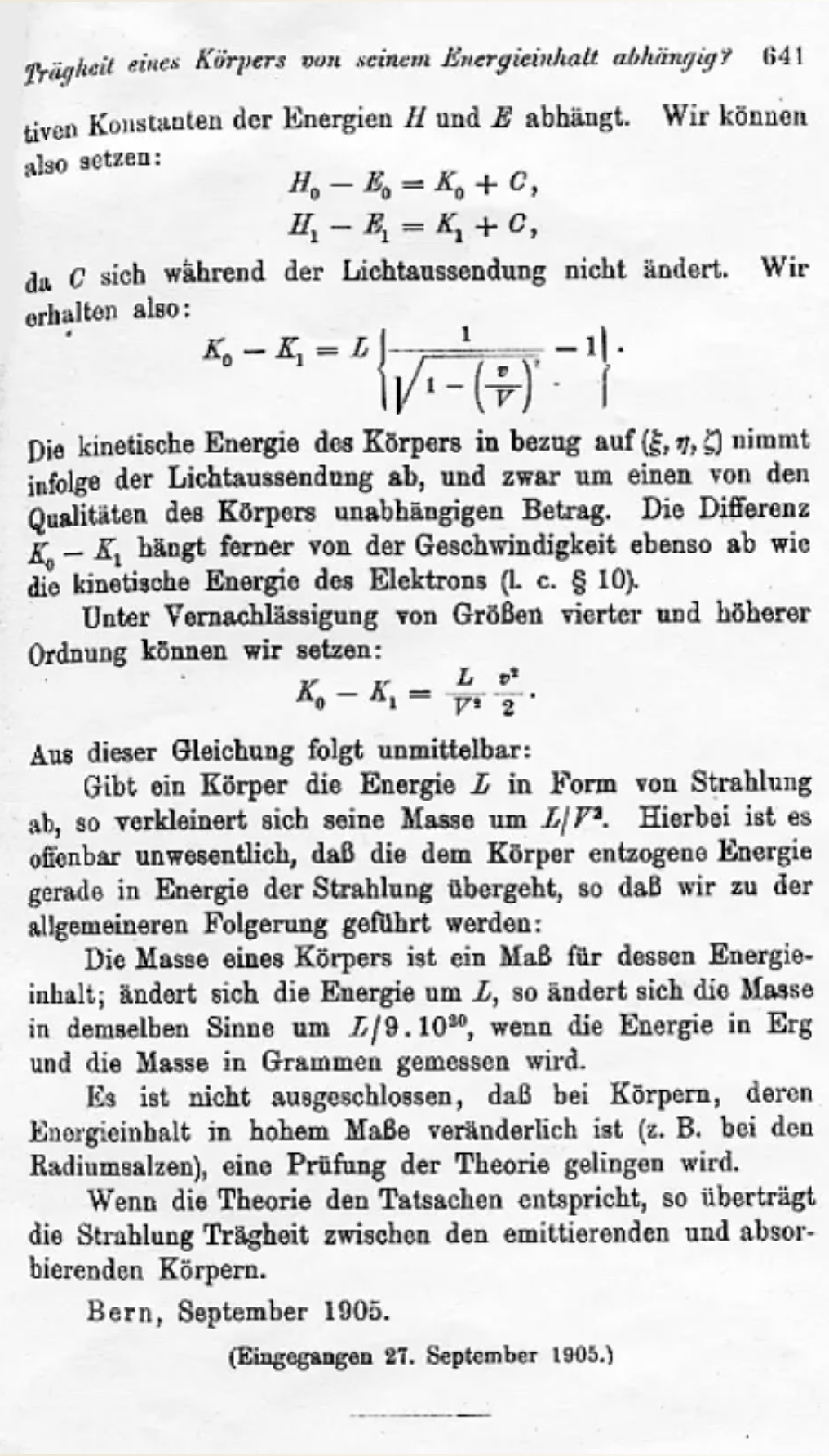 Pollard was paroled for five years in 2015, and his parole expired this year—in fact, yesterday (federal “life sentences” mandate parole after 30 years if there’s good behavior). Here he is: 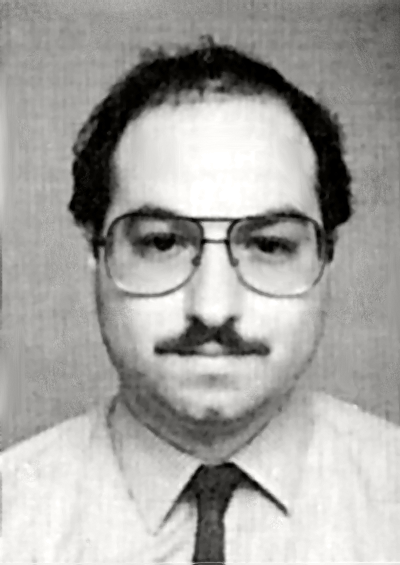 In fact, just yesterday the Washington Post wrote about his new freedom, with Pollard now planning to move to Israel (he’s on the left below): 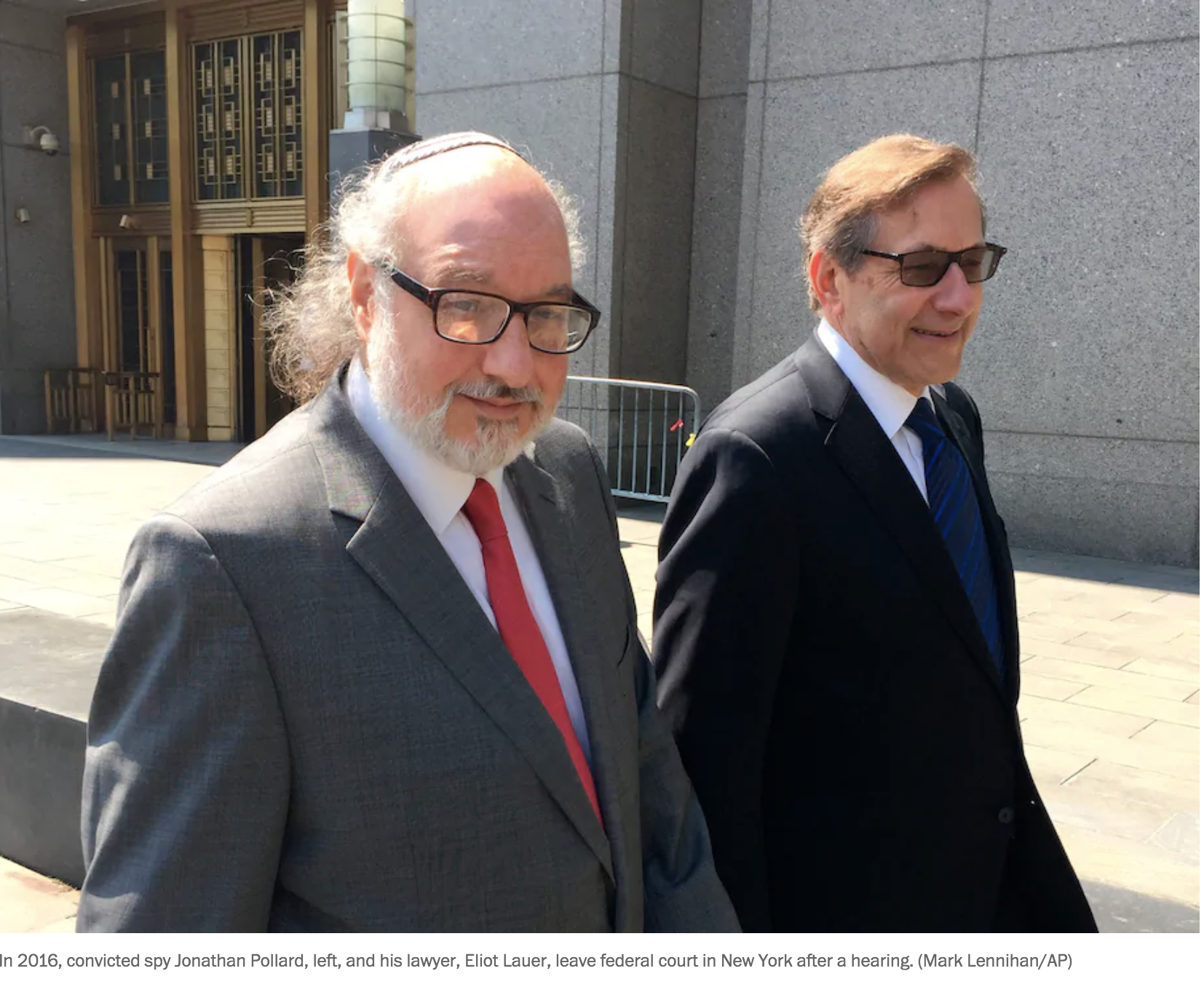 Musial, who was the star of the St. Louis Cardinals, is my favorite ballplayer of all time. He was a fantastic player and a gentleman on the field: I’m told he never once questioned an umpire’s call. My father saw him play many times; I saw him play but once, in the twilight of his career. He’s a short video about Stan the Man (or “the Donora Greyhound”)—clicking will take you to the YouTube video.

Musial batted .331 over the course of his career and set National League (NL) records for career hits (3,630), runs batted in (1,951), games played (3,026), at bats (10,972), runs scored (1,949) and doubles (725). His 475 career home runs then ranked second in NL history behind Mel Ott’s total of 511. His 6,134 total bases remained a major league record until surpassed by Hank Aaron, and his hit total still ranks fourth all-time, and is the highest by any player who spent his career with only one team. A seven-time batting champion with identical totals of 1,815 hits at home and 1,815 hits on the road, he was named the National League’s (NL) Most Valuable Player (MVP) three times and led St. Louis to three World Series championships. He also shares the major league record for the most All-Star Games played (24) with Hank Aaron and Willie Mays

Those who became quiescent on November 21 include:

Meanwhile in Dobrzyn, Hili is on Andrezj’s stomach, preventing him from getting off the couch and back to work at his desk:

Hili: There are places that are conducive to thinking.
A: I know but I have to go back to work. 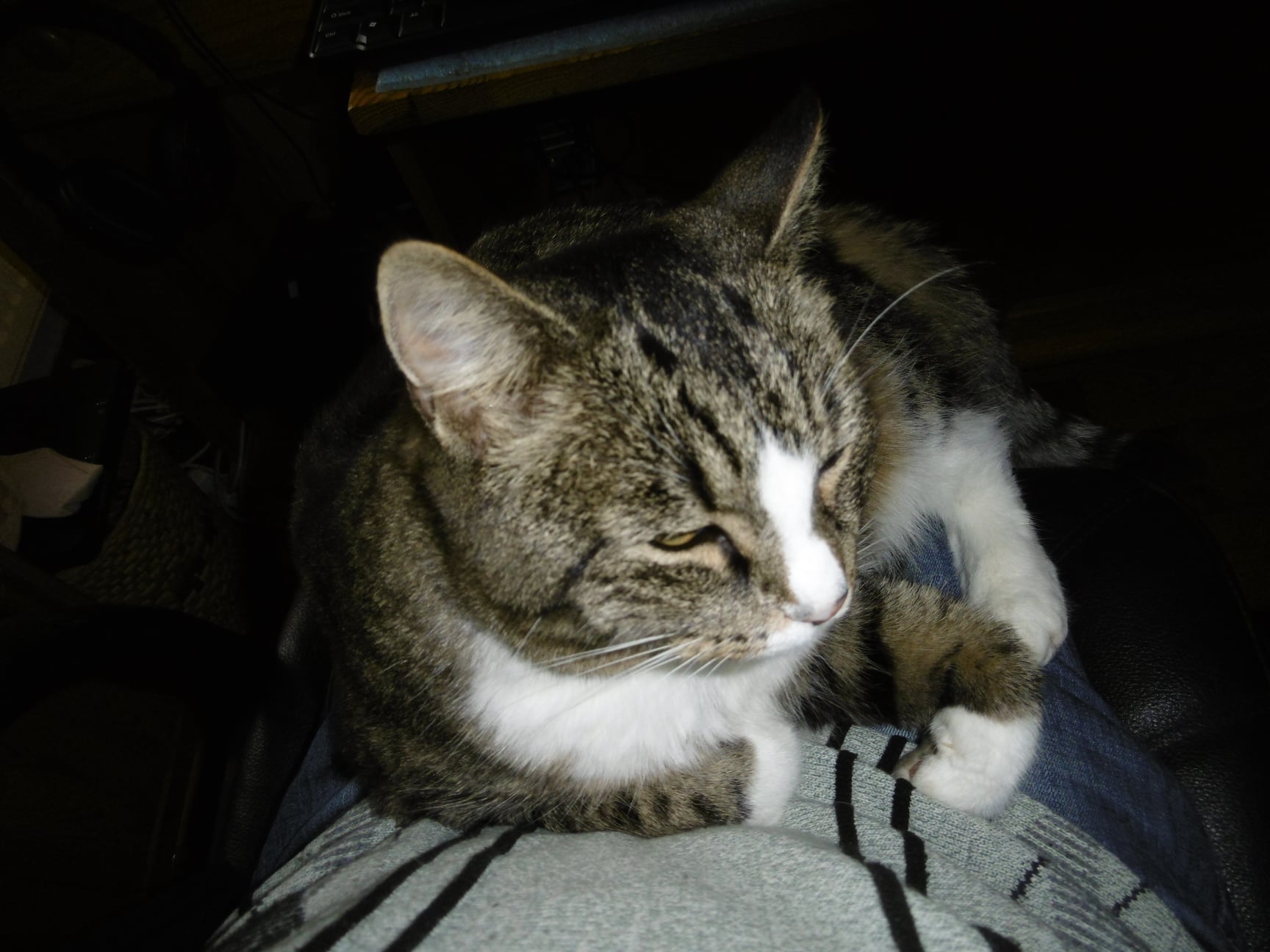 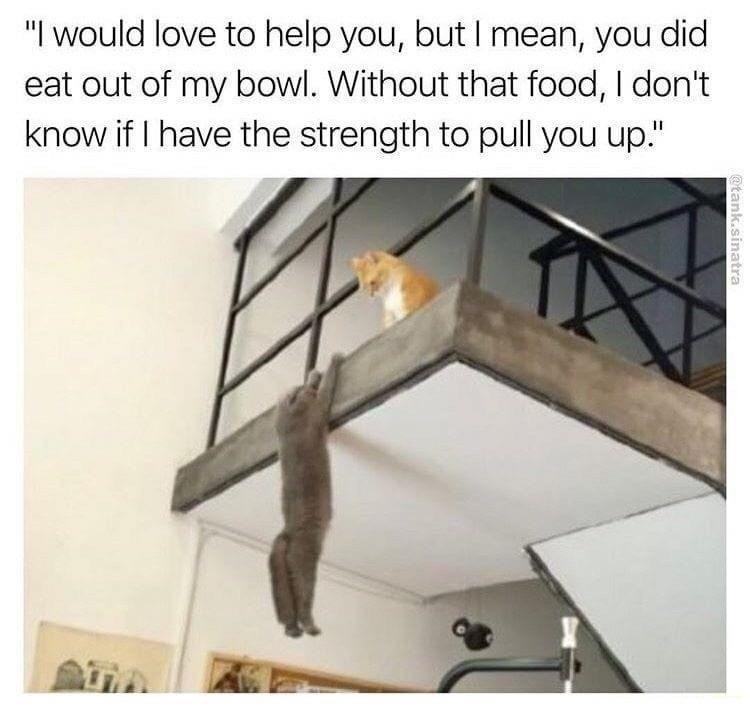 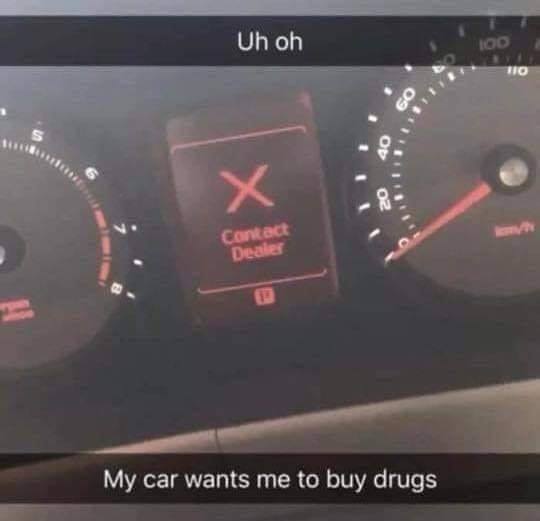 From Seth Andrews on Facebook, who apparently doesn’t see that there is no such thing as “objective morality”! 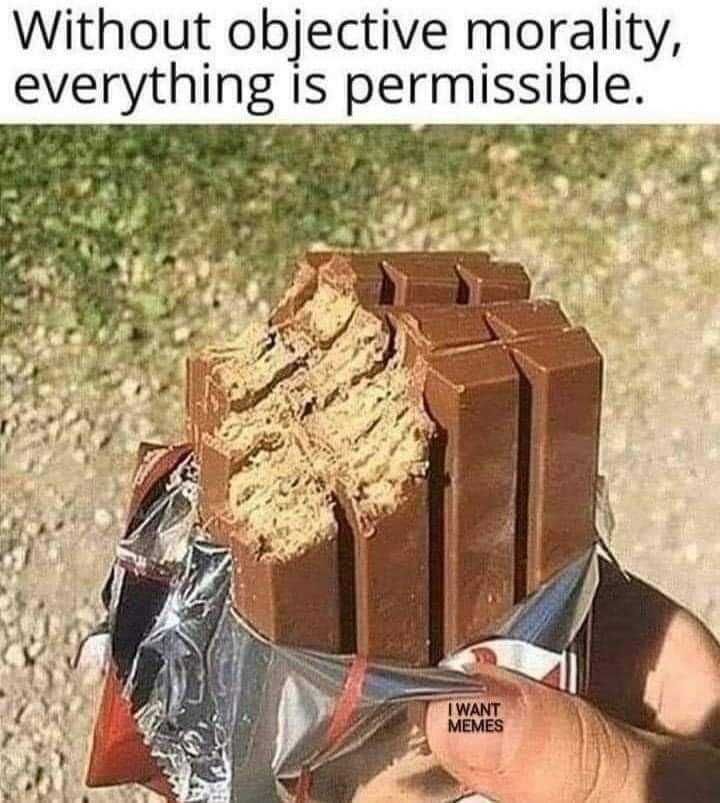 From Thomas: this Twitter thread by actor Edward Norton has gone viral; it purports to explain all of Trump’s behavior as a way to obviate his impending legal troubles. It’s going over and reading the whole thing:

I’m no political pundit but I grew up w a dad who was a federal prosecutor & he taught me a lot & I’ve also sat a fair amount of poker w serious players & l’ll say this: I do not think Trump is trying to ‘make his base happy’ or ‘laying the groundwork for his own network’…

From Barry. I’m not sure what the two cat personalities are:

The only two cat personalities that exist. pic.twitter.com/fINmK5J7kT

From Enrico. The d*gs recognize their masters:

This is the most important thing you'll see today. pic.twitter.com/7HPXn7enOr

A fantastic tweet found by Merilee. NO KID LEFT UNHUGGED! (Sound up.)

Baby goats waiting for their time to be hugged pic.twitter.com/IYESBrGG0s

Tweets from Matthew. What’s doing with all these ducklings?

🎶So goodbye yellow duck road
Where the dogs of society howlpic.twitter.com/50ezW3cGMI

Life is short, except for trees:

Another of Matthew’s beloved optical illusions.

Actually, this is a circle. pic.twitter.com/T8ZBgvNPTU