It’s Hump Day: Wednesday, September 27, 2017, and we’re nearly into October. My beloved mallard Honey hasn’t shown up for two days, and I wonder if somewhere there’s another duck-struck sucker feeding her in another pond. It’s National Chocolate Milk Day, and I have to admit that that’s the kind of milk I wanted as a kid. Does anybody remember those chocolate-filled straws you could use to suck up regular milk, turning it chocolatey?

It’s Google’s official birthday, too, but that seems to be a made-up date. There’s an animated spinner, and when you stop it, you get to play one of the old Google games, but on full screen. The Independent lists them, and tells you how to bypass the spinner and go to a game you want. Click on the screenshot to go to the game:

As I noted two days ago, on September 25 of 1066, the Brits defeated the Vikings at the Battle of Stamford Bridge. Well, two days later in the same year, William the Conquerer and his forces set sail from France on their way to conquer England. It was a rough year for the natives of Britain. On this day in 1822,  Jean-François Champollion announced that he’d at last deciphered the Rosetta Stone (do you remember the three languages in which it’s written)? On this day in the “miracle year” of 1905 for Einstein and physics, der treue Albert published his paper “Does the Inertia of a Body Depend Upon Its Energy Content?” in Annalen der Physik. That paper contained everybody’s favorite equation, E=mc².

The paper is here (it’s only three pages), and I couldn’t find the equation in that form, but I believe it’s on the page below in the fourth paragraph from the bottom: “Gibt ein Körper die Energie L in Form von Strahlung ab, so verkleinert sich seine Masse um L/V².”

My rough German translates this as “If a body gives off the energy L in the form of radiation, then  its mass will be reduced by L/V²”.  Rearranging, if mass is M, then the energy accompanying that loss of mass, where I use “m” to stand for mass, is L = mV².  Clearly Einstein was using “V” instead of “c” to stand for the speed of light, and, as he says, energy is “L.” If you use “E” and “c”, then E = mc². (I probably screwed up something here, but this is the best I can do at 6:00 a.m.) 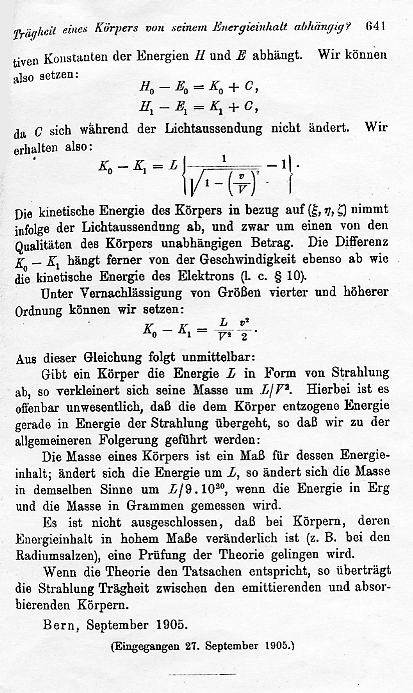 On this day in 1908, Henry Ford turned out the very first Ford Model T at the Piquette Avenue Plant in Detroit. Finally, on this day in 1962, Rachel Carson’s seminal book Silent Spring was published, launching “the environmental movement” and eventually leading to the creation of the U.S. Environmental Protection Agency.

Hili: This is excellent cream.
A: Aren’t you afraid of gaining weight?
Hili: Tasty things are not fattening. 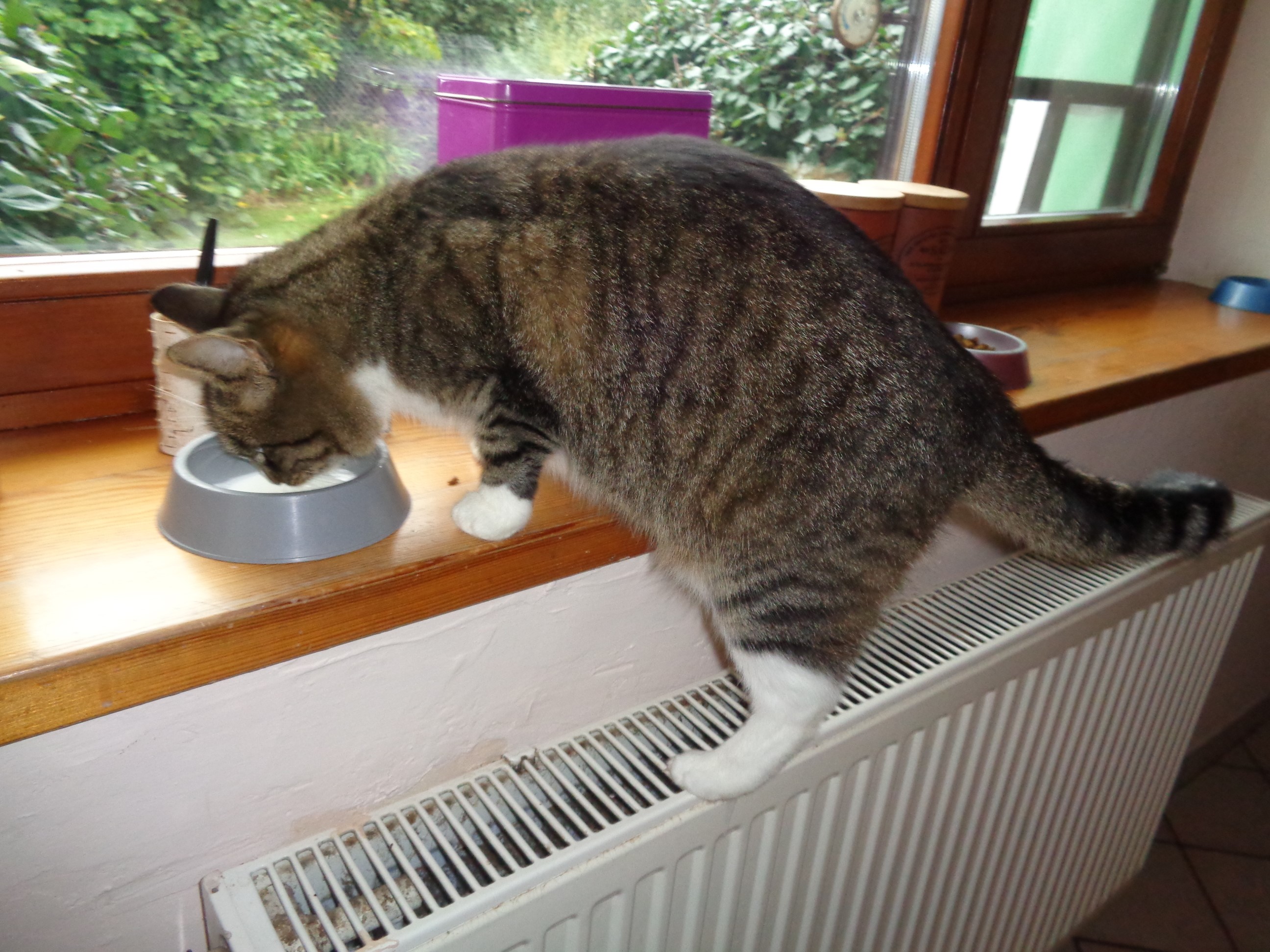 Here’s a tw**t from Matthew Cobb. Don’t know what a fossa is? Go here.

Feisty & furry, these fossa #pups know how to have fun.🐾 #FeistAndFurrious pic.twitter.com/EjCNU4pD61

I’ve stolen three tweets from Heather Hastie, but in return I’ll plug her post that has an excellent Twitter analysis of the Saudi’s lifting their ban on women driving.  First, though, look at these adorable wild sand cat kittens (Felis margarita):

And now for something completely different: Sand cats! These kittens were recently spotted in the Moroccan Sahara: https://t.co/SL2PFjOqcK pic.twitter.com/wByMeI5xp5

And a parrot dancing to the Beach Boys. I wonder if the music was put in later: