BE SURE TO SET YOUR CLOCKS BACK TONIGHT, AS AT 2 A.M. AMERICA GOES OFF DAYLIGHT SAVINGS TIME. YOU GET AN EXTRA HOUR OF SLEEP!

It’s the weekend: Saturday, October 31, 2020, and it’s Halloween! It’ll be a distanced one this year, and I fear that kids won’t get their usual allotment of candy. One of my friends with two kids is having a “candy” hunt, in which she hides candy around her house, but that’s not nearly as much fun.

Only three days remain until they filet me like a flounder. And remember: tomorrow evening you set your clocks back, and will get an extra hour of sleep on Sunday night. 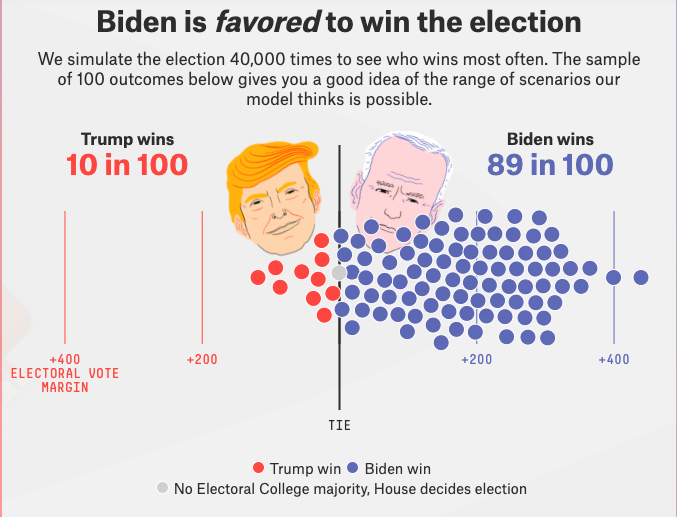 Actor Lori Loughlin reported to a low-security federal prison in California Friday, where she will serve a two-month sentence for her role in the college admissions scandal.

Loughlin and her husband admitted to paying $500,000 in bribes to get their daughters into college. pic.twitter.com/fPIkxzhUXk

She got off easy.

There’s a new biography of Sylvia Plath (click on screenshot below) that got a terrific review in the New York Times. (It also got starred reviews from Publisher’s Weekly and Kirkus.) As the author notes, “I hope to free Plath from the cultural baggage of the past 50 years and reposition her as one of the most important American writers of the 20th century.” Click to go to the Amazon link: 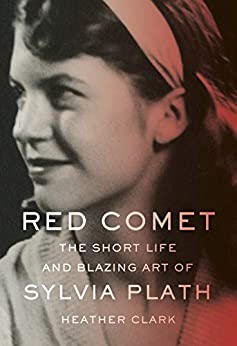 New Zealand is a progressive and enlightened country, and just showed it by passing a binding referendum legalizing euthanasia. The vote was lopsided, with 65% in favor of the measure. Curiously, though, the Kiwis weren’t as enlightened about legalizing marijuana, with 53% of voters opposing the measure and only 46% in favor. Would a Kiwi care to explain this?

Stuff that happened on October 31 includes:

I’ve noted a few times that the imperious, head-up posture of Trump resembles that of Mussolini: 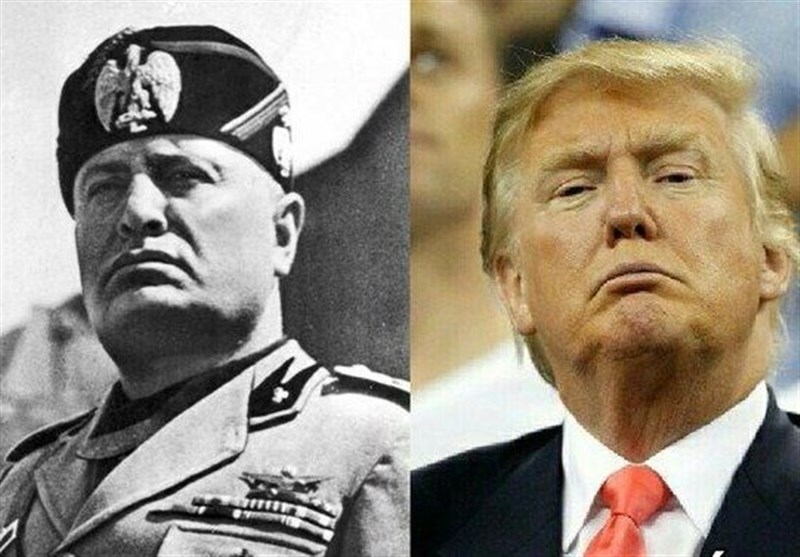 I tweeted this anniversary:

Today marks the 80th anniversary of the end of the Battle of Britain, at least according to historians (July 10-Oct. 31, 1940). "Never was so much owed by so many to so few." pic.twitter.com/ucdc6Ta7YH

All four figures on the monument have been canceled: 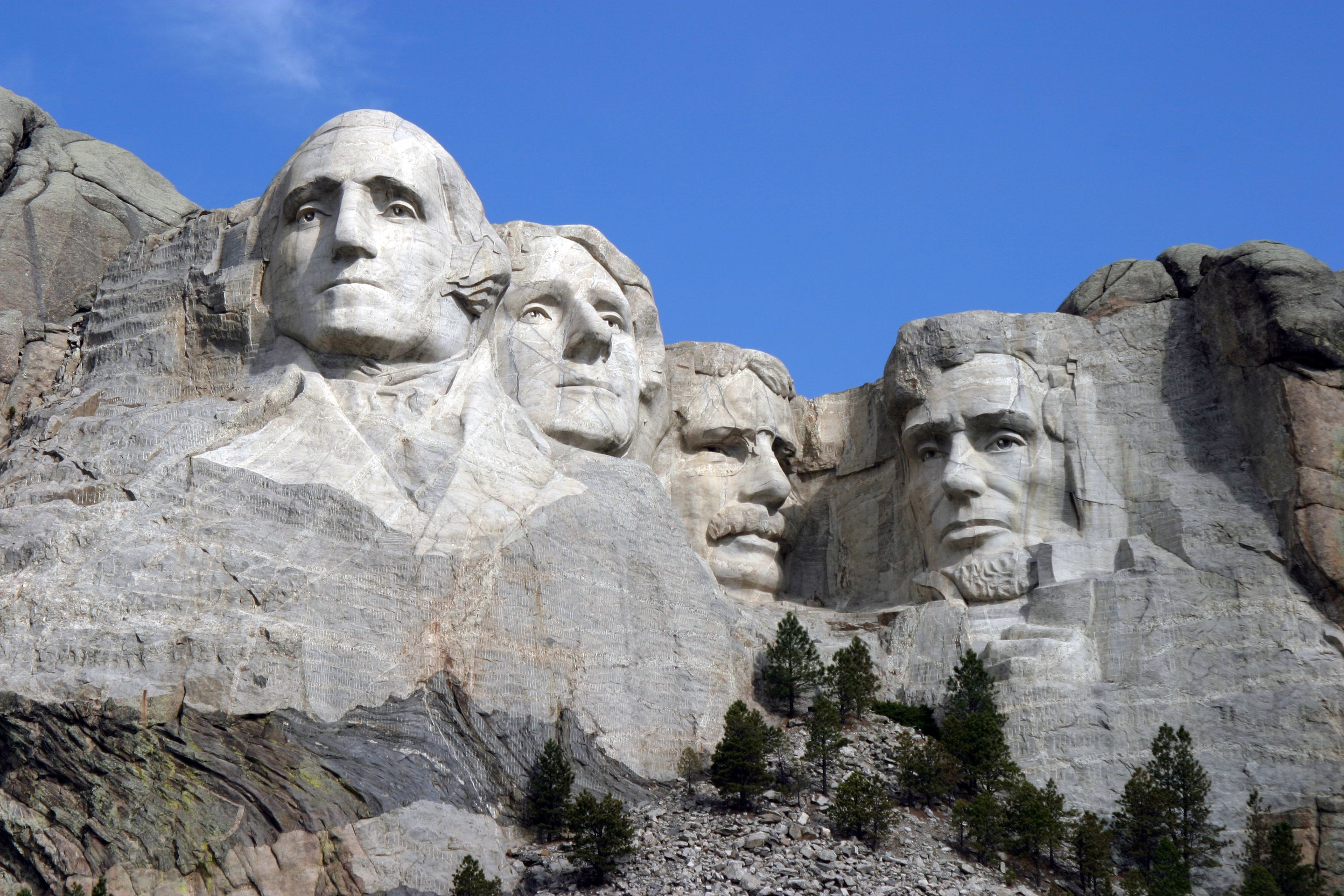 Stalin is visible no more, but was buried by the Kremlin wall. Sadly, I never saw him, and didn’t see Lenin, but I did see the embalmed Mao (if it’s real) when I visited Beijing. Here’s what Stalin used to look like: 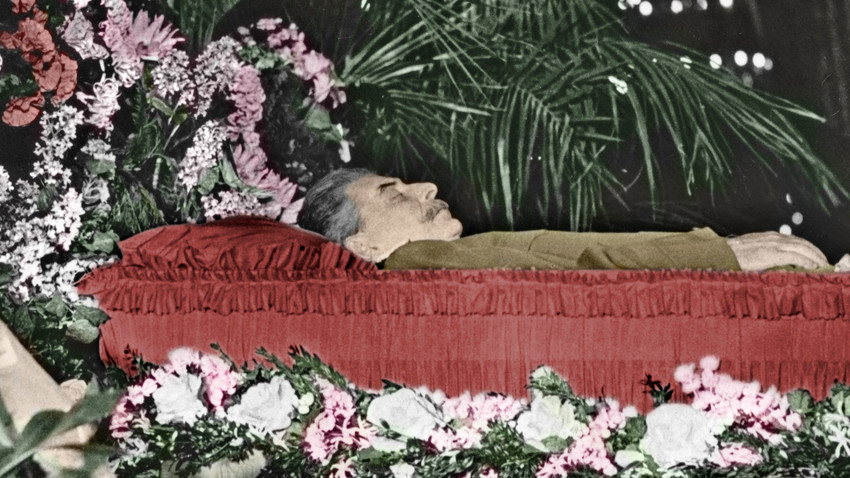 He was one of the greatest painters of all time, but more on that later today. Here’s a lovely Vermeer avec chat (I know someone is going to tell me it’s manipulated): 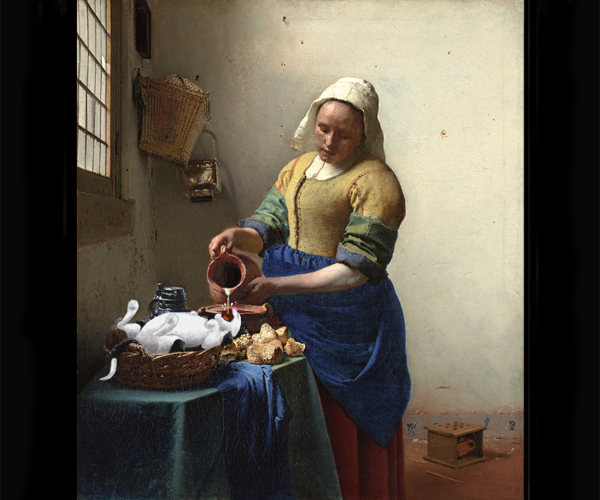 Those who croaked on October 31 include:

Schiele also has a claim to be one of the greatest painters of all time, though he died of the “Spanish flu” at 28.  I was blown away when I saw his paintings in the pigment in Vienna. Here’s a lovely self portrait

Here’s Houdini’s grave in Queens. His wife’s Catholic family wouldn’t let her be buried next to Harry, as he lies in a Jewish cemetery (his birth name was Erik Weisz). Here’s his grave marker:

Here’s Houseman in the role that Boomers know best: as Professor Kingsfield in the movie “The Paper Chase”:

Meanwhile in Dobrzyn, Hili is greedy for knowledge:

Hili: I wonder when this pandemic will end.
A: We would all like to know.
Hili: Yes, but I like to know everything first. 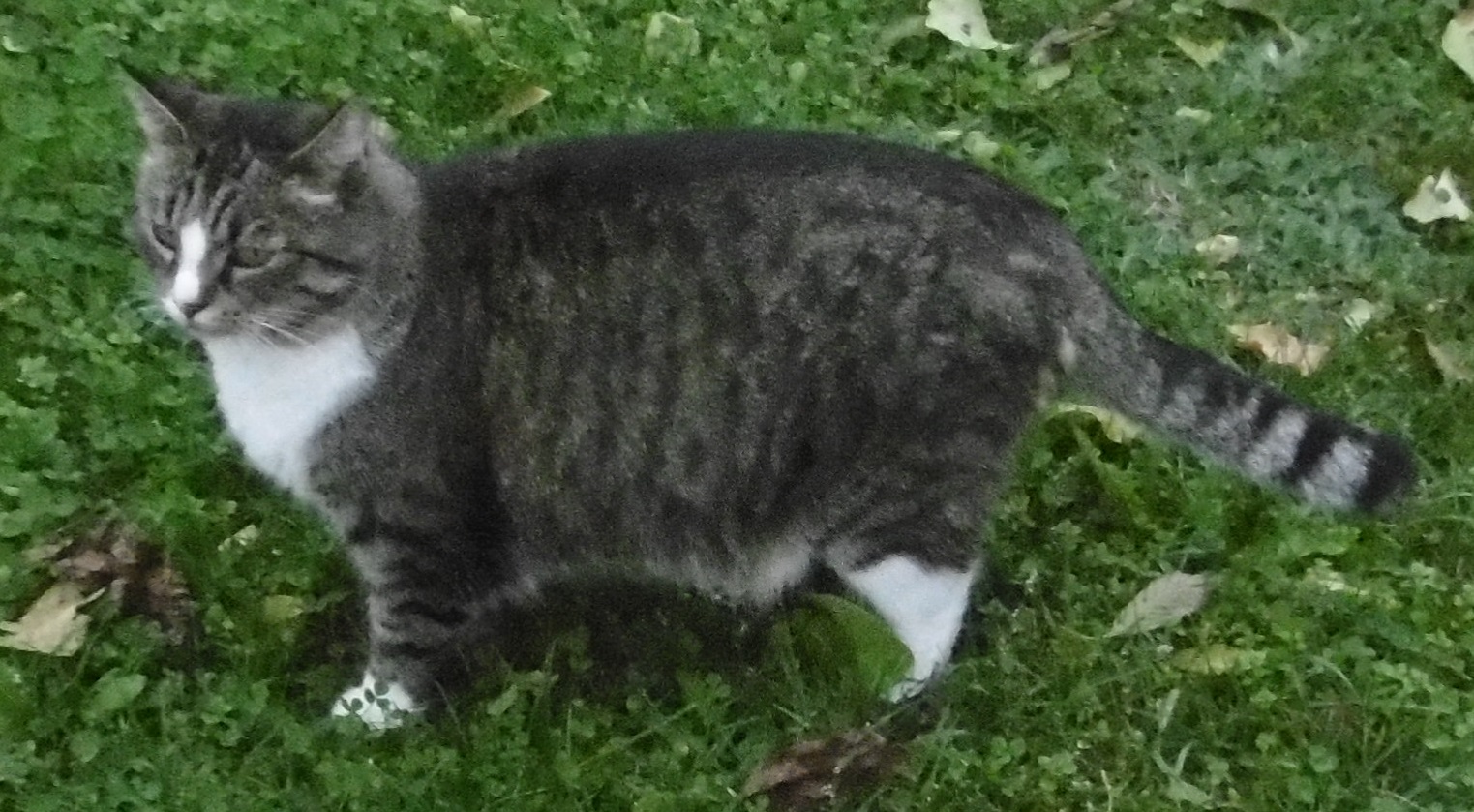 And here’s little Kulka, who no longer counts as a kitten: 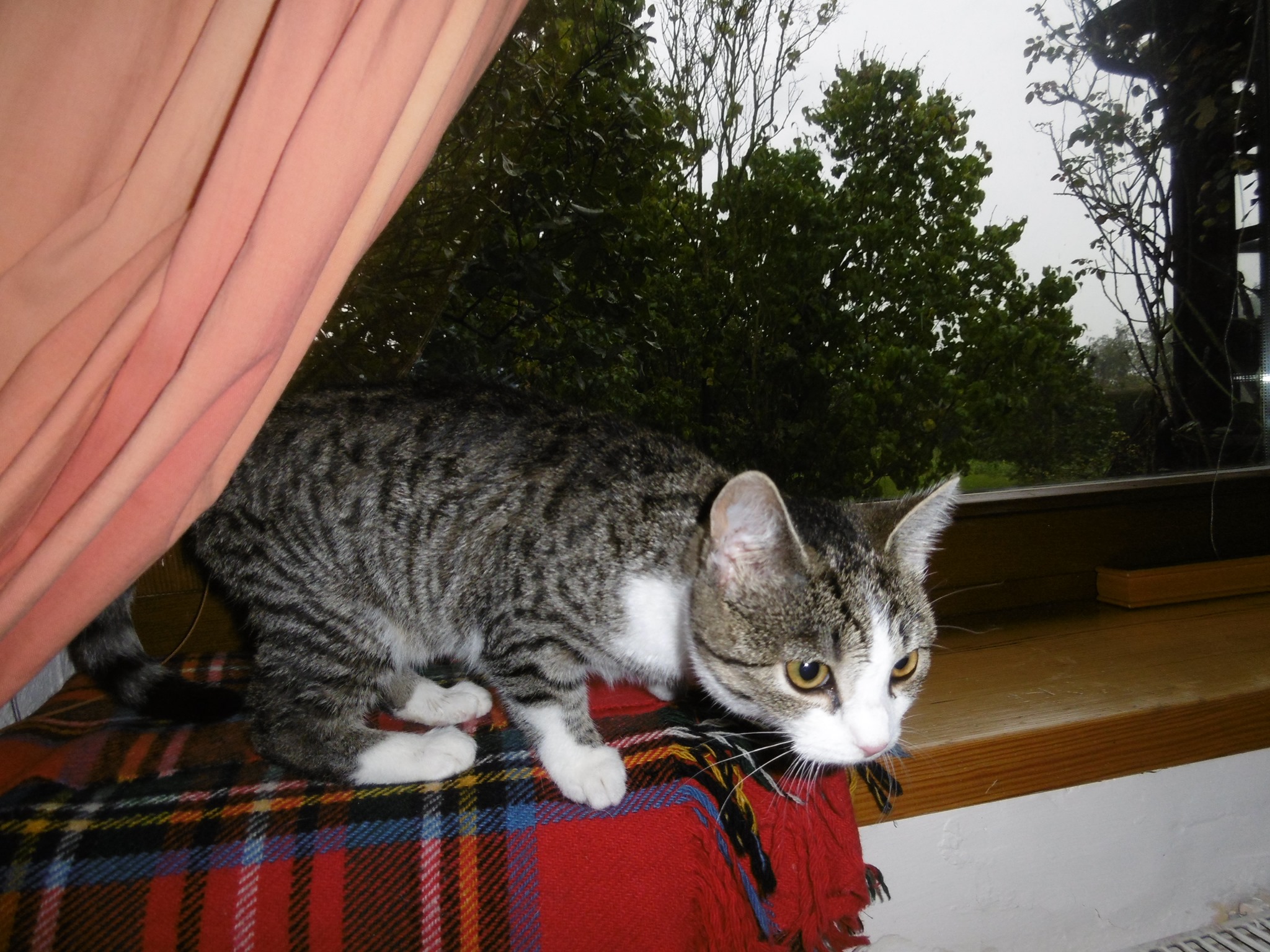 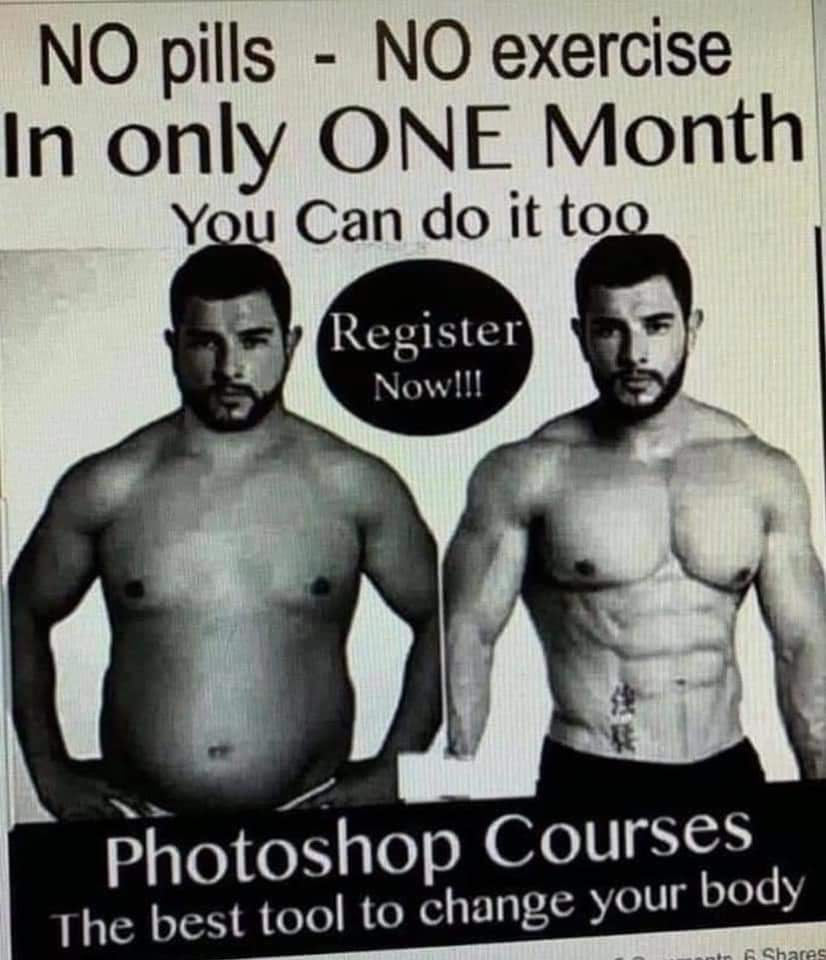 Two Halloween memes from Jesus of the Day: 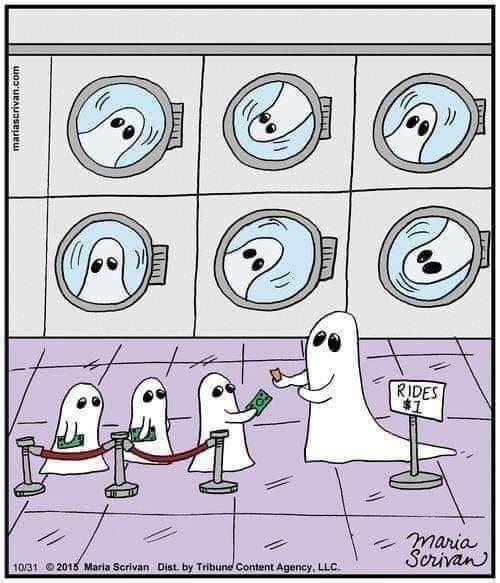 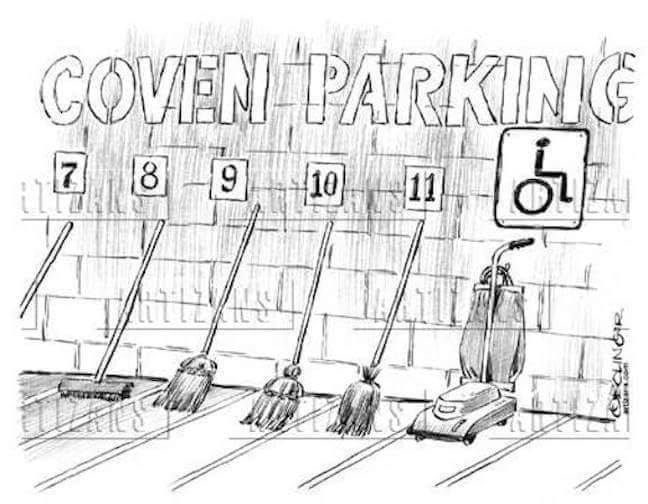 From Titania. I’ve already seen this kind of tut-tutting about the divisiveness of the French government as if to excuse religiously motivated murder:

As @UK_CAGE rightly points out – until we put an end to free speech, Easter worshippers will continue to be subjected to mostly peaceful massacres by austere religious scholars. https://t.co/9gLtCbTU2Q

Tweets from Matthew. First, a d*g that knows how to treat a cat right:

Dog does the sweetest thing for his cat brother when he gets tired from their hike 💕 pic.twitter.com/D9NqWm1T3C

Humans couldn’t do this, ergo tapirs are denser than we are:

Remarkably, tapirs run under the water on the bottom, a bit like hippos do. Seen here in the Prata River, Brazil. pic.twitter.com/AviKXSKngZ

A poor Moggy of Size. The drawer should have been opened a bit more:

Was this operation elegant? No.
But was it successful? Also no. pic.twitter.com/YubK11yVbO

See the track of one of the Godwits that we put a satellite tracker on last year, it has finished its trip around the world for this year, now time to rest up, until it does it all again in March next year pic.twitter.com/utzHAb7Zd4

I’d suggest that you watch the short video about this remarkable convergent evolution:

For some reason, animals keep evolving into things that look like crabs, independently, over and over again. What is it about the crab’s form that makes it so evolutionarily successful that non-crabs are apparently jealous of it? https://t.co/6yMVv3XlUX pic.twitter.com/h0bn3GlZ2y

He was 40 when the French revolution happened. https://t.co/k3w3igUt22

Another tweet from Matthew. It has not only a poem, but video of lovely flight formations. The species is the pink-footed goose, Anser brachyrhynchus.

“Unendowed with wealth or pity,
Little birds with scarlet legs,
Sitting on their speckled eggs,
Eye each flu-infected city.