Yes, it’s Caturday again, and we have the usual three items plus lagniappe (if you’ve been good).

First up is Twitter’s new “unflattering cat photo” contest, and there are some doozies here. I’ll put up just a few. (The contest was sponsored by Popsugar.)

Hands down the MOST unflattering at pic ever #unflatteringcatphotochallenge pic.twitter.com/nWU5cLoMCv

Contest over, give me the trophy 🏆(Miep and Wendell) #unflatteringcatphotochallenge  pic.twitter.com/tJDccmY5ru

#unflatteringcatphotochallenge This is Simon. Simon is an idiot and I love him deeply. pic.twitter.com/AUW8Z9Qobj

From Facebook, loads of cats in paintings. Just keep clicking on the arrow. Again, I’ll show a few: 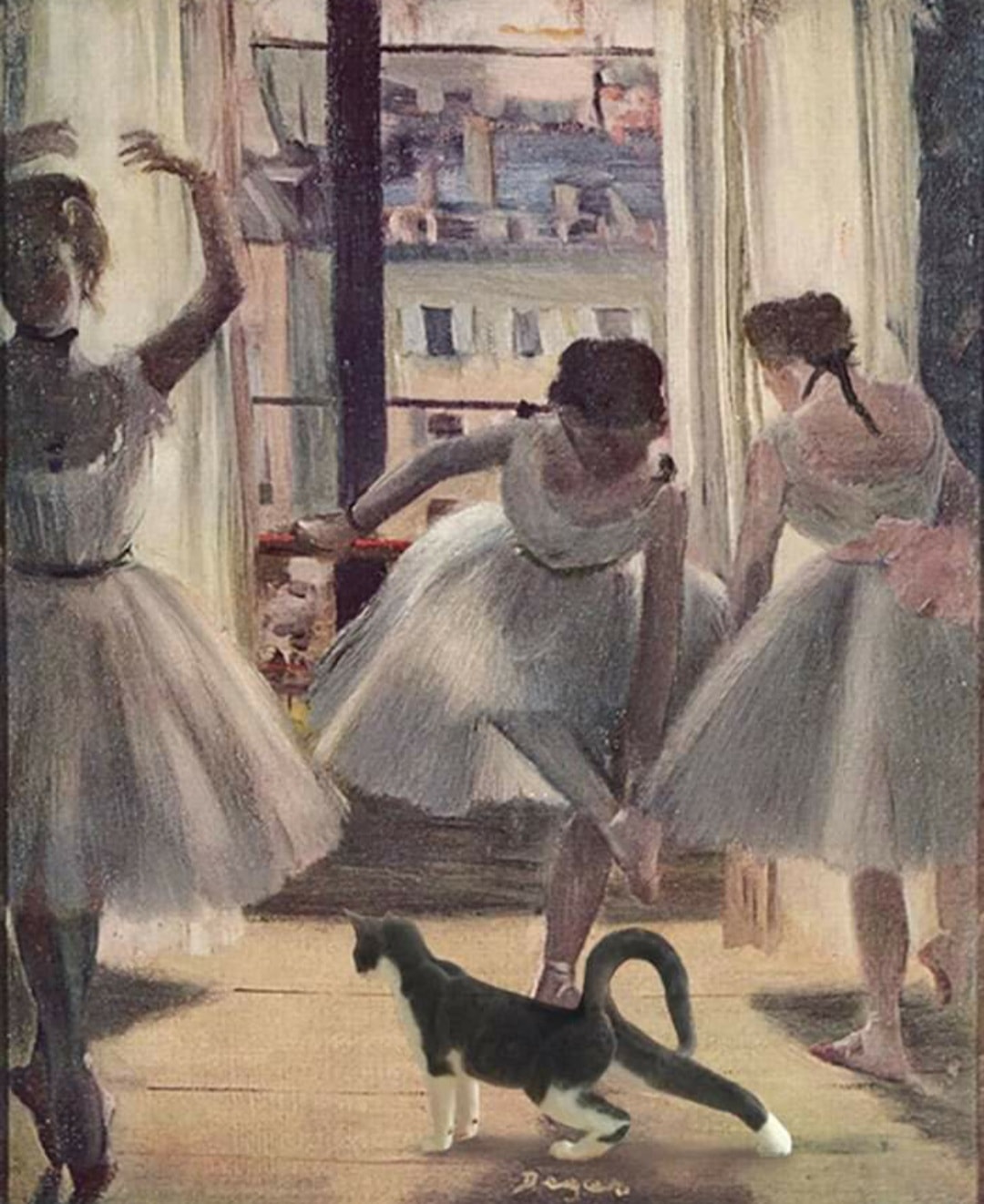 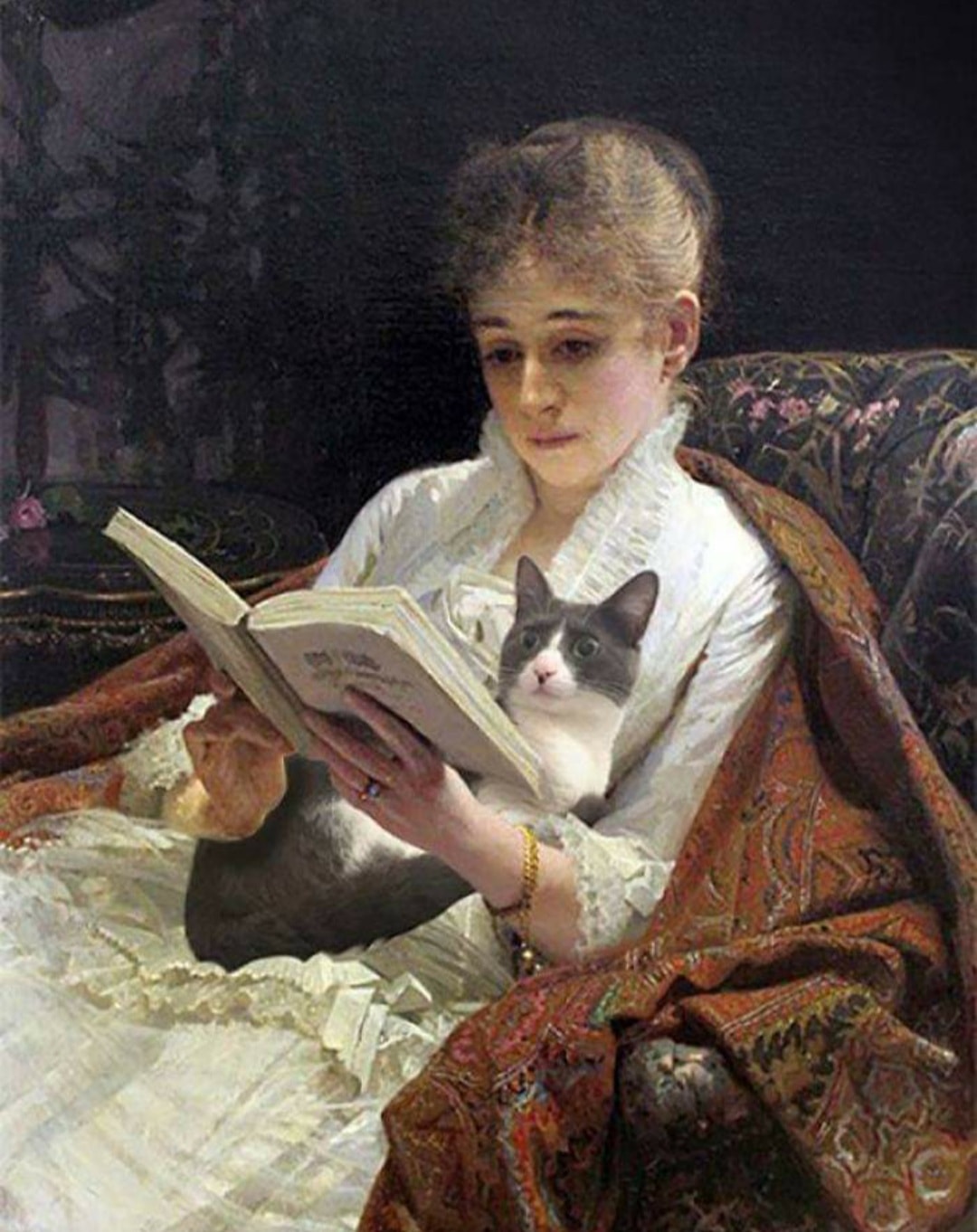 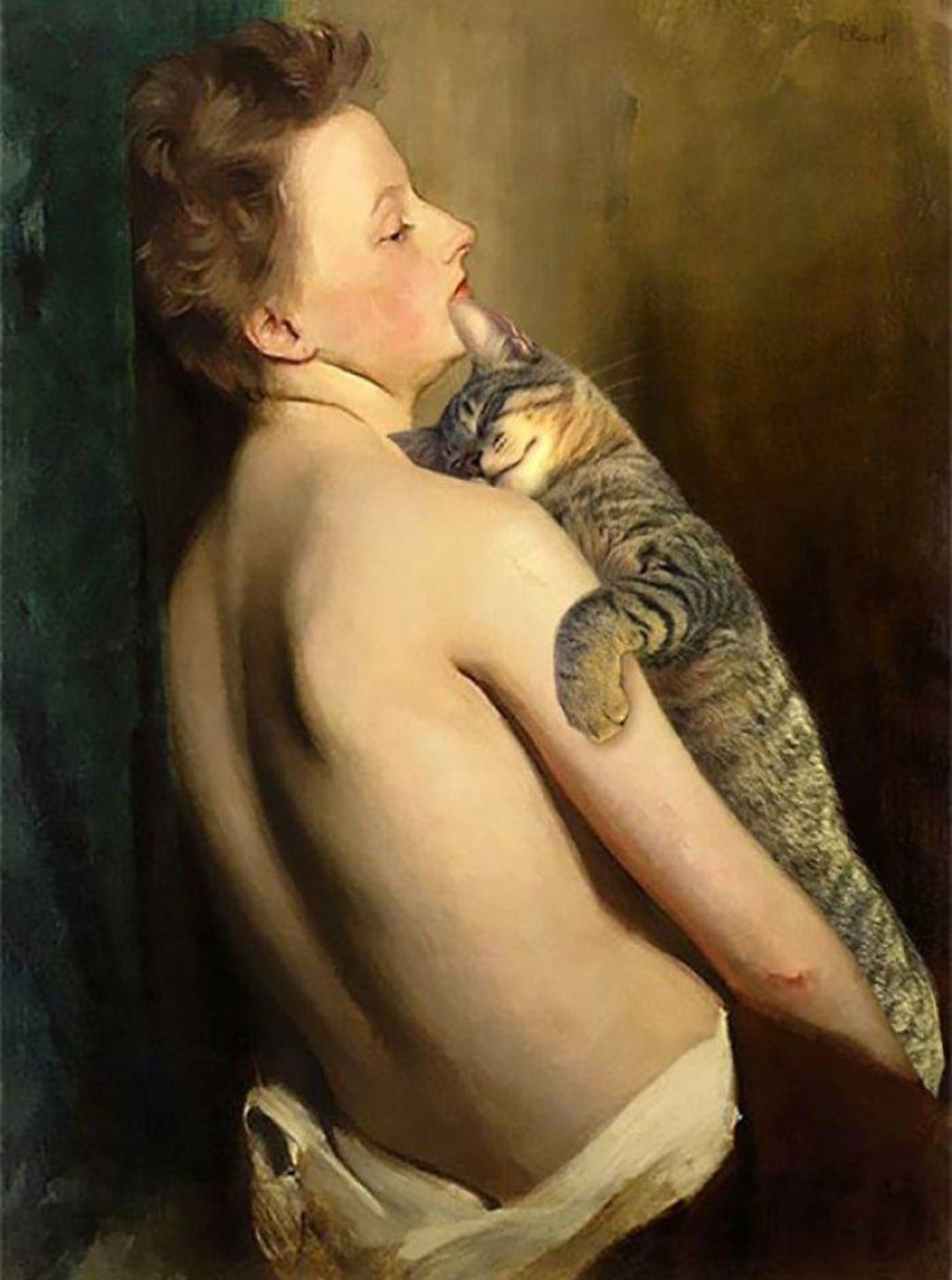 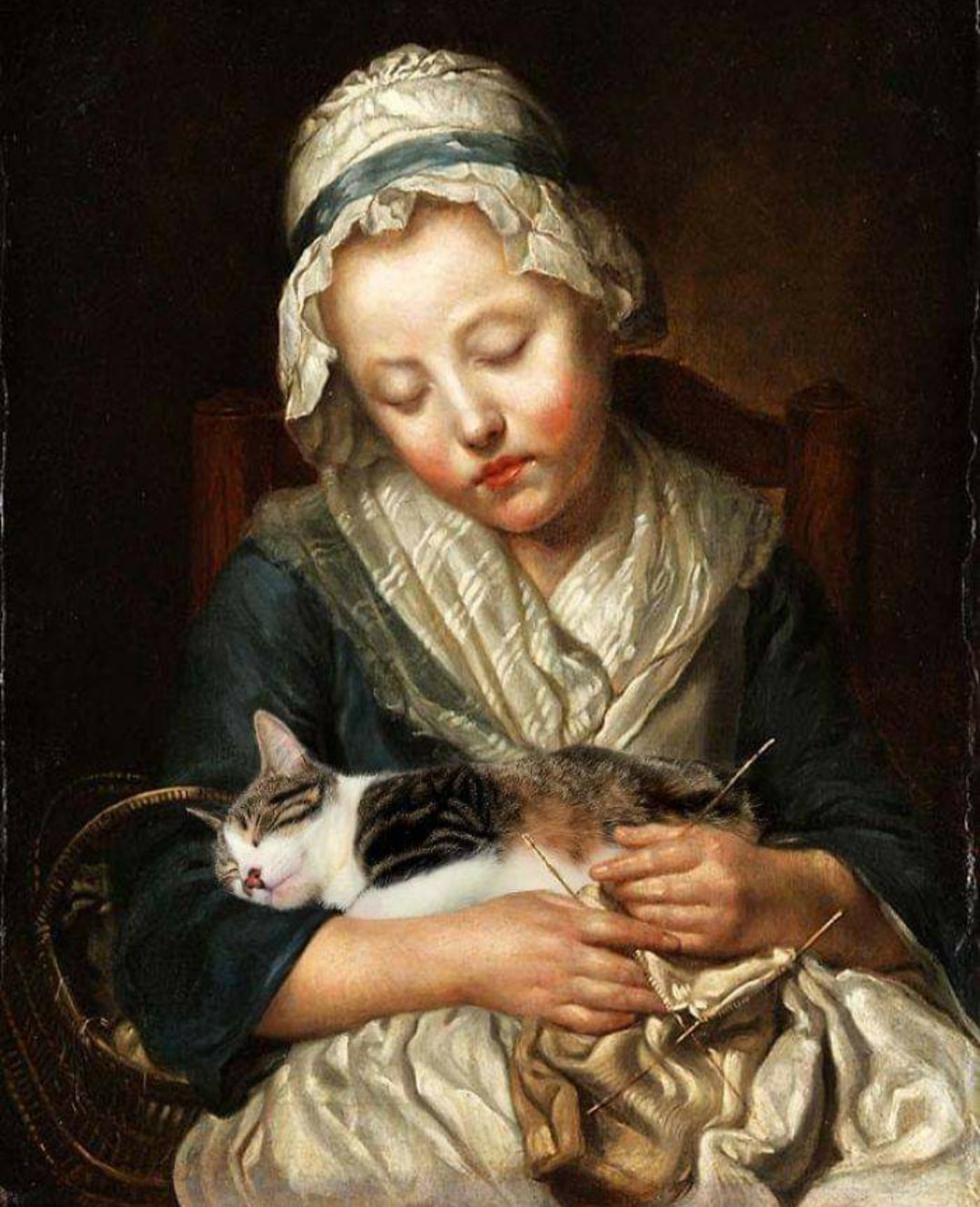 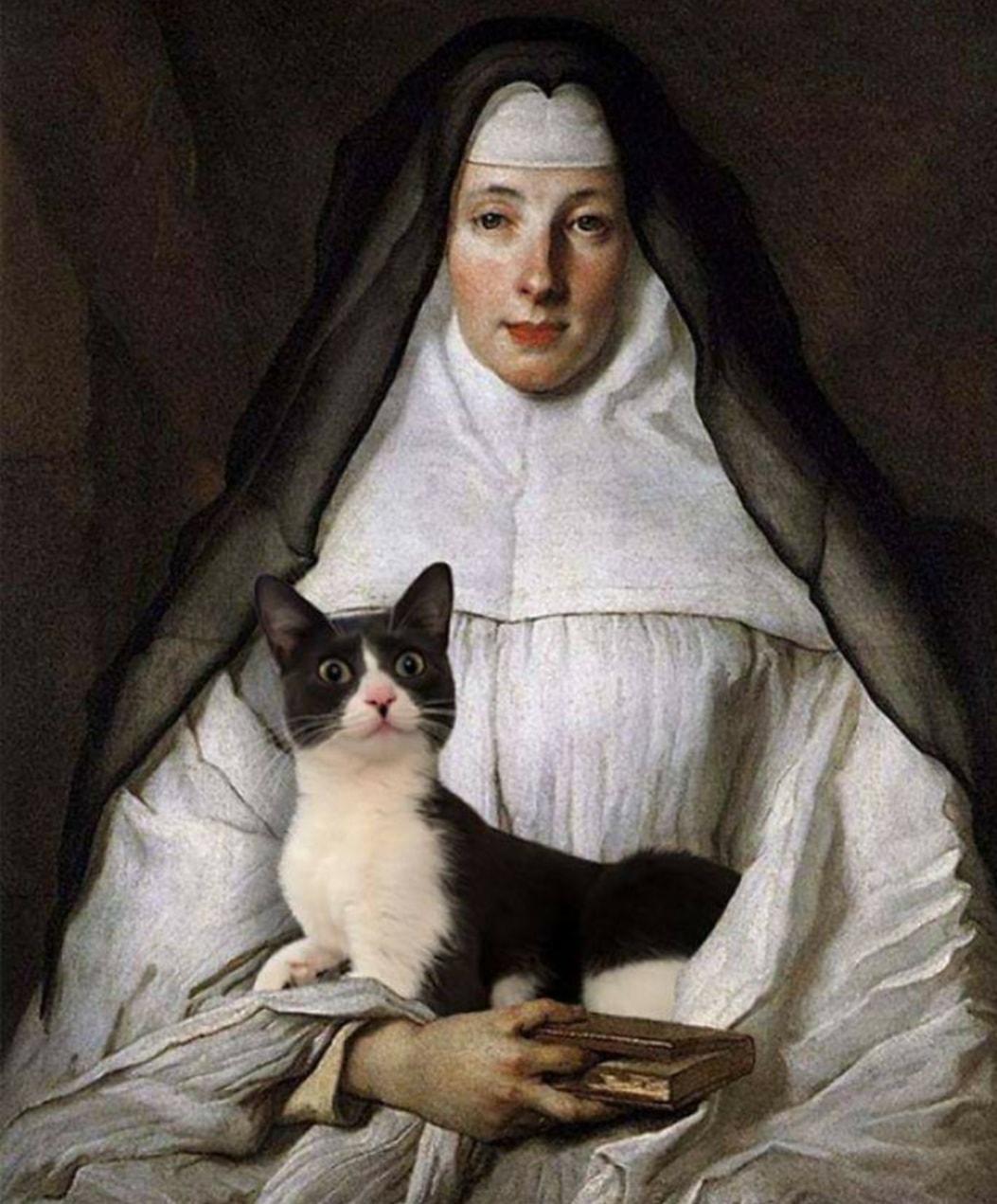 And this piece from the Guardian is a corker. Photographer Gerrard Gethings found cats that looked like humans, and the match is remarkable.

The humans are not the animals’ real owners, but models selected through a casting process. The cat portraits came first, then Gethings sought out lookalikes, either based on the cat’s markings, a pose they unexpectedly made (one cat with its paws in the air recalled a raver; another in a pugilistic pose reminded him of a friend who’s a boxer), or, in the case of some cats, with a celebrity they brought to mind. For the cat with the white walrus moustache, Gethings’ ideal match was The Thing actor Wilford Brimley. He posted a callout on Instagram, and “someone in Edinburgh got in touch to say that her dad was his double. He was such a great lookalike that I hopped on a train and shot him at his home. They’re one of my favourite pairs.”

For the cat who looks like a Hells Angel , “I posted a picture of Hagrid on Instagram, and said, ‘Does anyone know anyone who looks like this?’ And this guy came back and said, ‘I look exactly like that.’ And he did. In fact, I think he’s a Hagrid impersonator – that’s his job.” 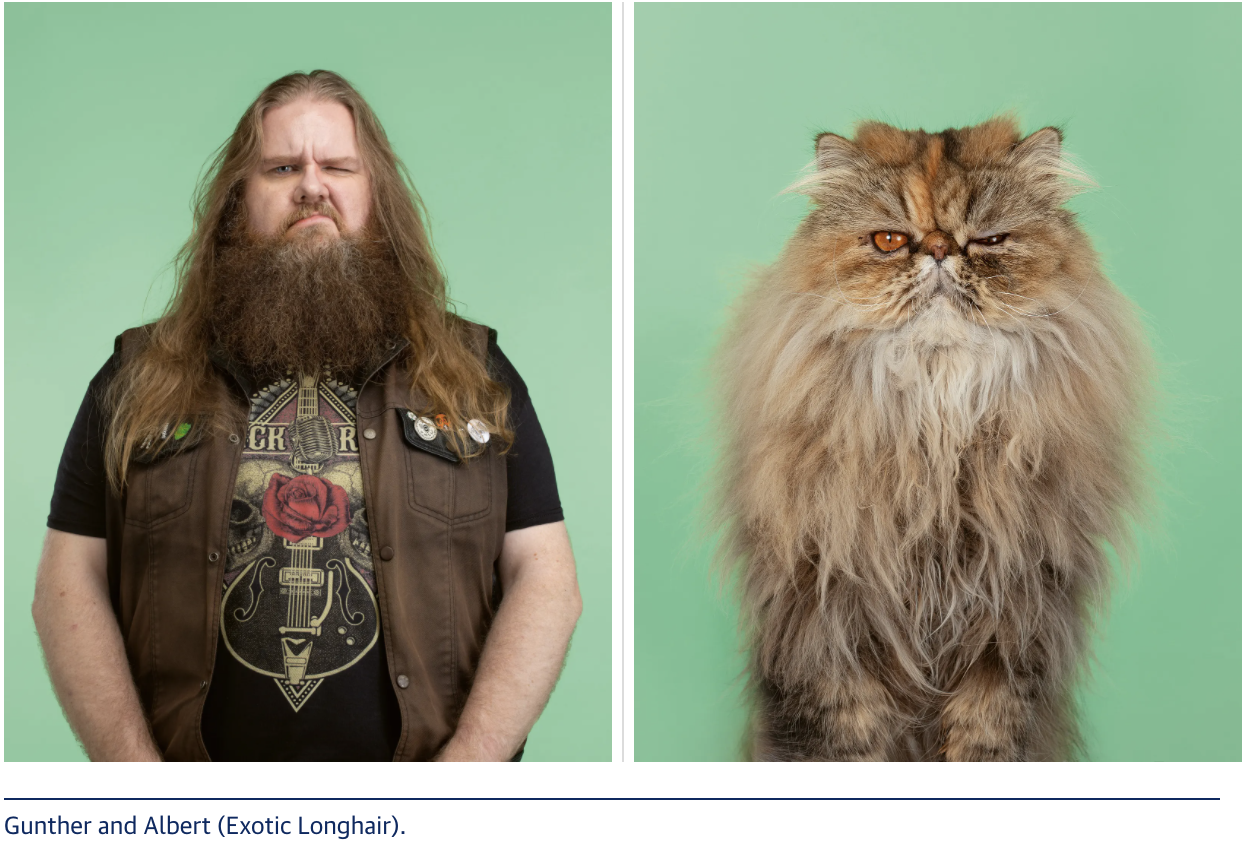 The imperious-looking cat paired with the sophisticated woman in a grey fur stole was one of the trickiest to photograph. “The cat looks really calm, but it spent the first hour hiding under the furniture, and this was probably the only perfect shot we achieved. It was motionless for a fraction of a second. It required every trick in the book: laser pointers, clockwork mice, spiders, doorbells, duck calls, birds on strings – even my son’s whoopee cushion.” 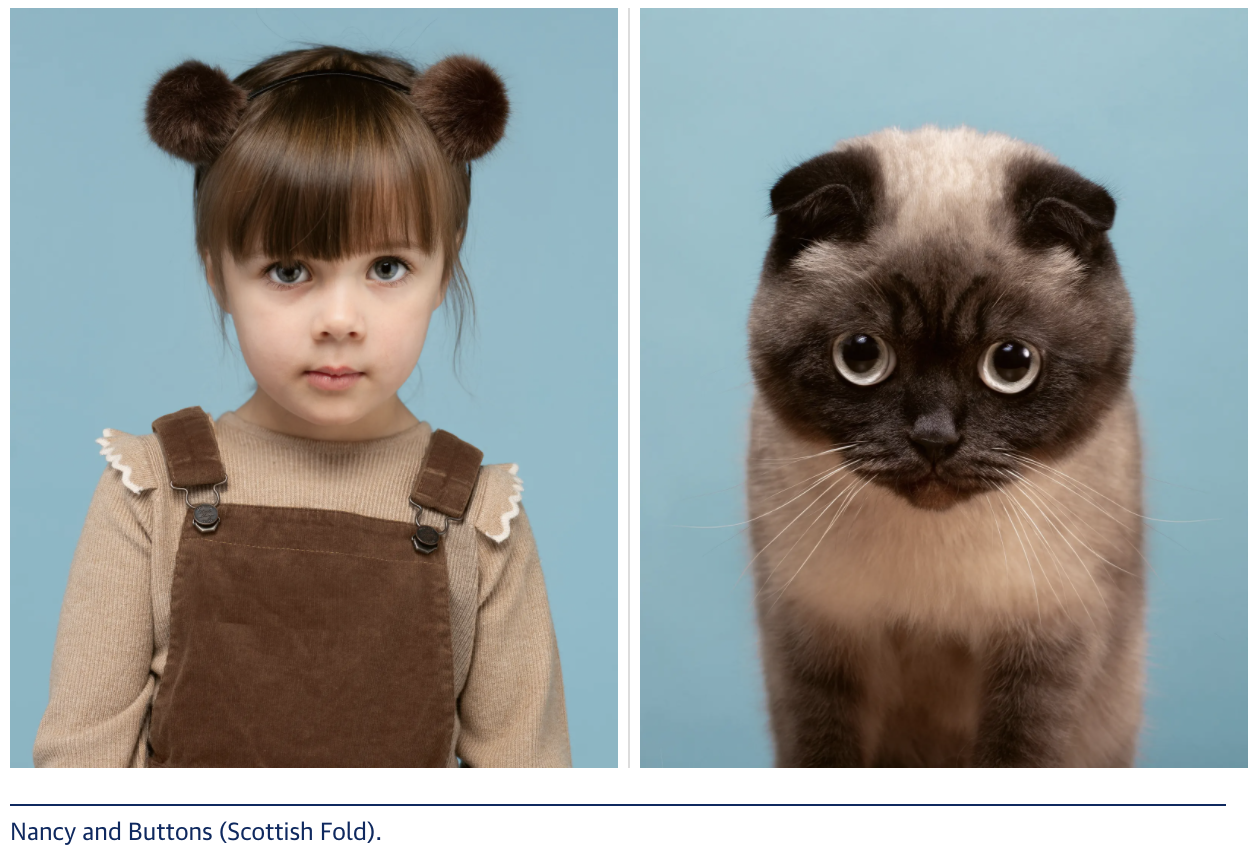 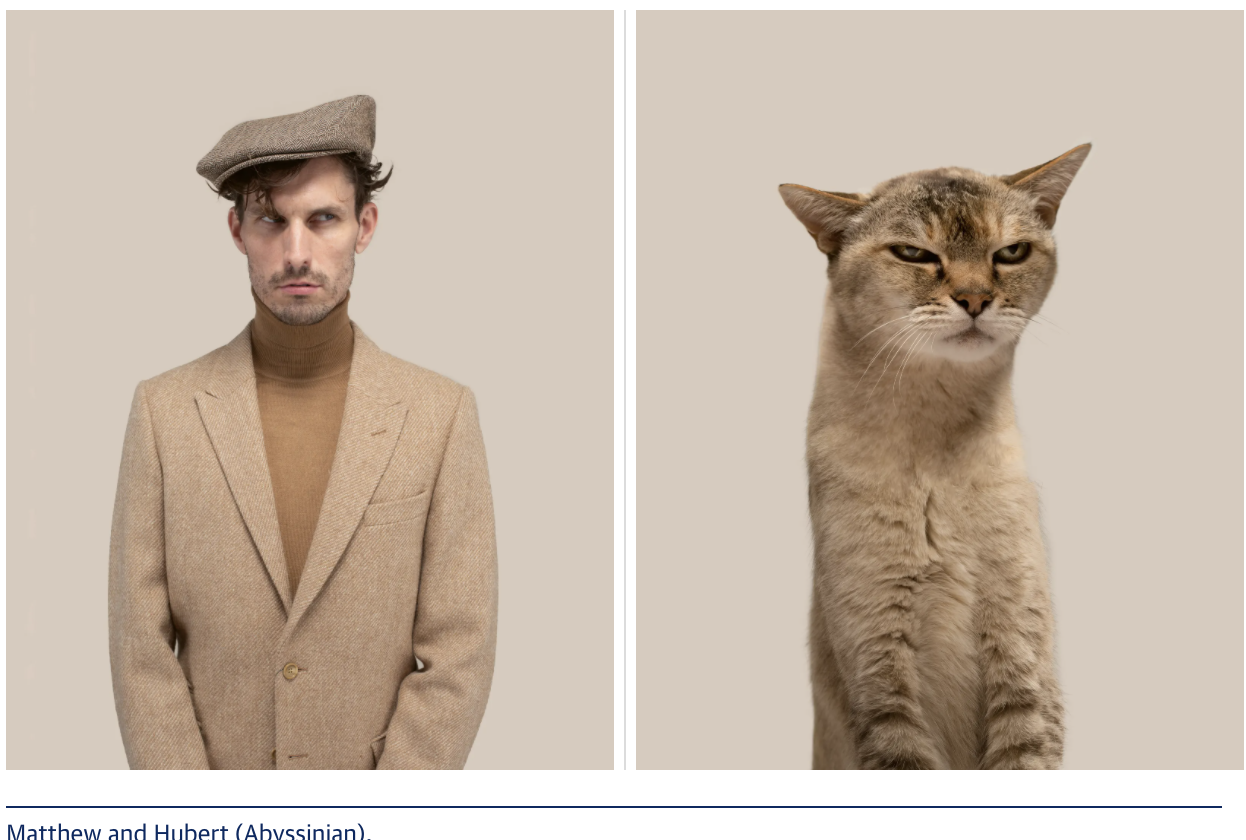 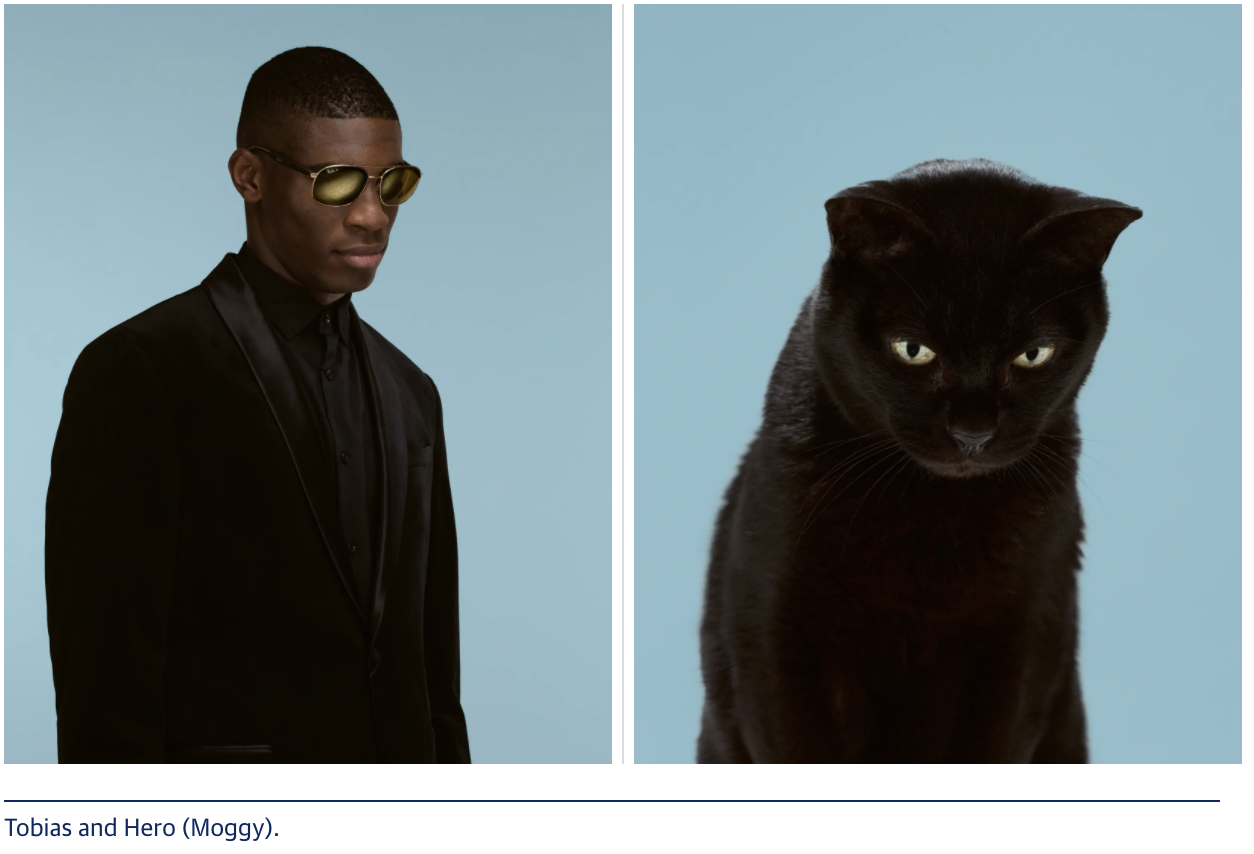 There are others at the site, so go look.

There’s a game, too:

Do You Look Like Your Cat? A Matching Game by Gerrard Gethings/@gezgethings and Debora Robertson is released on 12 October, laurenceking.com

Lagniappe!  This cat must be starving, as all cats are; but this one shows his hunger in a unique way. How could you not feed a cat after it did this?