Things are going to hell in Minneapolis as riots and protests broke out following the police-caused (alleged) murder of George Floyd, killed while a police officer knelt on his neck. The cops are clearly on edge, and, in a boneheaded move, they arrested a CNN team covering the riots, including reporter Omar Jimenez, the cameraman, and the producer. This is after Omar identified himself as a journalist and part of a team, and offered to move out of the way to wherever the state police indicated.

In this 6½-minute video (click on screenshot), the cops arrest Omar, take his microphone, cuff him, and then do the same to the rest of the team. I cannot hear any response to his question about why he was being arrested. These are state police, not the local police who took the life of Floyd, and they are supposed to be more elite and trained that “regular” cops. But they sure don’t act like it.

In all my years of watching the news, I’ve never seen a news crew arrested by the cops, and in this case there’s no apparent reason. The team offered to step aside, but no dice. This is surely some violation of the law: even if the reporters were “trespassing”, they offered to move. 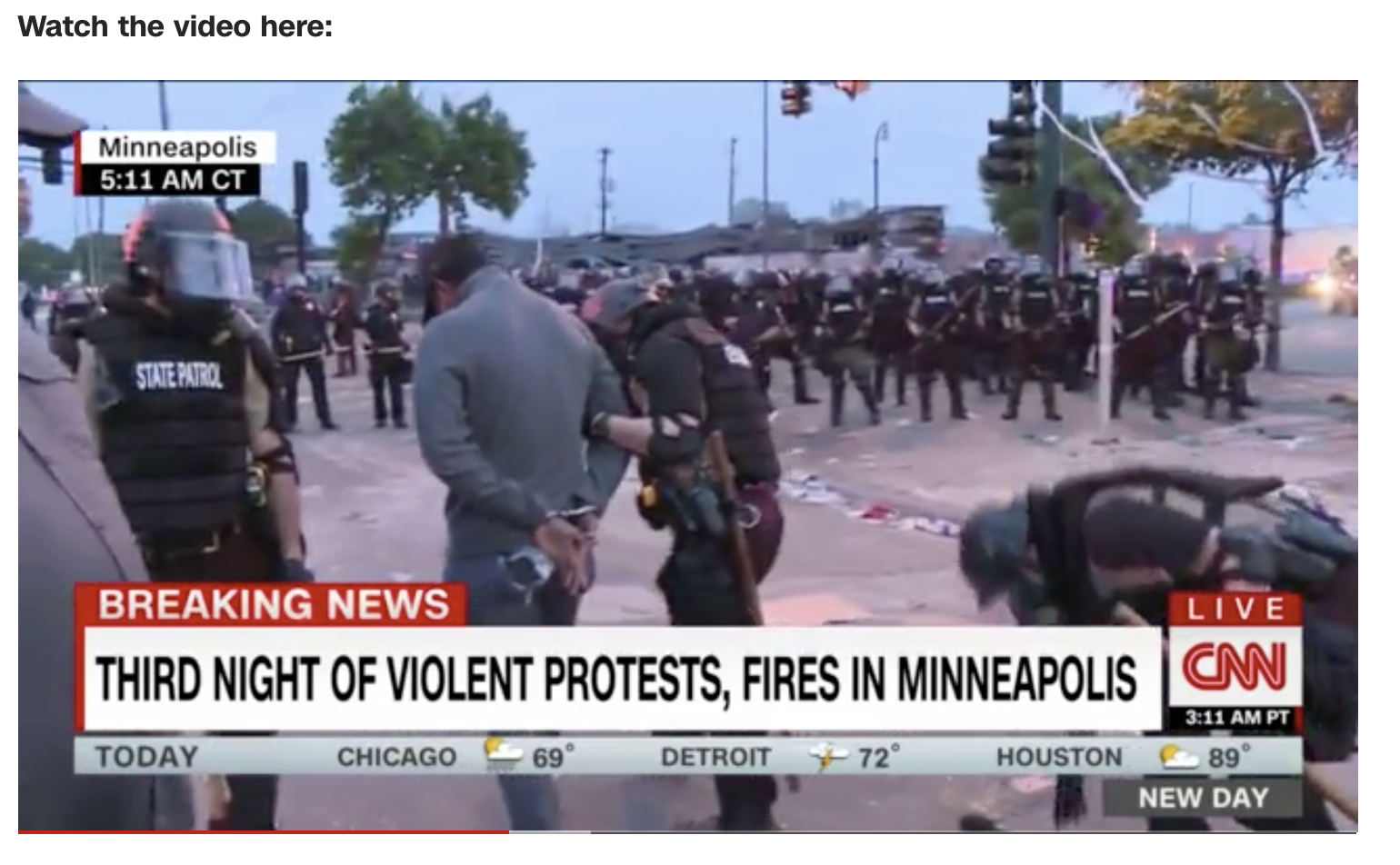 Trump is having his usual Twitter tantrums about this, threatening to call out the National Guard. And, in fact, one of his tweets was HIDDEN by Twitter. I show the original and the reveal (third and fourth tweets). I can’t recall another Trump tweet that was hidden in this way, but Twitter is cracking down on the Head Moron:

….These THUGS are dishonoring the memory of George Floyd, and I won’t let that happen. Just spoke to Governor Tim Walz and told him that the Military is with him all the way. Any difficulty and we will assume control but, when the looting starts, the shooting starts. Thank you!

64 thoughts on “CNN reporter and crew arrested while reporting on riots in Minneapolis, Twitter hides a Trump tweet for “glorifying violence””