Today we have part 2 of physicist/origami master Robert Lang‘s series of photos from his California studio (part 1 is here). Robert’s notes and IDs are indented.

Continuing my series of photos shot over the last year from my studio in Altadena, California, on the edge of the Angeles National Forest.

A Western Fence Lizard (Sceloporus occidentalis— see comments below) . These are all over the place up here, but they’re both fast and skittish, so it’s hard to get a good picture. This one had found its way into a  large copper kettle on the porch, and the smooth sides of the interior prevented its escape. (Once I got the picture, I tipped it over and let him scram.) 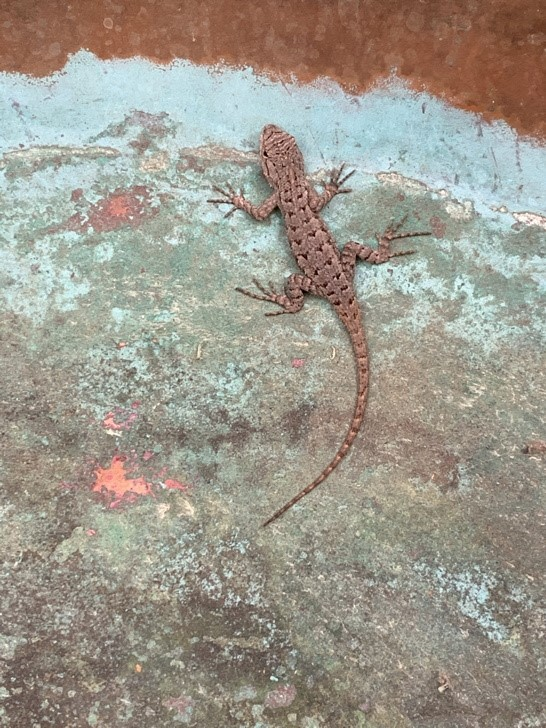 And now, the mammals. On the small side, we have what I think is a Brush Rabbit (Sylvilagus bachmani). We also have Audubon’s Cottontail (Sylvilagus audubonii) in and near Altadena, but we’re up in the chaparral at about 1900’ elevation, which is more Brush Rabbit territory. Hard to tell by sight: they look pretty much alike. 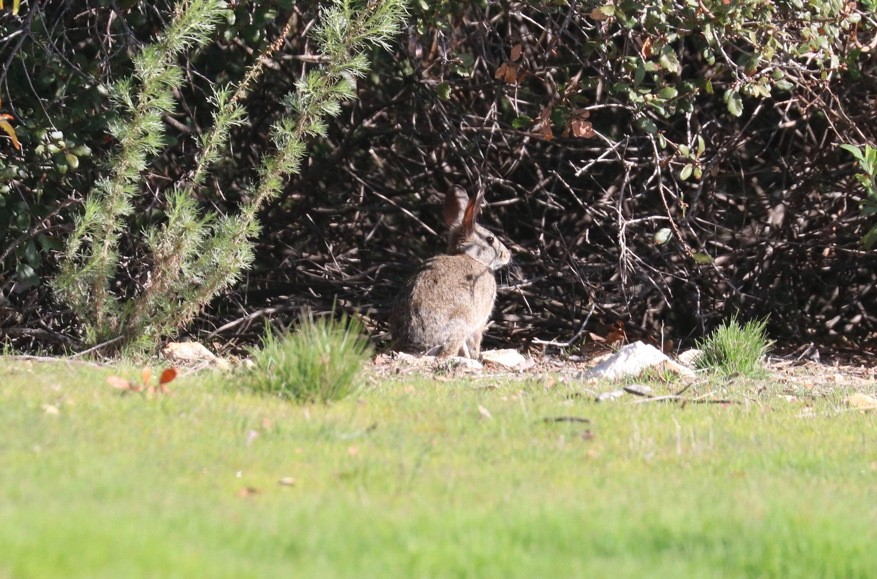 Where you have rodents and lagomorphs you have predators, and I get regular visits from several. Coyotes (Canis latrans) are very common up in the chaparral, like this one below. They also range far down into suburban Altadena, where they help control the population of feral and outdoor cats (sorry!), to the benefit of suburban bird life. 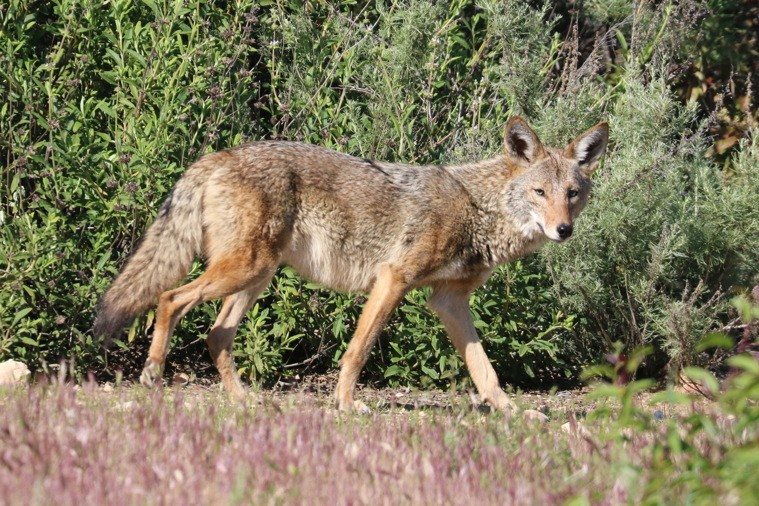 About 20 minutes after the coyote wandered through, a Bobcat (Lynx rufus) also stopped by.  It paused to sniff the California Sagebrush (Artemisia californica), which does have a lovely fragrance, but I suspect it was sniffing more for “Coyote” (or other critters) than for the aroma of the plant itself. 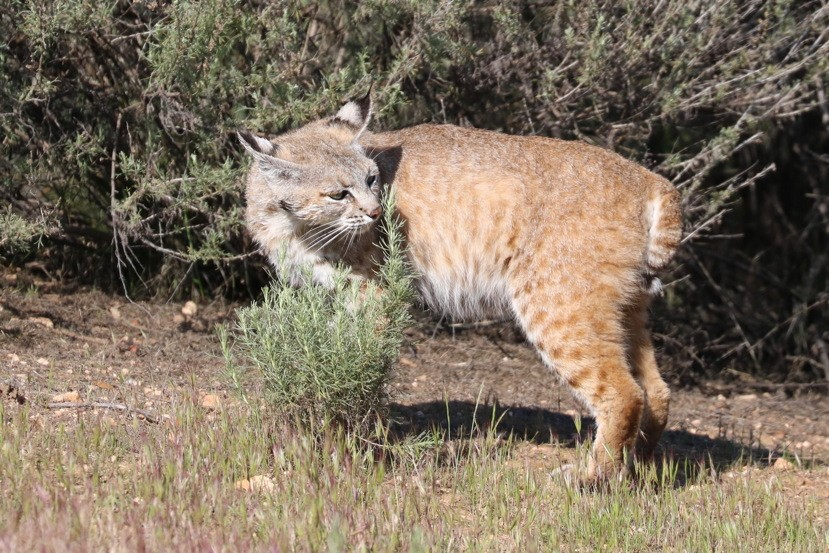 A less common canine visitor is the Gray Fox (Urocyon cinereoargenteus). I’ve only seen a few of these in back. They’re delicate little things, very wary. 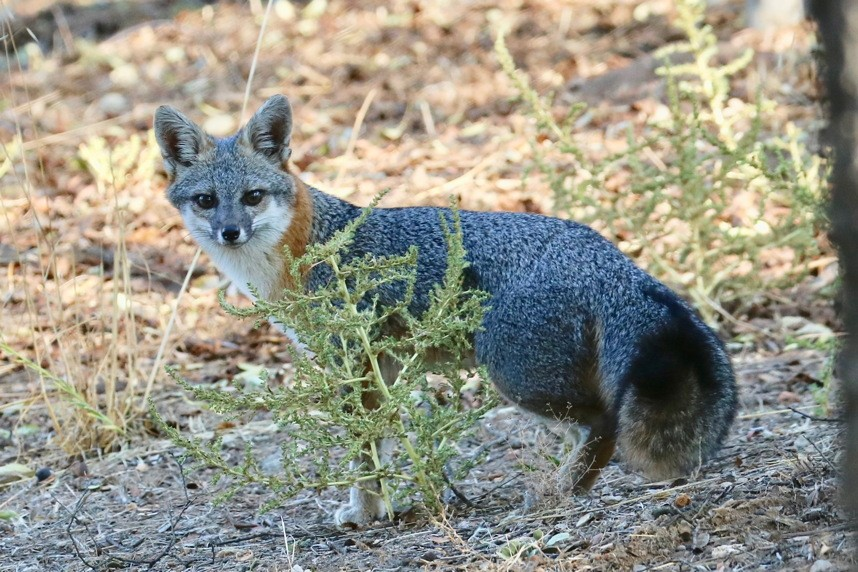 In the definitely not-wary department, I get tons of California Mule Deer (Odocoileus hemionus californicus), especially during the Fall dry season, when it’s not uncommon to get multiple visits per day, and in the Spring, when the acorns are falling. 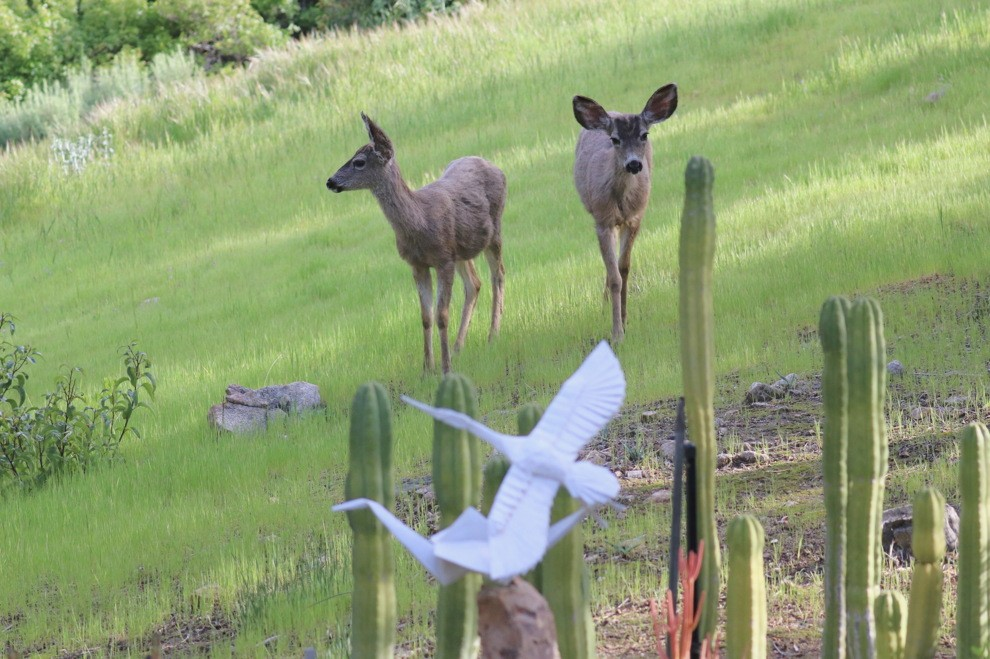 During the fall rut. That’s a dominant buck, sticking close to his doe. A couple of smaller bucks were also hanging around nearby, not getting too close (the buck chased them away), but still sticking close, presumably looking for an opening. 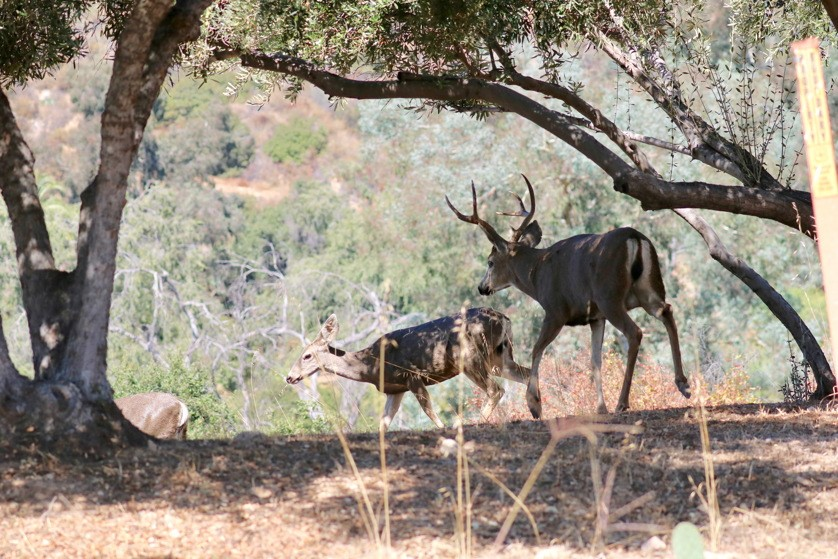 And a close-up of the big guy. 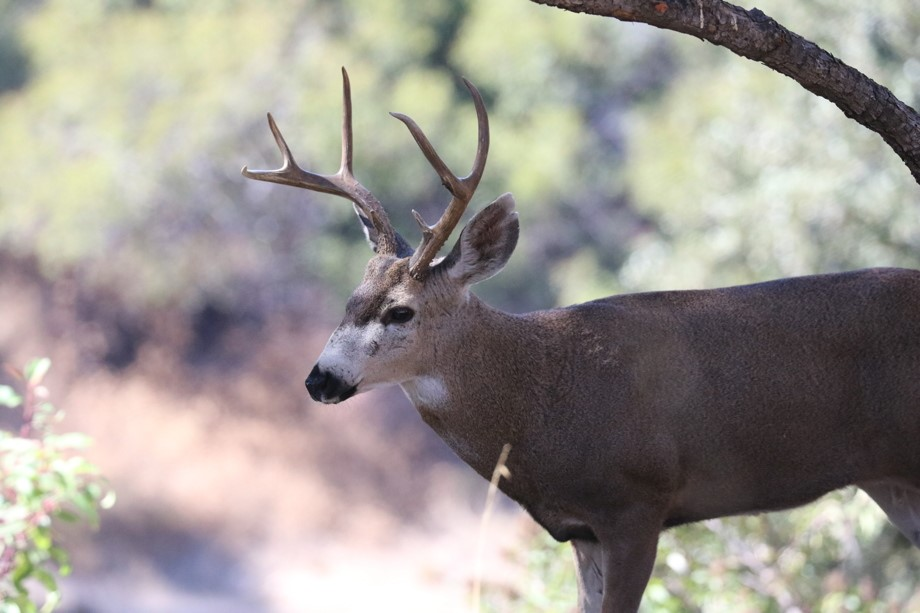