Physicist, engineer, and origami wizard Robert Lang happens to be locked down in a nice place. He sent two aliquots of photos, and today I’m posting part 1. Robert’s captions and IDs are indented:

During COVID shutdown, I’m pretty much confined to my studio in Altadena, California. This is not entirely without its compensations; the studio backs up to the Angeles National Forest, and over the past year I’ve been able to see and shoot a fair amount of wildlife in and near my back yard, sometimes even without getting up from my desk. In Part I, I’ll show some birds from the property.

First, an exotic: a Red-crowned Amazon (Amazona viridigenalis), which is native to northeastern Mexico and Texas, but escaped pets have established breeding colonies around Southern California. Their raucous calls and distinctive flight make them a familiar presence in Altadena. 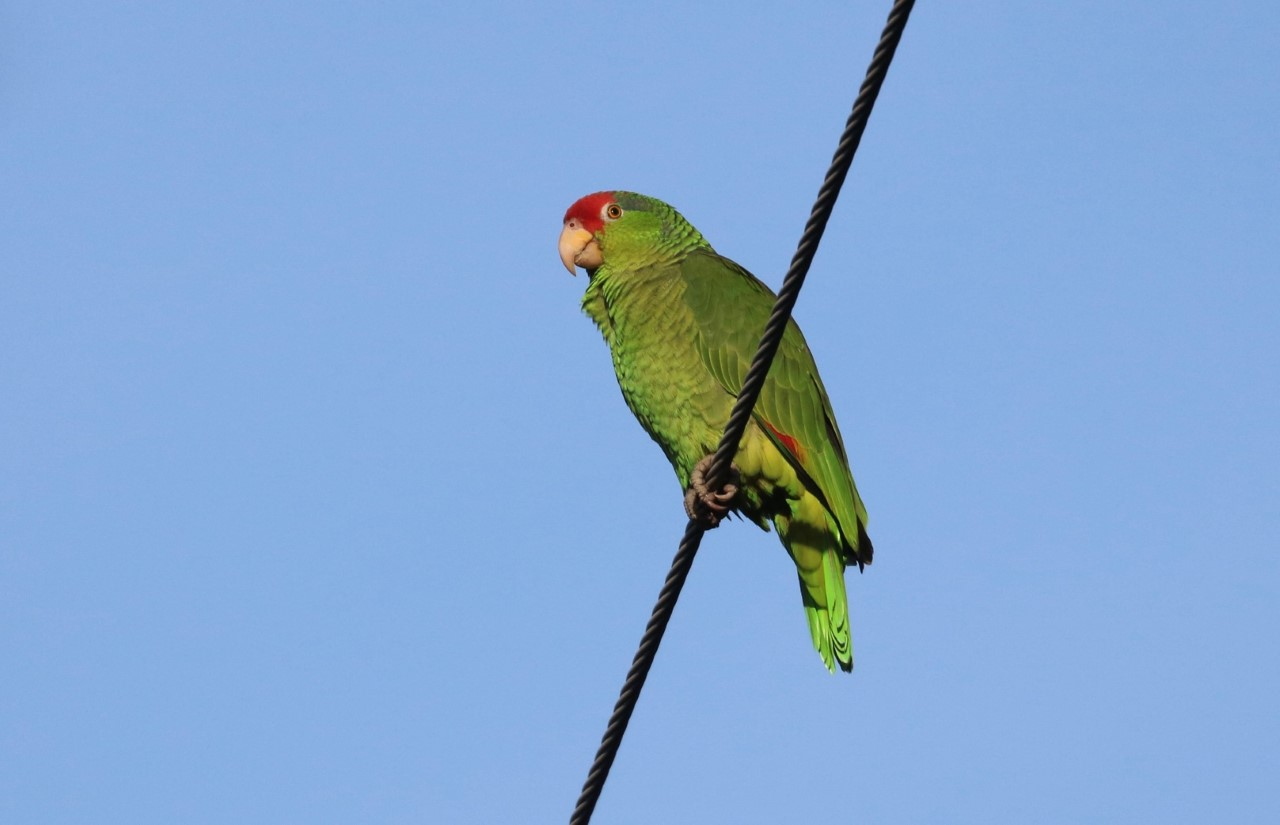 Next, a few common ground-dwellers, which also have distinctive calls. (I’m not a birder, and most bird calls sound pretty generic to me, so I really like the ones that are unmistakable even to a duffer like me.) First, a mourning dove (Zenaida macroura): 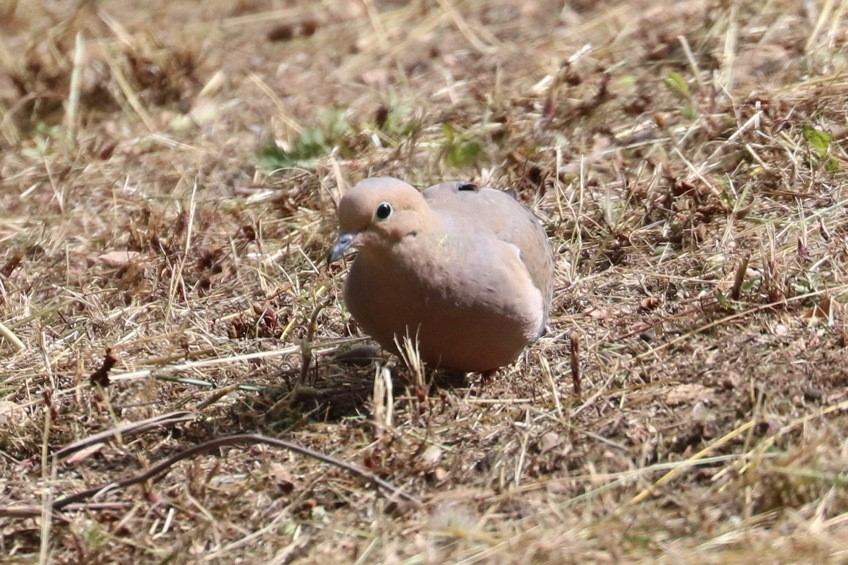 And then some California Quail (Callipepla californica), both males and females: 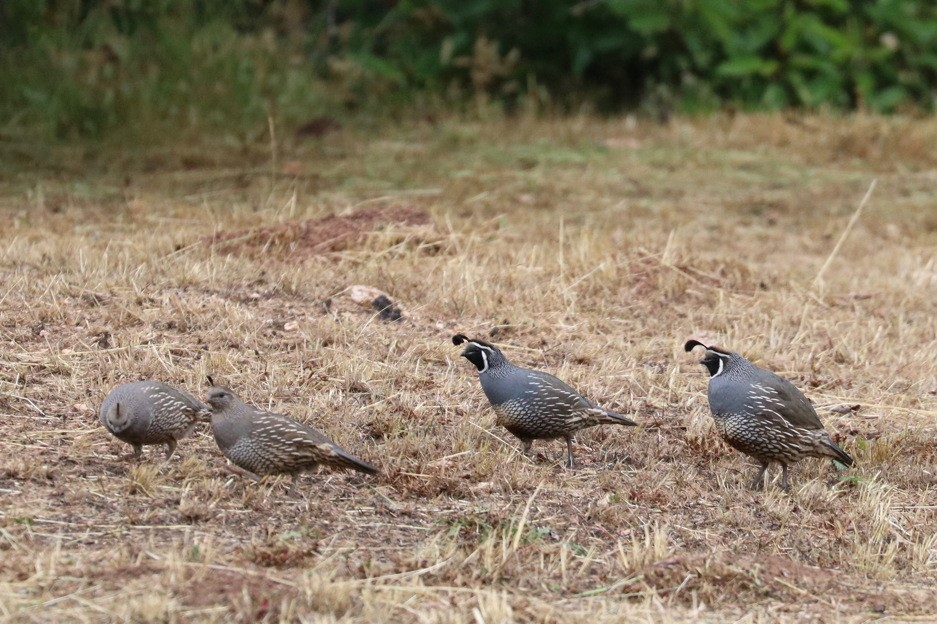 A Black Phoebe (Sayornis nigricans), perched on the boundary marker of the Angeles National Forest: 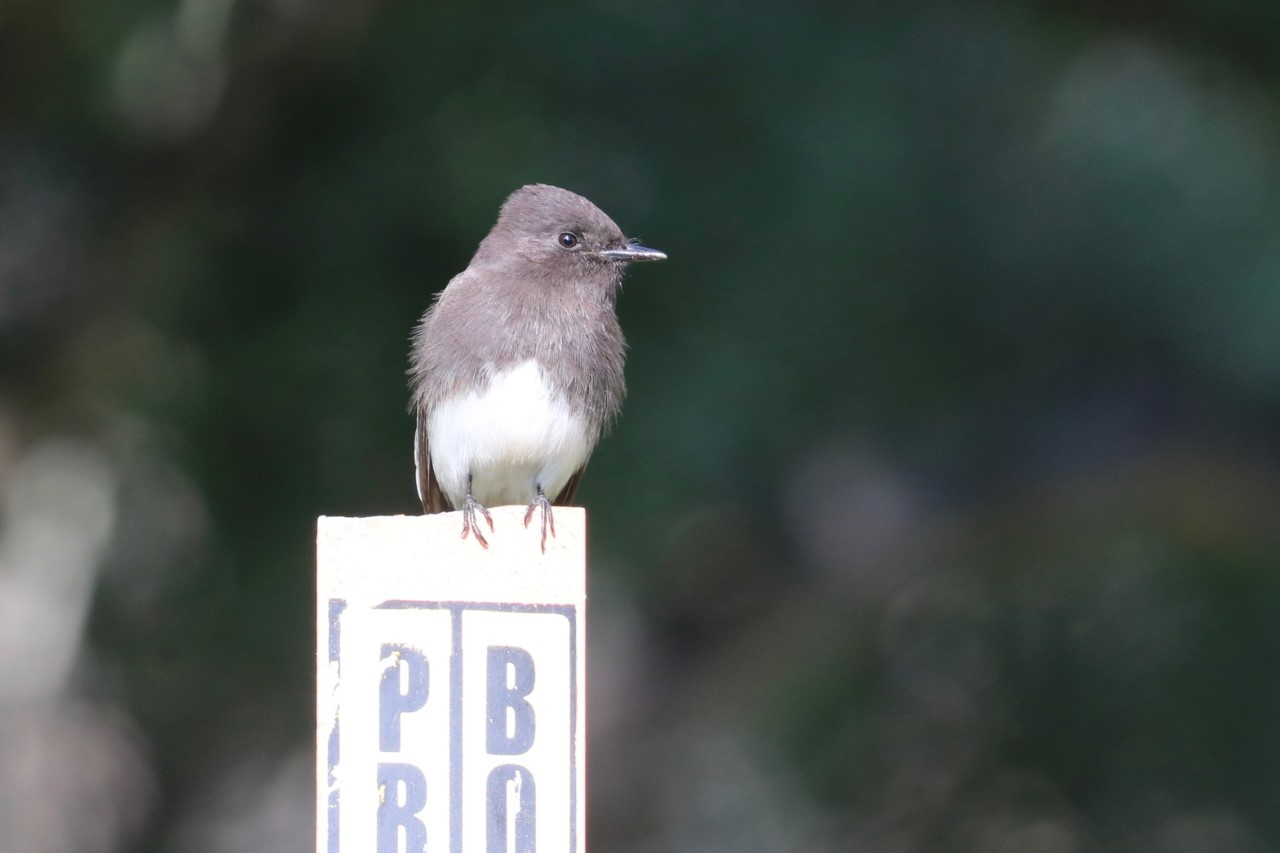 And this one had me stumped for a bit. Merlin Bird ID said it was a Northern Mockingbird (Mimus polyglottos), but its beak seemed too short and it was missing the black eye-to-beak streak. But some further internet searching revealed that that’s what it is, just a juvenile. 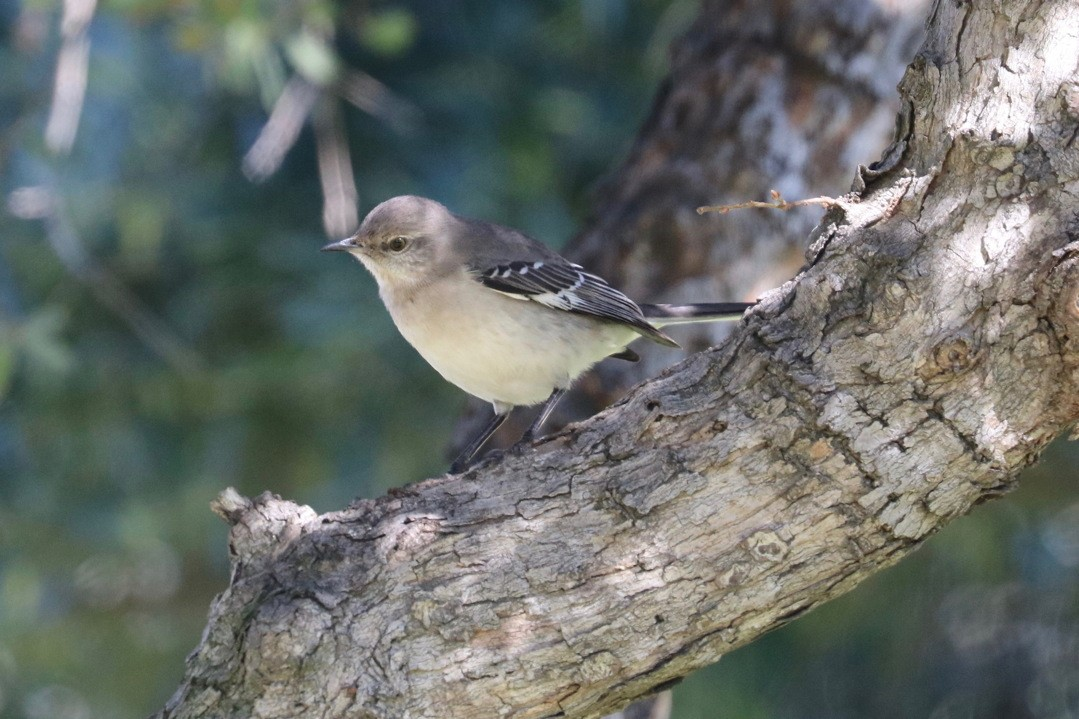 The ubiquitous blue bird of the chaparral is the California Scrub-Jay (Aphelocoma californica). I think this is my favorite picture of the bunch. I like his pose and the background. 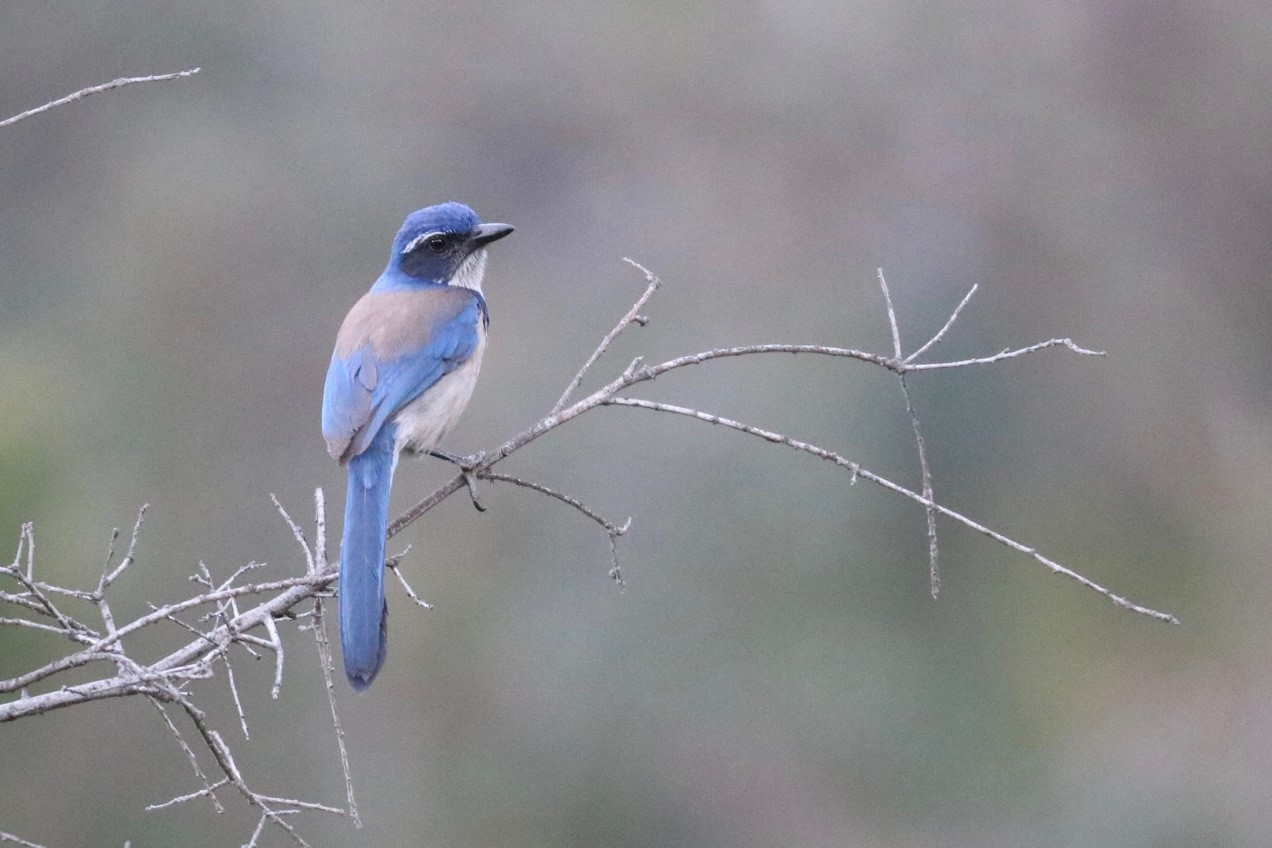 Here we have a soaring Red-Tailed Hawk (Buteo jamaicensis)—with that tail, what else could it be?—with the buildings of downtown Pasadena in the background. 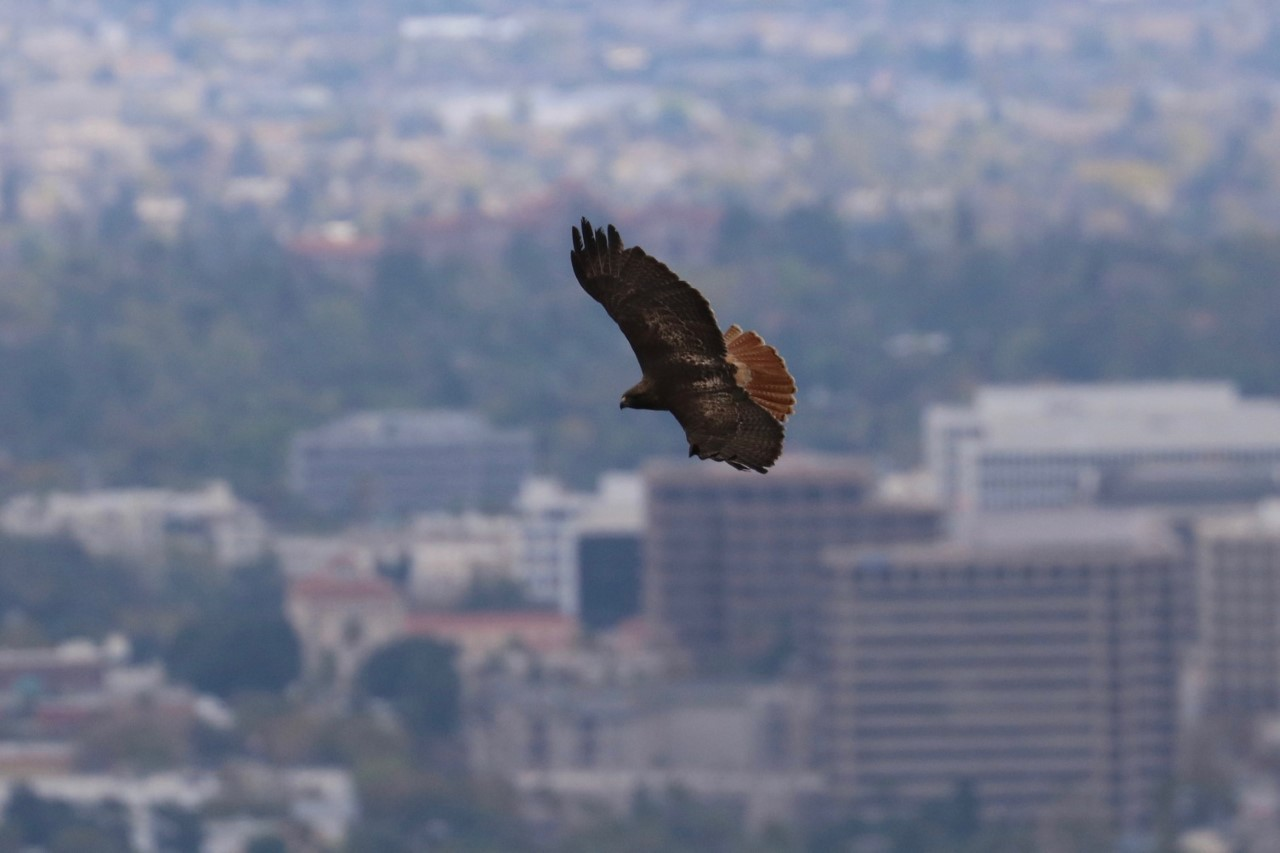 And finally, two pictures of my favorite birds of the chaparral edge: the endlessly chatty Acorn Woodpecker (Melanerpes formicivorus). Many of the telephone poles around here are quite old, and the local woodpeckers have turned them into their granaries, like this one. They drill the holes, stash acorns in the holes, and move them about as the acorns dry and shrink, and they eat both the acorns themselves and the grubs that infest the acorns. 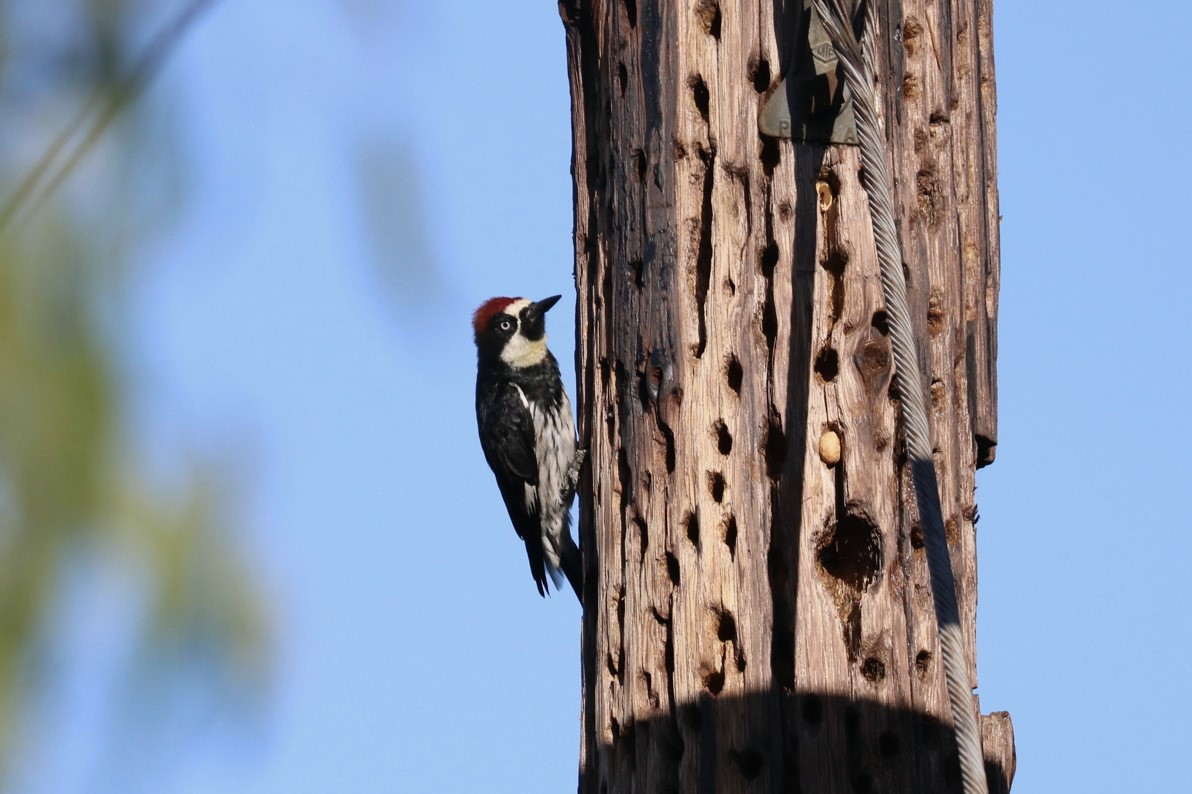 A few months back, Southern California Edison took out and replaced this pole, which, sadly, of course, wiped out years of hard work by the local woodpecker colony. Within hours of installation of the new pole, though, these two woodpeckers were back on the new pole and starting to drill. I can almost see the thought bubble: “Well, let’s get back to work!” 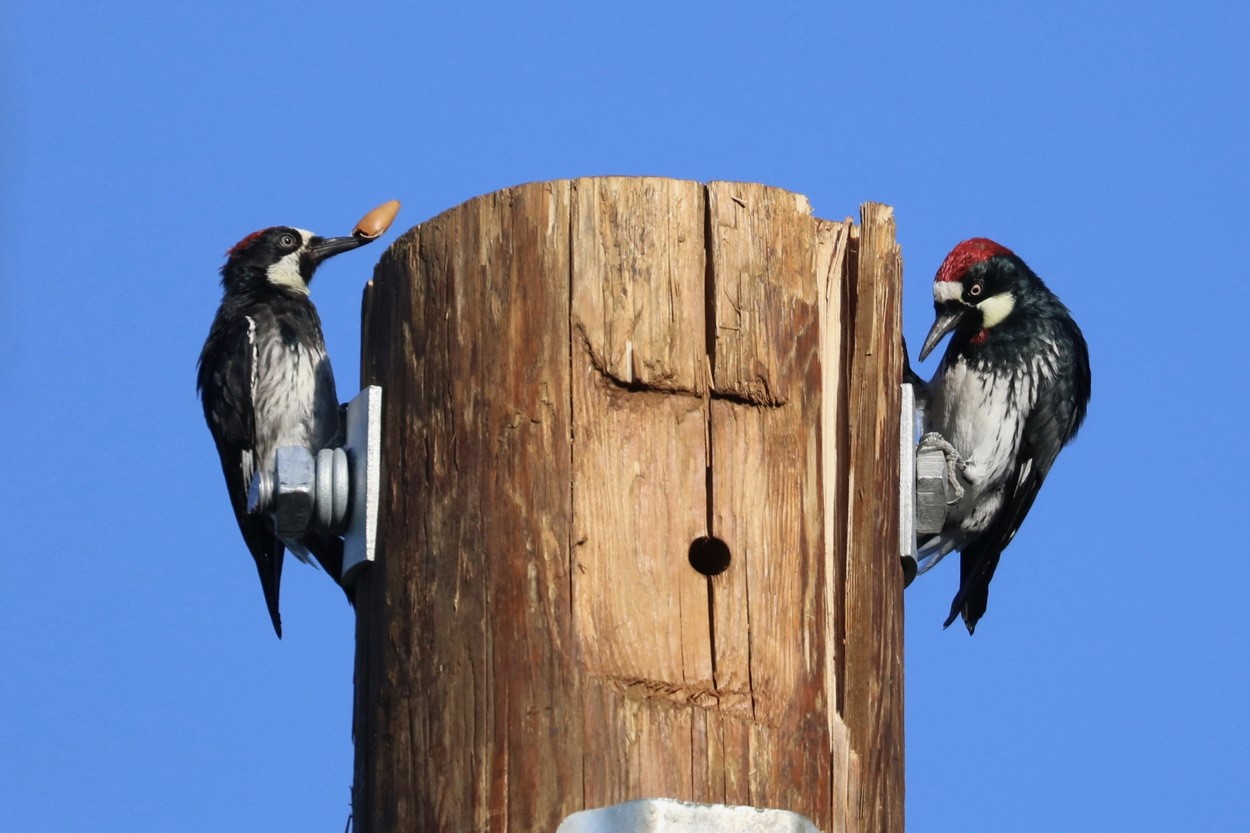 Next up: reptile and mammals.

JAC: I can’t resist adding a photo of an origami duck that Robert folded for me as a gift. It rests atop my big desktop computer: 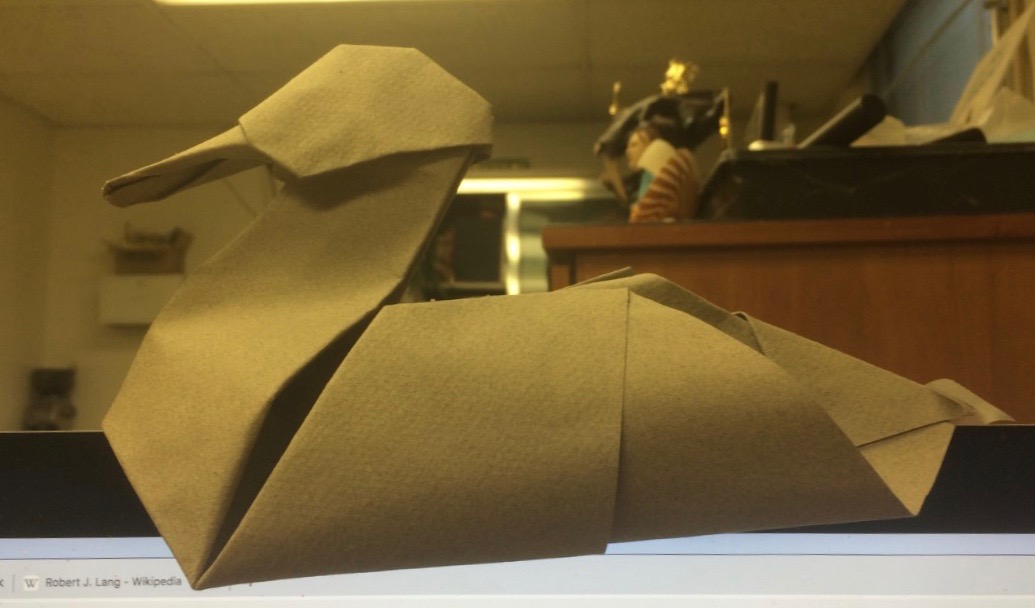