The protests against shutdowns have now spread to Indiana, Nevada, Maryland, and Wisonsin, with gatherings of the disaffected in Indianapolis, Carson City, Annapolis; and Brookfield, Wisconsin. The picture below is of the protest in Austin, and I was horrified at the degree of crowding and the lack of masks:

As the NYT reports:

In Austin, at least 100 people gathered on the statehouse grounds in hats and shirts with President Trump’s slogan, “Make America Great Again.” Some carried American flags, and few wore masks that are mandated by the city.

There were cheers at the sight of Alex Jones, the founder of the website Infowars, which traffics in conspiracy theories. There were chants of “Fire Fauci,” in reference to Dr. Anthony S. Fauci, the federal government’s top infectious disease expert.

Crikey! This lets you know that these people are more than just frustrated, but also a bit unhinged.

Of course I recognize that most Americans (even Texans) approve of the shutdown restrictions—including 68% of Republicans—and even that the group above is only a small moiety of the disgruntled. I can also understand their frustration: many are jobless, hungry, and with no sign of an end to their pain. I am not in their shoes, but I can also understand how a governor’s restrictions can look arbitrary, even cruel.

Still, how do you trade off penury versus life? It’s easy for me to say “life wins”, because I don’t have to worry about getting a paycheck. But in the end, people could lose their lives this way, and if they had the ability to change the laws of physics, perhaps some on their deathbeds would regret having gathered like this.  But can’t they at least wear masks and protest six feet apart?  And. . . Alex Fricking Jones?

But in Illinois you’re not going to see this. We’re a Democratic state with a sensible Democratic governor, and Chicago has a sensible no-nonsense mayor who’s tough and even scary.

When I took a walk today, checking out how things were doing in Hyde Park, I found a lot of people out and about, with most wearing masks. (I didn’t, as I was outdoors the whole time and stayed well away from people.) I went by Trader Joe’s, where I buy my coffee beans, just to see how crowded it was, and at first was pleased to see that it didn’t look very crowded. But that was only because I didn’t notice the long, spaced-out line, stretching a whole block, with people standing more than six feet apart. Hyde Park, of course, is full of fairly well-off folks, with many academics, and they’re not about to violate any orders.

Presented for your approval: a bunch of obedient Hyde Parkers: 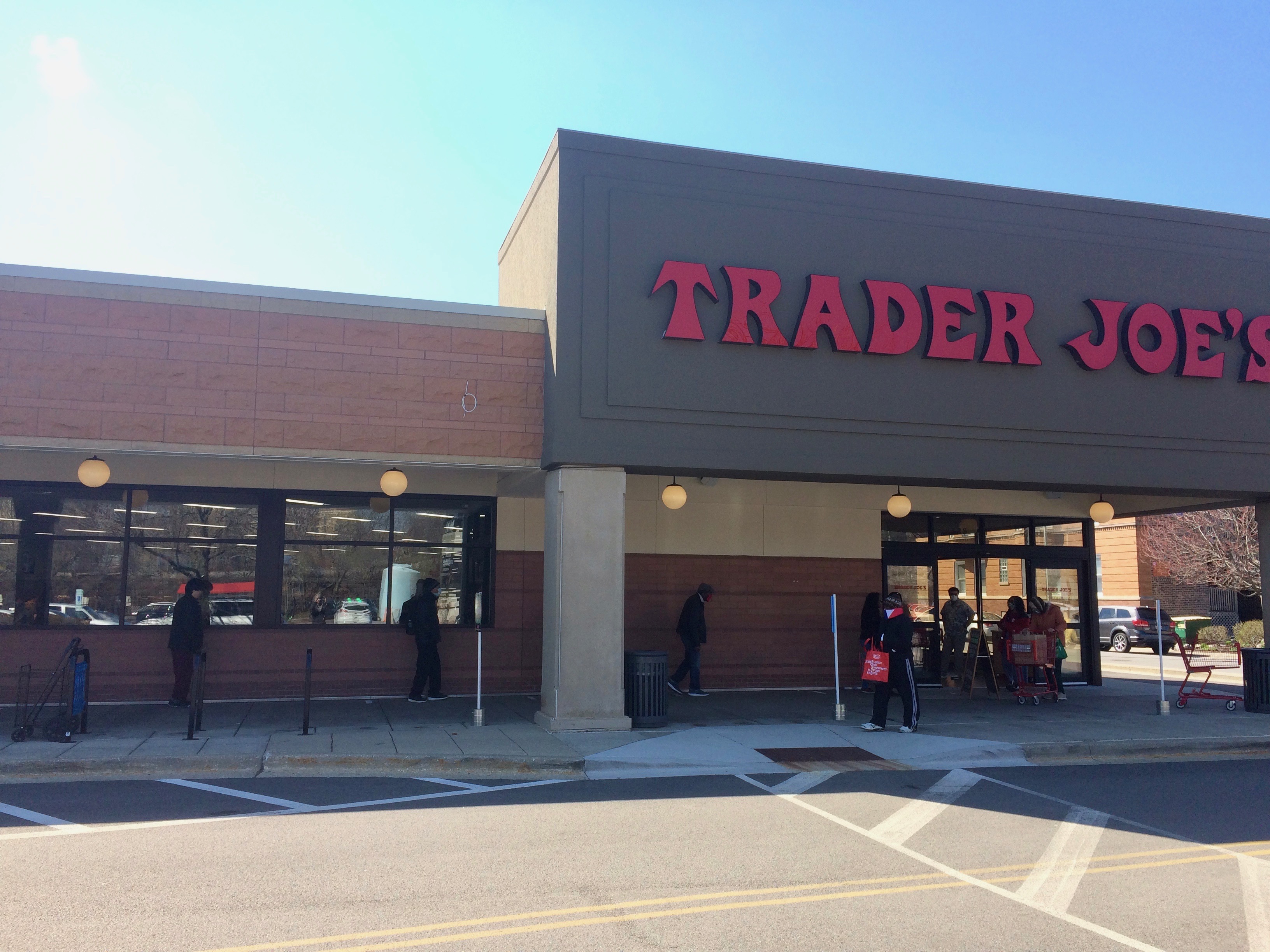 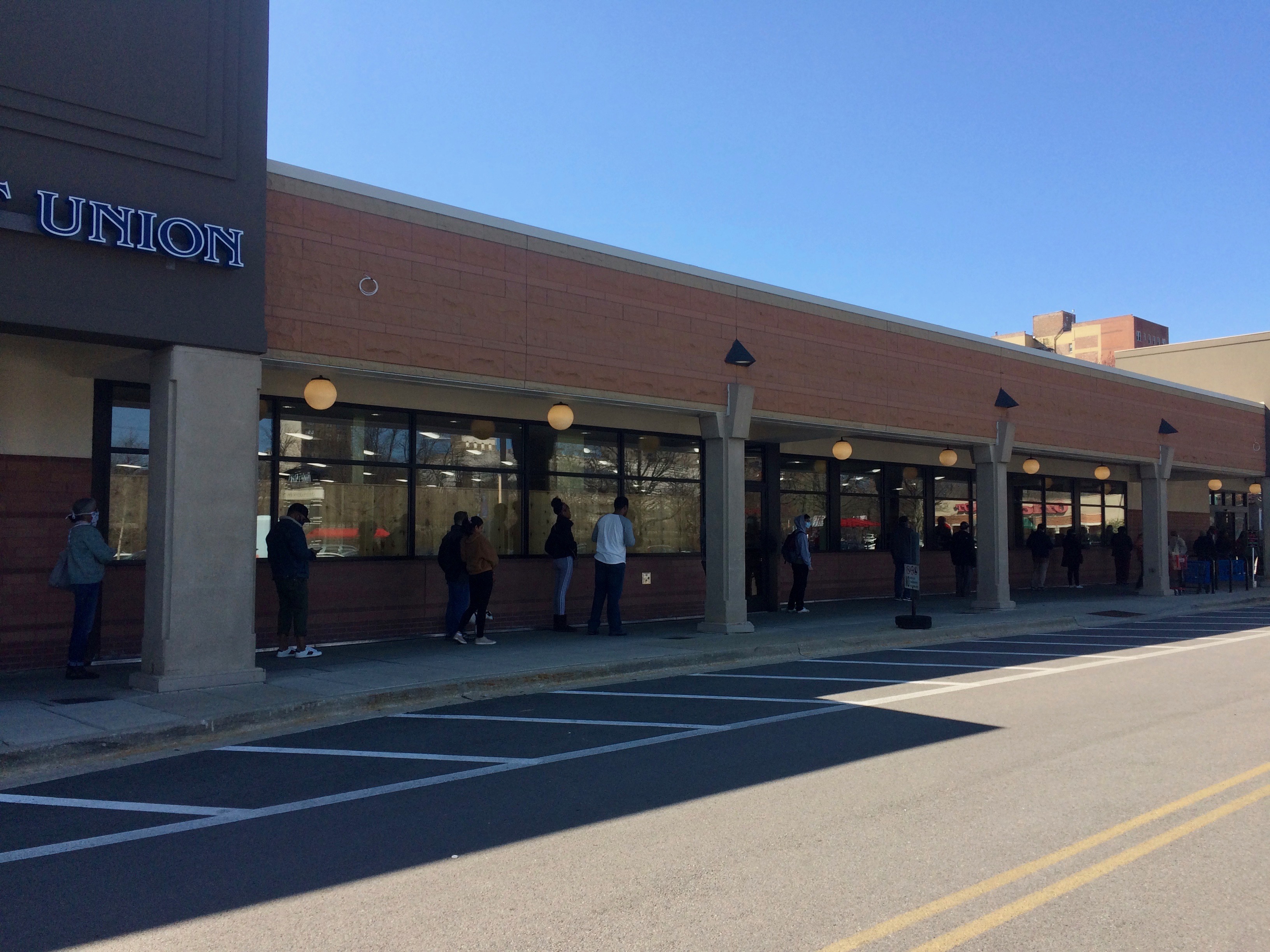 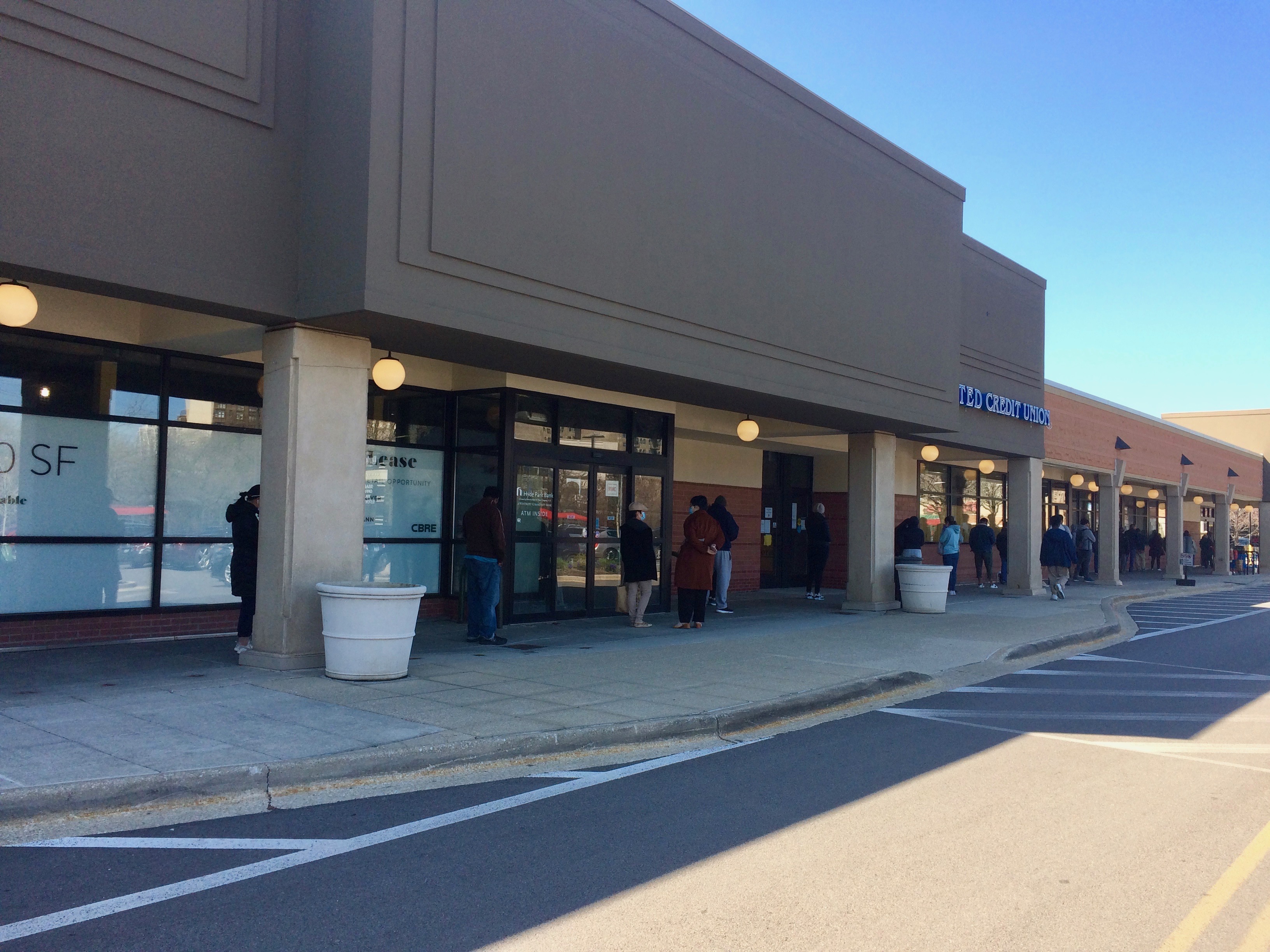 62 thoughts on “Protests in four more states, but not Illinois!”