The way I figure it, this election is now Biden’s to lose. The latest news comes from CNN (below; click on screenshot): 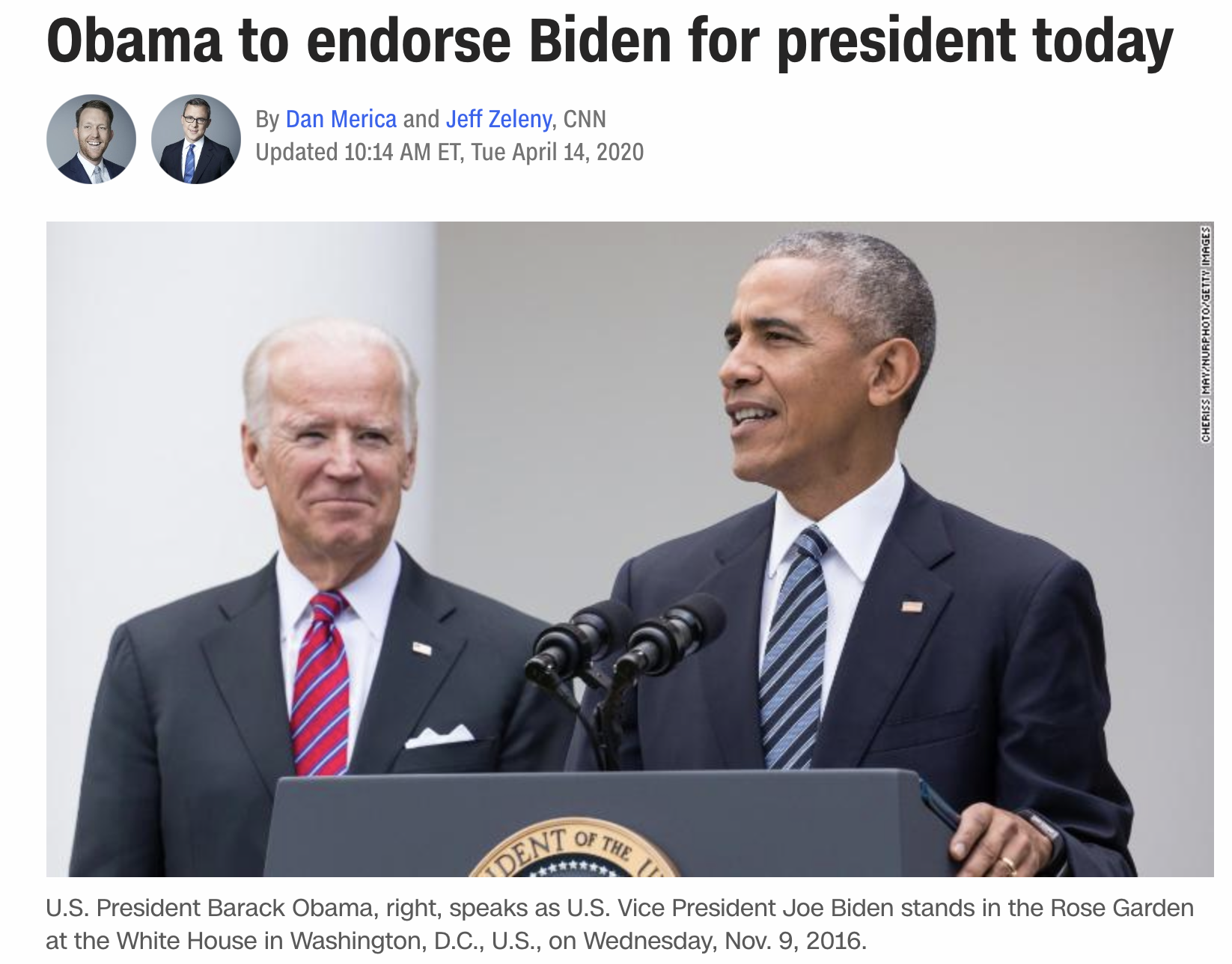 Yesterday we had this:

An excerpt from the NYT piece:

Senator Bernie Sanders endorsed Joseph R. Biden Jr. as the Democratic nominee for president on Monday, adding the weight of his left-wing support to Mr. Biden’s candidacy and taking a major step toward bringing unity to the party’s effort to unseat President Trump in November.

The decision by Mr. Sanders to back his former rival is an unmistakable signal to his supporters — who are known for their intense loyalty — that they should do so as well, at a moment when Mr. Biden still faces deep skepticism from many younger progressive voters.

In a surprise joint appearance over live-streamed video, the two men revealed a rapprochement forged amid extraordinary circumstances just five days after Mr. Sanders withdrew, a sign of how profoundly the coronavirus pandemic has changed the race. The uncertainty caused by the virus, the vast damage to the American economy and the fervent desire to deprive Mr. Trump of a second term prompted an earlier-than-expected alliance between two ideological rivals, aimed at bringing together disparate factions of the party.

“We need you in the White House,” Mr. Sanders said to Mr. Biden. “And I will do all that I can to see that that happens.”

Mr. Biden said: “I’m going to need you. Not just to win the campaign, but to govern.”

Now I’m not sure what Joe means by the last sentence, but one thing’s for sure: things will be better off if he wins than if the Big Baby wins. I’m not a huge fan of Biden, as you know, but I’m sure he’ll appoint better people to run the country then the current “President” did. And of course there are the courts: if you think Biden and Trump aren’t that different, think about whom the President will appoint to the federal judiciary, including the Supreme Court.

The next step is for Joe to appoint as his vice-presidential candidate someone who’s good, someone who’s savvy enough to run the country after Biden’s first term.

107 thoughts on “Sanders endorses Biden, Obama to do so today”