“Give me the child and I’ll give you a faith-ridden adult”.

(Implicit motto of the John Templeton Foundation and the Faraday Institute)

The Faraday Institute for Science and Religion in Cambridge, England (webpage here) describes itself as “an interdisciplinary research enterprise based in Cambridge. In addition to academic research, the Institute engages in the public understanding of science and religion by means of Courses, Conferences, Lectures, Seminars and the Media.”

As far as I can see, it has no formal affiliation with Cambridge University; rather, it was founded in 2006 with a $2 million grant from—you guessed it—the John Templeton Foundation (JTF). And the JTF is still pumping money into it: the Faraday is now working off a $2.4 million Templeton grant to “lease new bespoke offices”. And it acknowledges JTF support on its webpage.

I’ve written about the Faraday before, including posts on the “Faraday Schools Project,” designed to convince kids that science and religion are compatible (website here); on its “Test of Faith” homeschool project, aimed at more accommodationism, and on the accommodationist  Emeritus Director of the Faraday, Denis Alexander.

But now it’s gotten worse. As the Lutheran Institute for Faith, Science, and Technology reported in October of 2017:

Separate from this $2 million grant [for the bespoke offices], a second grant from the Templeton foundation is focusing on media development for science and faith initiatives aimed at children.

According to the Templeton website, this second $910,555 grant will allow Faraday to disseminate new media materials in UK schools for children aged 2 to 12. The materials will provide “more positive narratives about the relationship between mainstream science and religious questions. Out of 60 creative proposals for new books and apps, 19 were selected as part of the grant proposal. The publishers will return a 33% royalty to The Faraday Institute to establish a ‘Continuation Fund’ to fund future initiatives.

So both the Faraday and Templeton are in the business of lying to children about God.This book project is a new Templeton grant, separate from the “Schools Project” and from the “Test of Faith” homeschool project.  Have a look at the Faraday Kids website to see the insidious proselytizing of kids, trying to convince them, before they can think for themselves, that religion is great, and fully compatible with science.

And here are some of the Faraday’s products, likely funded by the $910,555 grant (click on screenshots to learn more).

The paragraph below, from the God Made Animals book site, is straight religious indoctrination, aimed at kids between 3 and 6 years old:

The ‘God Made’ series encourages young children to explore and discover more about the world around them, and tells them about the loving God who made it all. Scientific ideas about how everything came to be are simply explained through the lively narrative and amazing illustrations, leaving children full of wonder at God’s creativity, love, and power. With input from The Faraday Institute for Science and Religion, and fun experiments for curious young scientists to try, this series is an ideal way to help children engage with and celebrate God and His universe. 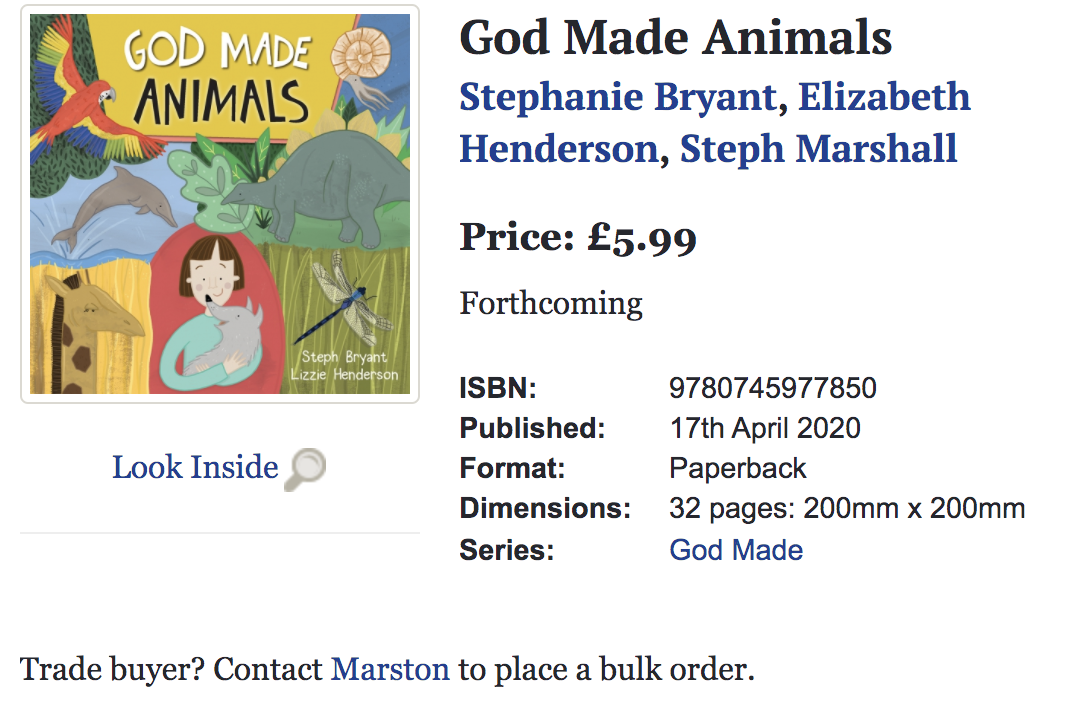 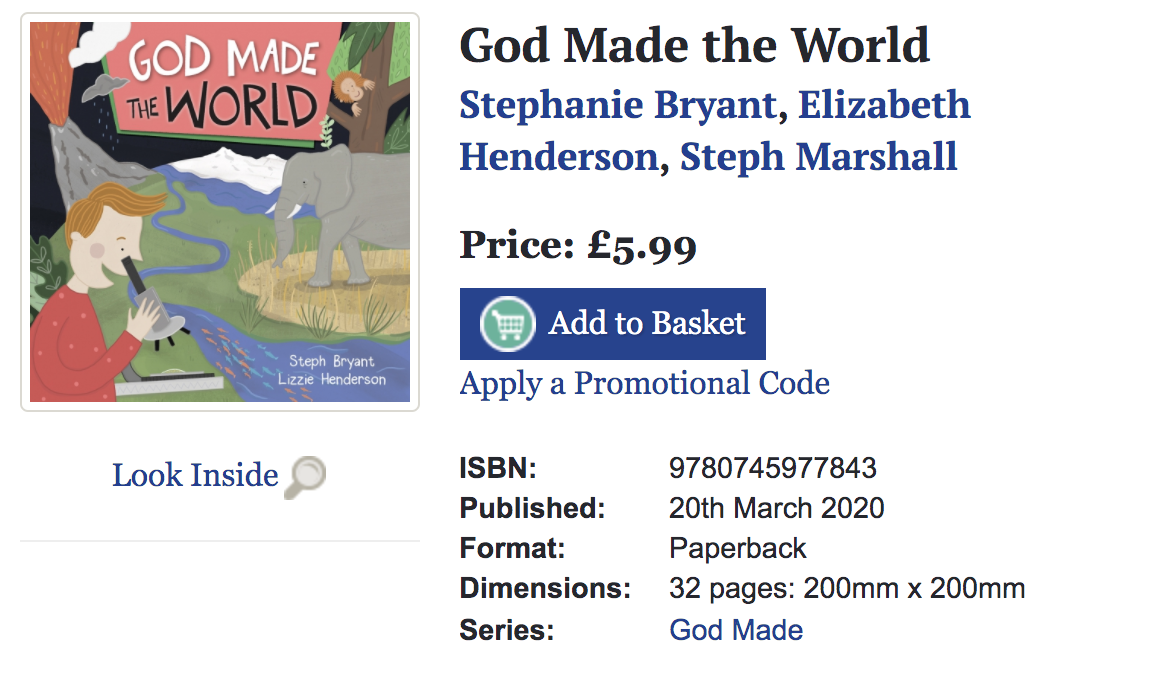 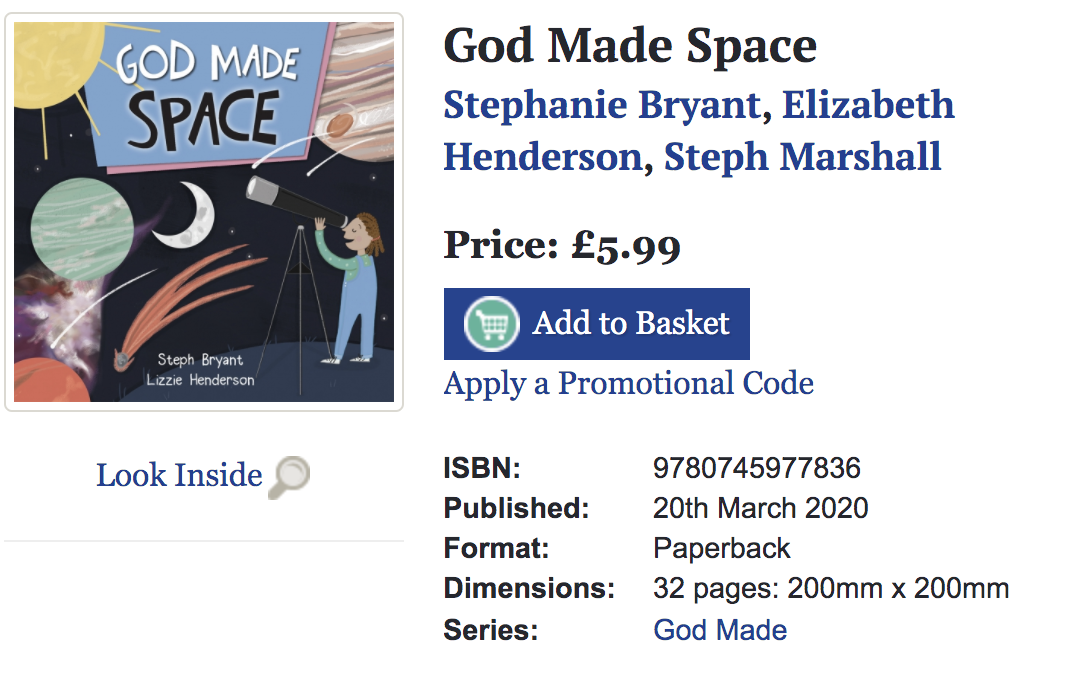 Yes, God made everything. As reader Mark (who pointed me to these books) noted, “Let’s see if they cover how God made the coronavirus.”

This effort by the Faraday and Templeton is contemptible. It’s no different from a bunch of Jehovah’s Witnesses hectoring kids about creationism or the apocalypse. The titles are so self-assured, and yet so wrong. The books are lying to kids.  And they’re being created by a bunch of academics and theologians funded by the John Templeton Foundation.

In fact, these things are even more blatant than the usual kind of stuff that Templeton funds—often scientific projects whose agenda comports with the JTF’s. This is how Templeton “whitewashes” its grants, giving them to another organization that produces odious books like those shown above. Of course Templeton knows about these products, and presumably approves of them.

I’ve hectored scientists and scholars for years not to feed at the Templeton trough, because the JTF is an enterprise whose goddy tentacles are everywhere. If you let its suckers fasten upon you, you enhance Templeton while debasing your own credibility. So, all my biologist and physicist colleagues who take money from Templeton, are you happy with your funder creating books like God Made Animals, God Made the World, and God Made Space?

I thought your answer would be yes. That trough is just too tempting.