Reader Paul Hughes was a passenger on the first of my two trips to Antarctica last fall.  He took a gazillion photos, and sent me two batches, the first of which I’ll put up today. Paul’s notes and IDs are indented. (This counts as documentation of my trip, too, since we were on the same boat and in the same places. But of course Paul’s photos are better.)

Our first stop in Antarctica was at Yankee Harbour, on Greenwich Island. The harbor was used by American sealers as early as 1820, and later by whalers. Here there is a large colony of Gentoo penguins (Pygoscelis papua), the third largest penguin species. 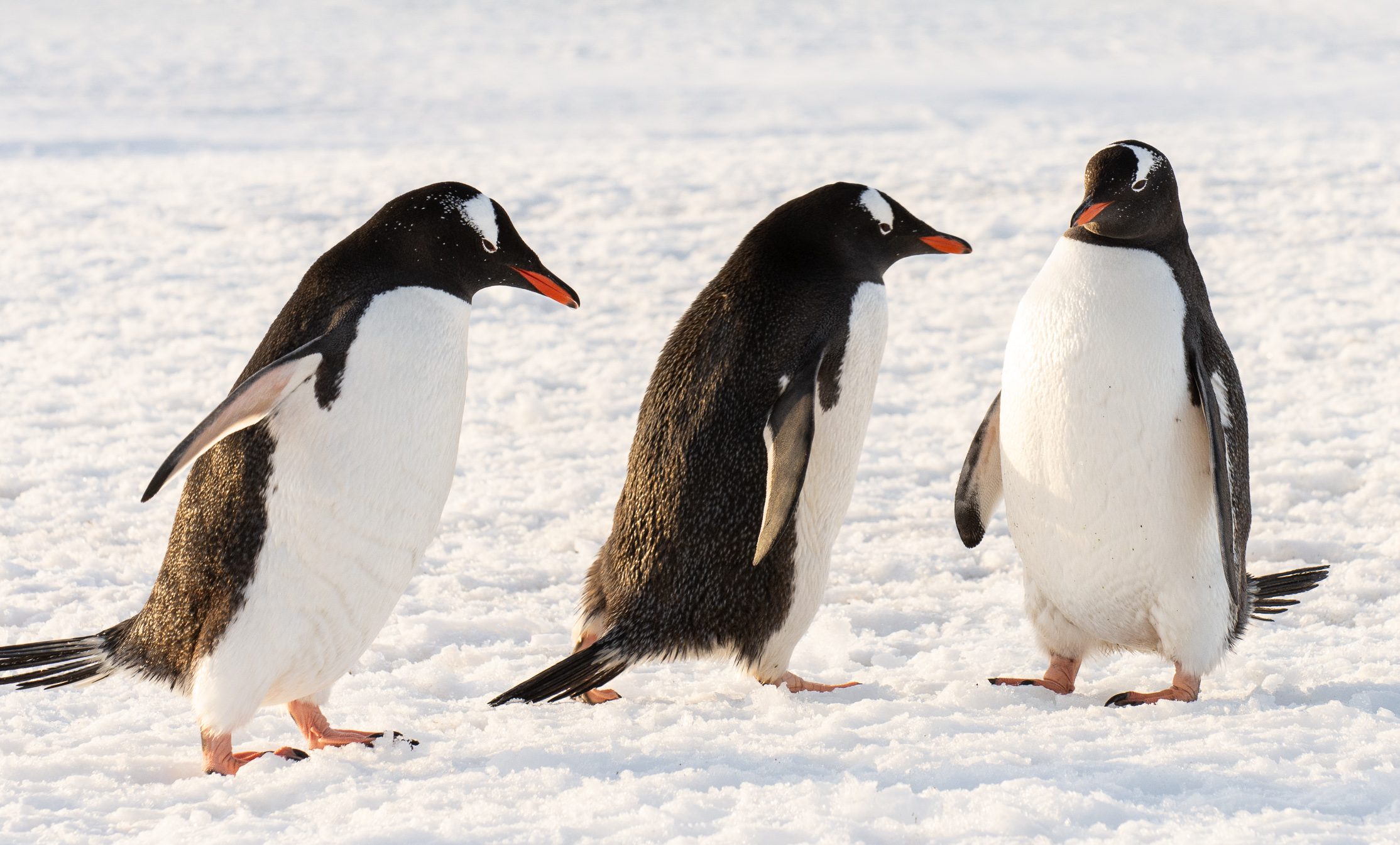 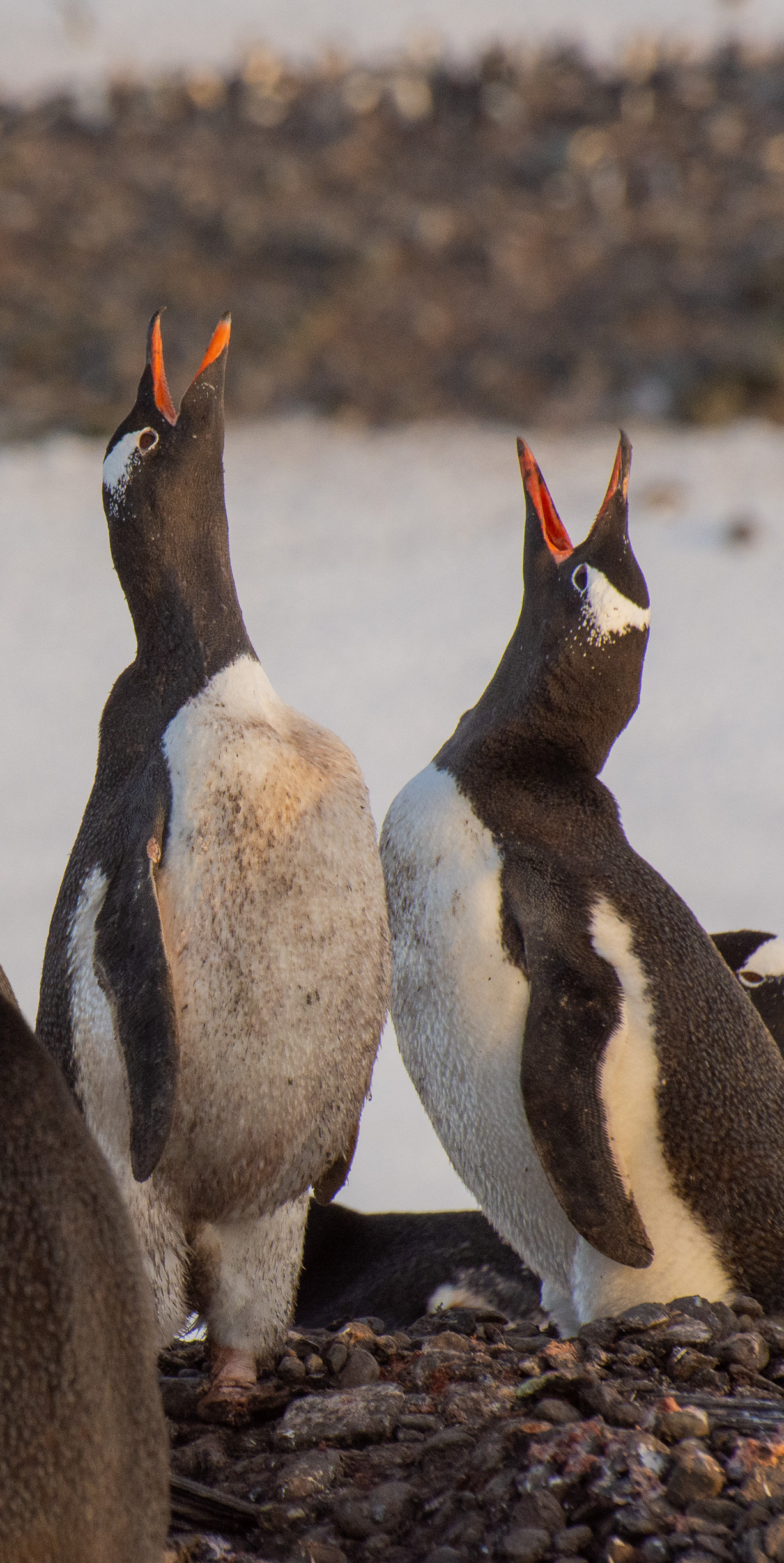 Penguins drink meltwater from pools and streams and eat snow for their hydration fix. 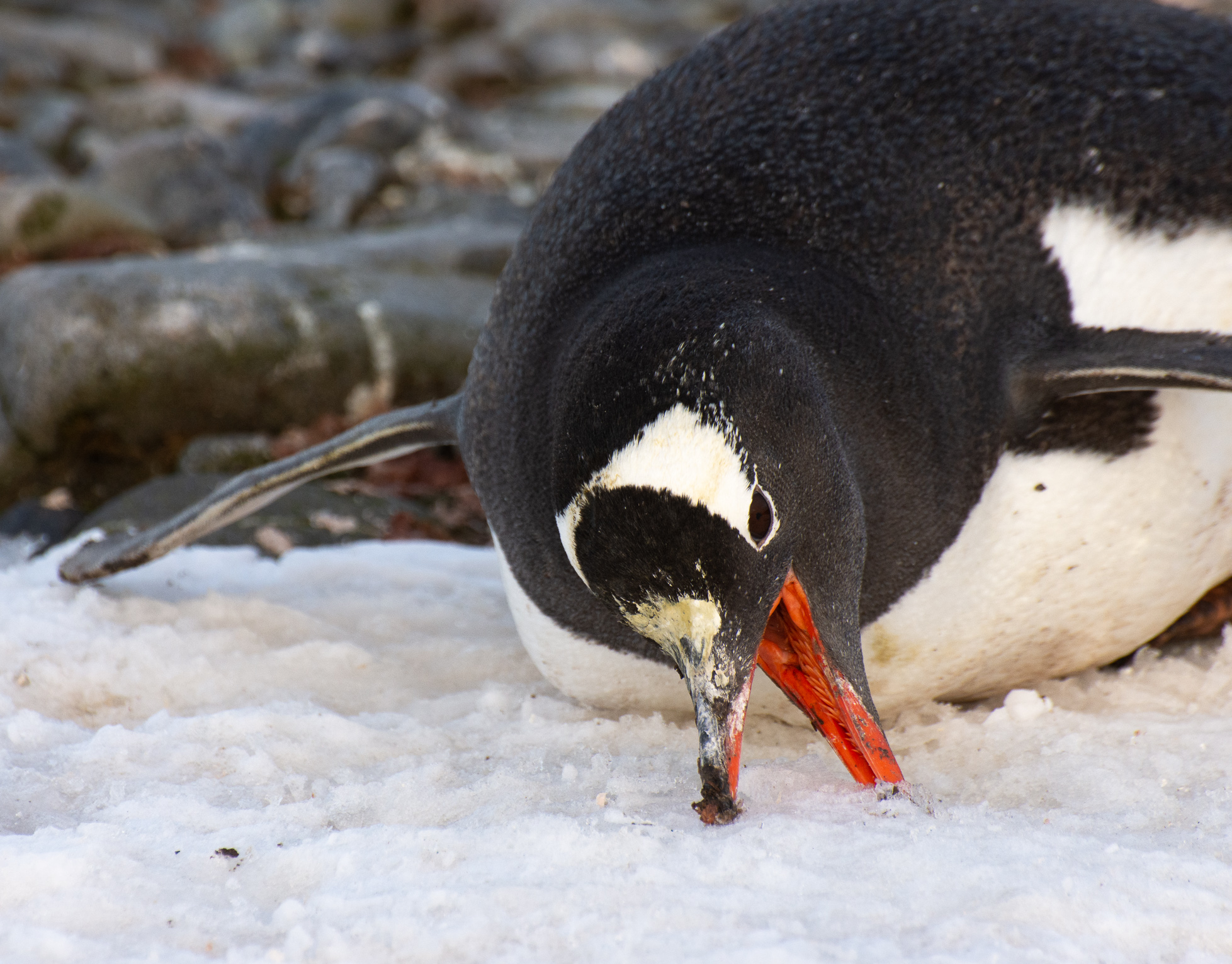 Eating so much seafood means drinking a lot of saltwater, but penguins have a way to remove it. The supraorbital gland, located just above their eye, filters salt from their bloodstream, which is then excreted through the bill – or by sneezing. 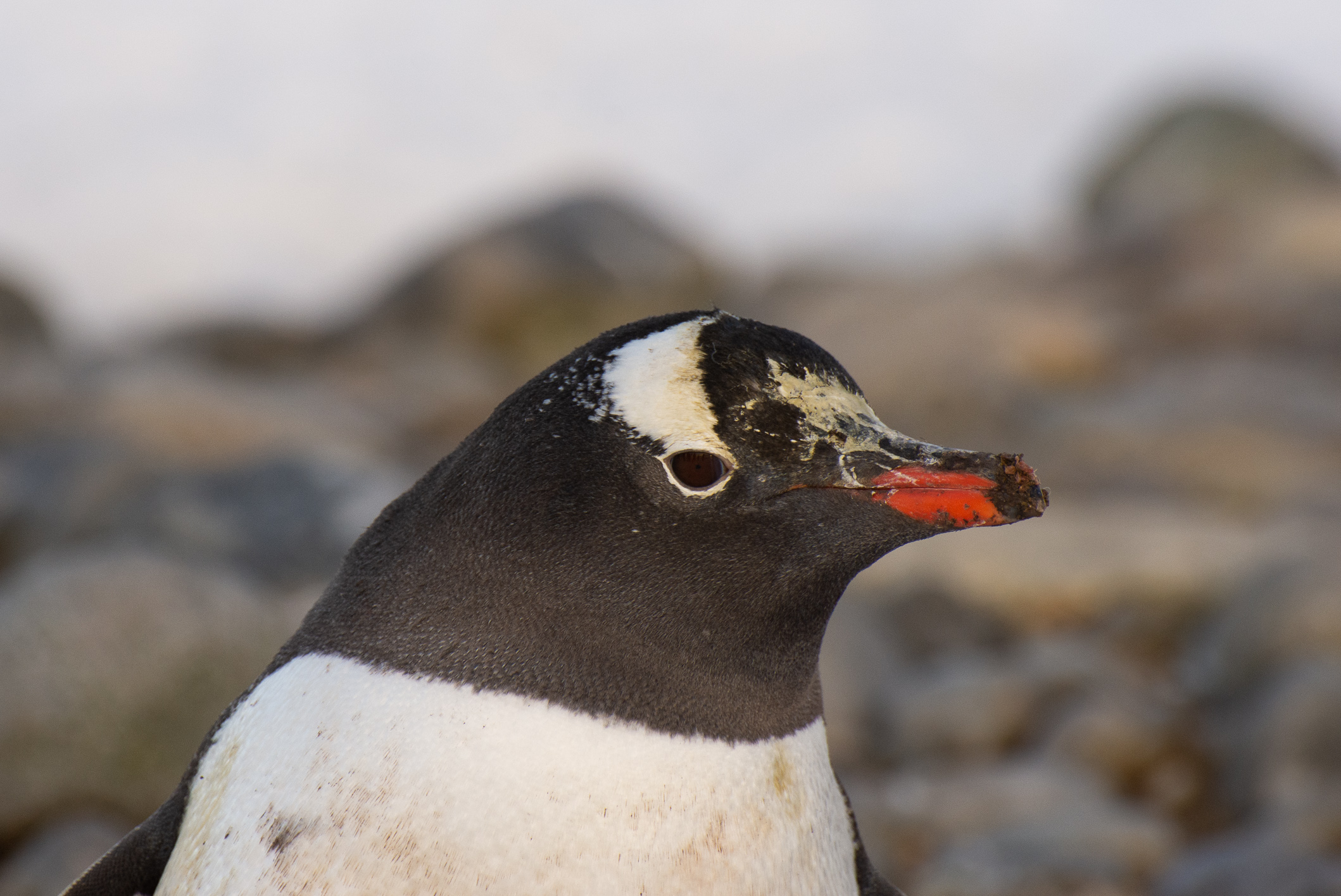 Leopard seal (Hydrurga leptonyx) eat krill, fish and penguins! They will attack crabeater seals, and are known to strike at humans that come too close. This one was too bored to move however, and stayed put whilst we kayakers launched our boats only metres away. 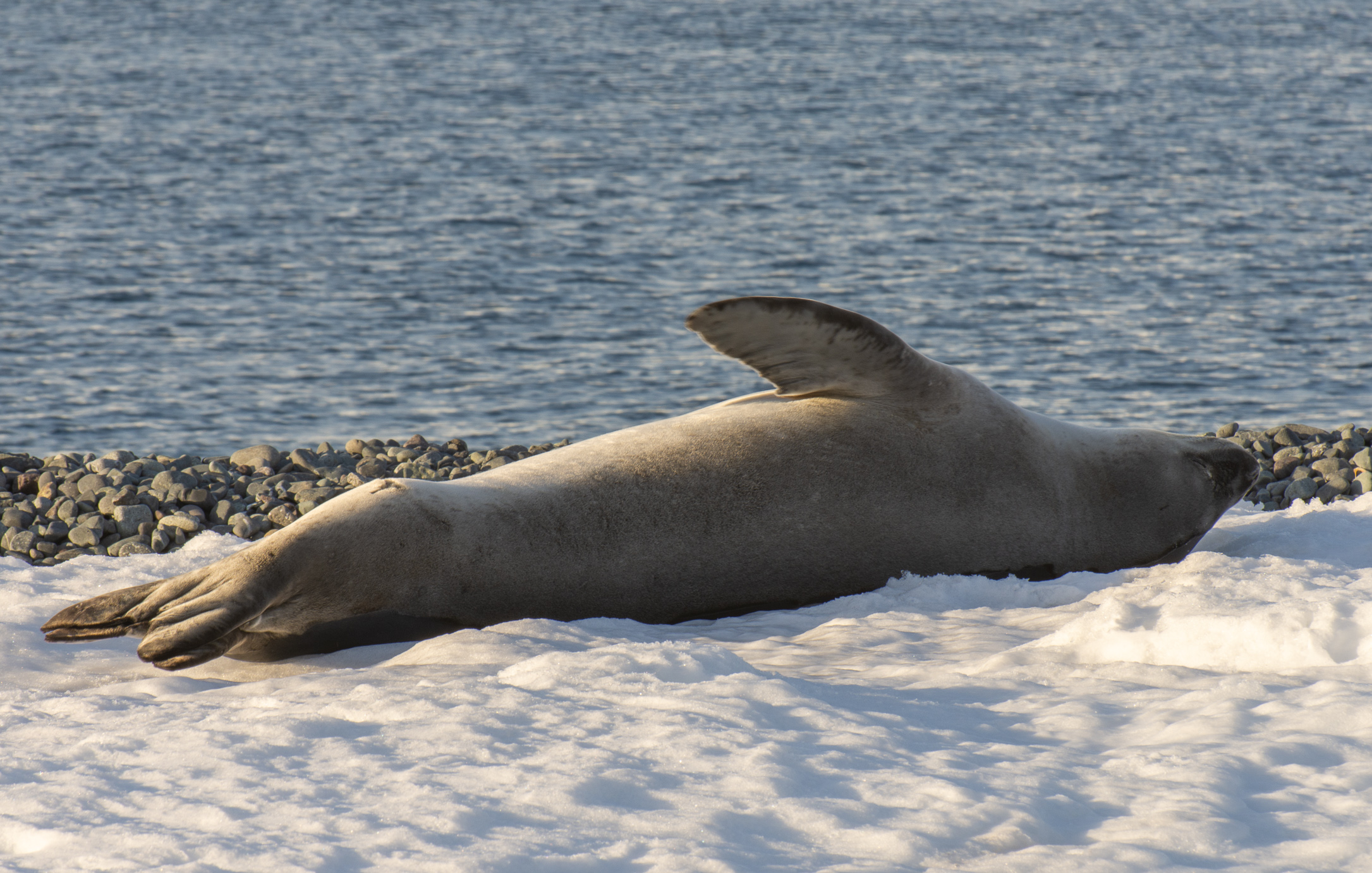 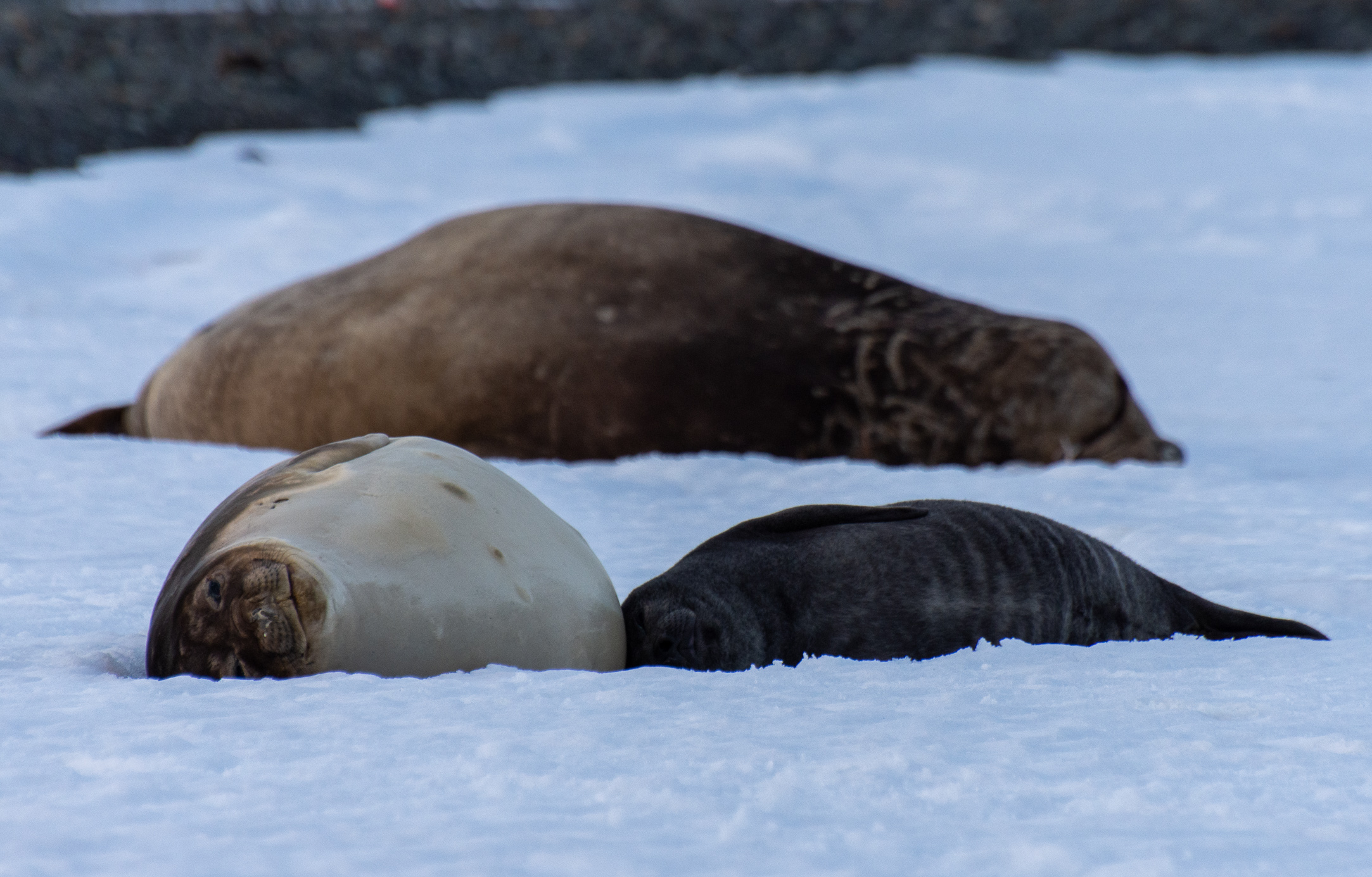 The Weddell seal (Leptonychotes weddellii) is named after British Captain James Weddell, who discovered the species on an Antarctic sealing voyage in the 1820s. 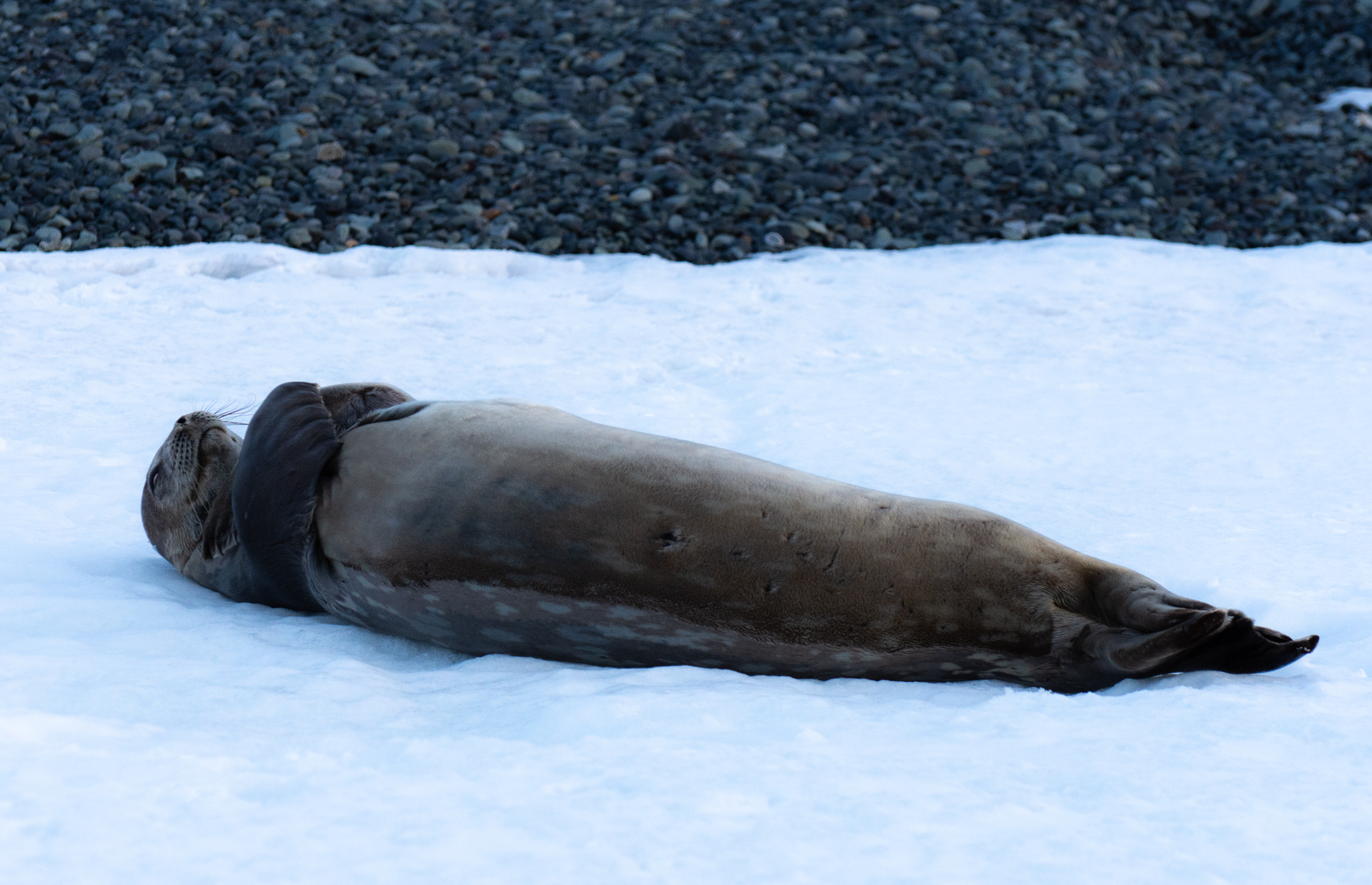 Whale vertebra – a reminder of the whalers who practised outboard flensing in the early years of Antarctic whaling (1906-1925). 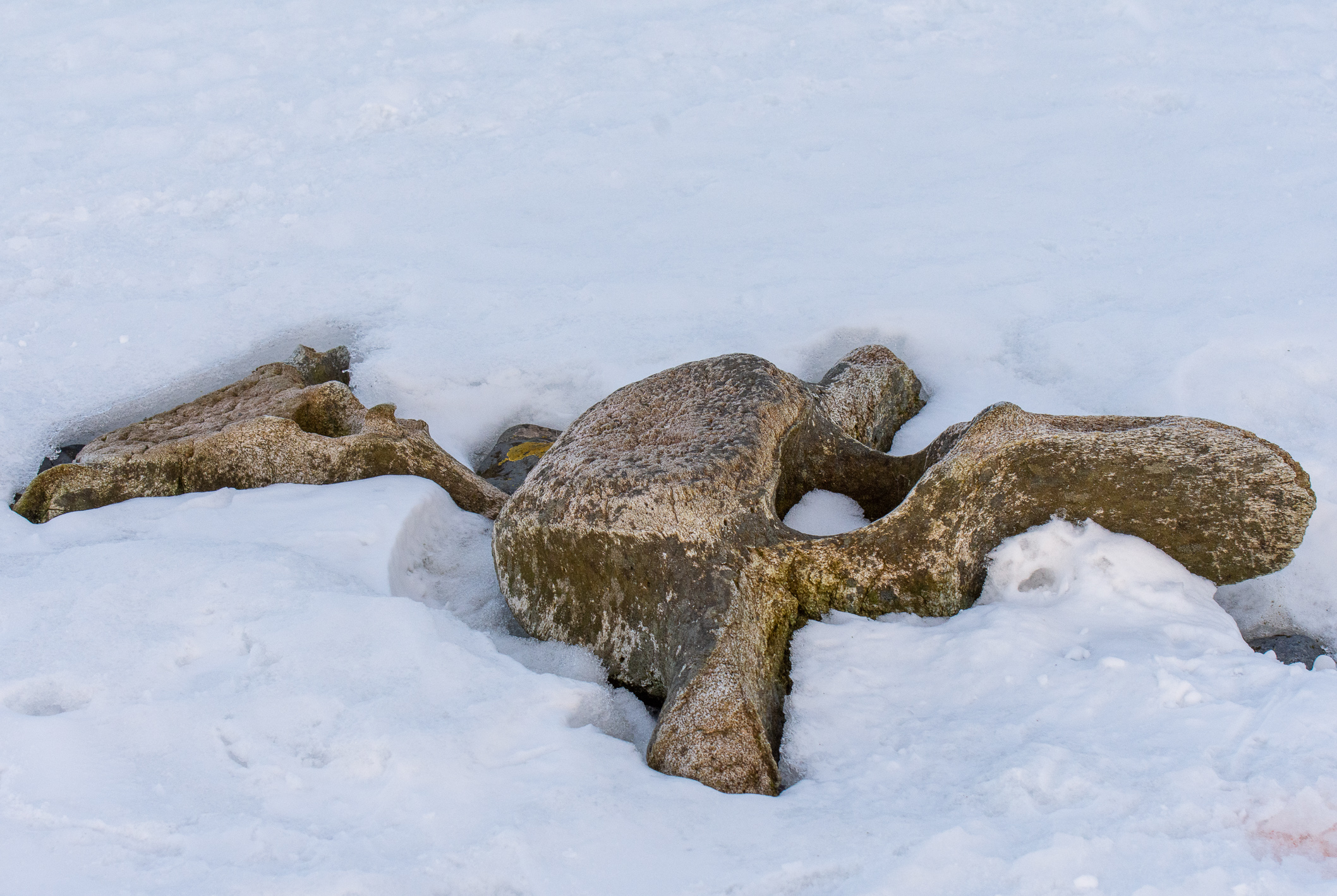 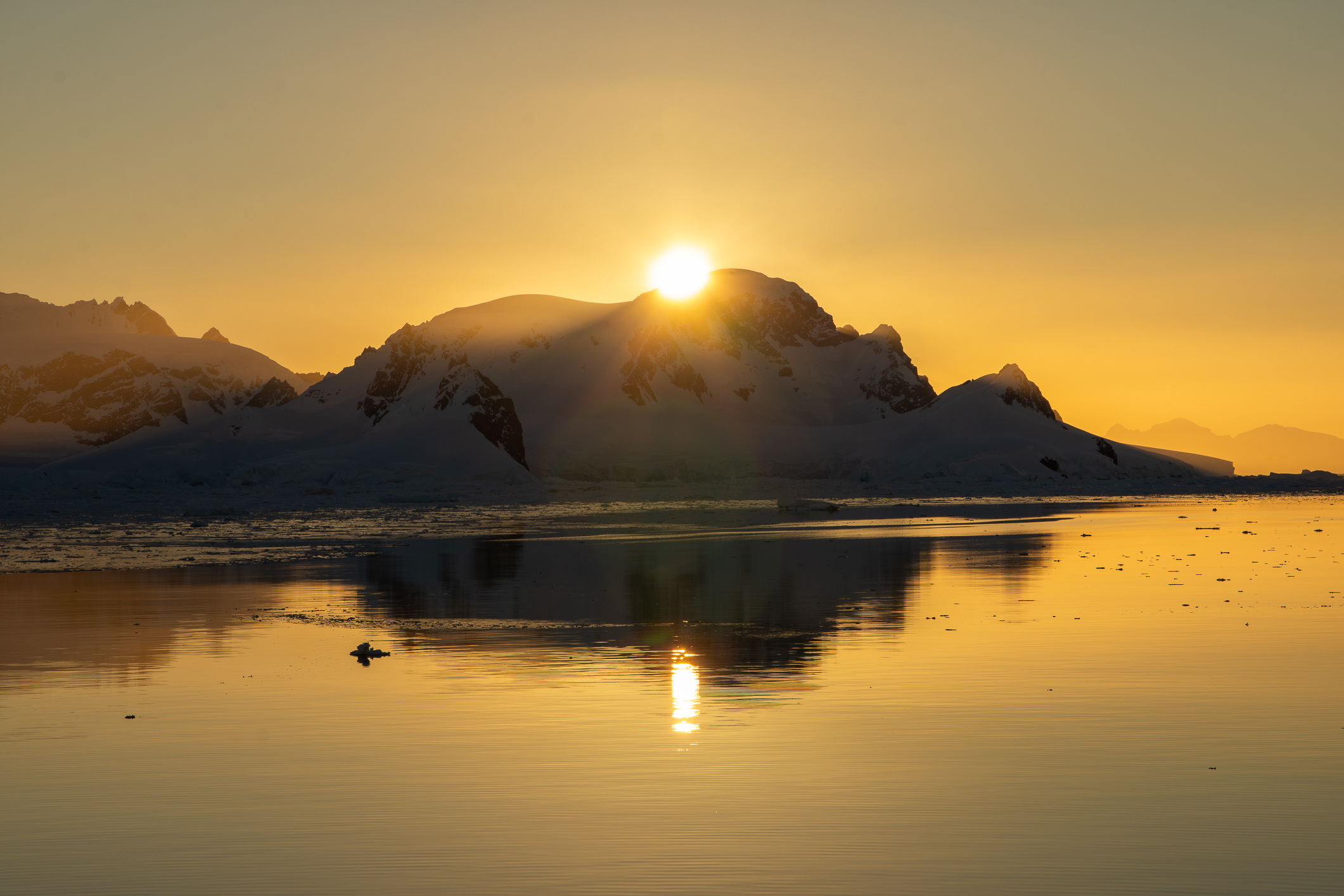 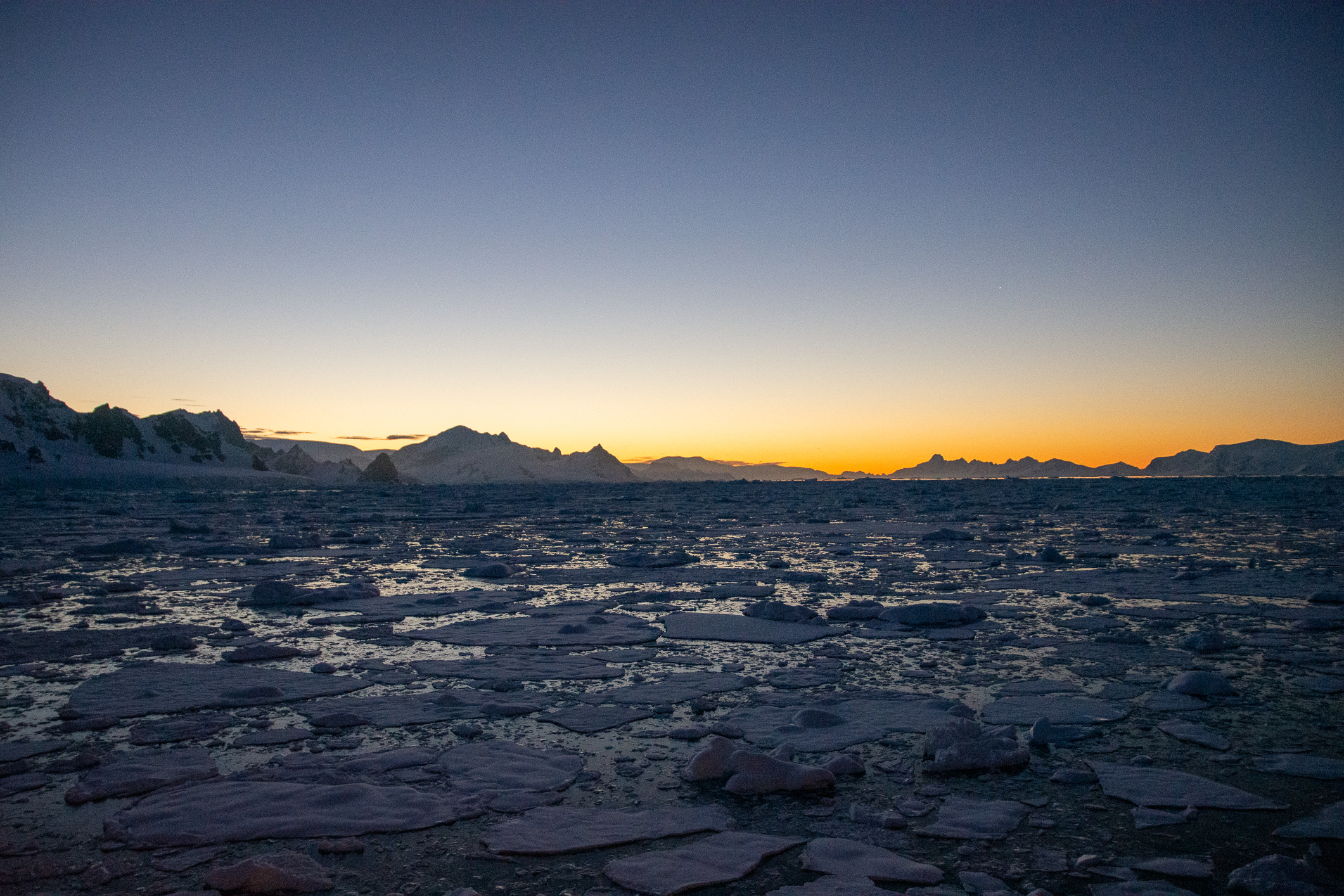 Orne Harbour was our first, and only, continental landing – but what a landing! Orne Harbour is a cove, one mile wide, indenting the west coast of Graham Land along the Danco Coast on the west side of the Antarctic Peninsula. Here we saw Chinstrap penguins (Pygoscelis antarctica). They feed mainly on krill, taken some 32 km (20 miles) offshore, at depths of 60 metres (200 feet). These birds are so fascinating that I would like to nominate them as honorary cats! 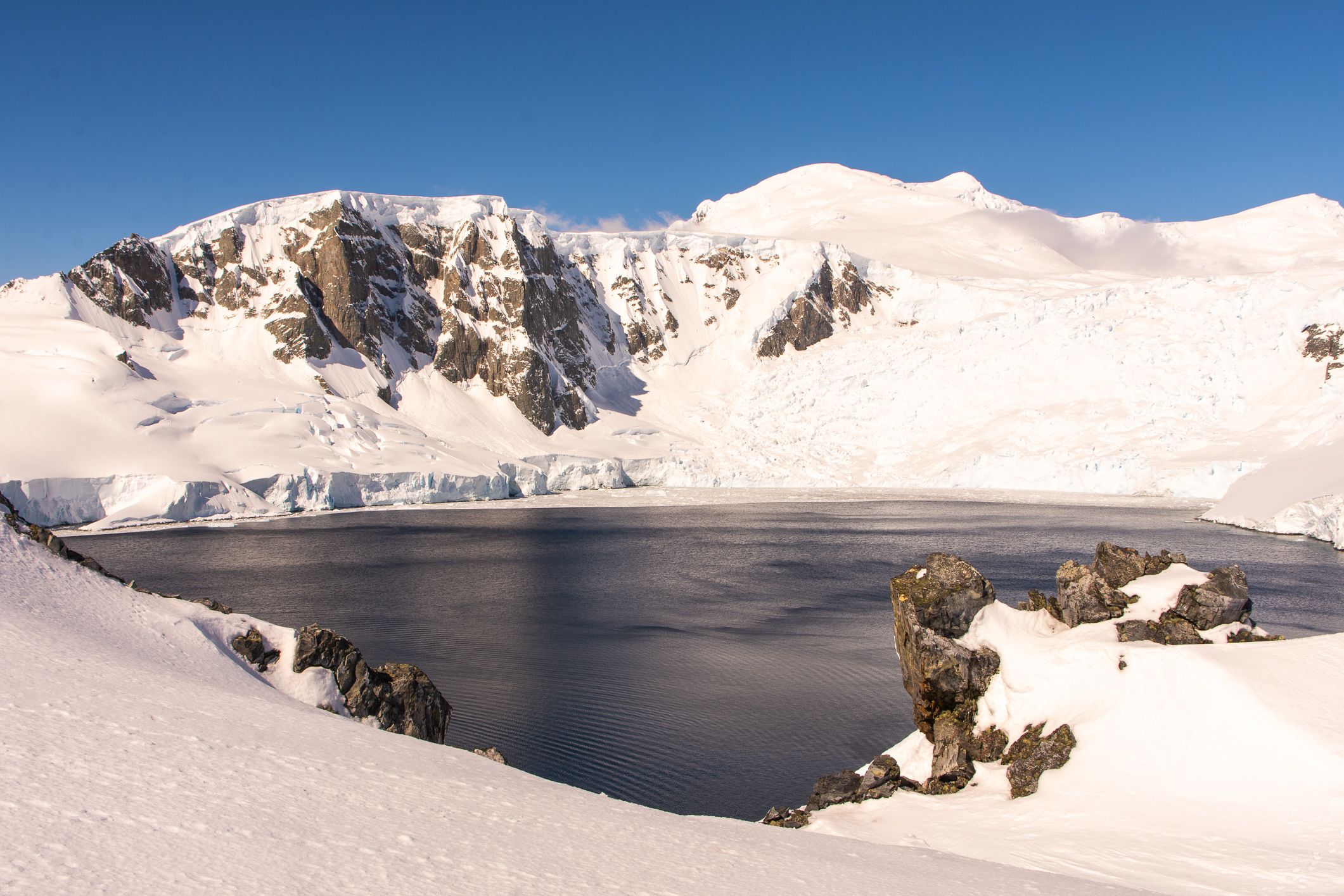 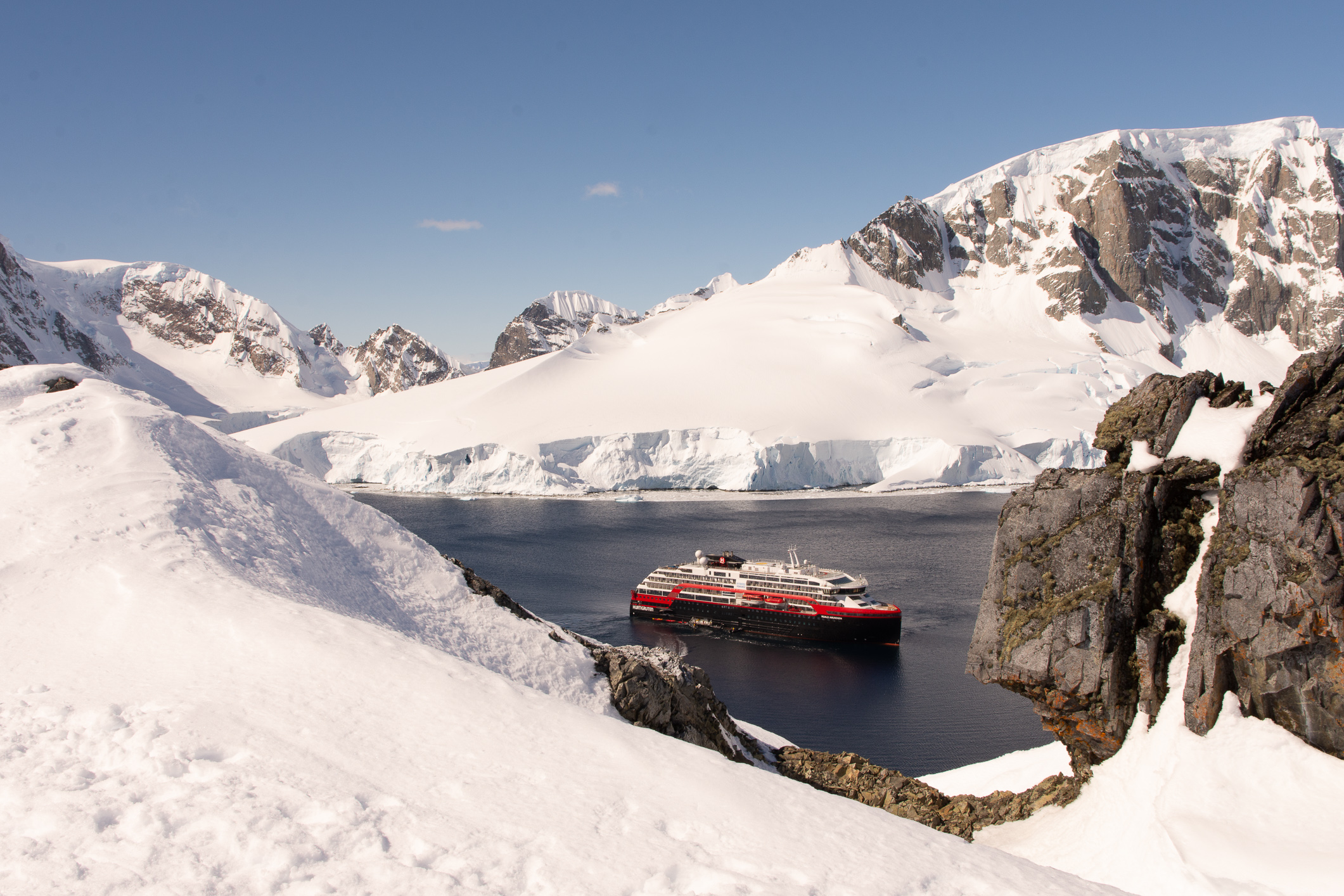