Sadly, my dining pal (like Matthew) came down with the lurgies this morning, and so we had to cancel lunch at d’Chez Eux (I believe a reader suggested that restaurant, and I was keen go to as I’d heard of it as a good bistro and also knew it had a well-respected rice pudding).

I then went for a long morning walk through my old haunts in the Sixth Arrondissement (I used to live on the Rue Jacob—in a garrett!). On the way back to my hotel, I procured a nice crispy baguette, a good thick slice of St. Nectaire cheese, an apple, and a liter of red grapefruit juice. I also stopped by a fancy bakery and bought a giant cramique for later and tomorrow morning, when I take the train to the airport at 5:30 and won’t get breakfast.

It’s nice to have these picnics, as I haven’t tasted cheese since I’ve been to Paris this visit. Still, as soon as I finished my extemporaneous lunch, my eating pal called and said she’d miraculously recovered (she’s very resilient, especially when restaurants are in the offing), and that we should go out for lunch. But, as Beethoven reportedly said when a case of Riesling was delivered to him on his deathbed, “Pity, pity, too late. . . ”

The next meal I have will be (ugh) on the United flight home. Ceiling Cat help me! I can’t even use the Star Alliance Club at Charles de Gaulle because I’d have to be flying business or first class.

Here’s a cramique from Fred’s (not the one I bought, which I didn’t photograph). Mine is about 8 inches across: a really belly-buster. 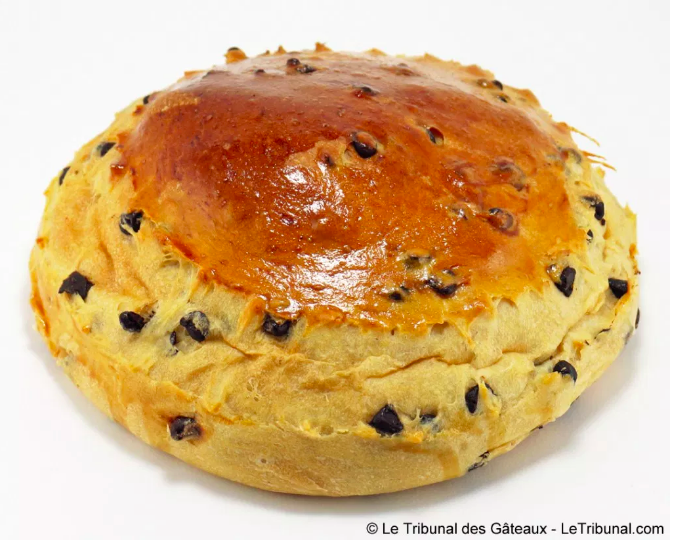 23 thoughts on “Last day in Paris: Rain and no restaurants”