It seems to me that an enlightened philosophy would allow people to be able to end their lives in a humane way if they’ve undergone proper medical and psychiatric vetting. Some form of this “assisted suicide” is already legal in Canada, Belgium, the Netherlands, Luxembourg, Colombia, Switzerland, Victoria in Australia, and and in some states of the U.S. (California, Colorado, Washington state, Oregon, and—by court order—in Montana).

I further believe—and I’ve gotten into trouble for this—that we should also allow newborns afflicted with incurable conditions—conditions from which they will suffer and die young—to be euthanized humanely. The conditions under which I think this is not only allowable, but ethical, were first laid out in this post of mine.  I was aware at the time that philosopher Peter Singer had agreed with and defended this view, but I can’t remember whether I arrived at it independently or read it in some of his writings. No matter, for it’s a view that people need to consider, and of course Singer has defended this view far more extensively and ably than I.

For his views, Singer has undergone considerable pushback, and has been not only deplatformed, but subject to calls for his resignation from Princeton (he splits his time between Princeton and the University of Melbourne). I, too, was subject to a surprising amount of publicity, nearly all negative, for my one website post about this. On her own website Heather’s Homilies, Heather Hastie defended my views, summarizing and answering some of the pushback I got (thanks, Heather!),  I also wrote about the surprising opposition to my views here and here.

The opposition, of course, comes largely from believers, who see euthanasia of any sort as “playing God.” I swear that some of these people are Mother-Teresa-like in preferring horrible suffering to a merciful end. After all, Jesus suffered! (That was Mother Teresa’s excuse.)

But others object because they see the euthanasia argument as a slippery slope, leading to scenarios in which we can do away with Grandma in the nursing home simply by signing a paper. It doesn’t work like that, of course, as the states and countries who allow adult euthanasia have strict regulations. And euthanizing newborns with horrible and fatal conditions, like anencephaly, is even more unacceptable. Even though such infants are doomed, there’s something about them having been born that makes the prospect of euthanasia especially appalling to people. Of course I agree that strict procedures, including the agreement of doctors and parents, are essential here, but since these infants will die I see no credible objection to letting them have a peaceful death.

Against the strong negative publicity and many emails I got saying I’m a latter-day Satan (I also got emails from some handicapped people accusing me of wanting to deprive them of life), I received several letters from nurses and doctors who, having seen infants suffer and die, agreed with me. But these people, understandably, don’t want their views made public. I stand by what I said, and Singer stands by what he said. The man is clearly no monster, as his books and papers on ethics are extremely humane. And he walks the walk, giving away lots of his own income to the poor. (I should add that Singer is a recipient of the honor of Companion of the Order of Australia, that country’s highest civilian honor.)

Singer has been deplatformed for his views on infant euthanasia (see here, for instance). And, according to the Newshub article below (click on screenshot, and see a similar piece in Think, Inc.), now a country that’s supposed to be extremely liberal and enlightened, New Zealand, has deplatformed him as well. Singer had a contract to speak at SkyCity in Auckland in June, but the venue canceled his contract.  And this was also due to his views on euthanasia.

Although Think, Inc. says that the Auckand incident shows that Singer “has been de-platformed for the first time in his 50-year career”, that’s not really true. Singer was disinvited from a philosophy meeting in Germany and also effectively deplatformed at the University of Victoria in British Columbia when shouting students made his talk inaudible. Those disruptions were also for his views on euthanasia of newborns, although Singer’s talk in Canada was about effective altruism, not euthanasia.

A quote from the piece above:

Singer, a philosopher who has been recognised both as the Australian Humanist of the Year and the most dangerous person in the world, was scheduled to appear at the Auckland central venue on June 14 for ‘An Evening with Peter Singer’.

However, the figure now says the event had been cancelled by SkyCity after a “news article attacking” his view that it may be ethical for parents to choose euthanasia for severely disabled newborn infants.

“We decided that yes it was a reasonable decision for parents and doctors to make that it was better that infants with this condition should not live,” he has said.

On Saturday, Newshub reported that the New Zealand disabled community was frustrated by his appearance. Dr Huhana Hickey, who has used a wheelchair since 1996 and was diagnosed with multiple sclerosis in 2010, said he wasn’t an expert in disability.

Even Singer says it was the first time he was deplatformed, which mystifies me. But never mind. His contract was canceled because of a “free speech but. . ” argument (my emphasis below):

A statement from Singer on Wednesday said that this was the first time he had been “de-platformed” in his 50-year career.

“It’s extraordinary that Skycity should cancel my speaking engagement on the basis of a newspaper article without contacting either me or the organiser of my speaking tour to check the facts on which it appears to be basing the cancellation,” Singer said.

“I have been welcomed as a speaker in New Zealand on many occasions and spent an enjoyable month as an Erskine Fellow at the University of Canterbury more than 20 years ago. If New Zealand has become less tolerant of controversial views since then, that’s a matter for deep regret.”

A SkyCity spokesperson told Newshub: “Following concerns raised by the public and local media, SkyCity has cancelled the venue hire agreement for ‘An Evening with Peter Singer’.

“Whilst SkyCity supports the right of free speech, some of the themes promoted by this speaker do not reflect our values of diversity and inclusivity.”

Is it “inclusive” to allow children born with only part of a brain, or a brain outside the skull—children doomed to die within days or weeks—to suffer before their deaths? For that is what this is all about. In fact, in September Kiwi citizens will have a referendum on the legalization of voluntary euthanasia for adults with less than six months to live.  At a time when they’re debating this, it is not only proper but essential to discuss the euthanasia of doomed newborns, who suffer but cannot give consent. As Wikipedia notes, “A poll in July 2019 found that 72% of the [New Zealand] public supported some kind of assisted dying for the terminally ill. Support over the past 20 years has averaged around 68%.” Why must the “terminally ill” include only adults?

In such a climate, it’s unconscionable to deplatform somebody for his views, especially when it’s not even clear that his “evening with Peter Singer” was going to touch on this subject. As the report notes above, nobody checked with Singer before canceling his contect.

Promoters of the talk are looking for a new venue, and I’ll report back if they find one.

Finally, here’s cartoon from Heather’s post, underscoring the futility of religion when it comes to helping the afflicted: 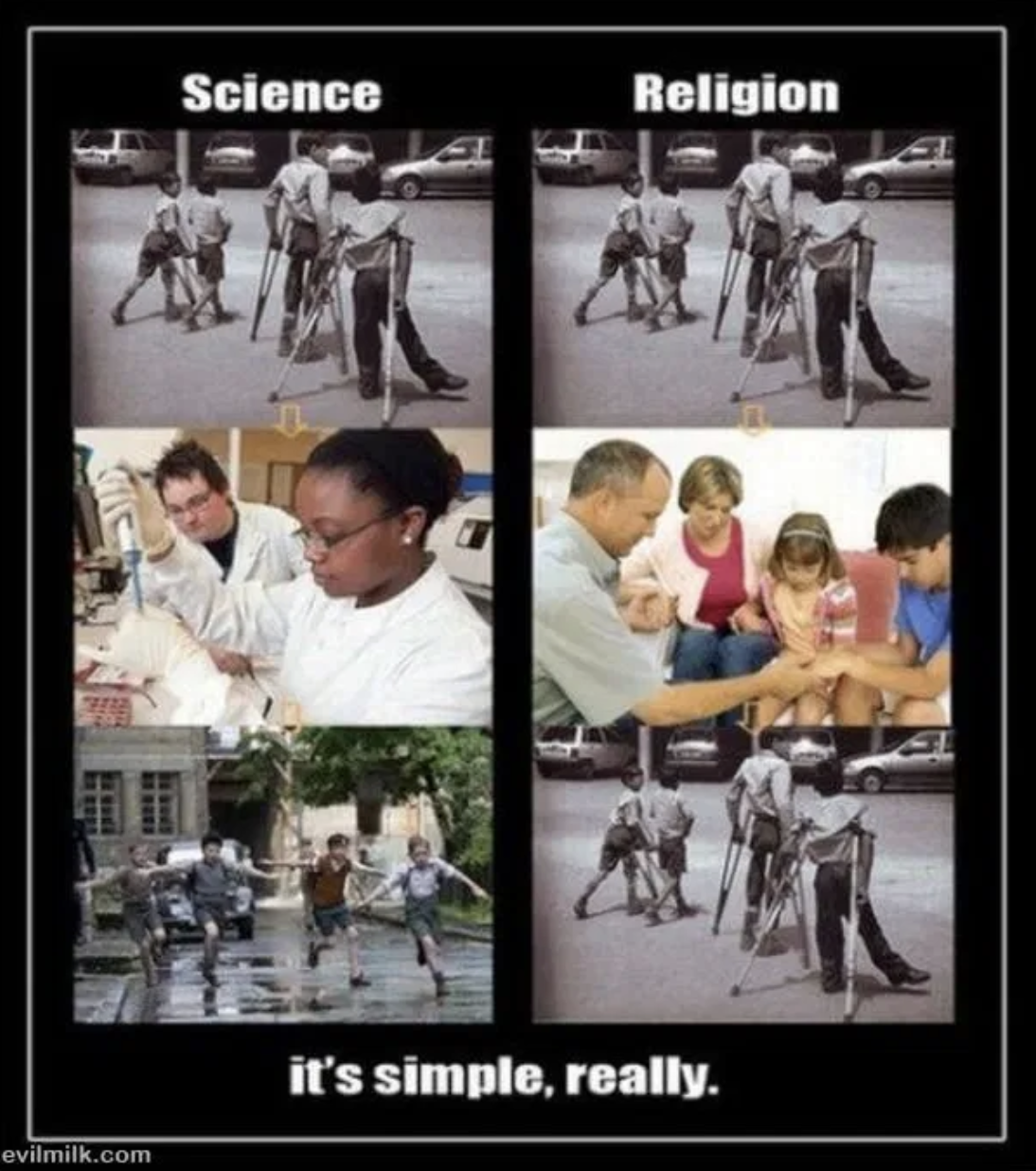