This article, appearing two weeks ago at Academe Blog, an organ of the respectable American Association of University Professors, could only have been written by a professor with tenure. And so it was, by Dane Kennedy, identified as “the Elmer Louis Kayser Professor of History and International Affairs at George Washington University.”

Tenure is required to write such a piece is because it is a sharp (and well deserved) critique of what a very good university, George Washington University (GWU) is doing to its faculty, staff, and overall campus climate. The bad officials at that school have decided to let Walt Disney corporate values run GWU. Click on the screenshot to read the short and horrifying article:

The George Washington University faculty and staff ain’t got no culture. Or worse, we’ve got a negative culture. This was the verdict of the Disney Institute, which the president of our university commissioned last year to assess the culture on our campus. Fortunately, the institute, which is the “professional development and external training arm of The Walt Disney Company,” has a remediation plan. It has designed workshops to teach us the cultural “values” and “service priorities” we evidently require.

. . . Our president is rumored to have forked over three to four million dollars to the Disney Institute to improve our culture (he refuses to reveal the cost). A select group of faculty and staff, those identified as opinion leaders, are being offered all-expenses paid trips to the Walt Disney World Resort in Orlando “to gain first-hand insight into Disney’s approach to culture.” For everyone else, the university is conducting culture training workshops that run up to two hours. All staff and managers are required to attend. Faculty are strongly “encouraged” to participate, and some contract faculty, who have little job security, evidently have been compelled to do so.

I attended one of these workshops. It was a surreal experience. About a hundred mostly sullen university employees—maintenance workers, administrative staff, faculty members, and more—filled a ballroom. Two workshop leaders strained to gin up the crowd’s enthusiasm with various exhortations and exercises, supplemented by several slickly produced videos. The result was a cross between a pep rally and an indoctrination camp.

We were introduced at the beginning of the workshop to the university’s brand new slogan: “Only at GW, we change the world, one life at a time.” Hold on. We change the world only at GW? And we achieve this absurd ambition how? The answer, it turns out, is pretty vacuous—by being nice. “Care,” we were told, is one of our three “Service Priorities.” We were given “Service Priorities” table-tent cards, conveniently sized for our pocketbooks and billfolds so we can whip them out whenever we needed to remind ourselves how we change the world. These cards offer a series of declarative statements—pabulum, some might say—about our “care” priorities. Here’s a sample: “I support a caring environment by greeting, welcoming, and thanking others.” To help us care for others, the university has established a “positive vibes submission” website, where we “can send a positive vibe to someone.” It was hard to detect many positive vibes in the workshop itself.

In response to the slogan, “Only at GW, we change the world, one life at a time” (a mantra cribbed from an old Jewish saying), my only response is “WTF??” Did they have Play-Doh, puppies, and balloons at this workshop?  It goes on, but you can read the rest for yourself. The peroration, which is good:

Lastly, we were introduced to “Our GW Values”—“ours” only in the sense that they were being imposed on us. One might think that our president would be interested in promoting and honoring the values that are specific to our mission as a university, such as innovative research, teaching excellence, critical inquiry, and new ideas. Think again. As crafted by the Disney Institute and its administrative acolytes, “Our GW Values” are “integrity,” “collaboration,” “courage,” “respect,” “excellence,” “diversity,” and “openness.” All worthy values, to be sure, but is it possible to offer a more generic and innocuous set of standards?

The GW culture initiative can be summed up in two words: Mickey Mouse. 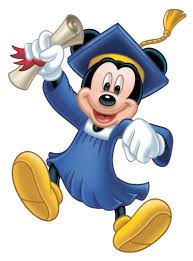 And if you want verification, here’s a 2019 article about this nonsense in the student newspaper, the GW Hatchet (click on screenshot): 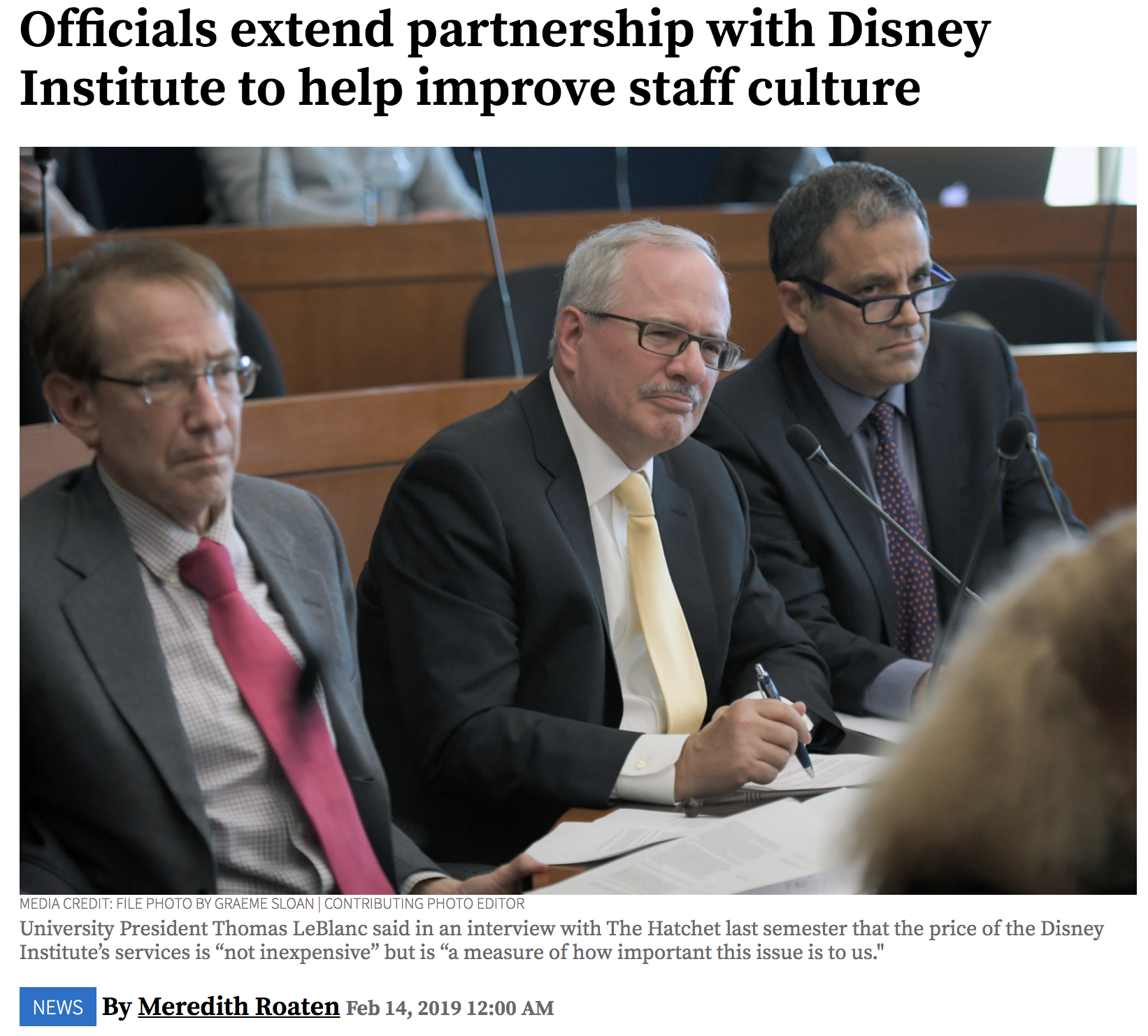