Our tank is running low, though I have a reserve from just a few photographers. Please send in your good wildlife photos lest I be forced to deep-six this feature. Thanks!

Today we have four photos from reader Garry VanGelderen from Ontario, whose captions are indented.

Here is an American Red squirrel (also known as Hudson’s Bay squirrel) Tamiasciurus hudsonicus, nibbling away at a piece of crisp bacon. I have on occasion observed both grey and black squirrels eating scraps of meat that I put out for the foxes to find, but this is the first time I have witnessed one of these to eat bacon and was happy to get a picture.

JAC: That is clearly not a Jewish squirrel. 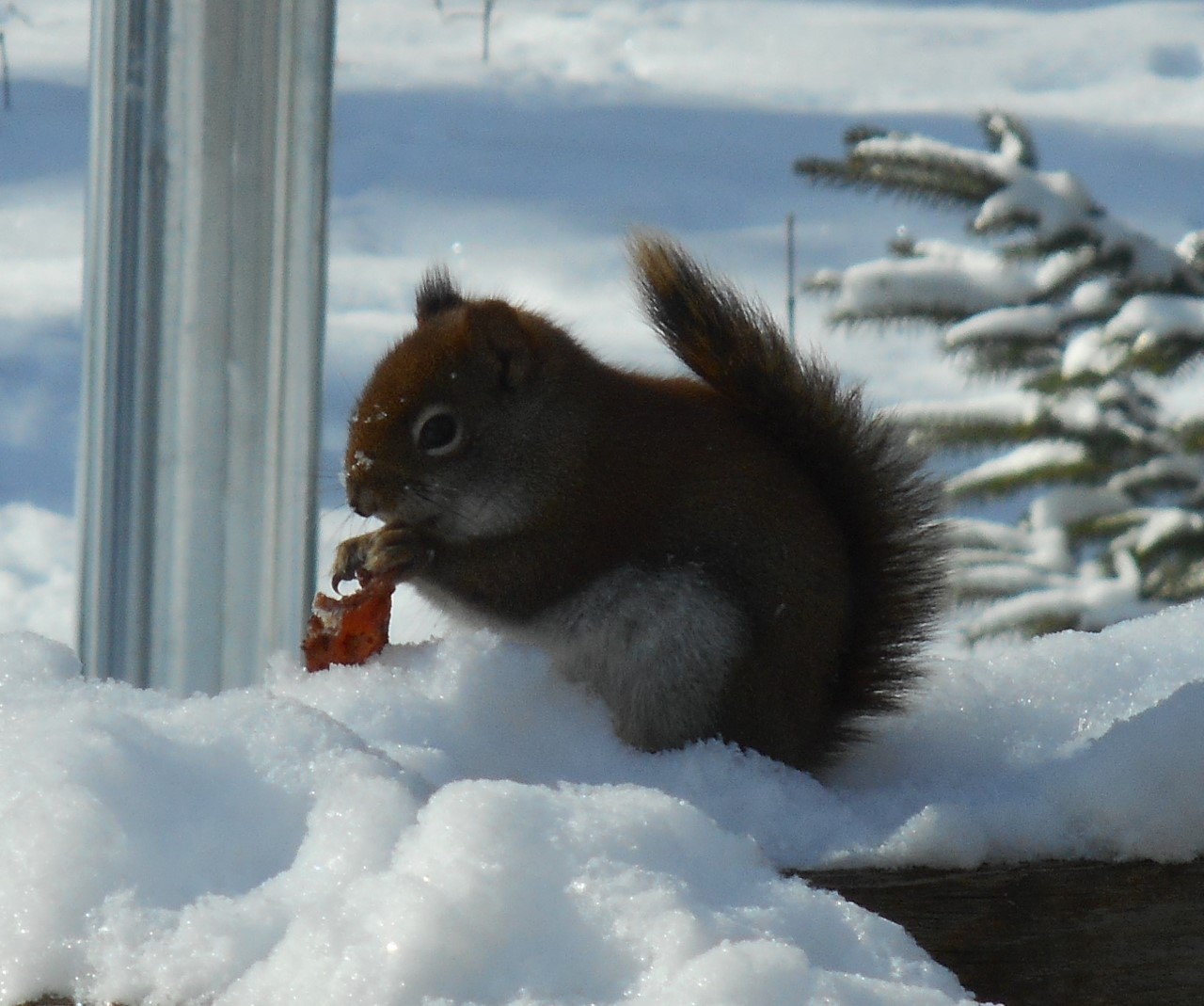 A nice shot of a female pileated woodpecker (Dryocopus pileatus) on one of my feeders. 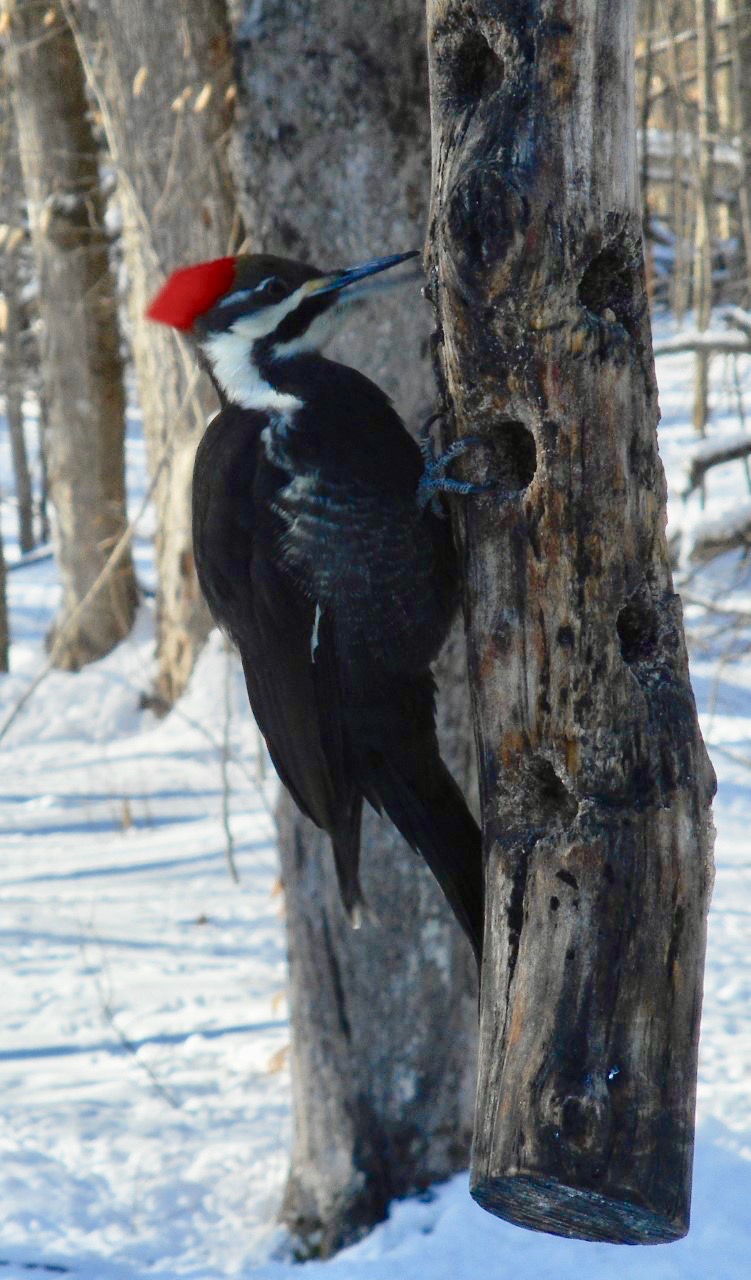 Pictures taken in my back yard over the last week.

This picture is of an Eastern grey squirrel (Scirius carolinensis) who is blind in the right eye. You can see the whitish/blue patch in the eye. I have been feeding her peanuts for many years now. She comes on the deck and taps on the glass of the door to get my attention and beg for some nuts. She used to take the peanuts directly from the hand of my late wife but will not do the same with me. I know she is female because a few years ago she had babies and you could clearly see the swollen milk glands on her tummy. 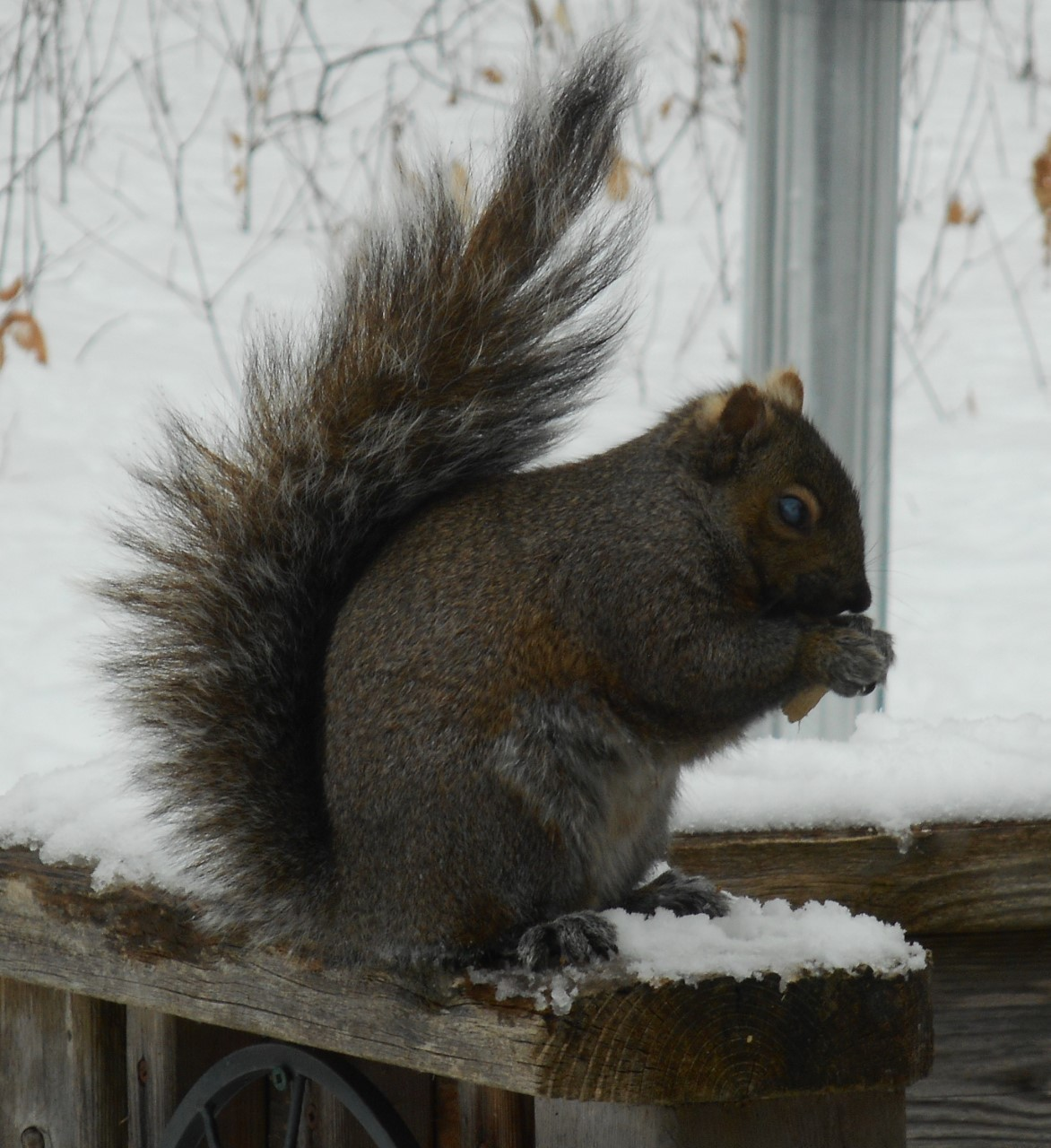 Here’s a red fox (Vulpes vulpes) that comes around every few days or so. He will chase the squirrels that gather underneath my bird-feeders and catch one every once in a while. I also put out some left-over meat for him from time to time. 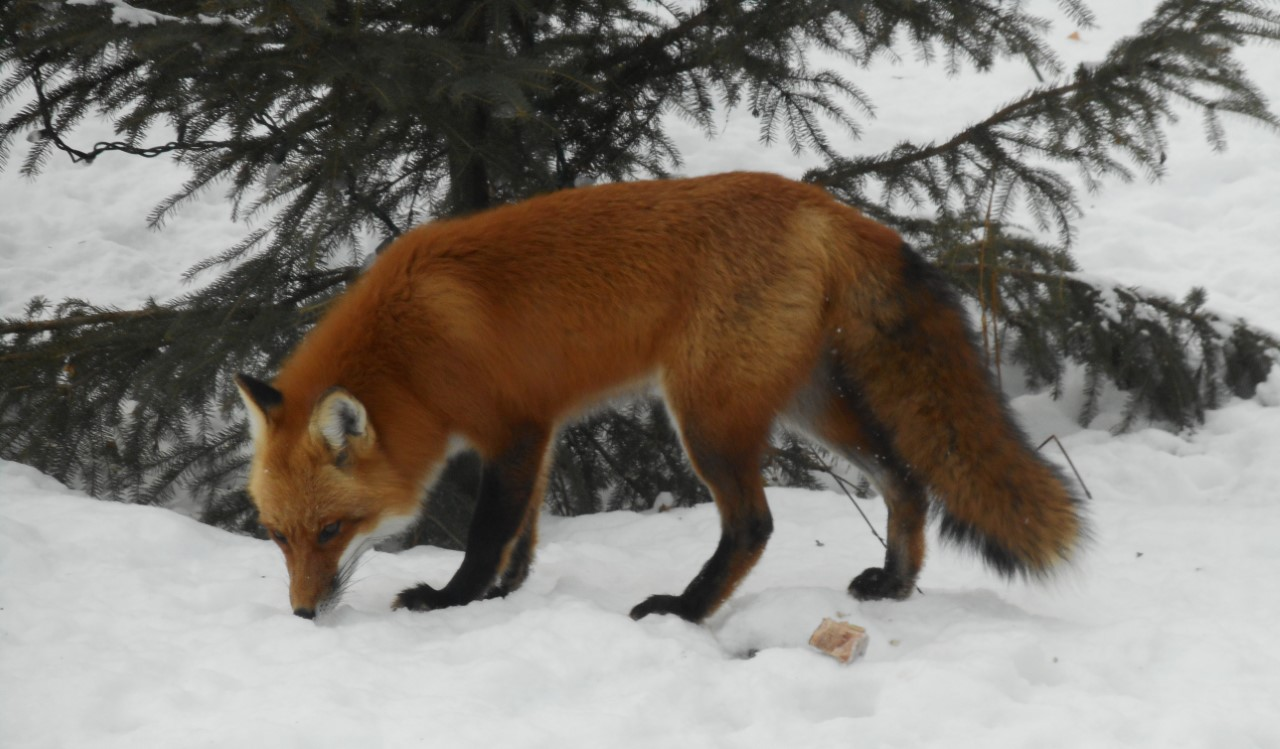