It’s Saturday, February 8, 2020, and “National Potato Lover’s Day”. Because of the apostrophe placement, I have to ask this: “Who is the one potato lover being celebrated today?”

It’s also National Molasses Bar Day, a confection I haven’t tried, National Boy Scouts Day, commemorating the day of that group’s American founding in 1910, Opera Day, and, importantly, Propose Day (the second day of “Valentine Week”, which I didn’t know existed), a day when you’re supposed to pop the question to your significant other.

Stuff that happened on February 8 includes:

William & Mary, my undergraduate alma mater, is also the only college in the U.S. with a royal seal. I have that on my ring, which I’ve worn every day since 1971: 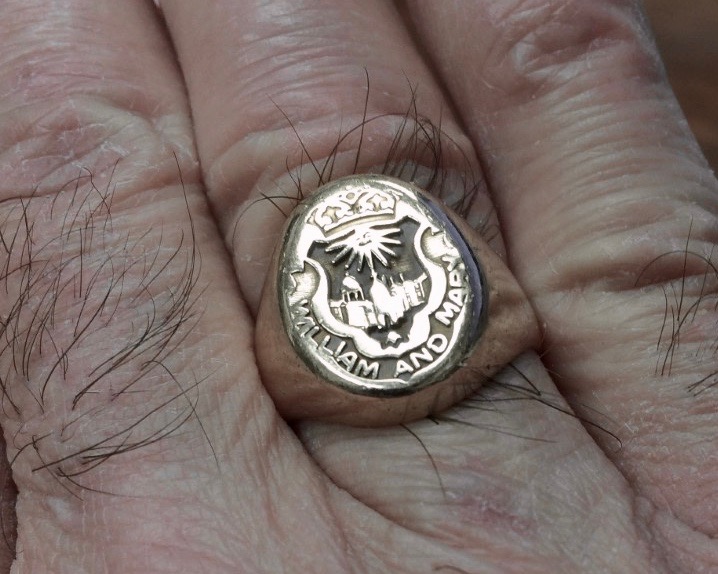 This is a horrible way to execute somebody, and though I’m opposed to capital punishment, if you must do it they should use lethal injections (sadly, they can’t get the right drugs these days).

This also outlawed the purchase of Cuban cigars by Americans, a ban that holds to this day. Since President Kennedy was a fan of a good Havana, he had Pierre Salinger, his press secretary, go out and buy him 1200 Petit Upmanns right before he signed the decree in 1962 making their purchase illegal. The story is here. 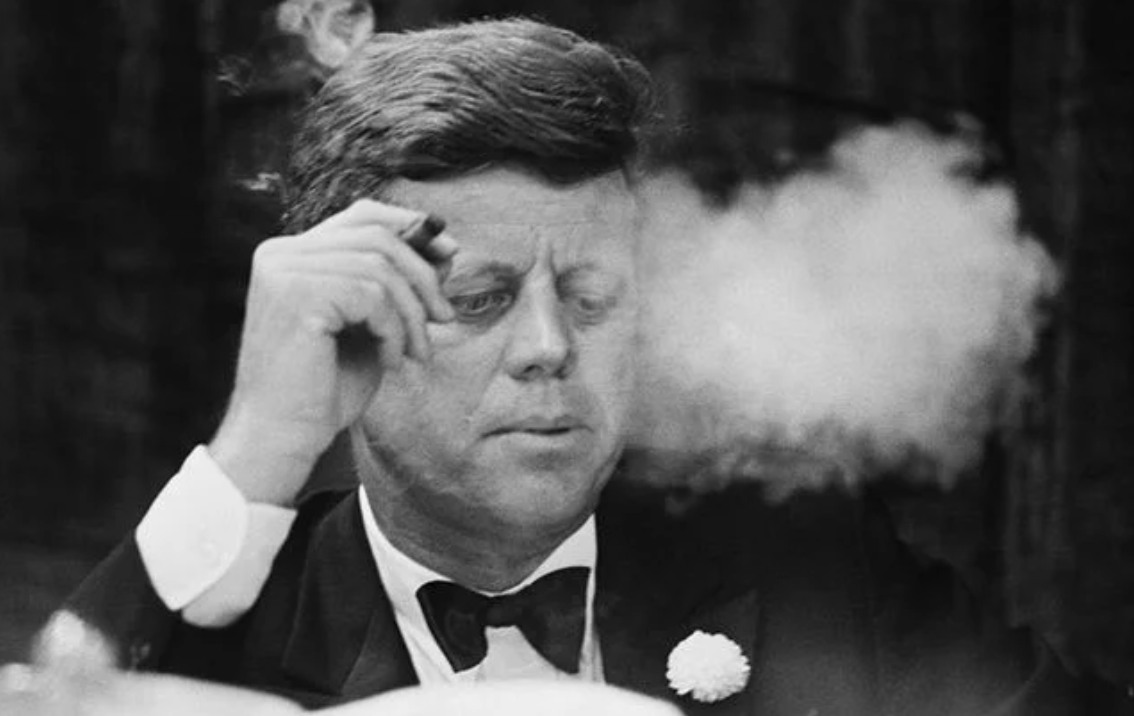 Cassady, second from left. Do you recognize the others?

Matthew sent this birthday tweet; it’s a day late, but listen to that woman play the mandolin! More about Donna and Roni Stoneman here, and about the Stoneman family here (Pop Stoneman had 23 kids).

Happy 86th birthday to Donna Stoneman. Here she is with the Stoneman Family in 1967 playing mandolin on “Cripple Creek,” accompanied by her sister Roni and brothers Jimmy and Van. pic.twitter.com/H8v4Ei9S5R

Those who became corpses on February 8 include:

Meanwhile in Dobrzyn, Hili is sick of winter—and quite chubby! As for the “no winter”, Malgorzata explains:

Normally, winter in Poland lasts from December to February. Neither in December nor in January was there was any winter (no snow, temperatures were above freezing). Hili is asking whether February will be winter-free as well.

Hili: Do you think that there will be no winter this month either?
A: I’m afraid not. 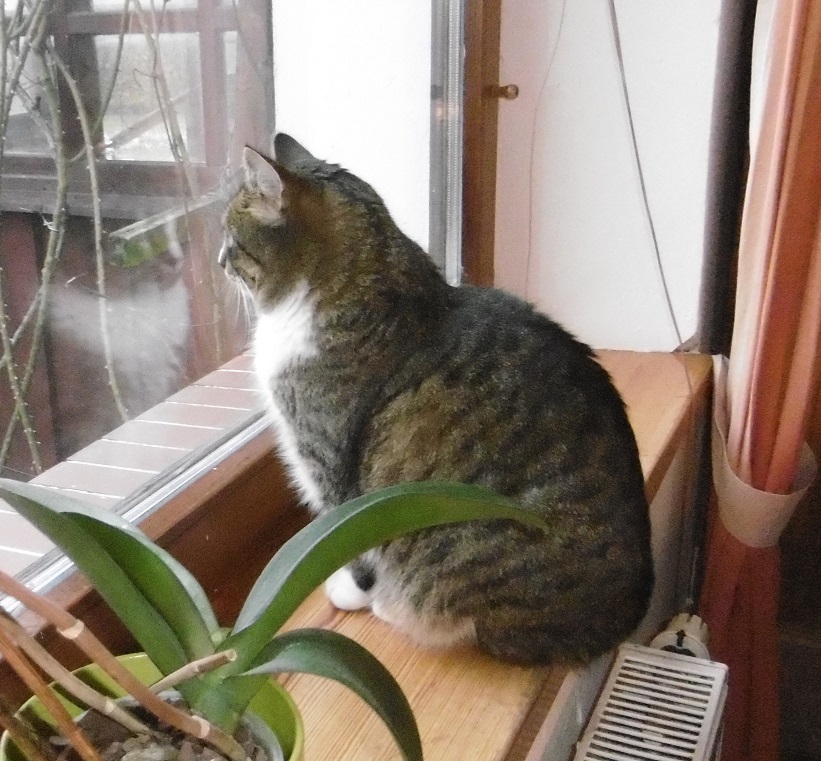 And in nearly Wloclawek, Mietek the Kitten, now fully healed, is growing up and doing monologues. Isn’t he cute?

Mietek: I’m trying to incorporate myself into this still life. 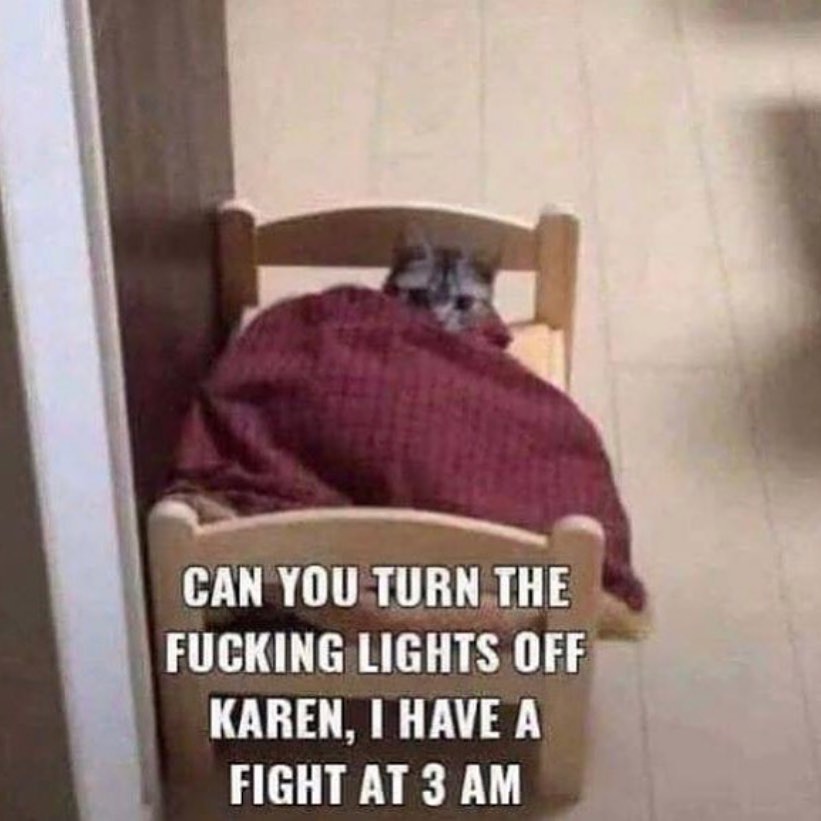 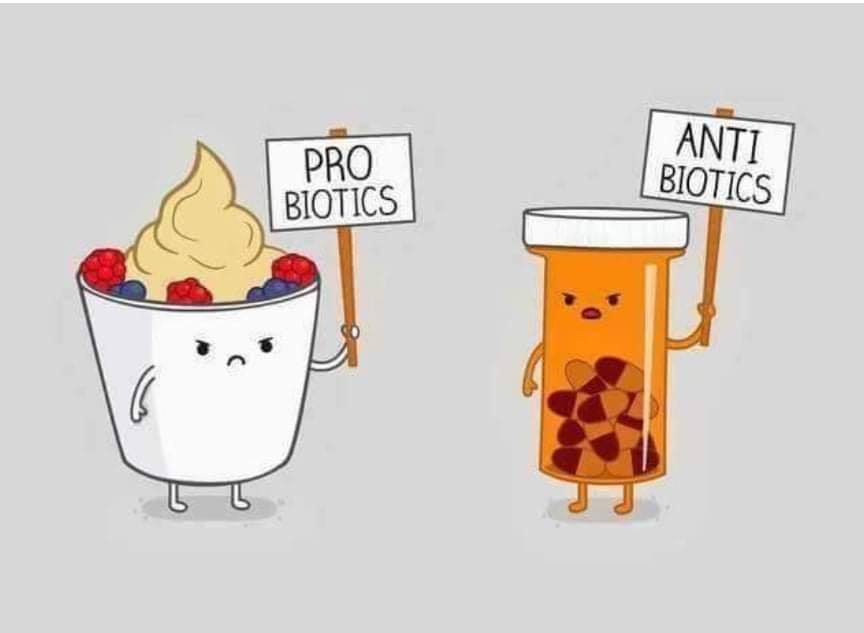 And, from GIPHY, Michelangelo for the next generation:

From Dom, a lovely weevil. He also sent a link to the species (here).

Another view of the New Zealand endemic black-spined weevil, Scolopterus penicillatus.
What's not to love? So round yet spiny, very shiny, little tufts of setae off the spines, a good weevil snoot. And check out those tarsal pads–beetle feet!

From reader Barry. If ever a pig looked fab, this is the one. And look at that expression! Sound up to hear some piggly grunts of pleasure.

She's getting her hair done and feeling fabulous ❤

Tweets from Matthew. Here’s the end of a many-hour courtship, and I can’t quite spot the moment of “climax”:

Courtship in whip spiders can last up to 10 hours. I don't expect anyone to wait this long, so for those interested in the final phase: The male secretes a spermatophore (Y-shaped stalk containing sperm) and lures the female to collect it. Remember these animals are almost blind! pic.twitter.com/euS3FnzZF1

Matthew and I love these murmurations, which are explained by the birds following one or two simple rules of movement. Amazingly, they never run into each other! (Well, hardly ever. . . )

I should have posted this tweet two days ago, but notice that Lyell’s book preceded Darwin’s own book on human evolution by 8 years. Lyell was, of course, one of Darwin’s mentors.

Charles Lyell's book the Antiquity of Man was published #OnThisDay in 1863! He reviewed the evidence for prehistoric humans once having lived alongside mammoths and examined #fossils including the first recognized Neanderthal. https://t.co/w61Det1rUO pic.twitter.com/paGroPvBpa

A sea angel, which is a form of sea slug—a mollusk. Sea butterflies, their prey, are also mollusks (gastropods), and I’ve put a video of one below this tweet.

Beautiful video of a graceful, albeit highly predatory, creature. They are called Clione limacina, so named as they feast on Limacina, or sea butterflies – angels eating butterflies! An occasional presence on our samples @thembauk @CPRSurvey https://t.co/MJMzkCWzud

Would you have guessed this is a mollusk?

Astro Christie (Christina Koch) returned to Earth, setting a record for U.S. women in space, just 12 days short of the male record. She’s now confined while they study what happened to her body and physiology during nearly a year at zero gravity.