I’m starting this feature up again, and I also have several “photos of readers” to post in that separate category. Please send in either your good wildlife photos (be sure to include Latin binomials) or one or two (no more) pictures of you doing something characteristic or interesting. Thanks!

Michael Glenister sent some diverse photos from Canada; his notes and IDs are indented.

I was recently part of a teacher excursion to the Bamfield Marine Sciences Centre in Bamfield, British Columbia.  It was organized through the Vancouver Aquarium to give us an idea of the student field trip options that were available there.

We were warned that there were two young cougars that had been sighted in the area, probably recently kicked out by mom to fend for themselves, but unfortunately I didn’t see them.  However we did see plenty of other wildlife during the 2½ day visit.

Not long after we arrived, we noticed a couple of humpback whales [Megaptera novaeangliae] in the bay.  I snapped a couple of pictures including the tail while diving, and it blowing after surfacing. 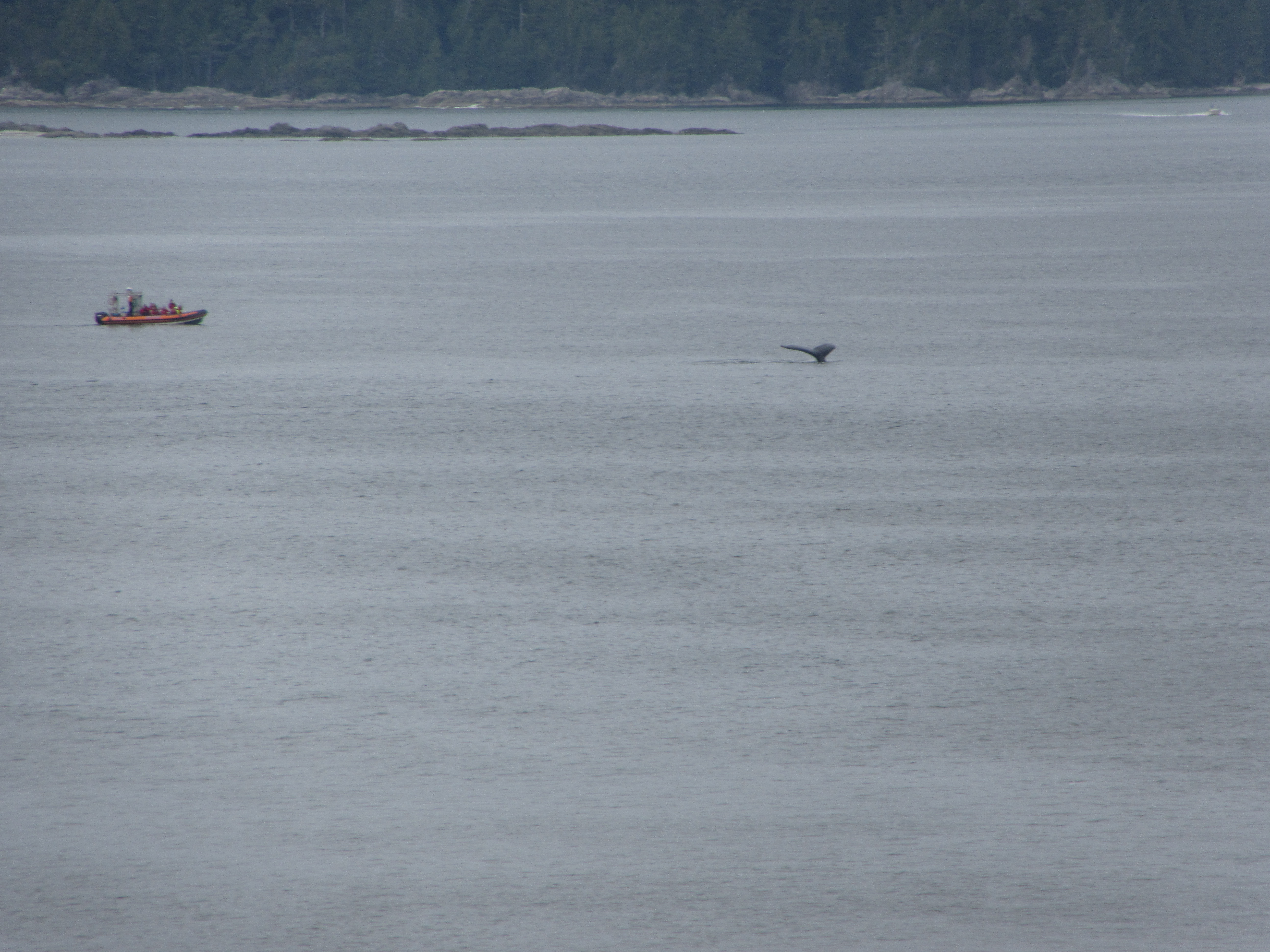 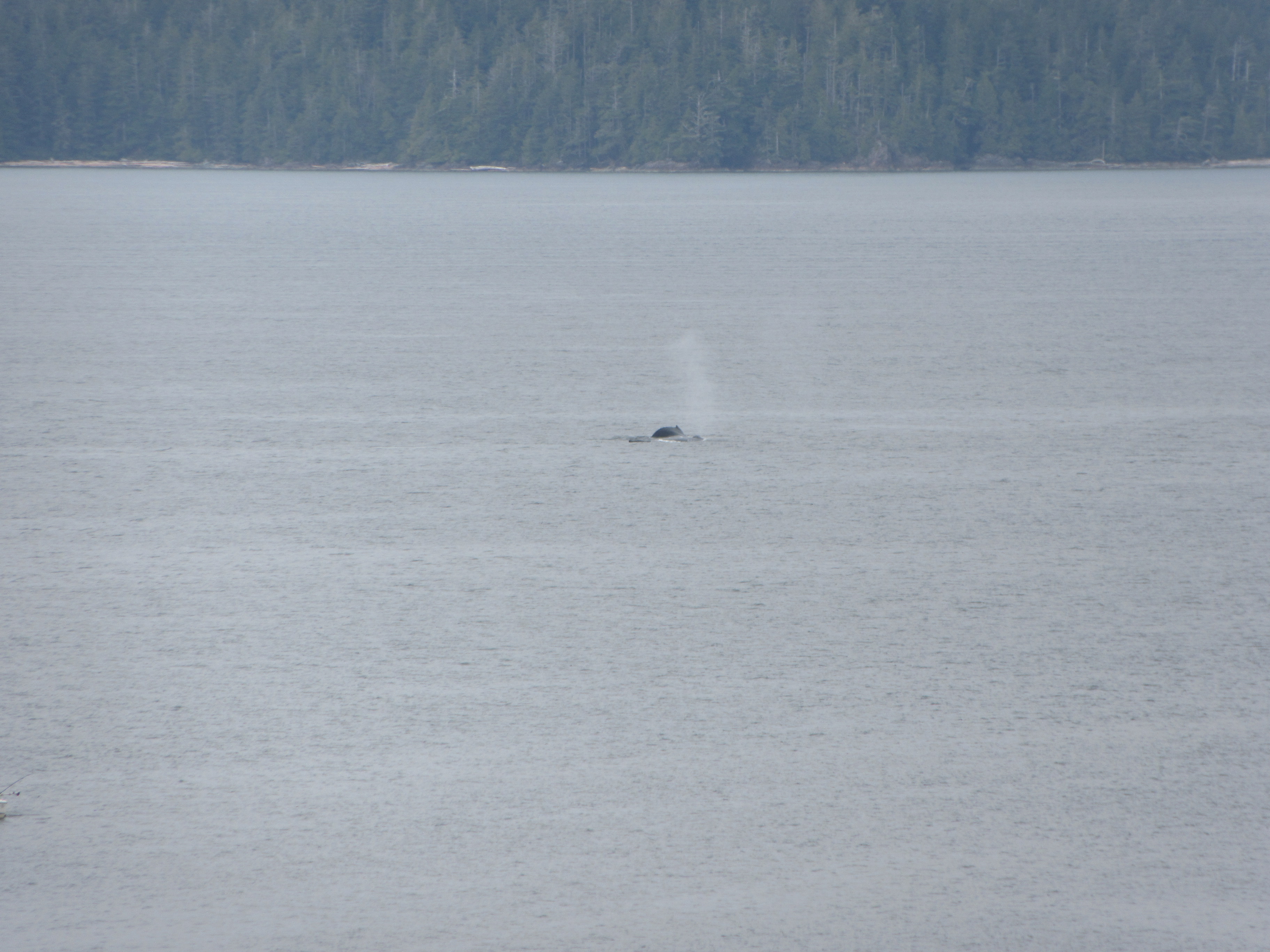 American black bears [Ursus americanus] come down to the shore at low tide to hunt for food.  I have some videos of this one turning over rocks to get at the crabs and other snacks underneath. 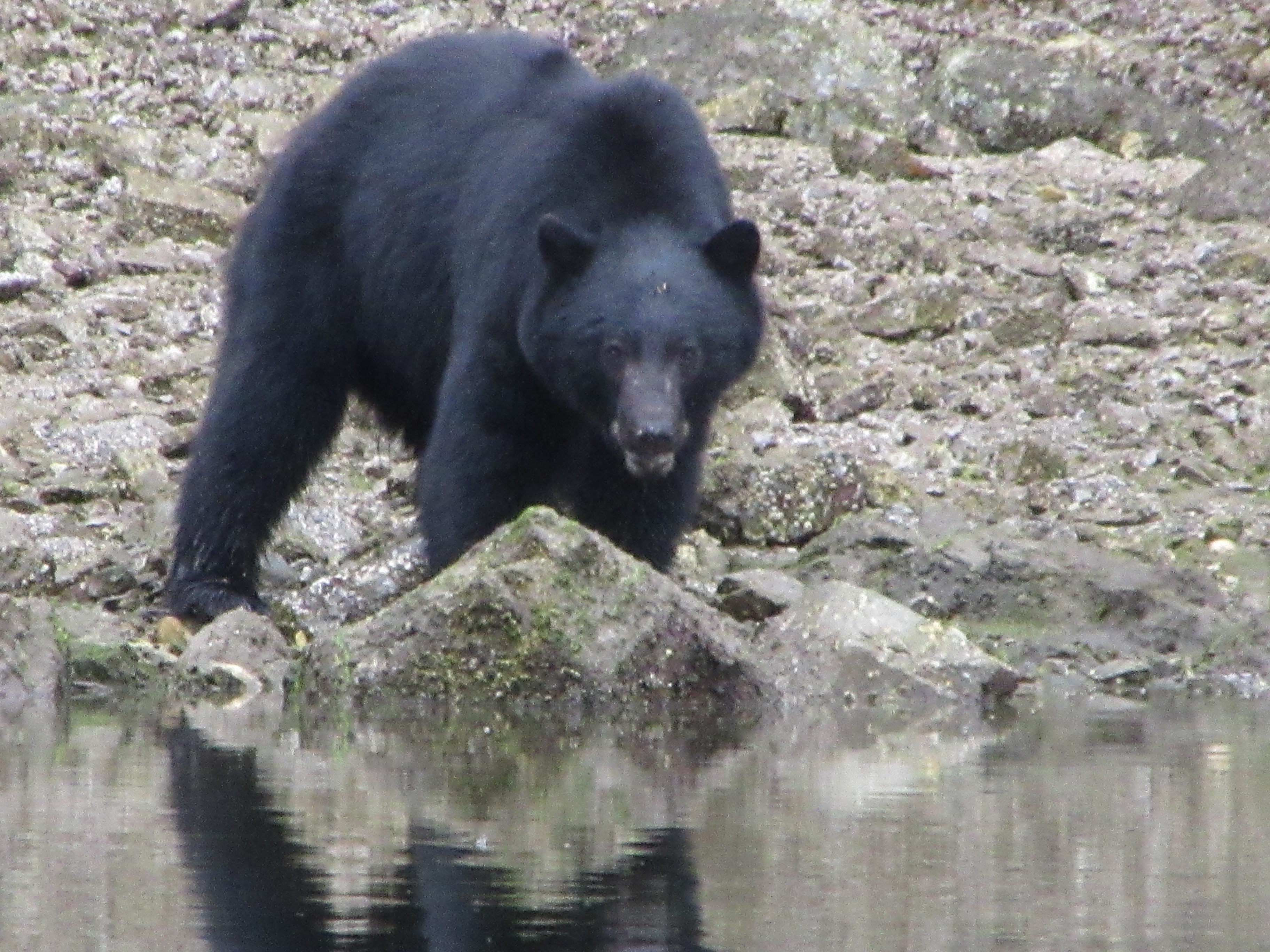 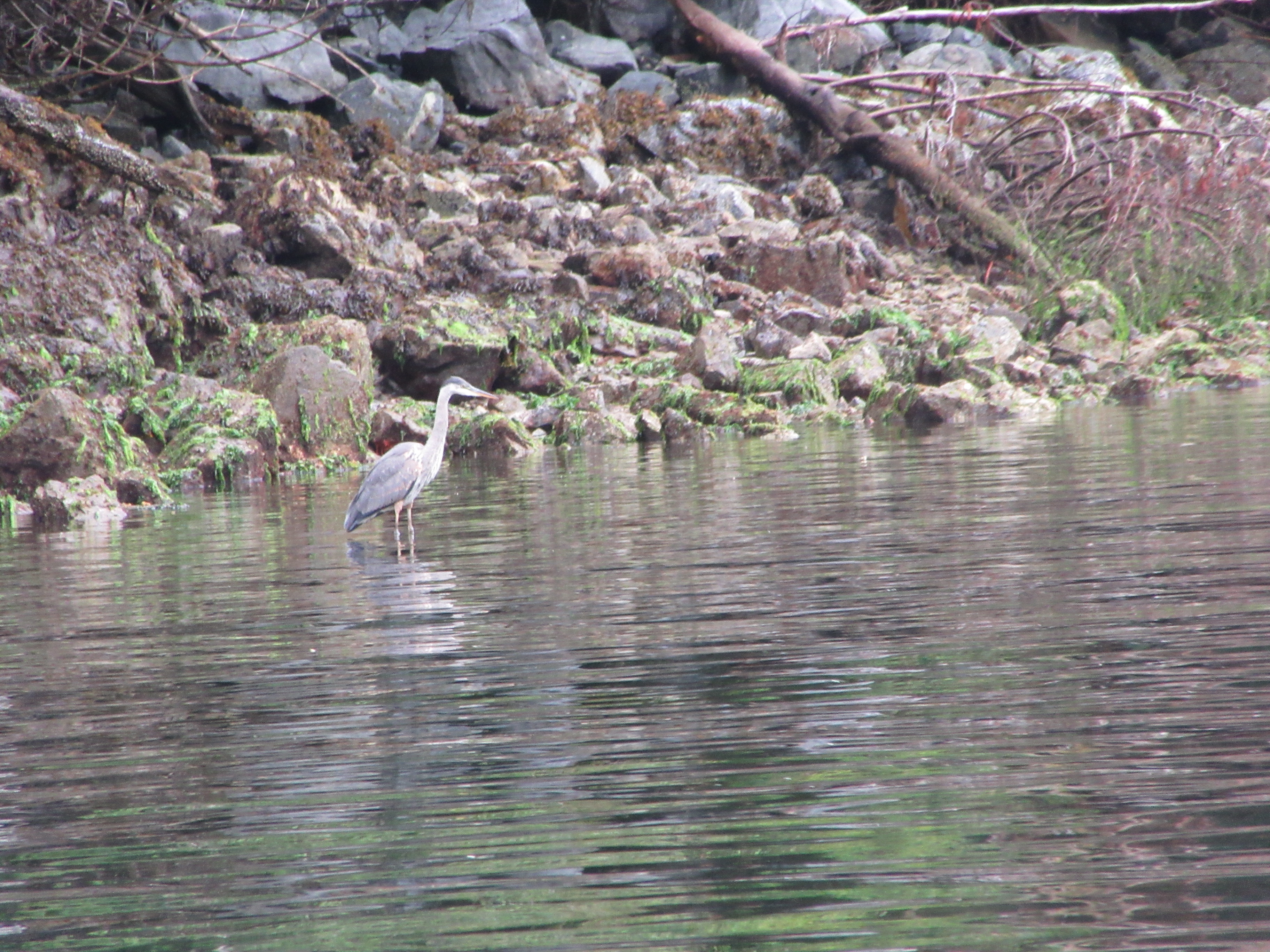 We went on a boat trip to visit some of the local islands.  This one had both Stellar and California Sea Lions on it (Eumetopias jubatus and Zalophus californianus, respectively). 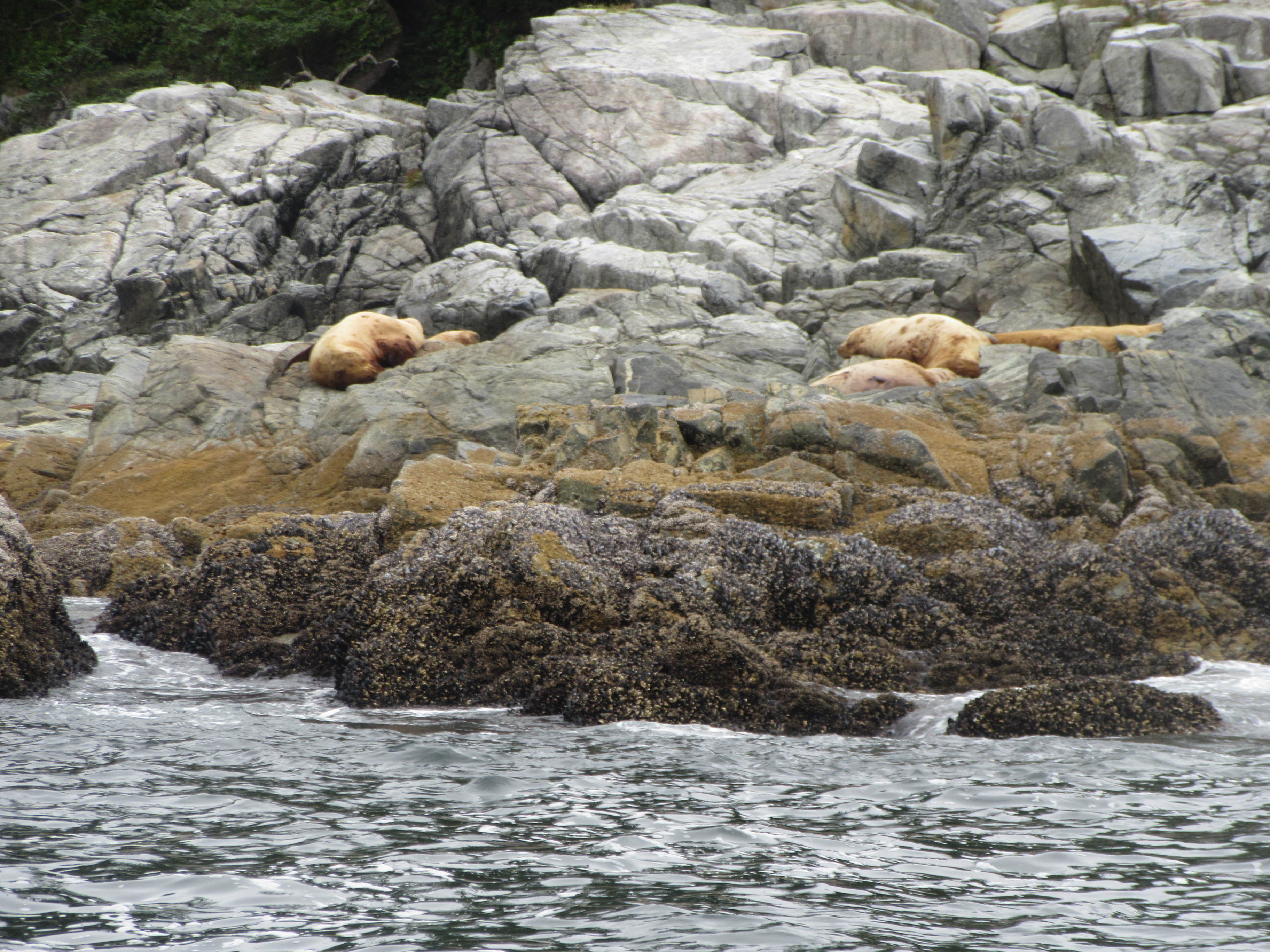 Another island had some Harbour Seals (Phoca vitulina). 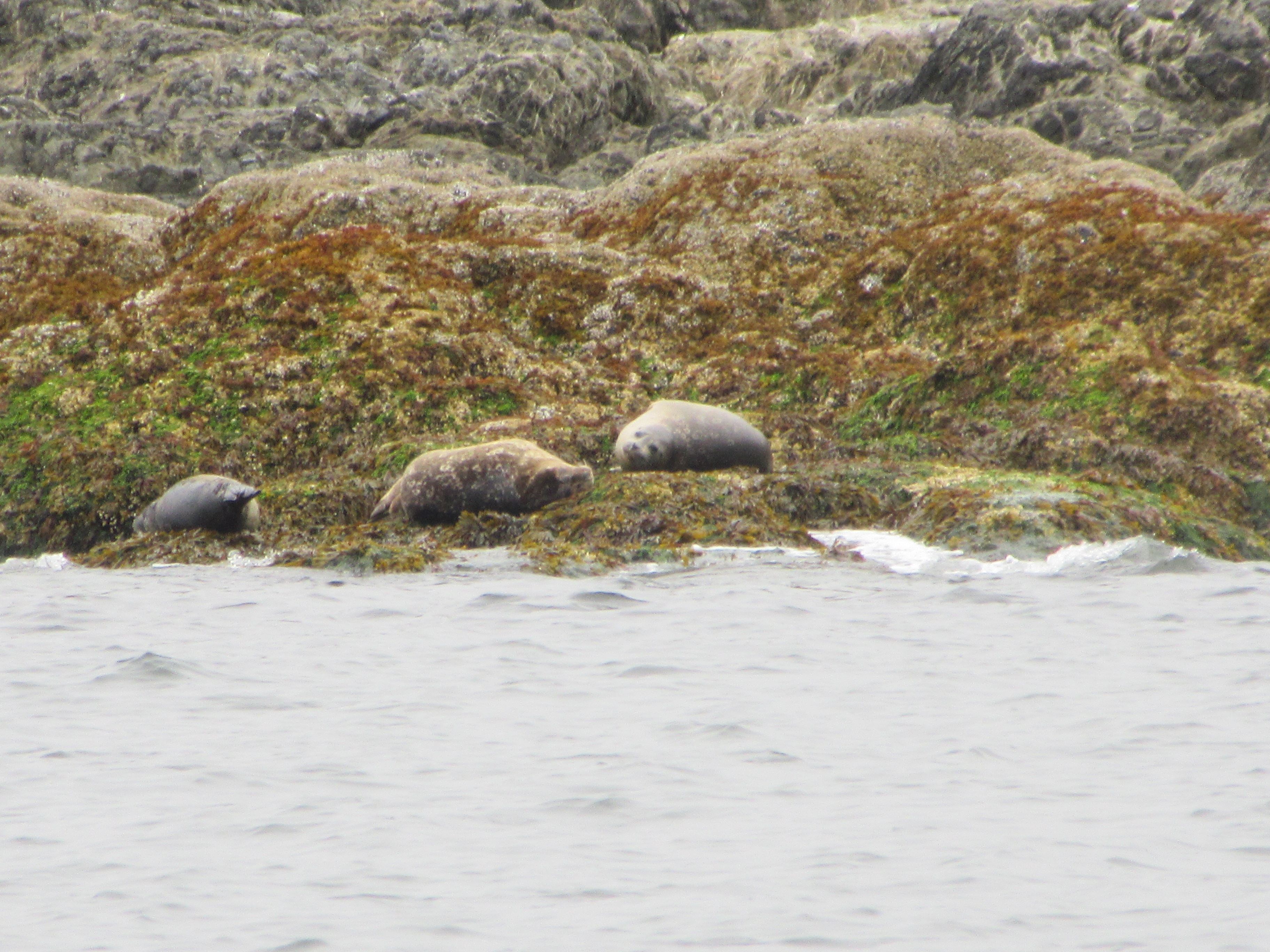